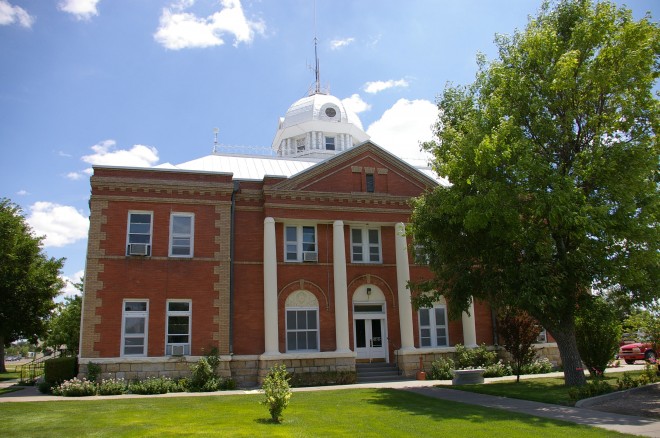 Union County was formed from the eastern portions of Colfax, Mora and San Miguel Counties, and was named for that formation of “union”. 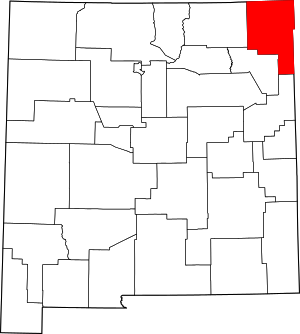 Description: The building faces north and is a two story red colored brick and concrete structure. The rectangular shaped building is located on spacious landscaped grounds in the center of Clayton. The building is constructed of blond and red colored brick on a sandstone foundation (this sandstone reportedly comes from the first Union County Courthouse). The corners of the building are defined by blond brick “quoins”. The main entrance, located on the southeast side, has arched windows with cast stone bas relief wreath decorations above the spandrel and protruding keystone and arched brick course which further decorate the windows. There are four large white colored columns rising to the top of the second story with a red colored brick parapet above. The secondary major entrance is on the southwest side. At the center of the roof is a large white colored octagonal dome with white roof. The interior has oak floors with wooden baseboards, plaster walls and pressed tin ceilings with corner molding. The stairway is wooden with a wooden balustrade, turned balusters, and paneled newel posts. From the main entrance on the long, north side of the courthouse, stairs inside double back on either side to a landing above the entrance. A single broad stairway lead on to a small vestibule outside the County District Court courtroom. Double doors open to the gallery of the rectangular courtroom. The courtroom has a carpet and oak floor, and a pressed tin ceiling with hanging light fixtures. The furniture is oak, with paneled judge’s desk, and bookcases lining the gallery. A narrow staircase ascends to the observation platform in the dome. The building houses the County District Court of the 8th Judicial District. On the northwest side are the Original County Jail and Sheriff’s Office.

See:  The courthouse is the oldest courthouse in New Mexico still functioning as a courthouse. The oldest former courthouse built in 1874 is located in Lincoln County. 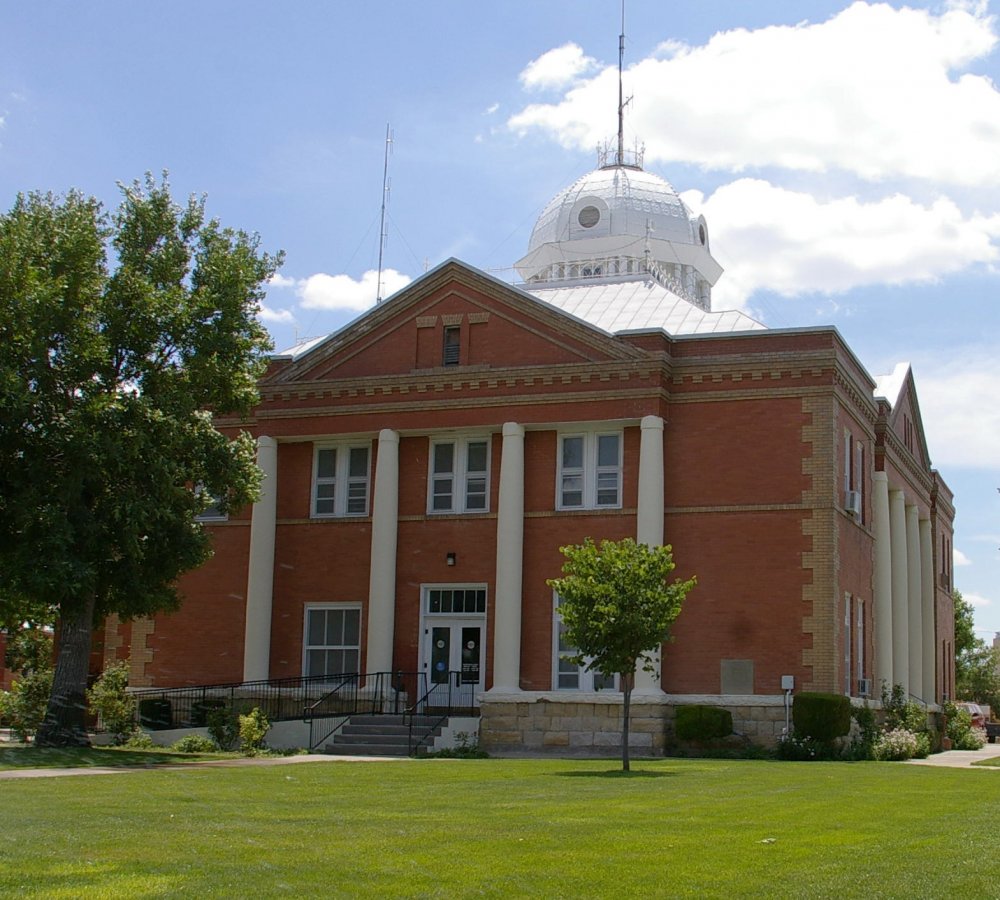 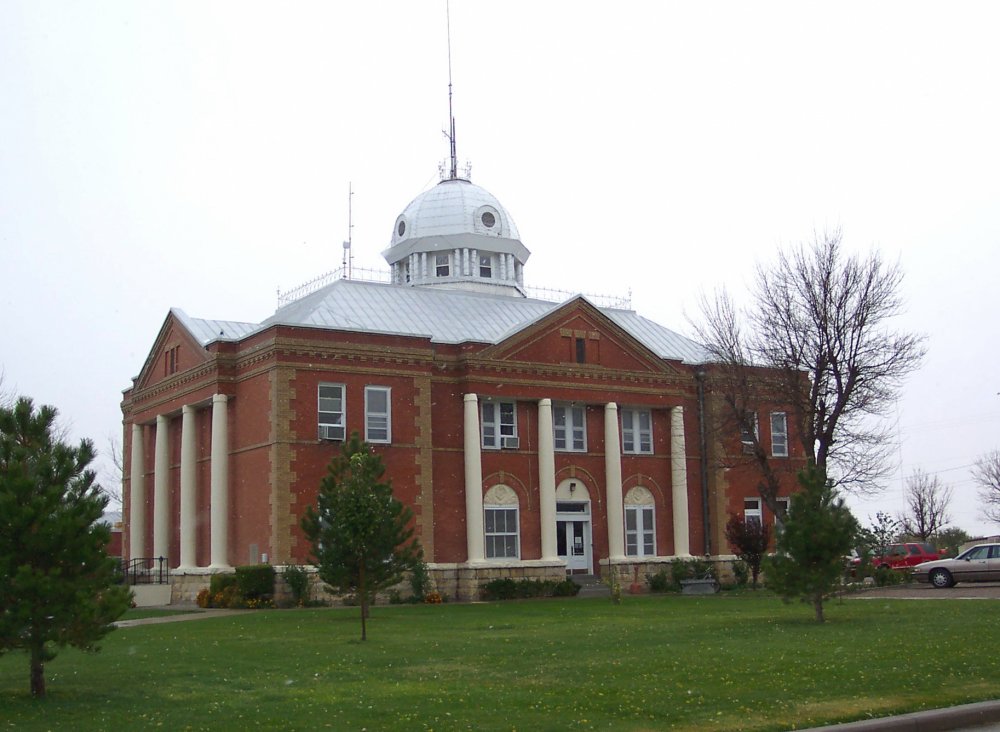 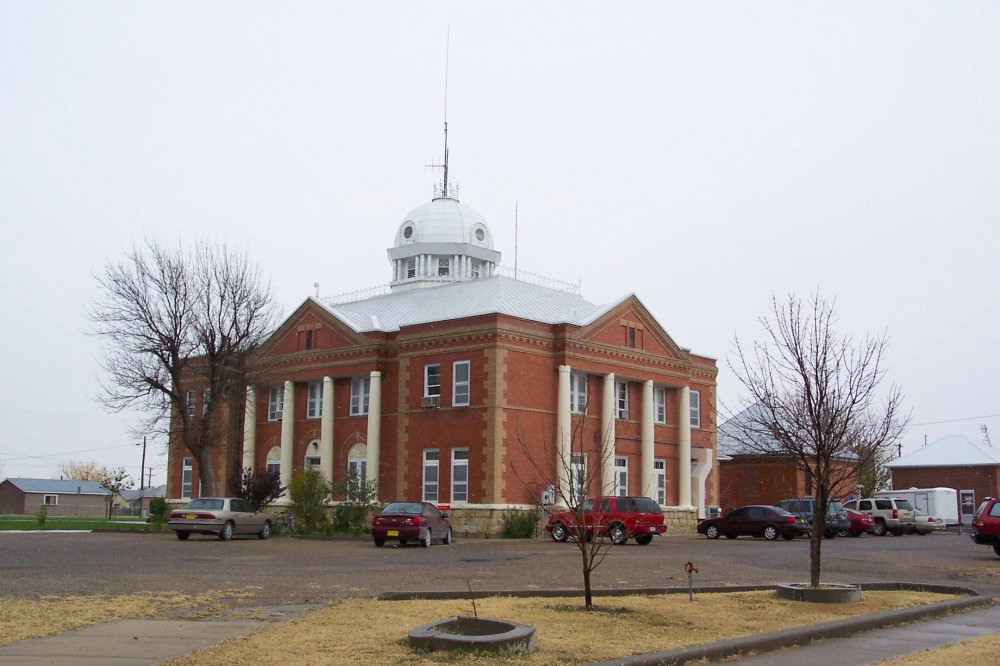 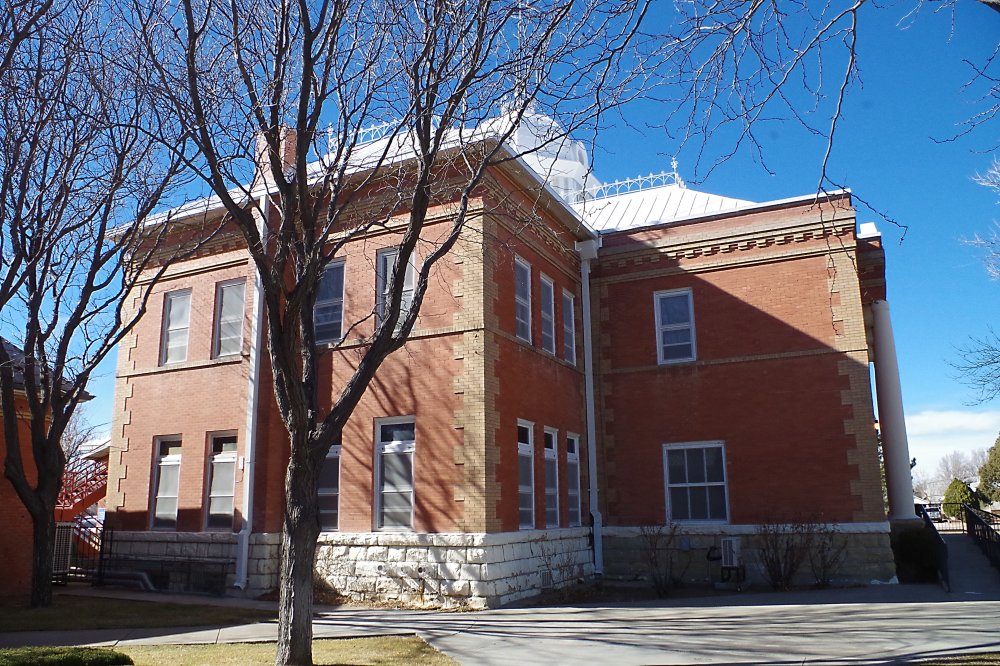 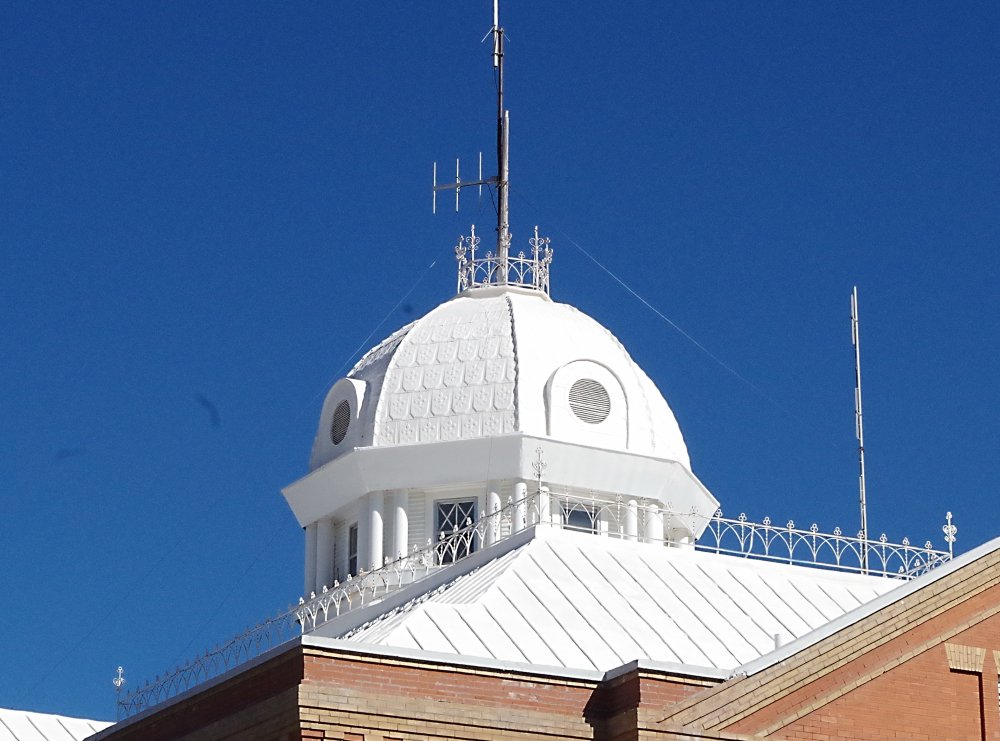 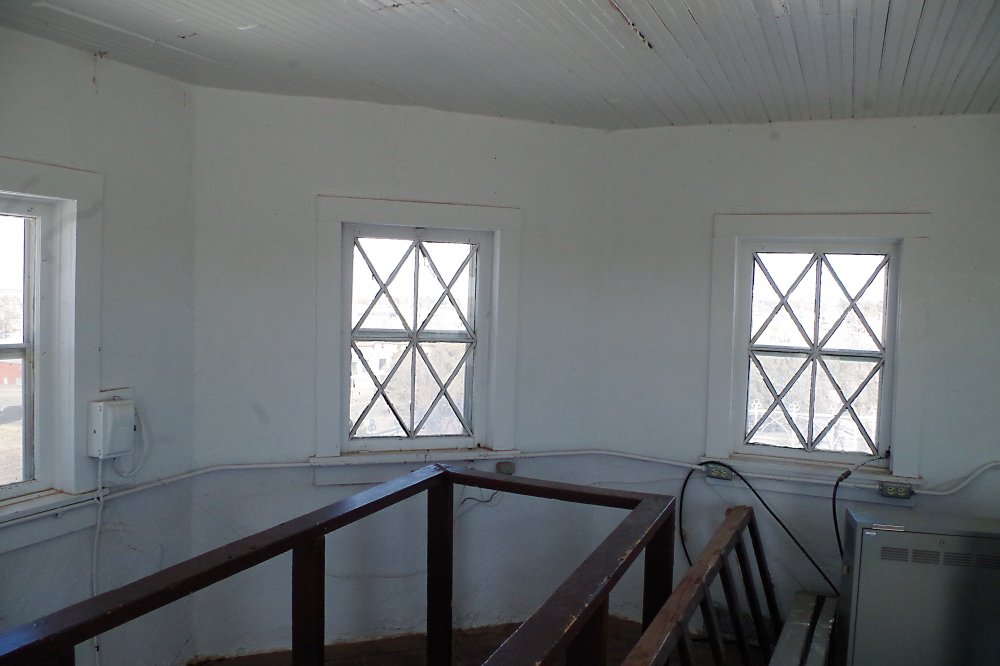 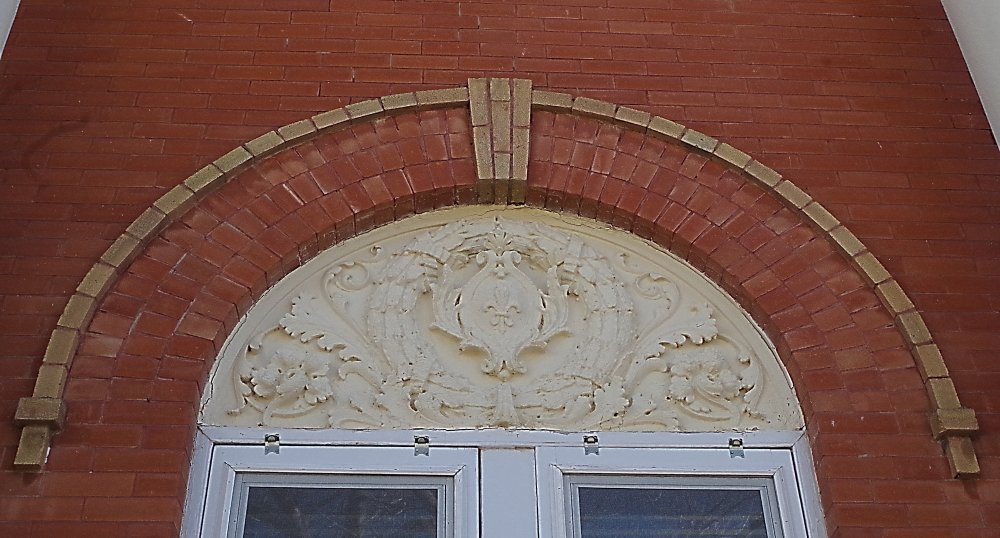 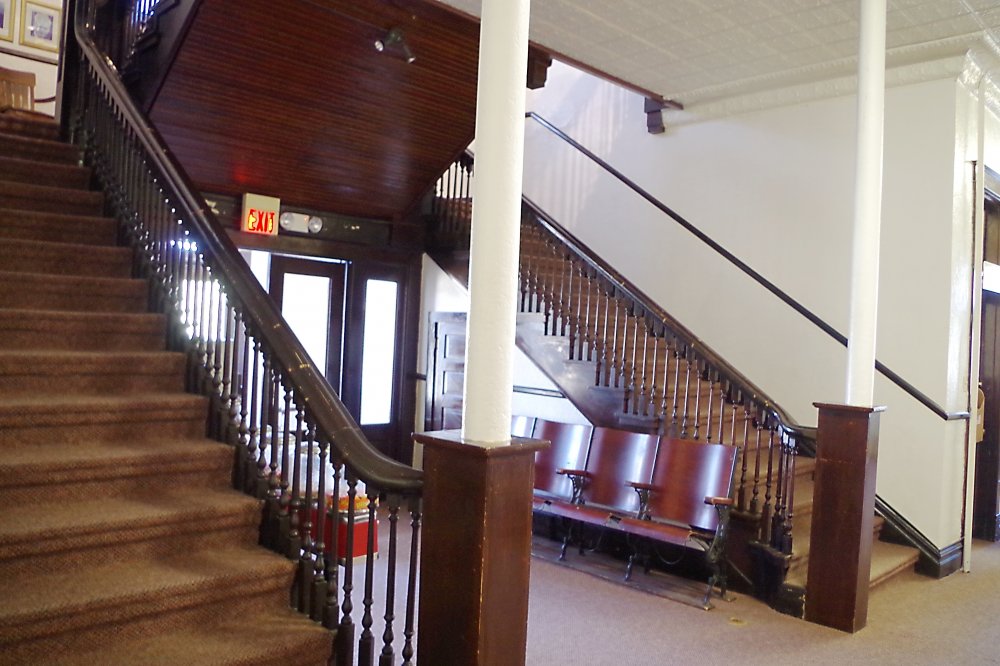 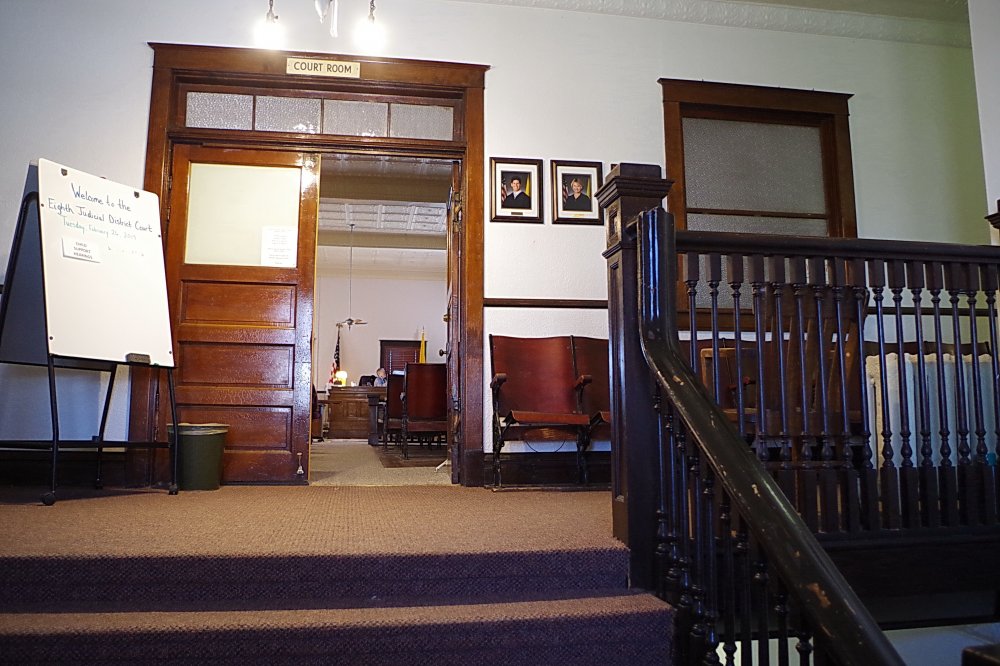 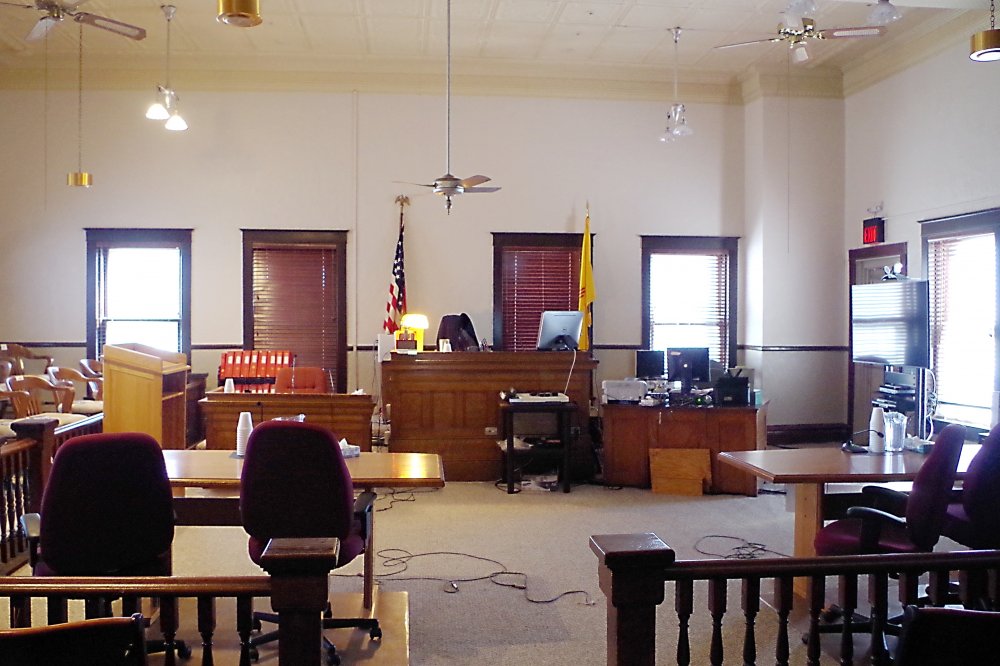 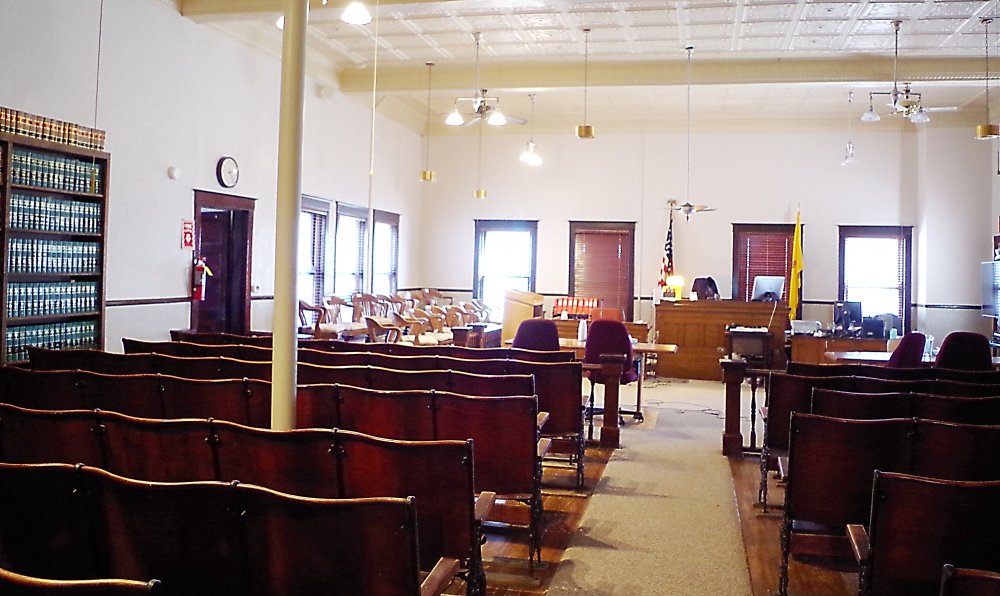 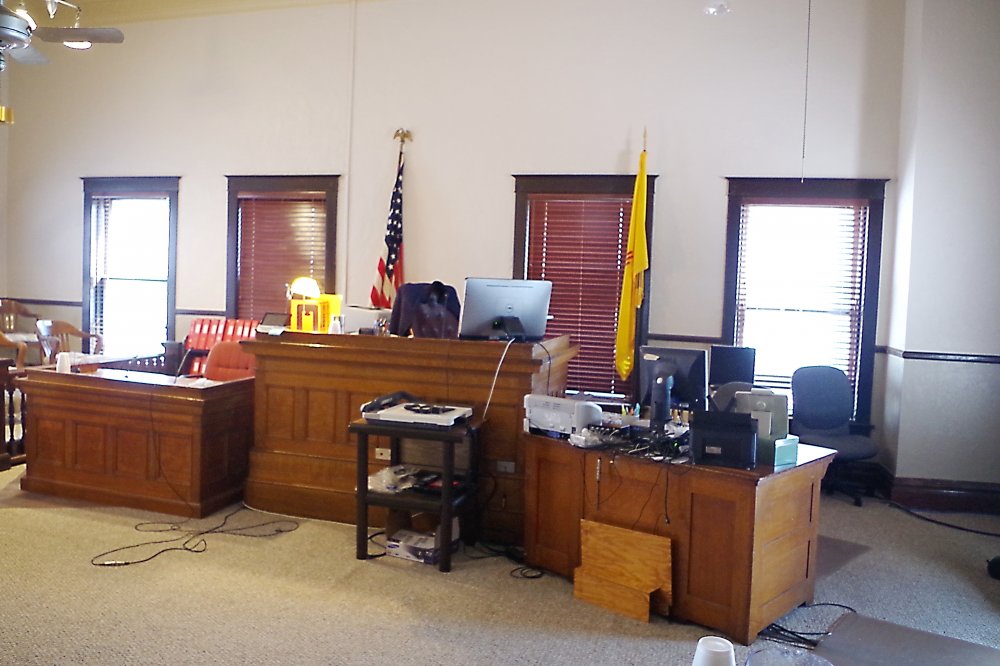 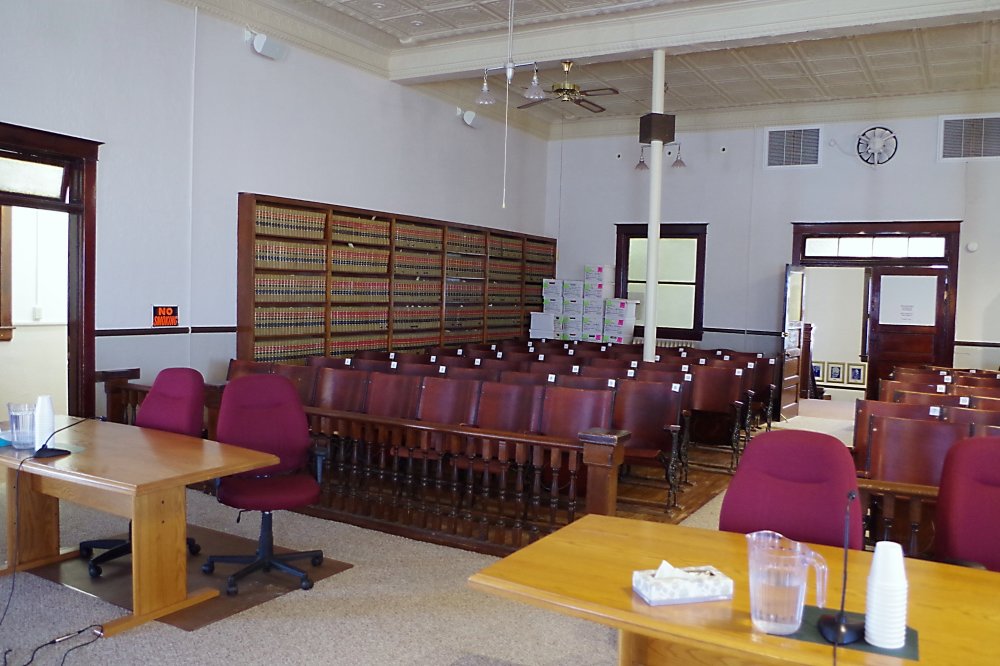 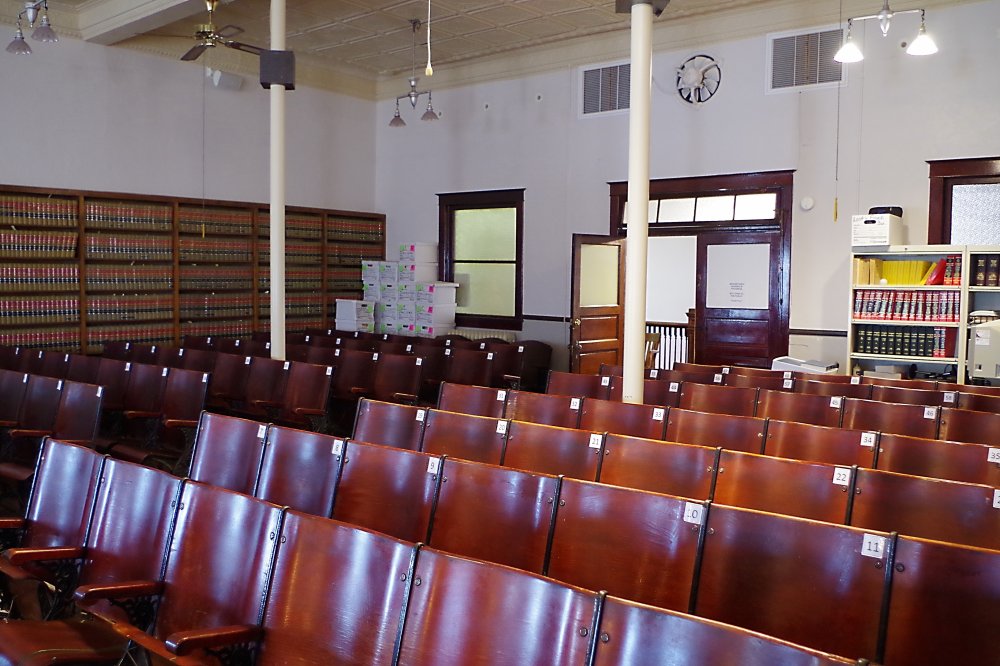 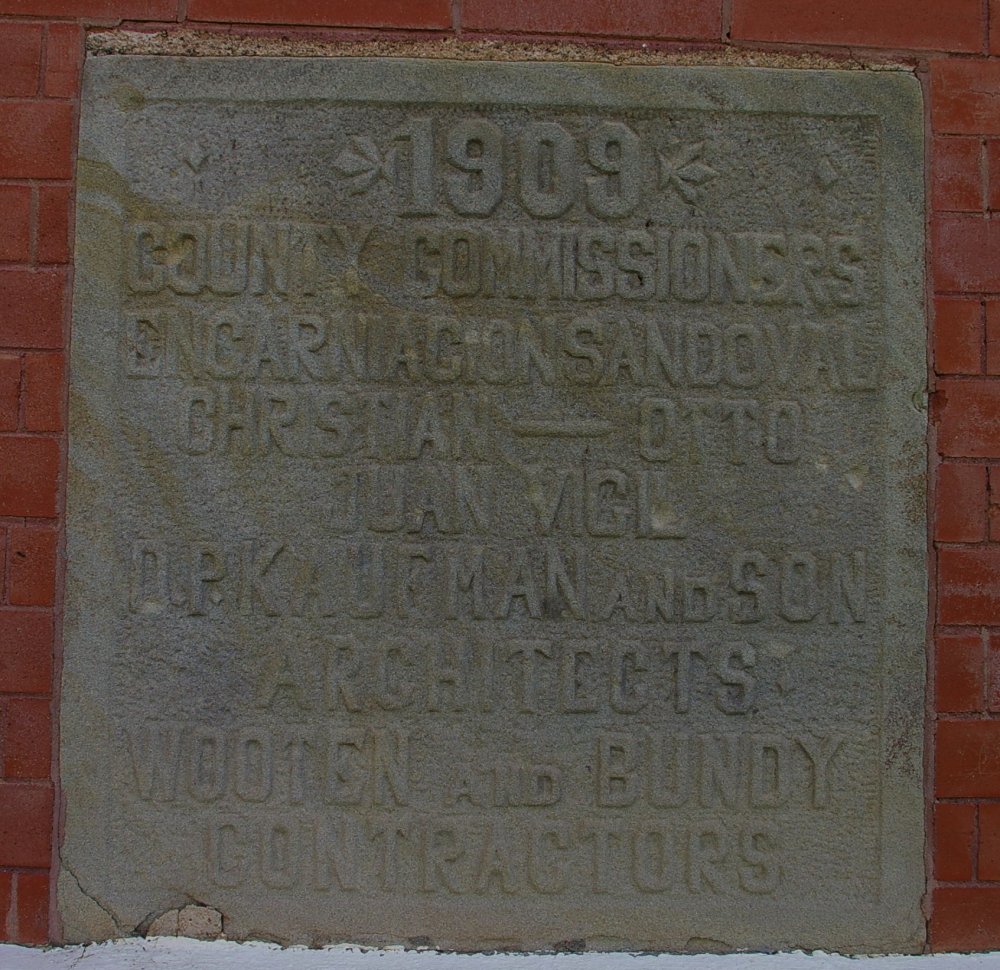