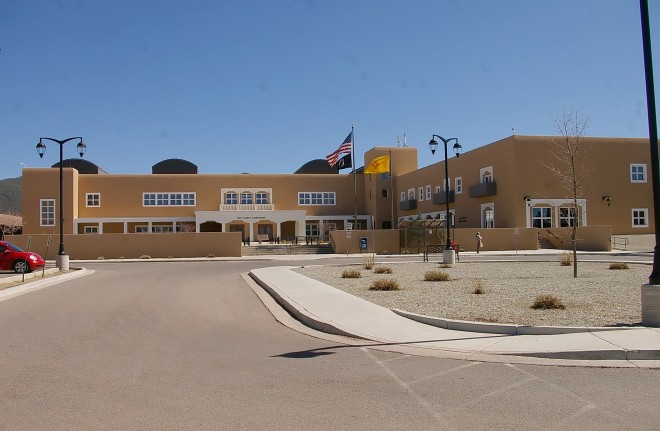 Taos County is named after the ancient Indian Pueblo which the Spanish explorers found when they arrived in the area in the 16th century.

Contractor:  H B Construction of Albuquerque

Description: The building faces west and is are a complex of two story yellow colored stucco and concrete structures. The complex is located on spacious grounds and is a complex of three two story structures to the south on the center of the city.  At the center is the Courthouse, on the south is the Administration Building and on the north is the Detention Building. The Courthouse has a white colored one story portico. The interior has a high central atrium. The buildings are named as the Taos County Administrative, Detention and Judicial Complex. 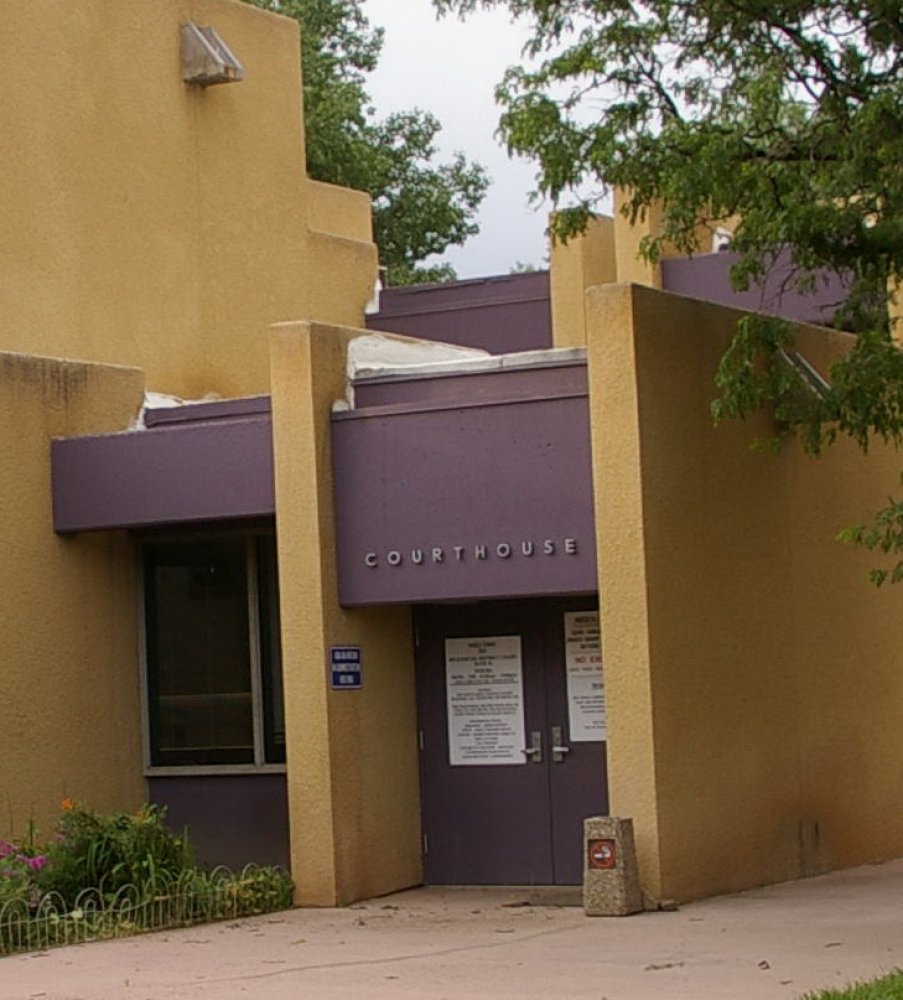 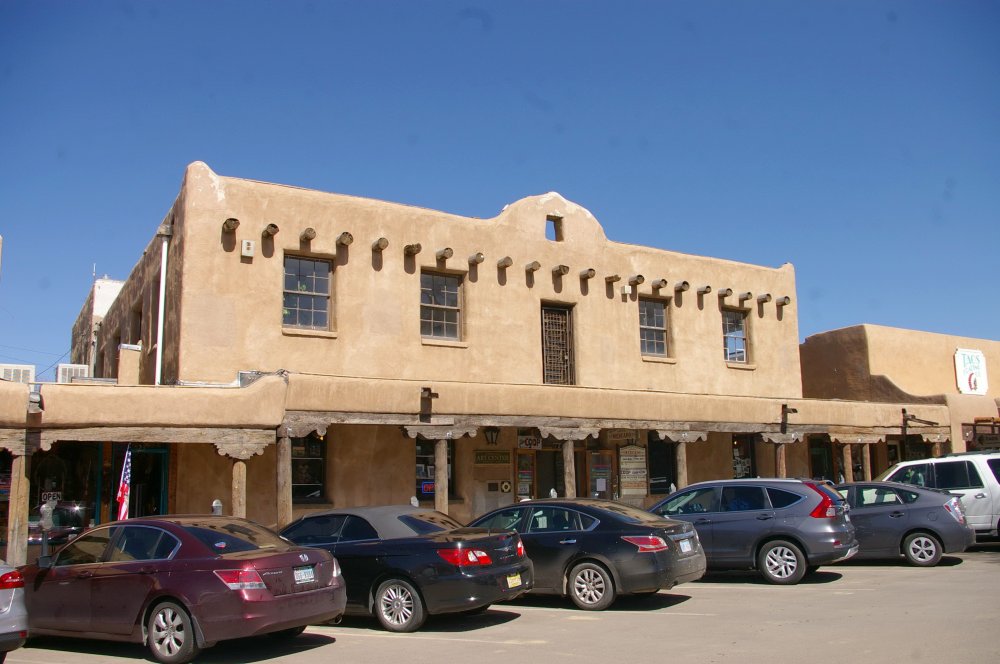 Description: The building faces south and is a two story cream yellow colored stucco and wood structure. The building is located on the north side of the Taos Plaza in the center of the city. The south front has a recessed porch on the first story with central entrance. Below the roof line are logs which project from the building. The roof line is flat. This was a Works Progress Administration project. The building contains murals depicting social justice and were commissioned by the Works Progress Administration for the courtroom on the second floor. The murals were done by Emil Bisttram. On the first story is the old jail.

Note:  The previous courthouse was built in 1839 on the plaza. The building was destroyed by fire on May 9, 1932 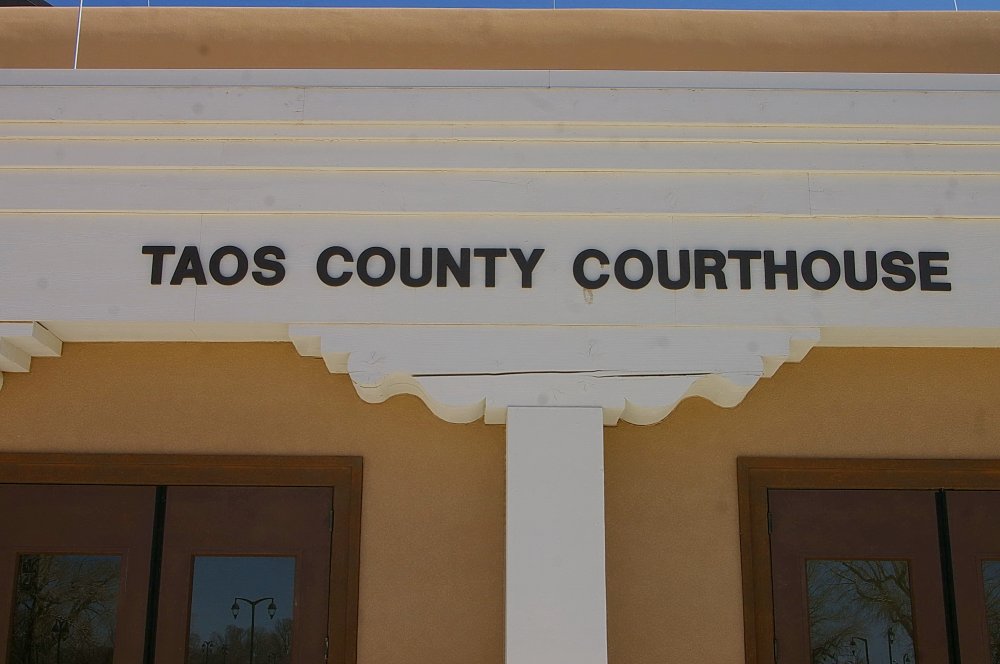 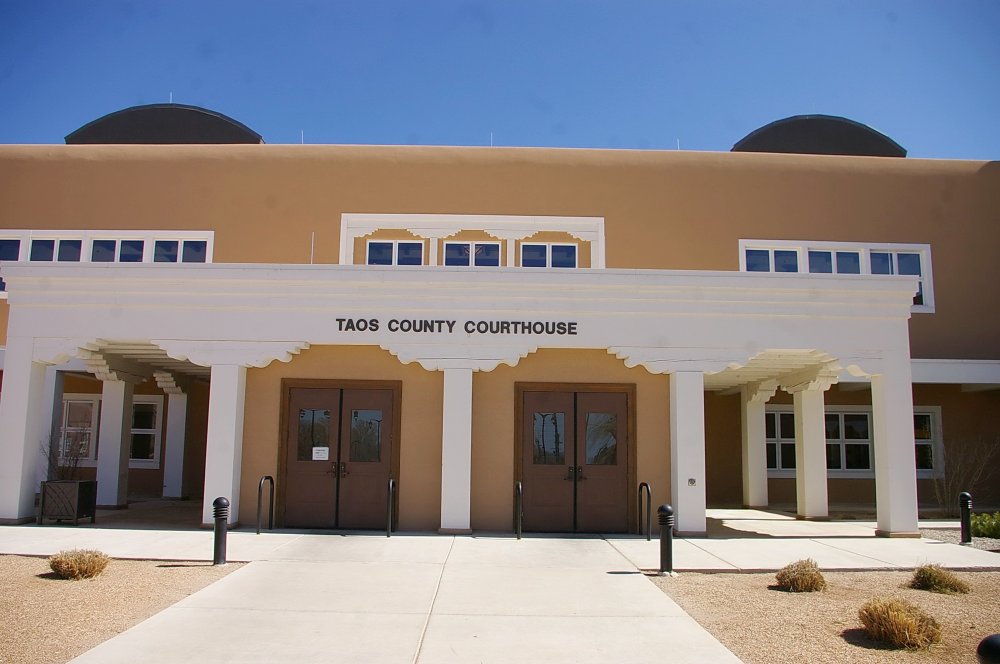 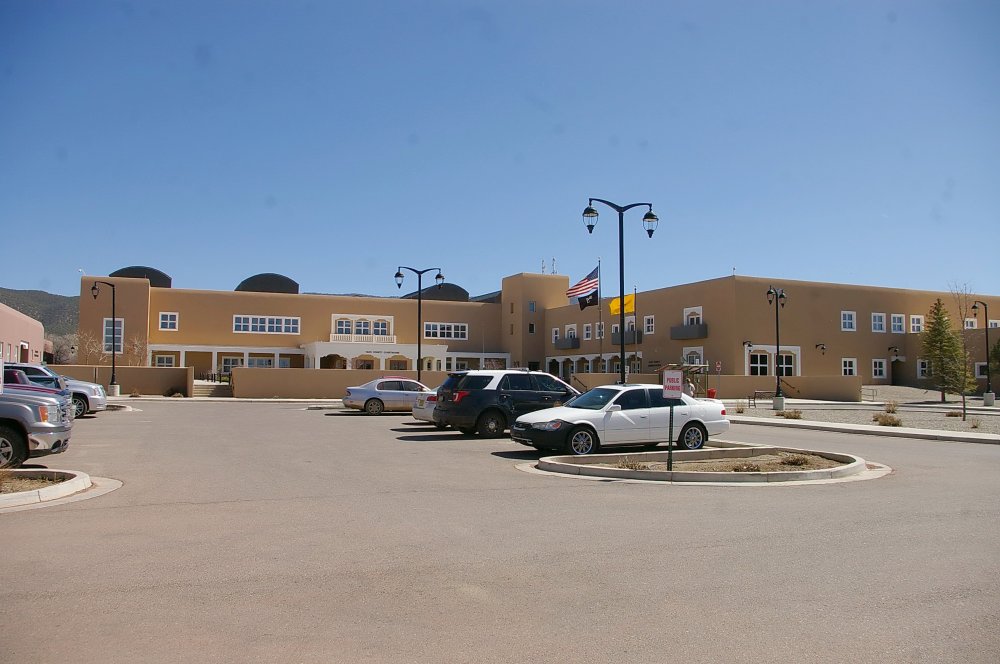 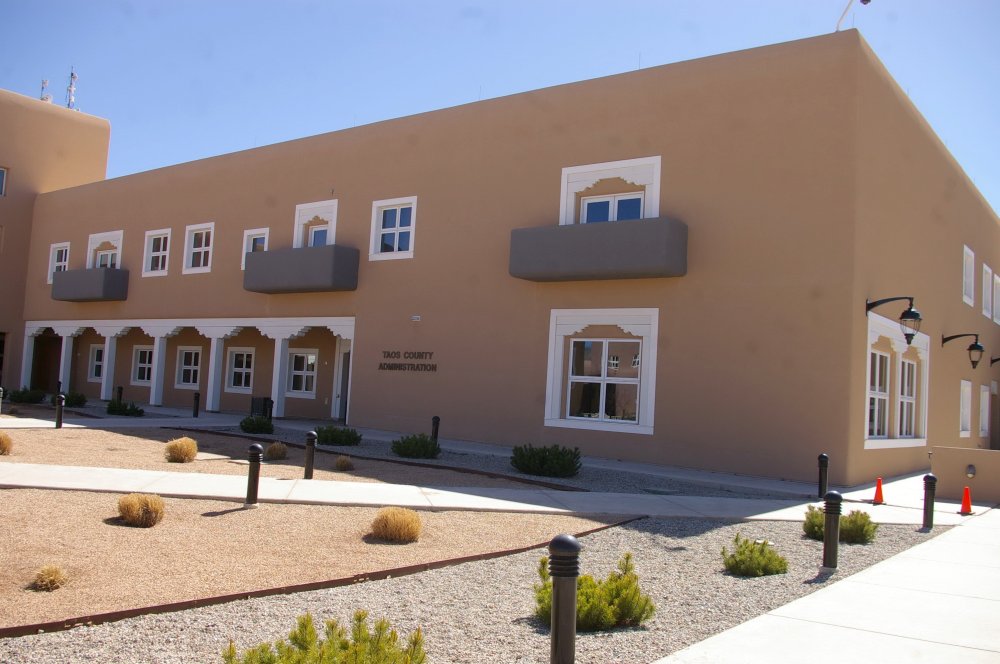 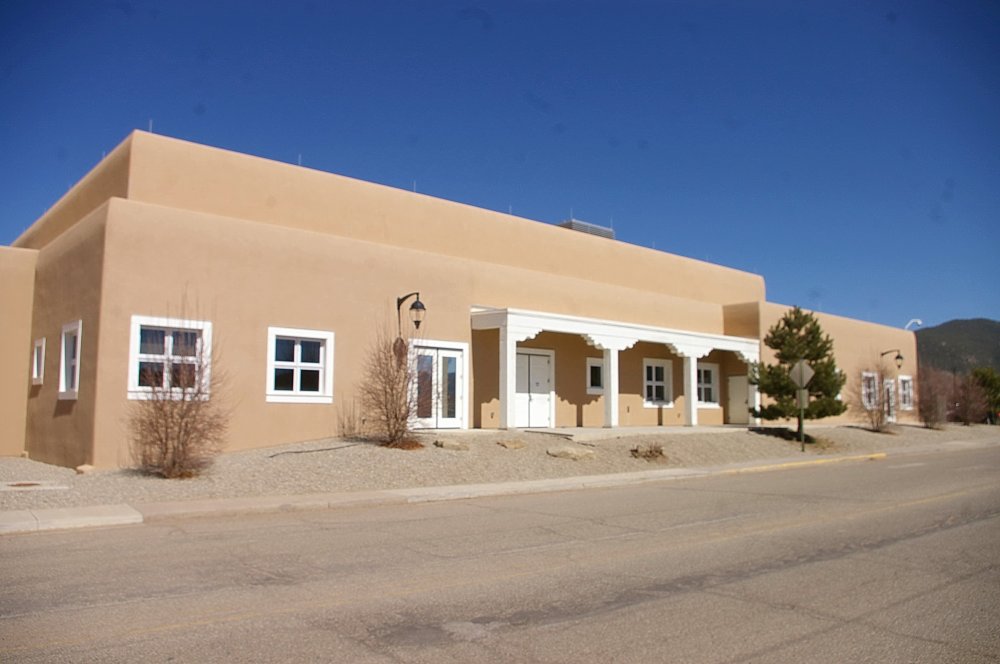 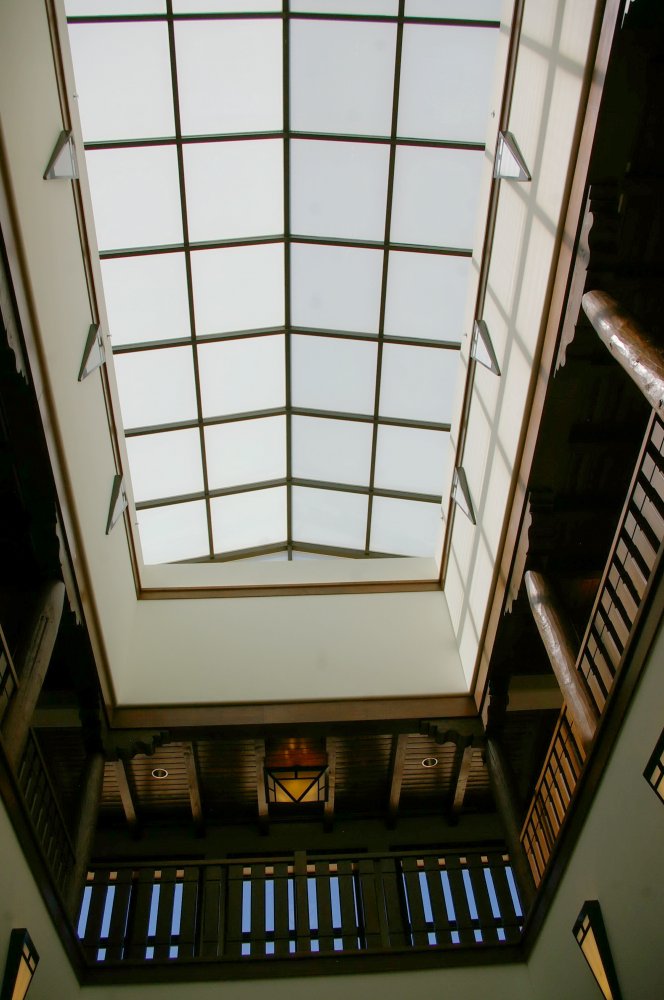 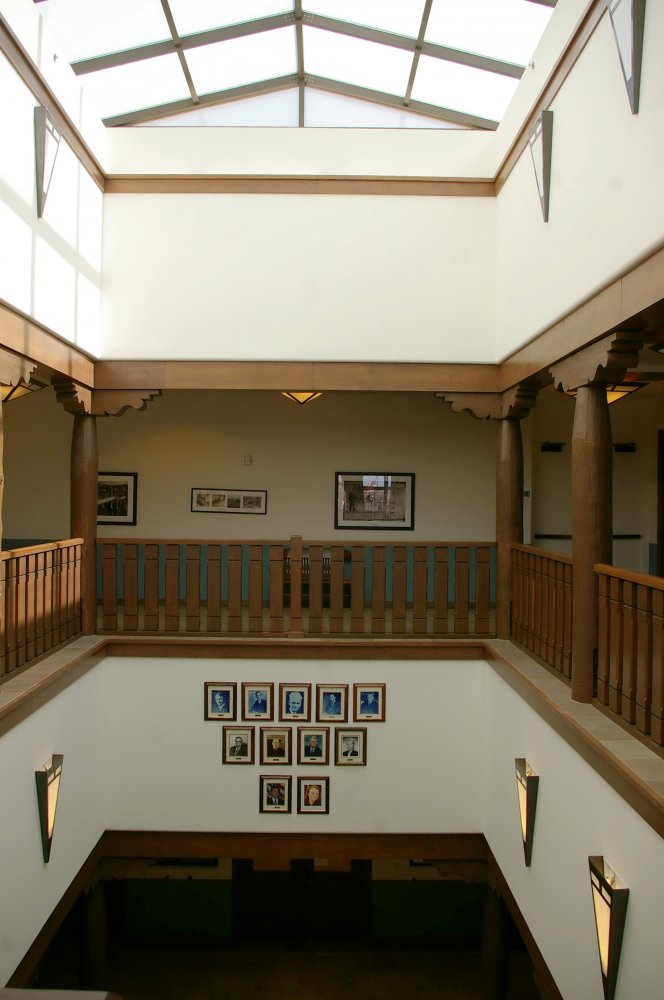 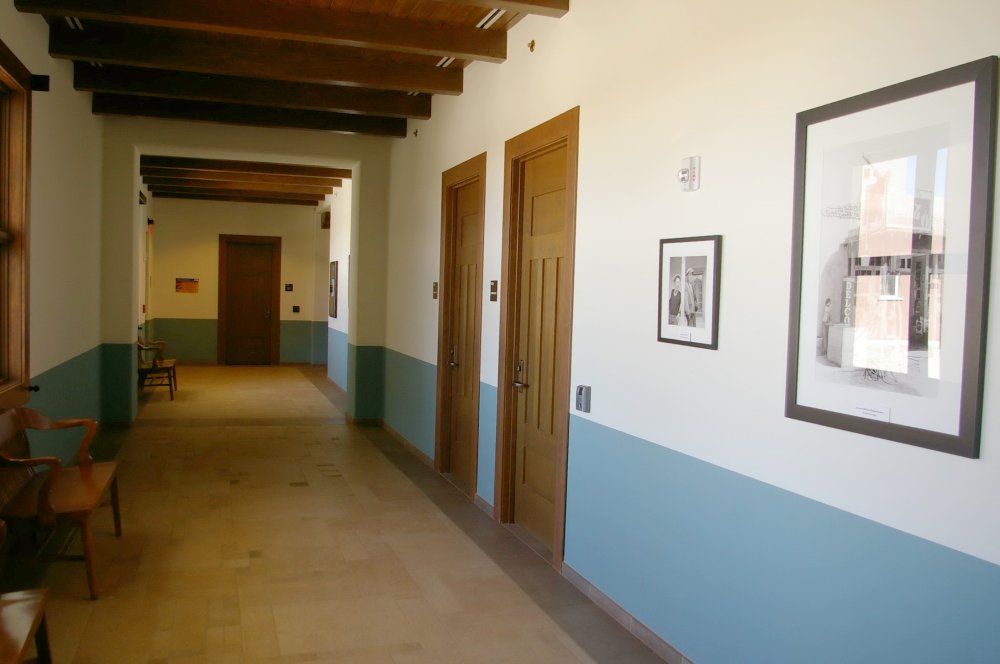 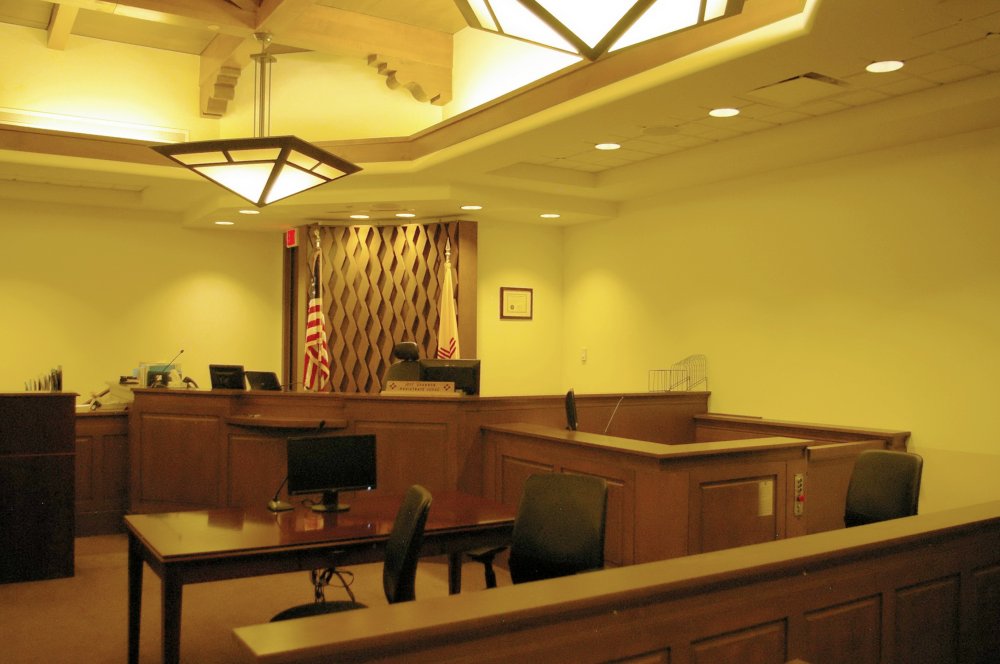