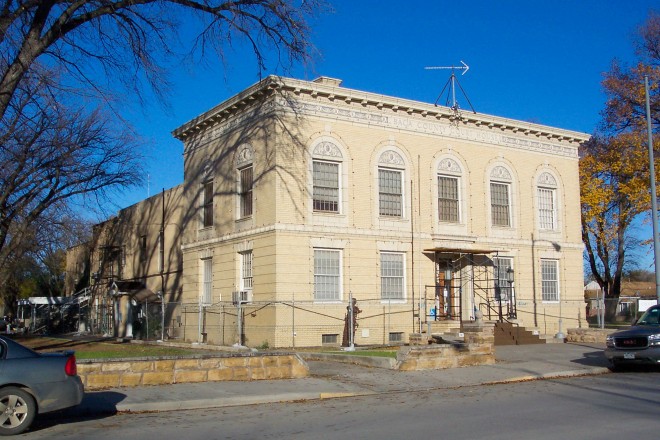 Baca County is named for Felipe Baca, who was a pioneer and a Colorado territorial legislator. 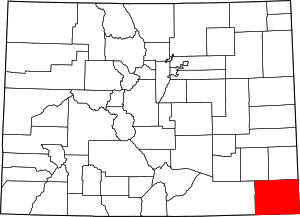 Description: The building faces east and is a two story buff colored brick and concrete structure. The  building is located on landscaped grounds in the center of Springfield. The east front of the building has a small overhang at the central entrance on the first story. The windows on the second story are arched. A wide cornice follows the flat roof line. The building houses the County District Court and County Court of the 15th Judicial District.The building was remodeled in 1929 and 1930 when the east front was changed. The architect was Mountjoy and Frewen. An addition extends west from the main building in 1935 to 1937 and is constructed with stone. The architect was E C Measel and the contractor was the Works Progress Administration. In 1980, orange colored brick was added to the north side of the building which is now the main entrance. The building was remodeled. The architect was Akin Olshin Schade Architects and the contractor was White Construction Group.

History:  The county was created in 1889 and Springfield was selected as the county seat. The county purchased the largest hotel in Boston for the sum of $6.000, payable upon delivery of the hotel if it was right side up and was handled with care. This structure burned to the ground the day before its final delivery. The first courthouse was built in 1890 and later burned. The second and present courthouse was built by Ed Pierson in 1916 to 1917 for the sum of $3300 for a building two stories and 40 feet by 60 feet, including one vault and a concrete floor. The courthouse was damaged by fire and remodeled in 1929 to 1930. Pauly Jail Building and Manufacturing Company built the first jail in 1889 to 1890. 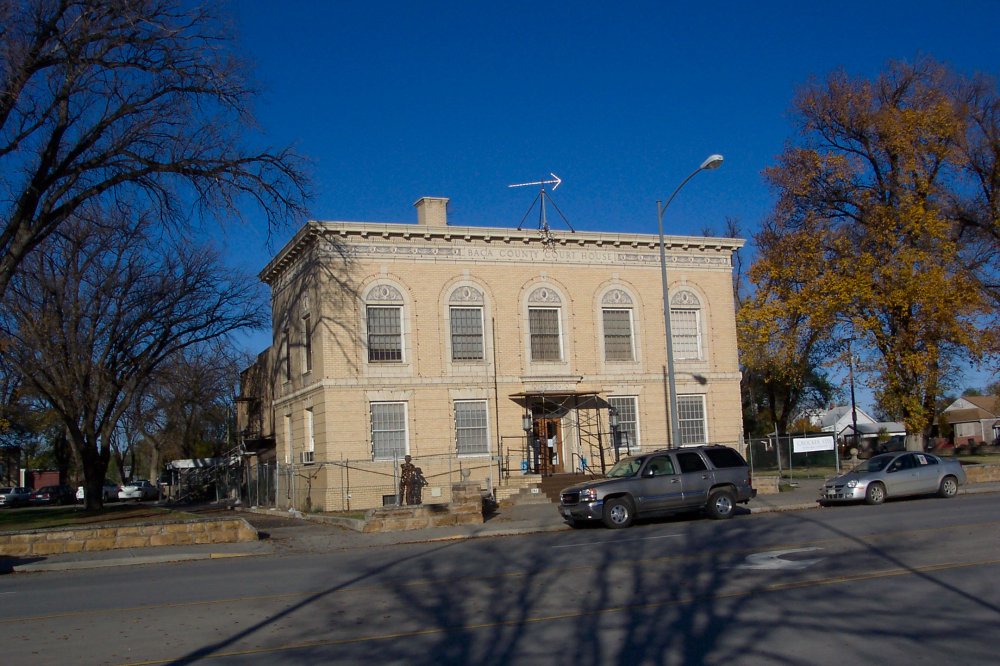