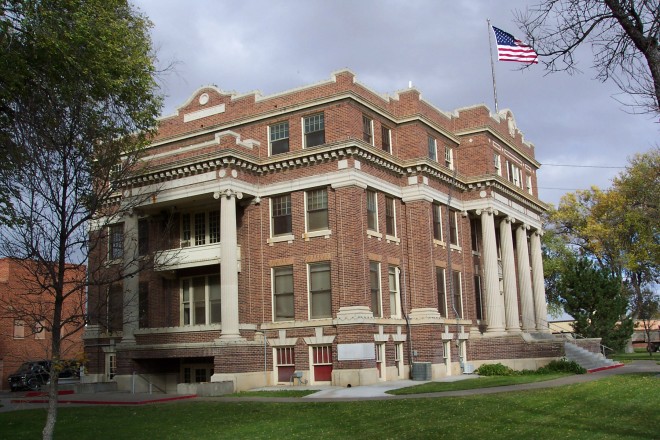 Dallam County is named for James Wilmer Dallam, who was a lawyer and newspaper publisher.

Description:  The building faces south and is a three story brown colored brick and concrete structure. The building is located on landscaped grounds in the center of Dalhart. The building has a raised basement. The south front has a small portico supported by four high Ionic columns. On the east and west sides, the porticos have two high columns. A band of white colored stone trim follows the top of the columns around the building and above that is a decorative cornice and near the roofline is a narrow band of white colored stone trim. The roof line is flat. In the interior, the entrance vestibule is small and there are staircases on the east and west sides. The County Court courtroom is located on the first story and the District Court courtroom is located on the second story and used to rise into the third story with a balcony. The building houses the State District Court, Constitutional County Court and County Justice Court. The Annex was constructed in 1957. 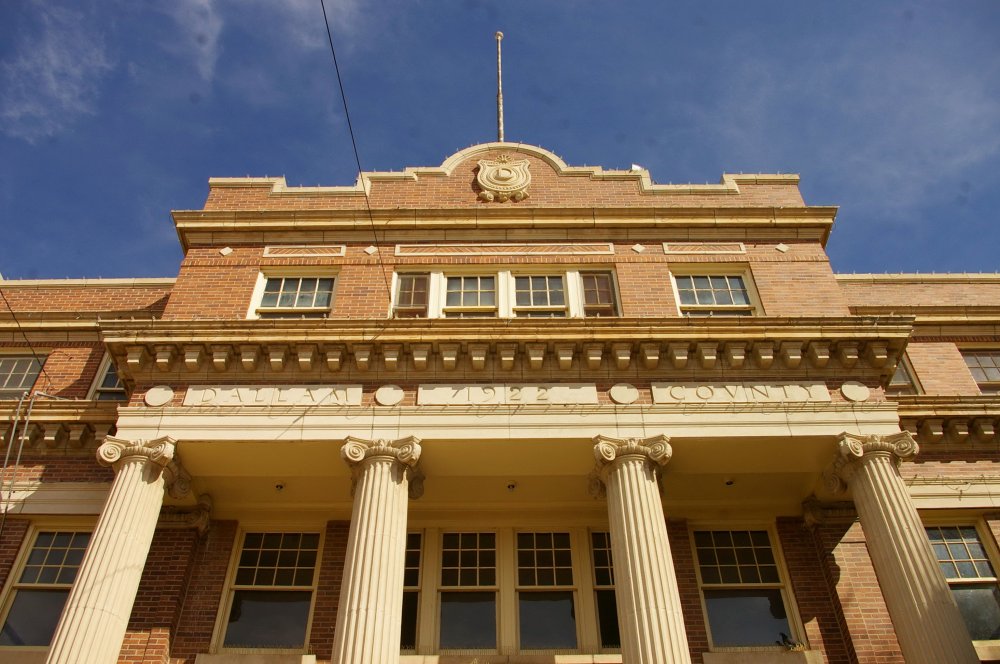 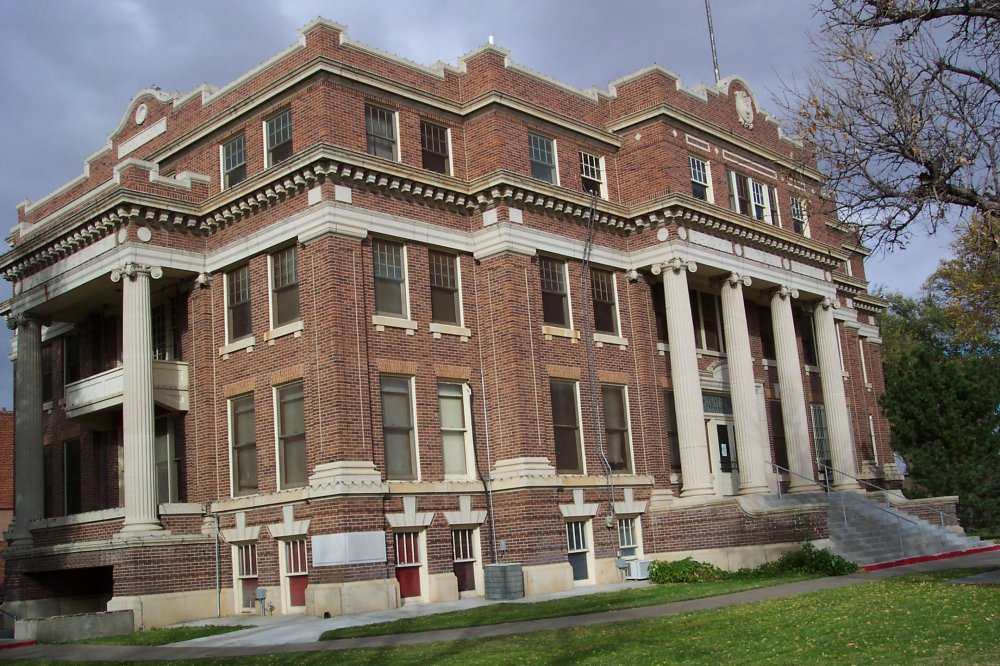 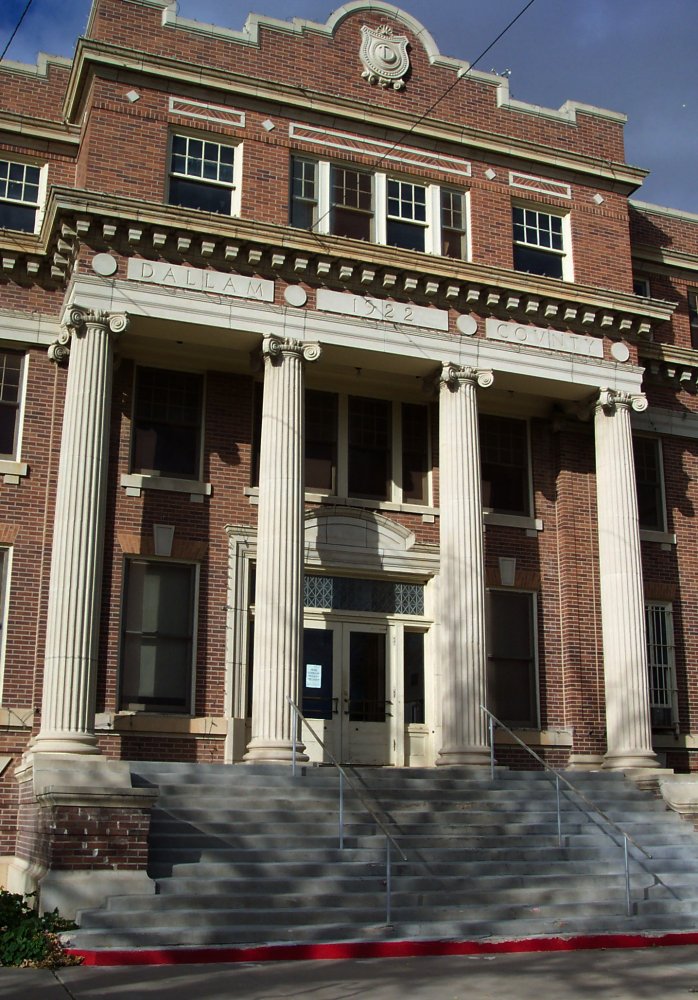 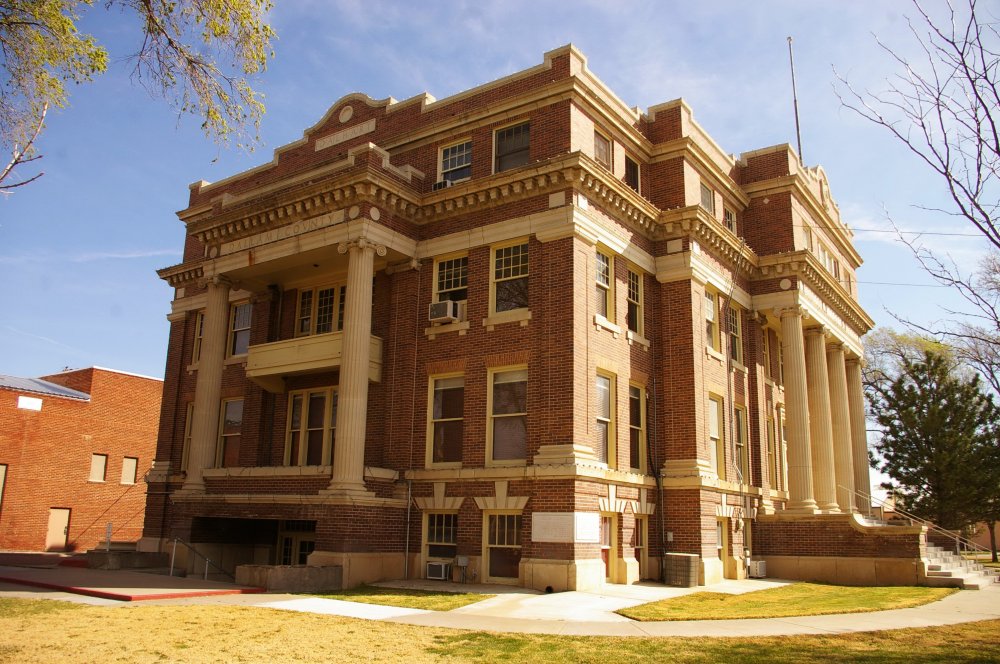 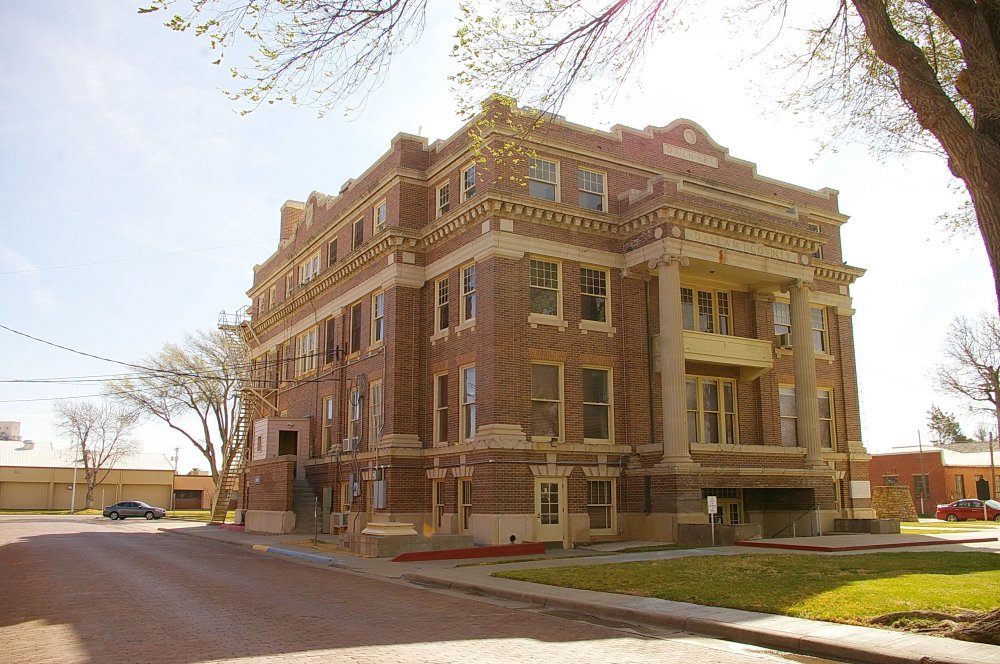 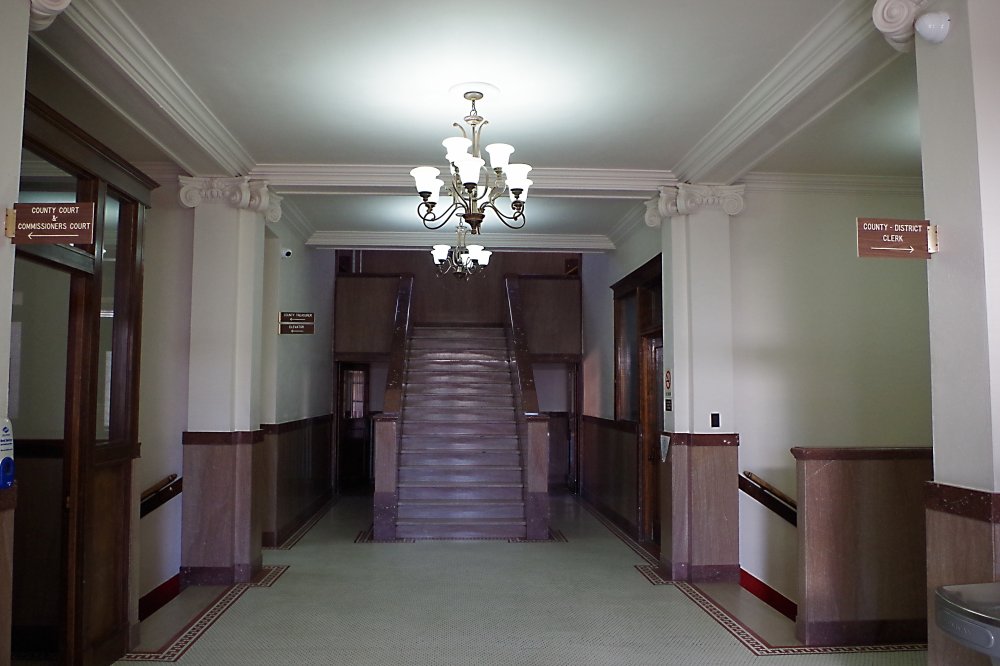 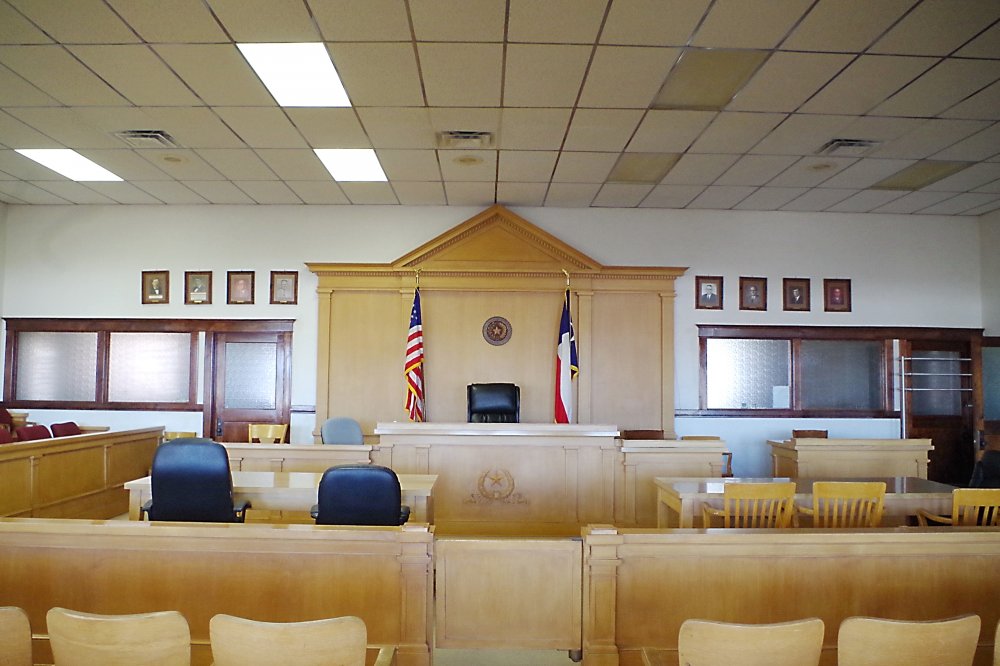 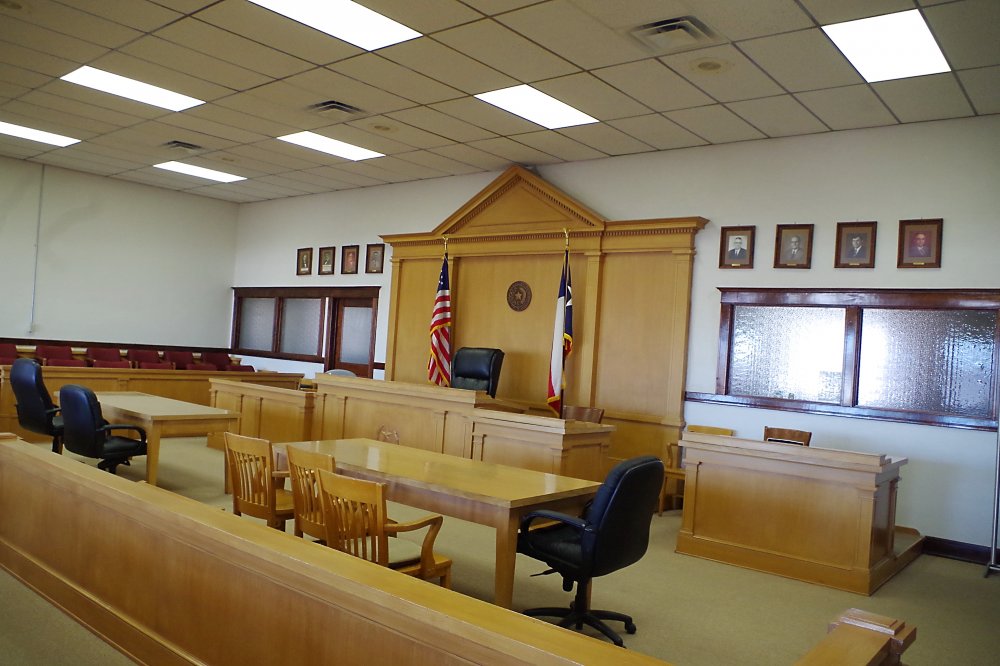