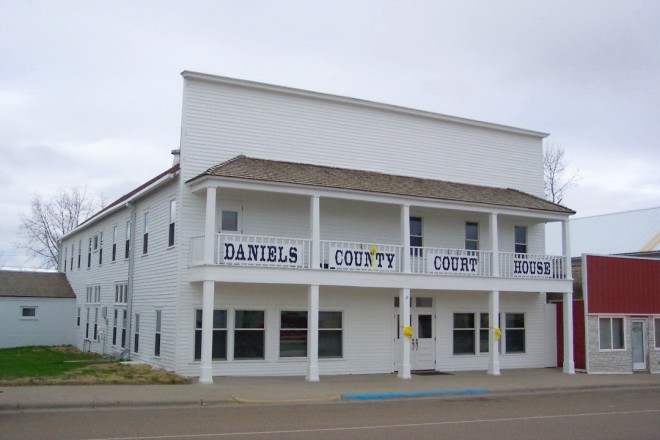 Daniels County is named for Mansfield A Daniels, who was an early rancher and storekeeper. 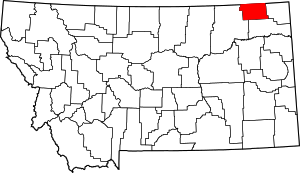 Description:  The building faces east and  is a two story white colored weatherboard  structure. The building is located in the center of Scobey. The building presents a clapboard false front to the street which masks this irregular massing and unifies the form.  The building has a two story porch on the Western false front. The entrance has double wood doors. The roof is hipped. The courtroom is on the south side of the second story. The building houses the County District Court of the 15th Judicial District and County Justice Court.

Note:  The building was originally constructed as the Commercial Hotel and occupied by Minnie Wakefield who was named “One Eyed Molly”. She ran a “house of pleasure”.

History:  The county was created in 1920 and Scobey was selected as the county seat. The building was purchased by the county as the first and present courthouse from John Fuller in 1920 and an addition was constructed on the north side in 1927. 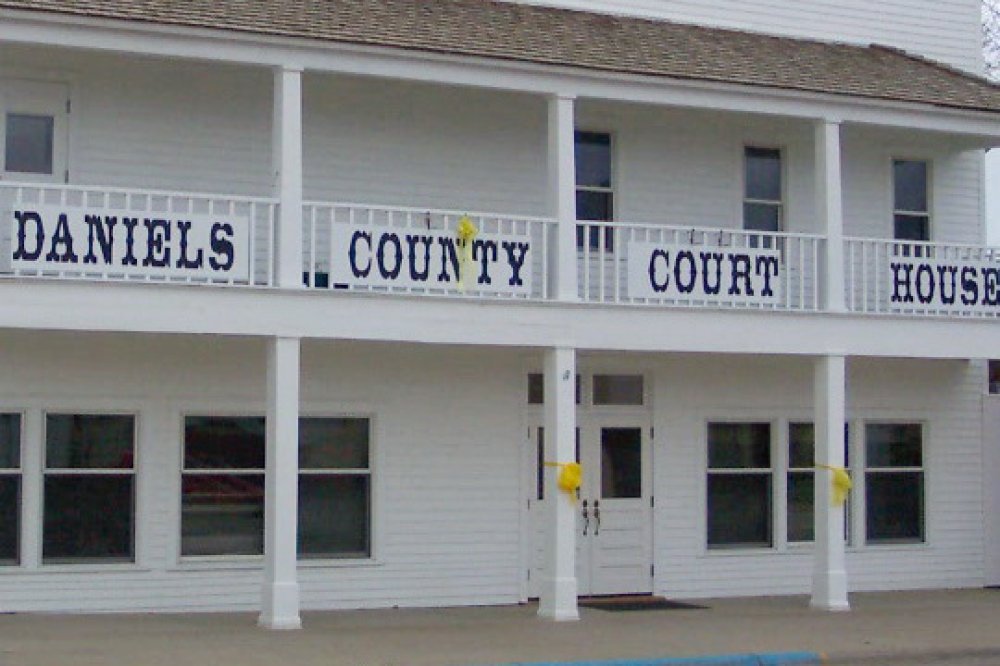 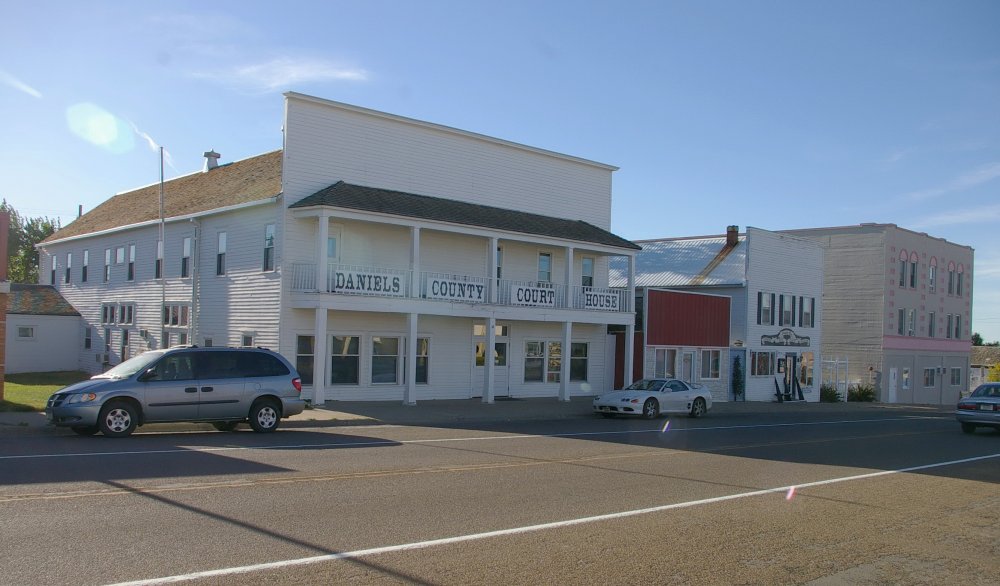 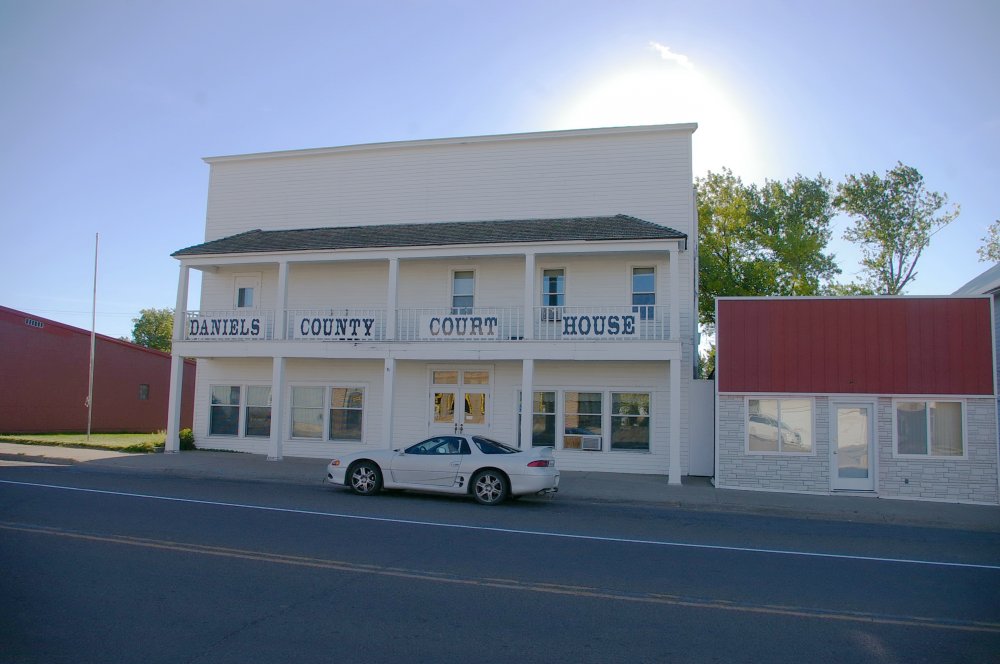 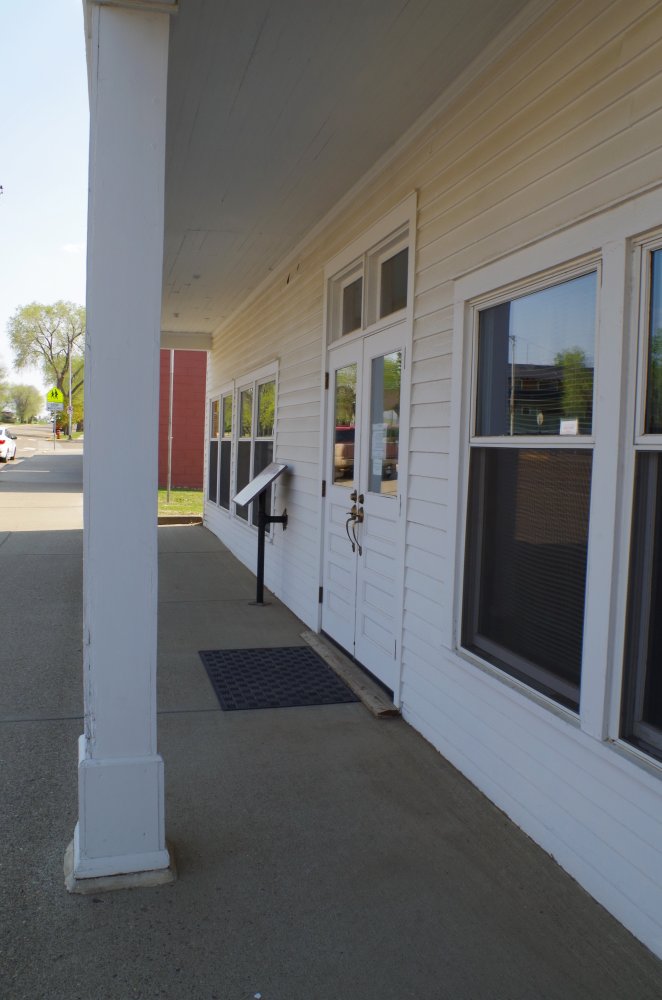 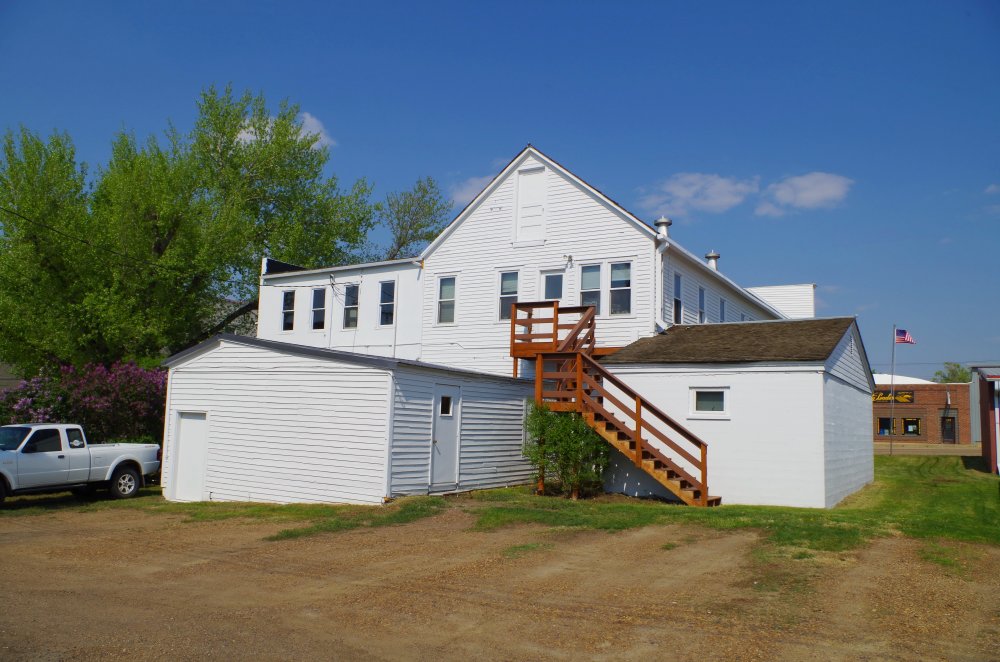 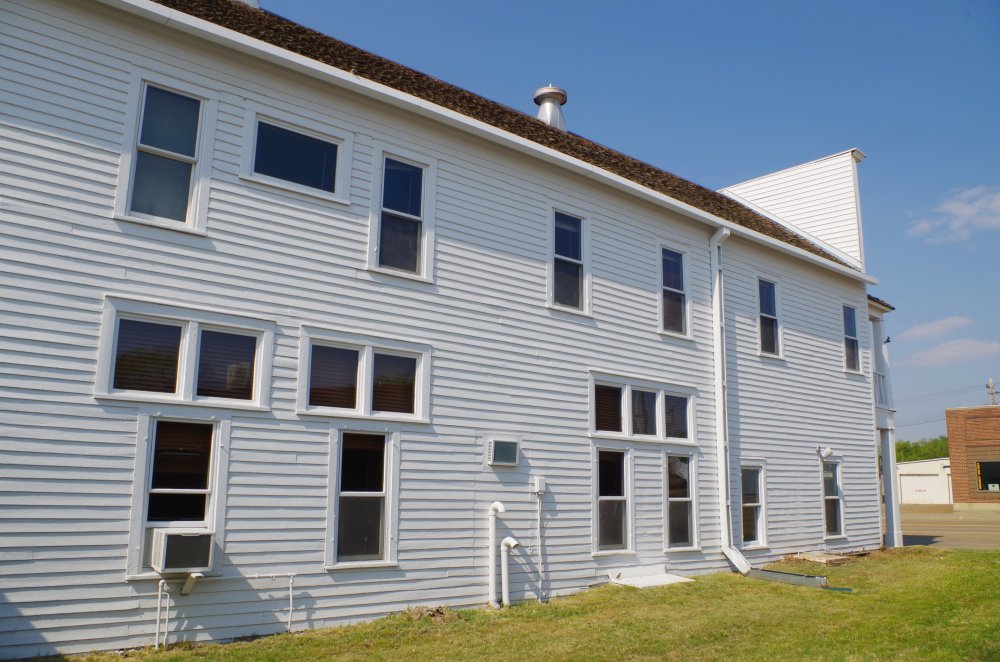