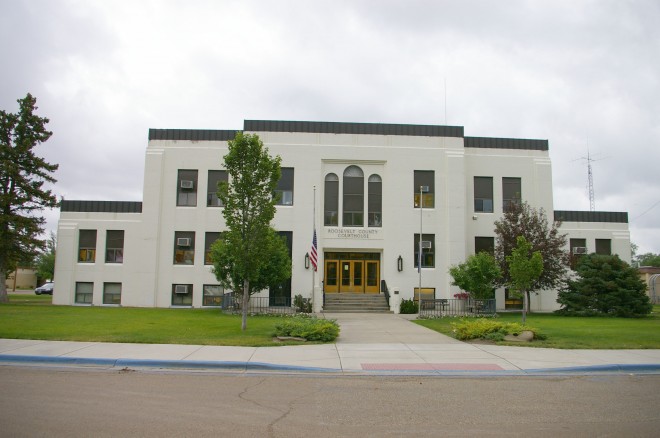 Roosevelt County is named for Theodore Roosevelt, who was the twenty-sixth President of the United States of America. 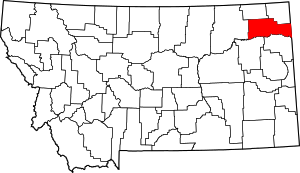 Description:  The building faces west and is a three story buff colored brick and concrete structure. The rectangular shaped building is located on spacious landscaped grounds in the center of Wolf Point. The building has a raised basement and the building is tiered with the front center section extending from the main building. The entrance to the second story is recessed with three arched windows above between the second and third stories. There are north and south two story wings. A brown colored horizontal band runs along the flat roof line. In the interior is a staircase which ascends to the three large windows on west side. The County District Court courtroom is located along the east side of the second story. The building houses the County District Court of the 15th Judicial District and County Justice Court. The Commissioner’s Room is on the second story.

Note:  During the construction of the courthouse, Farmers Lumber Corporation supplied lumber, George E Butzlaff was the blacksmith and Ceco Steel Product Company supplied the steel. Description:  The building faces north and is a one story glass, steel and concrete structure. The rectangular shaped building is located on spacious landscaped grounds in the center of Wolf Point to the southeast of the courthouse. The building houses the County Justice Court courtroom on the north side. 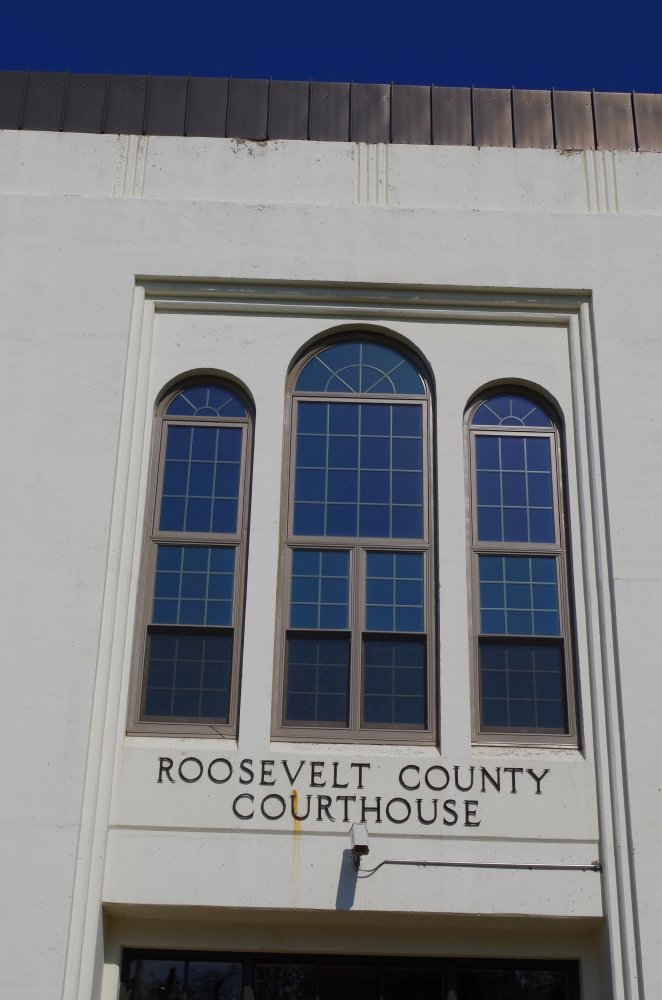 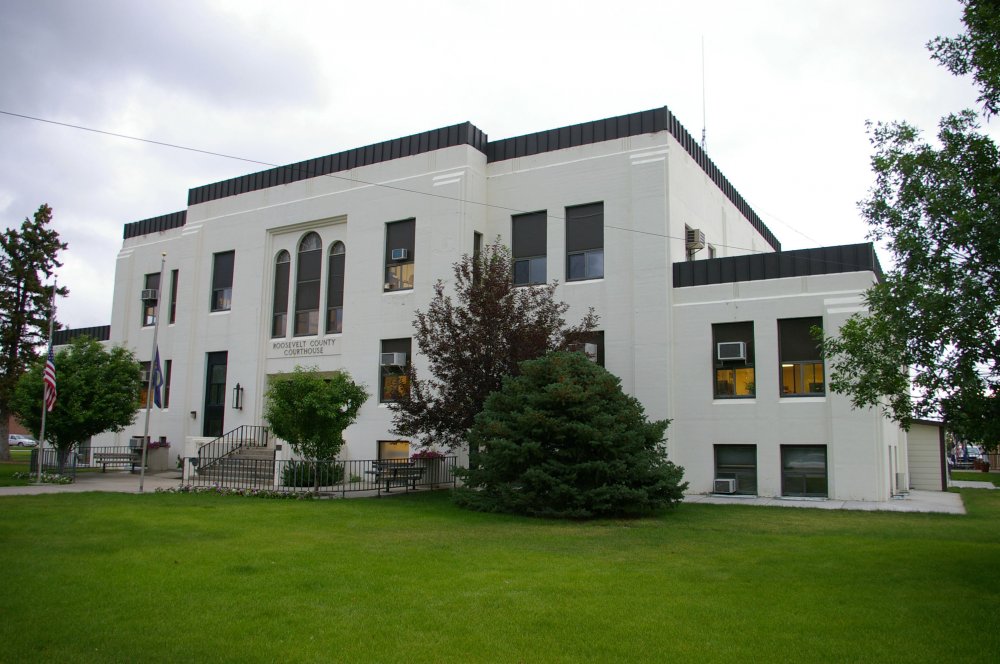 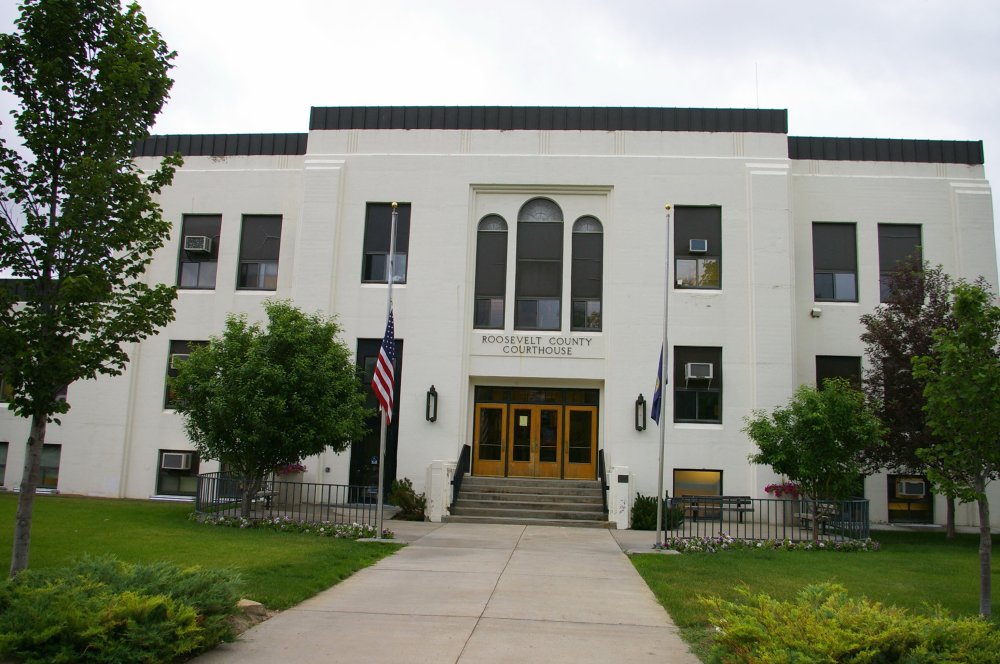 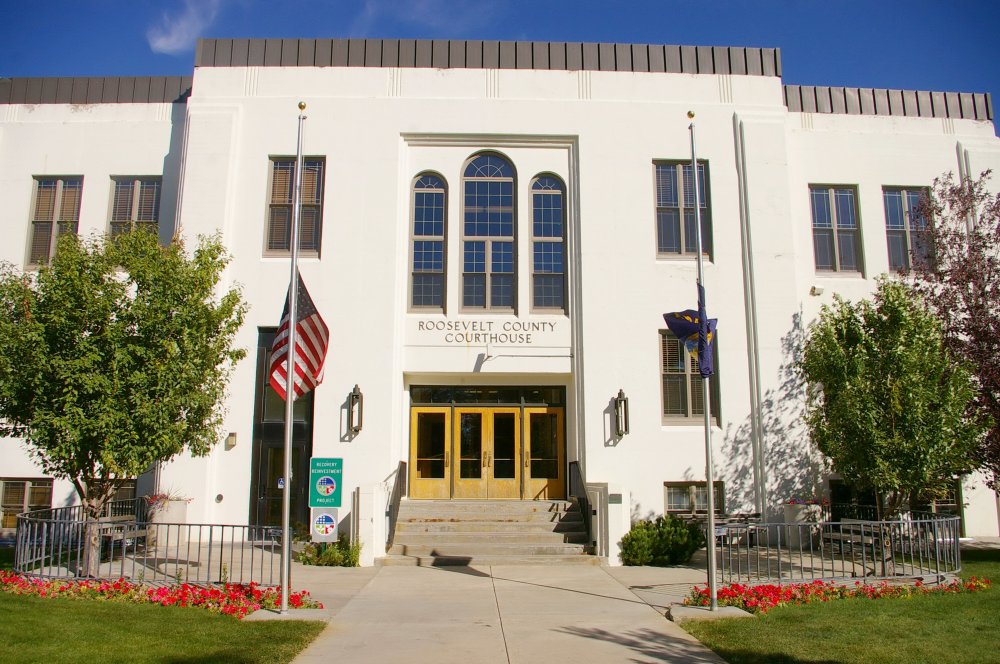 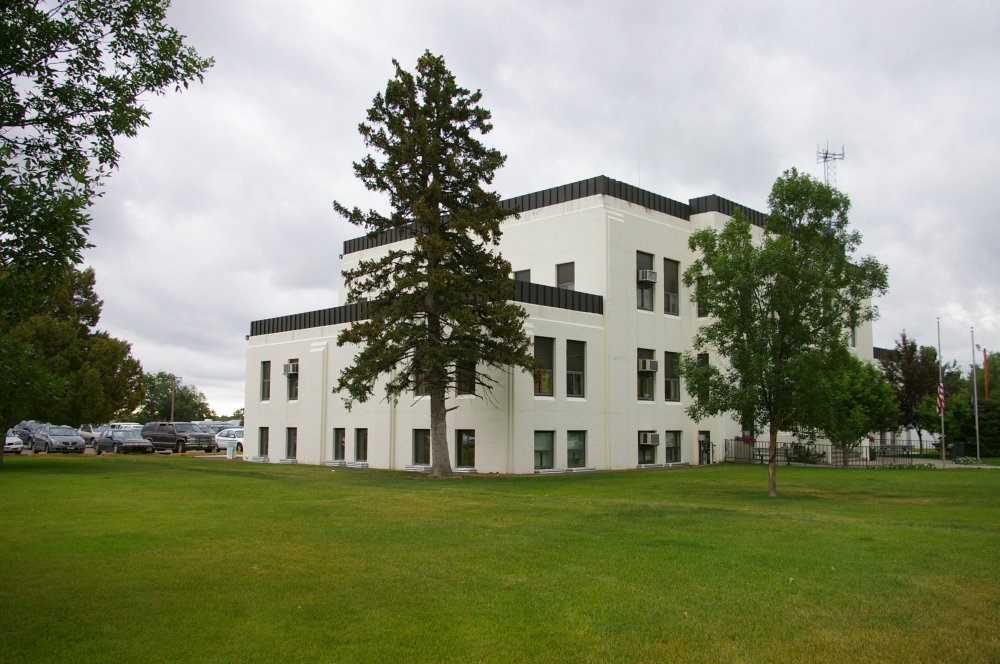 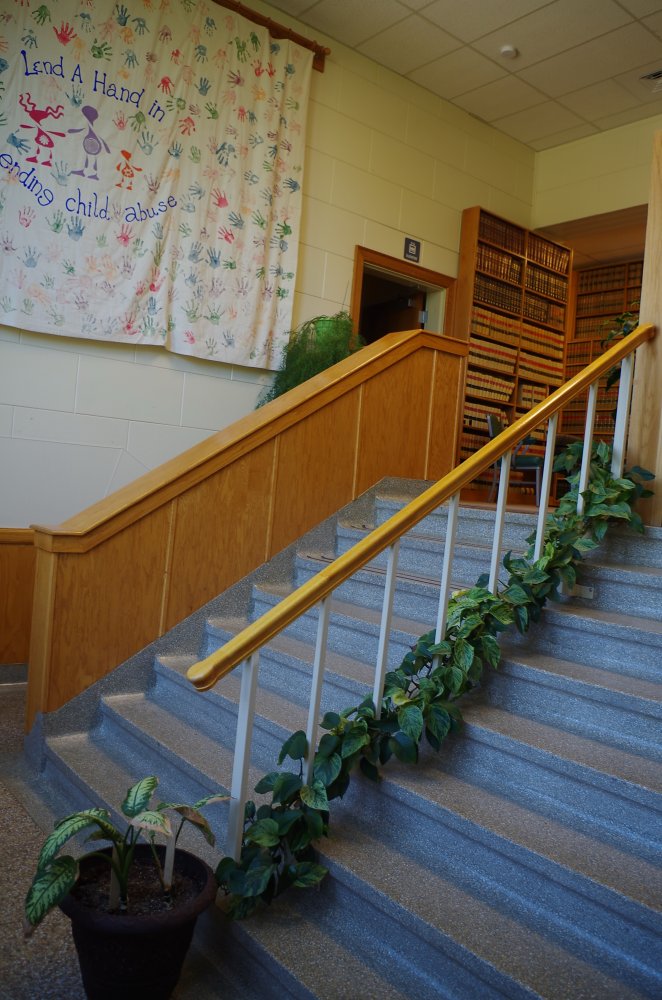 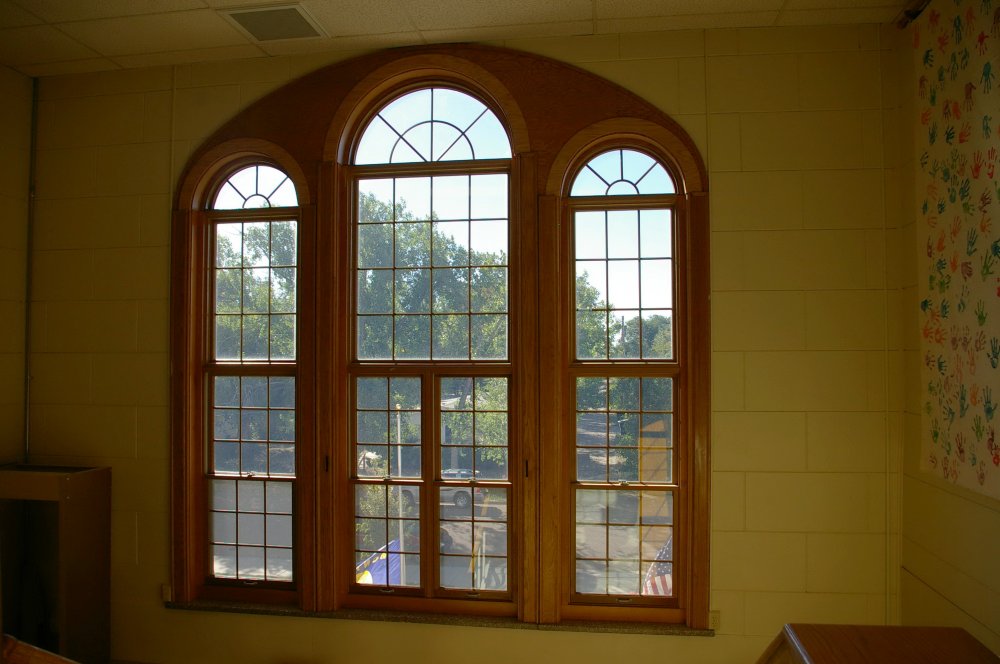 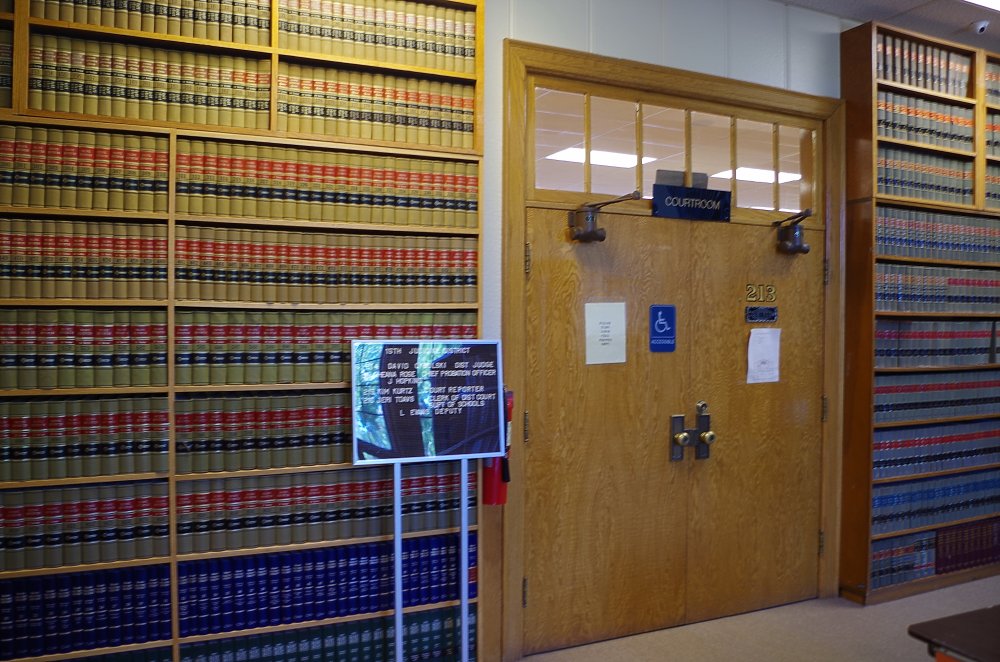 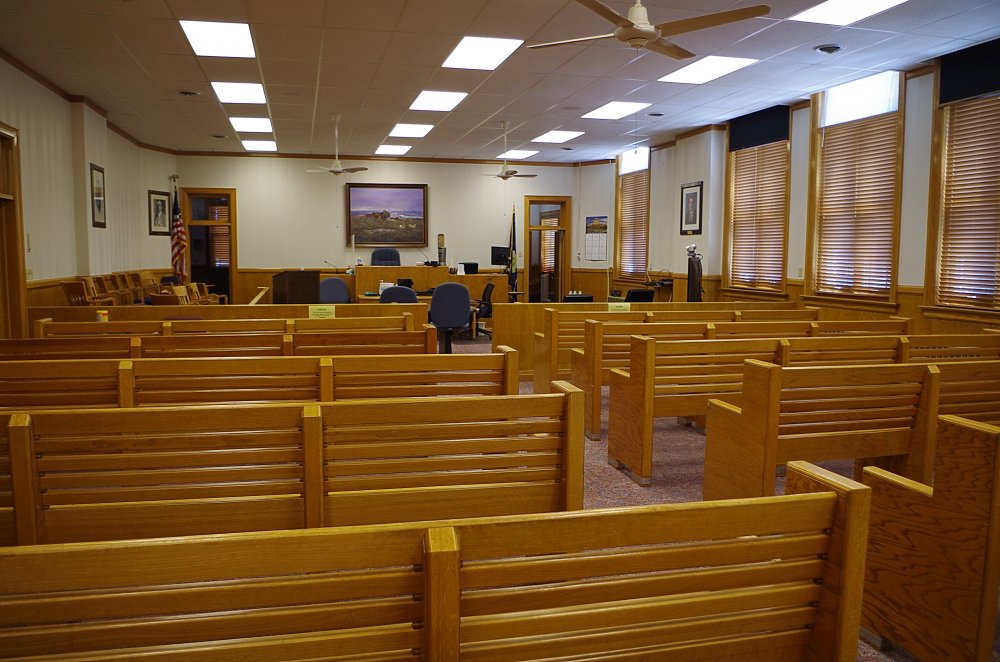 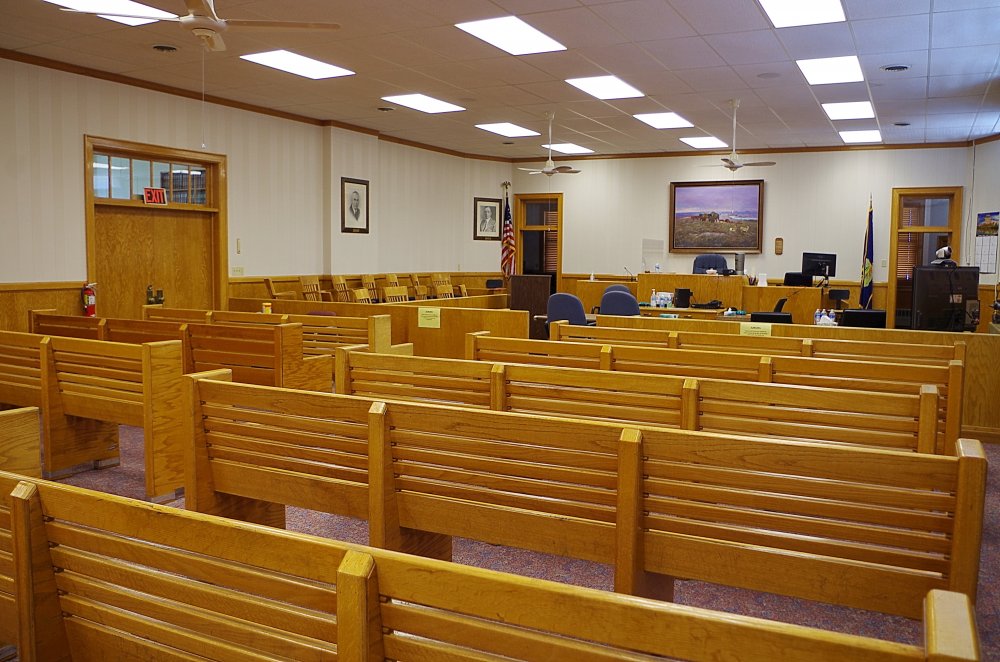 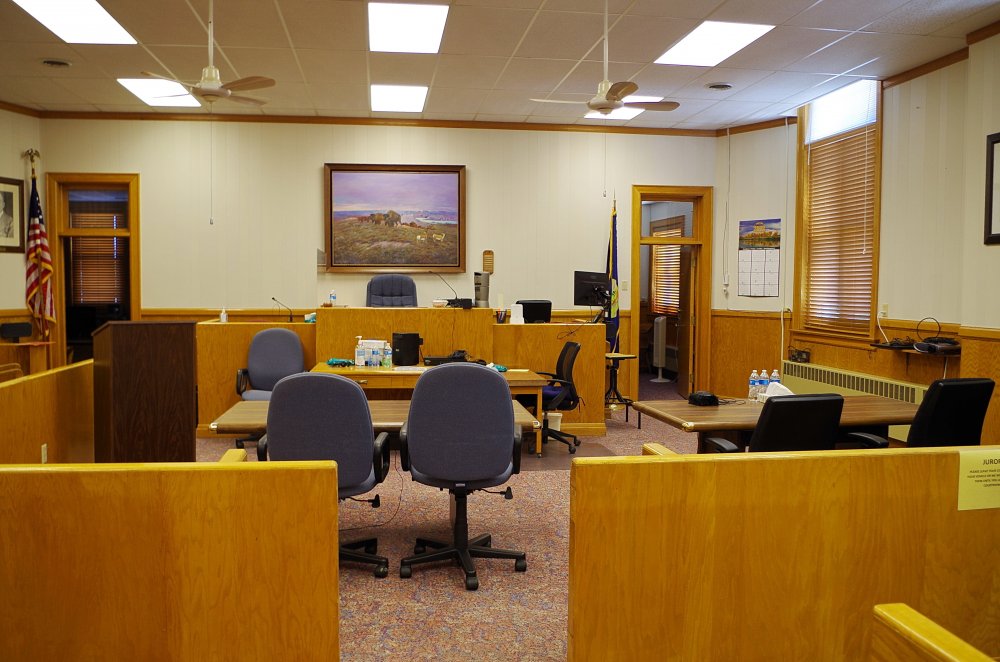 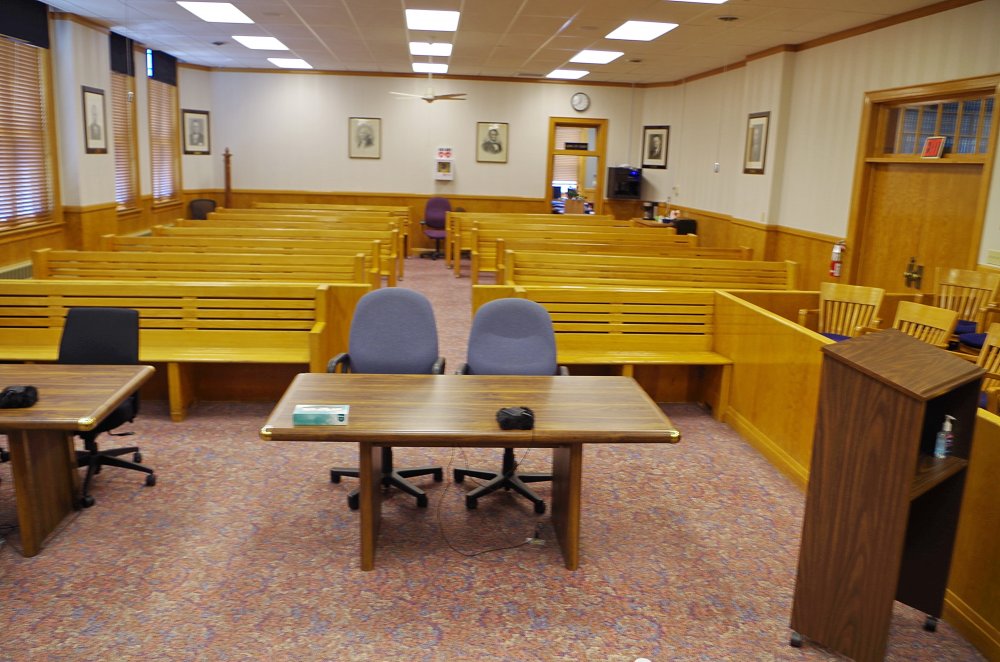 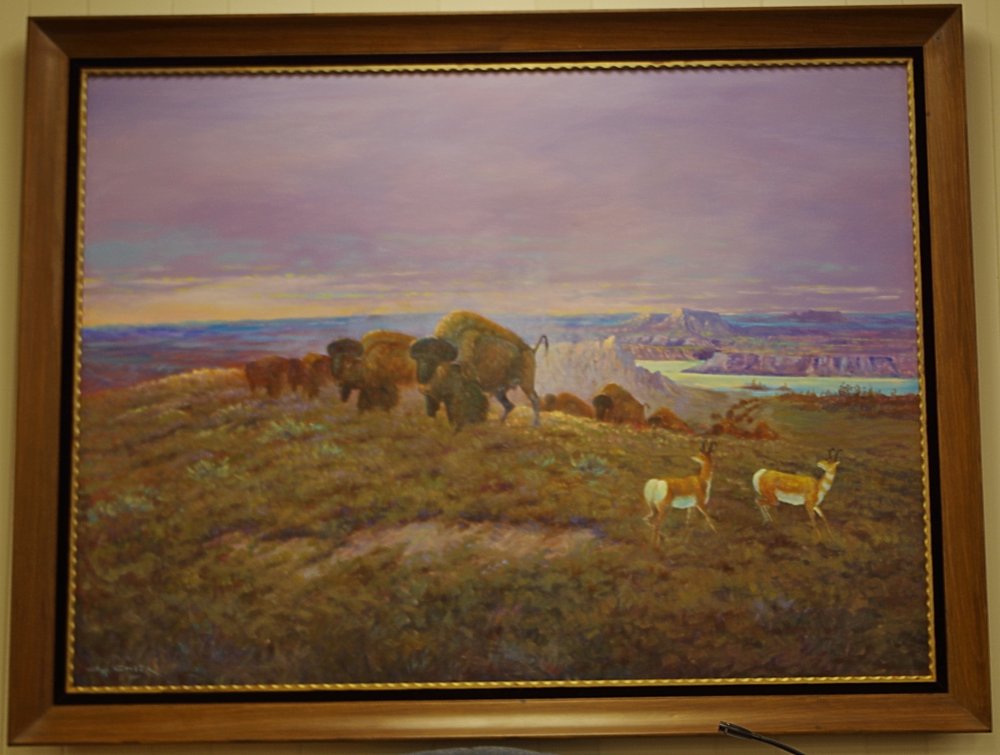 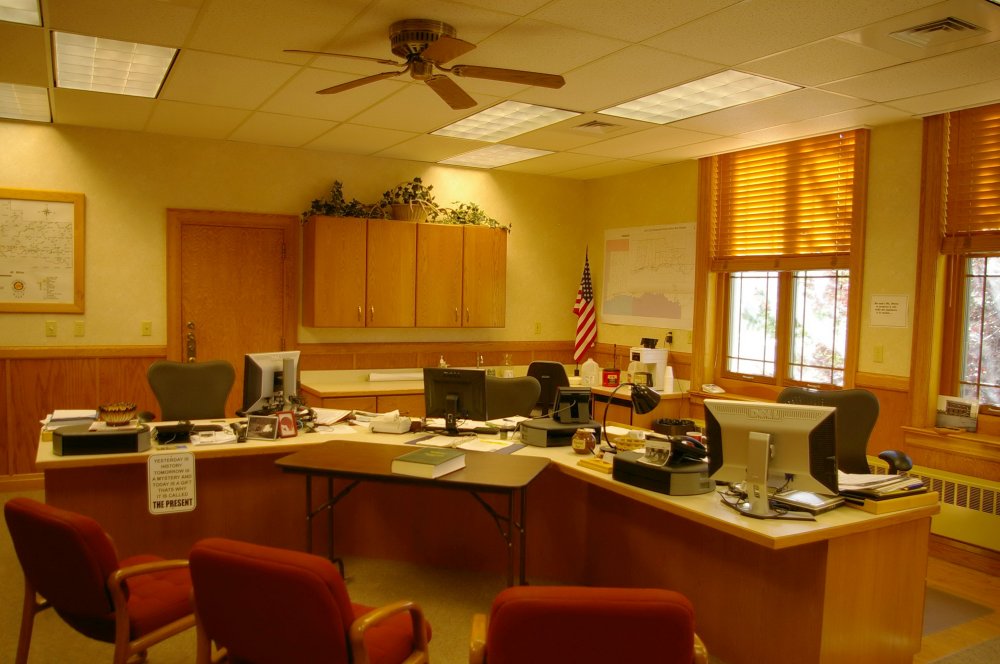 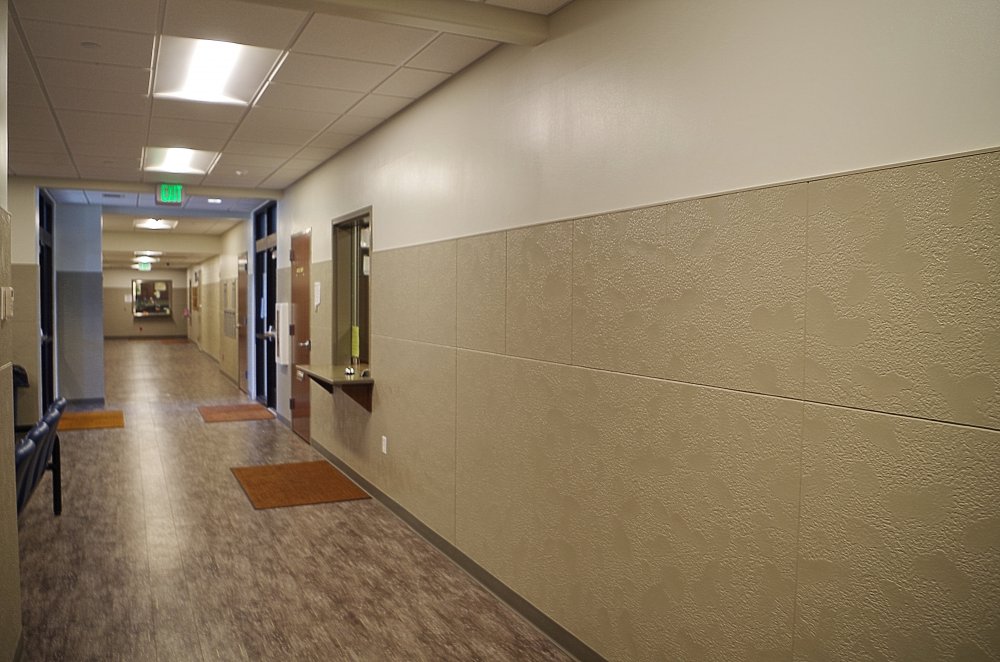 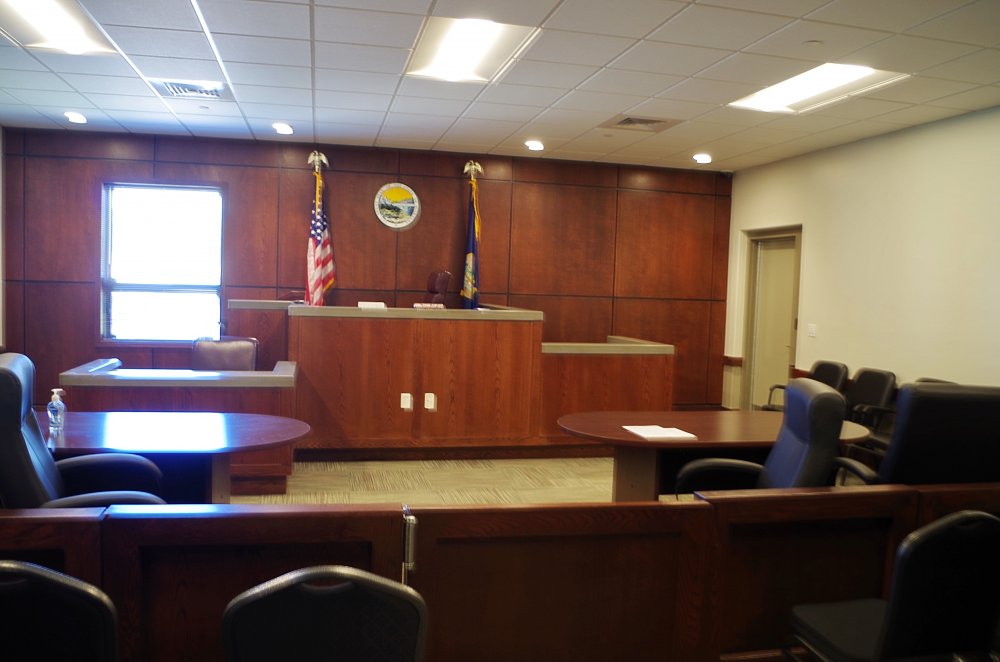 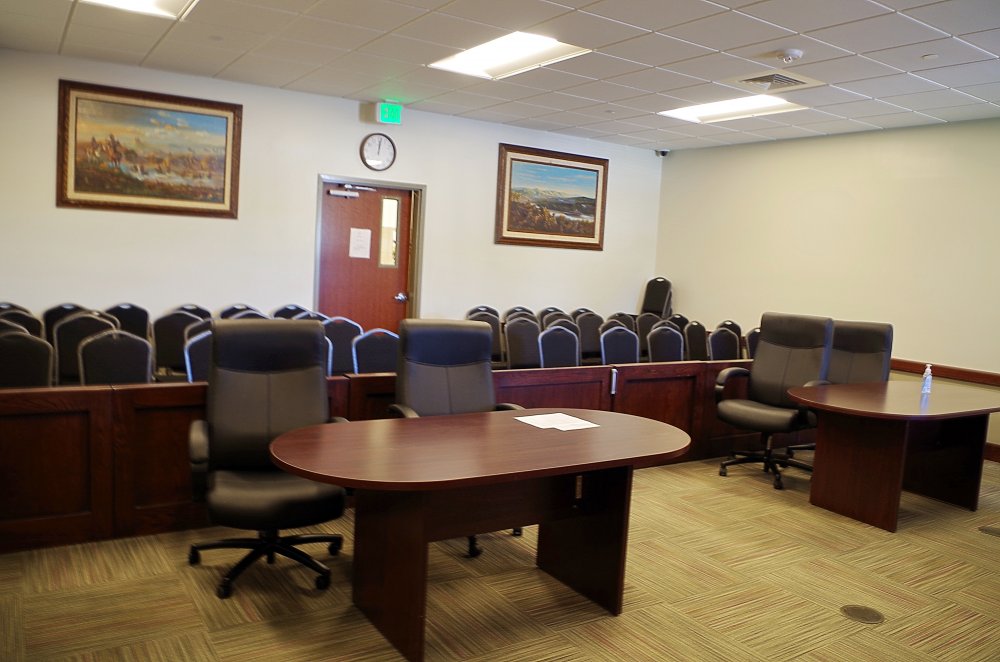 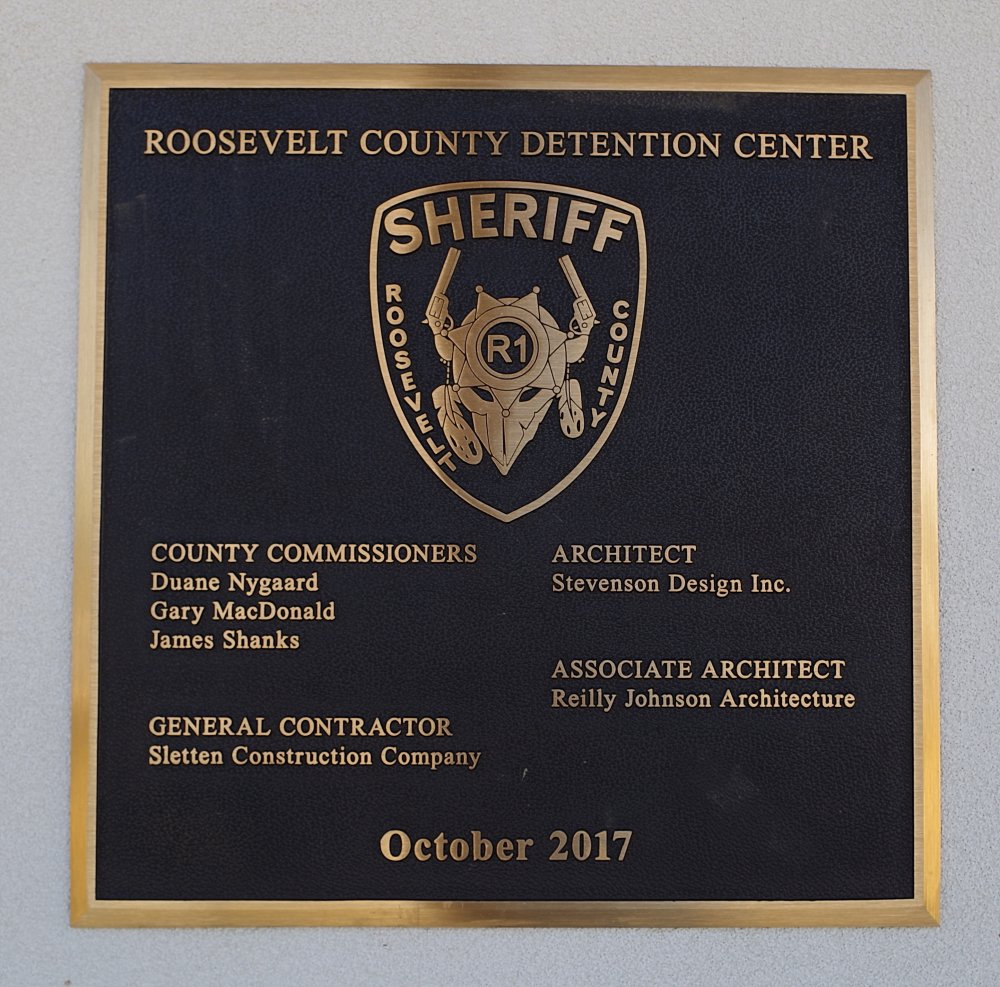