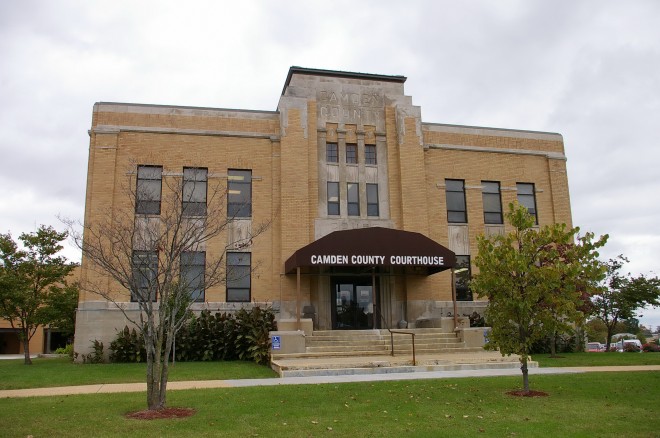 Camden County is named for Charles Pratt, 1st Earl of Camden, who was Chancellor of England and leader of the Whig Party.

Description: The building faces north and is a two story light yellow colored brick, stone and concrete structure. The building is located on landscaped grounds in the center of the city. The building is 76 feet by 32 feet. The north front has a projecting center section rising three stories with stone facing at the top. The roof line is flat. An addition was added on the southeast in 1999. The architect was ASAI ( Abend Singleton & Associates ) and the contractor was Dewitt & Associates Inc. 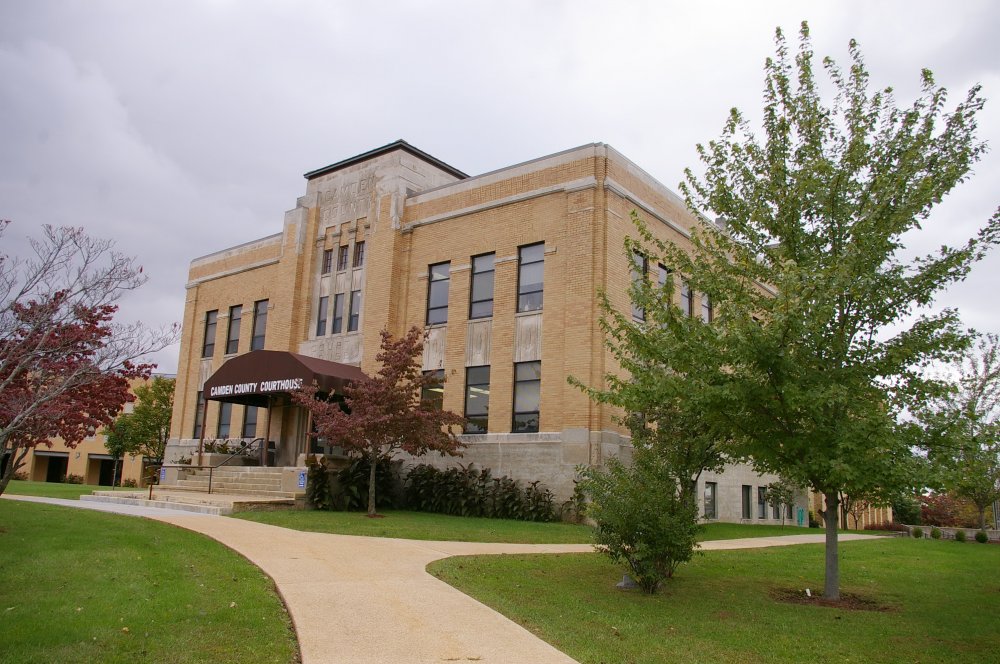 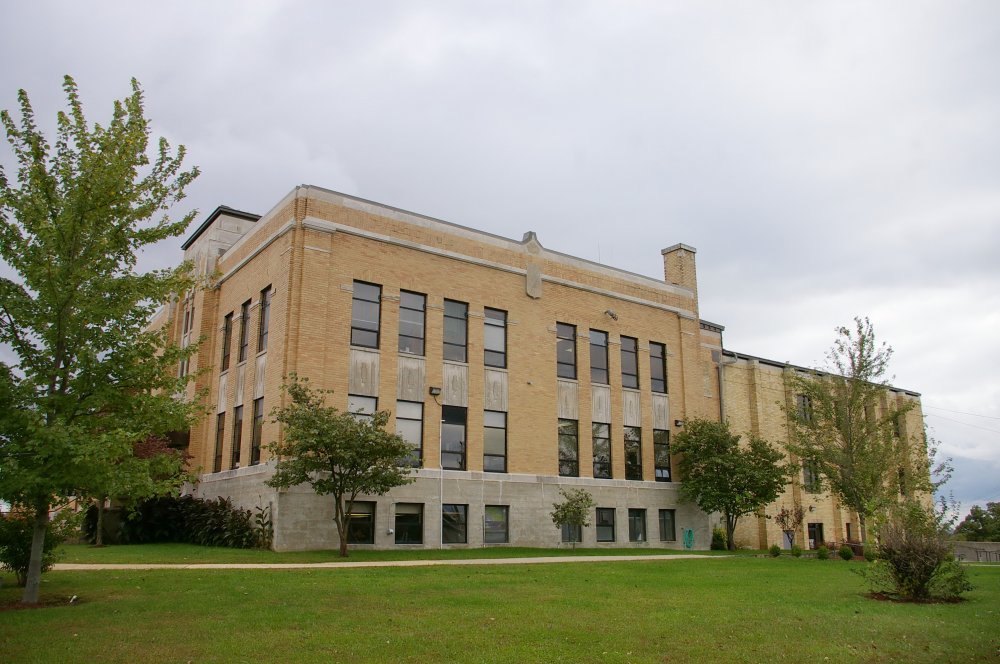 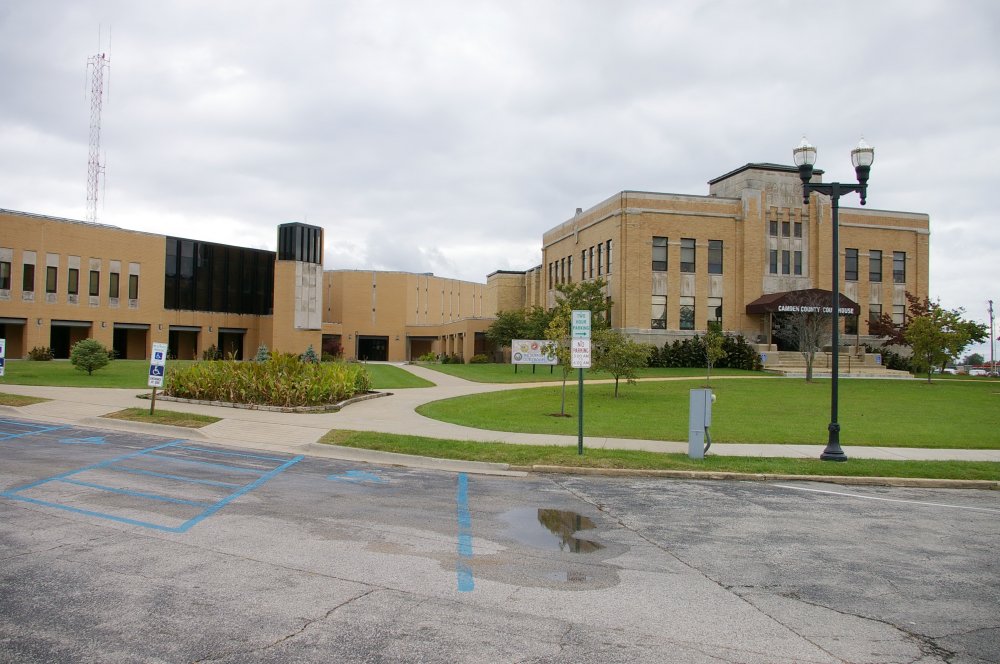 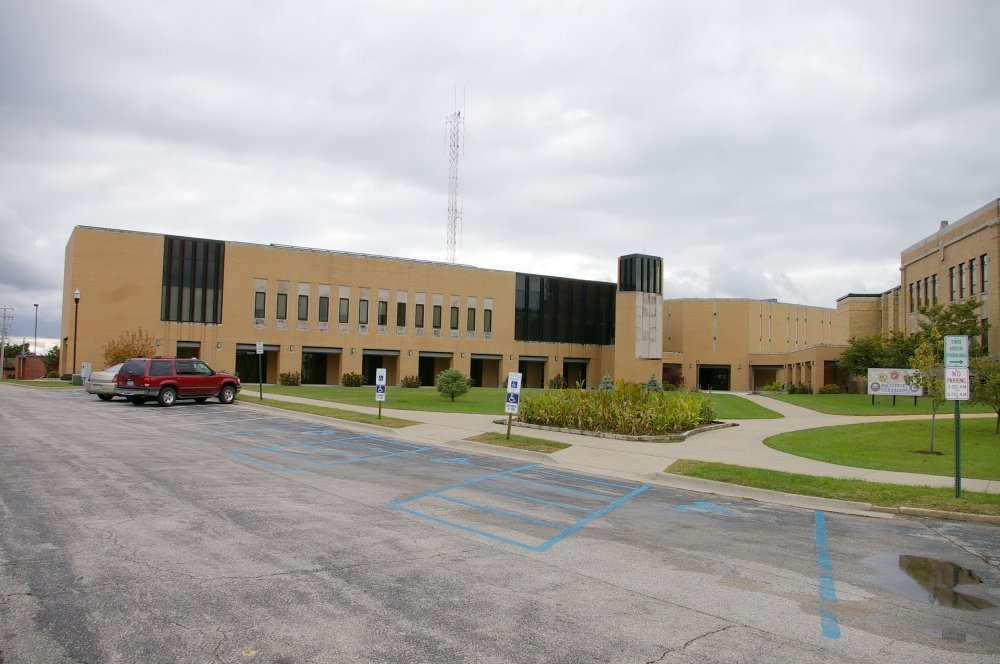 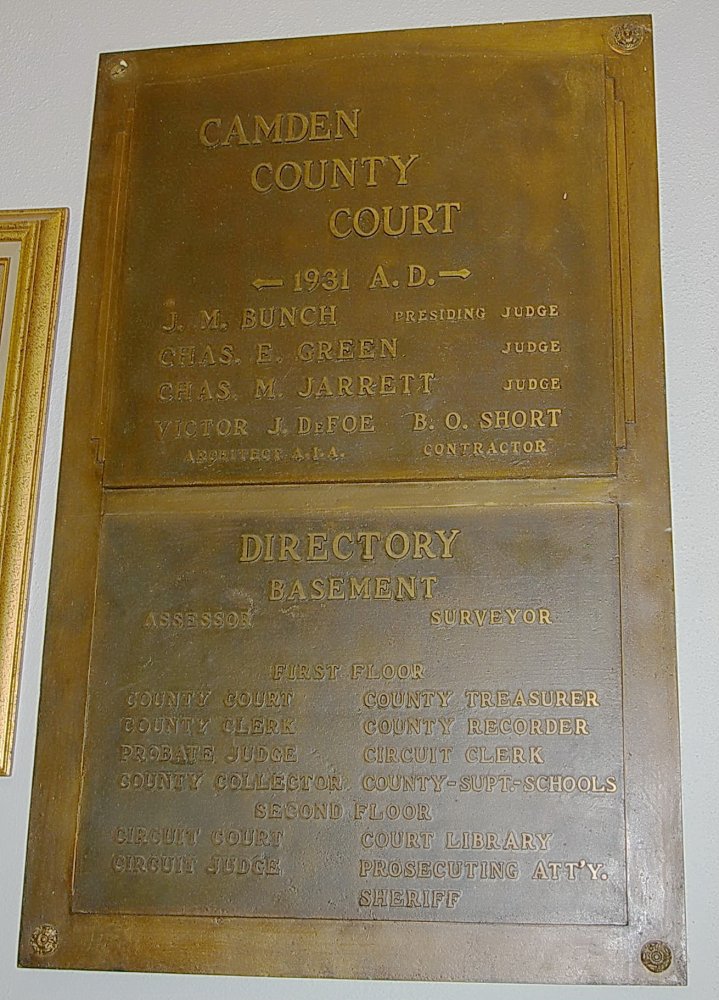