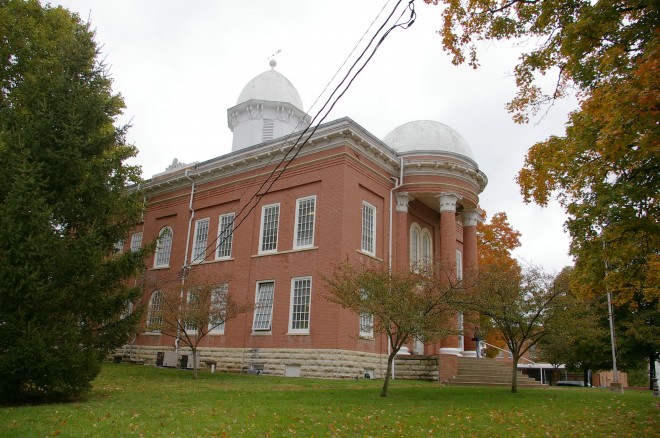 Moniteau County is named for Moniteau Creek which was named by the French after the Algonquin Native American word “Manitou” meaning “Great Spirit”. 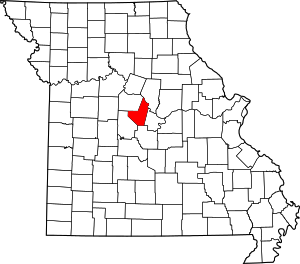 Contractor:  Underwood and Conn of Illinois

Description: The building faces south and is a two story red colored brick and stone structure. The building is located on landscaped grounds in the center of the city and is 54 feet by 89 feet. The south front has a curved portico supported by two brick columns rising to a dome at the roof line. The cornice at the roof line extends outward. On the center of the roof is an octagonal wood cupola. The base of the building is course stone. In 1905 there was extensive remodeling completed. The architect was O E Sprouce. Minor changes were made in 1934. 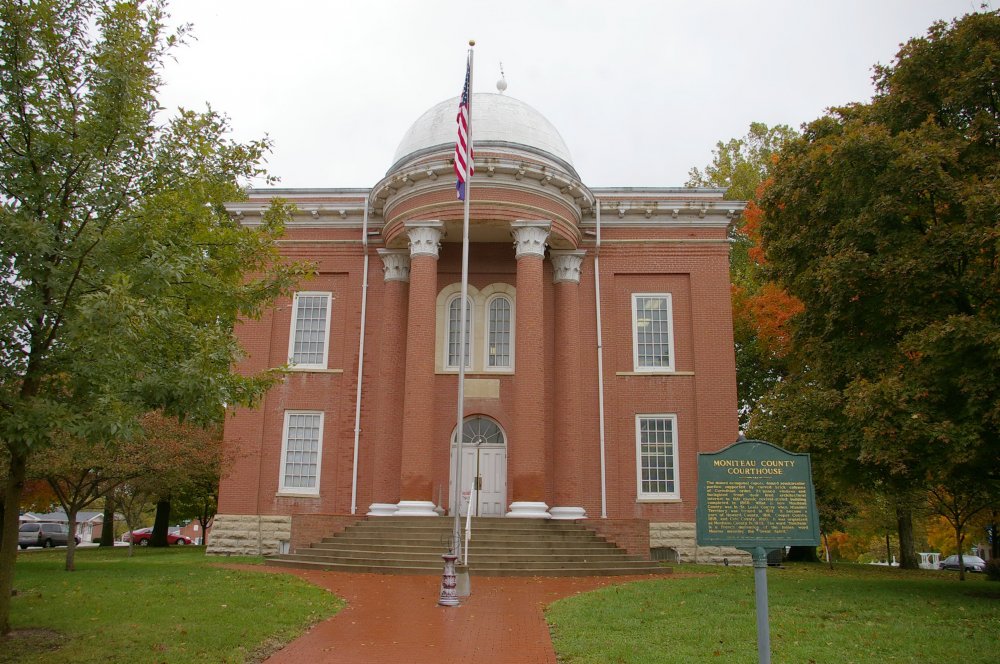 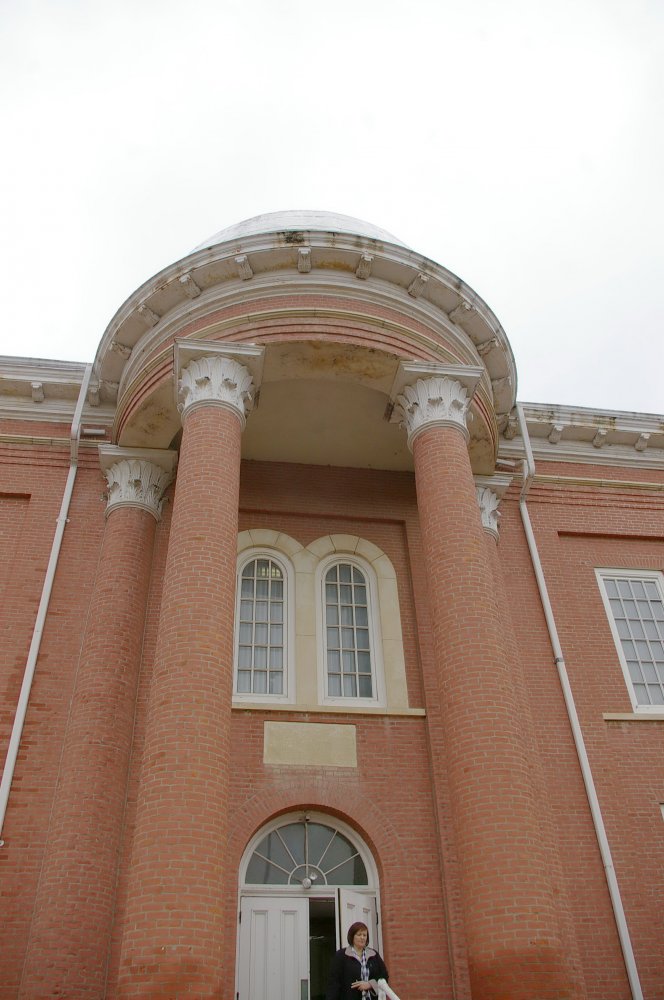 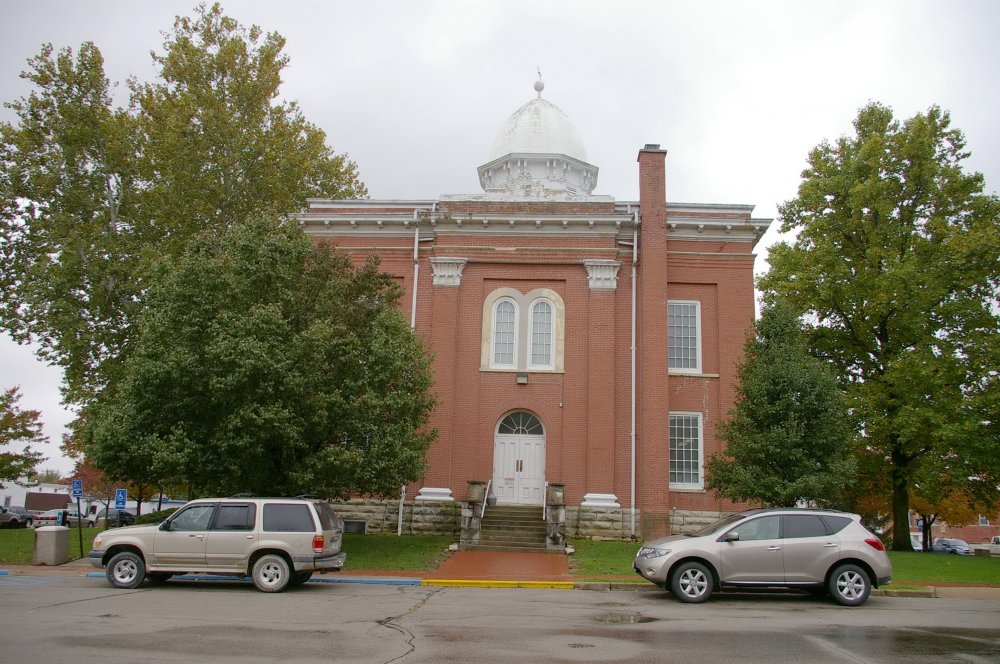 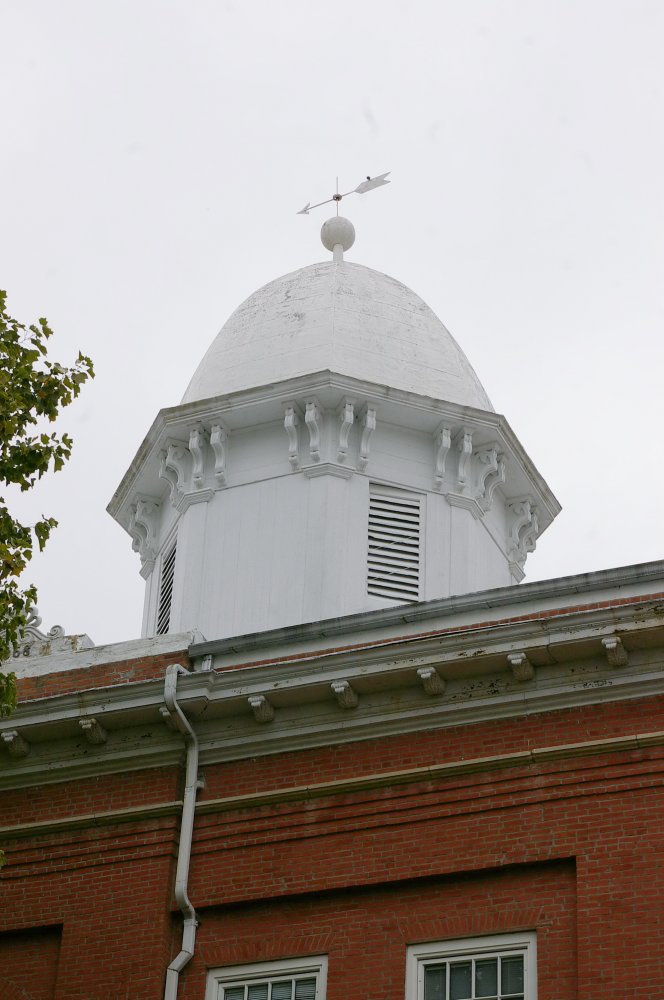 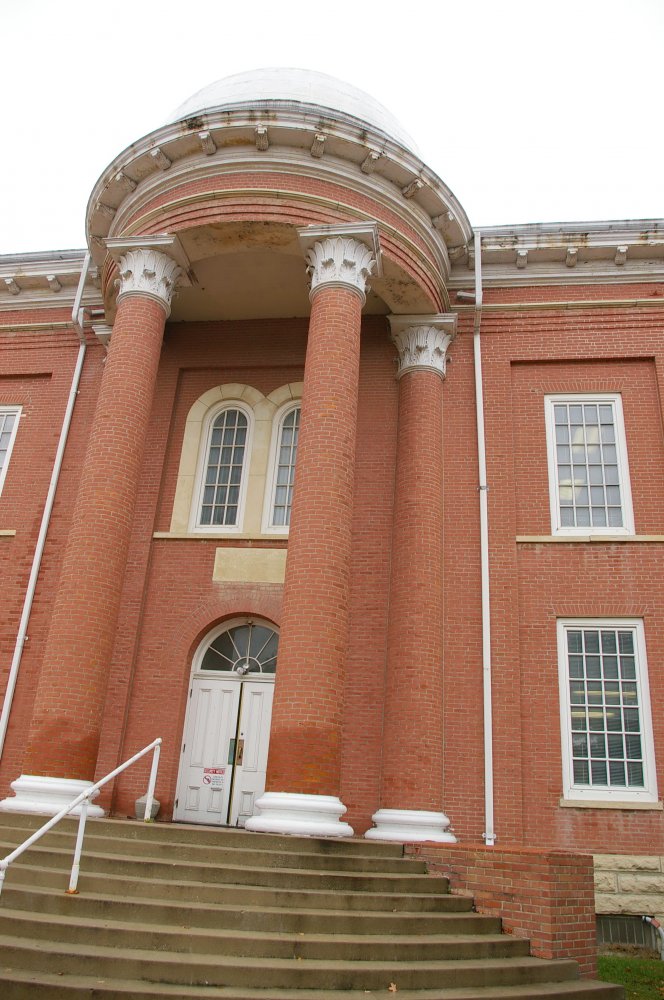 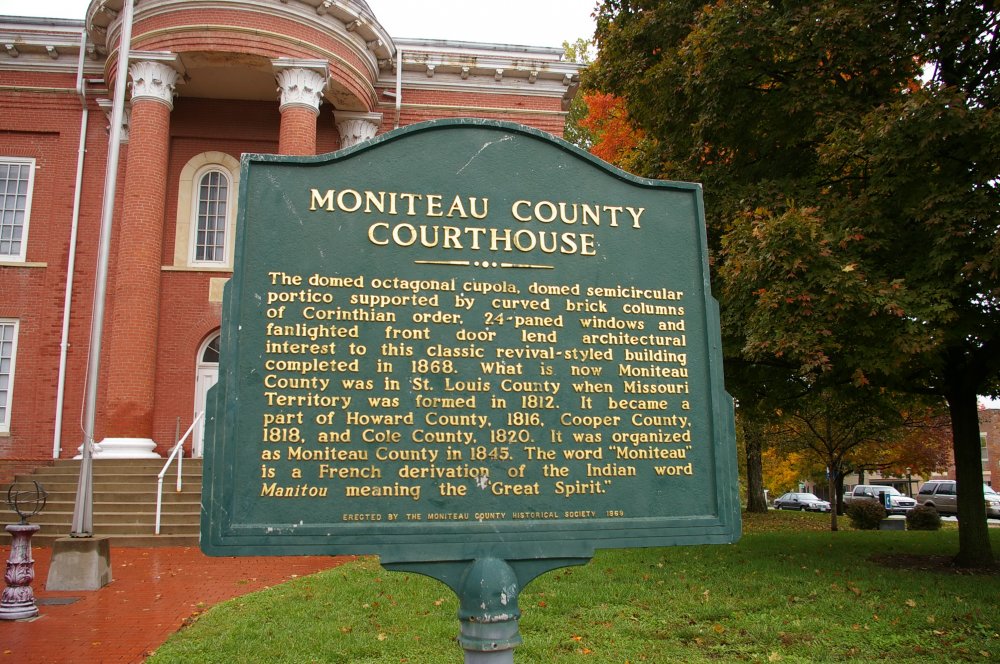