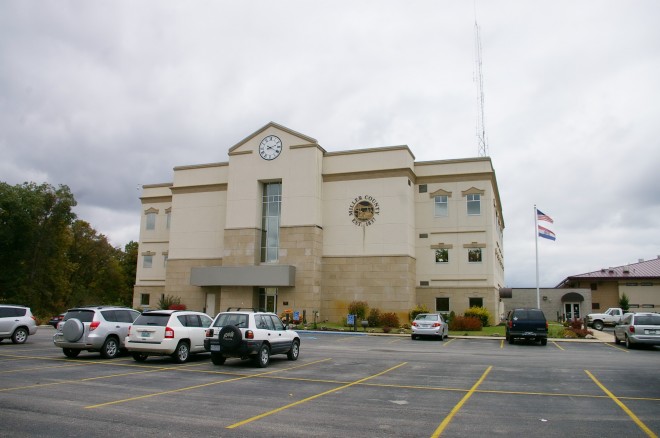 Miller County is named for John Miller, who was an American publisher, politician from St. Louis, fourth governor of Missouri and representative from Missouri in the United States Congress.

Description: The building faces southwest and is a three story concrete, stone and glass structure. The building is located on landscaped grounds on the north side of the center of the city. The southwest front has a projecting center section with canopy over the first story entrance and a high vertical window above with clock at the top. The lower part of the building is light colored stone. A cornice runs below the flat roof line. 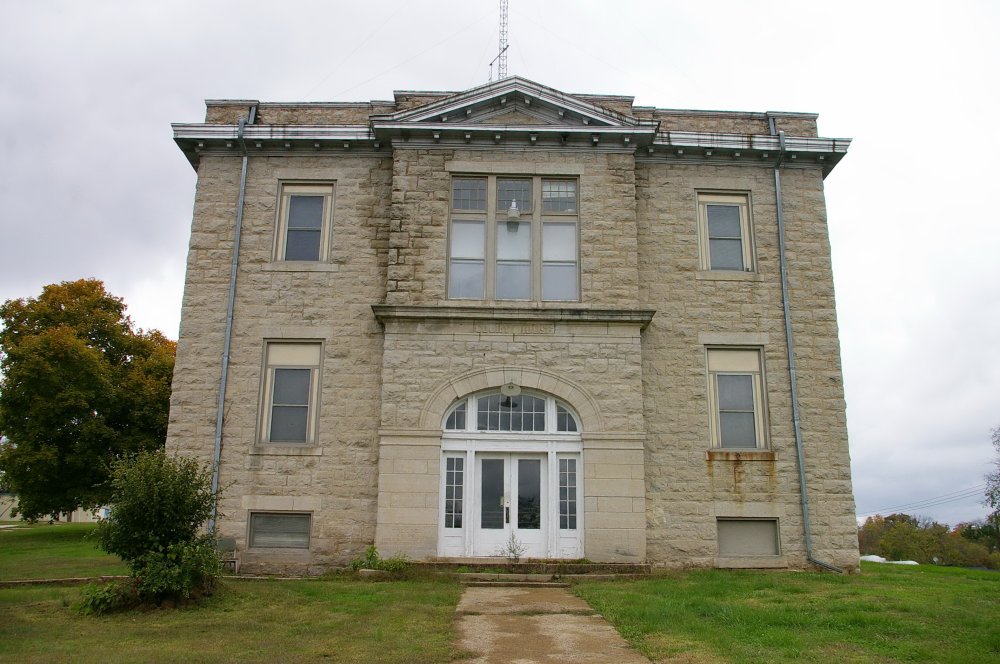 Description: The building faces south and is a two story gray colored stone structure. The building is located on spacious landscaped grounds in the center of the city to the south of the courthouse.. The south front has a central projecting section with arched entrance on the first story and three vertical windows on the second story and pediment above. A wide cornice runs below the roof line. Along the east and west sides are central gable roofs with large square clock tower with dome on the roof. The north side has a two story addition. An addition was constructed in 1910 and the sides were veneered with native limestone. The architect was Charles Opel and Frank B Miller of Miller & Opel of Jefferson City and the contractor was P F Havenstein and R T Roberts. 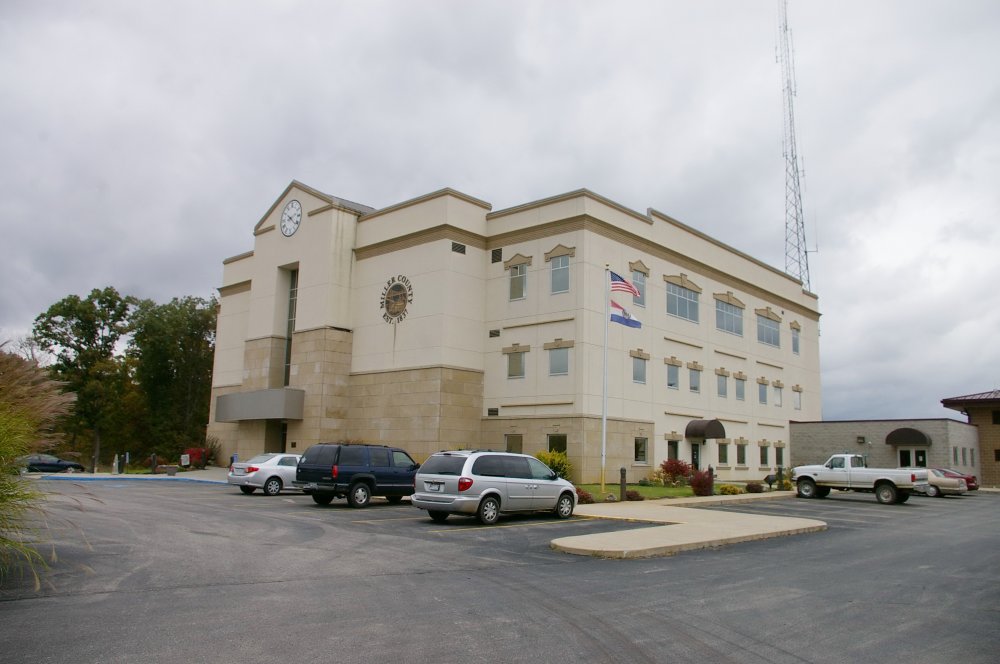 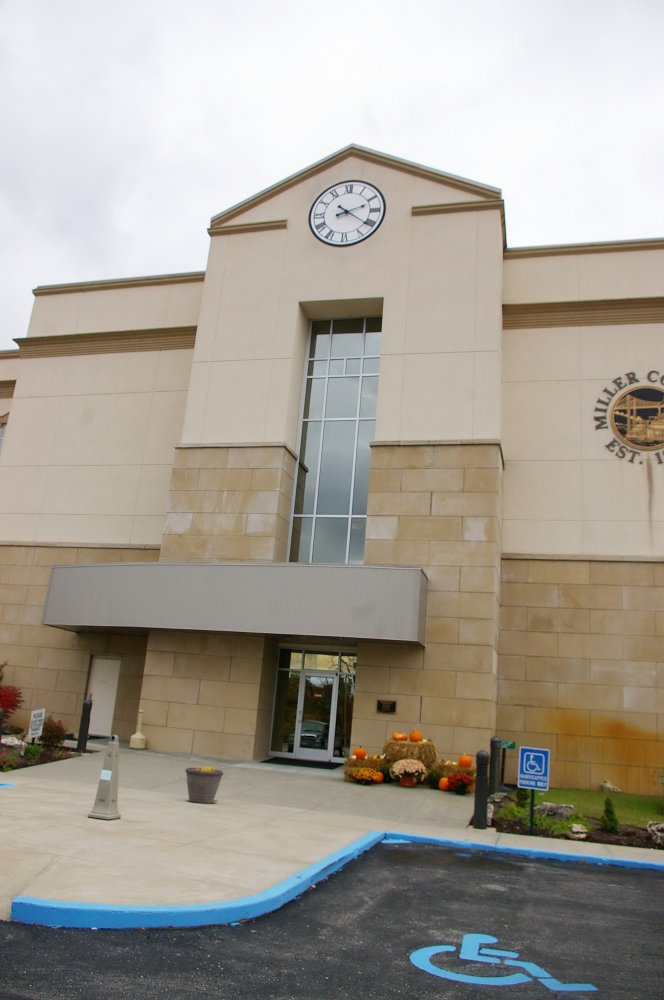 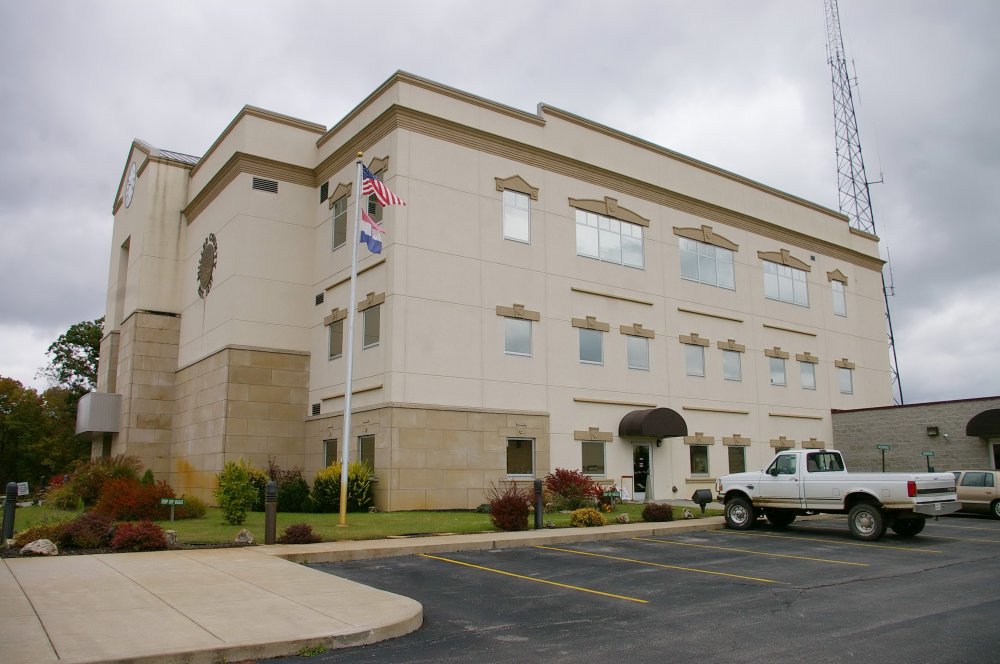 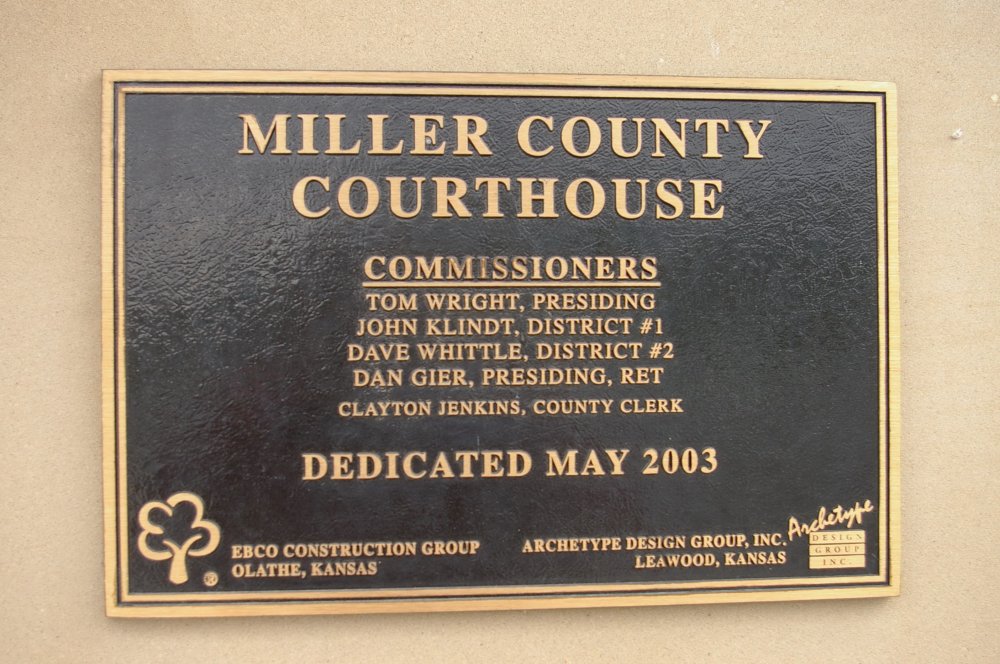 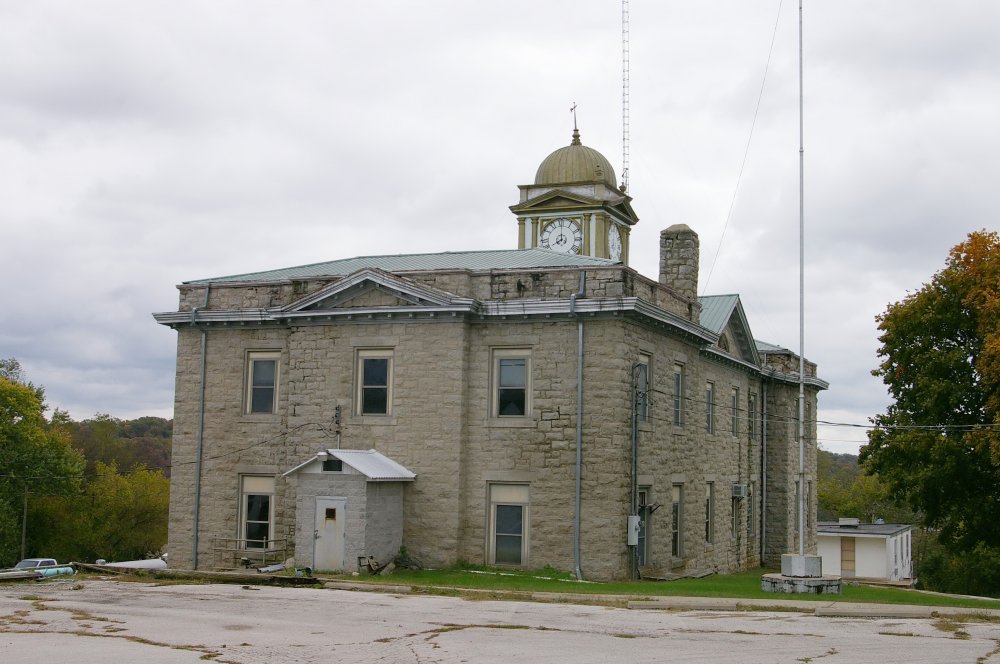 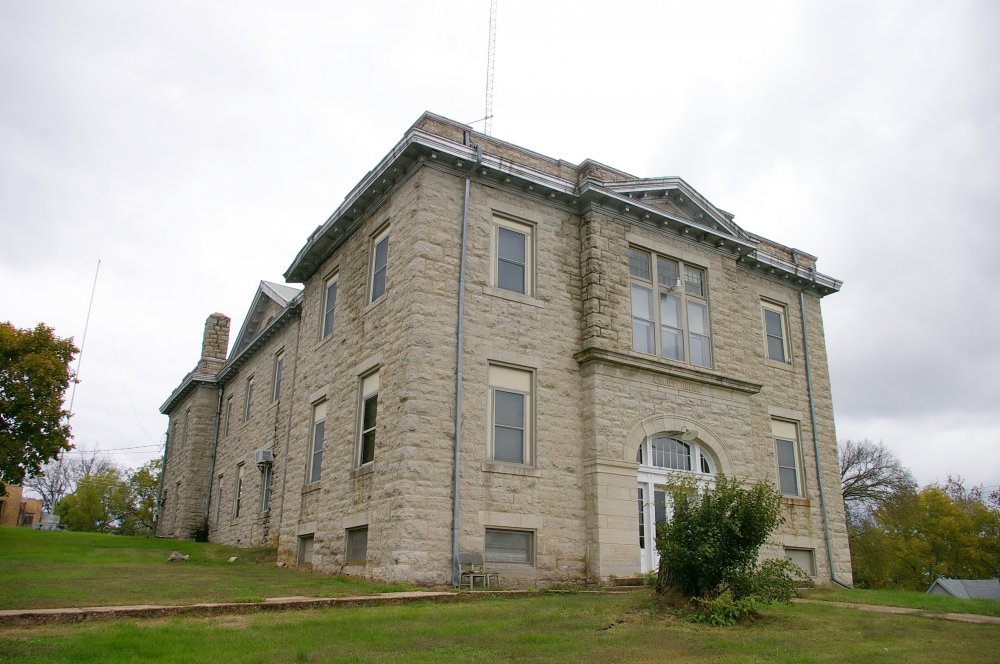 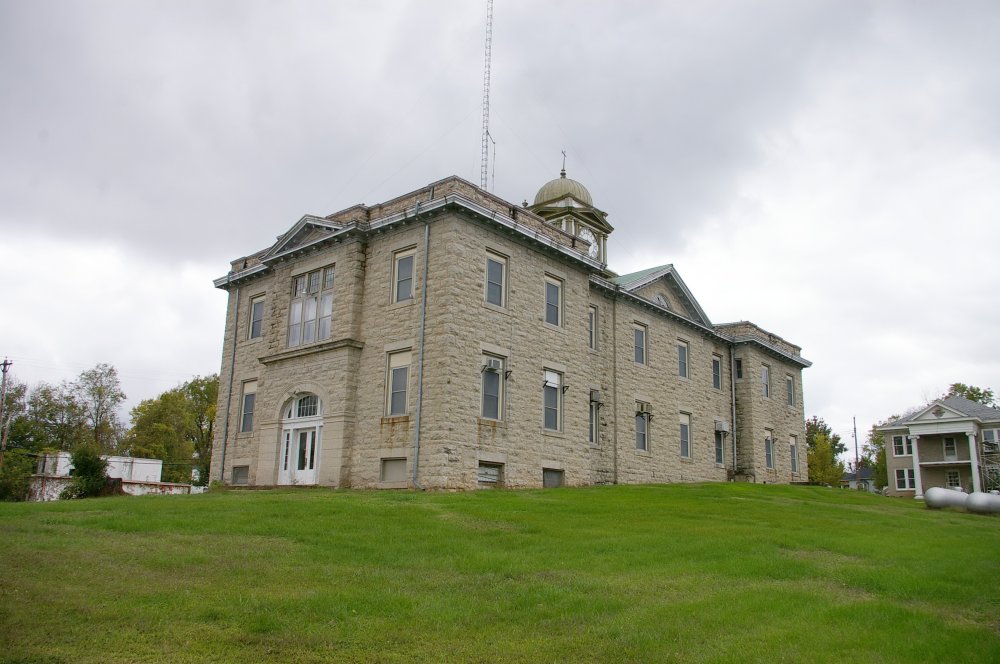 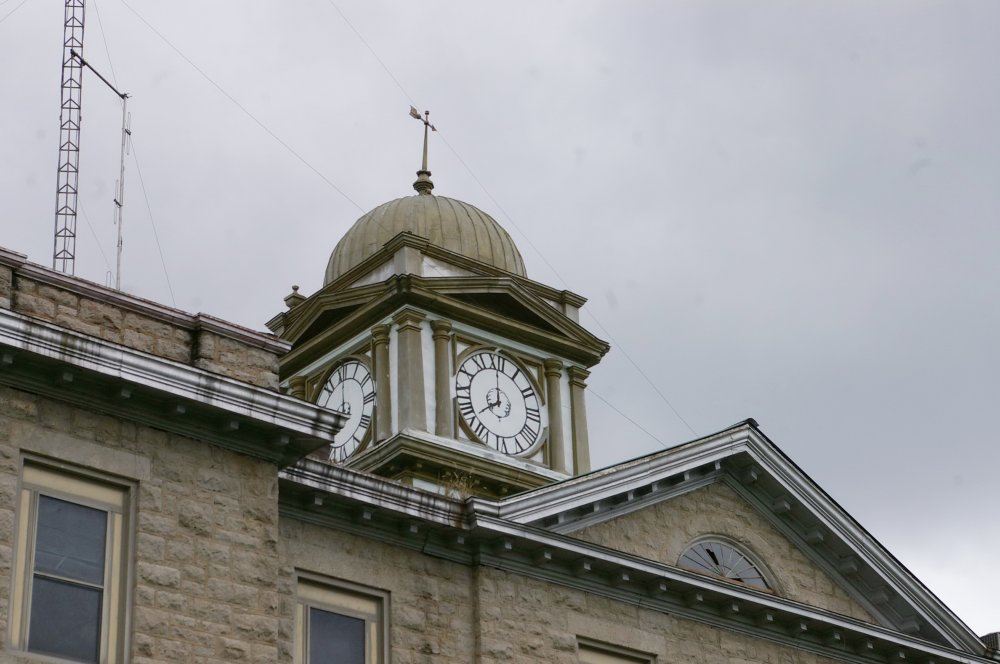