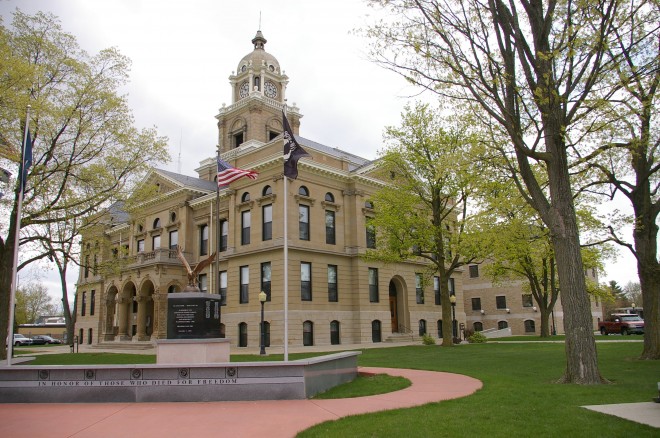 Gratiot County is named for Charles Gratiot, who was the military officer who built Fort Gratiot at the present site of Port Huron. 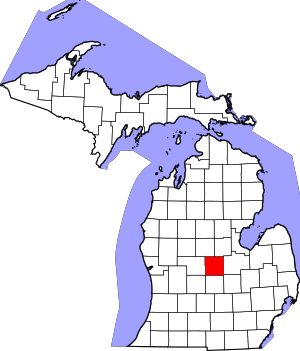 Description:  The building faces north and is a two story yellow-brown colored Berea sandstone and concrete structure. The building is located on spacious landscaped grounds in the center of Ithaca. The building has a large portico with three high arches on the first story having Corinthian columns and on the second story is a balcony with three windows and above is a decorated pediment. The east and west corners have square towers with low peaked roofs. On the center of the roof is a high square clock tower with columns, dome and small cupola at the top. In 1905, the clock was installed by N Johnson of Manistee. In the interior, there are dark stained wainscoting, metal ceilings and fireplaces, and at the center is a rotunda. The second story has an arched gallery around the rotunda. The magnificent courtroom on the second story has rich wood work, cream colored walls and backboard carvings of Justice and judicial ornamentation behind the judge’s bench. The building houses the County Circuit Court of the 29th Judicial District and County Probate Court. The supervisor was Jere Marks of St. Louis, Missouri. 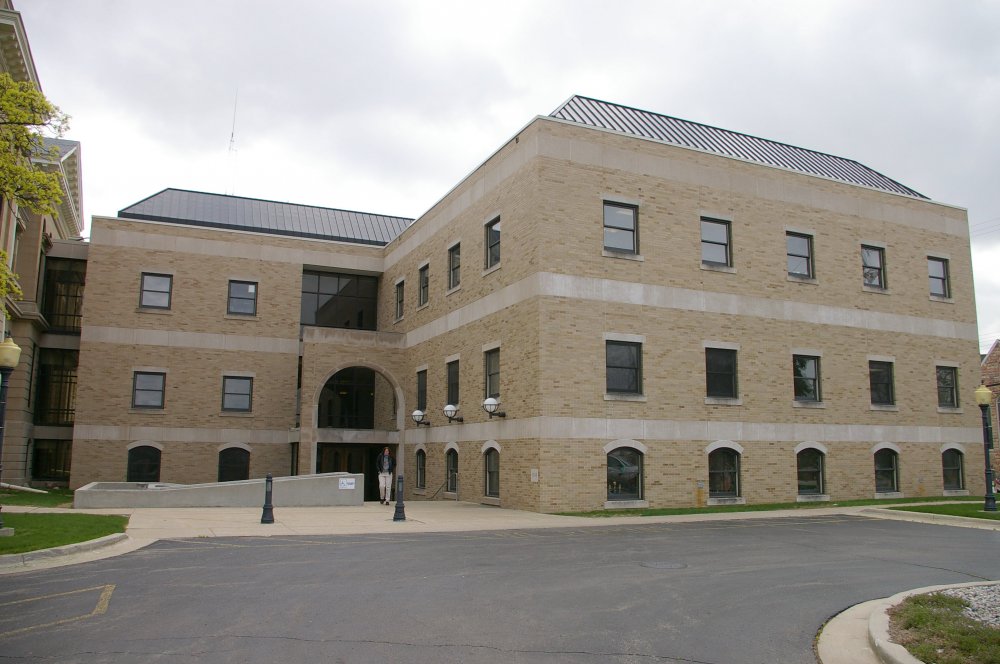 Description:  The building faces south and is a two story buff colored brick, glass and concrete structure. The building is located on spacious landscaped grounds in the center of Ithaca on the south side and attached to the courthouse. The south entrance has a concrete lattice wall with overhang at the doorway. The west section is two stories and the east section is one story. The building houses the County District Court. 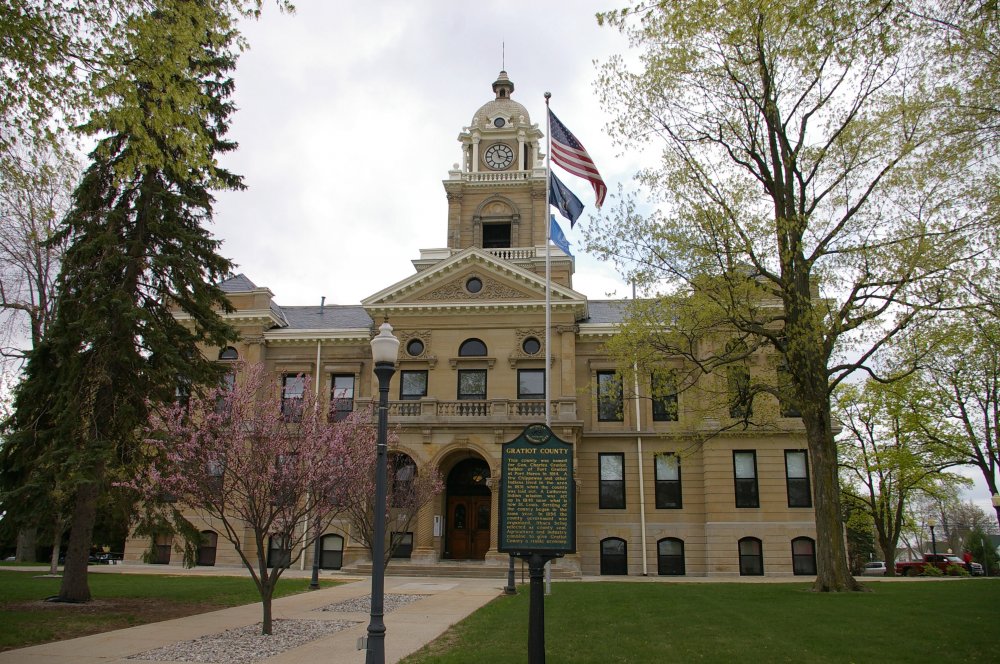 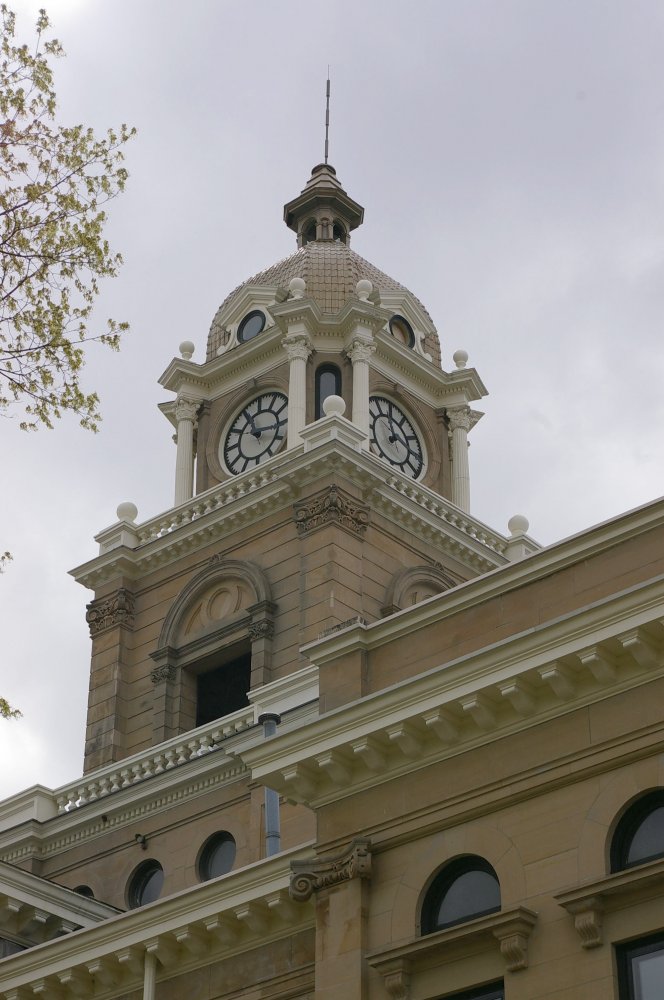 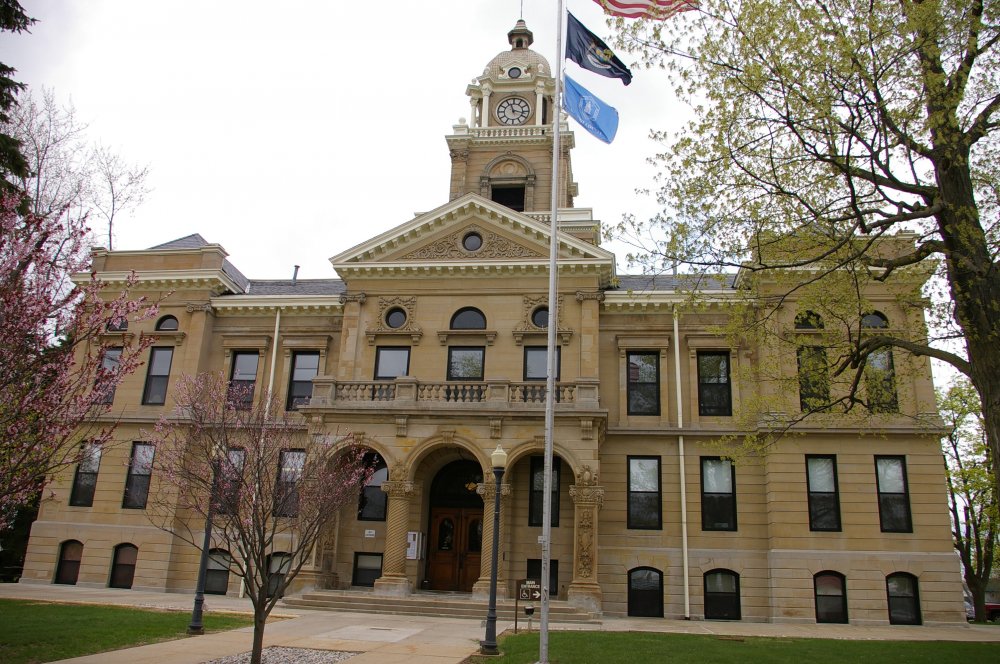 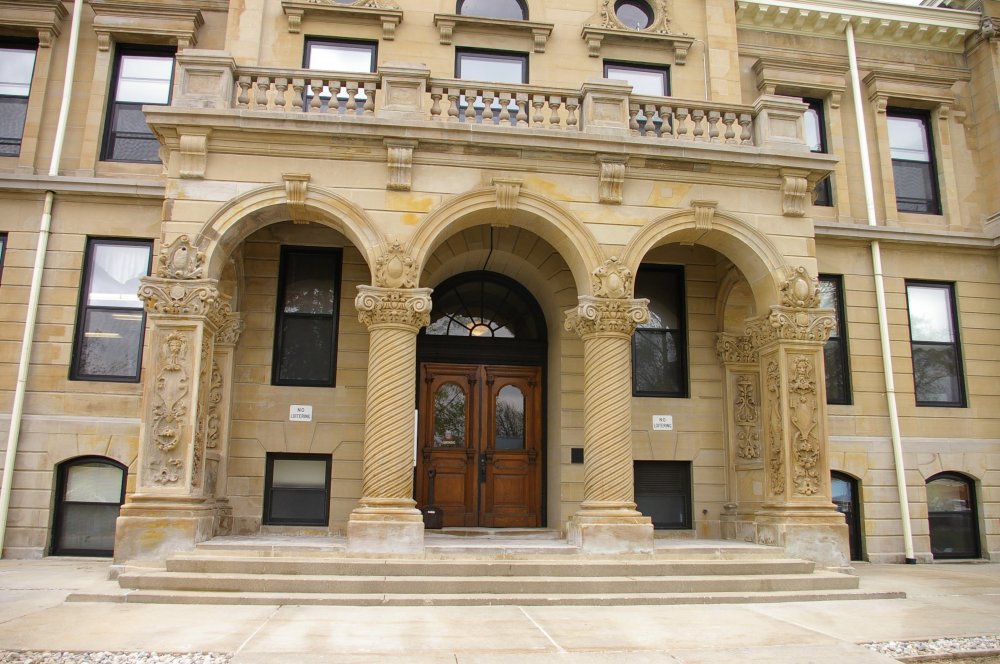 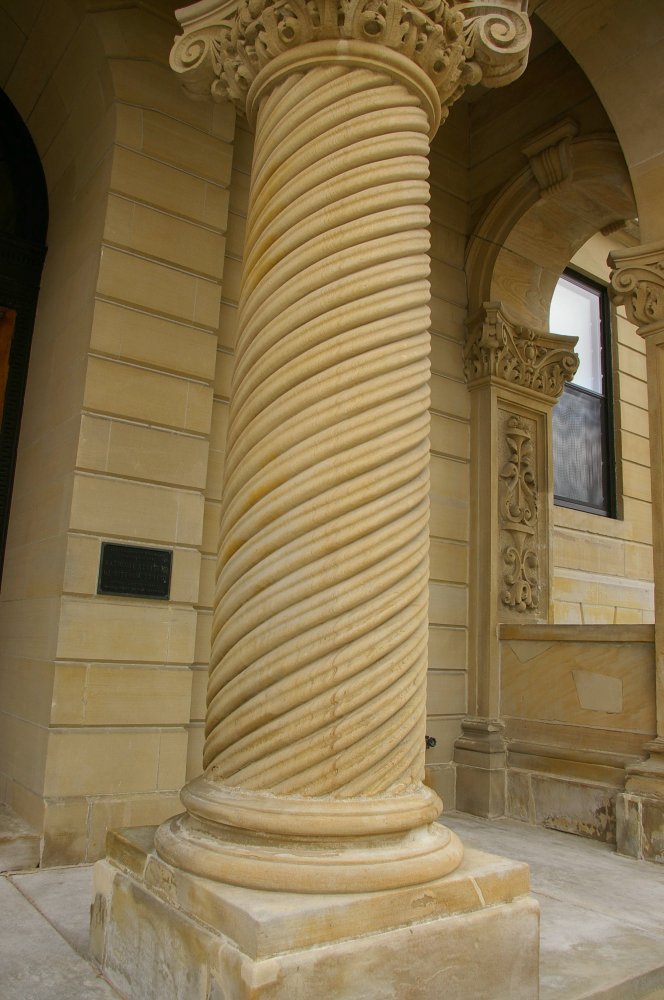 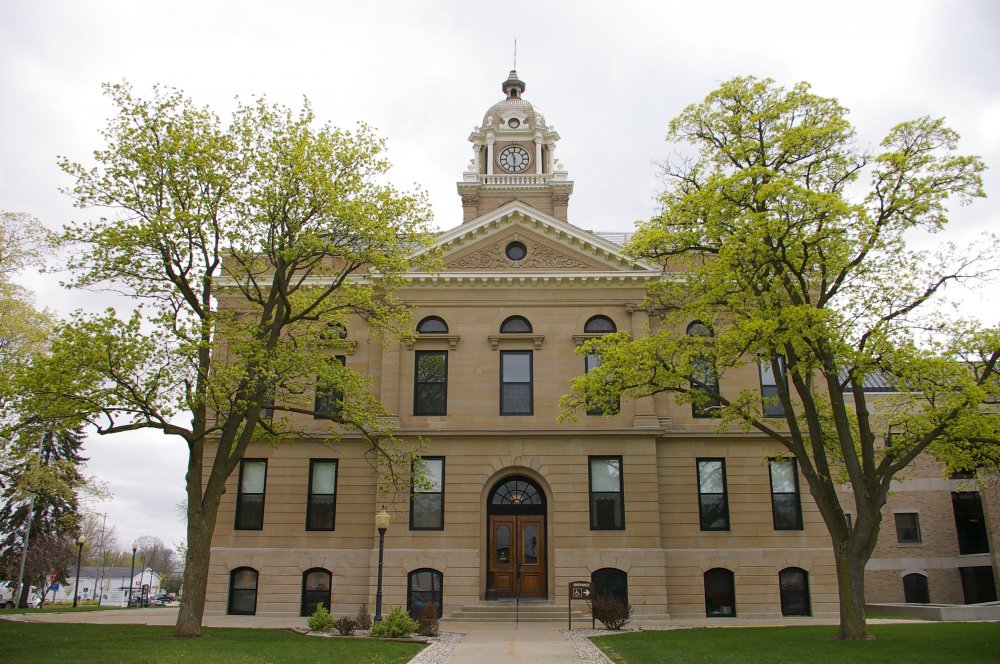 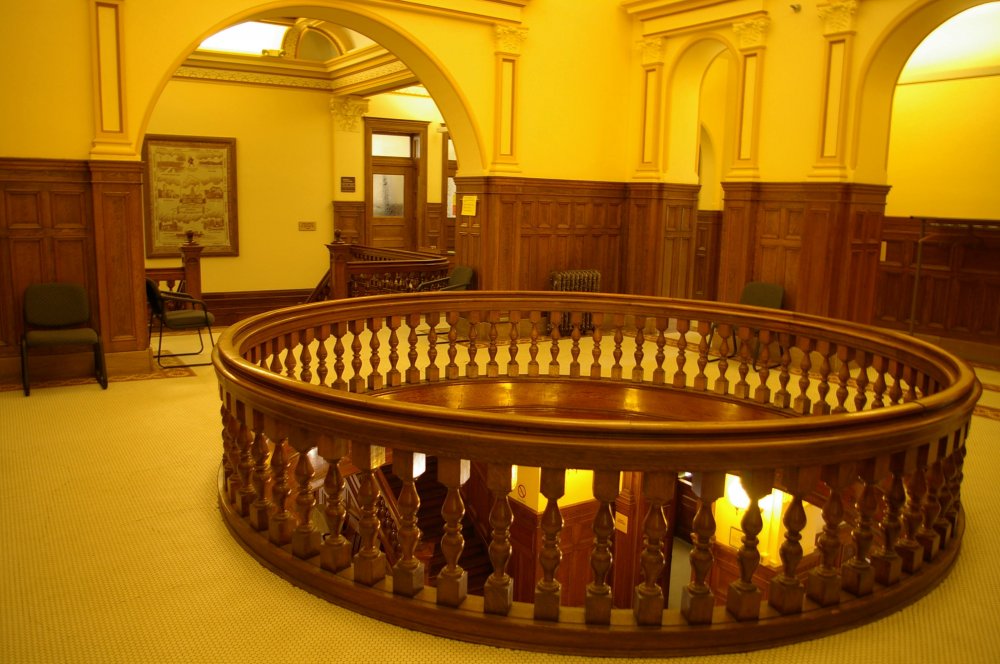 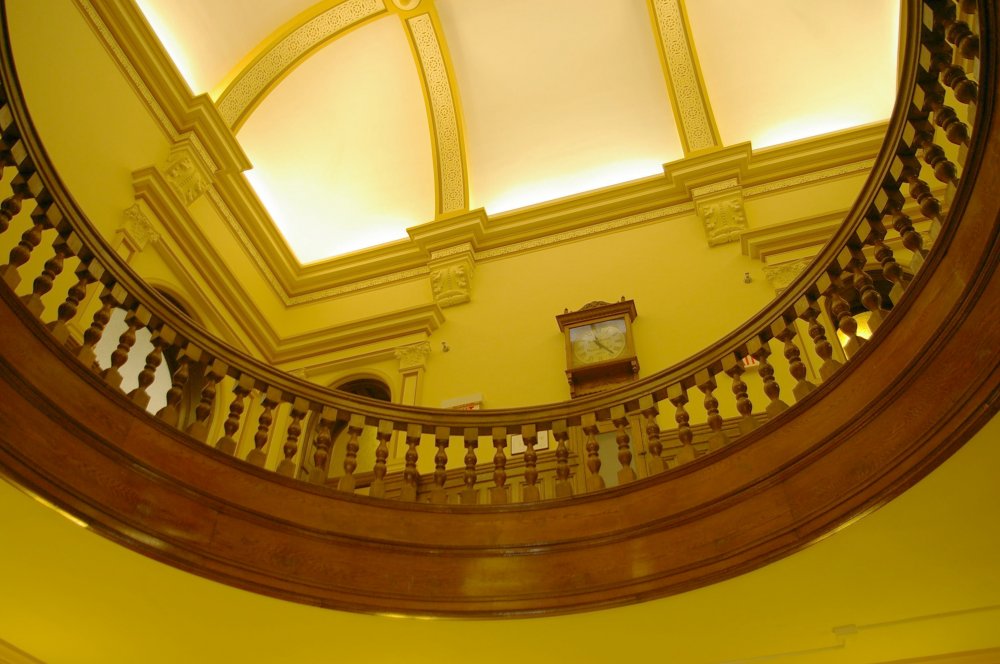 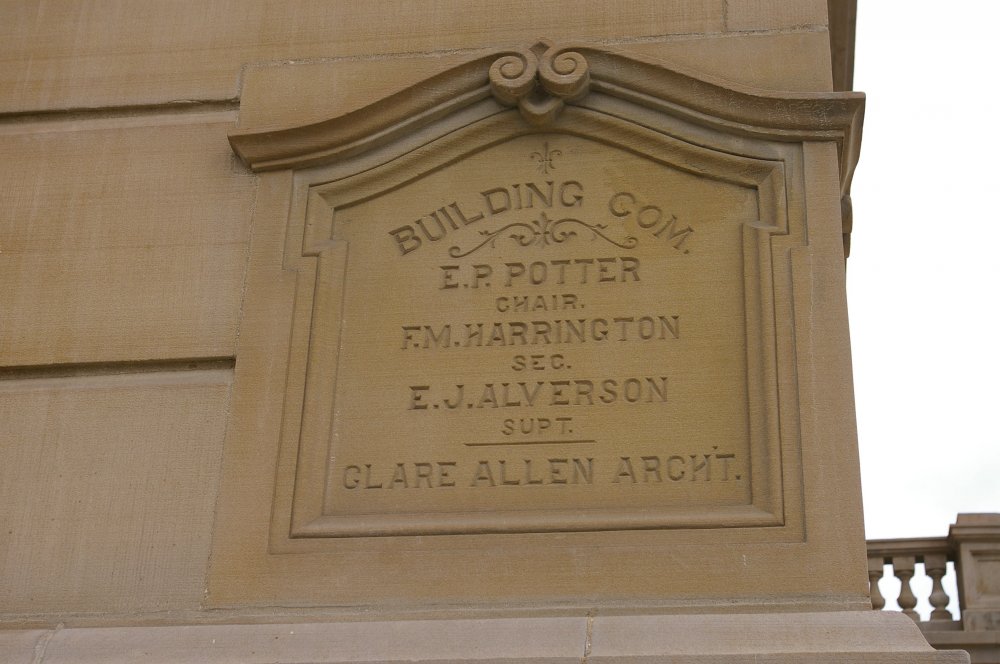 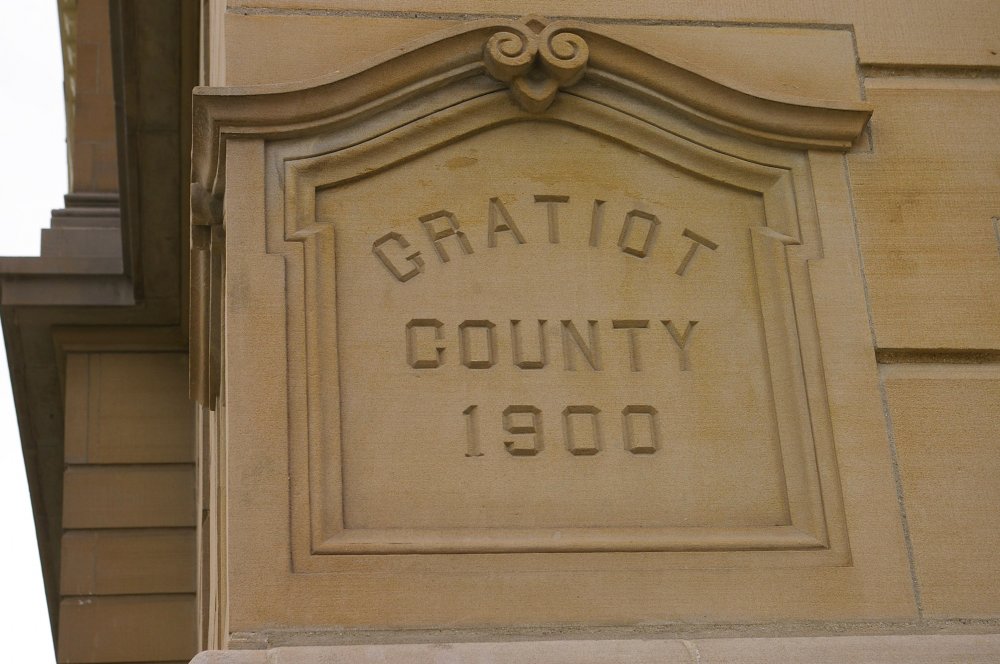 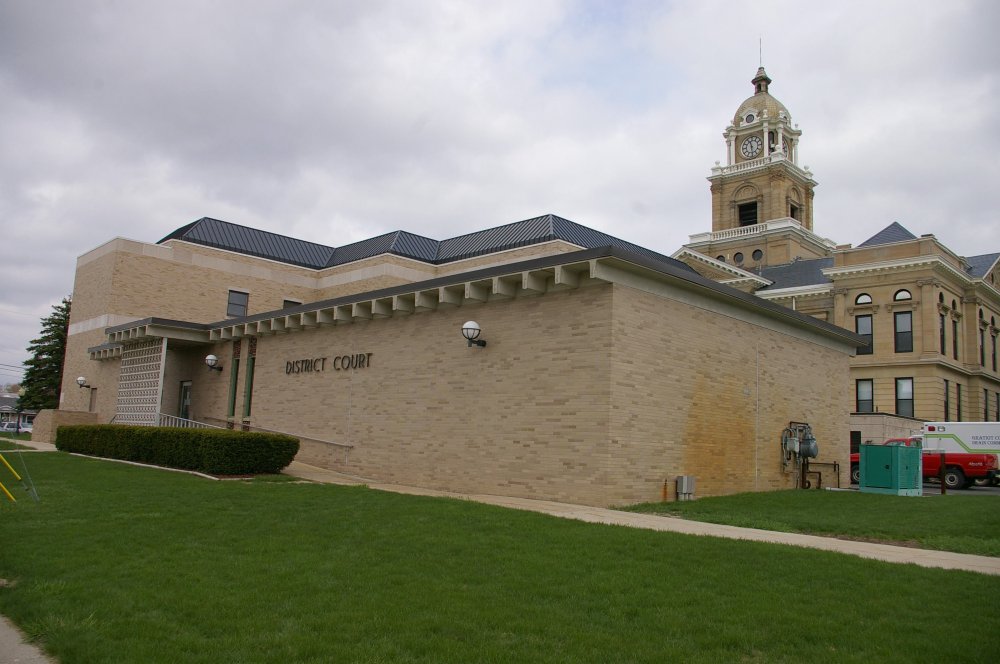 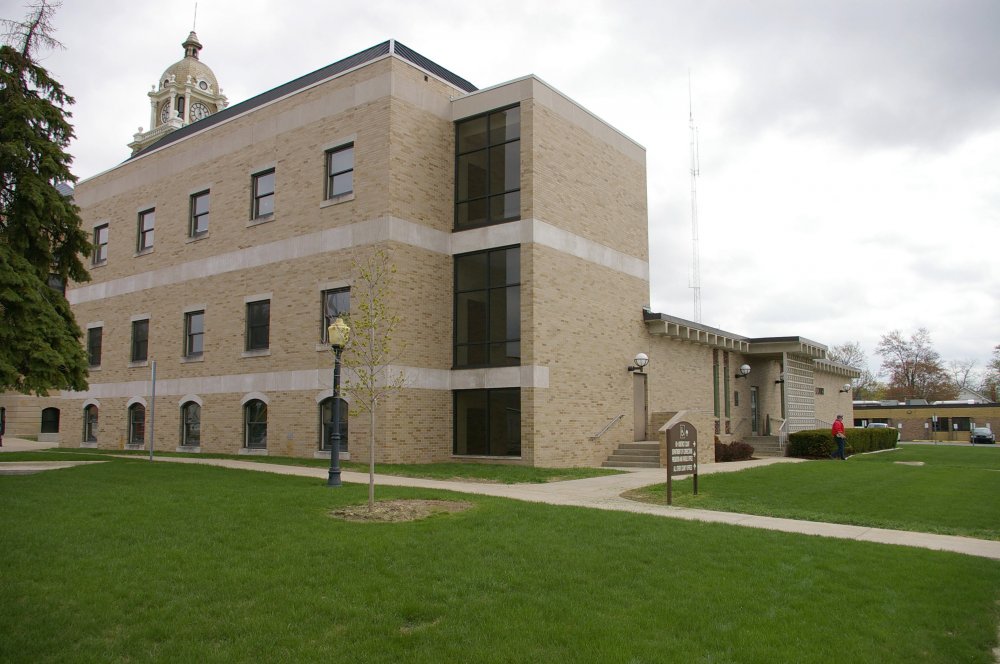 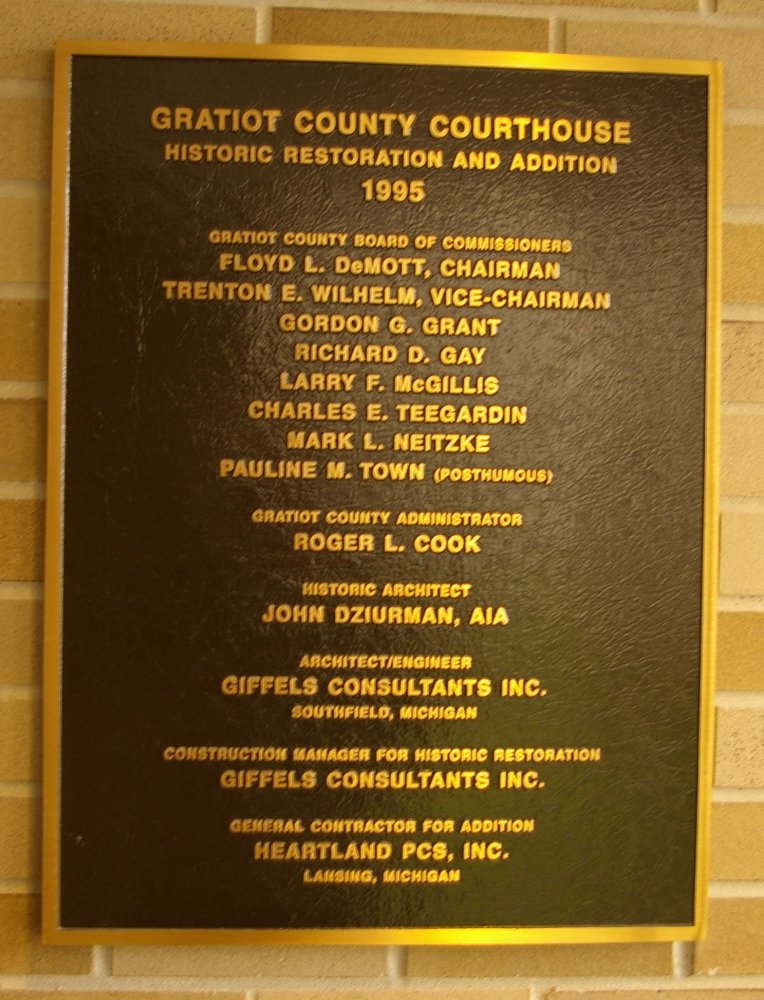 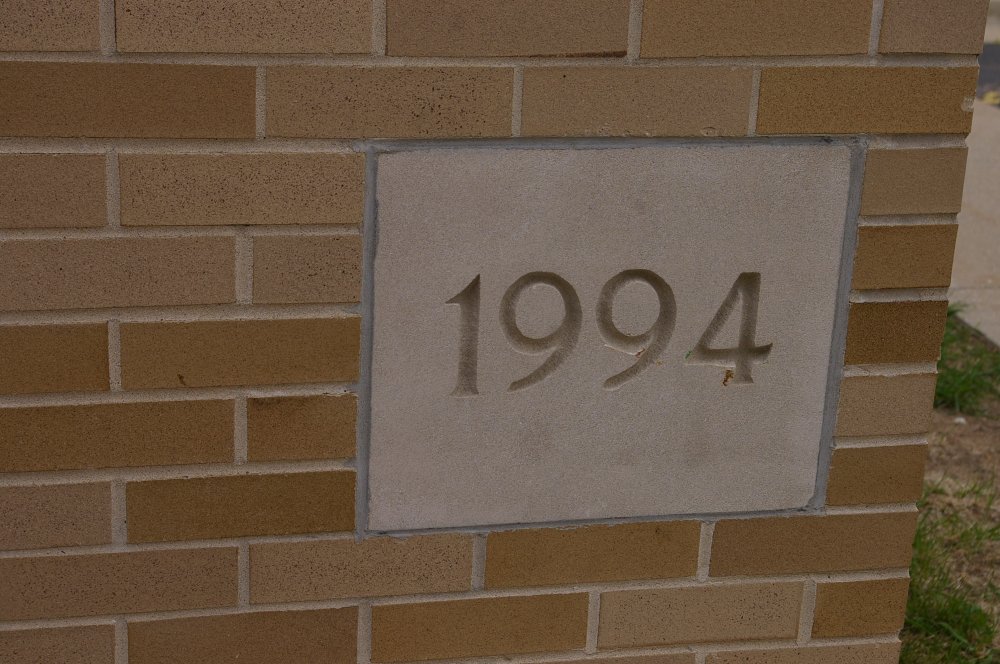 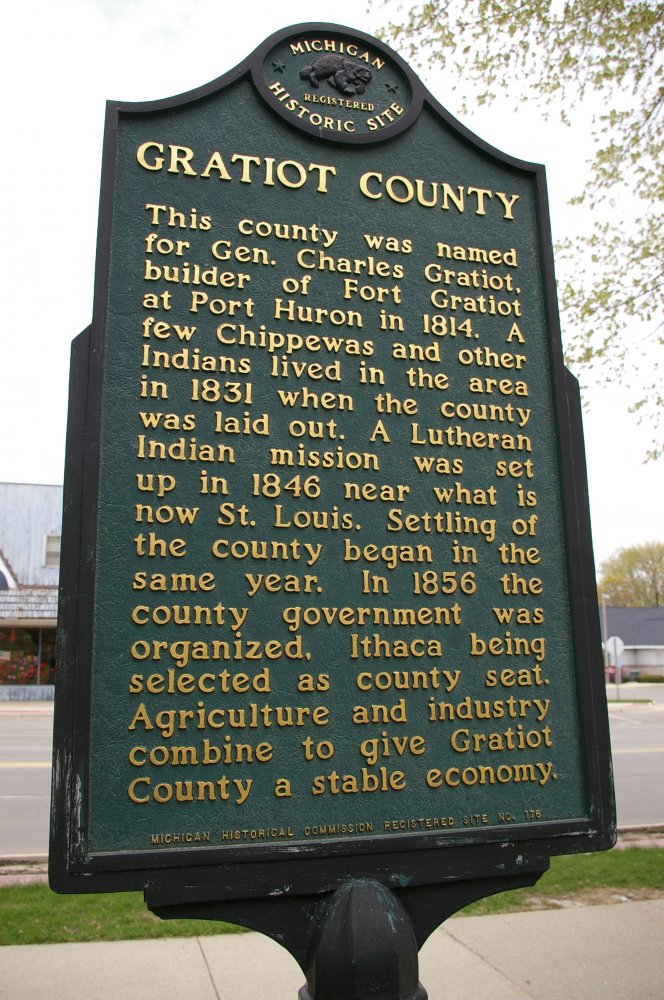