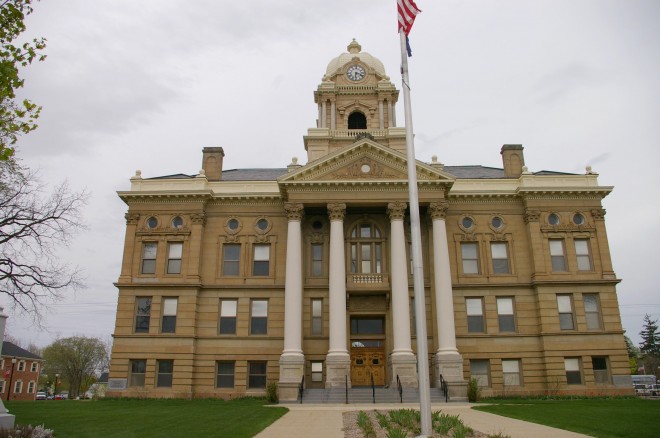 Shiawassee County is named for the Shiawassee River and means in the Native American language “river that twists about”.

Description:  The building faces west and is a three story limestone structure. On the west side is a large portico supported by four high white columns with a decorative pediment at the roof line. The cornice projects along the roof line. On the center of the roof is an elegant clock tower with columns and domed roof. 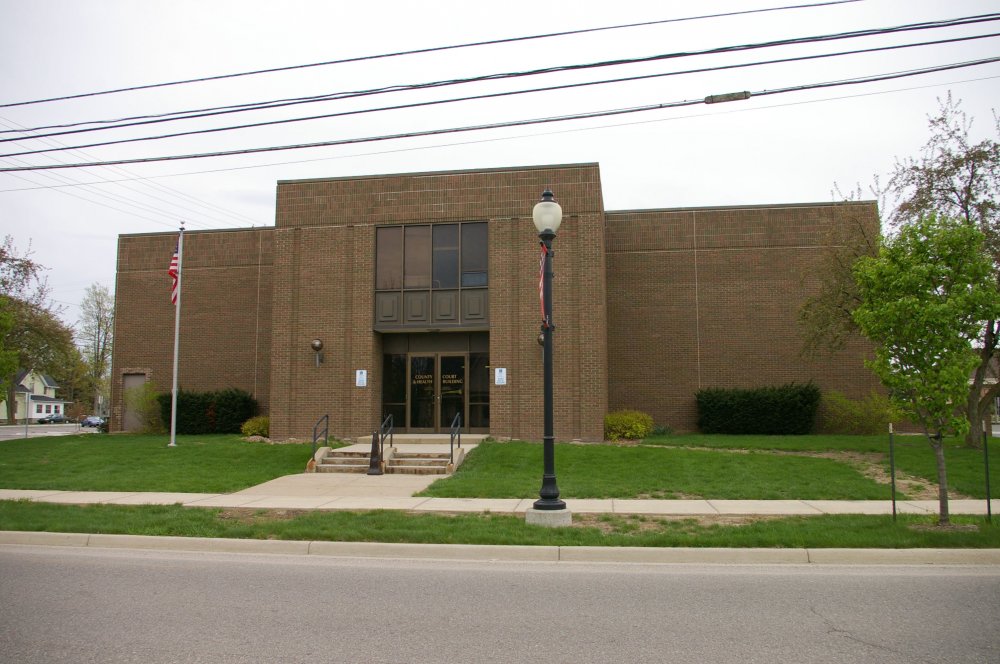 Description:  The building faces north and is a one story brown colored brick and concrete structure. The roof line is flat. 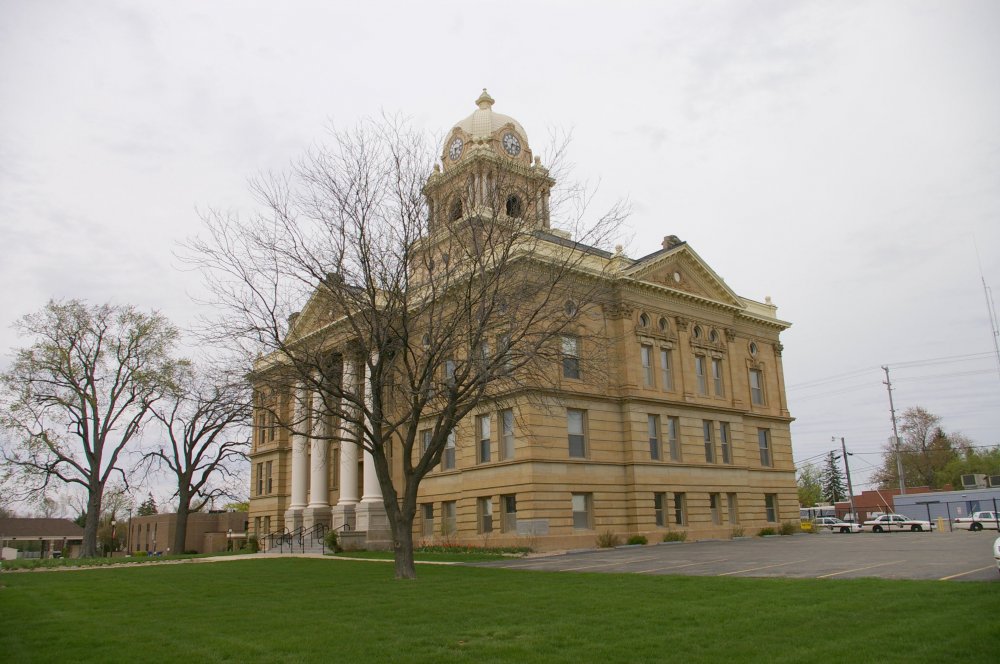 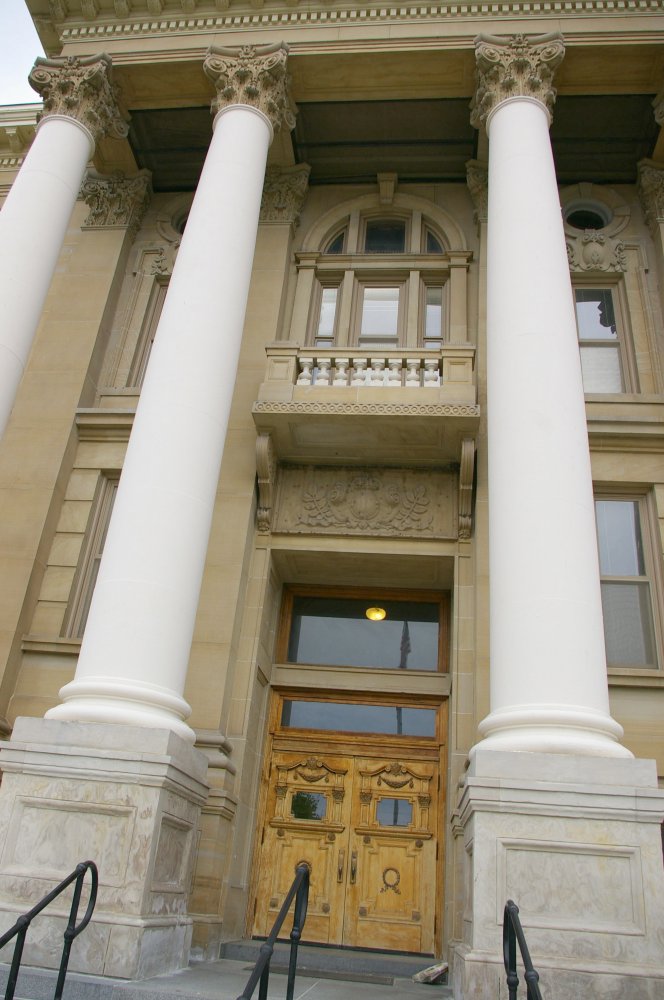 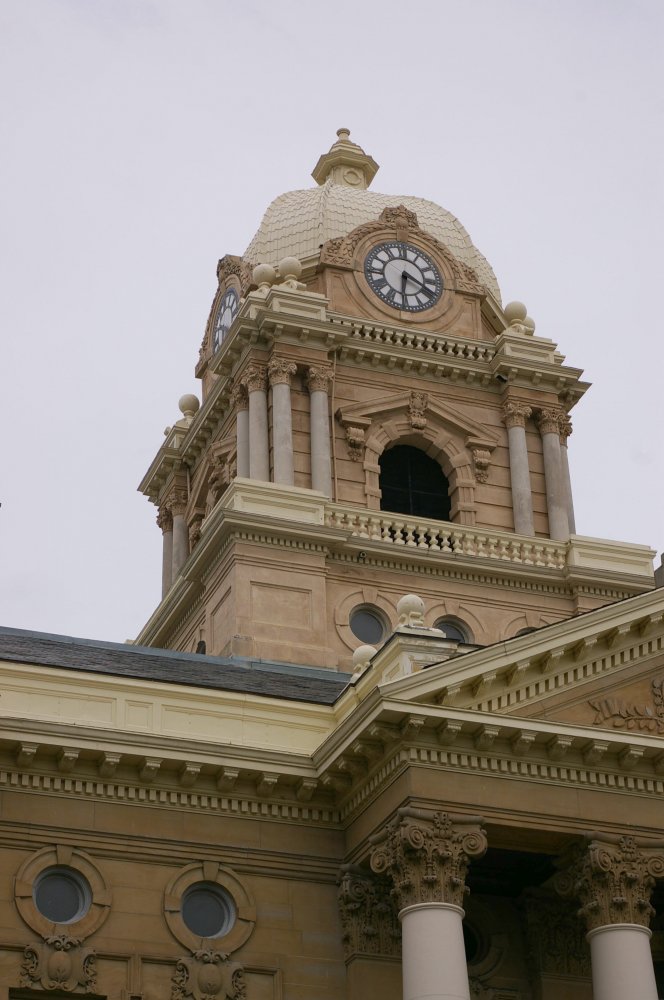 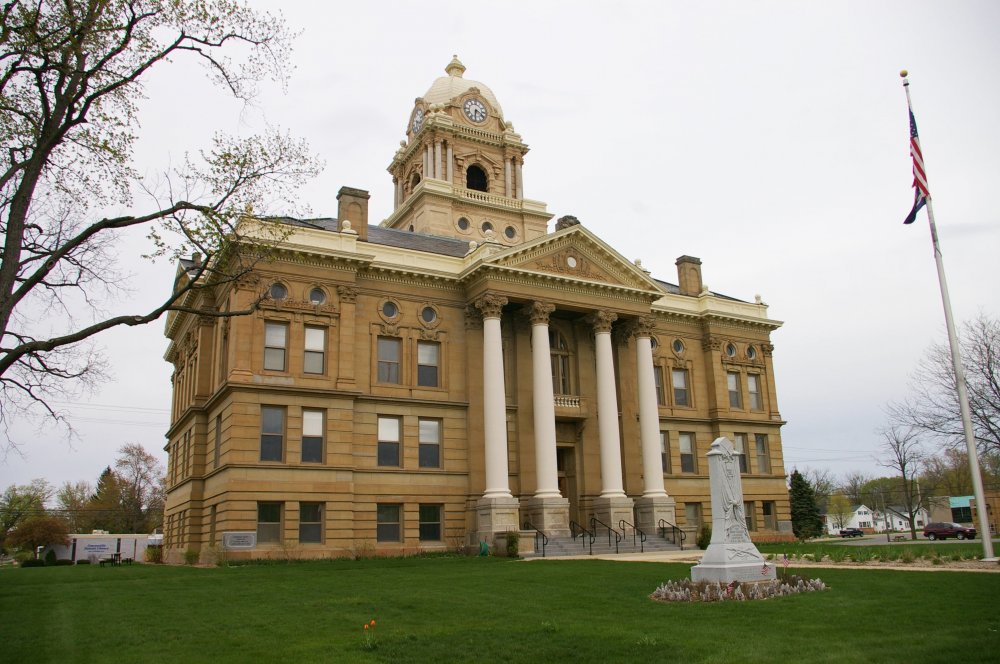 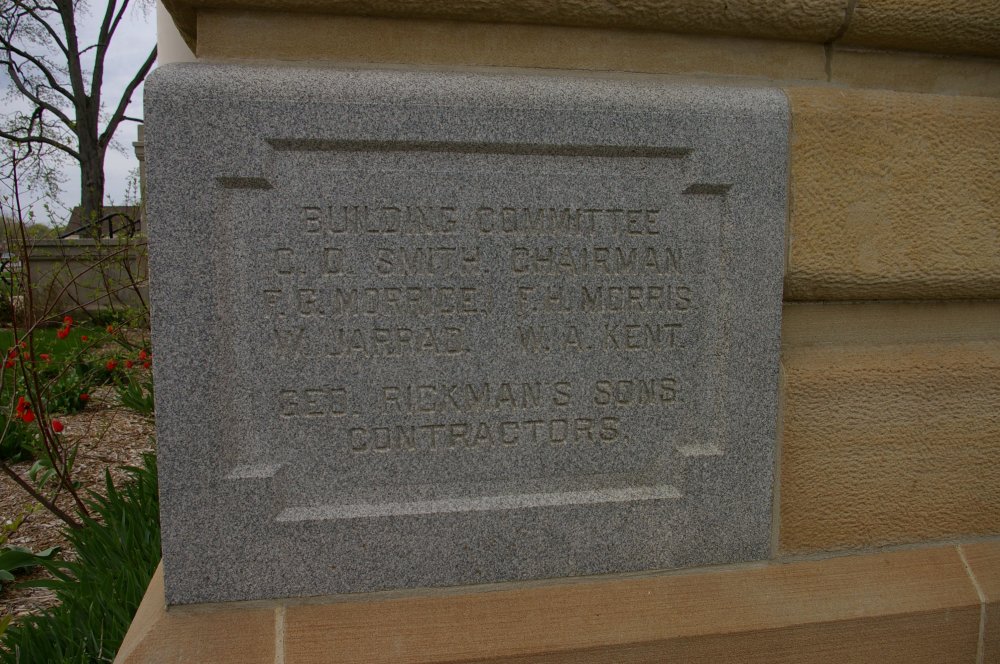 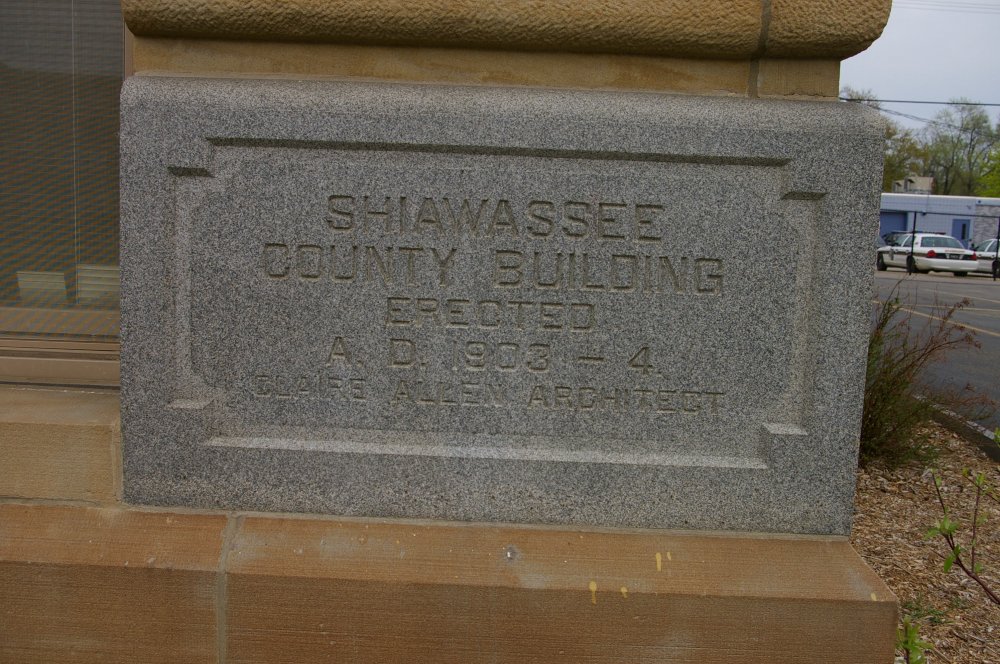 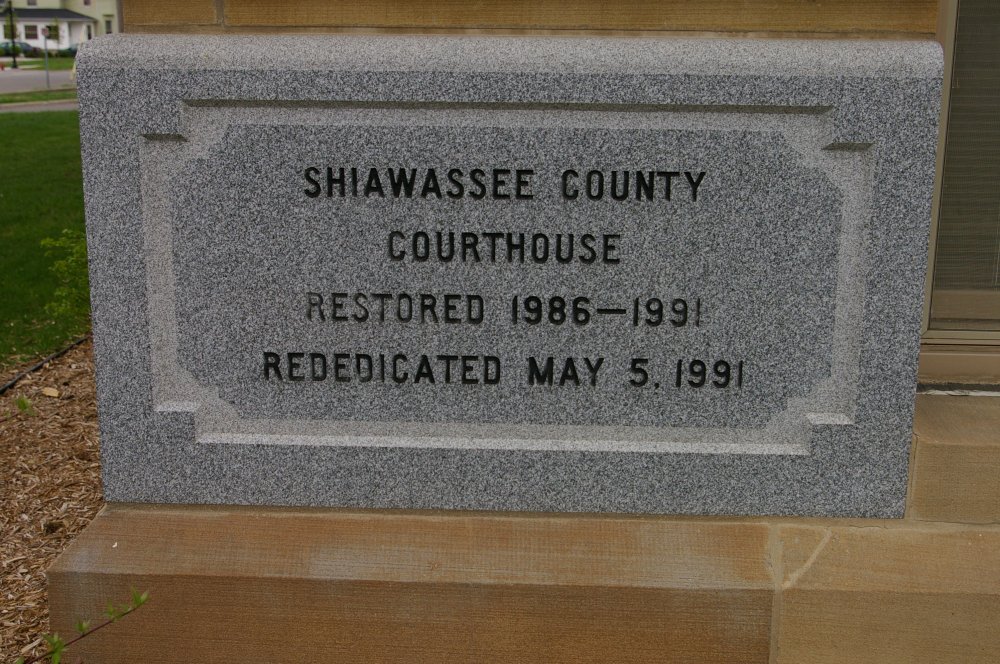 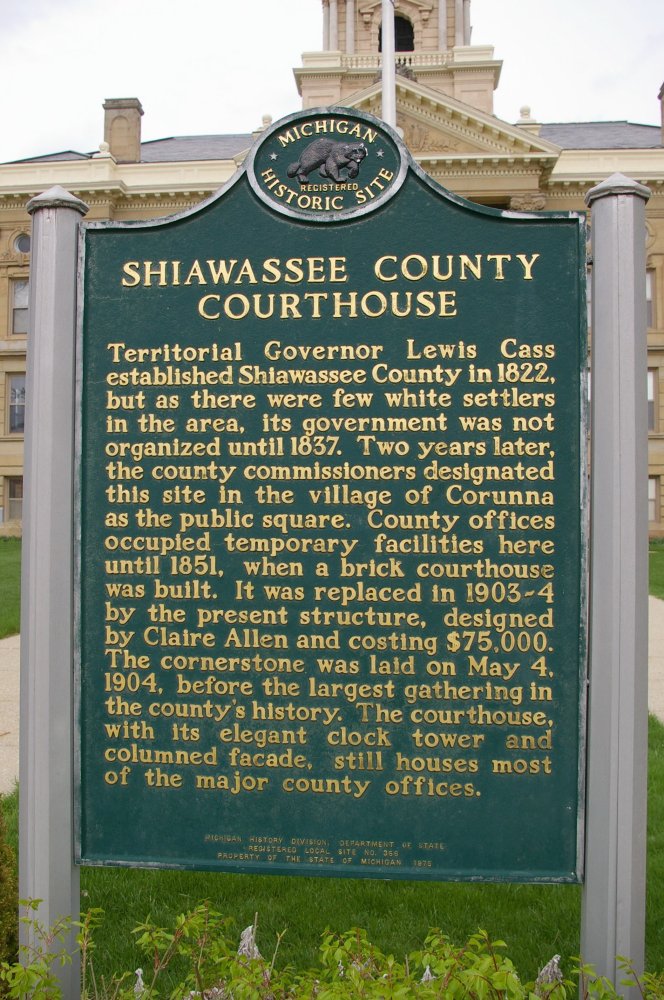