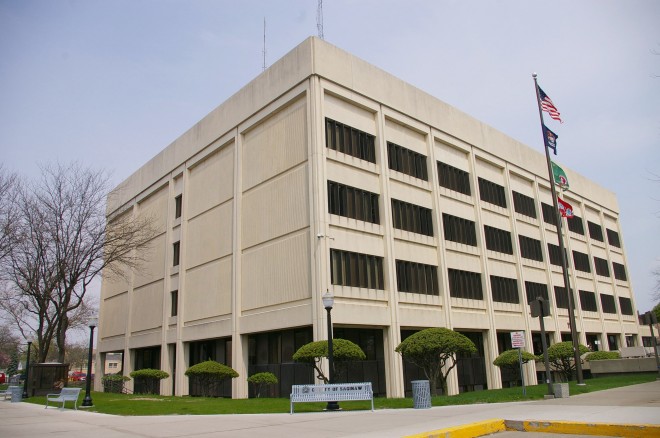 Saginaw County is named for a Native American term having reference to the Sauk tribe who lived at the mouth of the river, or from “Sace-nong” or “Sak-e-nong” ( Sauk Town ), or from the Chippewa words meaning “place of the outlet” from “sag” ( an opening ) and “ong” ( place of ). 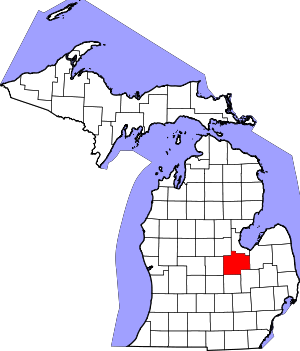 Description:  The building faces southeast and is a four story concrete and glass structure. The rectangular shaped building is located on landscaped grounds in the center of Saginaw. The first story has recessed walls with a walkway. The roof line is flat. The building houses the County Circuit Court of the 10th Judicial District, County District Court and County Probate Court. The building is named as the Saginaw County Government Center. The old clock from the 1884 courthouse was placed in a tower which stands in front of the building.

History:  The county was created in 1822 and Saginaw was selected as the county seat in 1837 when the county was organized. The first county meeting was held in a schoolhouse. In 1837. The county leased the Saginaw First City Bank as the first courthouse. The second courthouse was a white colored clapboard structure built by Asa Hill in 1837 to 1843 at a cost of $9,510. The contractor died during the construction period. The third courthouse was a brick structure designed by Frederick W Hollister and built by Dawson & Anderson of Toledo, Ohio at a cost of $92,712. North and south wings were added in 1926 to 1927. The fourth and present courthouse was constructed in 1971 to 1972 at a cost of $11,000,000. 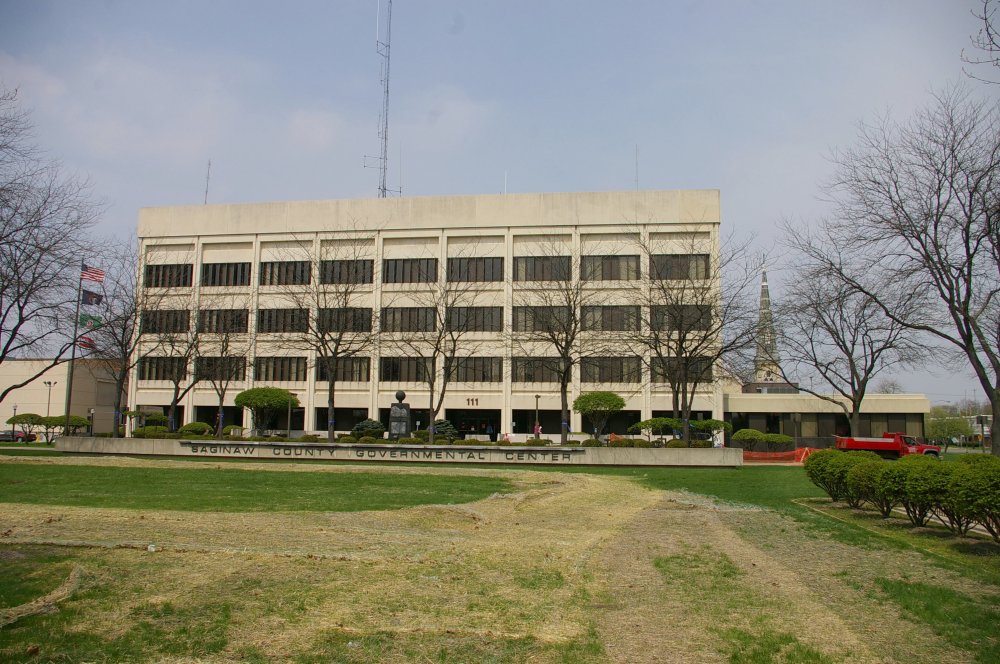 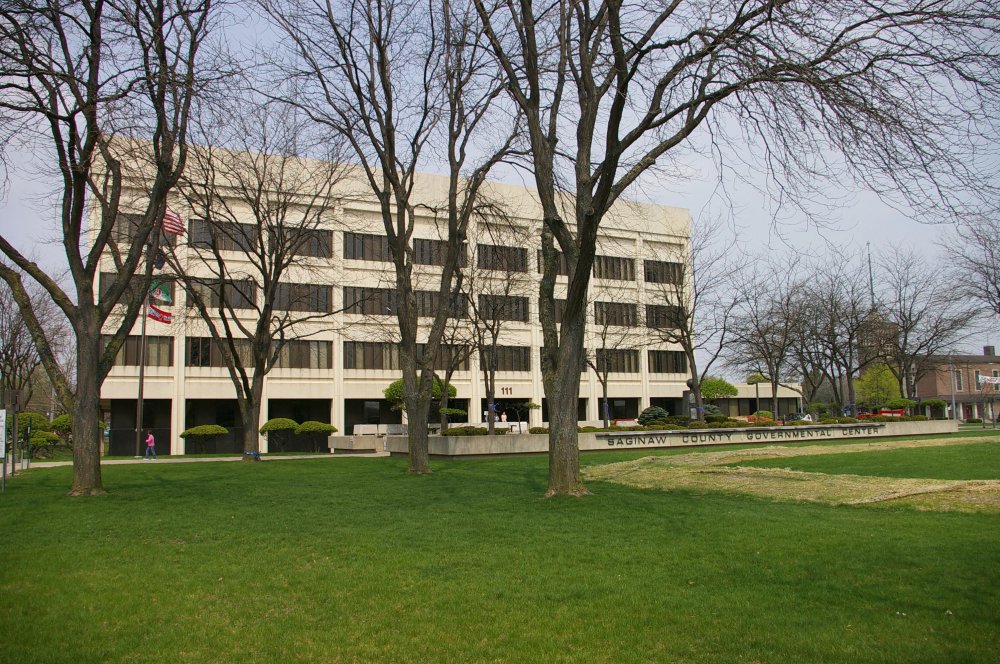 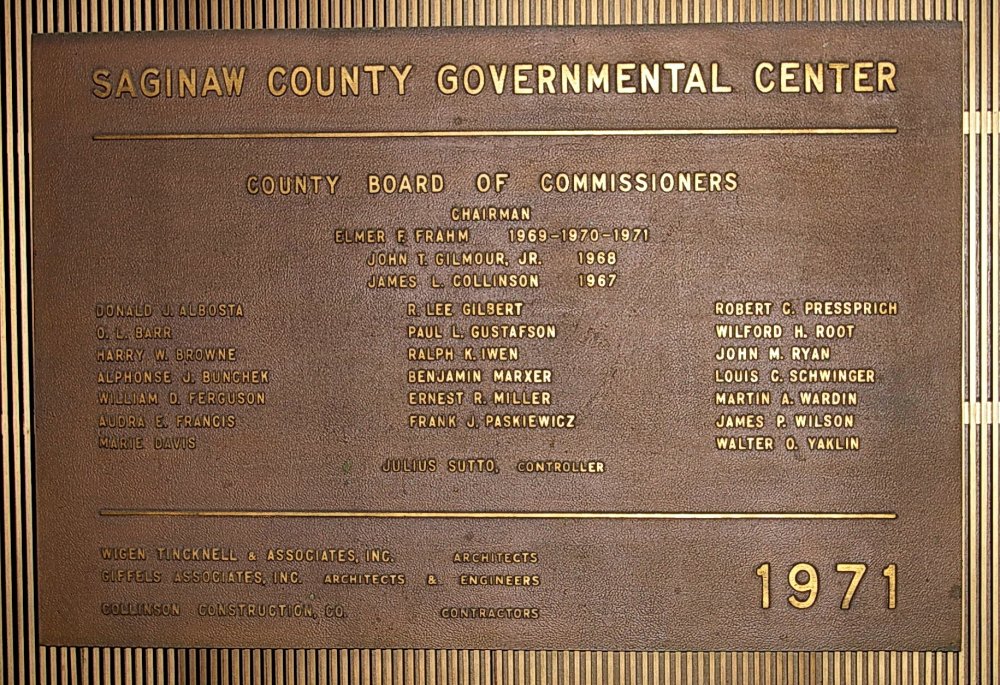 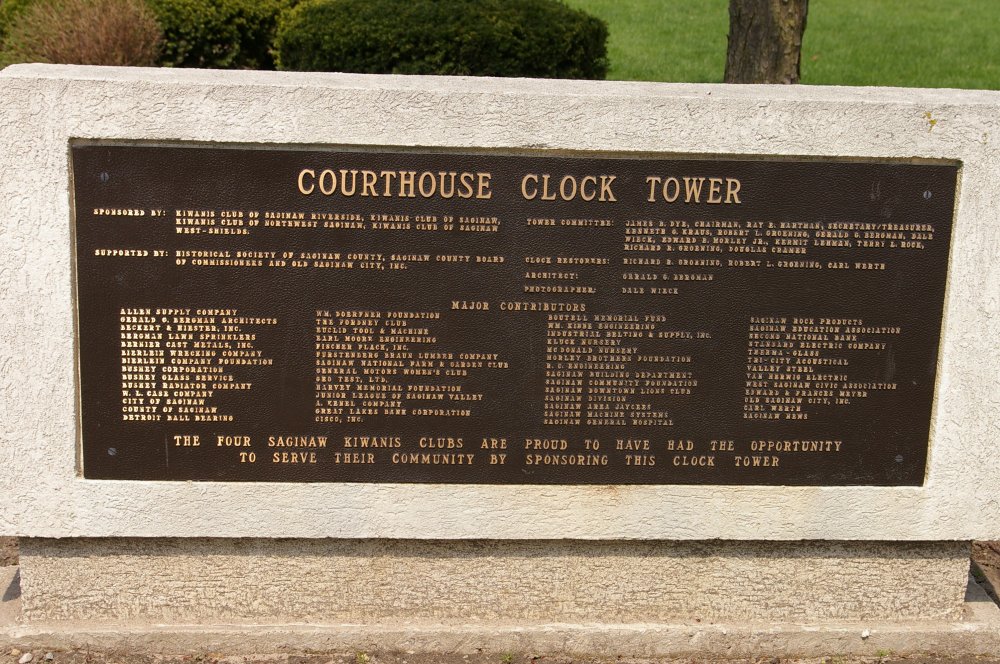 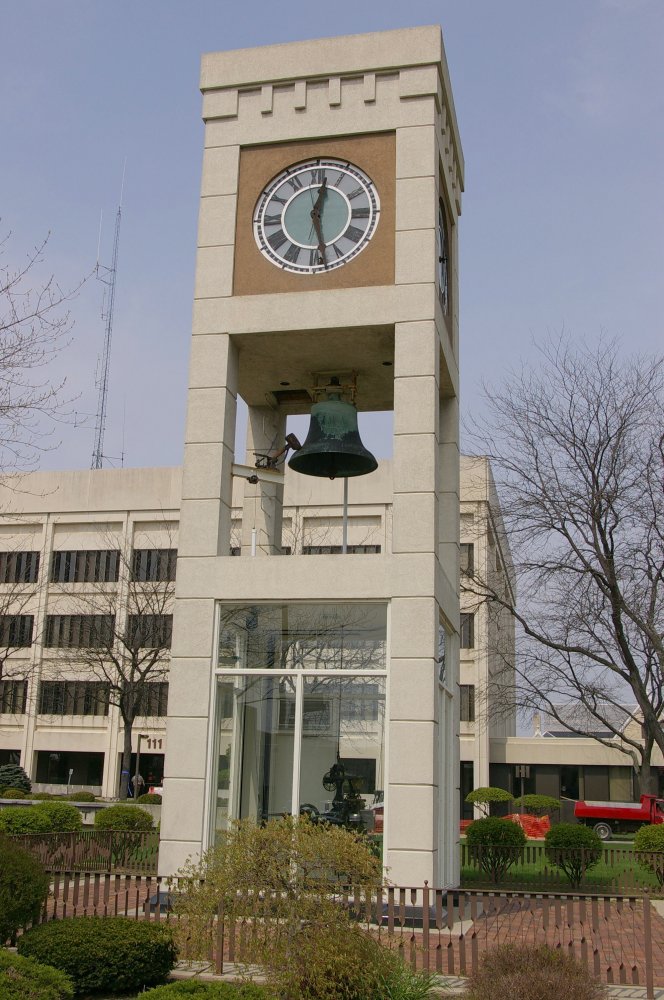 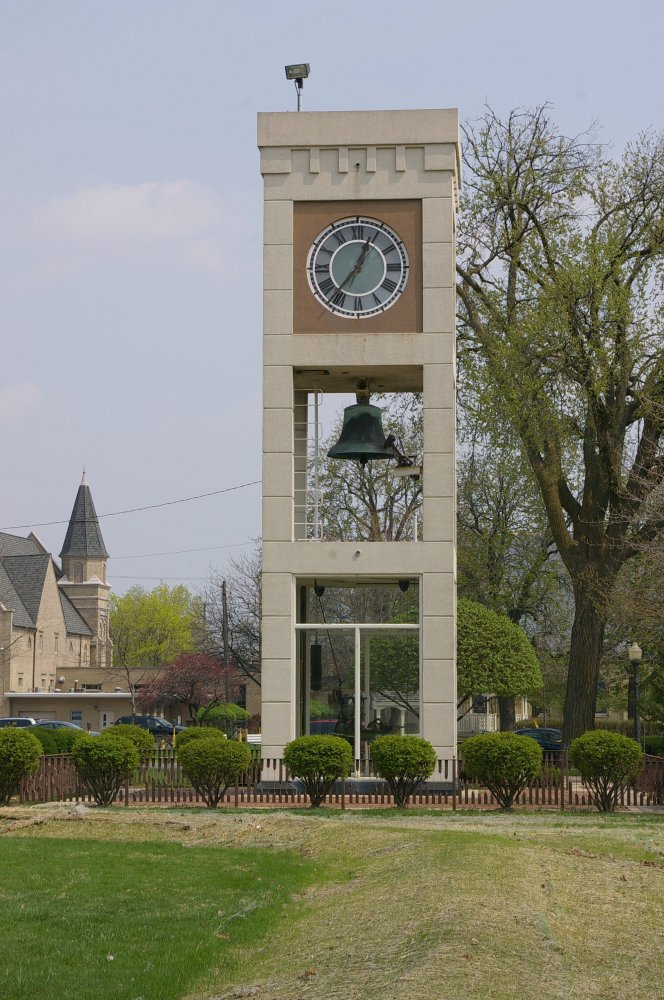 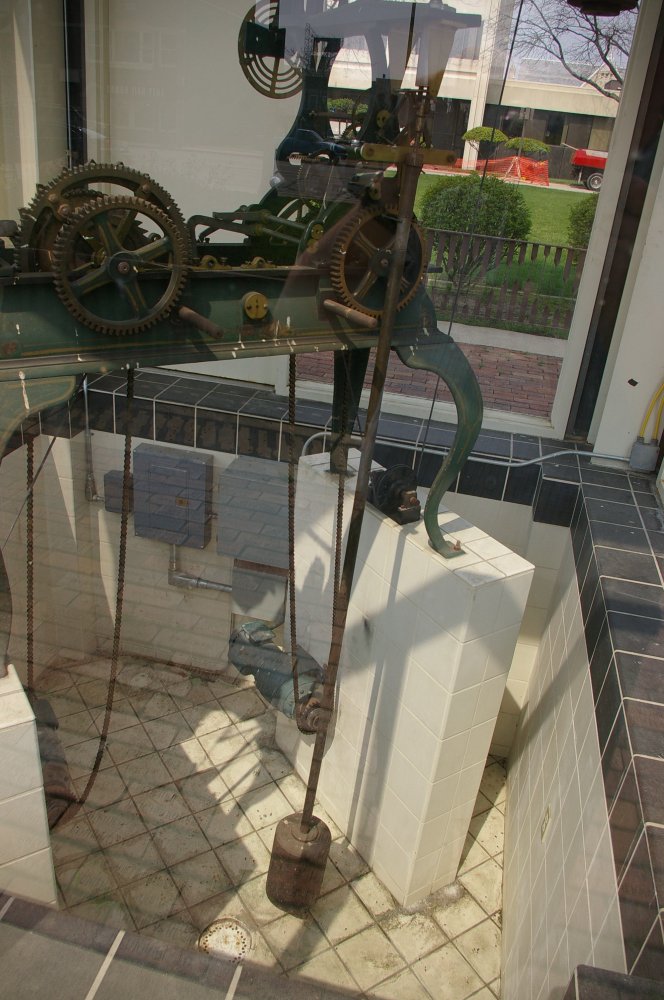 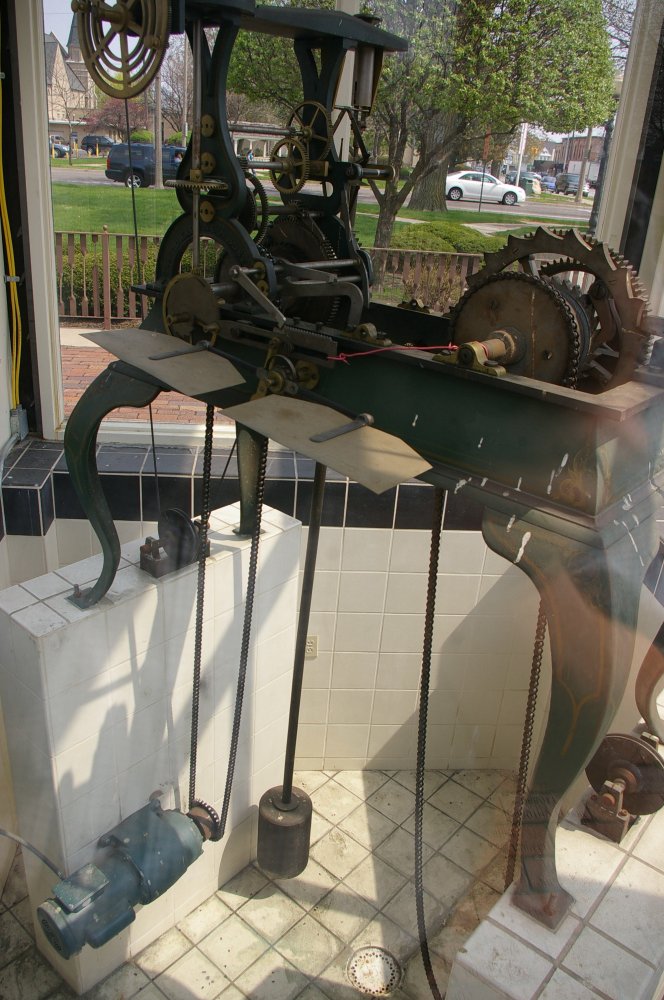