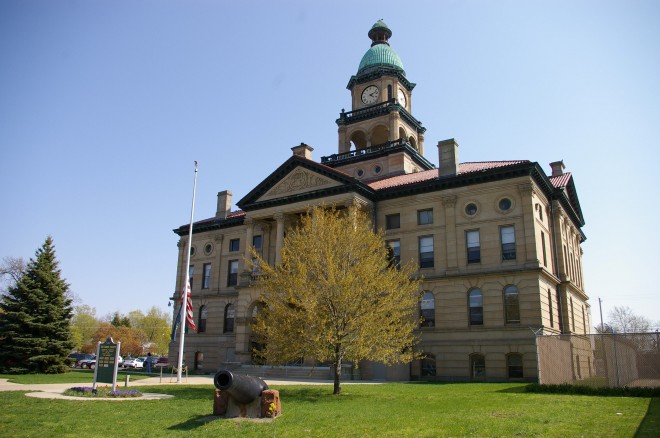 Van Buren County is named for Martin Van Buren, who was a United States Secretary of State and later President of the United States.

Description:  The building faces north and is a three story sandstone and concrete structure. The building is located is located on landscaped grounds in the center of Paw Paw. The building has a raised basement. There is a large portico with three arches on the first story and four columns rising to the top of the second story with decorative pediment at the roof line. On the centre of the roof is a large square clock tower with open sides. Atop the tower is a smaller square clock tower with high green colored copper roof. The Sheldon and Oradell Rupert memorial clock was installed in the tower in 1986. The interior has four murals and a main stairway. There is a rotunda beneath the clock tower. The courtroom is located on the second story and has a dark wood finishing and a high curved ceiling with chandelier. The building houses the County Circuit Court of the 36th Judicial District, County District Court and County Probate Court.  In 1974 to 1976 an annex was constructed on the south side. The architect was Trend Associates Inc. and the contractor was Paul J Barton & Associates Inc.

Note:  The County District Court is also located in the County Building West in South Have at 1007 East Wells Street and Bailey Avenue. Description:  The building faces south and is a two story wood fame structure. The building is located in the center of Pawa Paw. The south front has six white colored columns rising from pillars on the first story to a wide pediment at the roof line. Above the central wood framed entrance is a large arched windows. The roof is hipped. The building now serves as the City Hall. 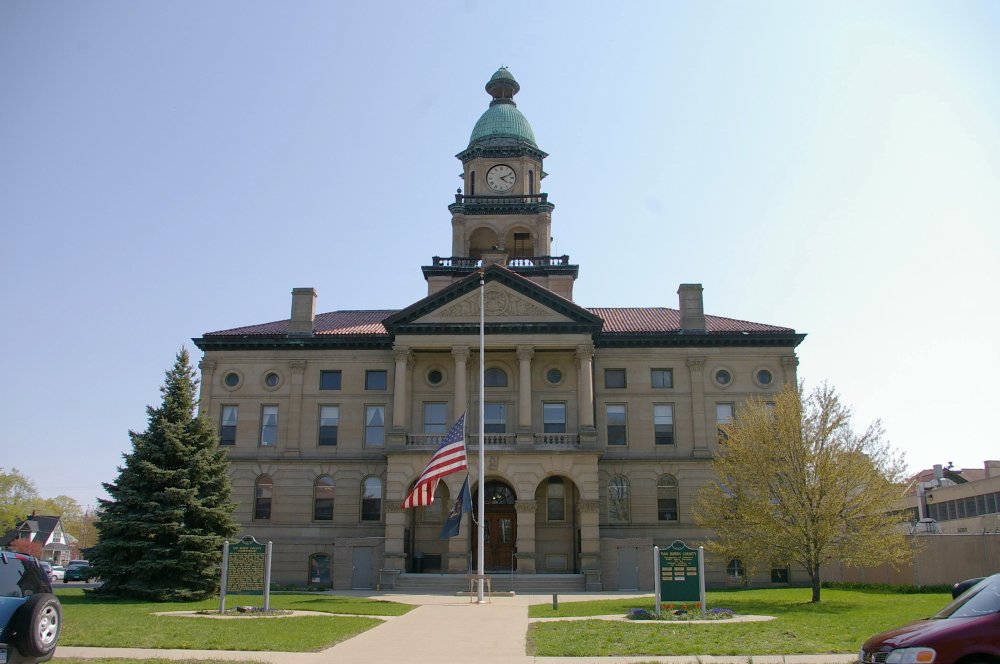 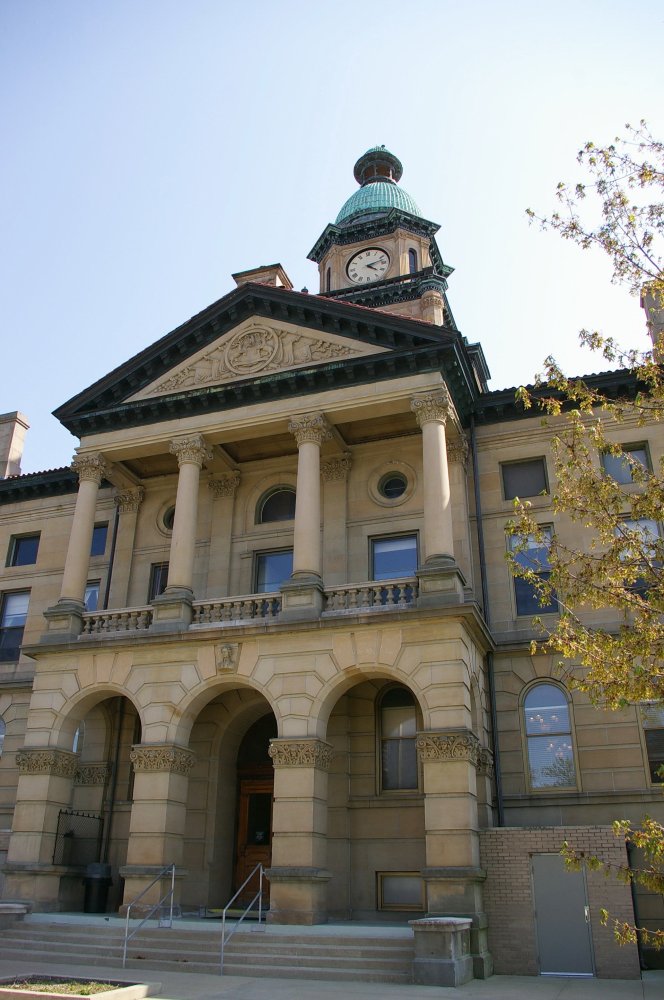 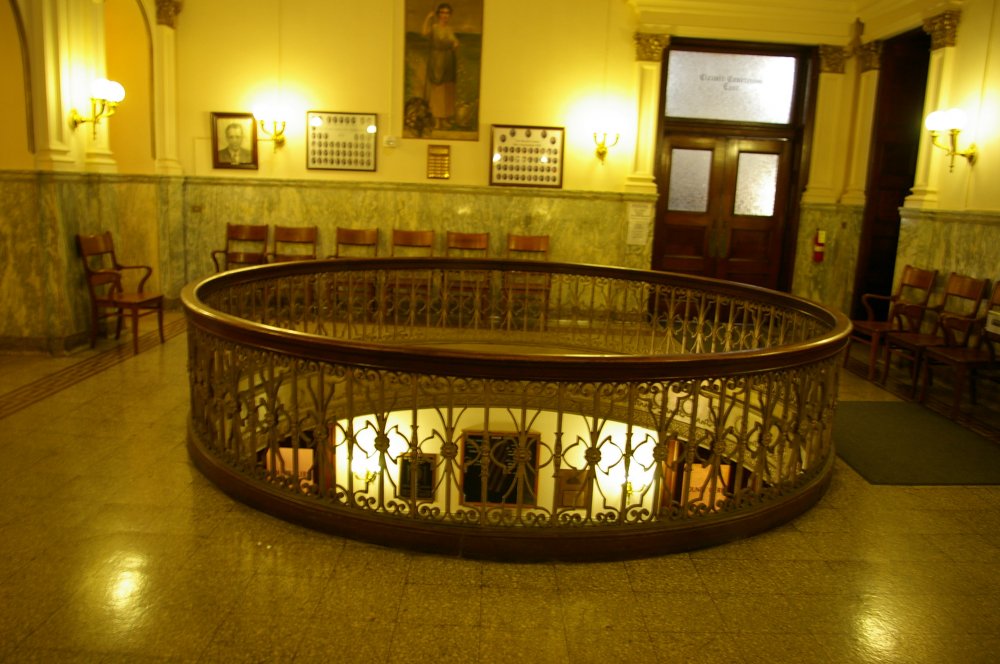 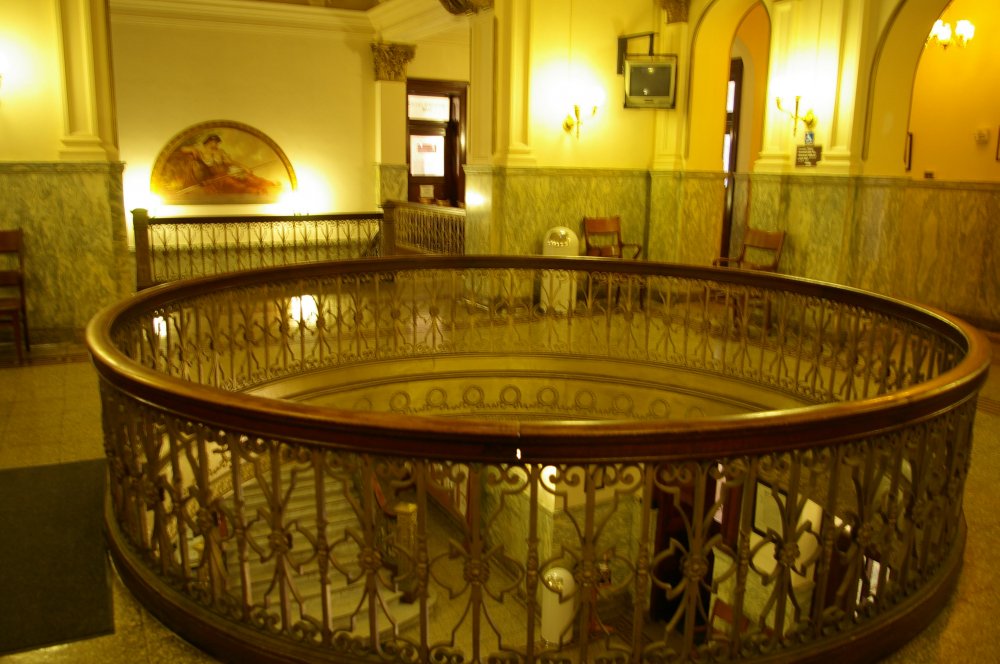 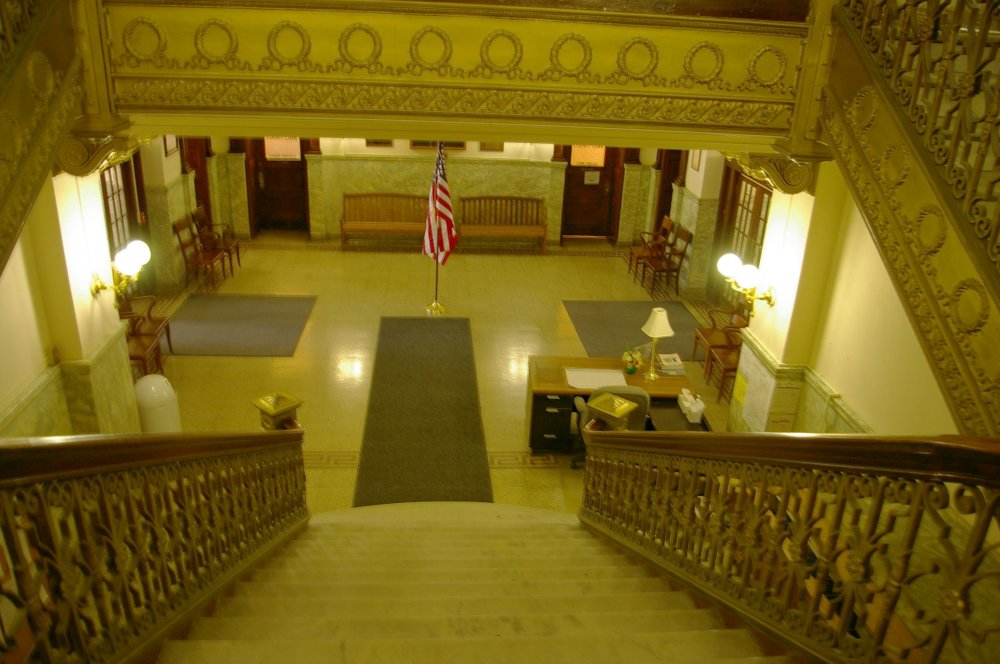 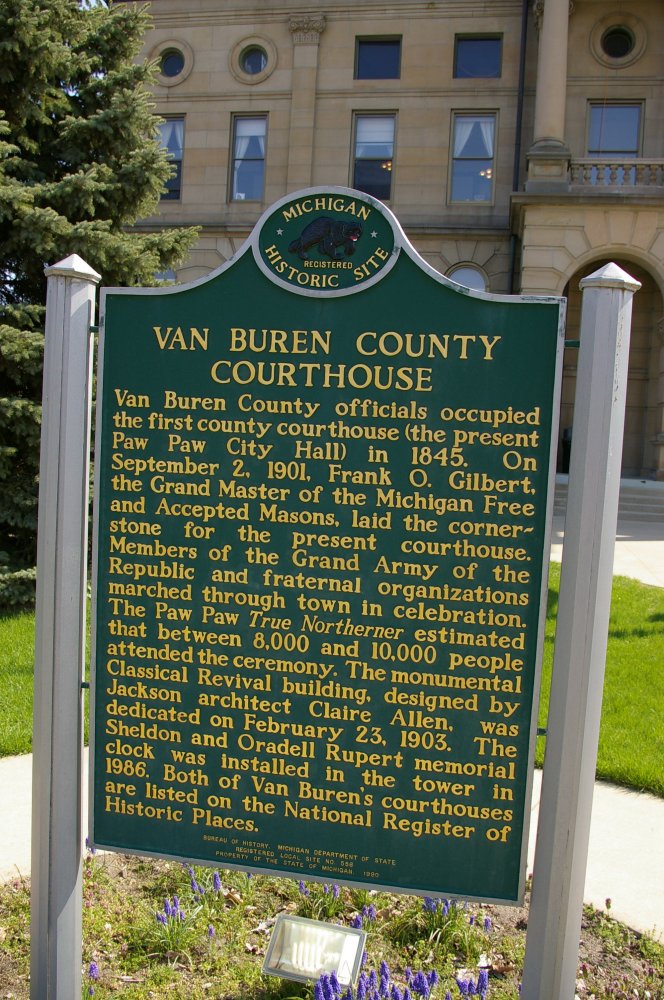 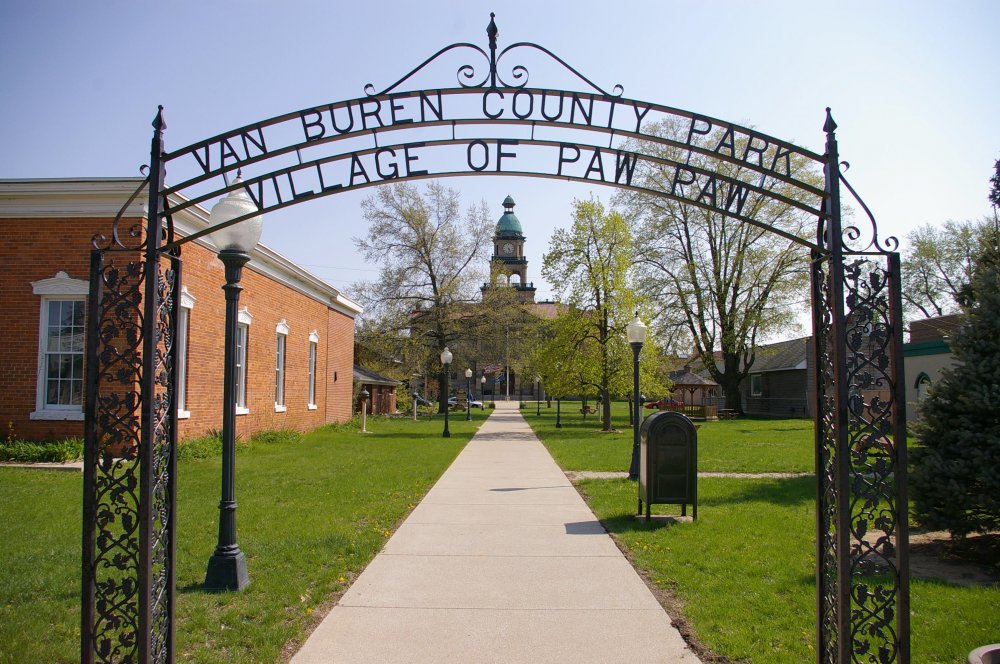 Old County Building 1875 on left side 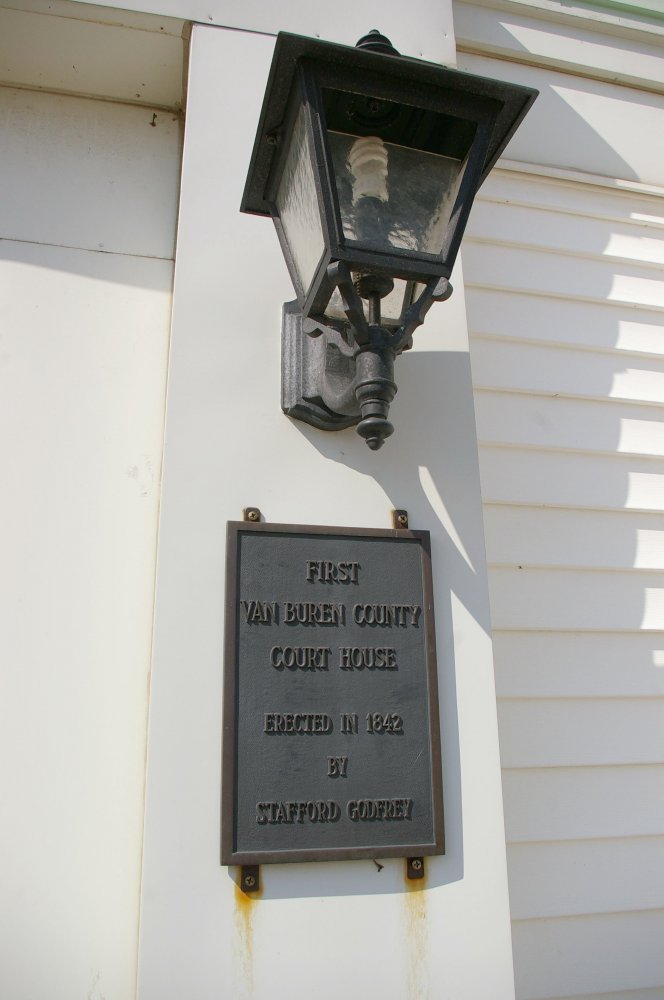 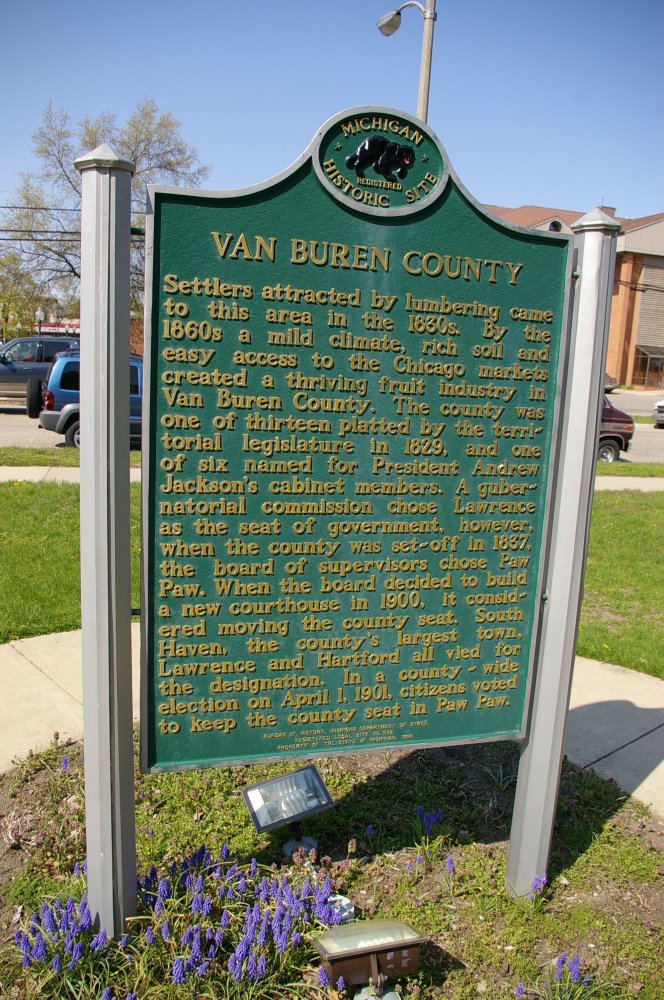