Hillsdale County is named for the rolling terrain of the area.

Description:  The building faces west and is a two story sandstone structure. The buildinding is located on the landscaped grounds of the Public Square in the center of Hillsdale. The building has a raised basement with rusticated masonry and a large portico with three arches on the first story, four Corinthian columns on the second story and a decorative pediment above. The upper two stories display pilasters with stylized Corinthian capitals. The end walls have projecting pediment-capped, central masses. On the center of the roof is a square clock tower rising to a round green colored copper sheathed dome with small cupola at the top. The clock tower contains a Seth Thomas clock with Menelly Westminster chimes. In the interior are intricate carvings, wooden wainscoting, marble floors and a central rotunda under the dome. The second story has high ceilings and contain the courtroom. The building houses the County Circuit Court of the 1st Judicial District and County Probate Court. To the north is the two story County Courthouse Annex. 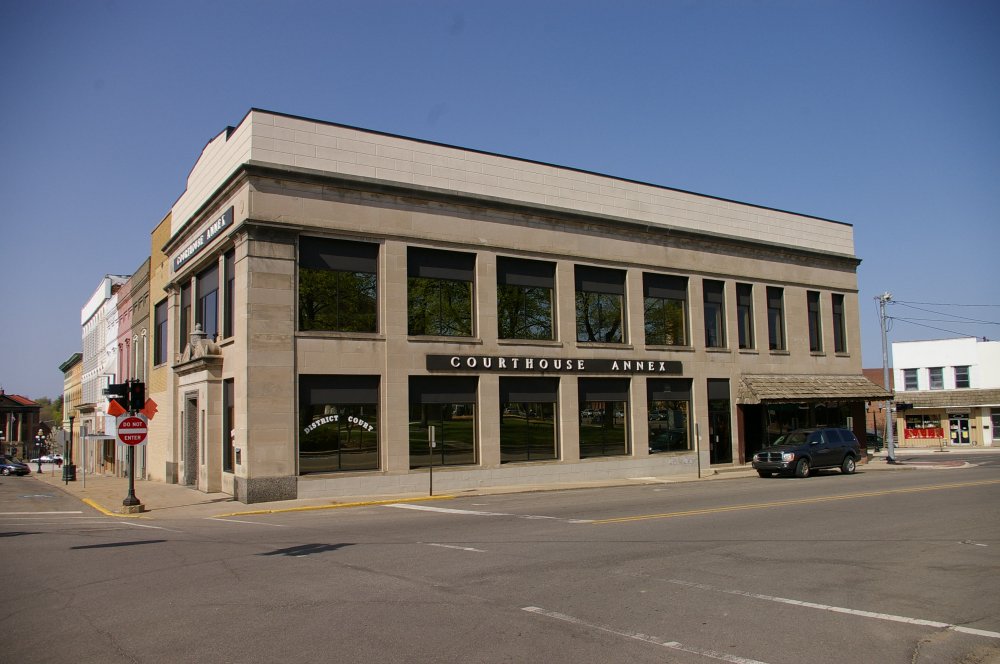 Description:  The building faces west and is a two story limestone, brick concrete and glass structure. The building was constructed as the Waldron Block and became The Hillsdale Savings Bank in 1929 and then was occupied as the County Courthouse Annex. The building faces west and was completed in 1860. The building is located on landscaped grounds in the center of Hillsdale. The main entry on the west side is decorated with a classical urn, scrolls, and granite doorway surround with rope molding. The rear elevation brick walls with segmental-arch second-story windows with brick caps and corbelled brick detailing below the cornice. The roof line is flat. The building houses the County District Court. 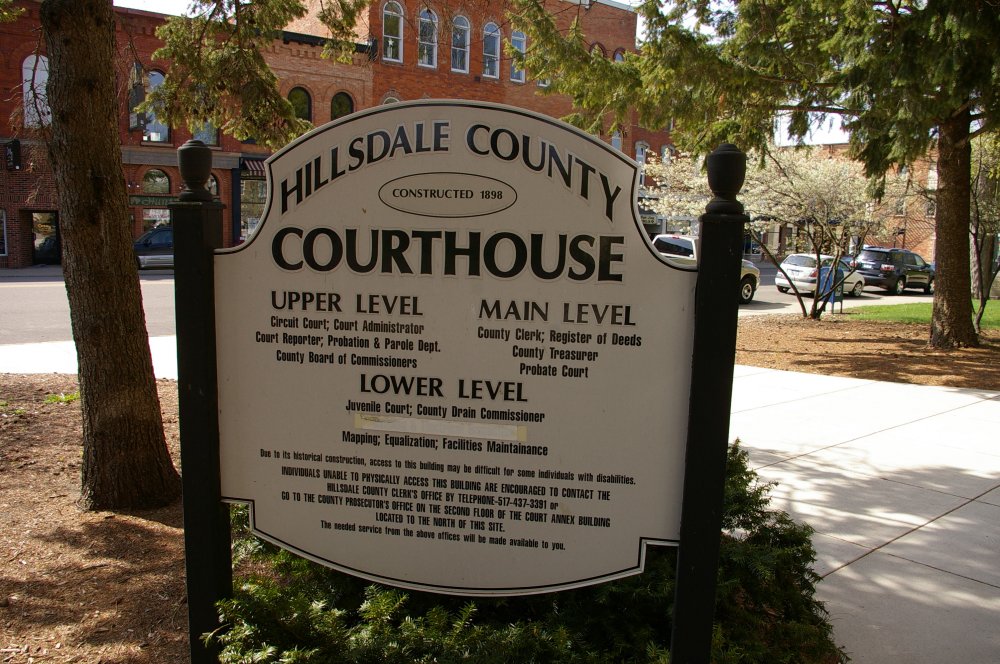 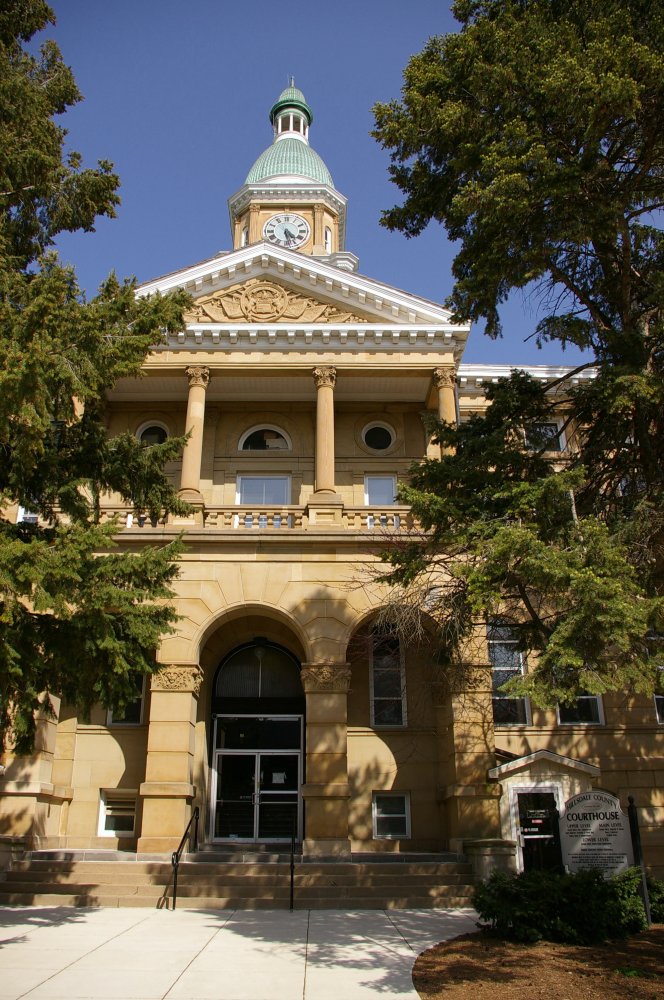 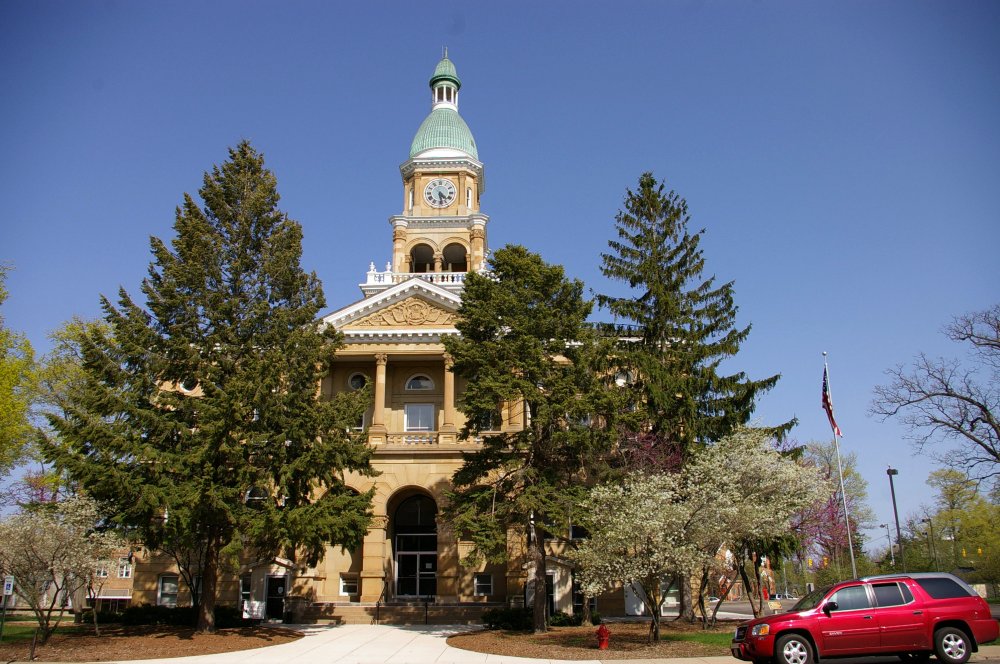 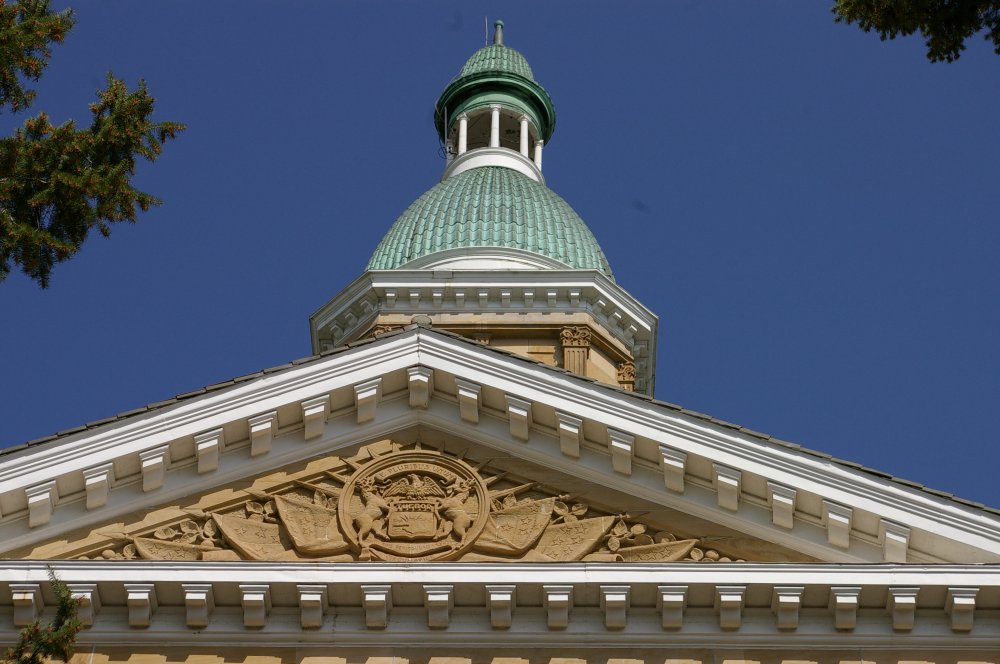 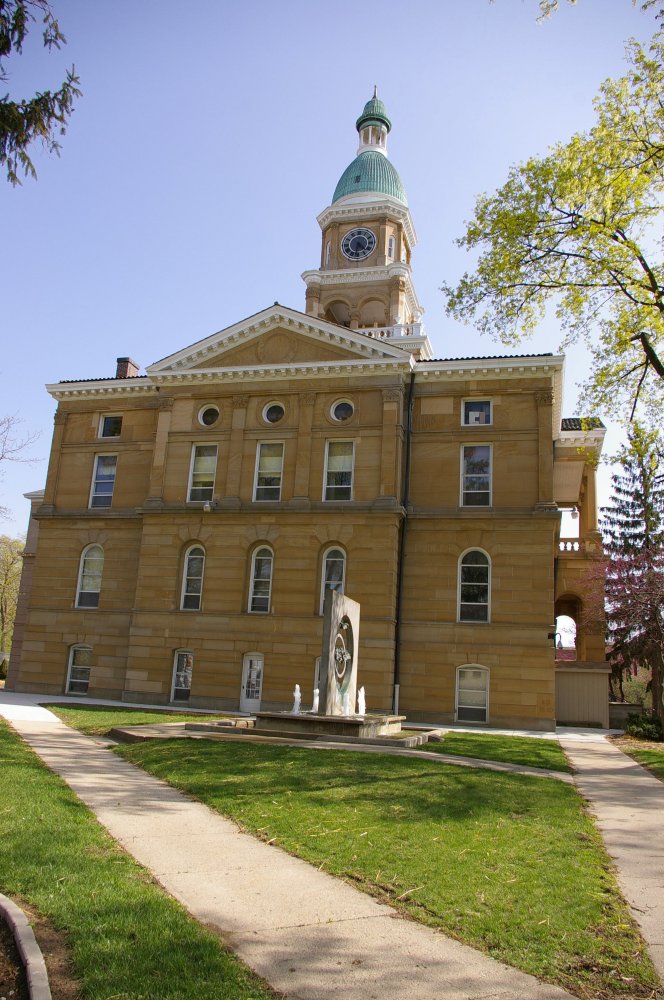 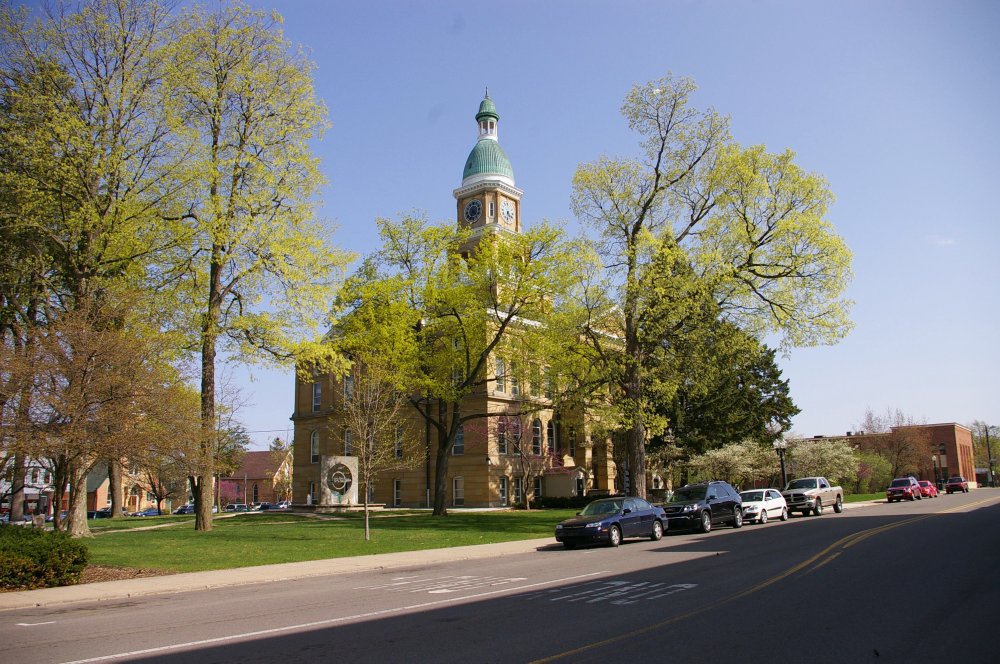 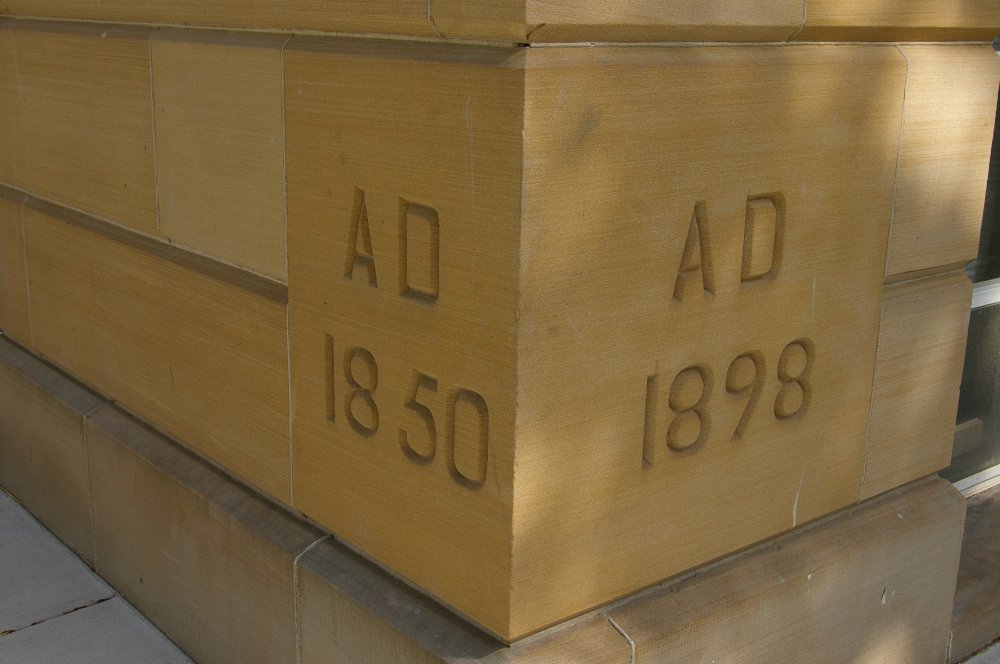 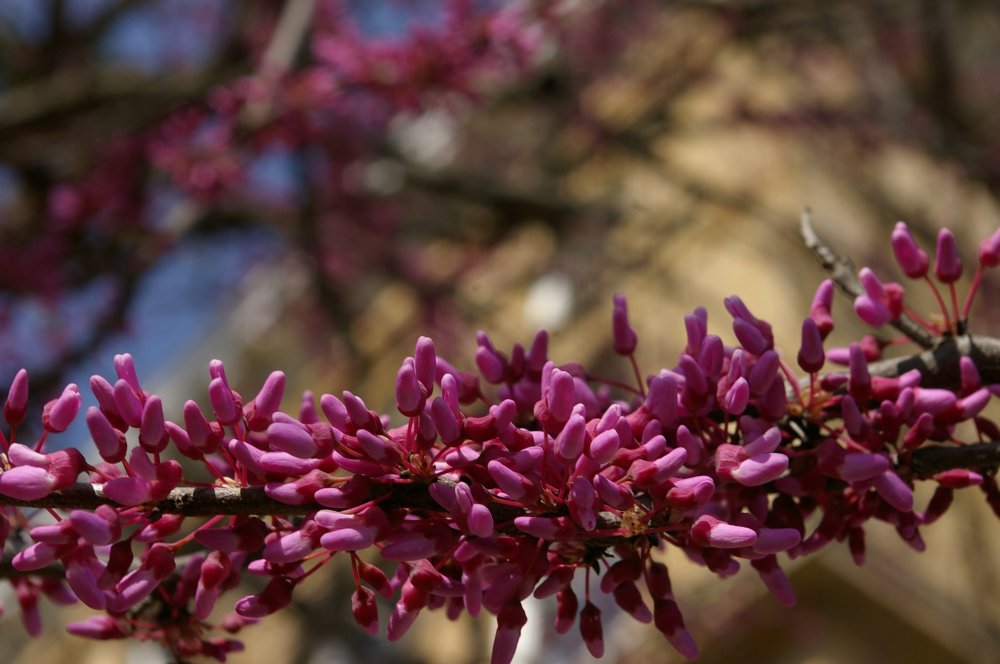