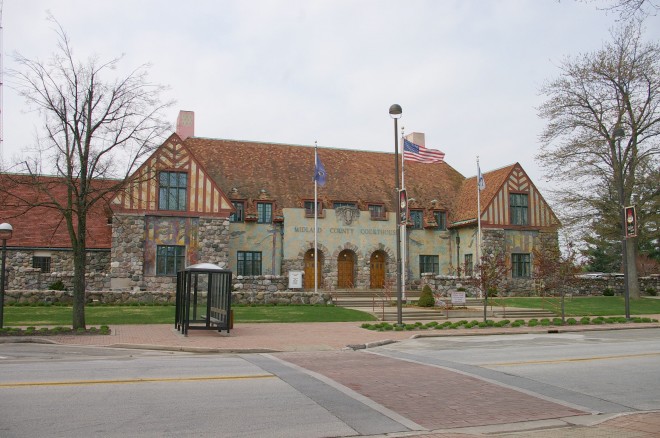 Midland County is named for its location near the midpoint of the Lower Peninsula. 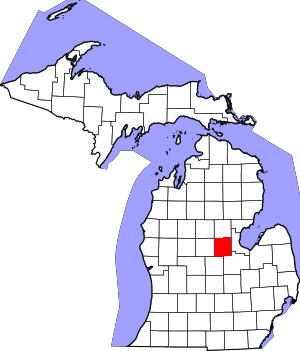 Description:  The building faces northeast and is a three story stone, stucco and concrete structure. The building is located on landscaped grounds in the center of Midland. The building forms an “H” shape. The north and south wings extend outwards with hipped red colored roofs with vertical wood stripes and stone facing below. The central entrance has three arched doors. In the interior, the large lobby has murals painted by Biron Roger of Detroit. The courtroom have murals painted by Paul Honore. The building houses the County Circuit Court of the 42nd Judicial District, County District Court and County Probate Court.  An addition was built on the southeast side in 1958. The rear of the building has three stories that were added in 1977 to 1979. The architect was Robert E Schwartz and Associates and the contractor was Helger Construction Company. In 2006, the older courtroom was renovated.

History:  The county was created in 1831 and Midland was selected as the county seat in 1850 when the county was organized. The first county meeting was held at the house of John Larkin and the court first met in a schoolhouse at the corner of Ashman Street and Ellsworth Street. The first courthouse was two story frame structure built by Timothy Jerome in 1857 at a cost of $6,000. The second and present courthouse was constructed in 1925 to 1026 at a cost of $202,000. The cost of the 1977 to 1979 addition was $1,000,000. 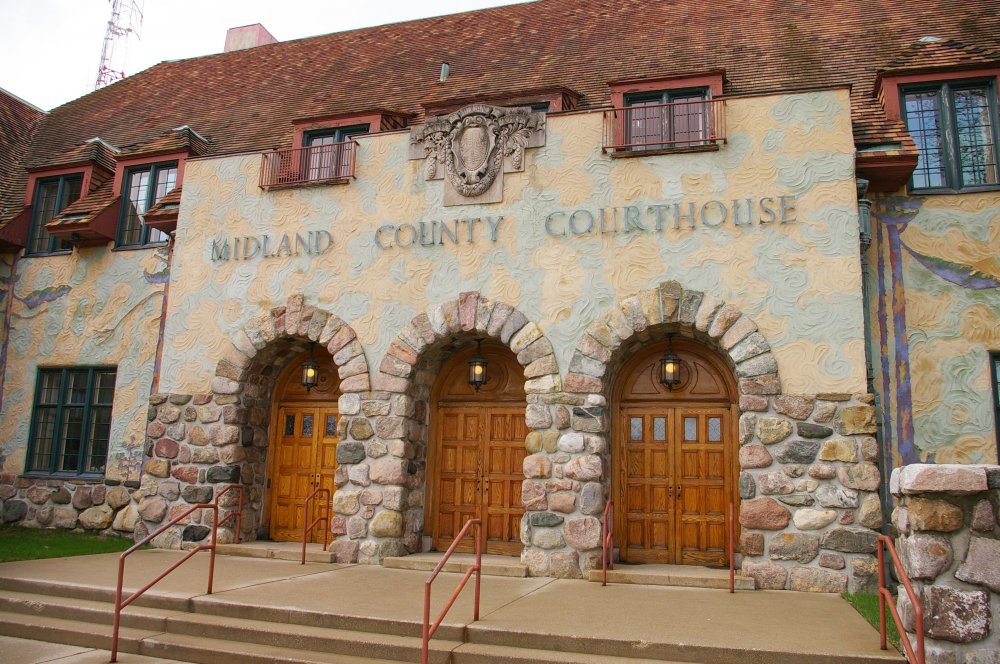 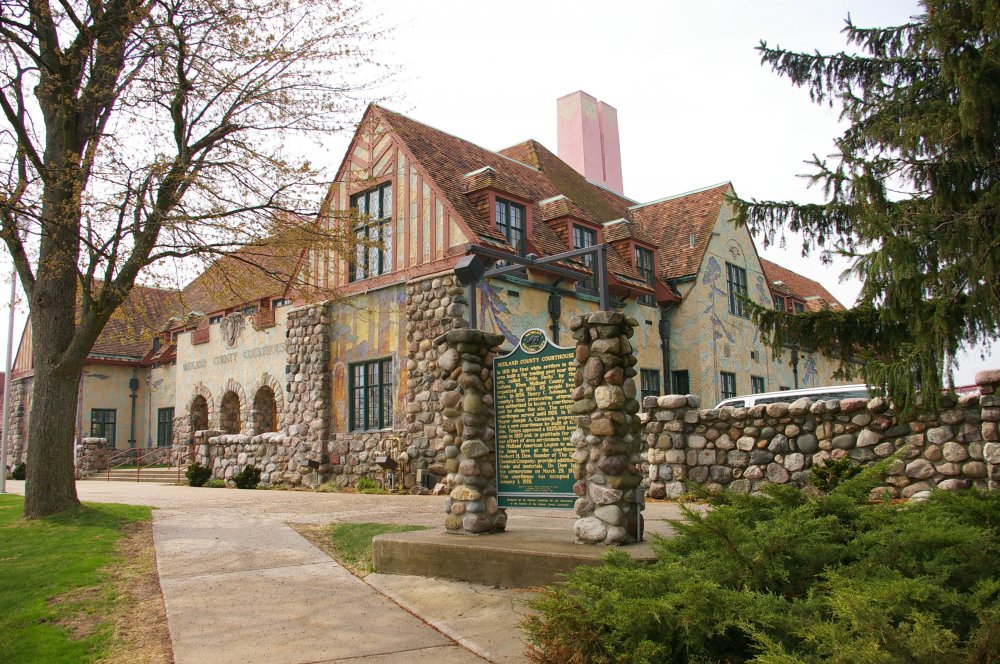 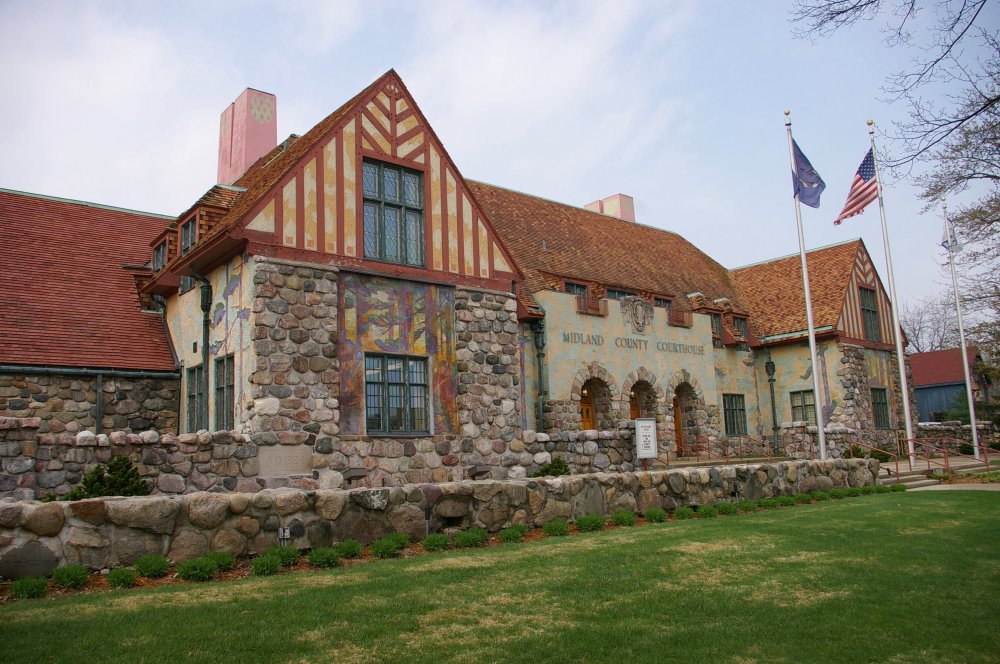 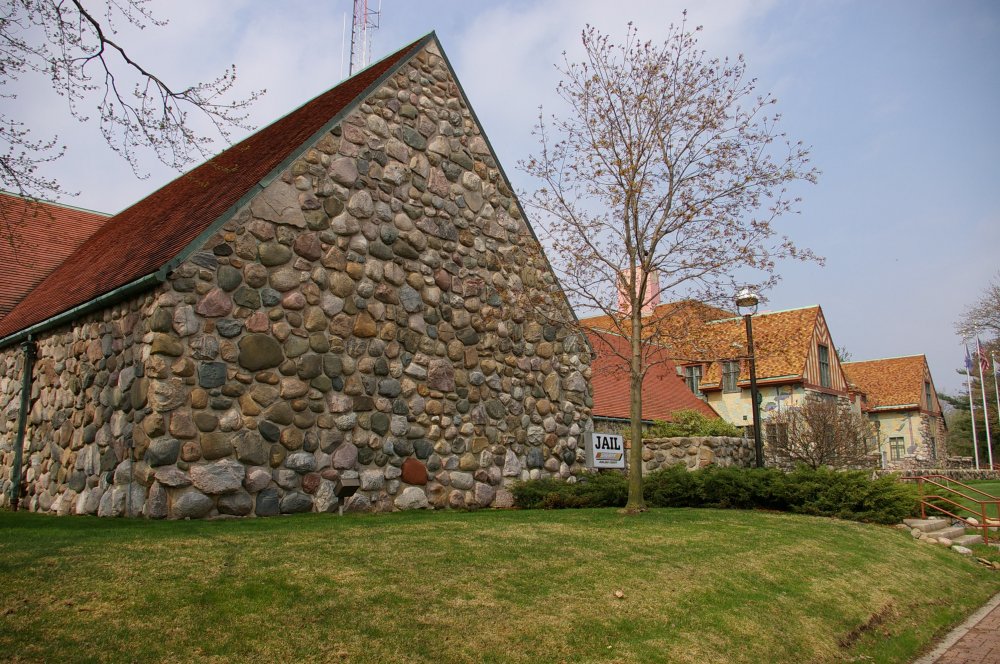 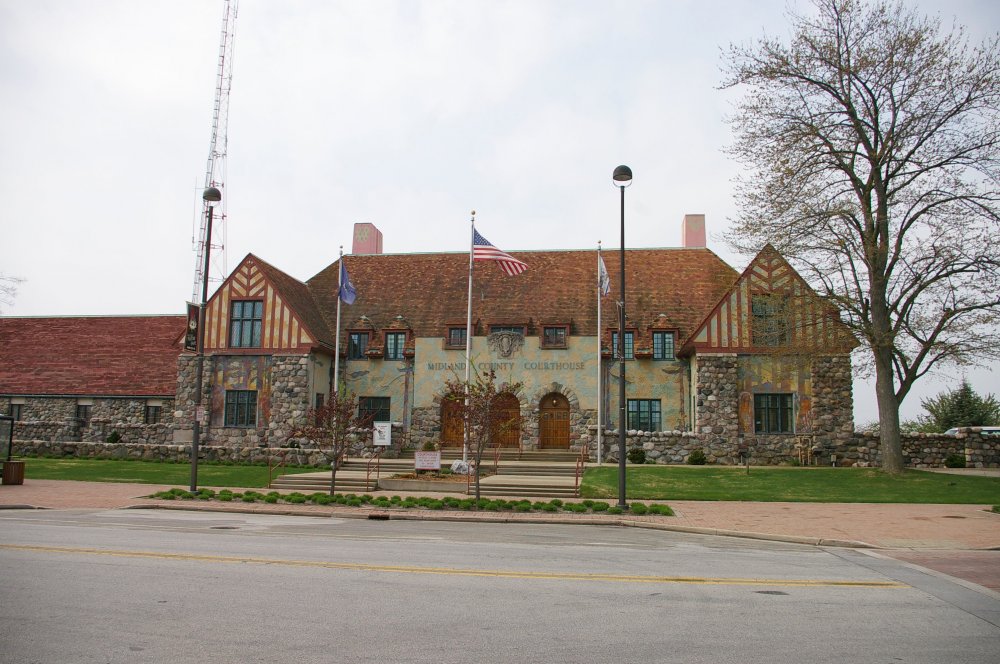 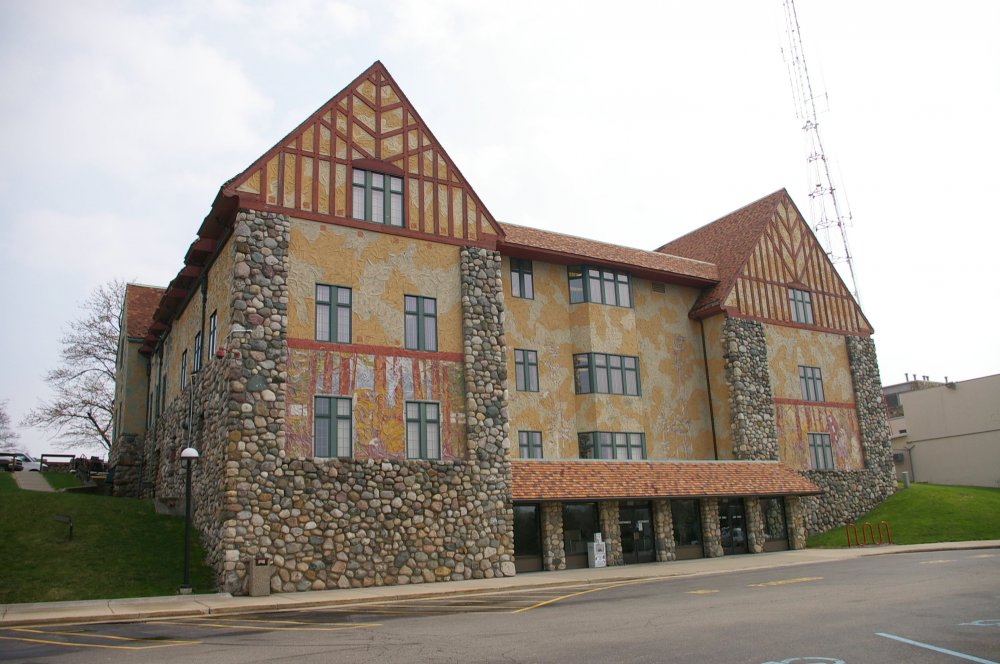 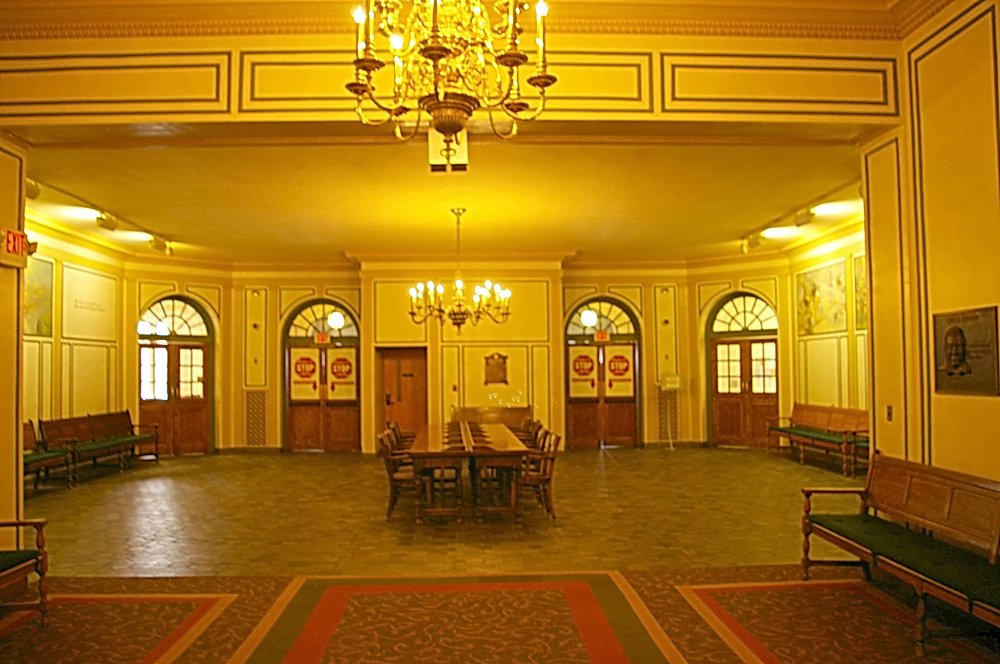 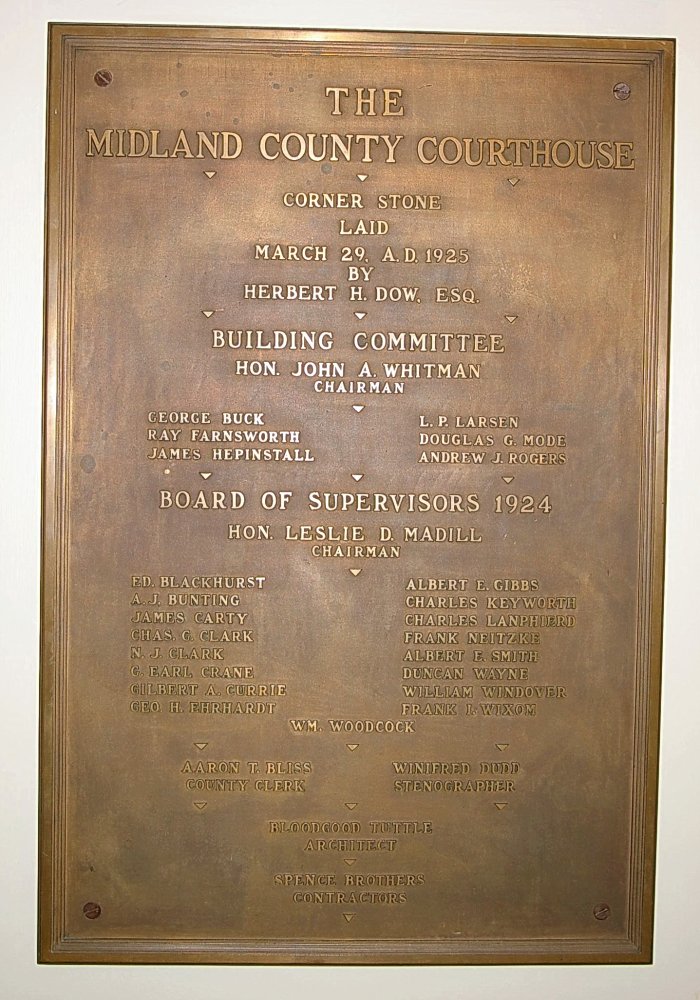 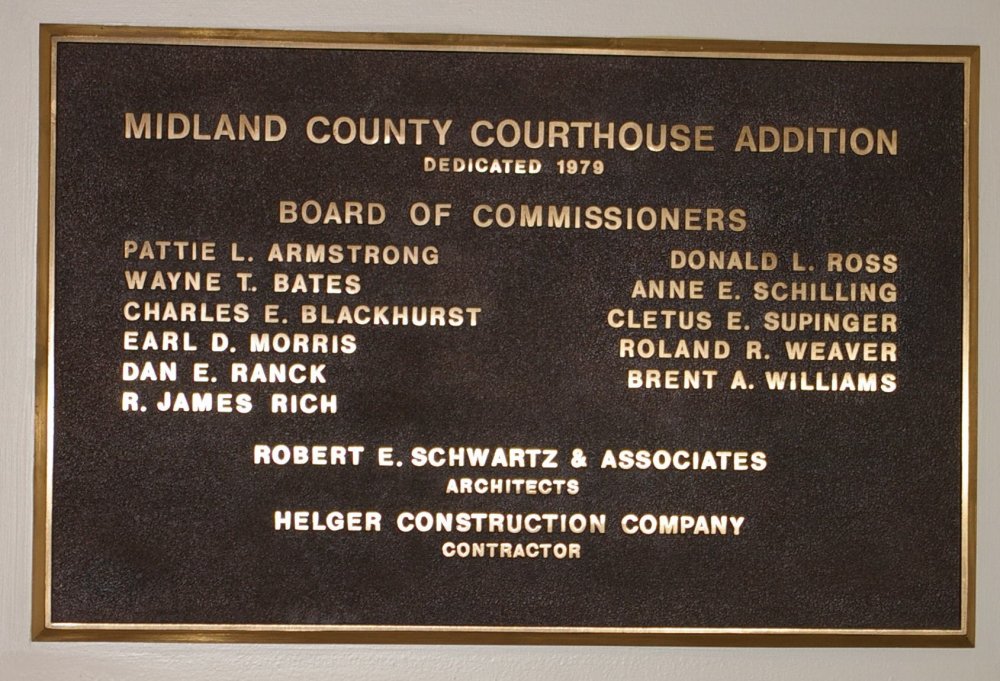 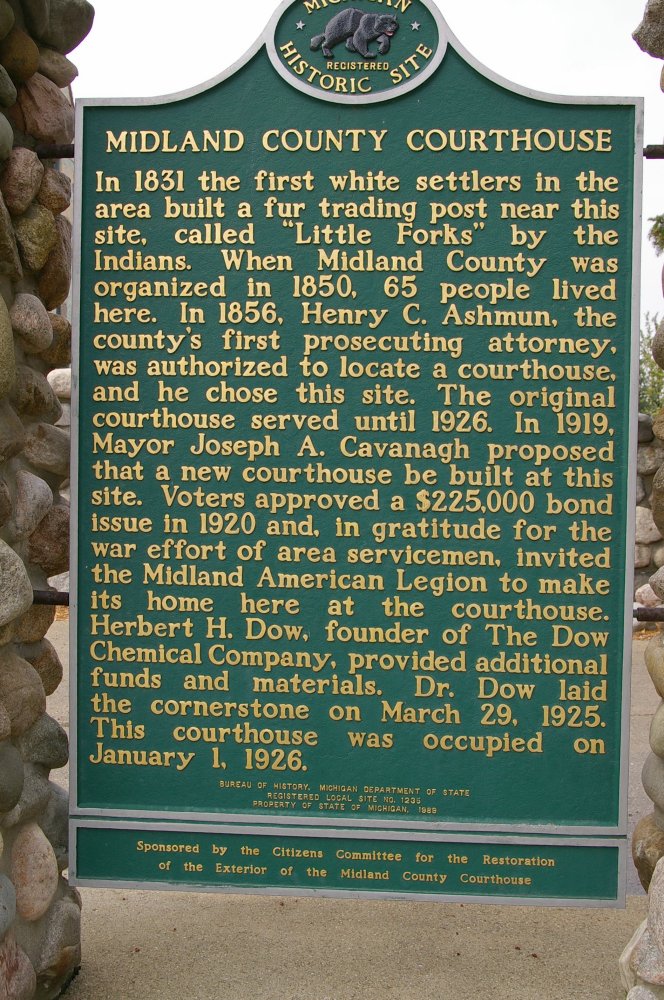