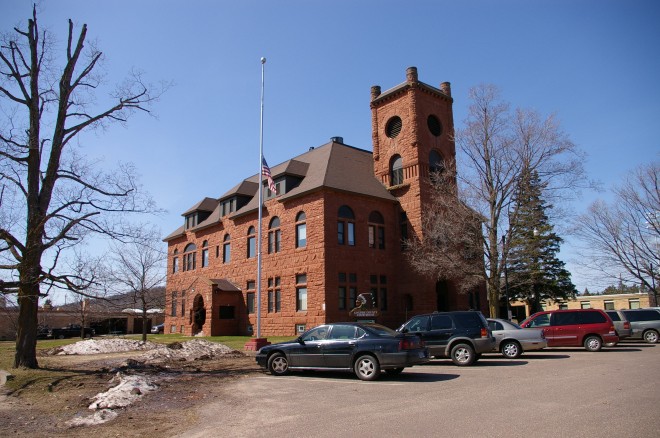 Gogebic County is named for the Ojibwe word “agogebic” meaning “rock” and was named after Gogebic Lake, and also means “rocky dividing lake” or “place of dividing”. 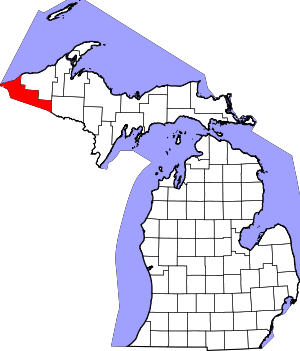 Description:  The building faces east and is a two story red colored Jacobsville sandstone with white colored streaks structure. The building is located on landscaped grounds in the center of Bessemer. The building has a high square red colored sandstone tower. Farther up the tower are rectangular windows with transons, surrounded by carved stone, and a porthole window. A dentilated cornice runs around the roof line of the building. The east entrance has an arch at the doorway. The second story windows are arched. On the south side is an arched covered entrance. The roof is hipped with dormers. The interior contains marble and woodwork. The courtroom is located on the second story and has an arch shaped mural behind the judge’s bench depicting three female figures representing Law, Mercy and Justice. In 1915, the building was rebuilt and enlarged. The architect was Charlton and Kuenzli and the contractor was Herman Gundlach. The building was renovated in 1974 with construction of an addition on the north side. The architect was Architectural Resources, Inc. and the contractor was P J Nickel Company. 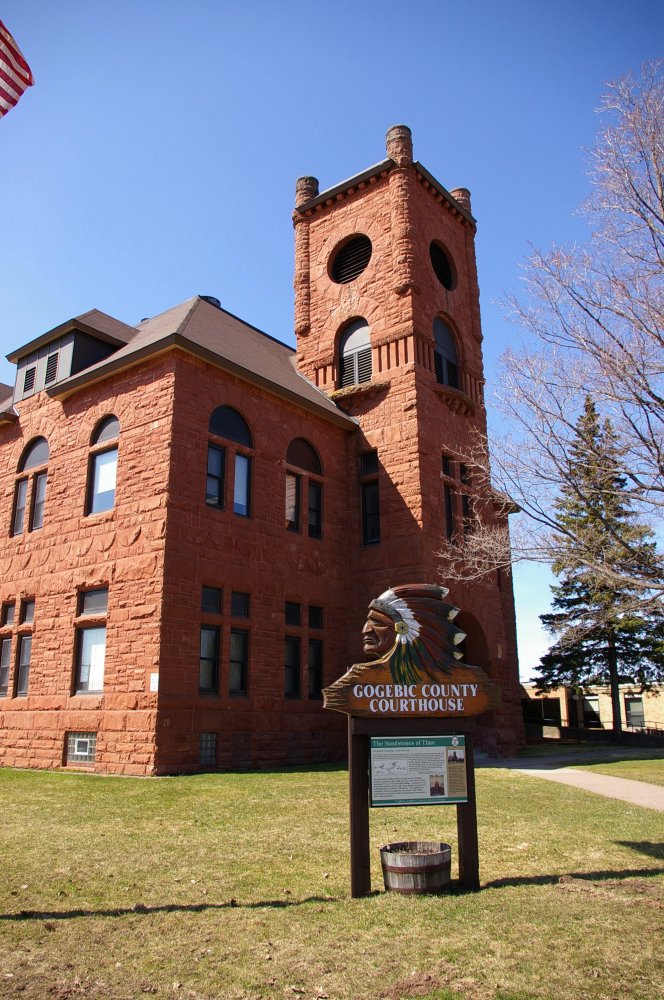 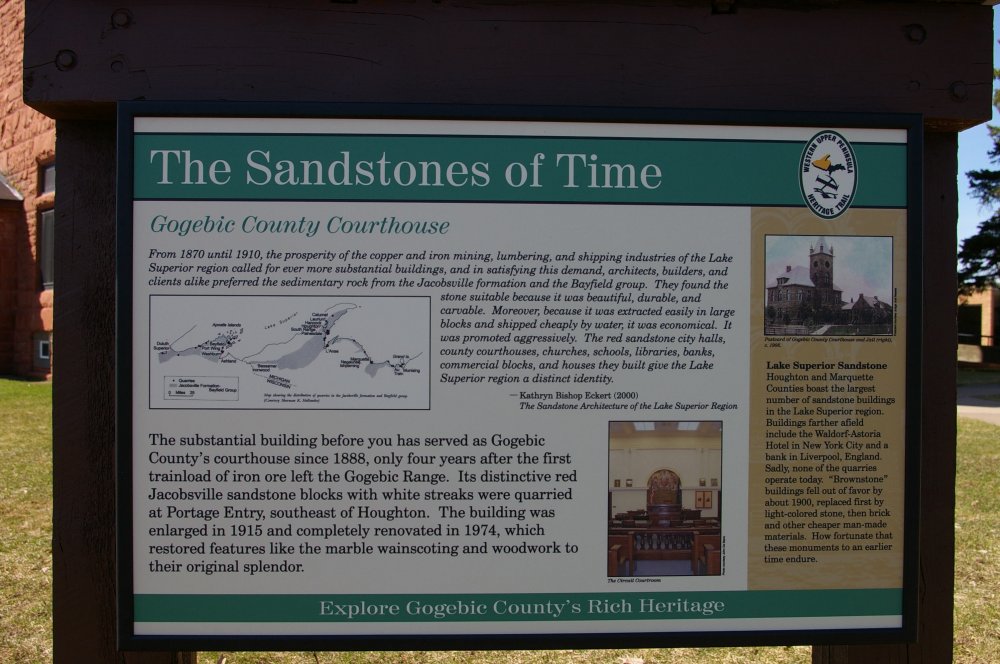 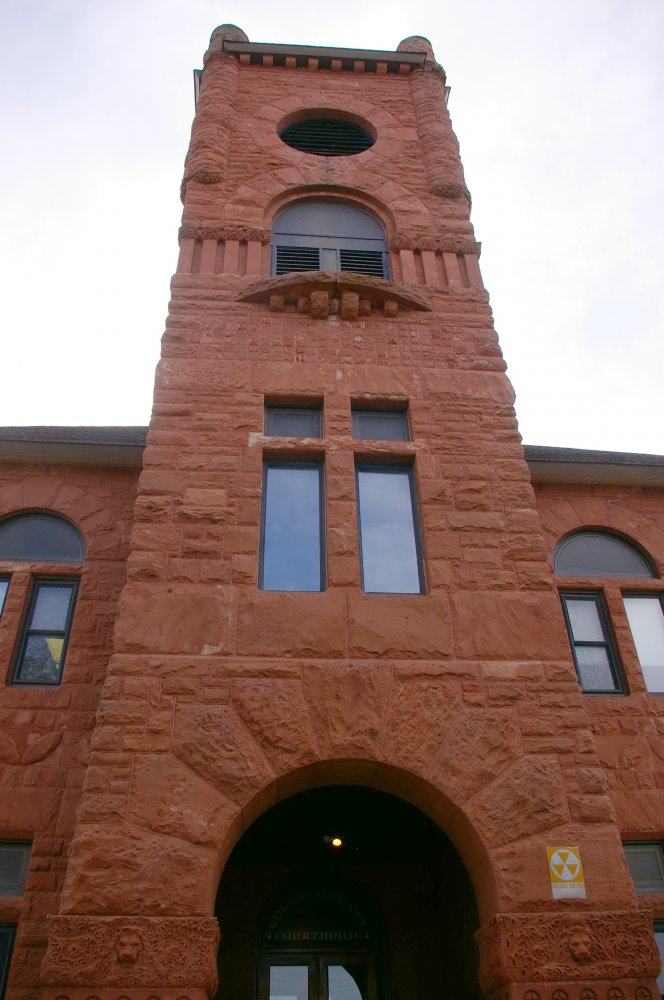 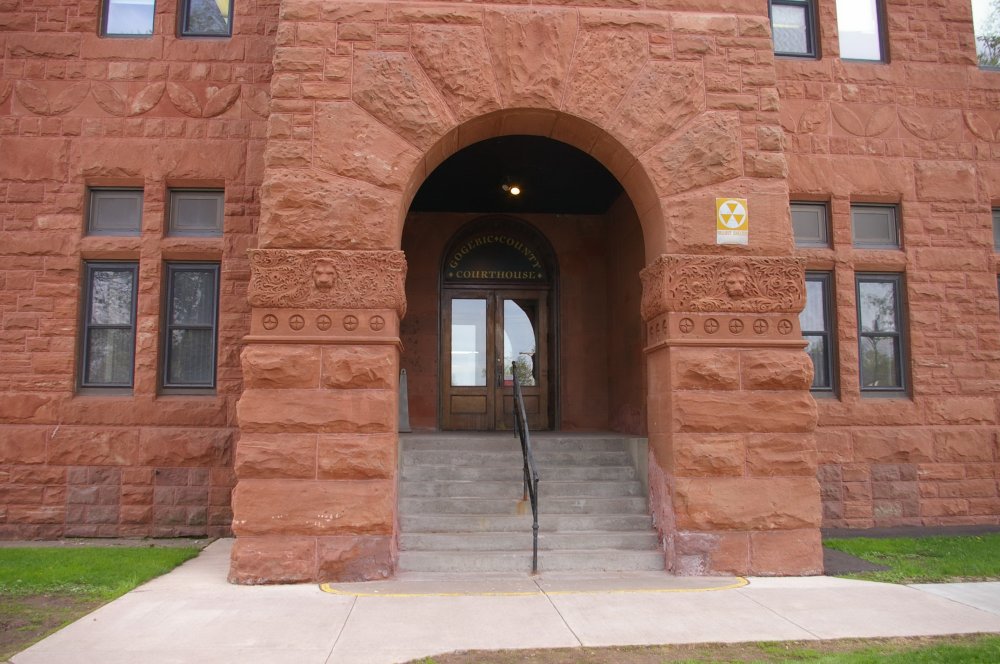 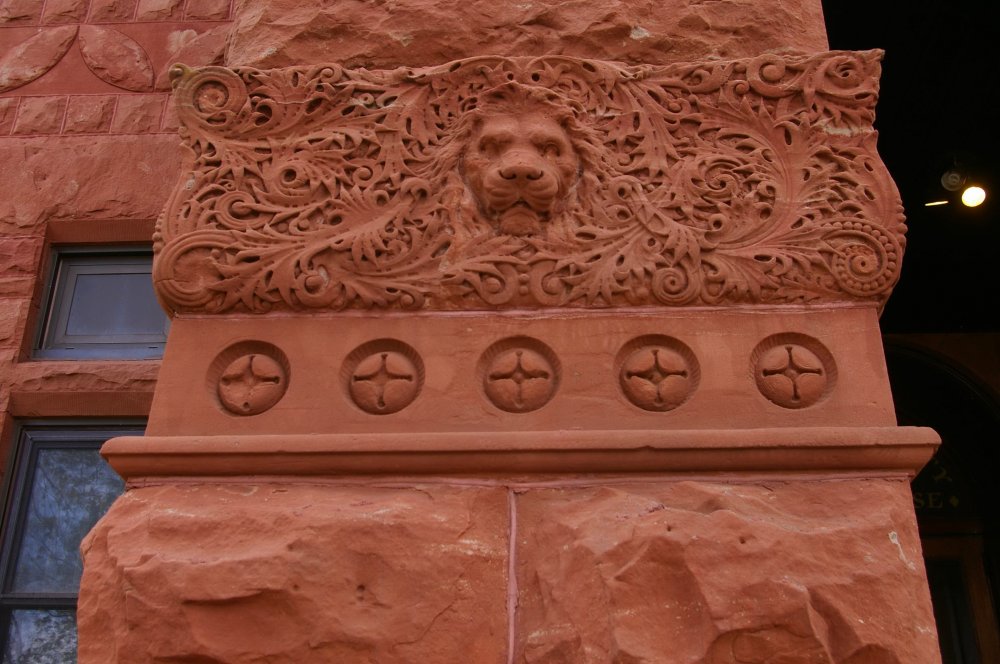 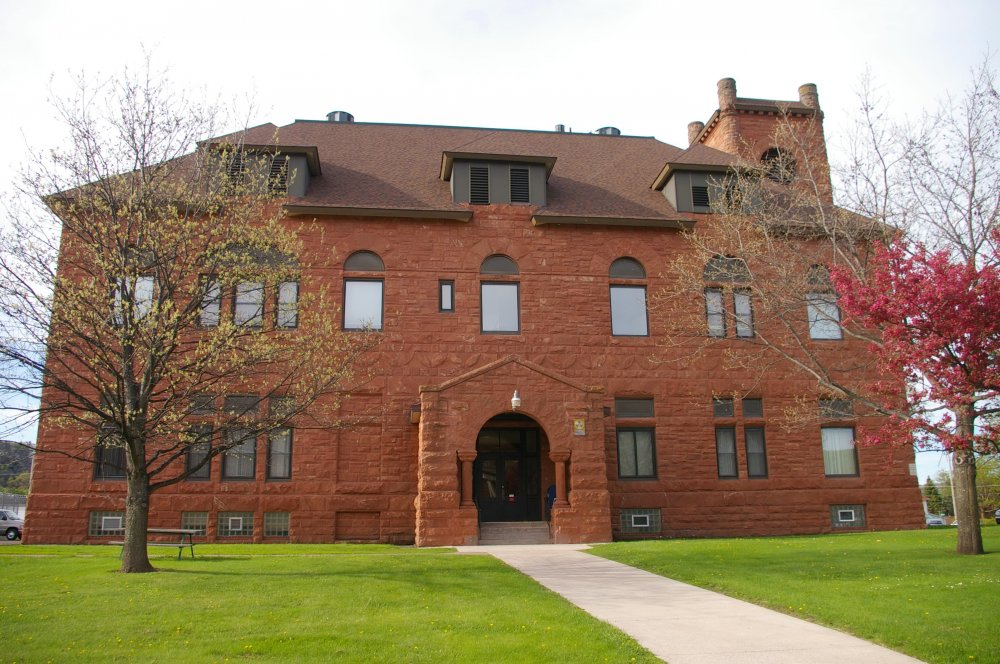 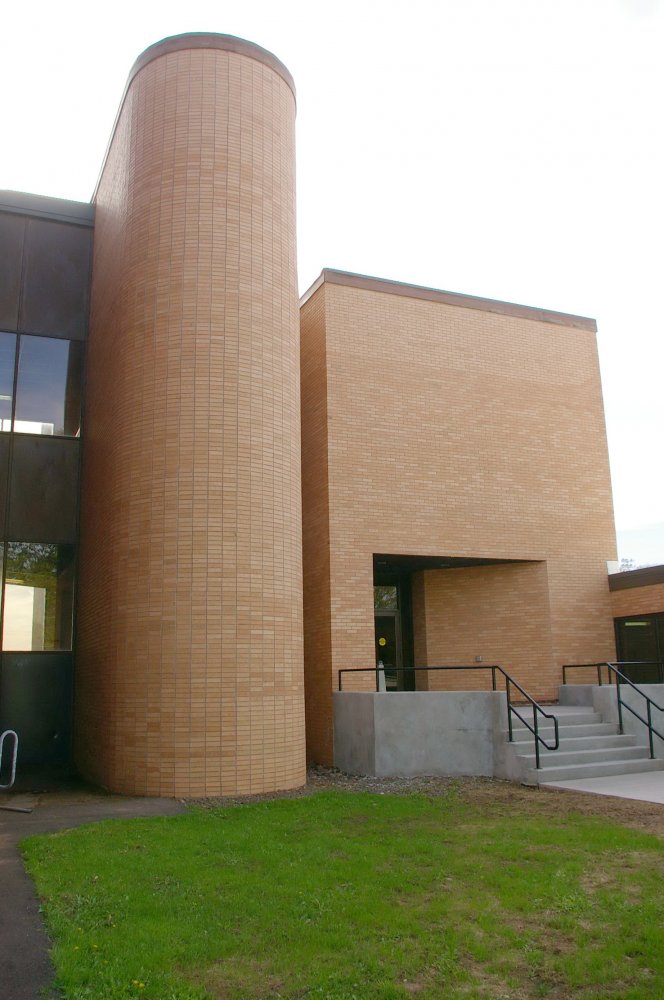 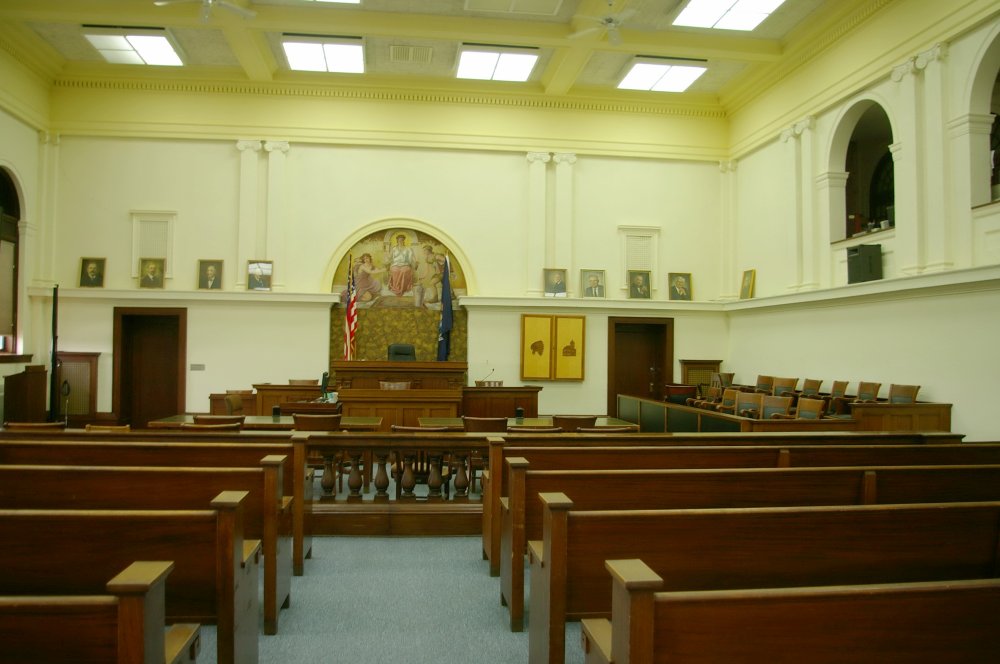