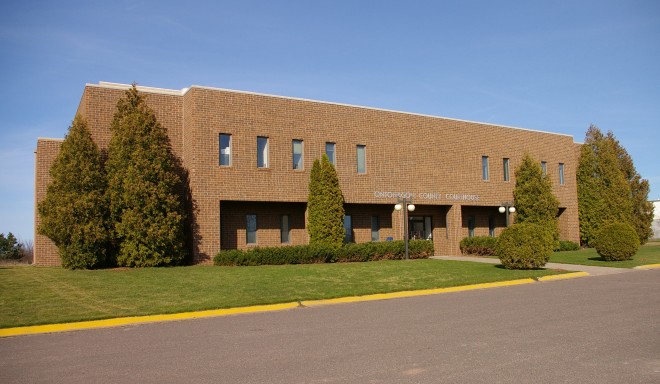 Ontonagon County is named for a river called Nantounagon on an early French map which in the Ojibwee Native American language means “hunting river”. 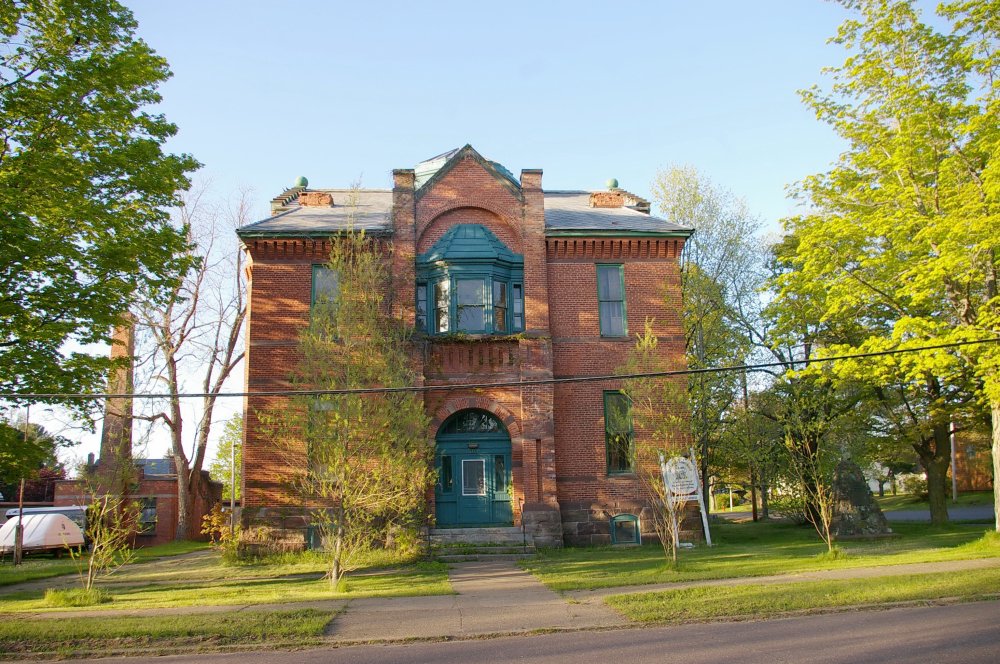 Description:  The building faces southwest and is a two story red colored brick structure. The building is located on landscaped grounds in the center of Ontonagon. The southwest front has a projecting center section with a large arch and recessed entrance on the first story. The center section rises to a peak at the roof line. Three sides have similar facades a central entrance in a gabled pavilion flanked by tall double-hung windows. The stone window lintels form part of a beltcourse that circles the building. The roof is hipped. The foundation is sandstone. In 1896, the building burned and was rebuilt. An addition was constructed in 1937. The building is now a private residence.

History:  Ontonagon became the county seat in 1858. The court first met on the second story of the firehall. The first courthouse was built in 1884 to 1885 and is still standing. The second and present courthouse was constructed in 1979 to 1980. 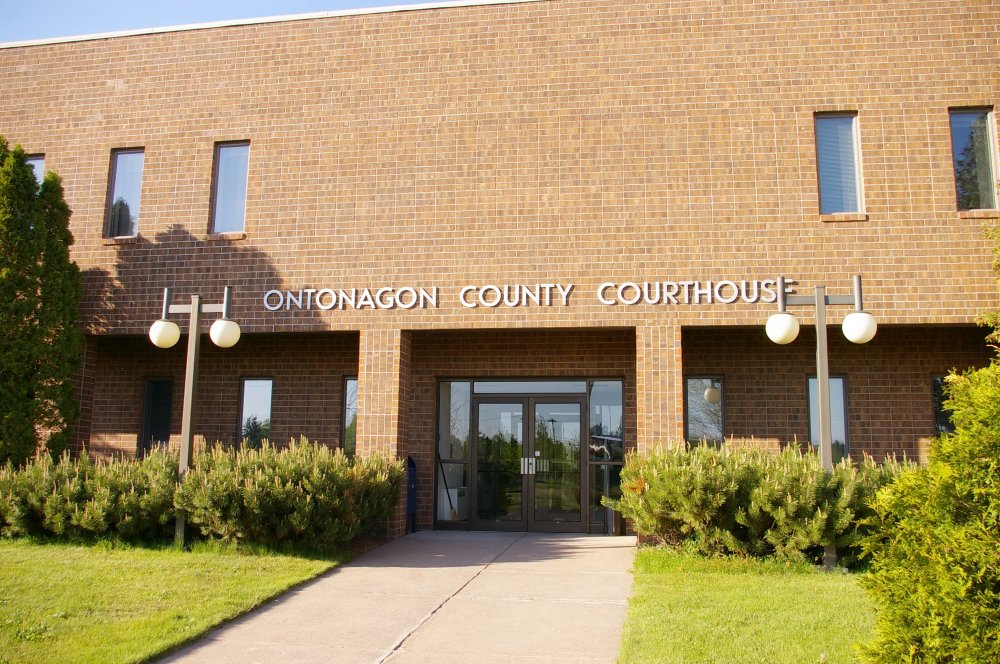 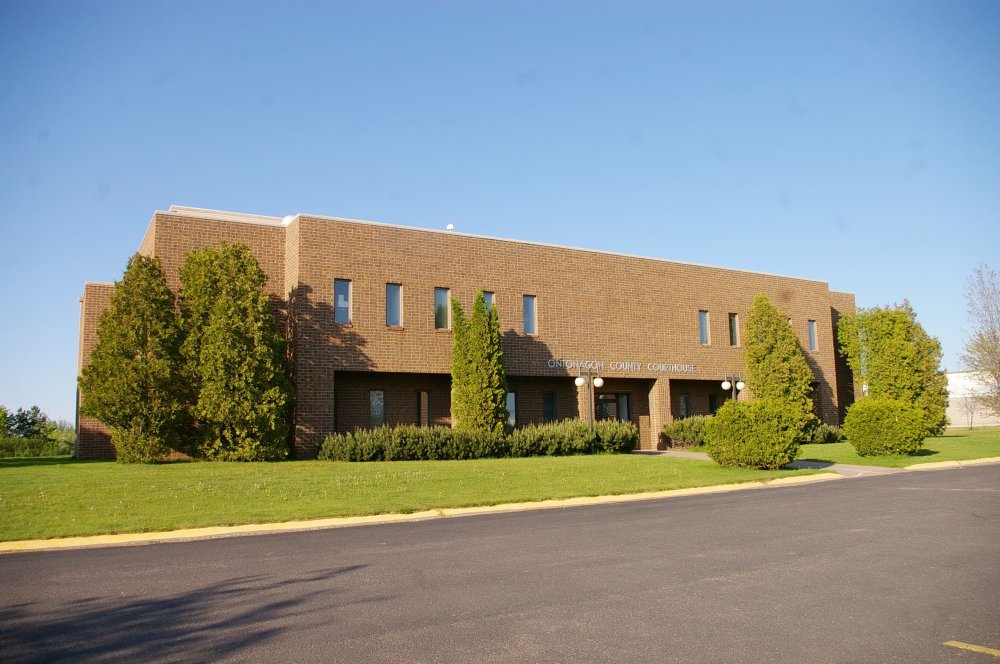 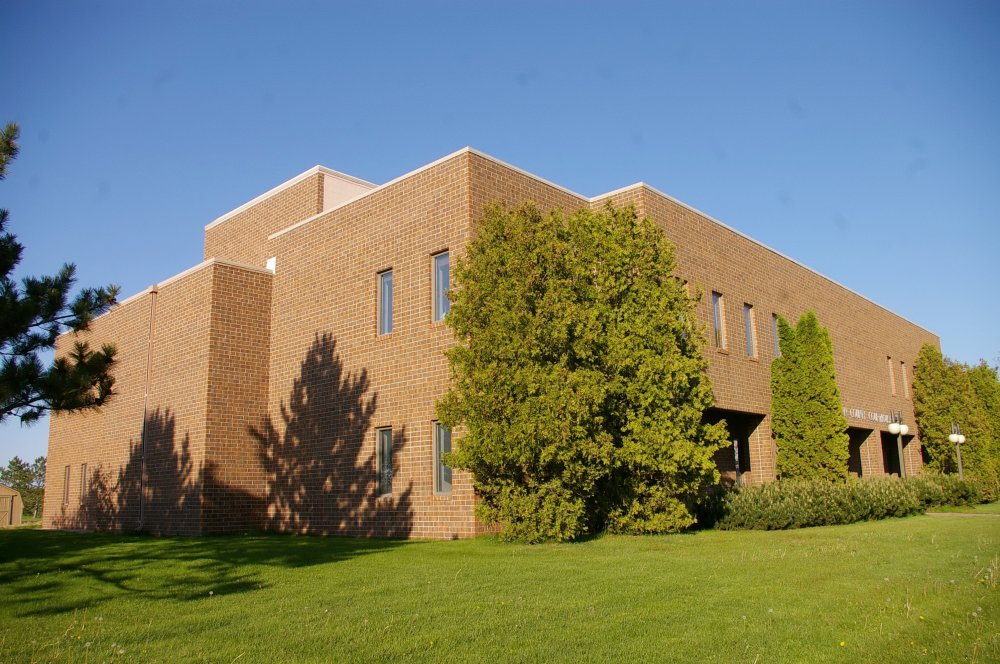 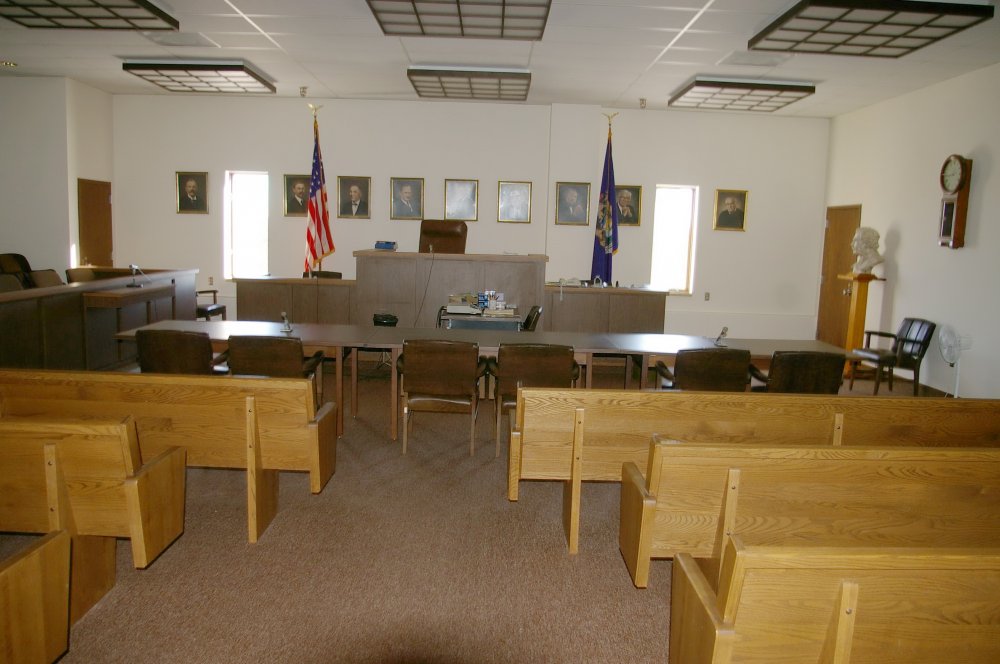 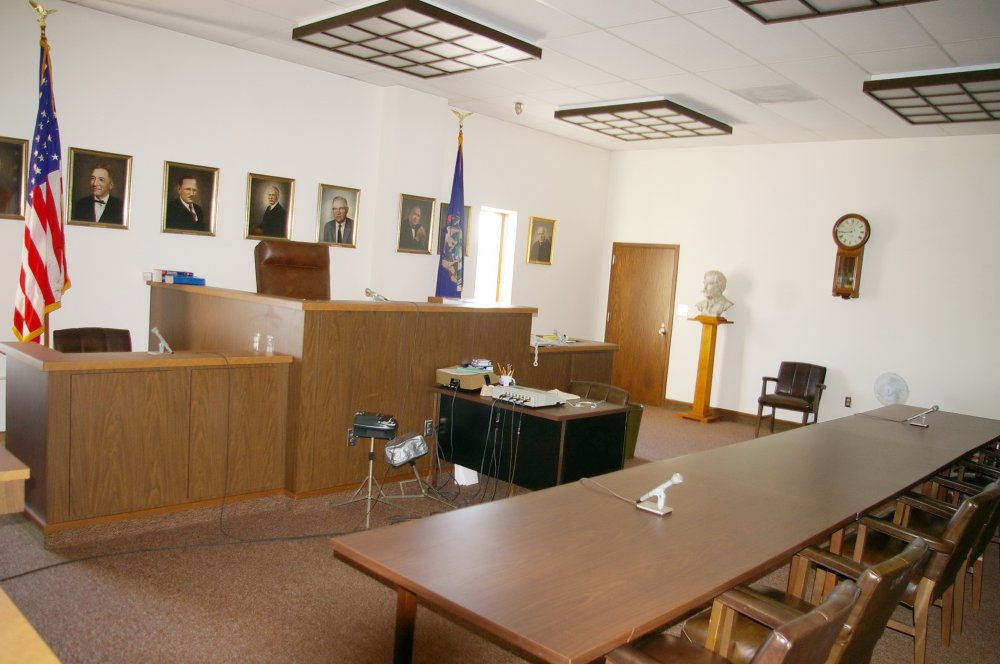 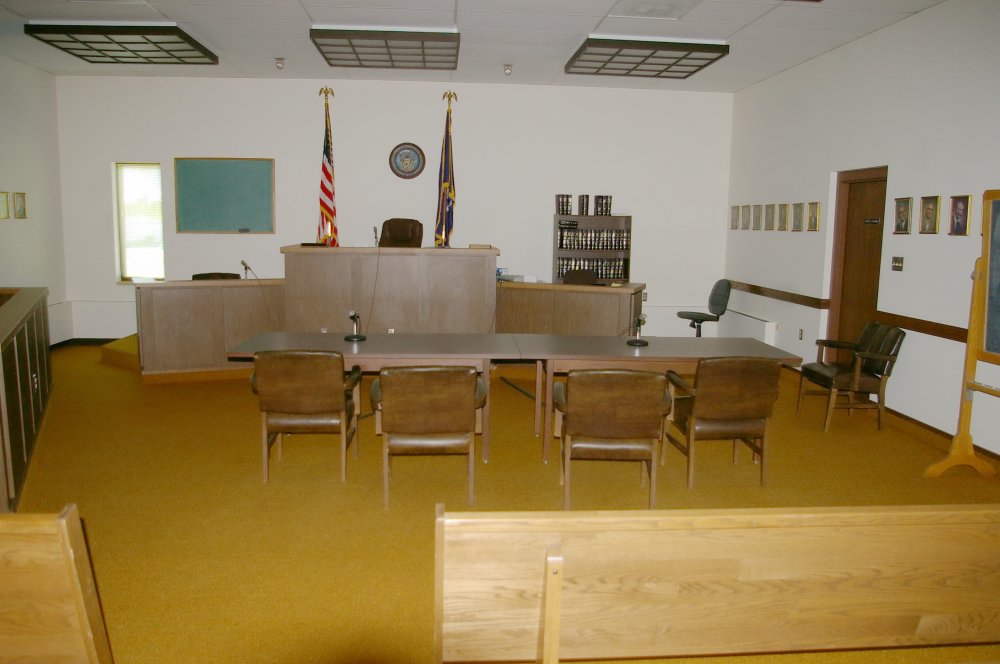 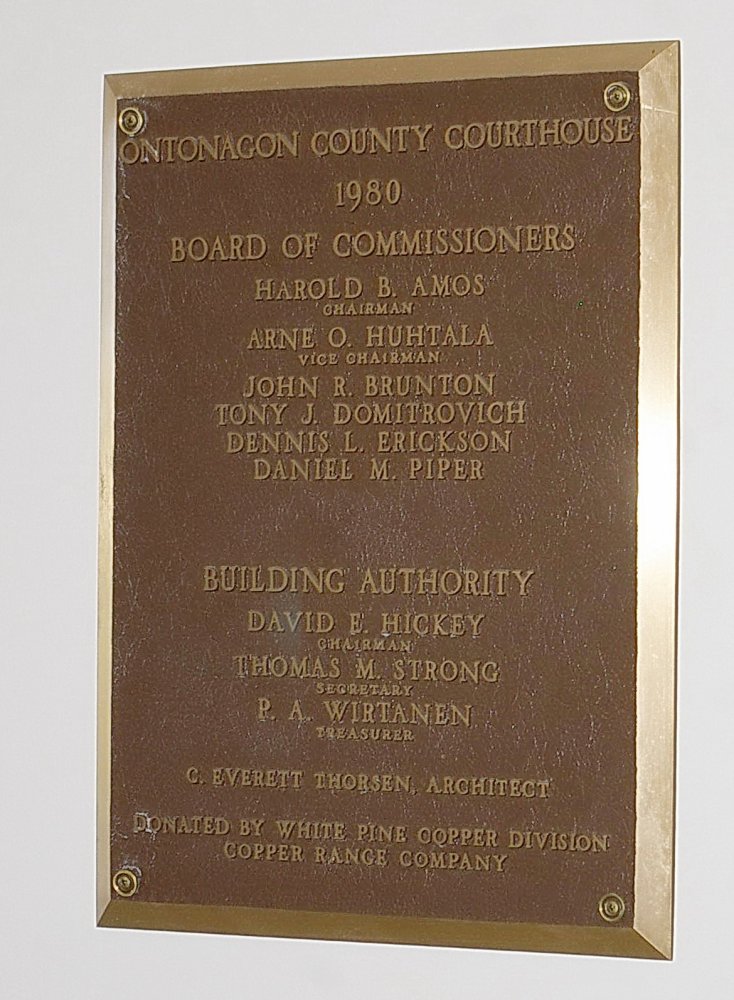 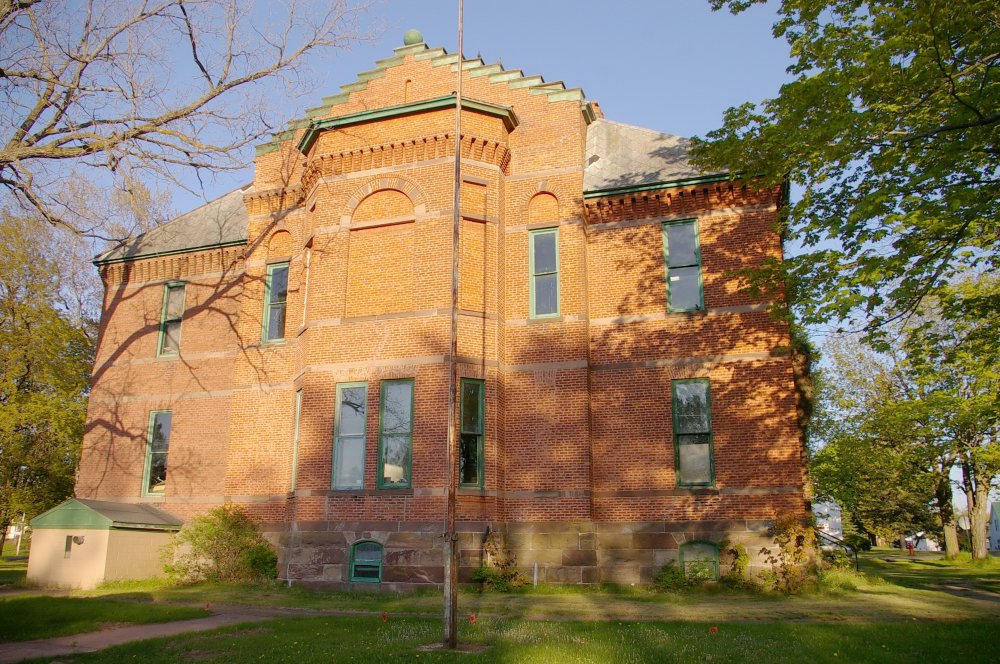