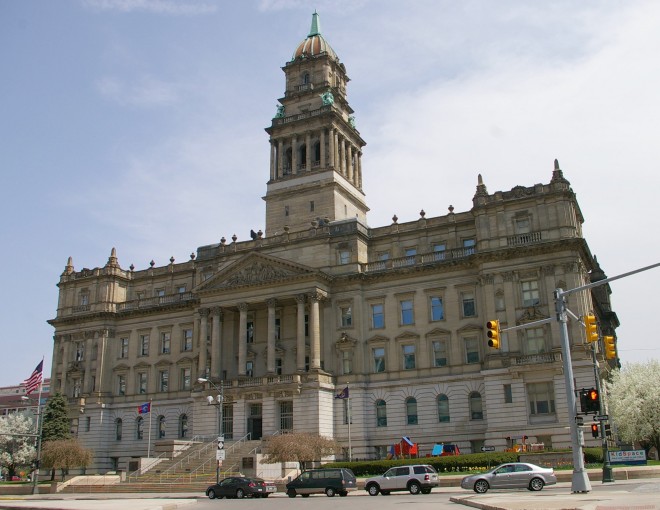 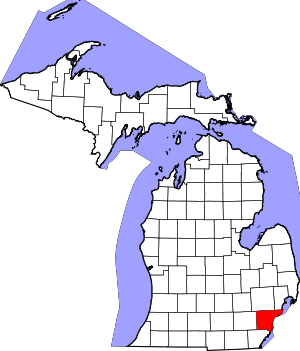 Description:  The building faces southwest and is a five story gray granite stone structure. The building and has a large portico supported by six columns rising from the third to fourth story and with three square openings on the second story. There are square towers at each corner. On the center of the roof is a high square tower which is tiered at the top with a steep red colored roof. The base of the building is horizontal gray granite. The upper stories are sandstone. The exterior sculpture was executed by Detroit sculptor Edward Wagner. New York sculptor J Massey Rhind of New York completed the bronze sculpture two quadrigas, Victory and Progress and four figures on the tower being Law, Commerce, Agriculture and Mechanics. The building was renovated in 1986 and completed in 1987. The interior has seven varieties of foreign marble and nine domestic. The architect was Smith, Hinchman & Grylls Asociates Inc. and Quinn Evans Architects and the contractor was Walbridge Adinger Company. The building is now privately owned. 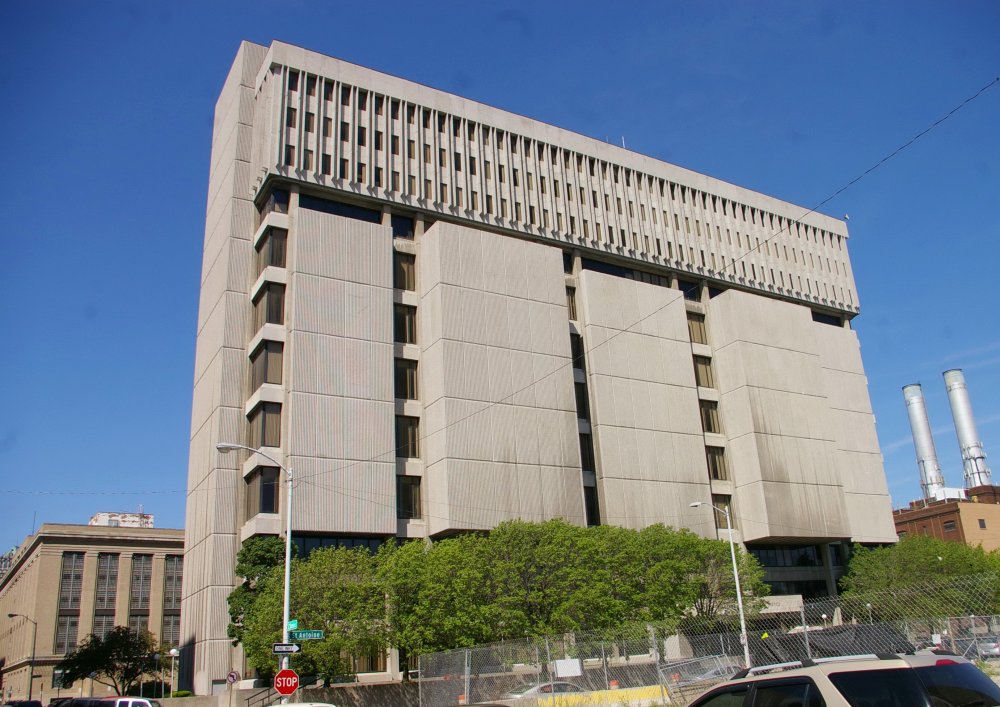 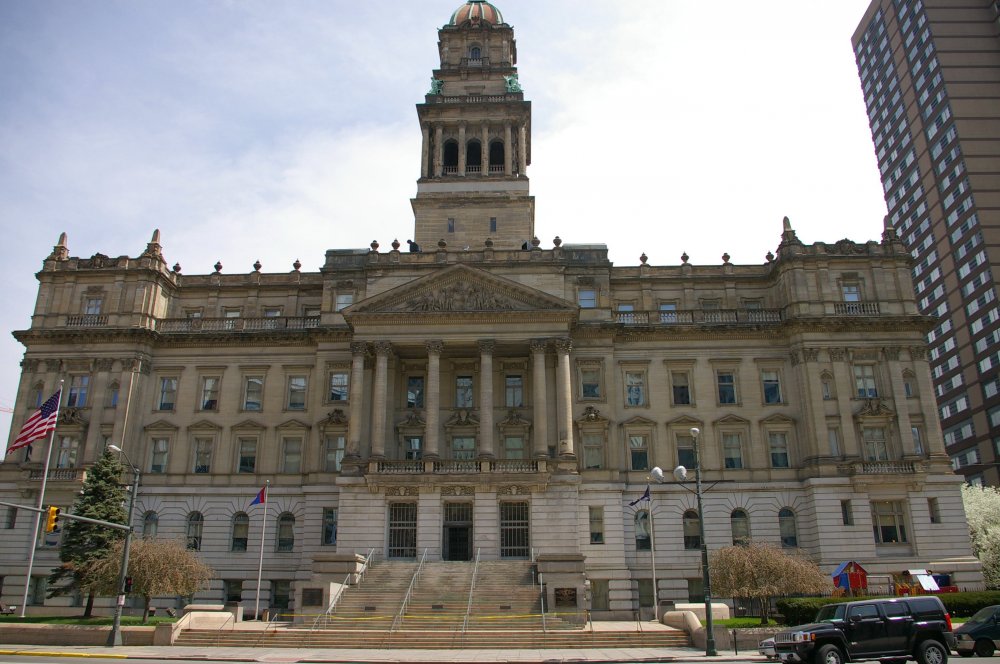 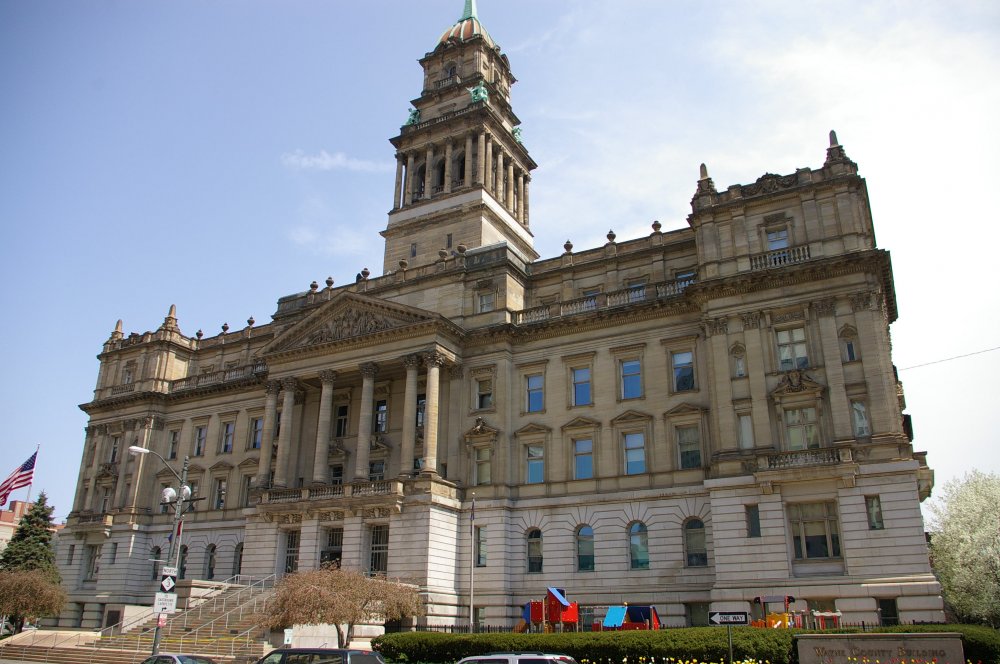 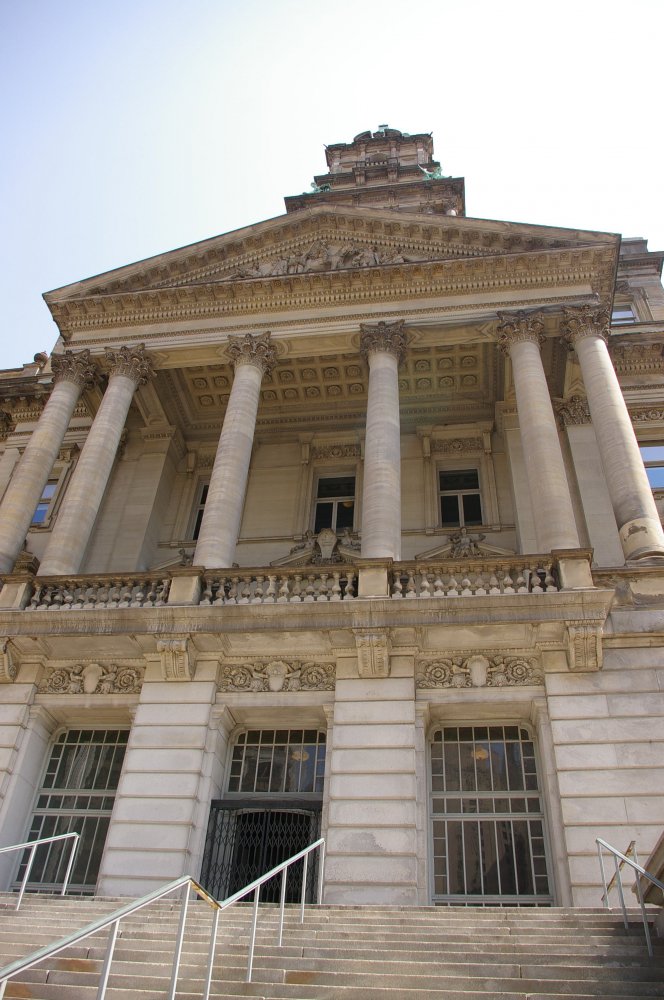 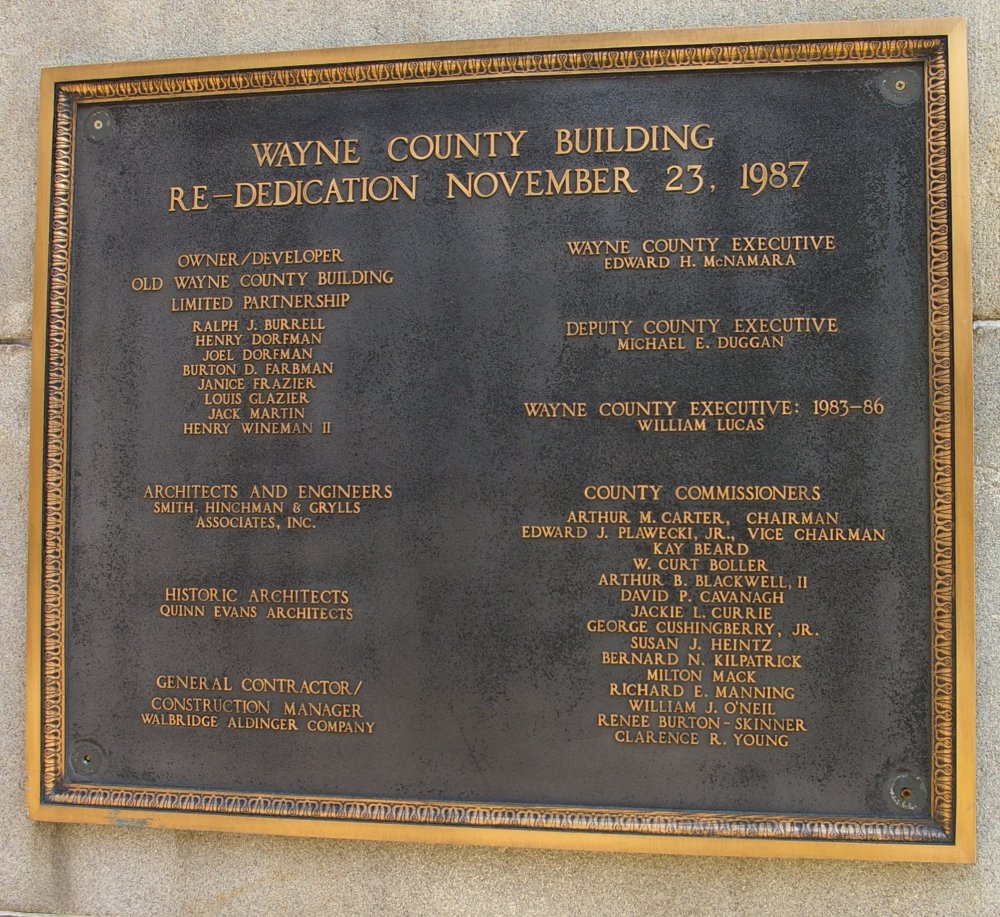 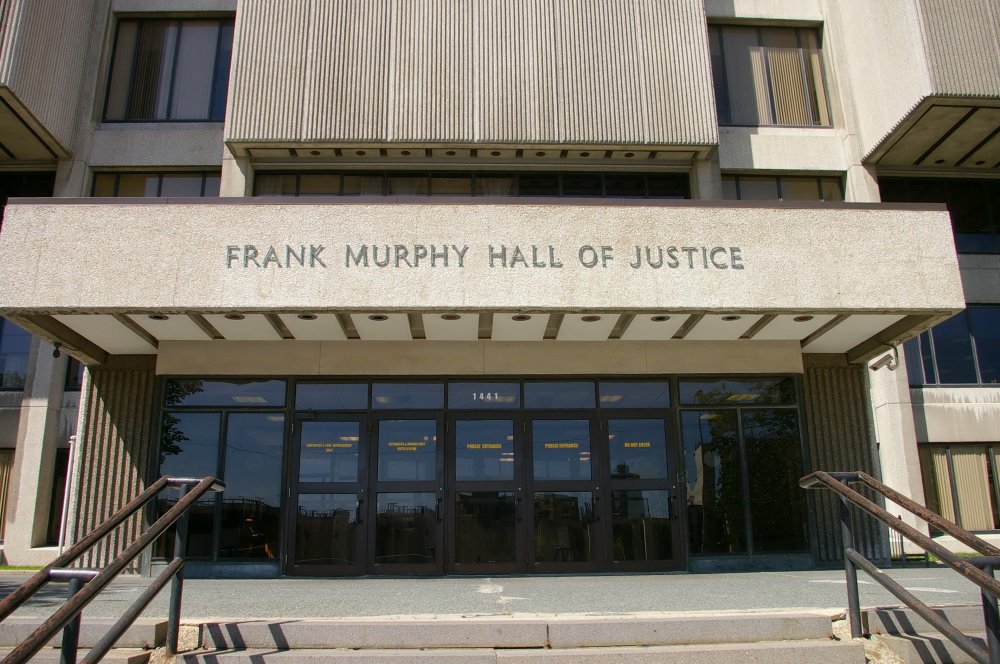 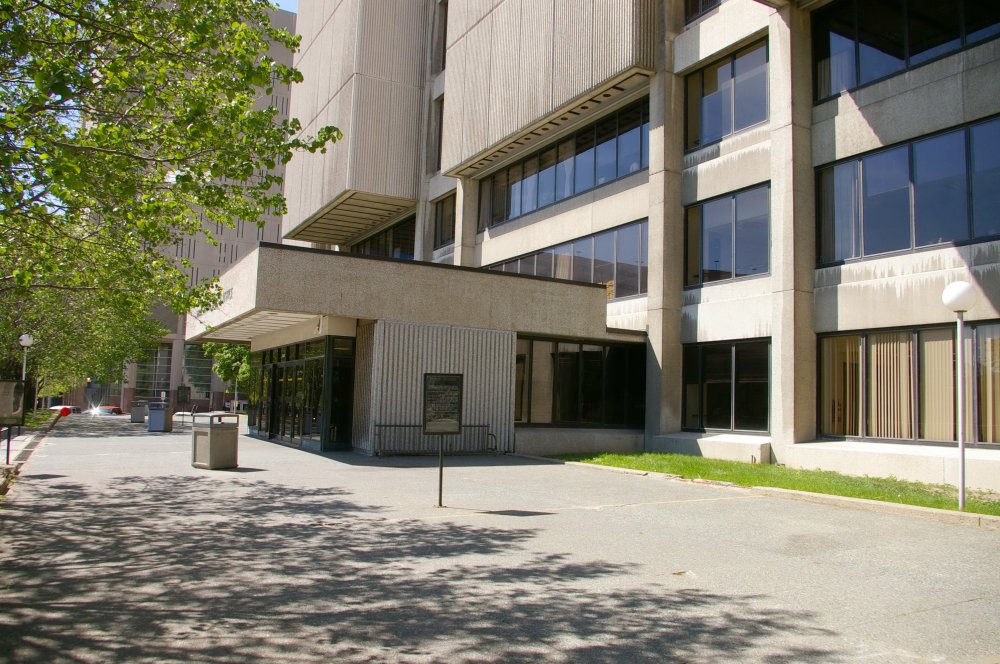 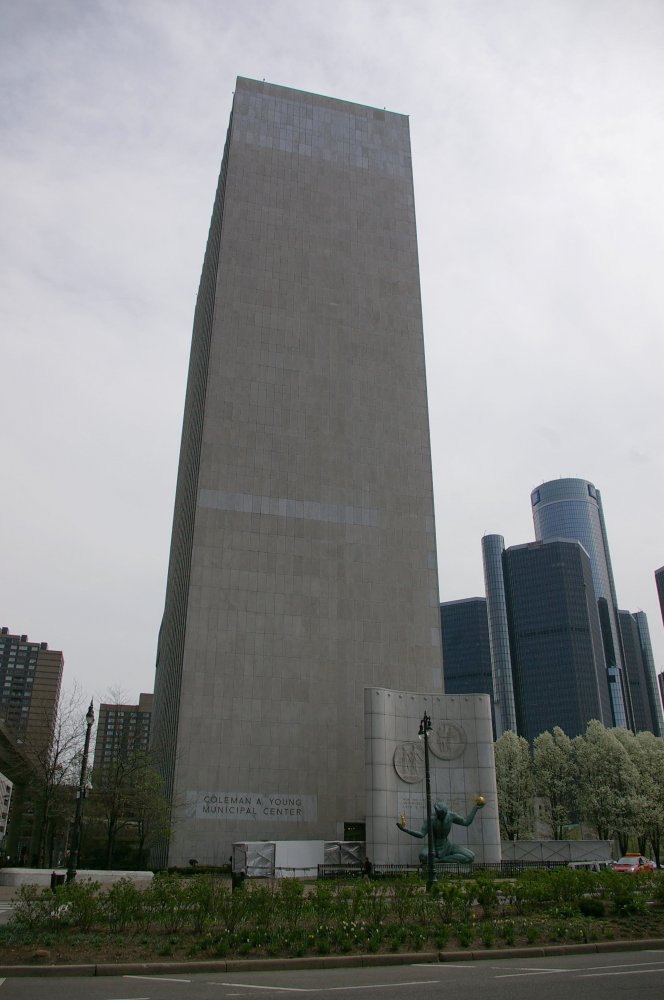 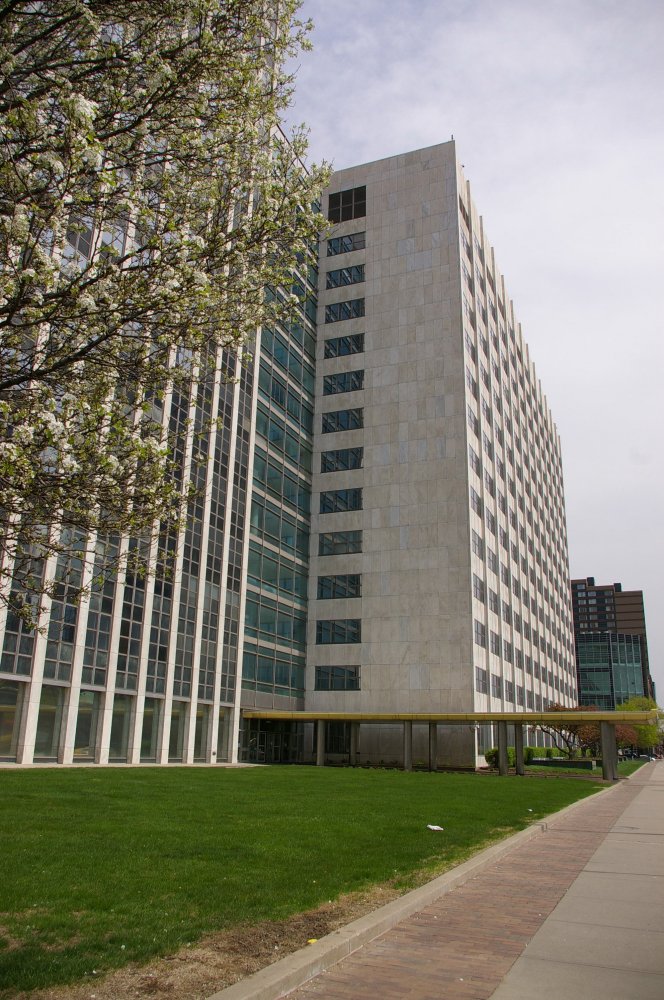 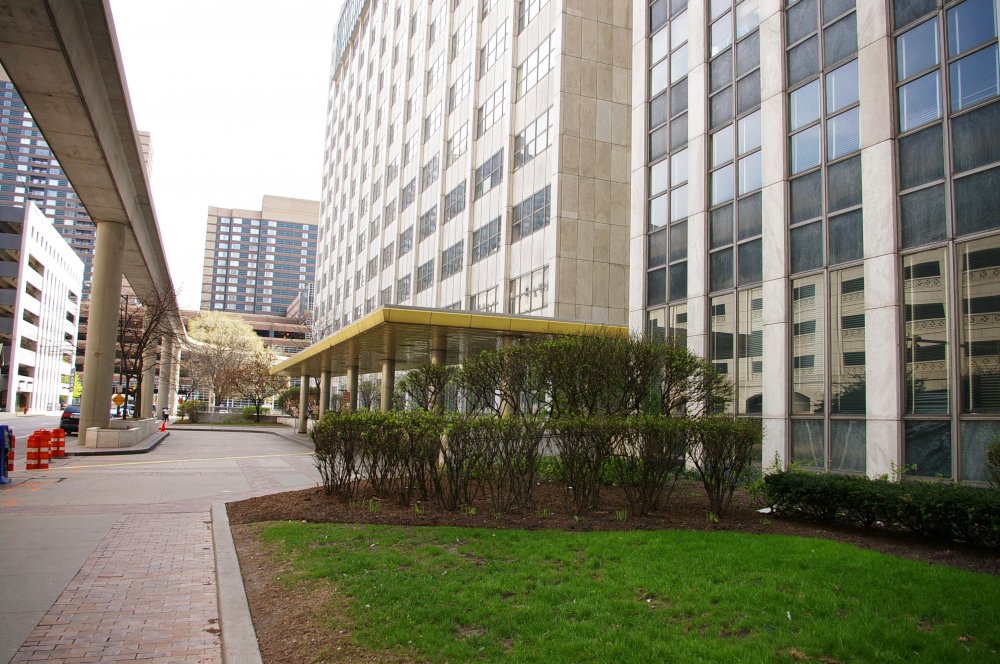 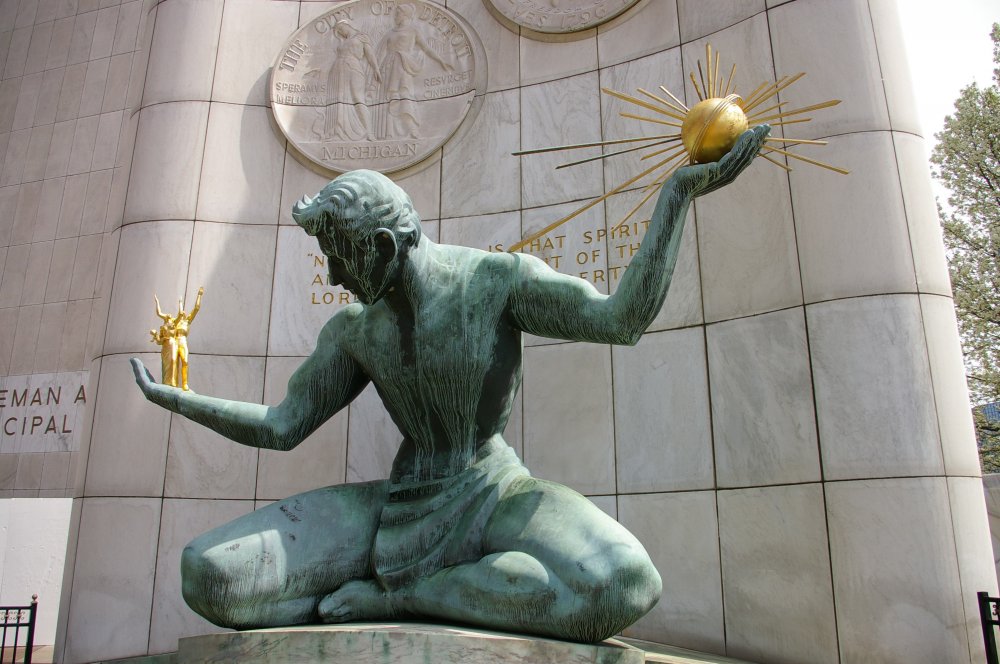