Dickinson County is named for Don M Dickinson, who was the United States Postmaster General under President Grover Cleveland. 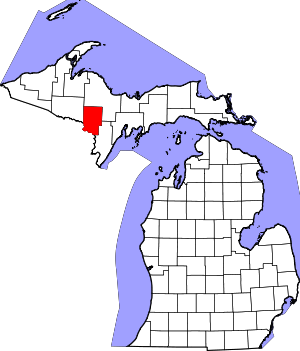 Description:  The building faces west and is a three story red colored brick structure. The building is located on landscaped grounds of a gently sloping rise  in the center of Iron Mountain. The building is faced with rock faced brick and trimmed with Portage Entry sandstone. The building has an 89 foot high square brick tower at the center front of the building. The clock was made by the Seth Thomas Clock Company in 1935. At the base of the tower is a large arch at the entrance. The north and south wing project from the main building. In the interior there is a hall on the first story with wooden stairs ascending to the second story and the courtroom. The building houses the County Circuit Court of the 41st Judicial District, County District Court and County Probate Court. On the south side of the courthouse is the old castle-like jail built in 1896.

Note:  The courthouse nearly burned to the ground in February 1912 when a fire started in the basement. Fortunately the fire was extinguished.

History:  The county was created in 1891 and Iron Mountain was selected as the county seat. The first and present courthouse was constructed in 1896 to 1897 at a cost of $23,300 including construction of the jail.

Note:  Dickinson County was the last county created in Michigan. 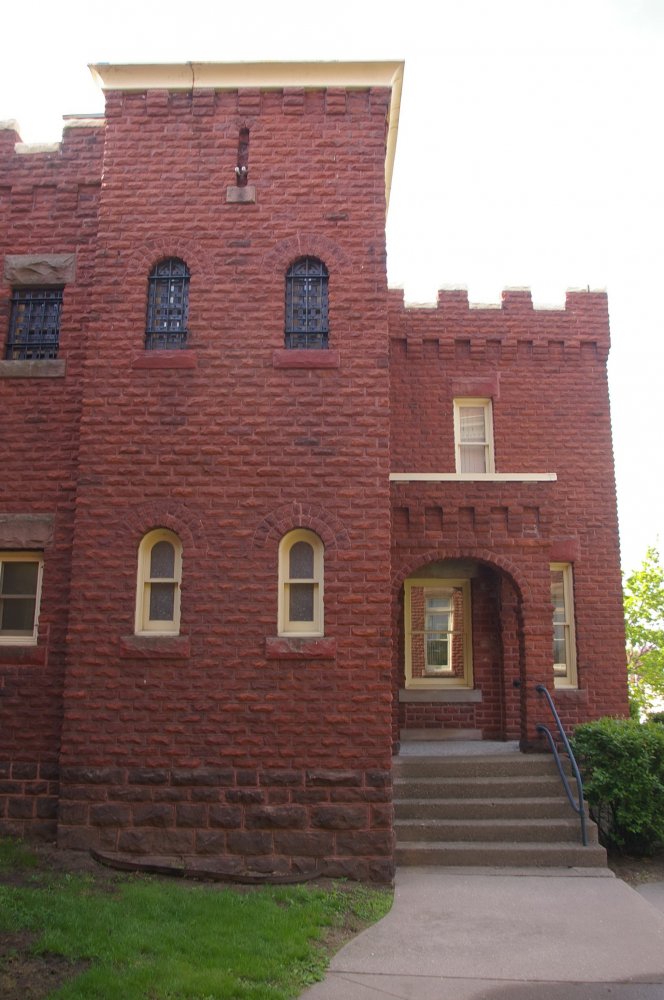