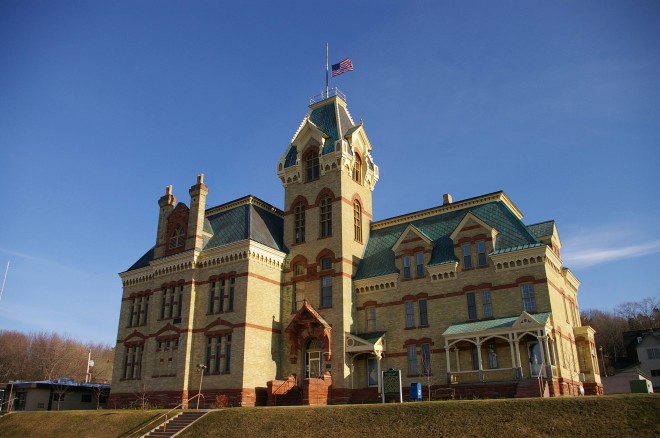 Houghton County is named for Douglas Houghton, who was a Michigan geologist and Mayor of Detroit from 1842 to 1843. 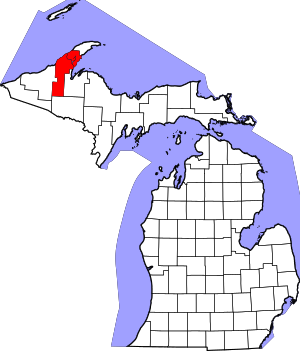 Architect:  John B Sweatt of Marquette

Description:  The building faces north and is a four story Milwaukee cream colored brick and red colored sandstone structure. The building is located on landscaped grounds in the center of Houghton and sits on a hill overlooking the downtown area. The building has a polychromatic exterior. Red colored sandstone forms the trim above the central entrance and above the windows. In the center is a high four story tower with the entrance at the base. The east section extends from the main building and has two high brick chimneys. The mansard roof is copper. The interior is decorated with rich wood, stone fireplaces, and ornamental plaster. The floor consists of red, brown, and light yellowish brown tiles. A carved oak staircase joins the floors. The interior of the courthouse was designed by Charles Eastlake of England, using heavy, elaborately decorated plaster and woodwork.In 1986 a five story addition was built on the south side. The architect was UP Engineering and the contractor was Herman Gundlach.

Note:  The courthouse was constructed at a cost of $75,568 and contained a jail and sheriff’s quarters. The cornerstone, with a miner’s coat of arms, was laid on July 24, 1886. 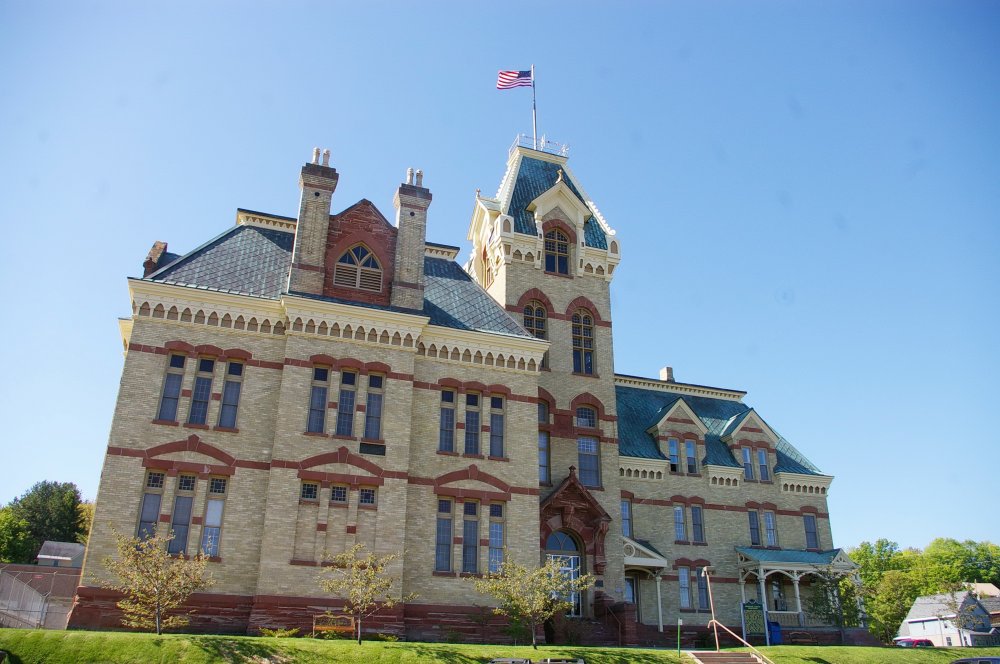 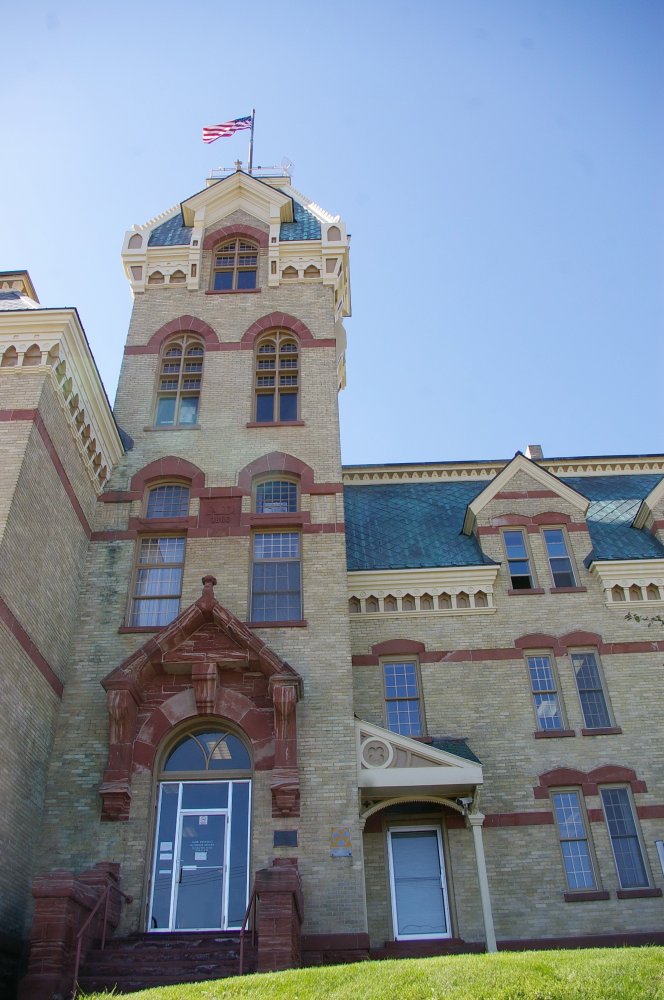 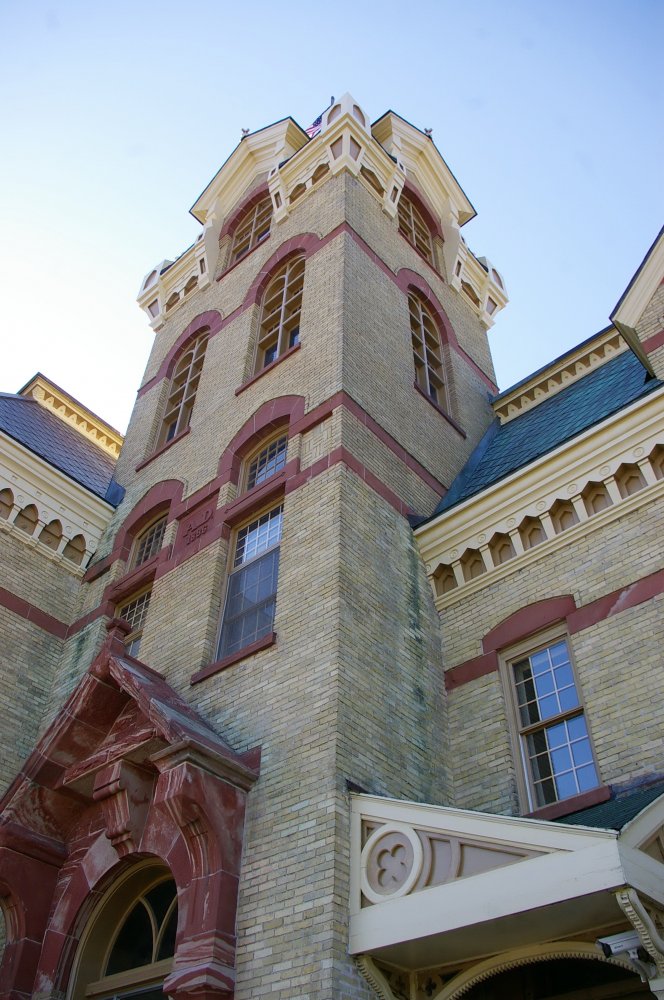 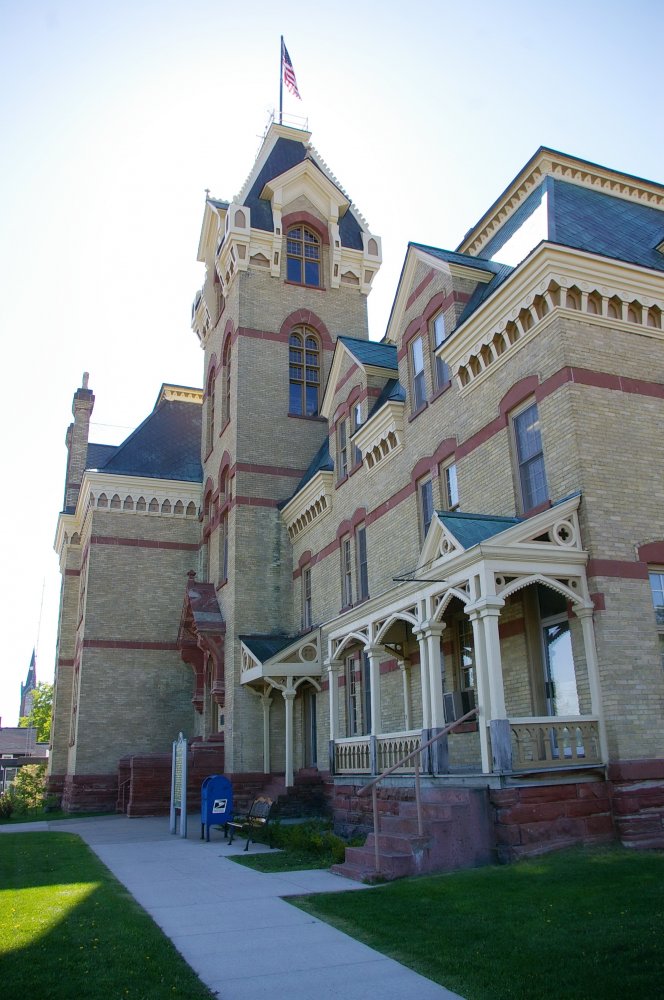 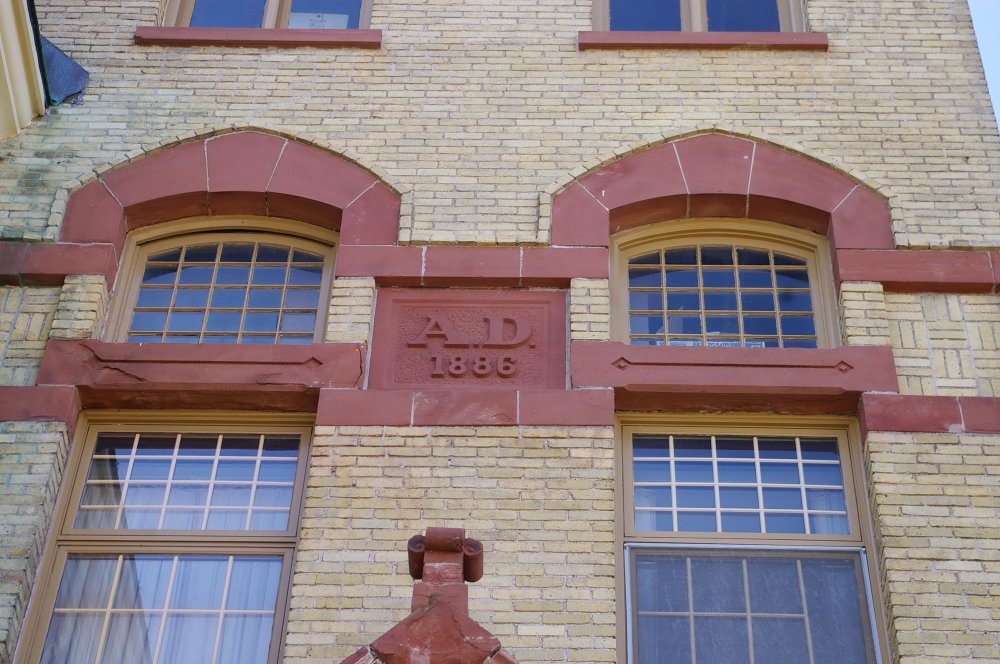 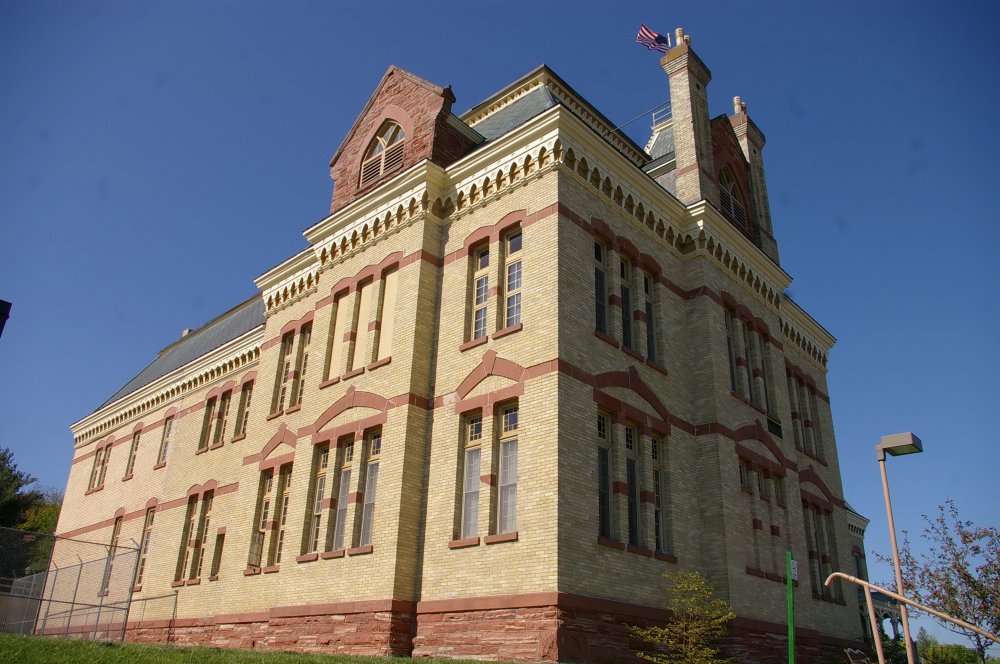 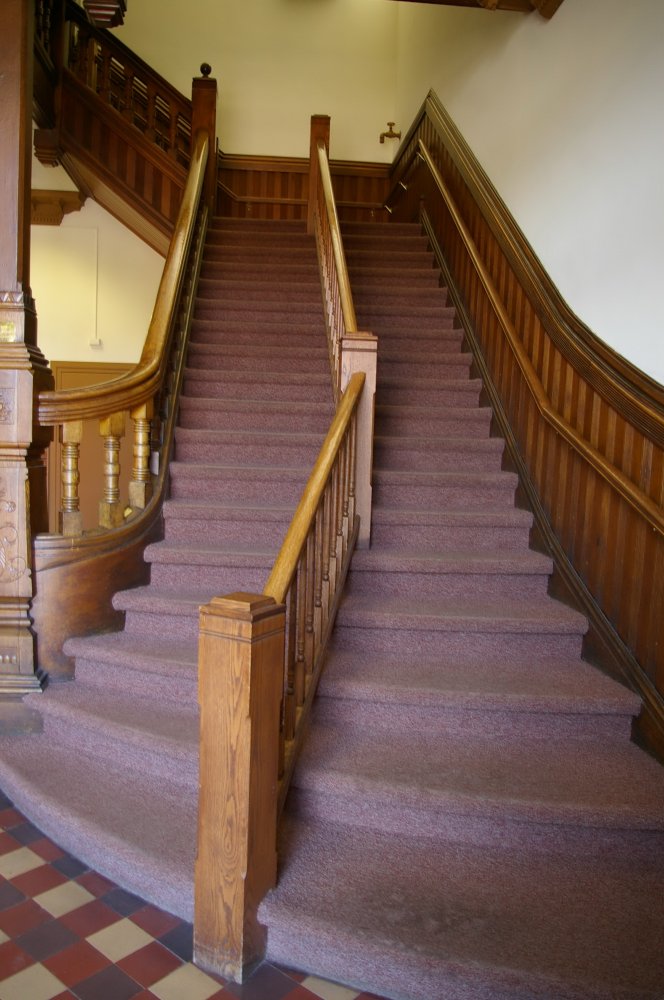 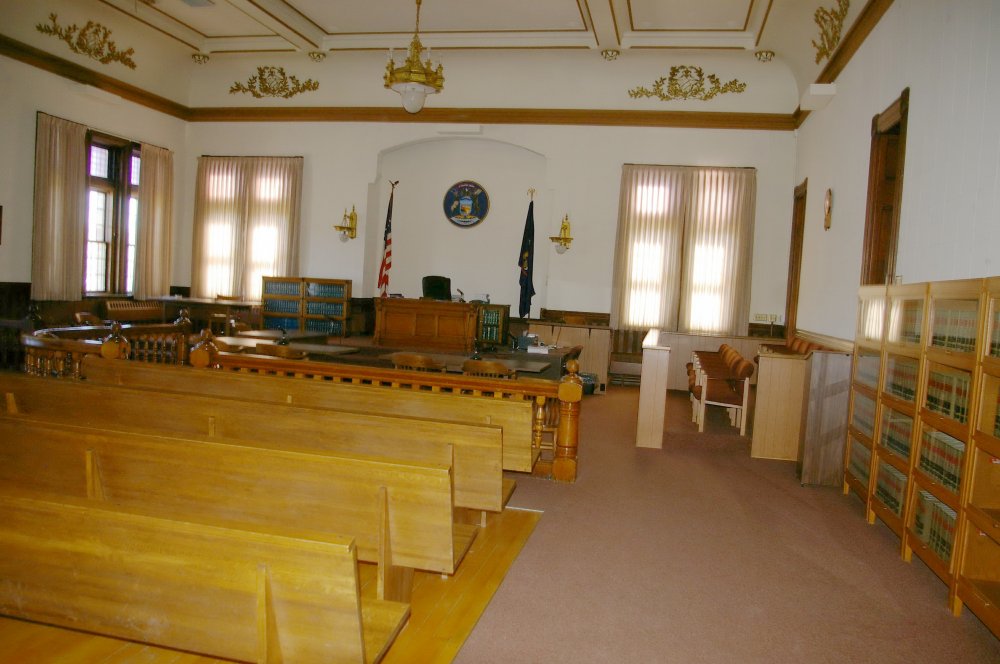 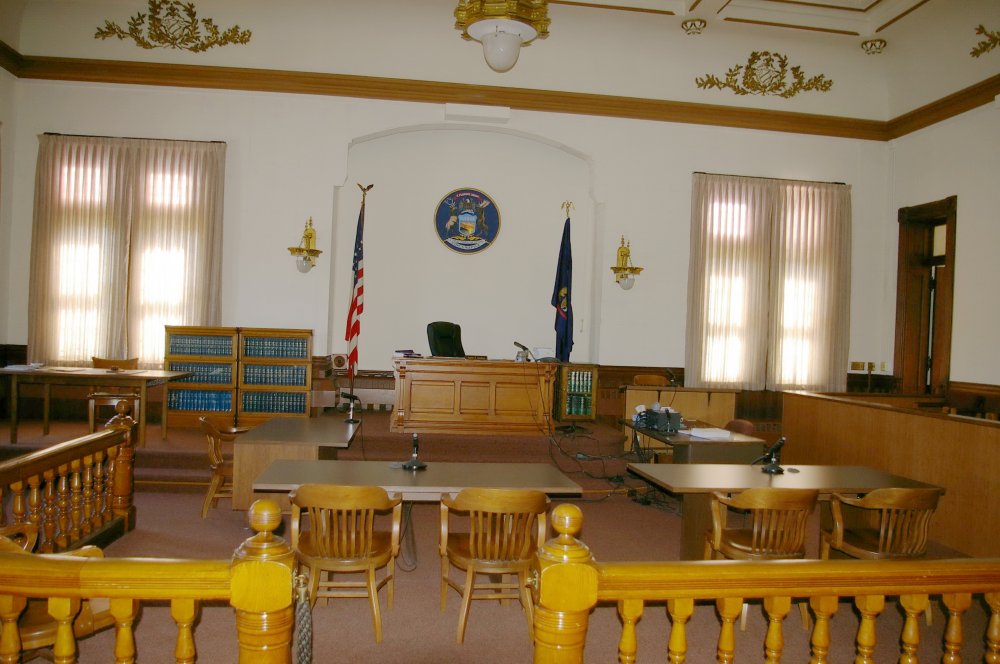 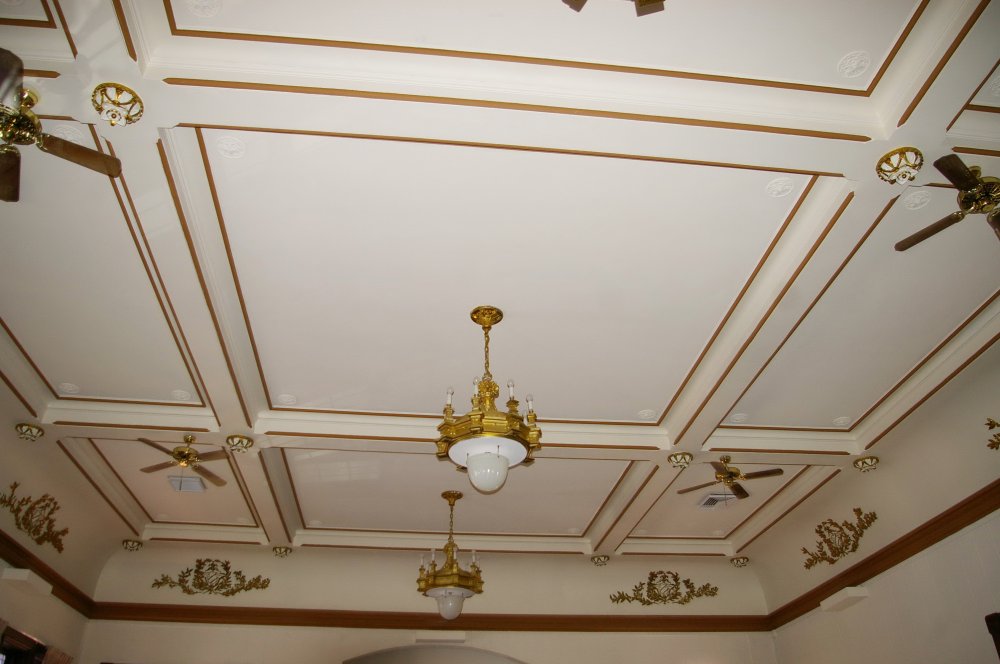 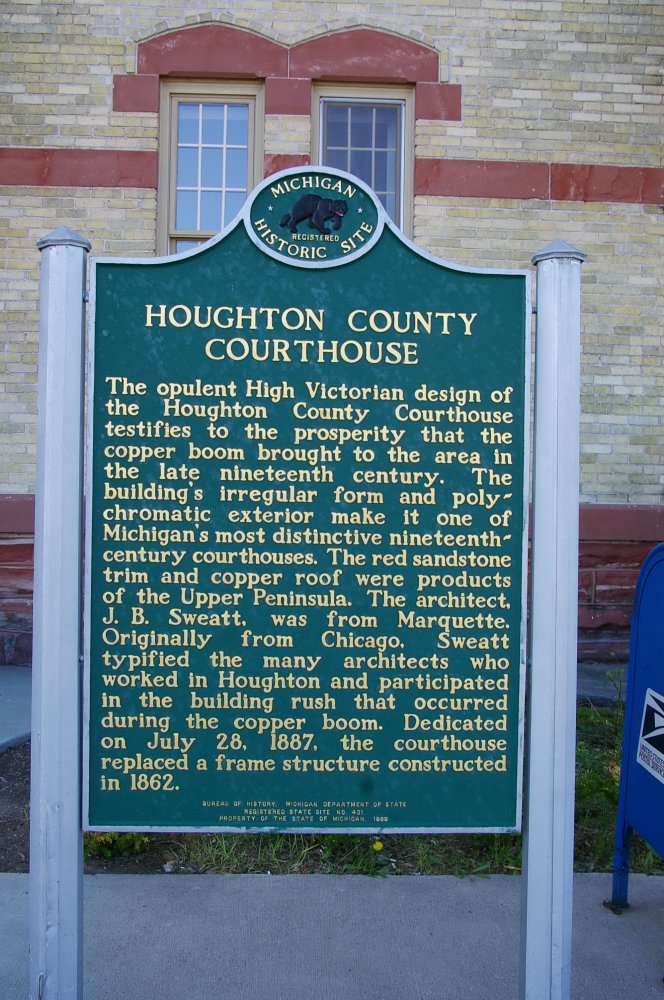