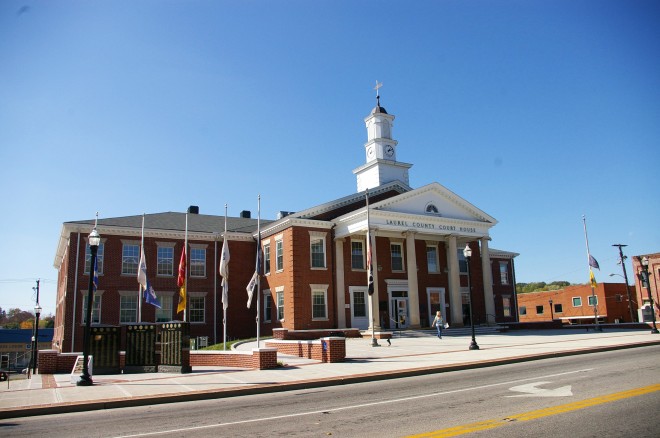 Laurel County is named for the Mountain Laurel trees that are prominent in the county.

Description:  The building faces east and is a two story red colored brick and concrete structure. The building is located on landscaped grounds in the center of London. The east front has a large portico supported by four large Corinthian columns rising to the pediment at the roof. On the west, the building expands with a north and south wing. On the center of the roof is a high narrow white colored wood cupola with black colored dome and weather vane on top. The building was expanded and renovated in 2005. The architect was Sherman-Carter-Barnhart, Inc. of Lexington and the contractor was McKnight & Associates, Inc. of London. On the west side is the County Judicial Annex. 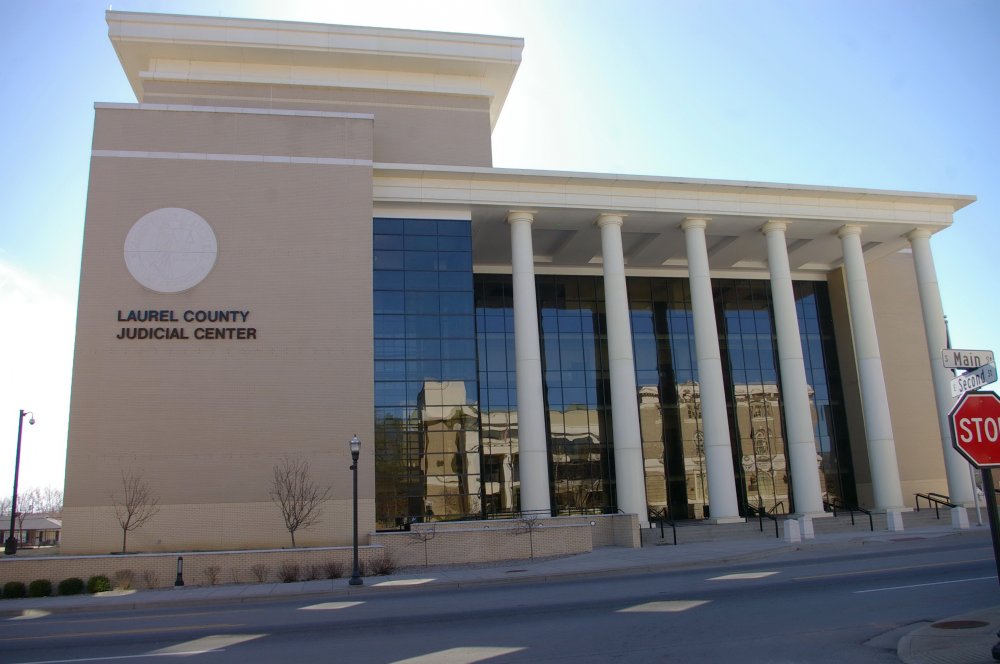 Description:  The building faces east and is a four story buff colored brick and concrete structure. The building is located in the center of London to the south of the courthouse. The east front has a large porch on the north side of the front with six high columns and glass paneled walls behind. On the south side of the roof is a large square tower. The roof line is flat. 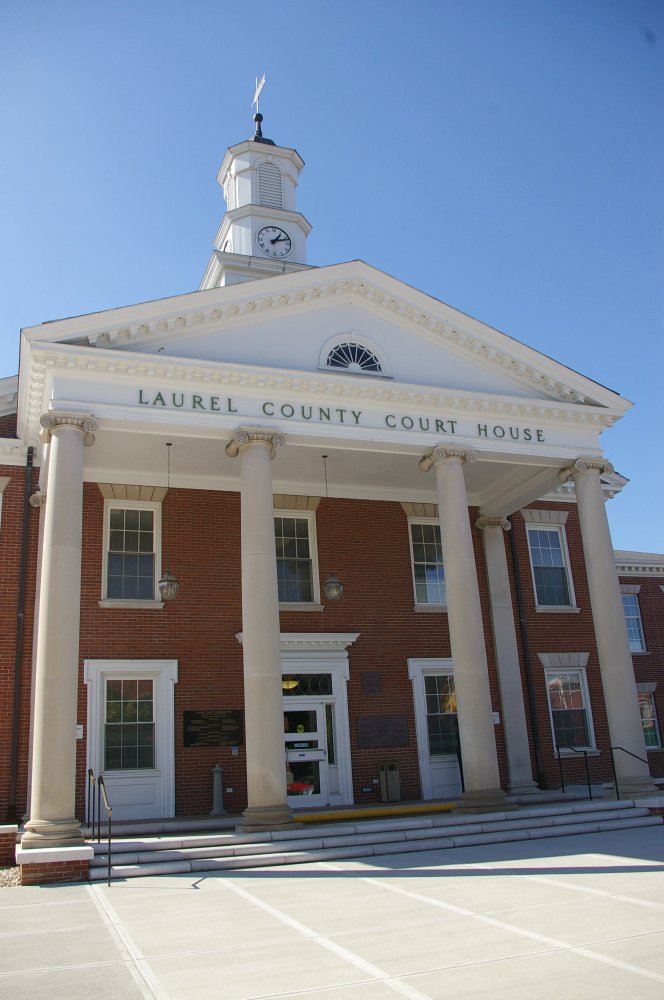 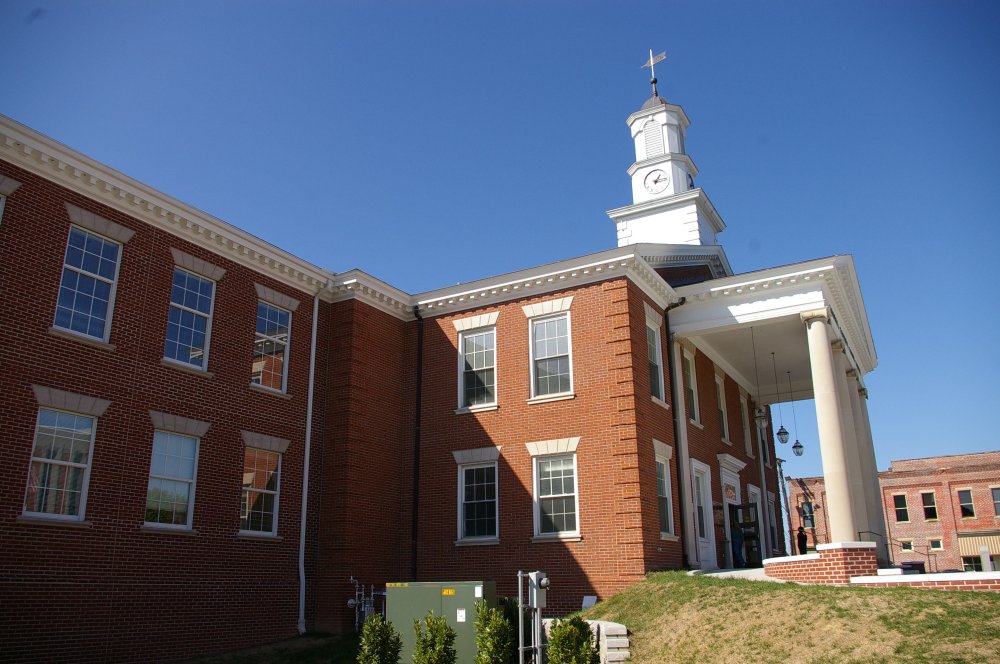 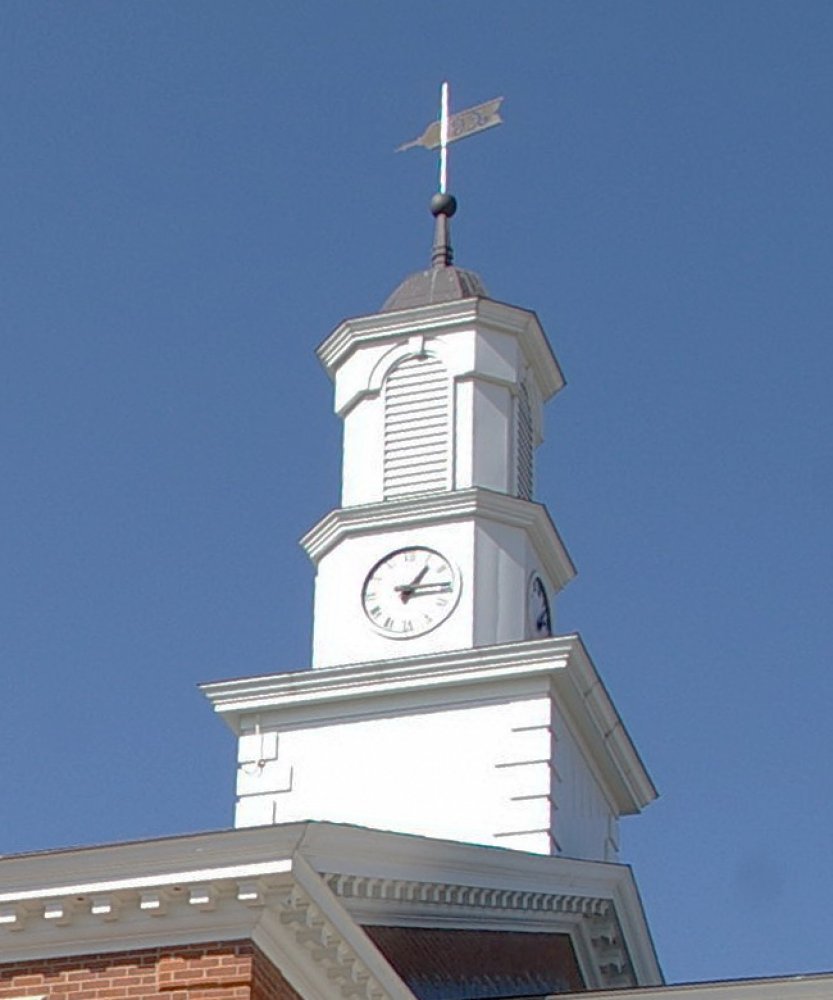 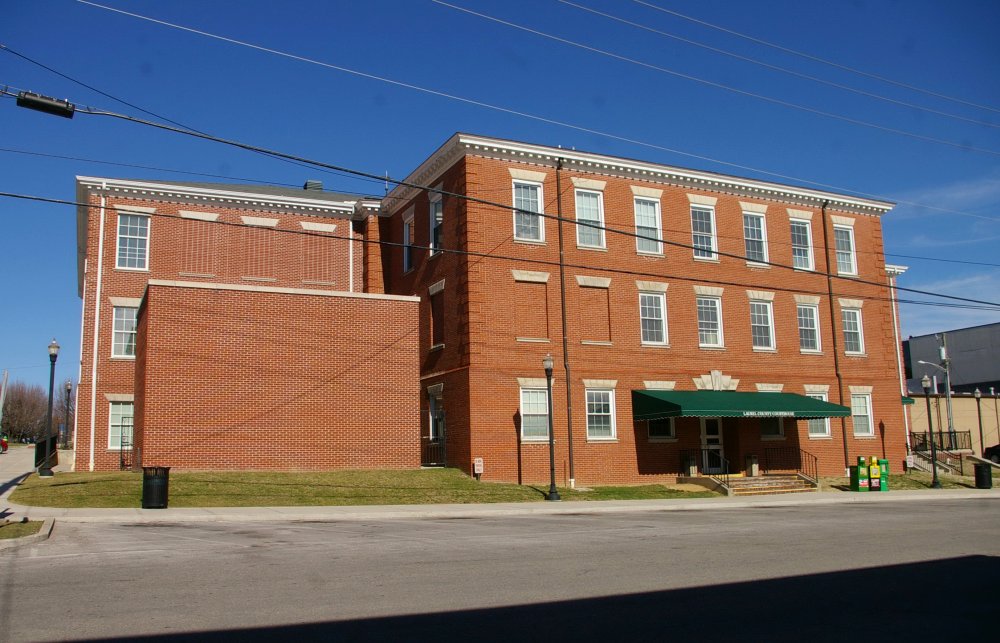 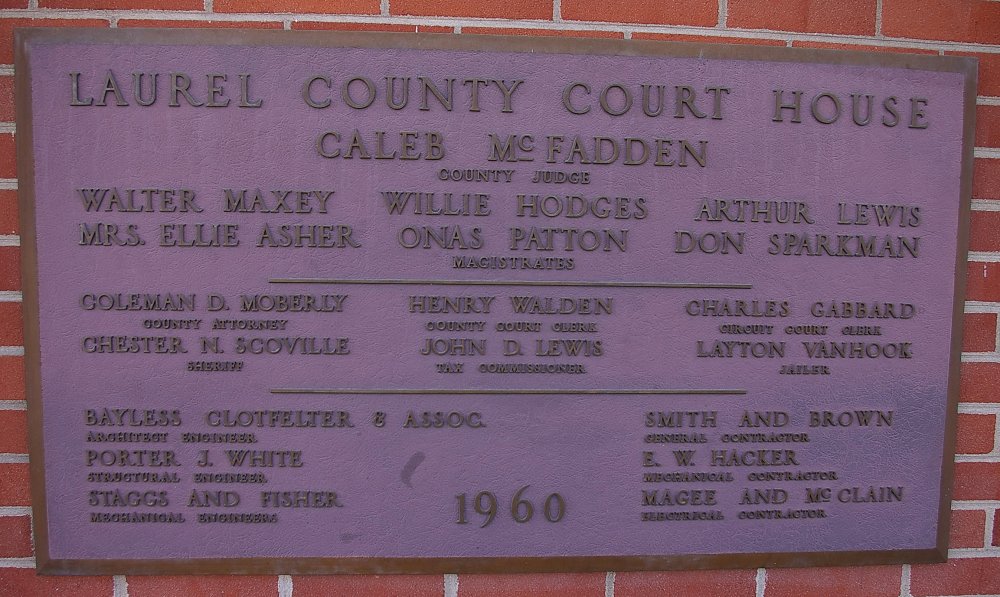 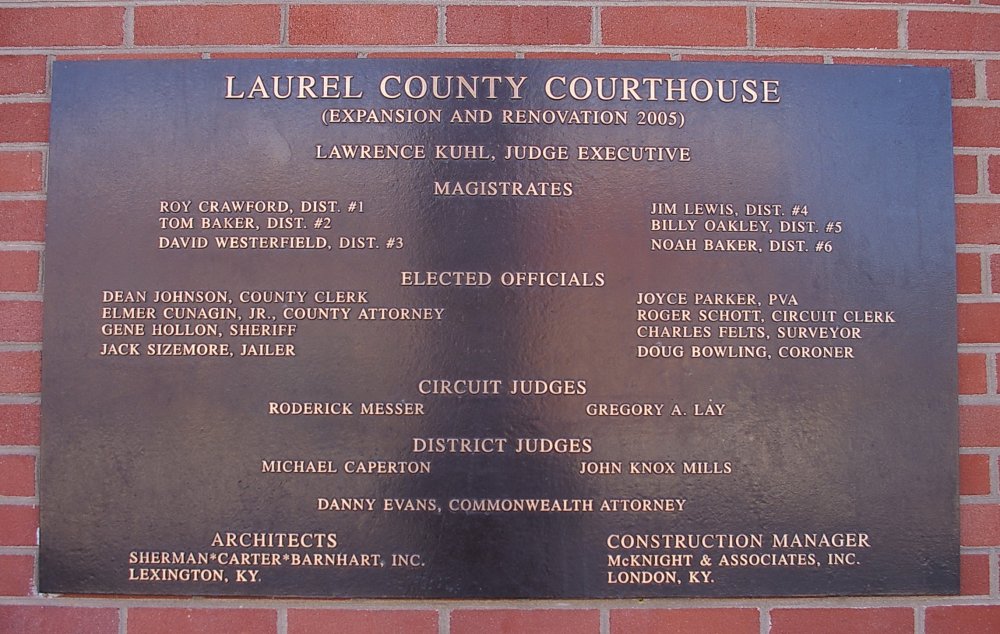 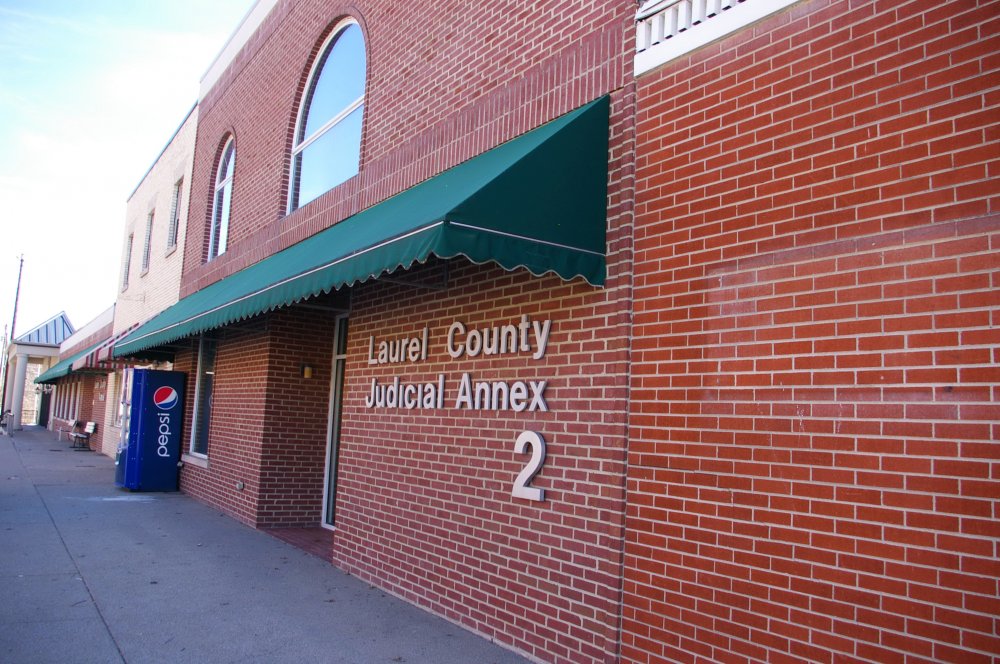 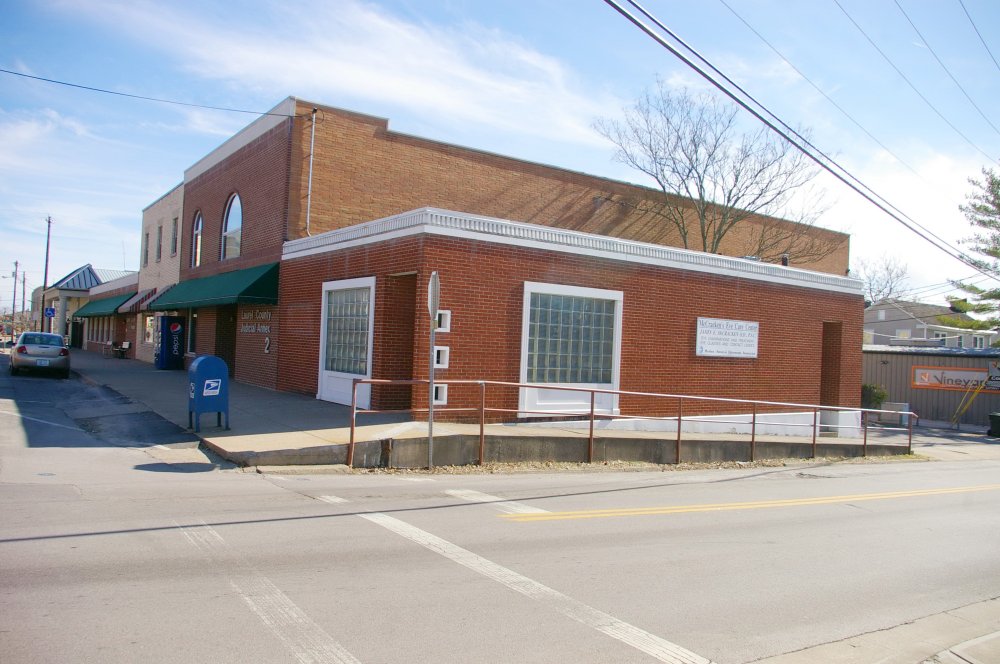 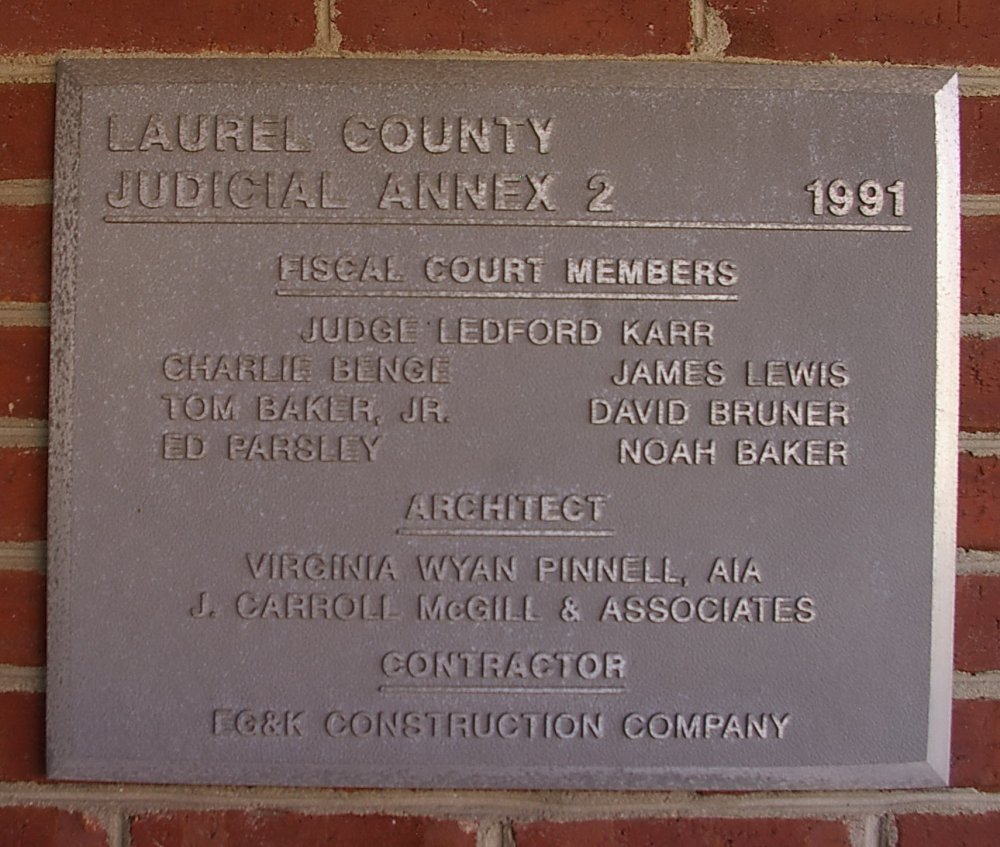 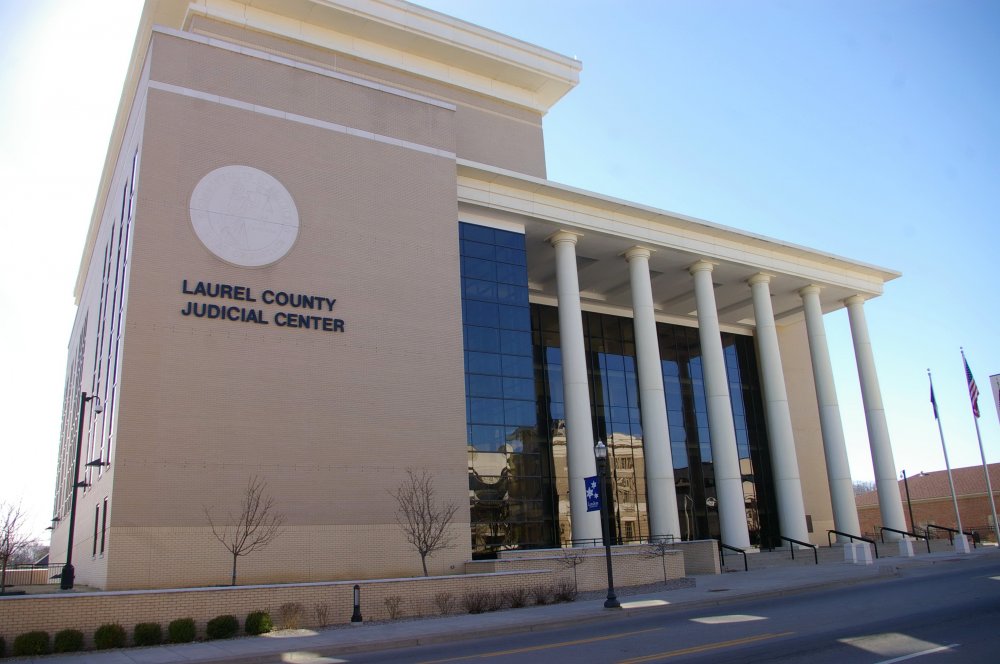 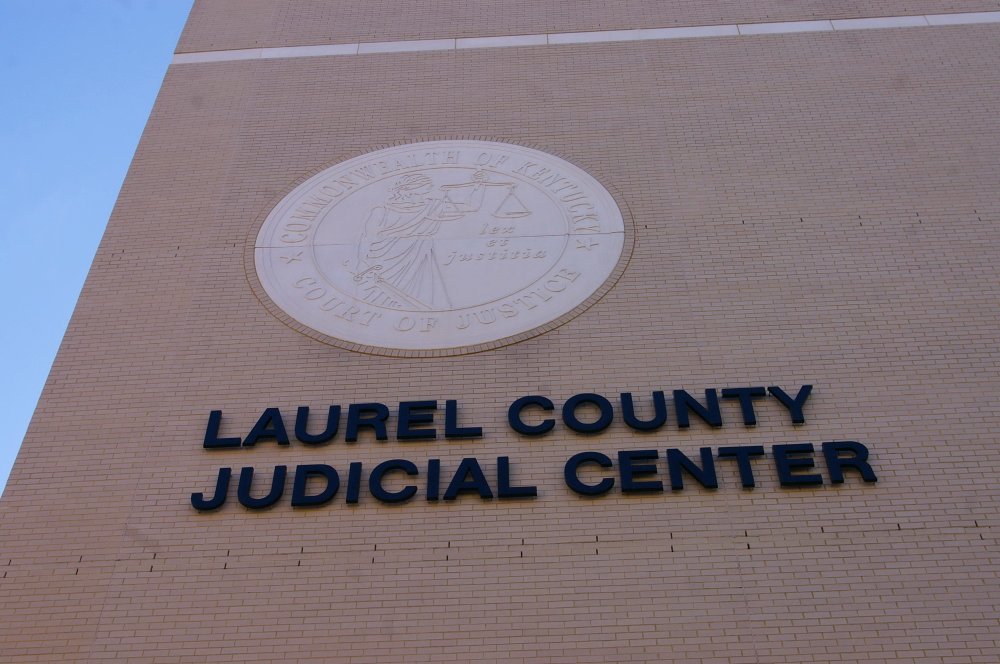 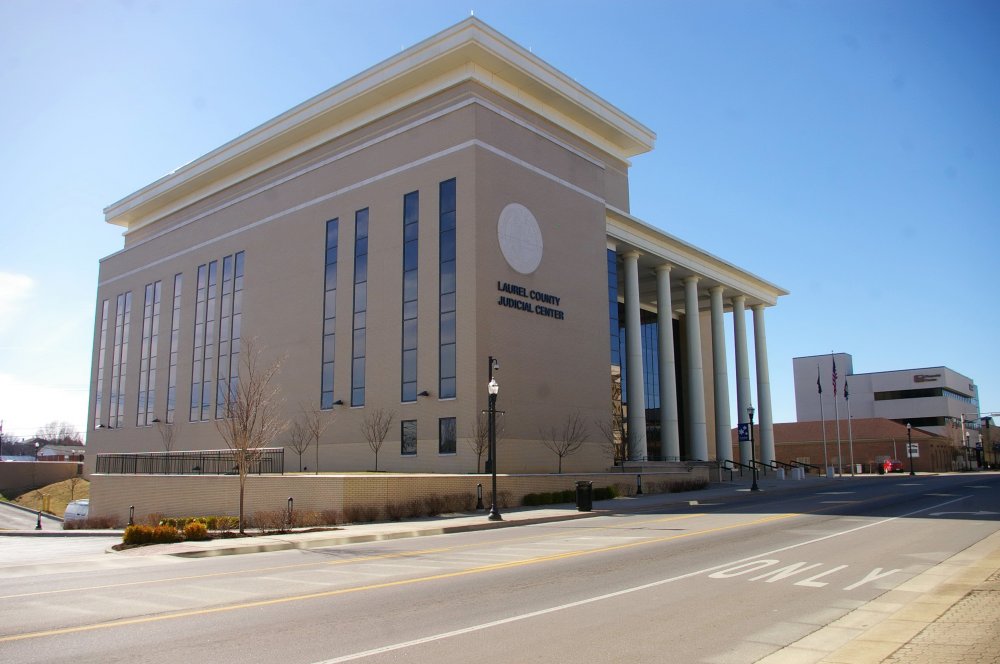