Clay County is named for Green Clay, who was a military general and a surveyor.

Description:  The building faces east and is a three story buff colored brick and concrete structure. The east front has a projecting center section with glass panel entrance rising to the second story. The third story has columns with glass panels behind and hipped roof. The north and south sides have columns with recessed wall rising to the top of the second story. The windows on the third story are square The roof line is flat. 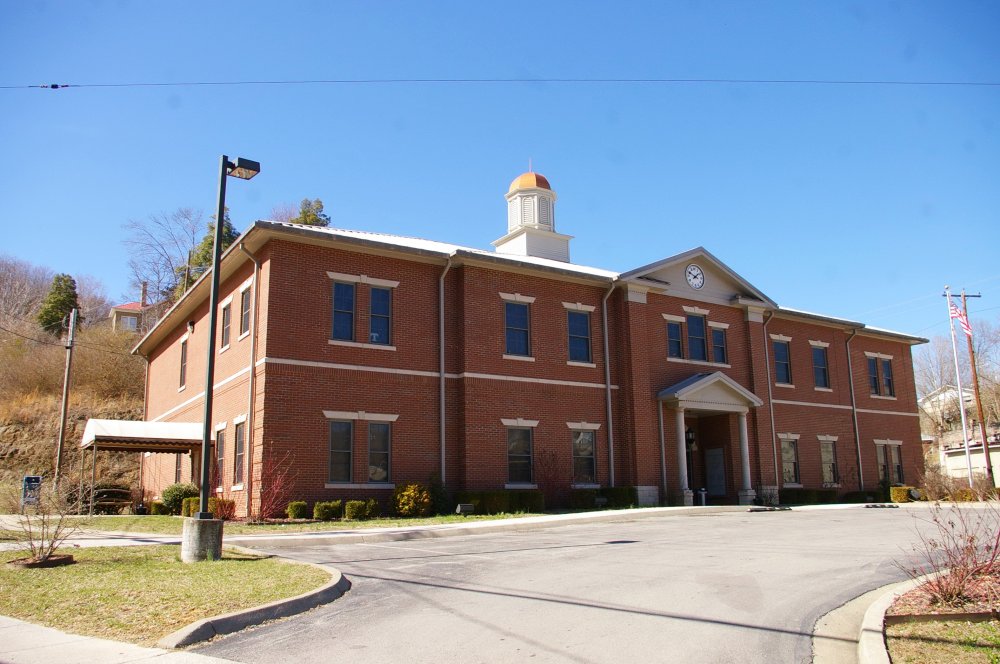 Description:  The building faces east and  is a two story red colored brick and concrete structure. The east front has a central entrance with pediment and clock at the roof line. On the roof is an octagonal white colored cupola. The roof is hipped. 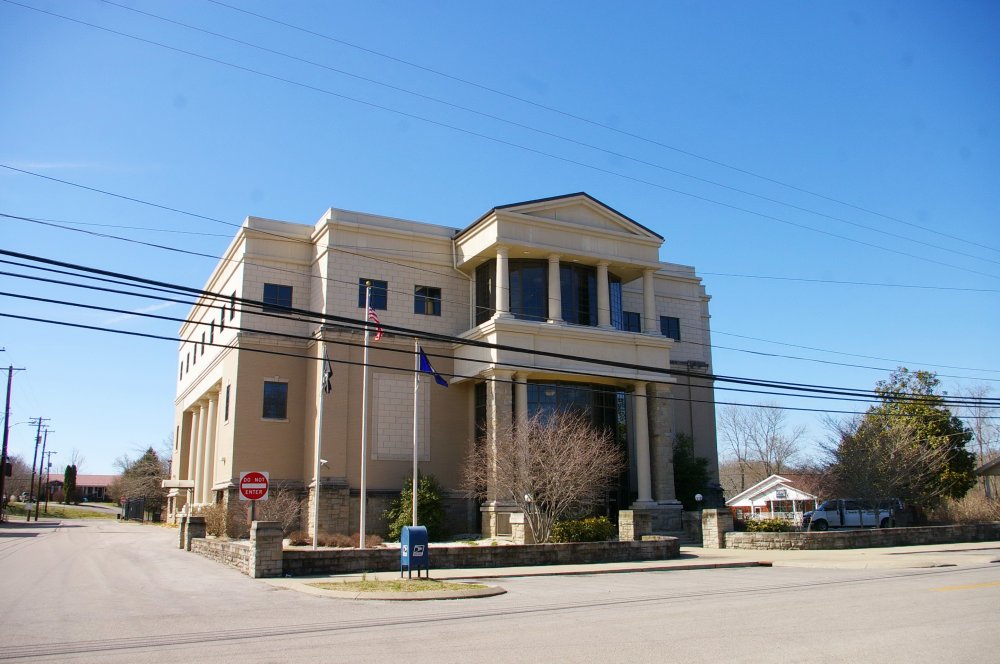 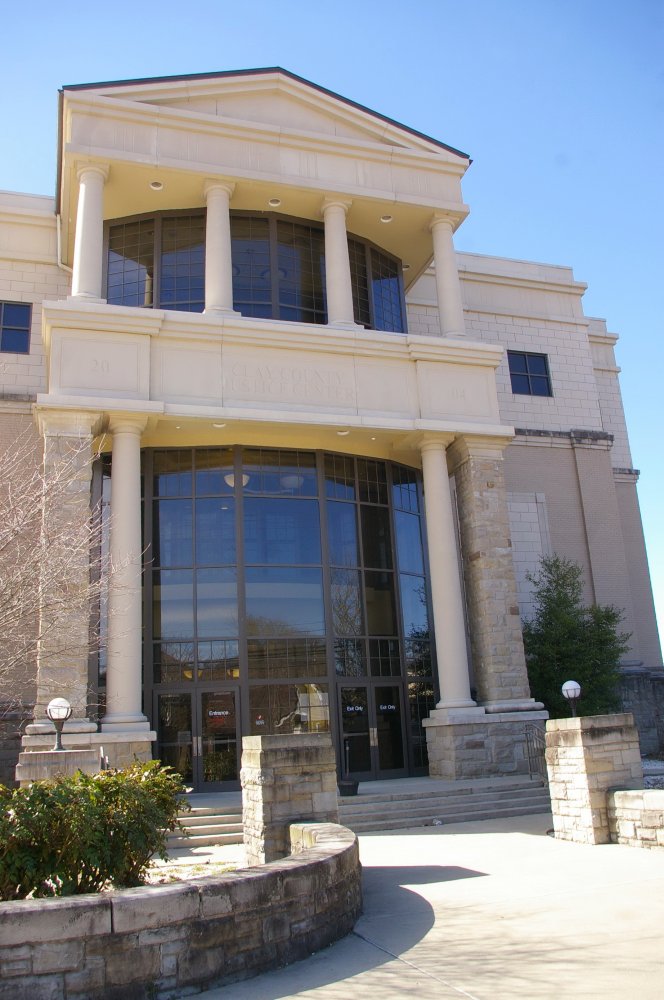 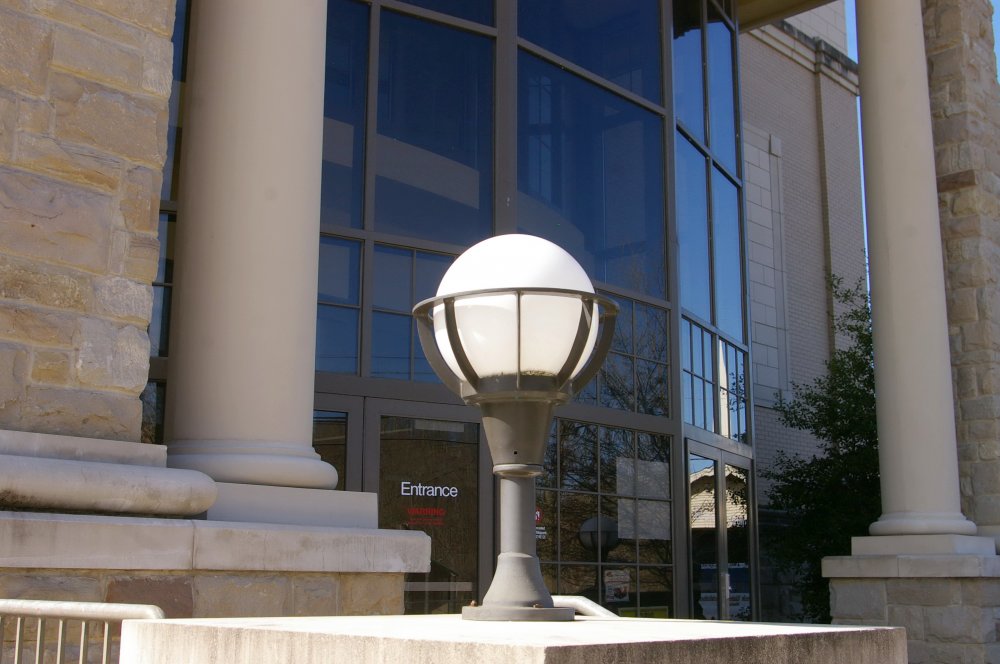 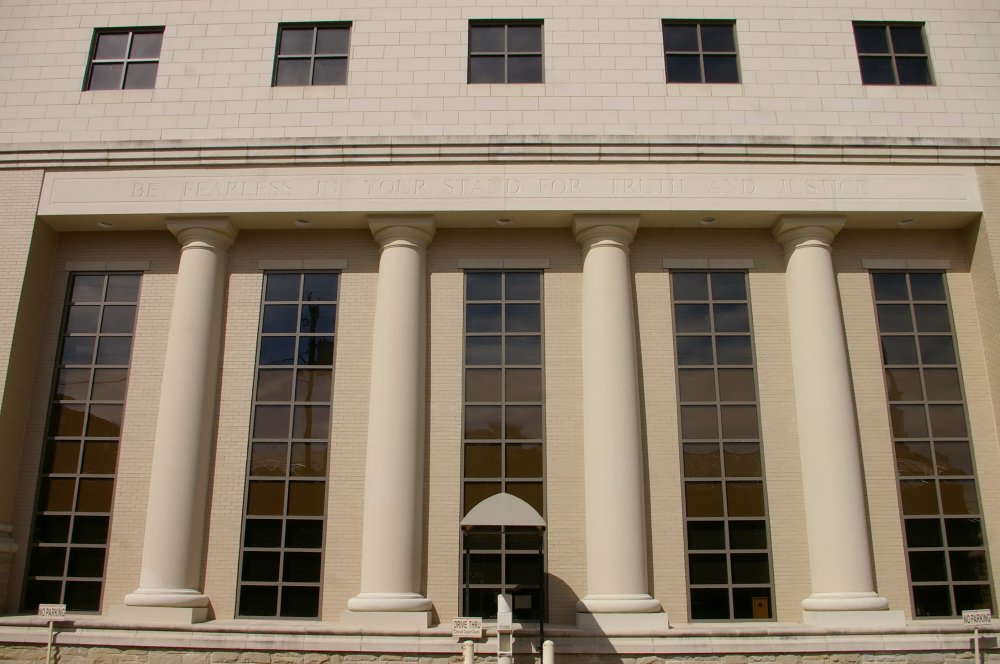 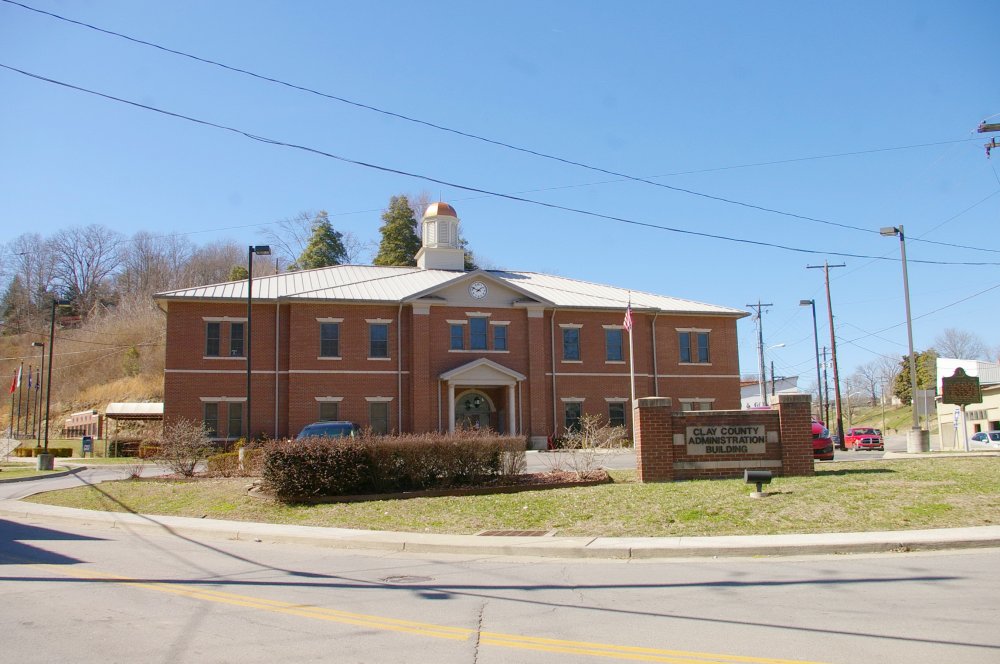 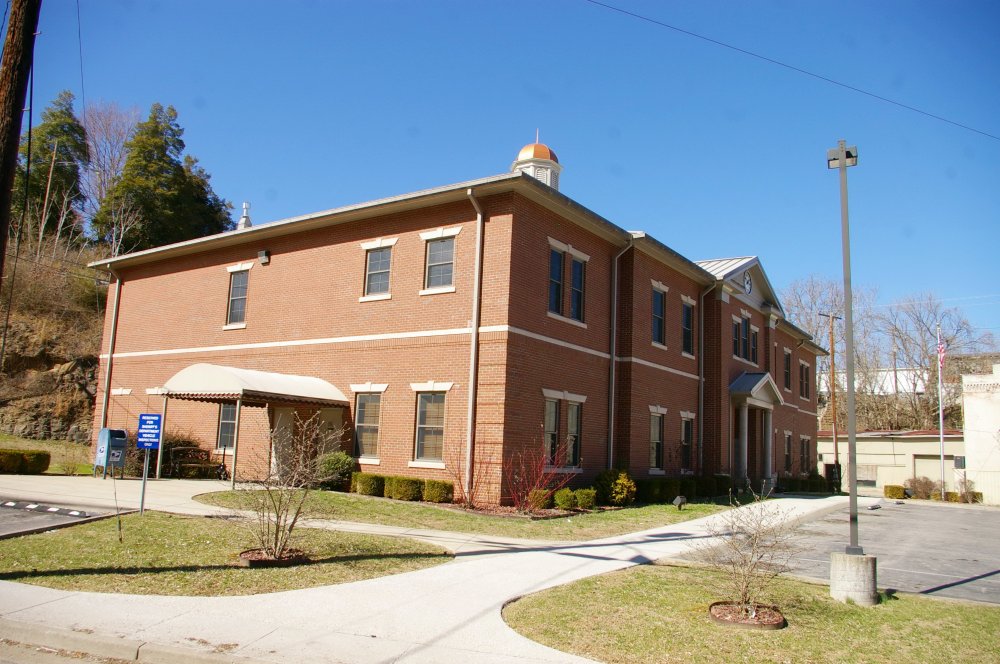 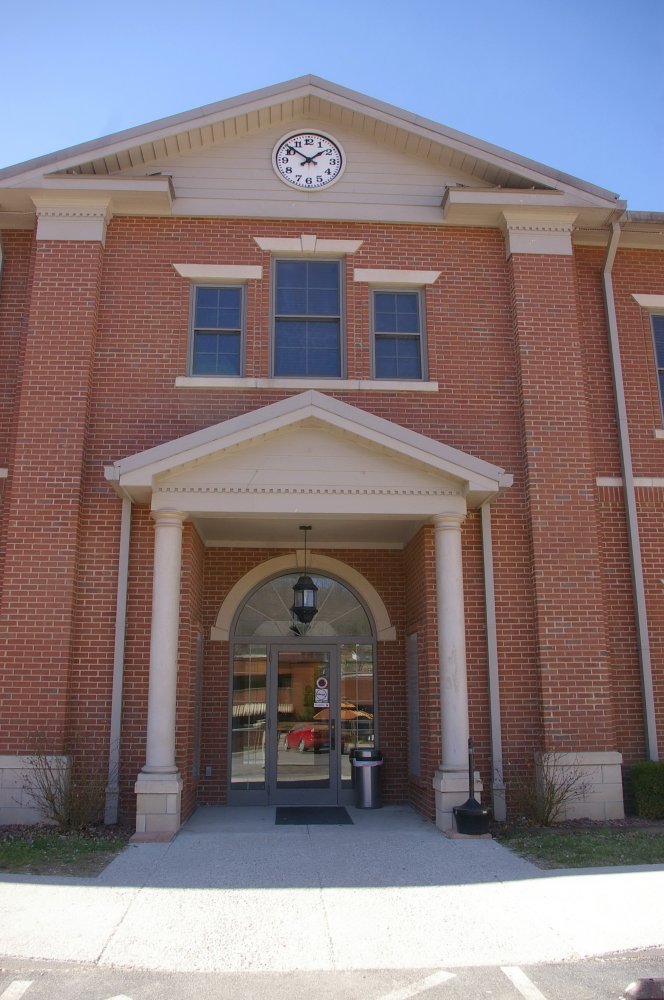 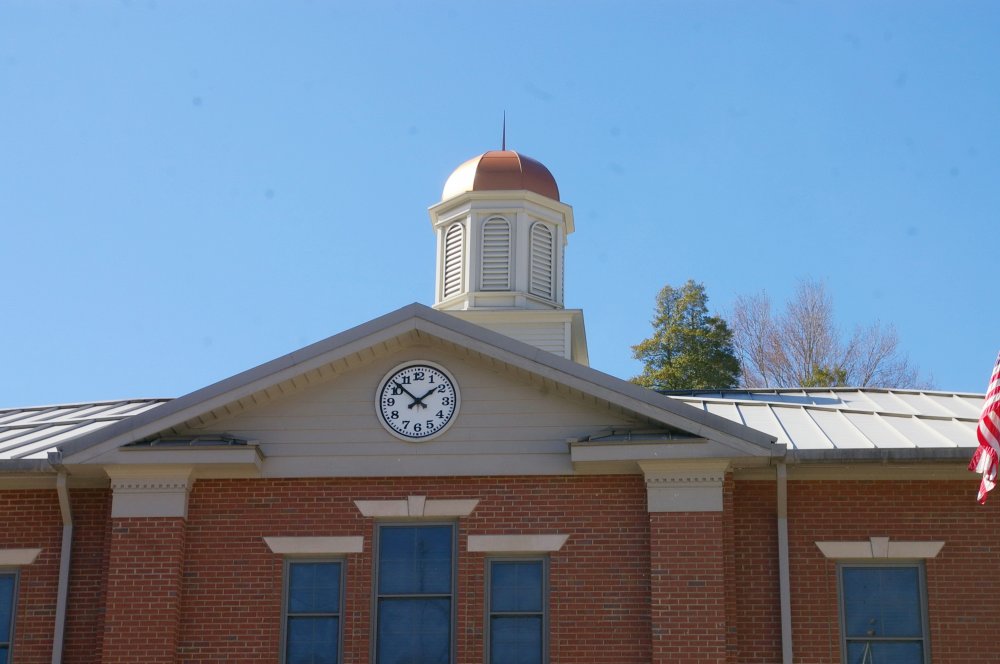 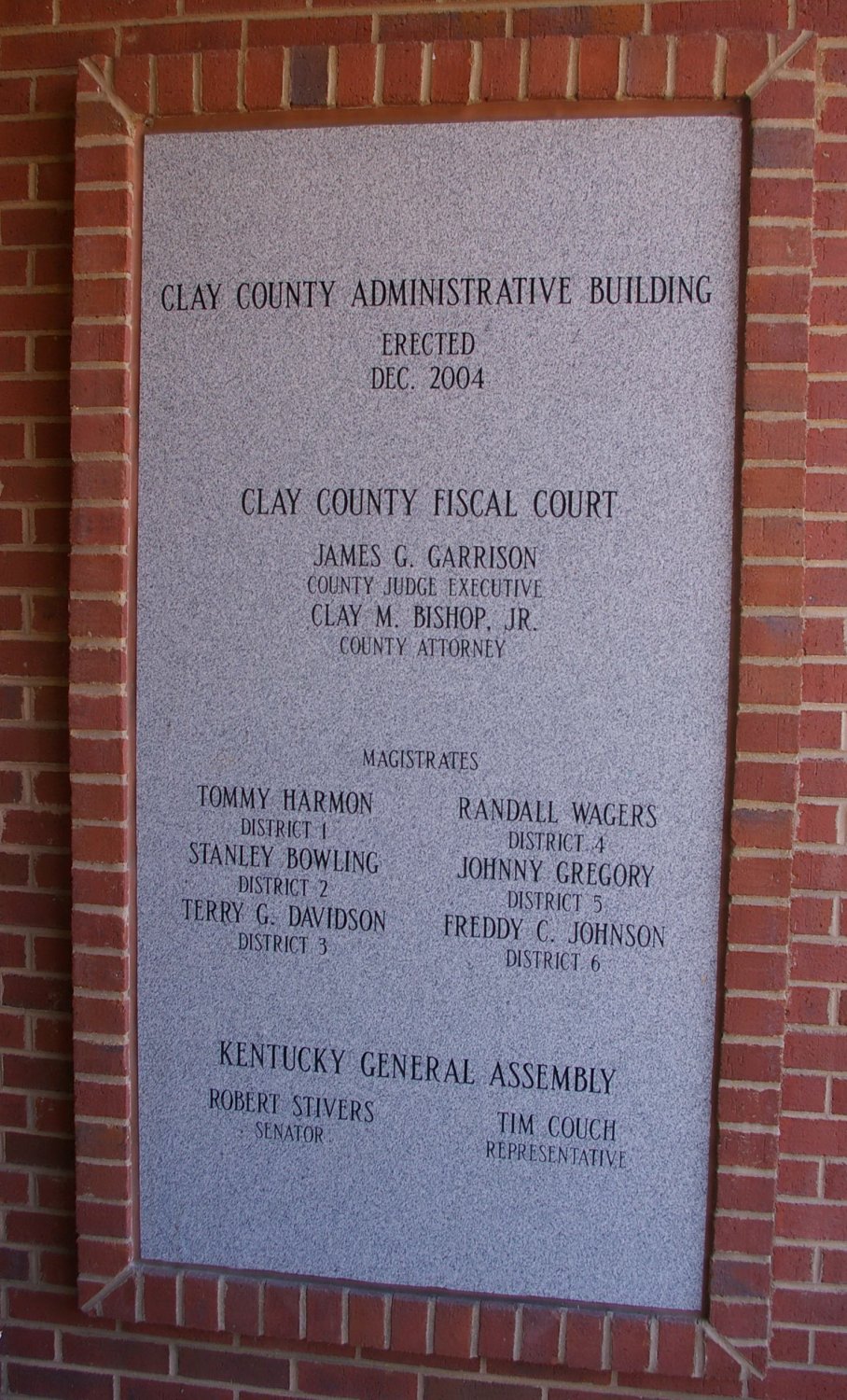