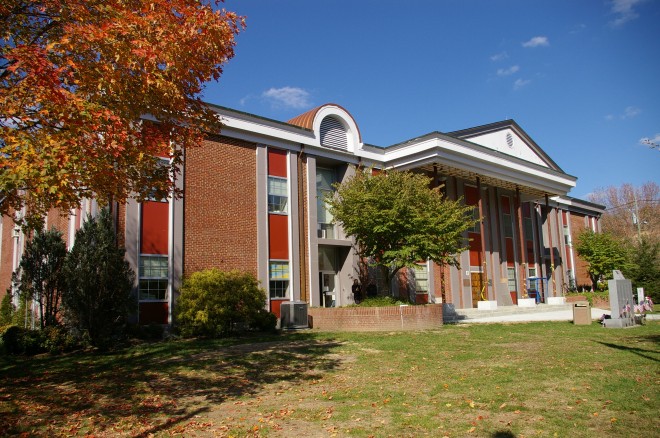 Whitley County is named for William Whitley, who was a Kentucky pioneer, and who lived from 1749 to 1813. 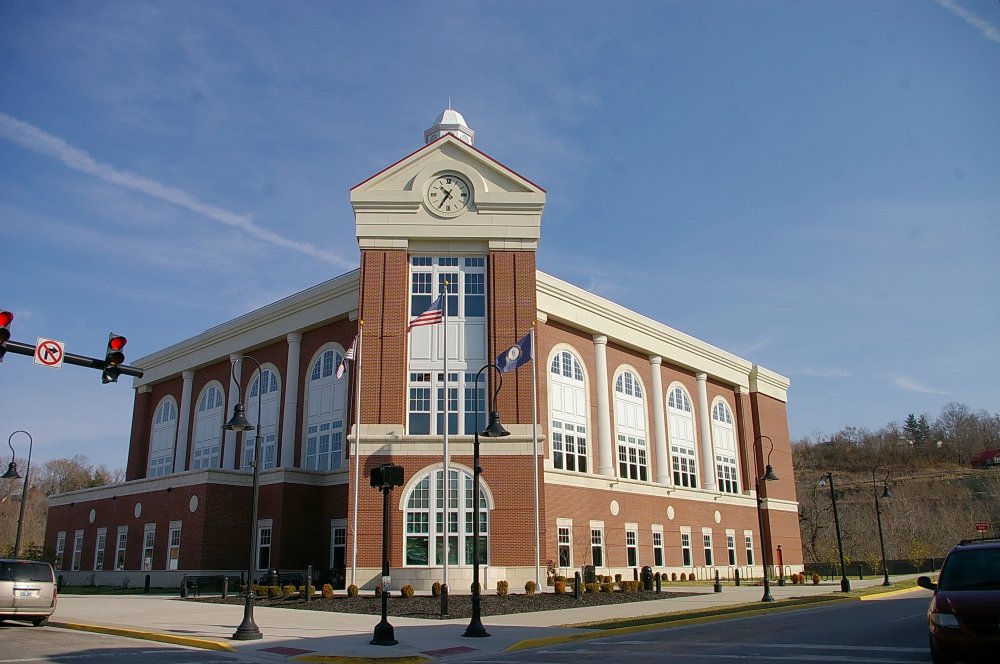 Description:  The building faces southwest and is a two story red colored brick and concrete structure. The building is located on landscaped grounds in the center of Williasmsburg on the northheast side of the courthouse.The south corner has a square three story red colored brick tower with large arched window and entrance on the first story and rising to a clock and peaked roof at the top. The second story has large arched windows. The roof line is mansard  with fla center section and with hexagonal white colored cupola at the south corner. 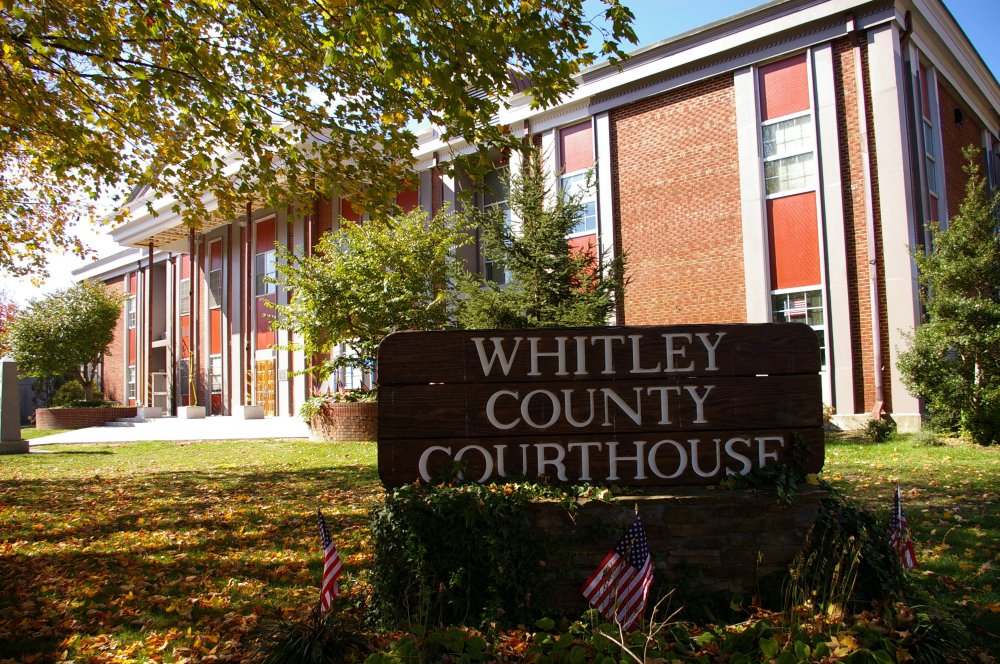 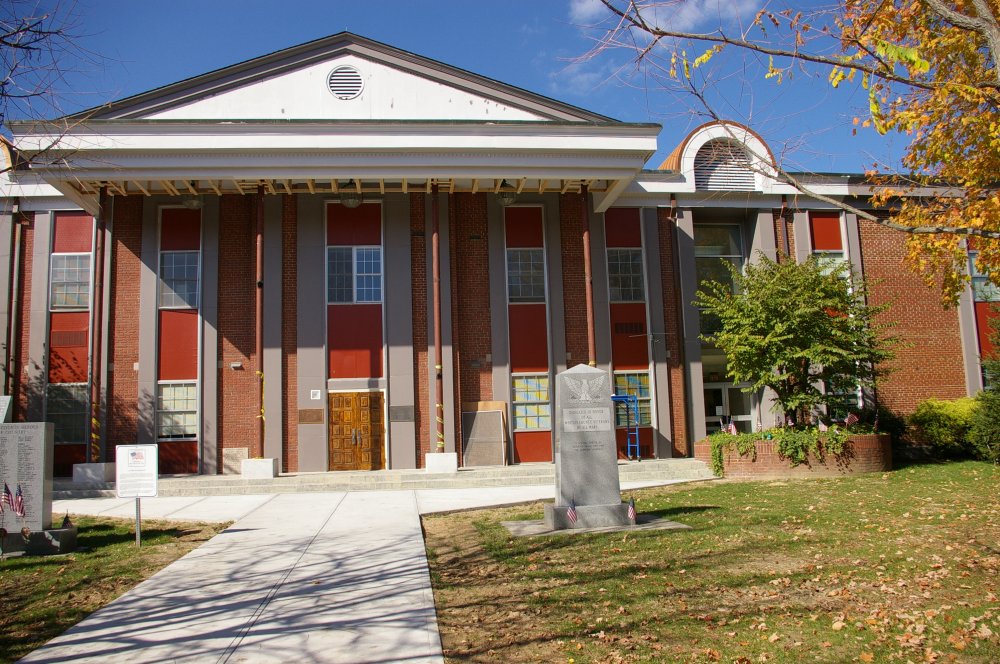 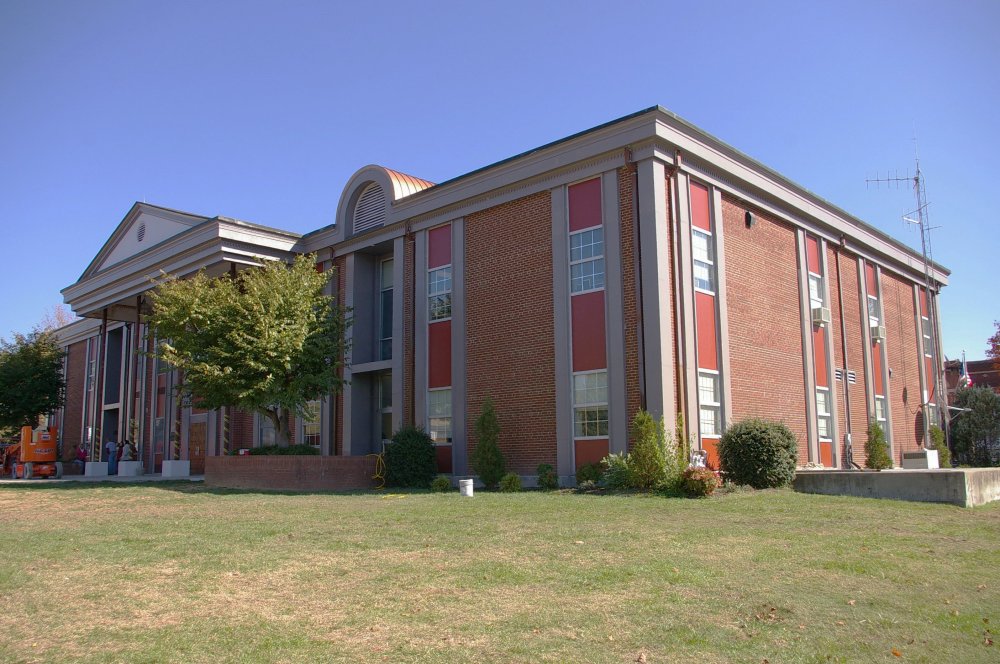 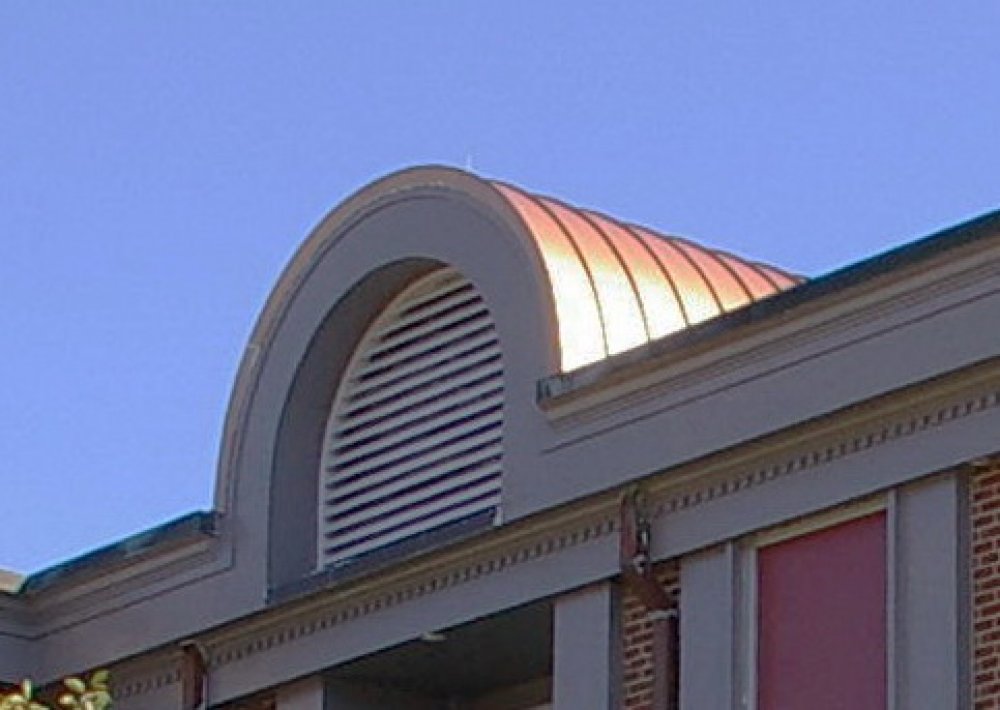 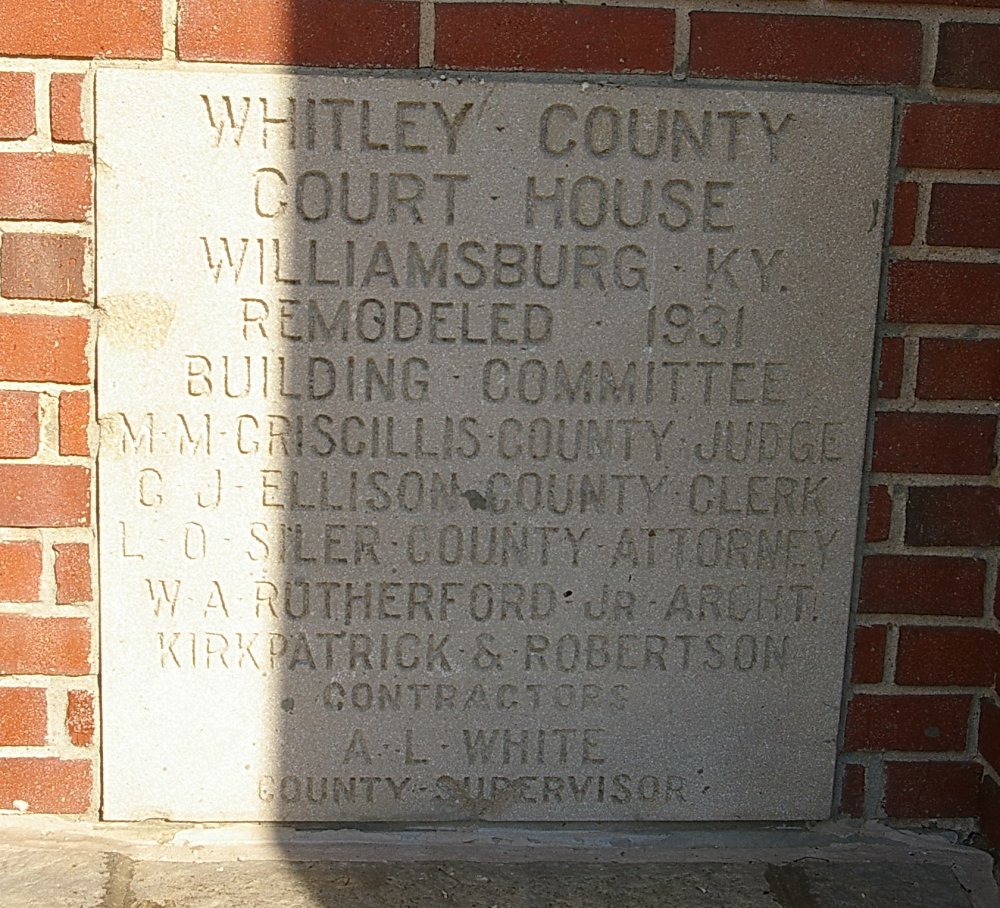 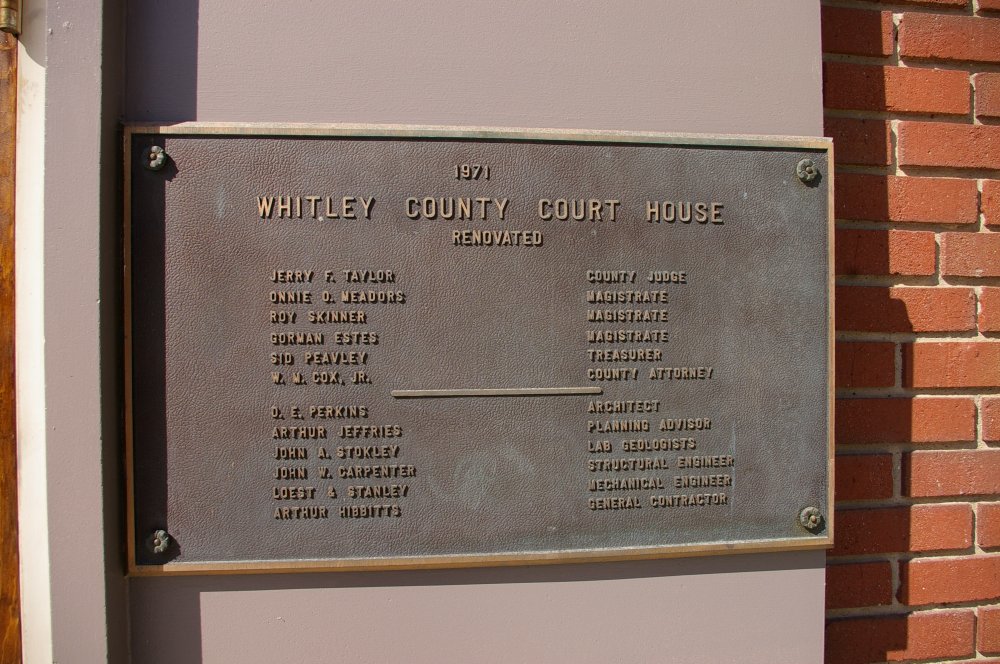 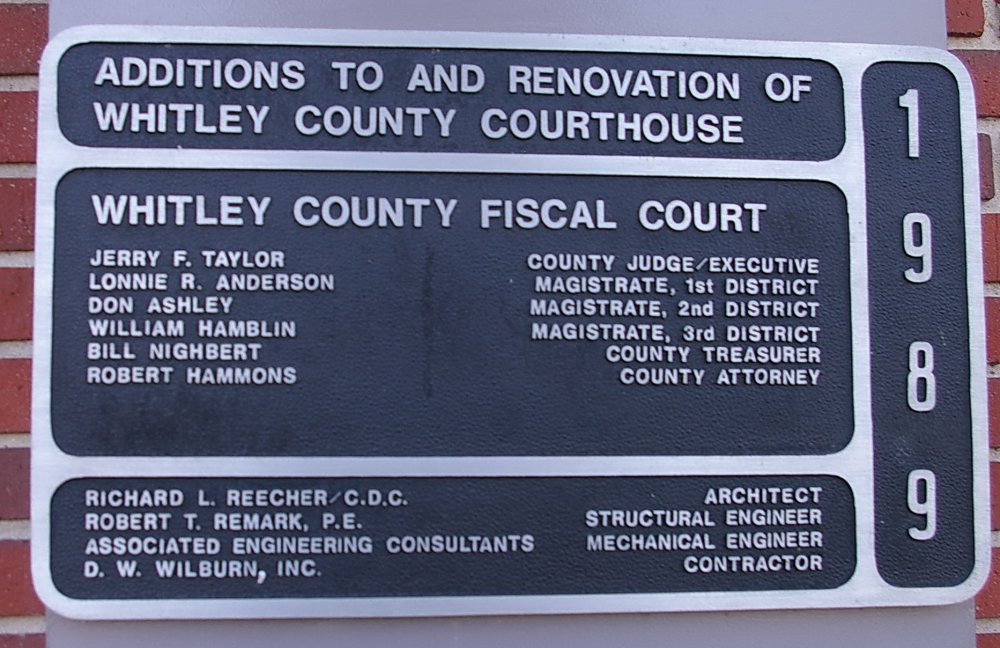