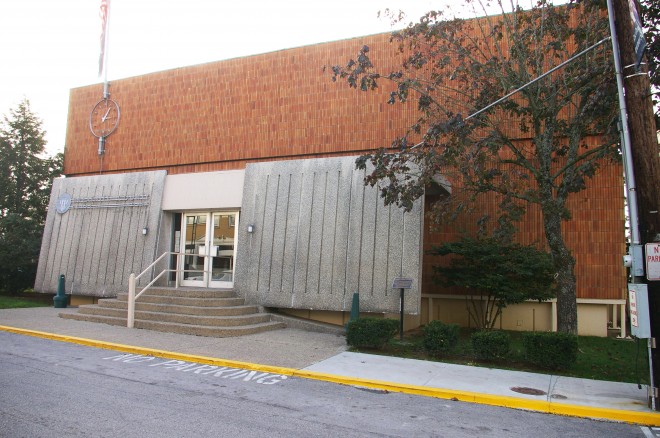 Breathitt County is named for John Breathitt, who was the Governor of Kentucky from 1832 to 1834.

Description:  The building faces northwest and is a two story red colored brick and concrete structure. The building is located on landscaped grounds in the center of Jackson. The northwest front has a gray colored concrete enclosed portico extending from the building with gray colored concrete with vertical lines on either side of the glass doorway. On the upper east section of the front is a clock. The building descends on the south down the hill. On the east side the windows are narrow and there is a large gray slab with vertical lines. The courtroom is located on the second story. Along the east side is a War Memorial courtyard and on the south side is the Old County Jail 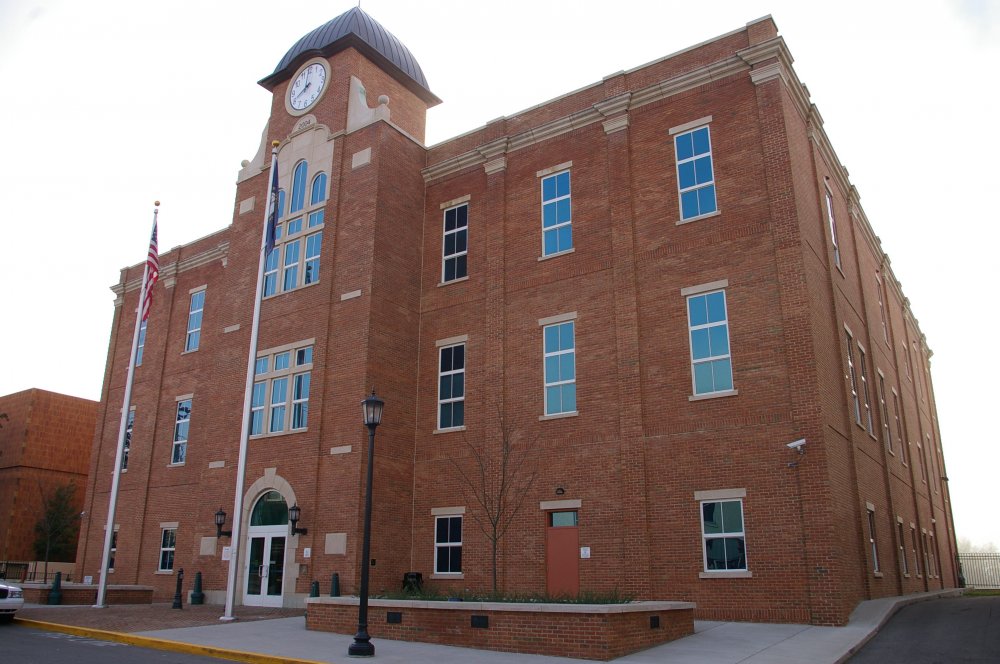 Description:  The building faces northwest and is a three story red colored brick and concrete structure..The building is located in the center of Jackson to the west of the courthouse. The building has a projecting central tower with clock above and the trimmed arched entrance on the first story. The roof line is flat. 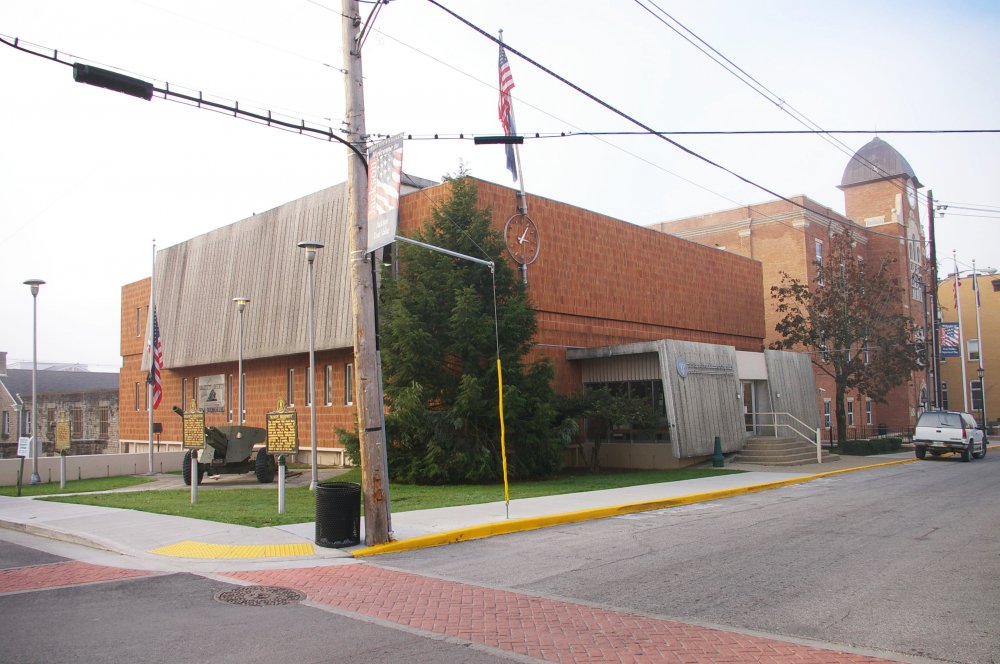 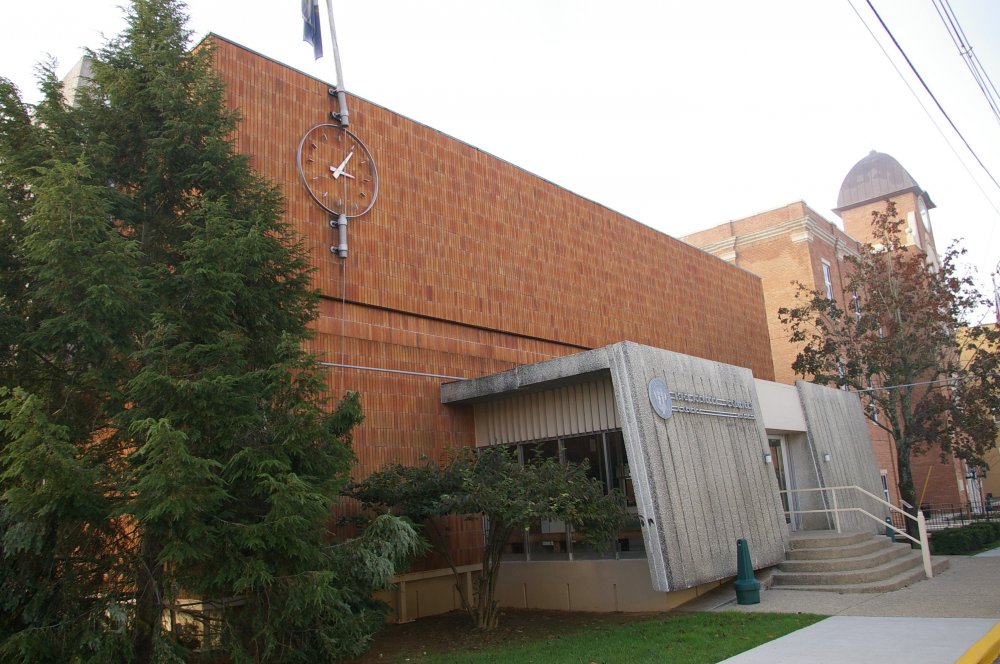 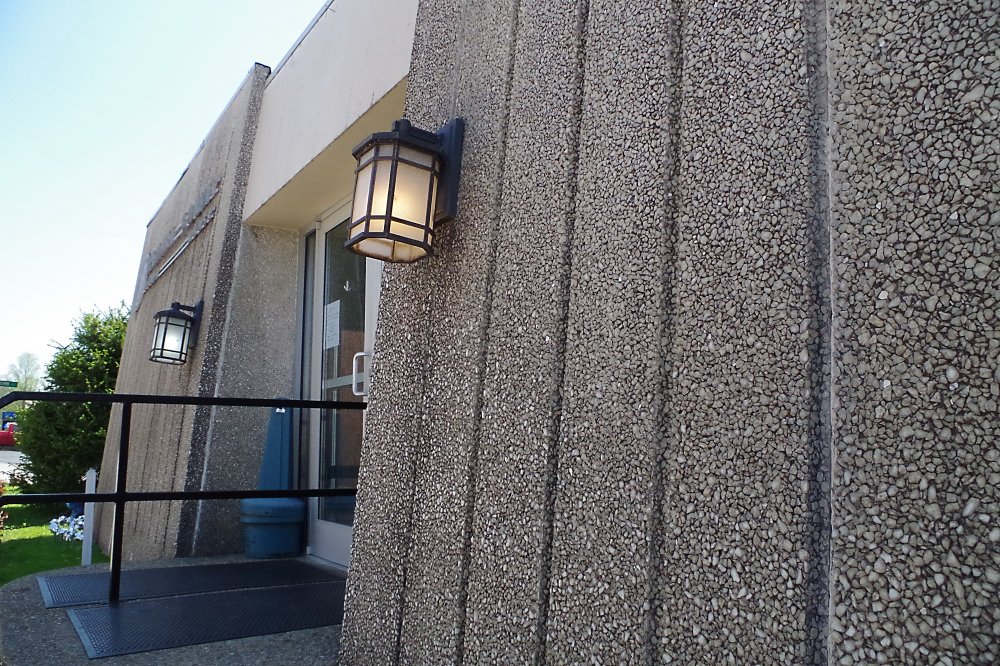 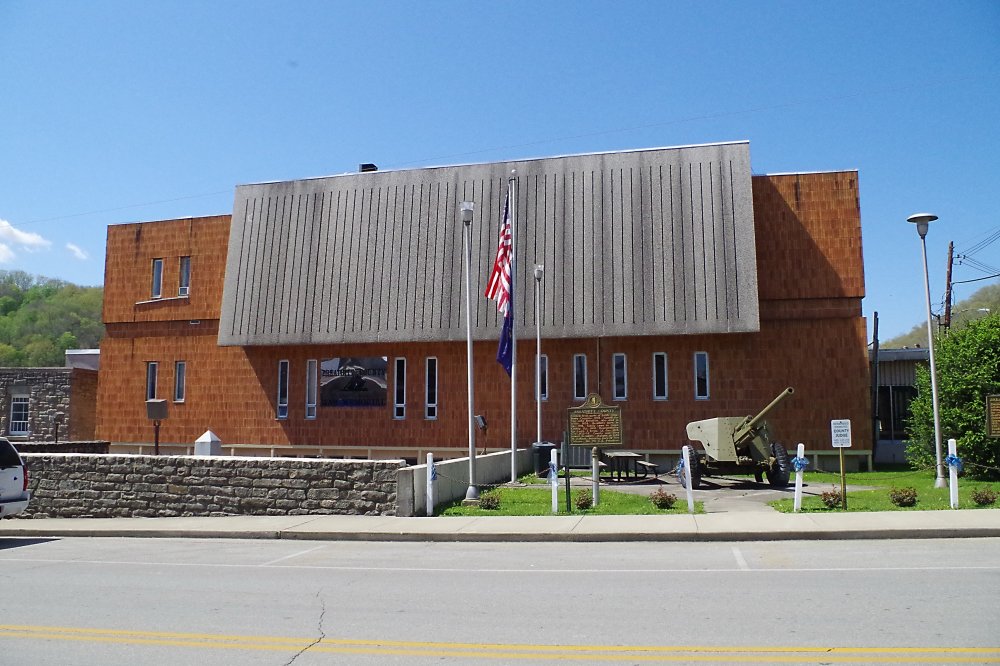 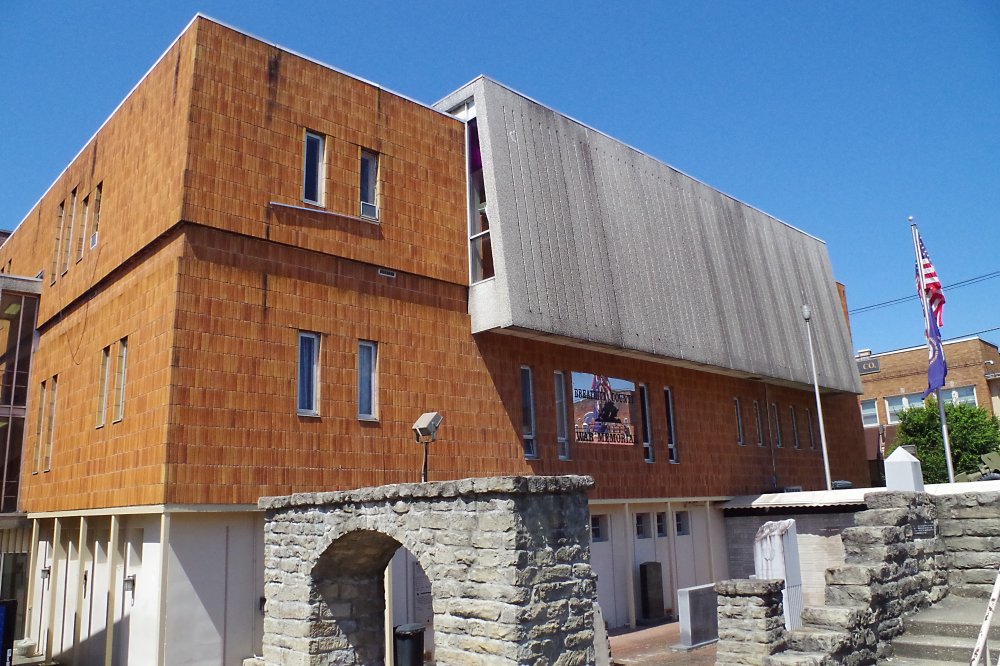 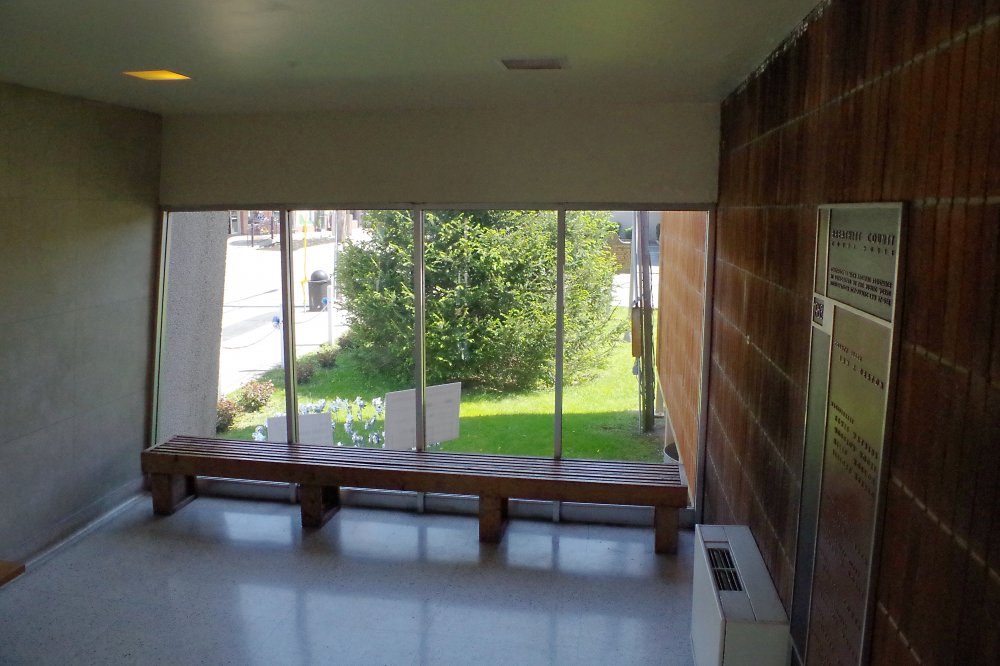 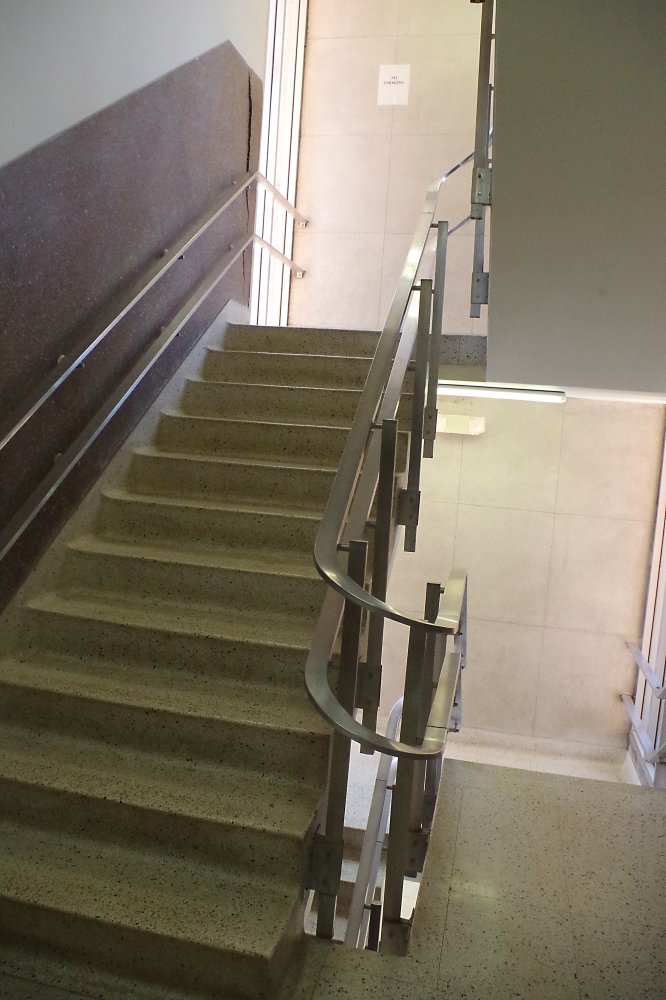 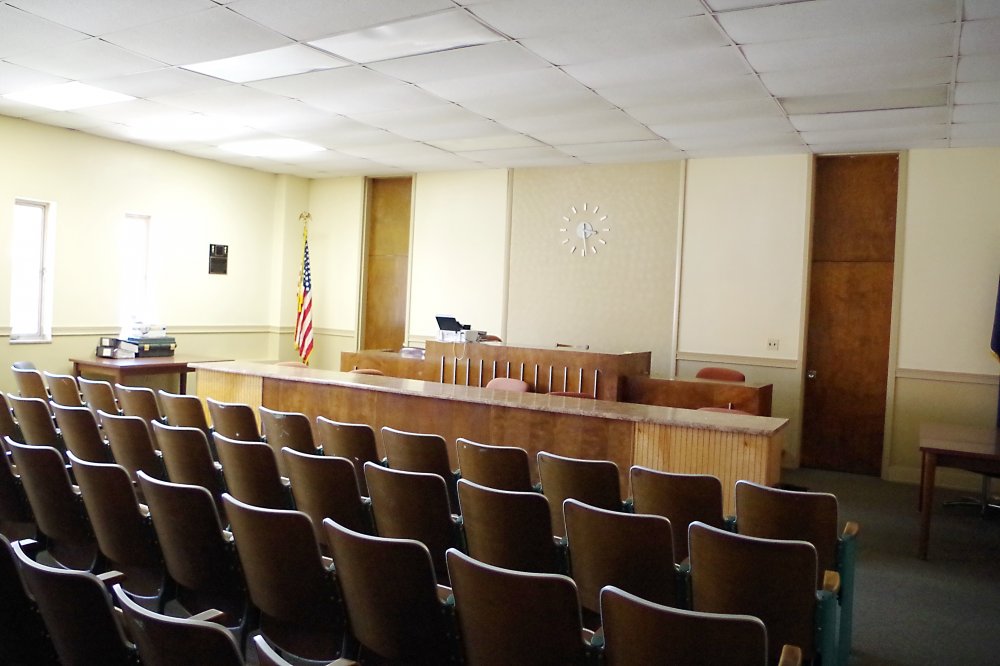 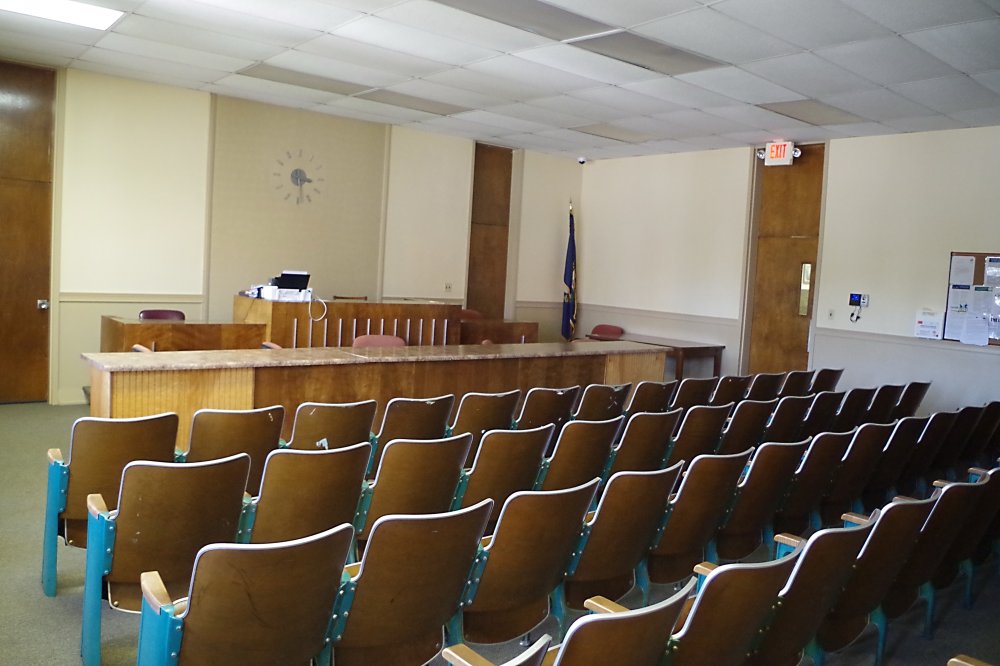 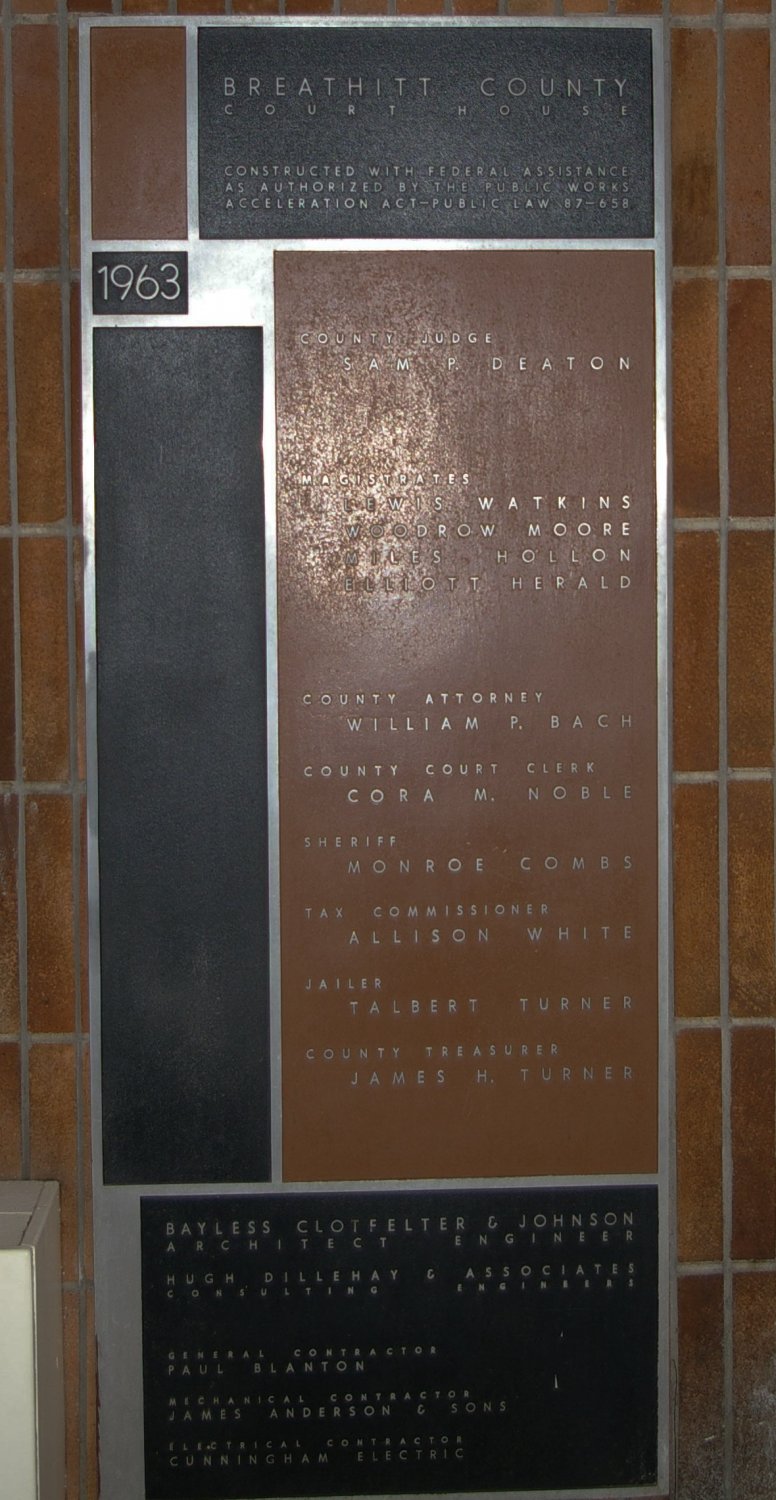 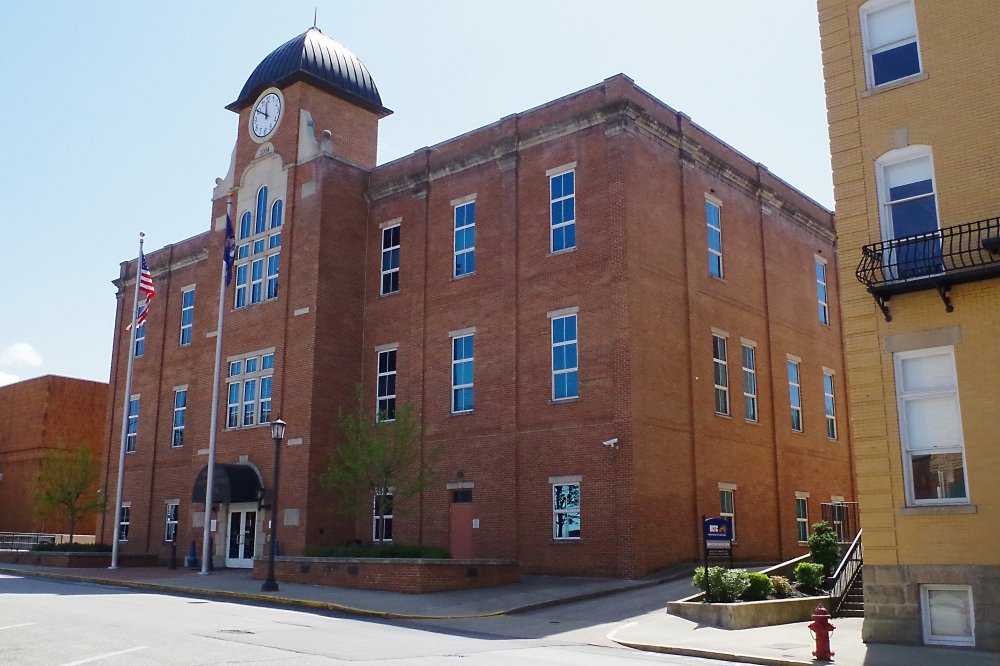