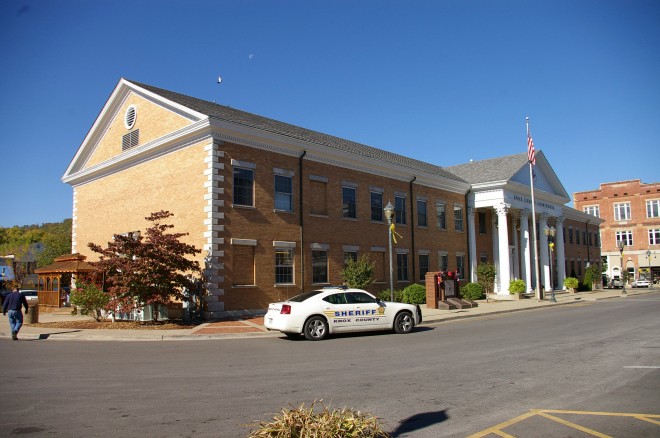 Knox County is named for Henry Knox, who was the United States Secretary of War from 1785 to 1794.

Description:  The building faces north and is a two story buff colored brick and concrete structure. The north front has a large portico supported by four large Corinthian columns rising to the pediment at the roof. In the center of the pediment is a clock. The roof is hipped. 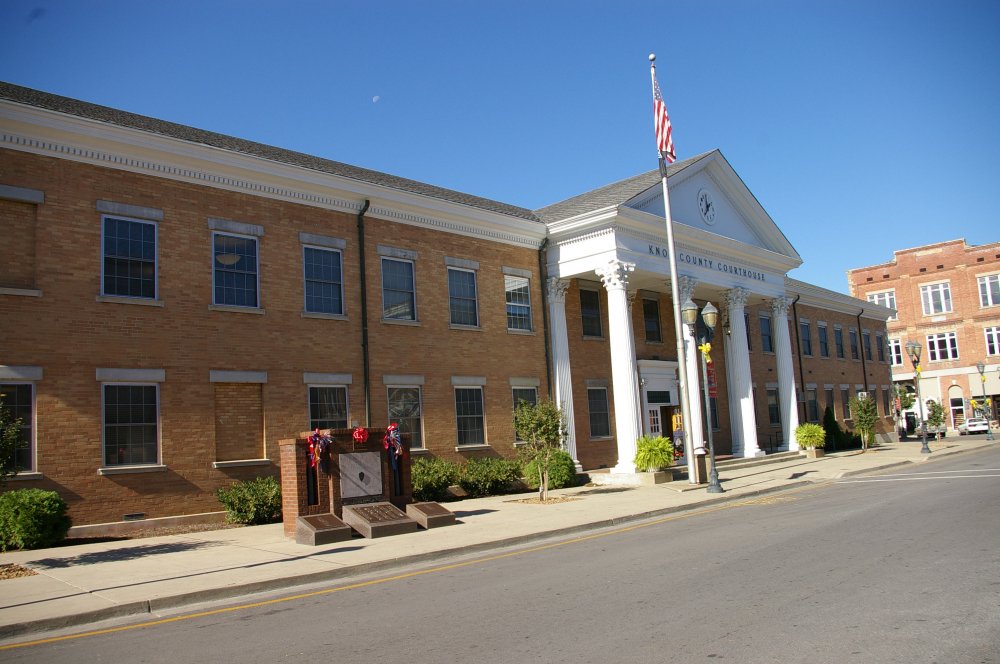 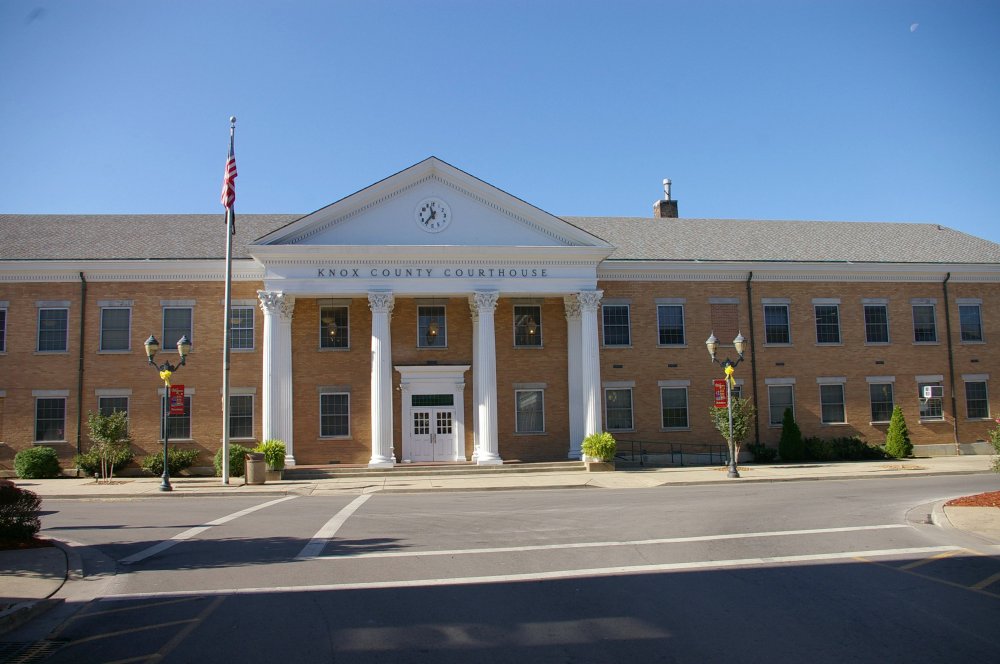 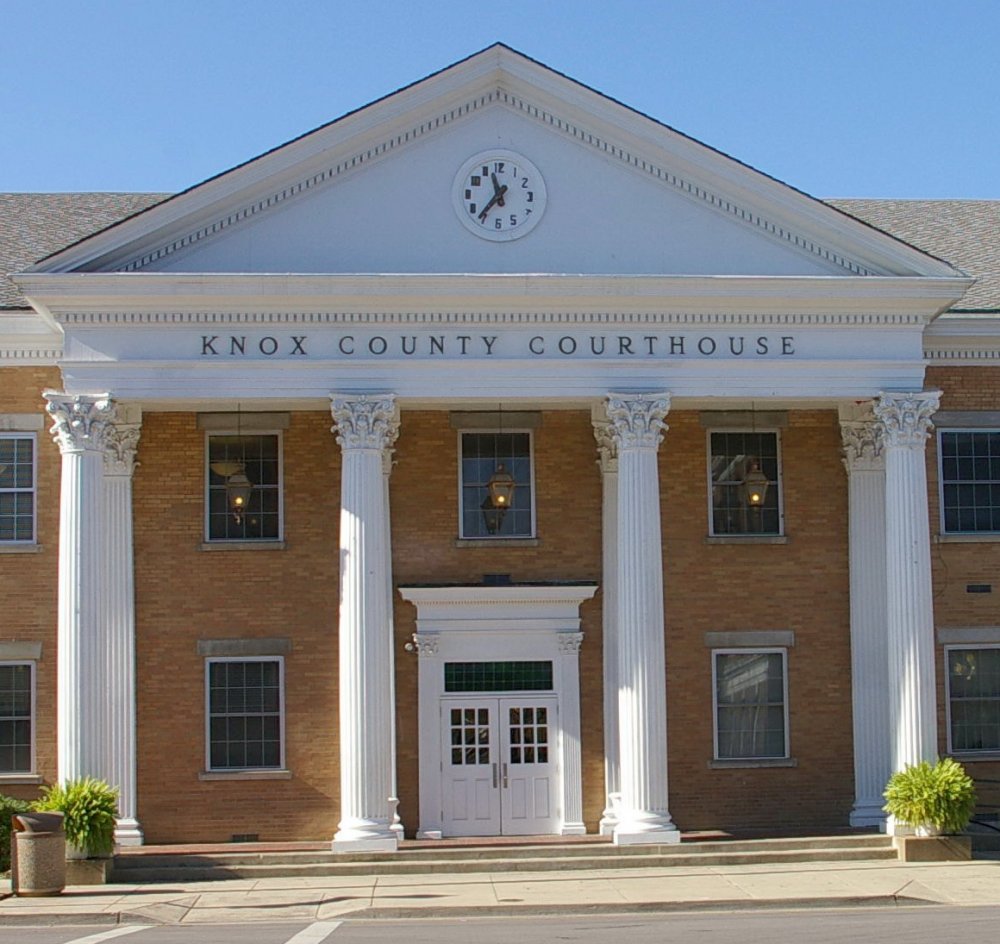 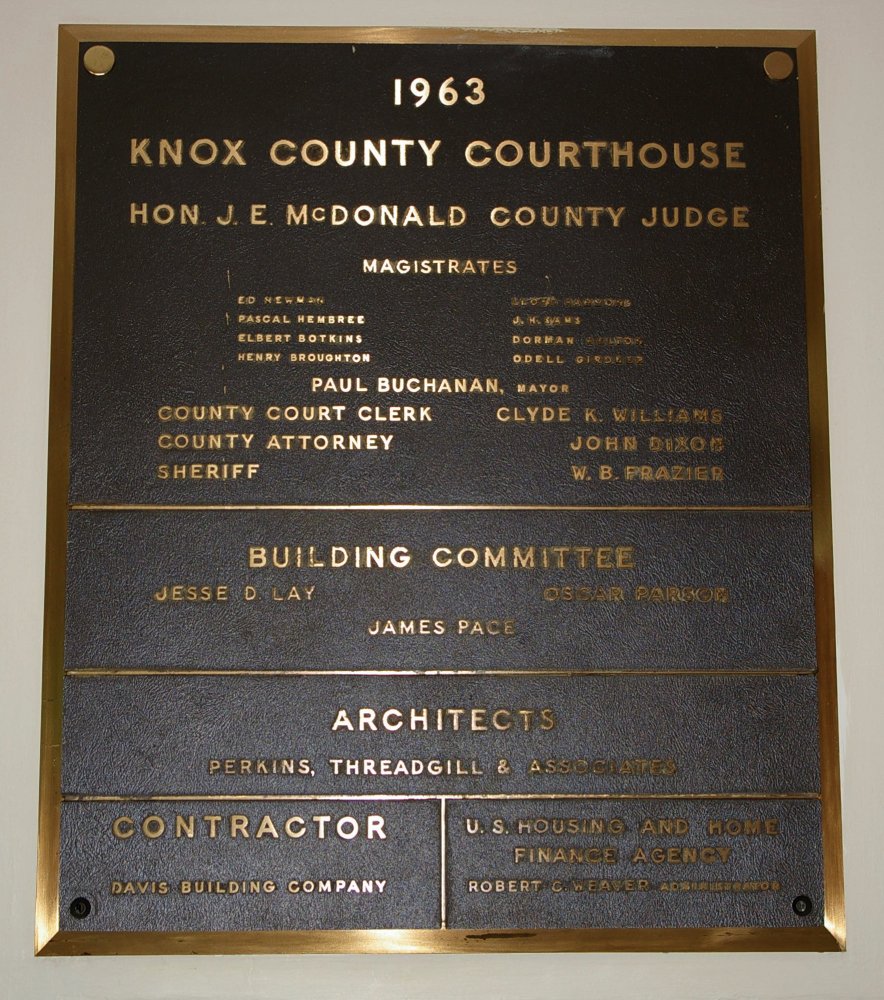