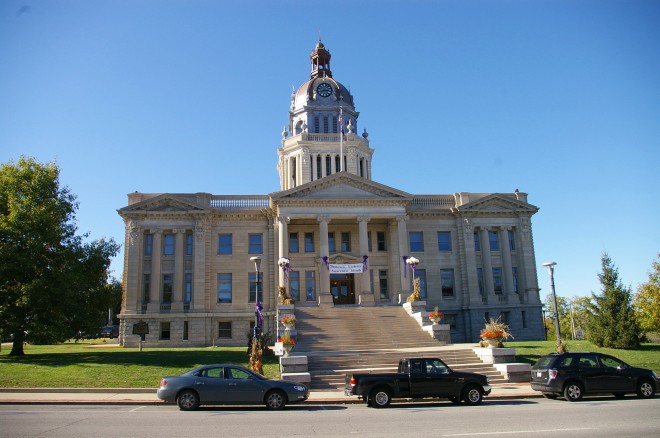 Bourbon County is named for the House of Bourbon which was the French Royal house.

Description:  The building faces east and is a two story stone and concrete structure. The building is located on landscaped grounds in the center of Paris. The building has a raised basement. The east front has a large portico supported by four large stone columns rising to the pediment at the roof. Below the portico are wide stone steps. The north and south sections of the building protrude slightly. A stone balustrade is along the roof line. In the center of the roof is a large dome rising in two tiers with a clock, black colored dome and small cupola at the top. In the interior 1s a rotunda and entrance lobby. On the first story are the County Court coutrooms and the Judge’s, Attorney’s and Sheriff’s offices. There is a divided stone stairway under the dome that leads up to the second story. Beneath the dome the four walls are decorated with panels depicting the four seasons. The winter scene shows hemp breaking. The panel spring displays livestock: horses, cattle, sheep, pigs, and poultry. Summer is blue-grass stripping, and autumn, tobacco. On the second story is the Circuit Court courtroom. Over the Judge’s bench is a half-moon shaped mural with Justice in the center, flanked by two other allegorical figures. The building houses the County Circuit Court and County District Court of the 14th Judicial District.

Note:  The architect Frank Pierce Milburn of Washington, DC. later designed the South Carolina State Capitol and used the Bourbon County Courthouse as his inspiration. He originally designed the building as a proposal for a new State Capital of Kentucky in Frankfort. 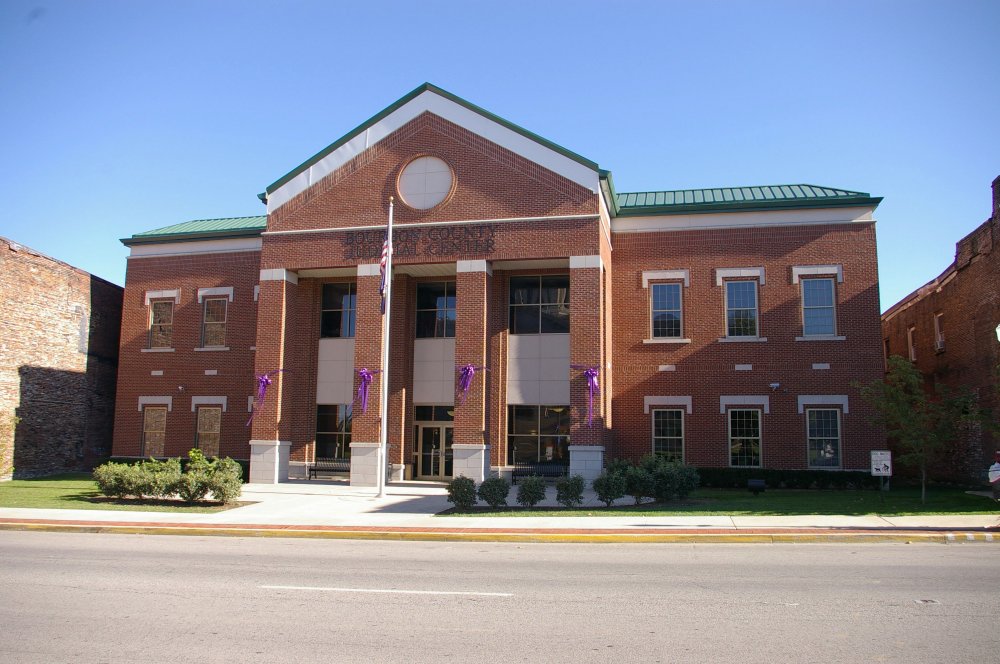 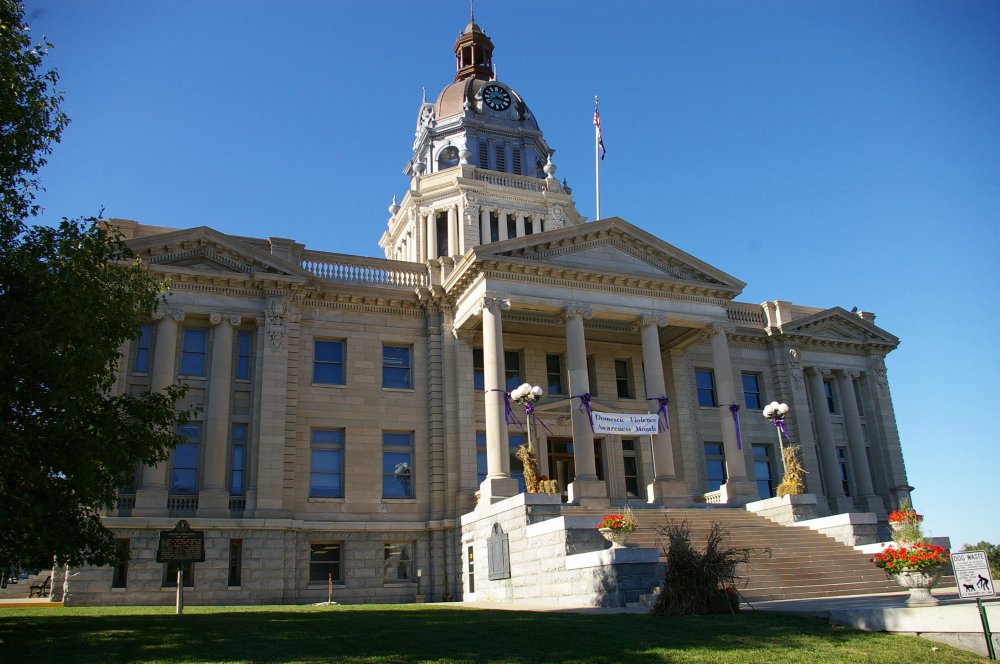 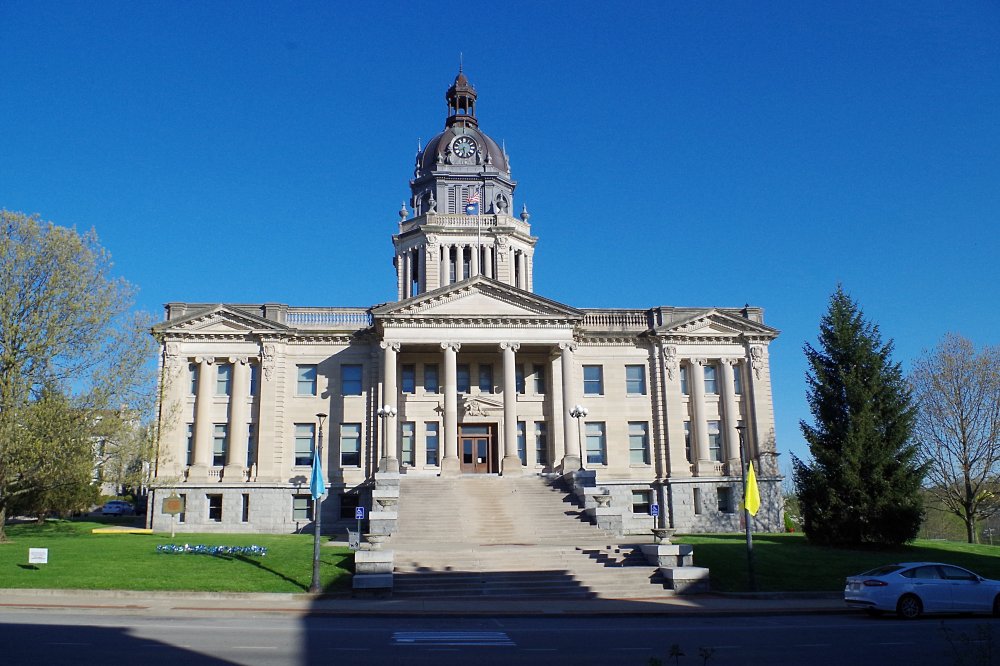 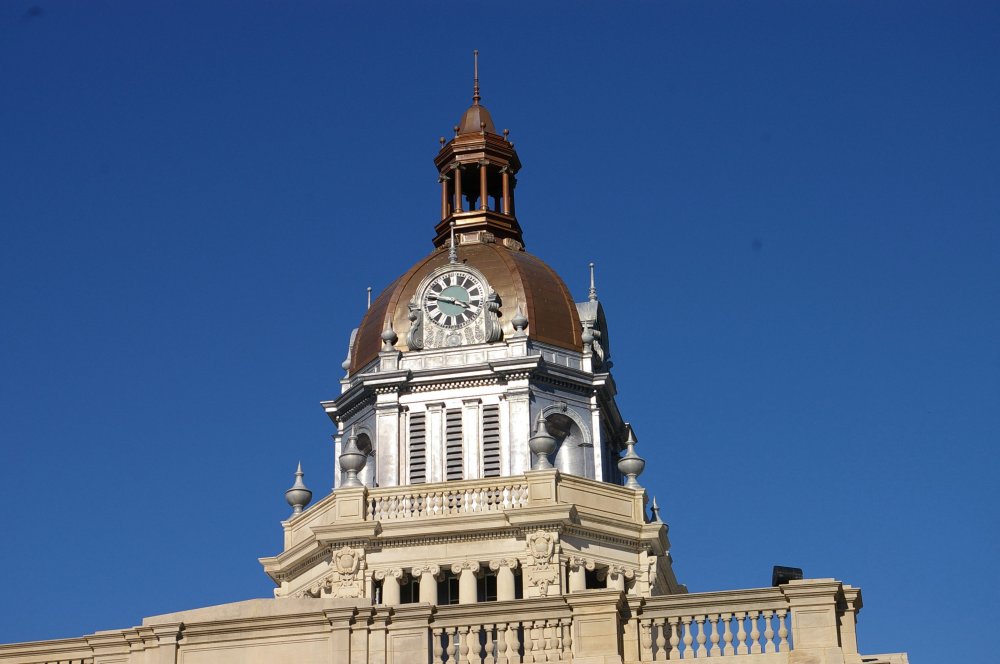 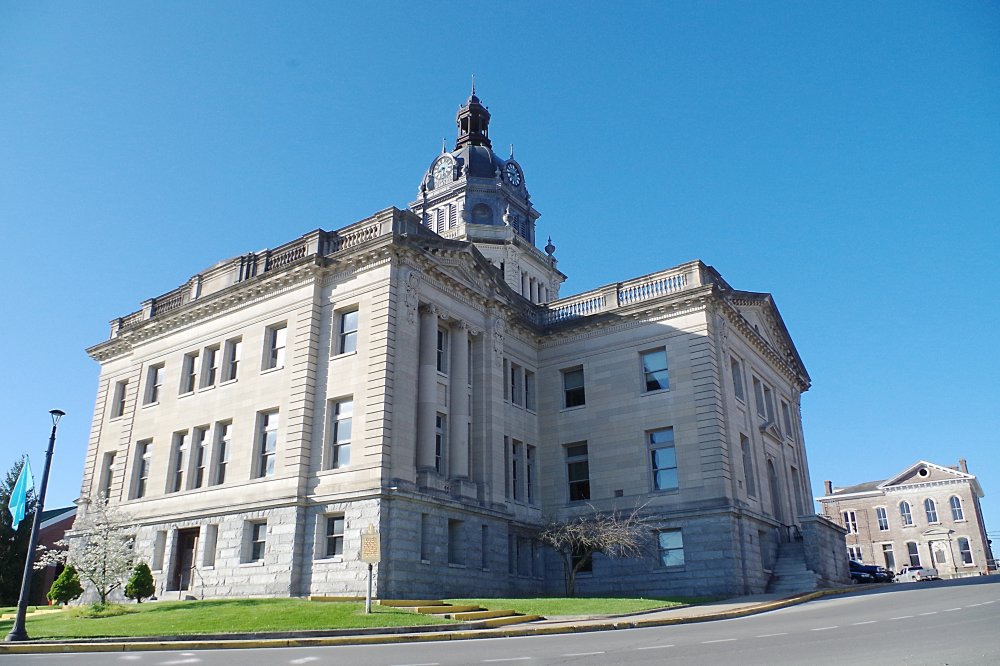 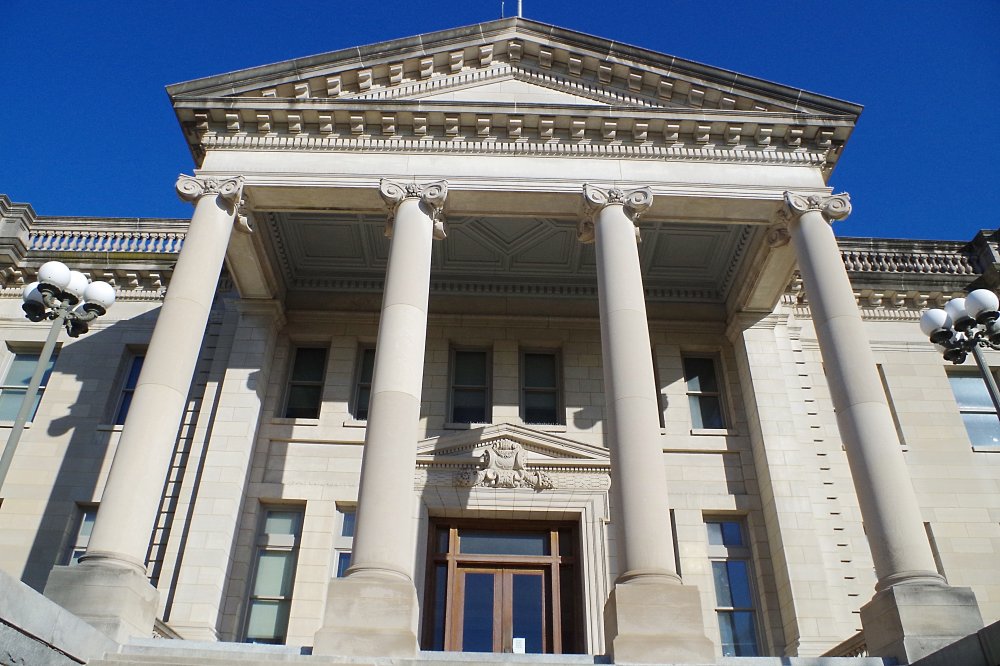 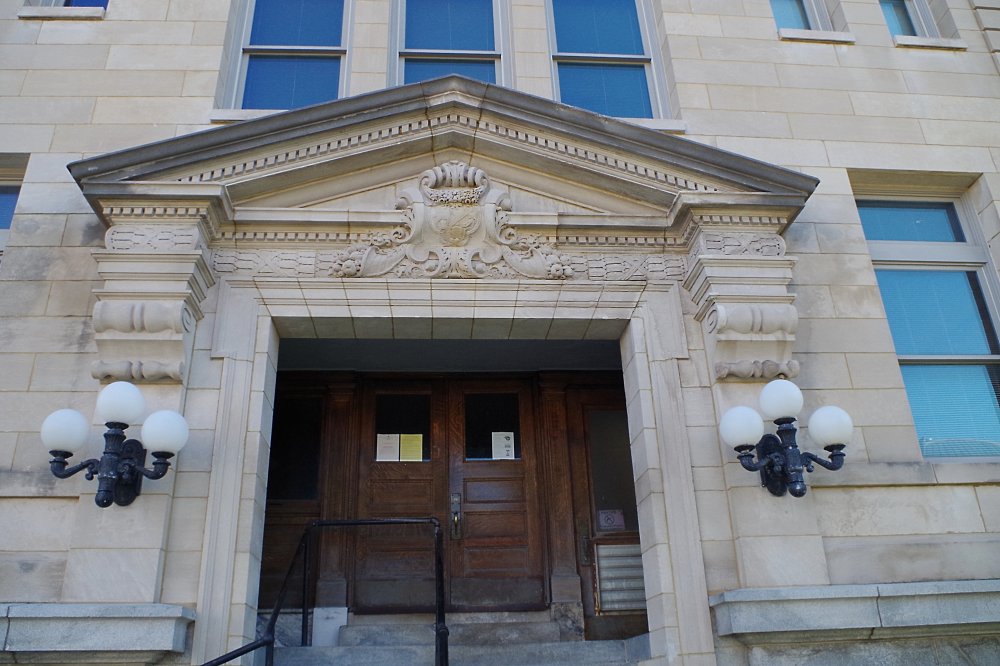 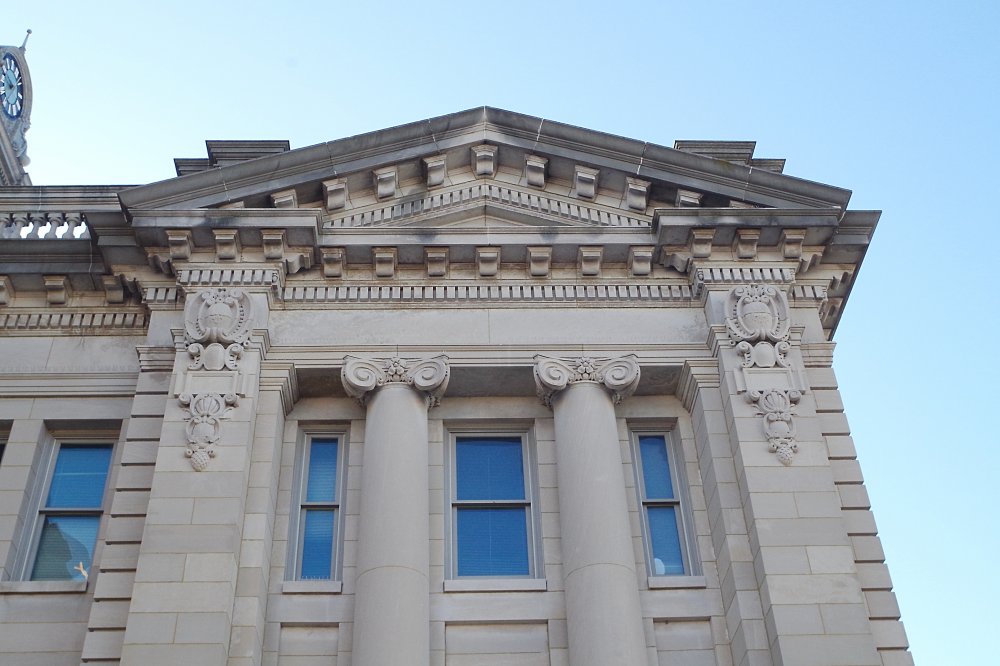 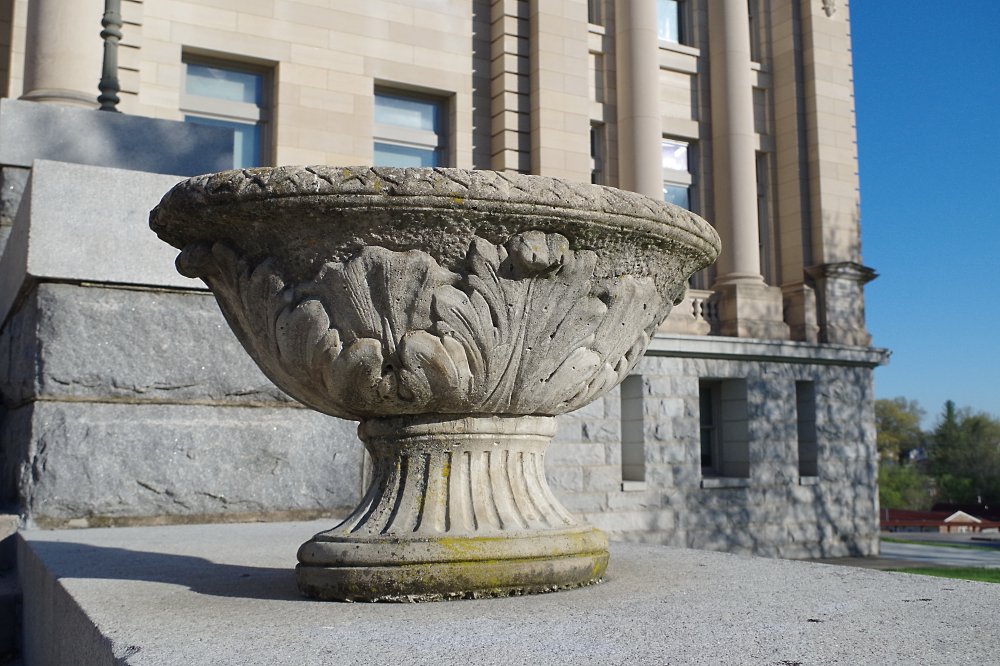 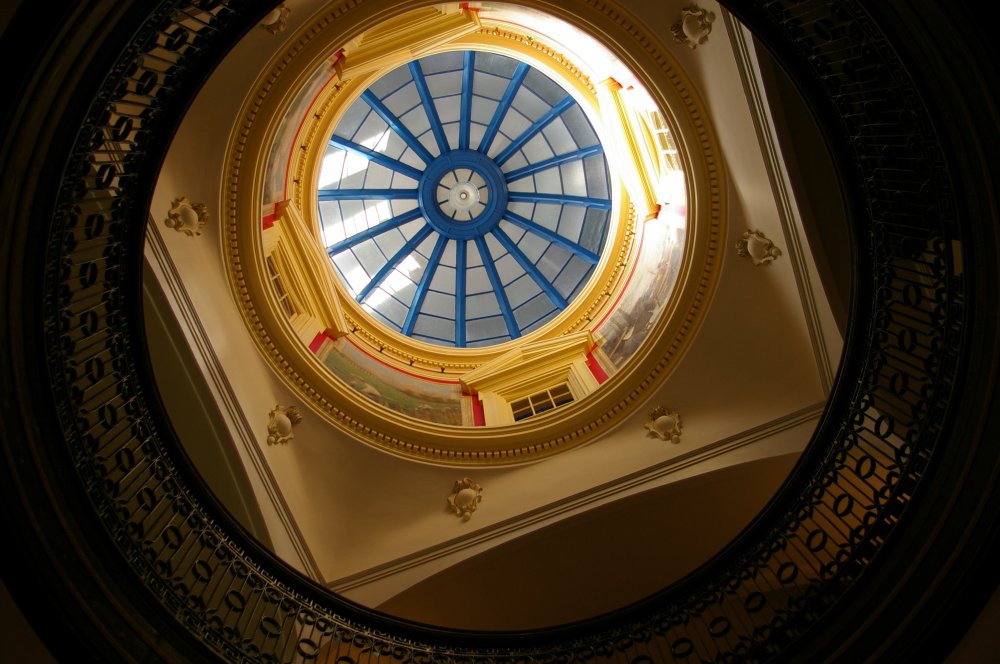 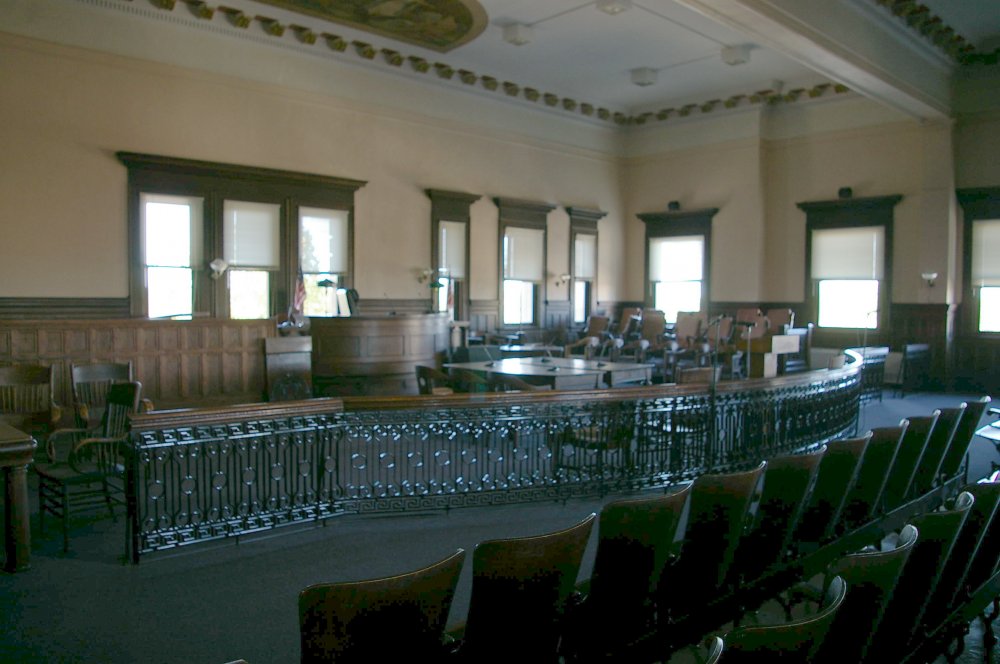 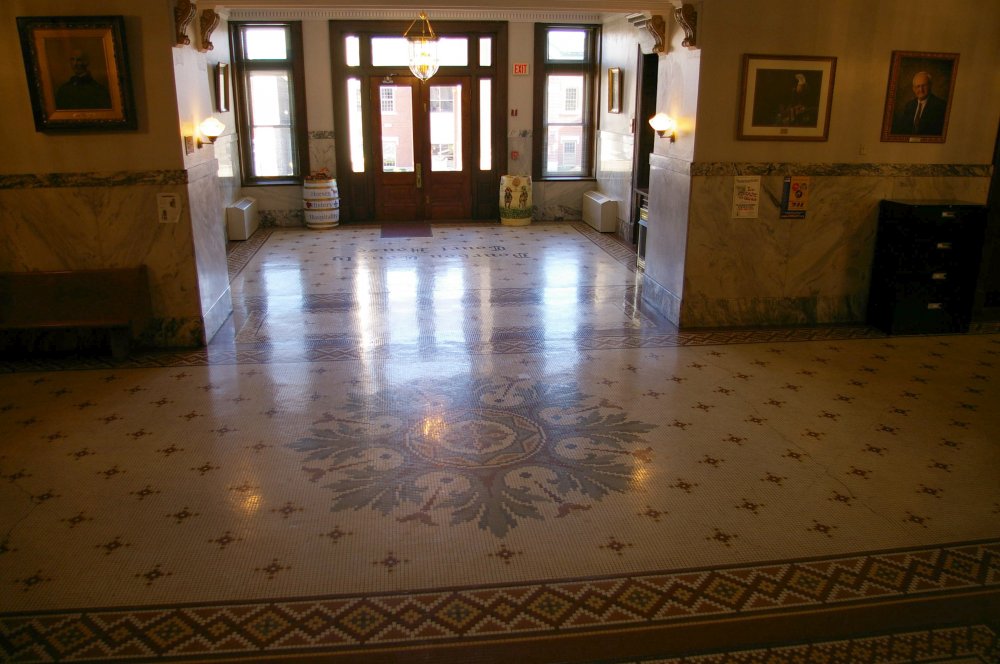