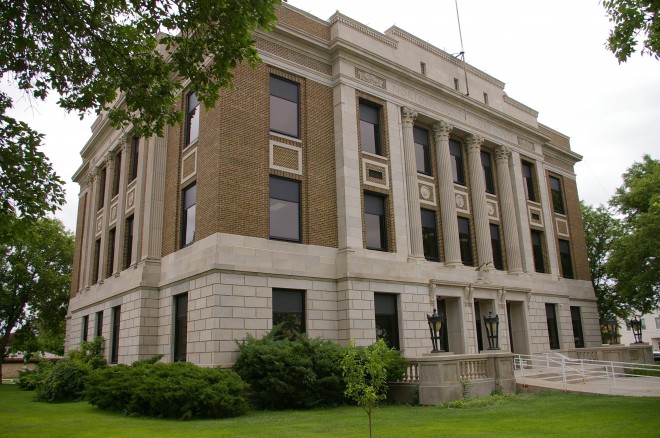 Norton County is named for Orloff Norton, who was captain of Company L fifteenth Kansas cavalry, killed at Cane Hill, Arkansas on October 29, 1865. 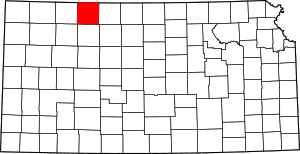 Description:  The building faces west and is a three story brown colored brick, stone and concrete structure. The rectangular shaped building is located on landscaped grounds of the Courthouse Square in the center of Norton. Along the west front are four large Corinthian columns rising from the second to third story. The entrance has three stone framed doors. The first story has a white colored stone base. There are stone cornice molding supported by stone brackets over each of the entrance doors in the east, west, and south elevations. The roof line is flat with dentillation on the cornice of the raised parapet wall. In the interior, there is a large vestible on the first story. The courtroom is located on the west side of the third story and has a large painting of “Justice”. The building houses the County District Court of the 17th Judicial District.

History:  The county was created in 1873 and Norton was selected as the county seat in 1882 when the county was organized. The county used rented premises until 1889. The first courthouse was a two story red colored brick structure built by Kuhn & Walker in Norton in 1888. The building was destroyed by fire on December 1, 1926. The second and present courthouse was constructed in 1929 to 1930 at a cost of $208,576 which included the jail. 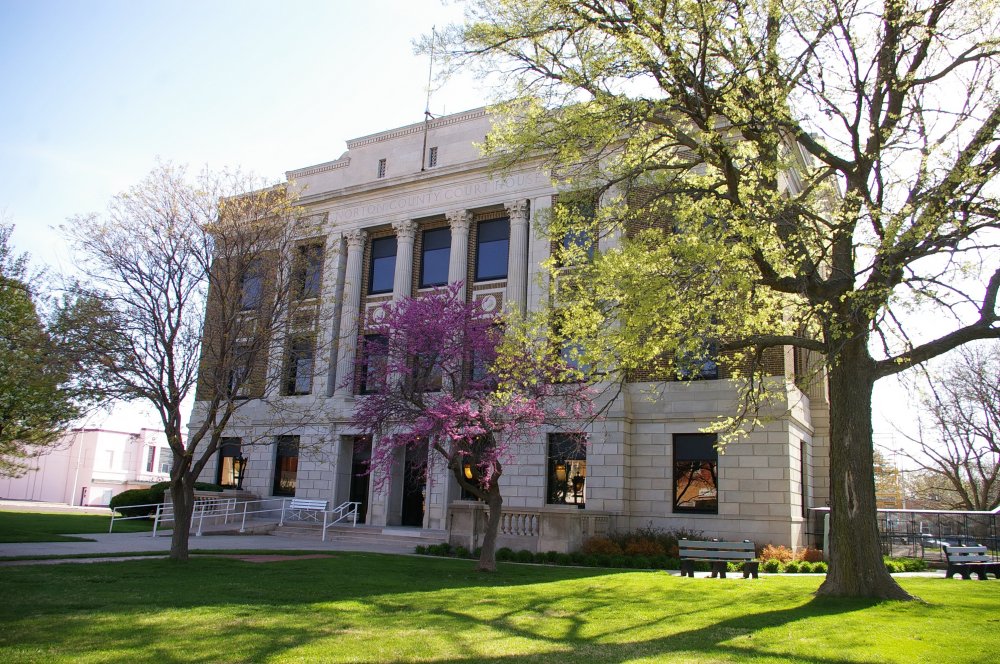 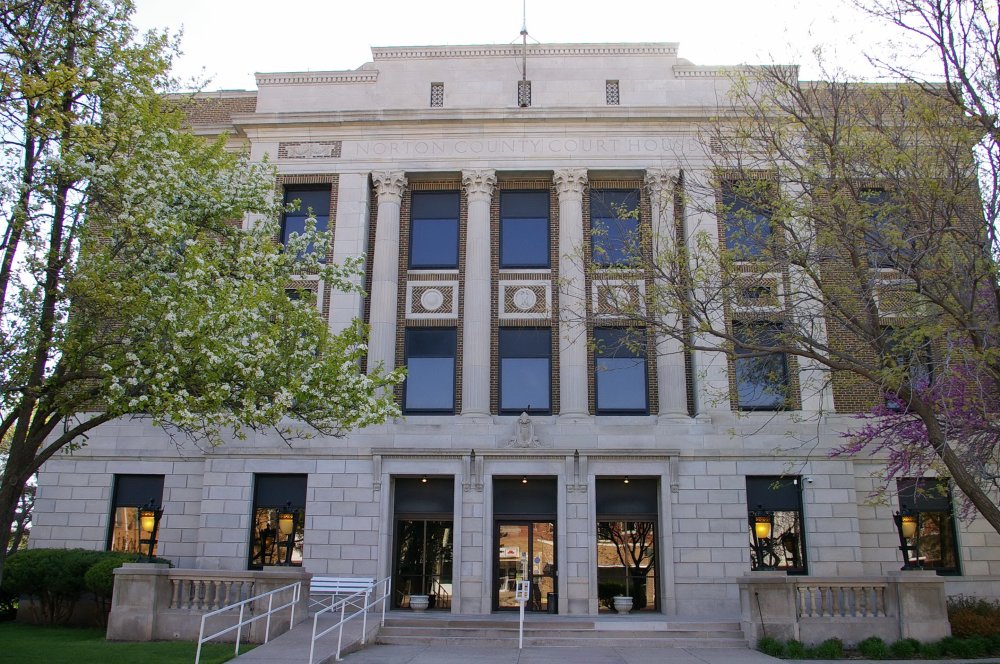 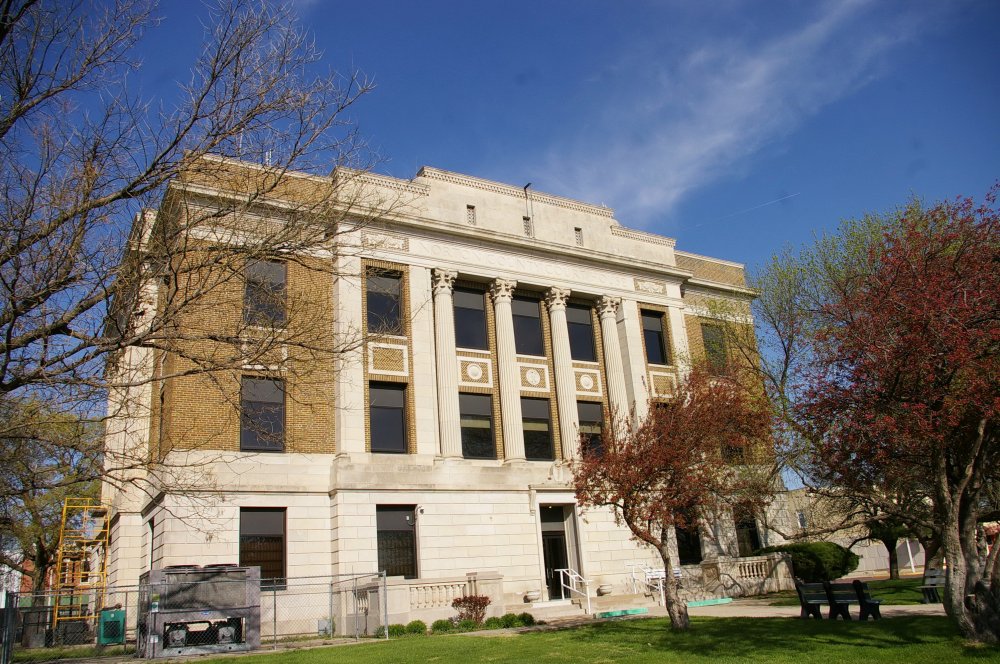 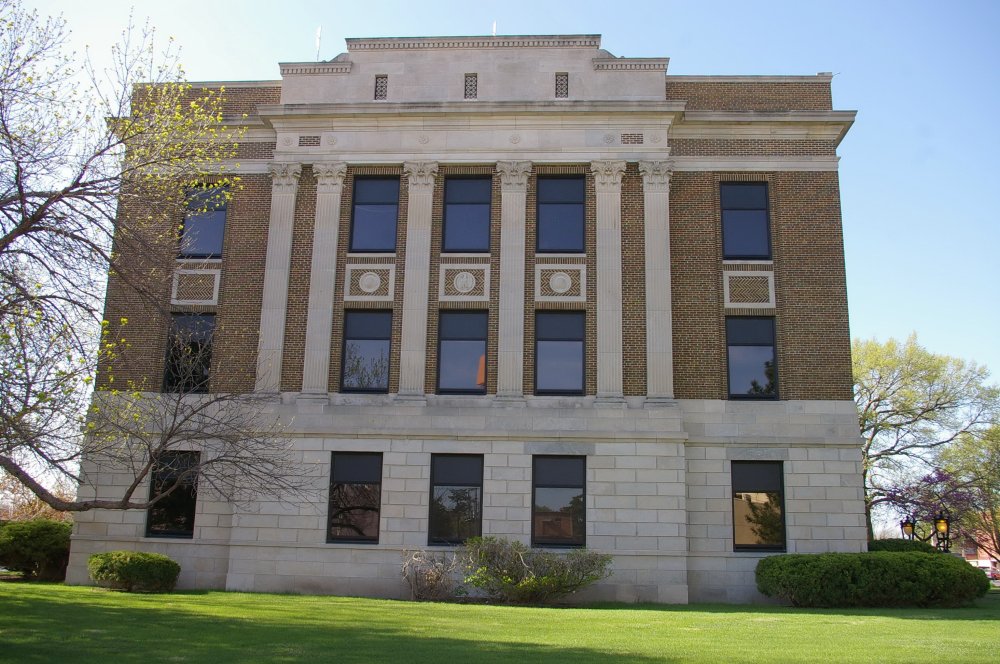 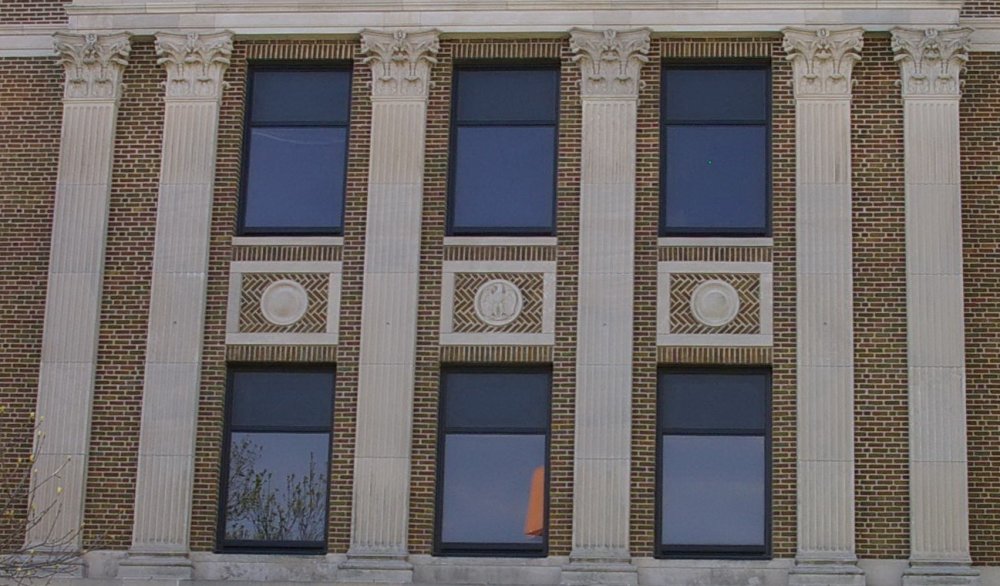 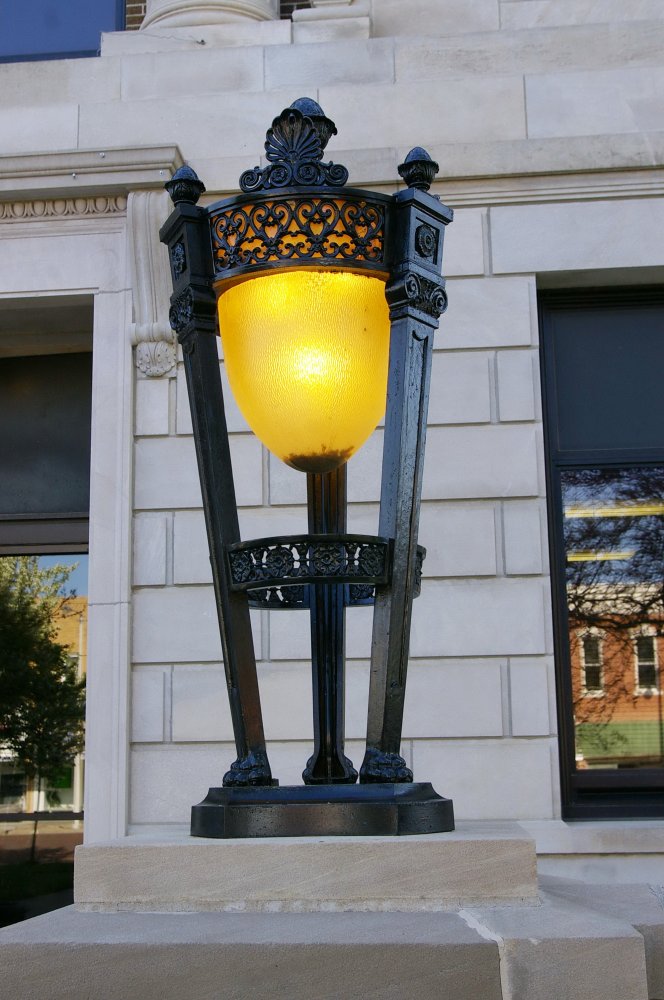 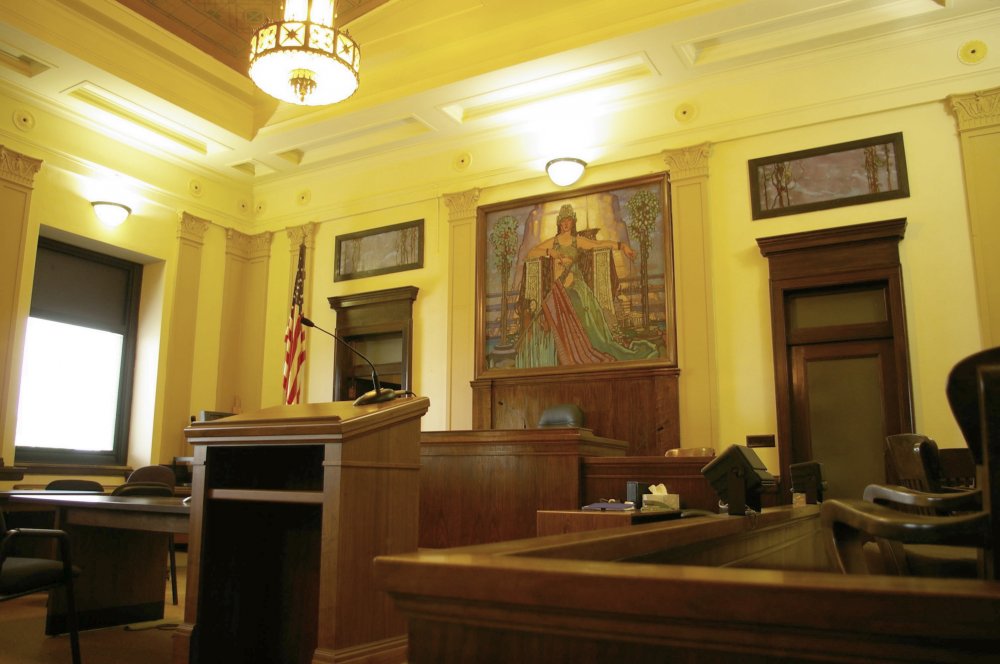 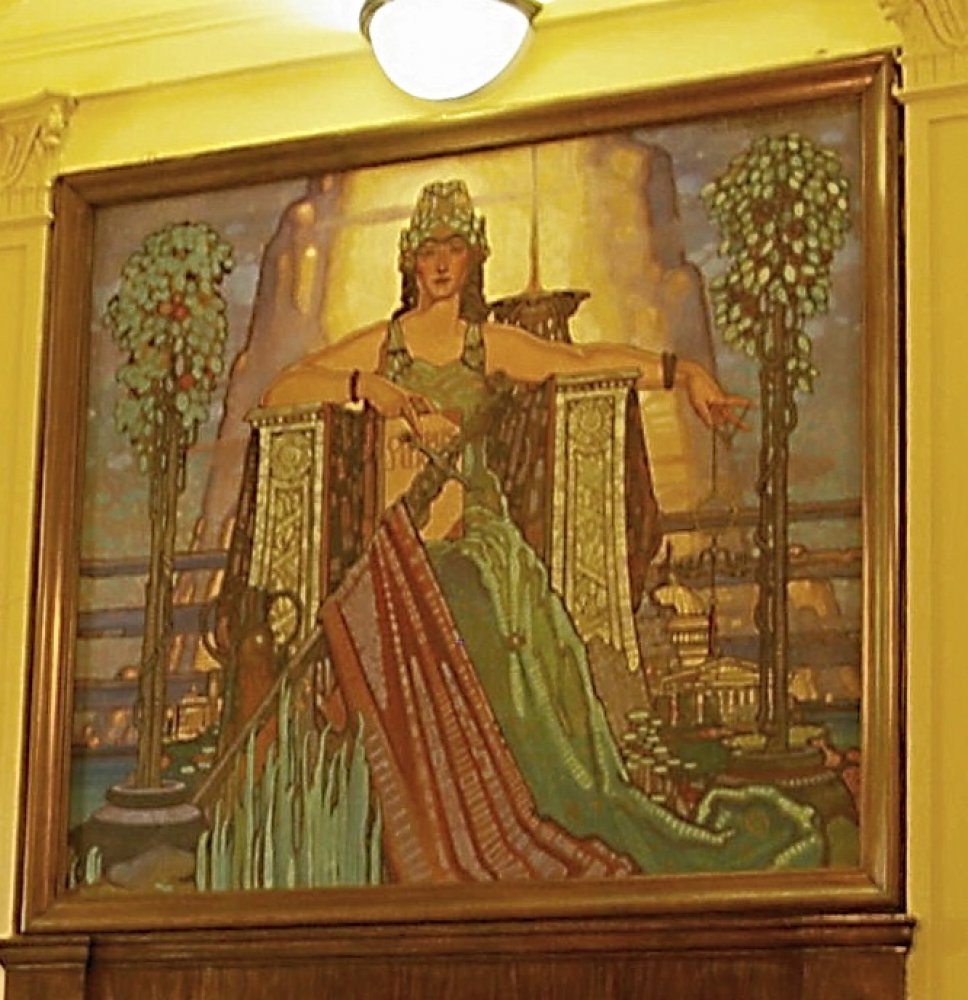 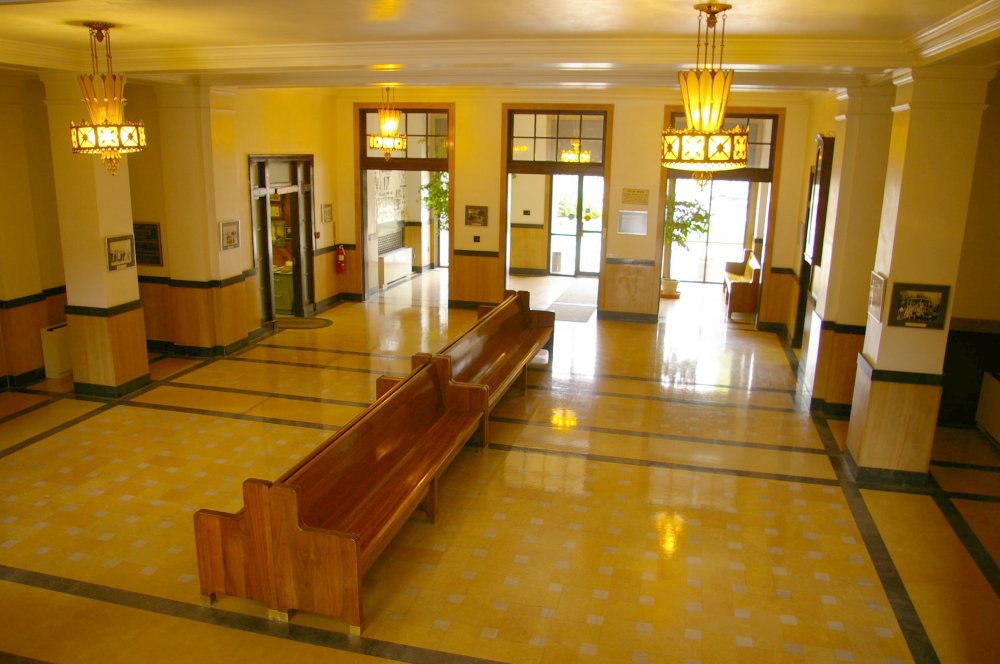 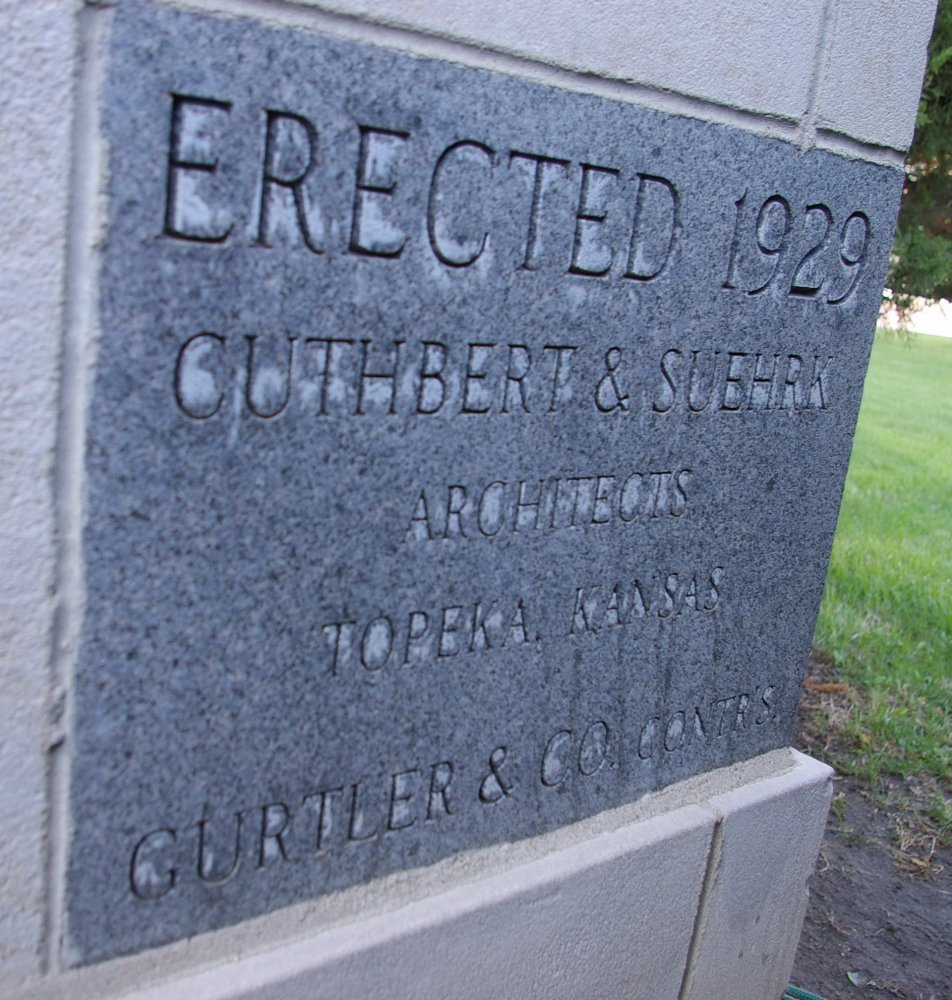 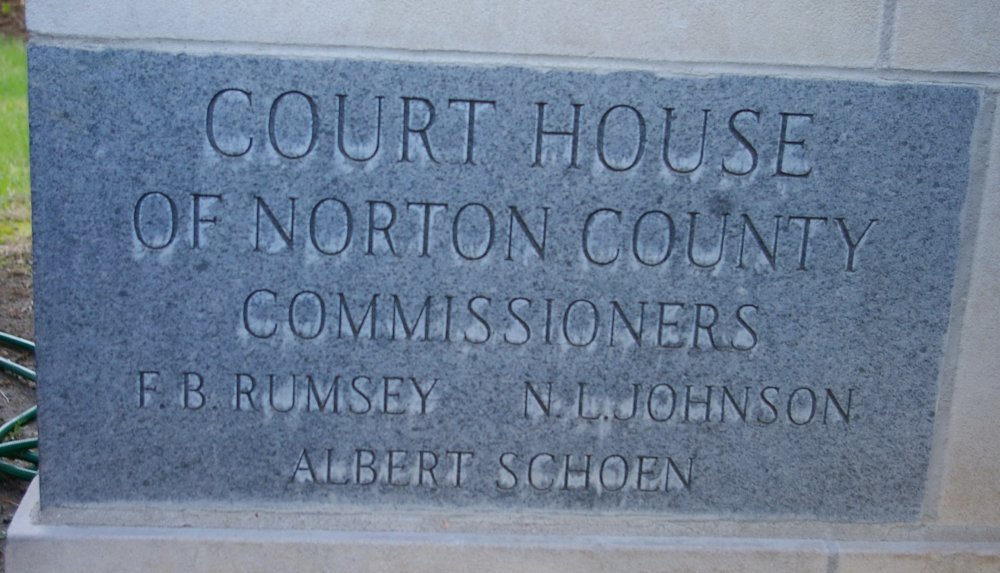