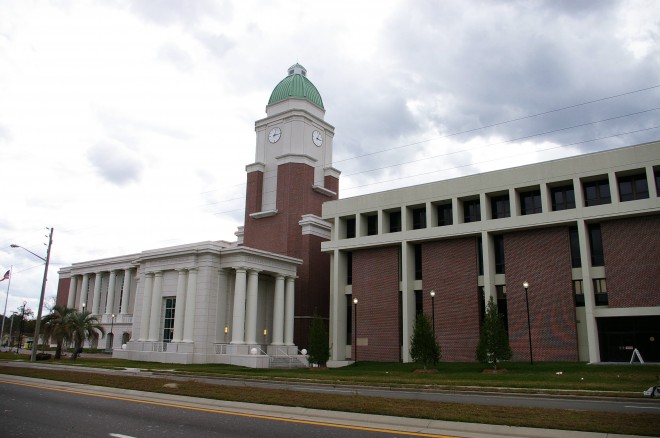 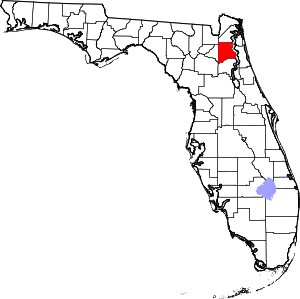 Description: The building faces east and is a four story red colored brick, concrete and glass structure. The building is located on landscaped grounds in the center of Green Cove Springs. The center section projects from the main building and has four columns on each of the three sides. Behind the entrance rises a square red colored brick and concrete clock tower with green colored dome. The building houses the Circuit Court of the 4th Judicial Circuit and County Court. The north wing has a dark red colored brick façade divided by vertical concrete dividers and square horizontal opening running below the roof line. The south wing has arches along the first story and columns rising from the second to third stories. In 1980, the third and fourth stories were added. The architect was Bhide & Hall of Orange Park and the contractor was Robert Gay Construction Company of Jacksonville. The building was remodeled in 1993. The architect was Bhide & Hall of Orange Park and the contractor was Nelson Construction Company of Jacksonville. In 2006 to 2008, the west section was constructed. The architect was Spillis Candela DMJM and the contractor was Elkins Constructors, Inc.

Note:  In 1972, the original north section was a two story structure. In 1980, the third and fourth stories were added. In 2008, the south section, clock tower and the projecting entrance sections were constructed. 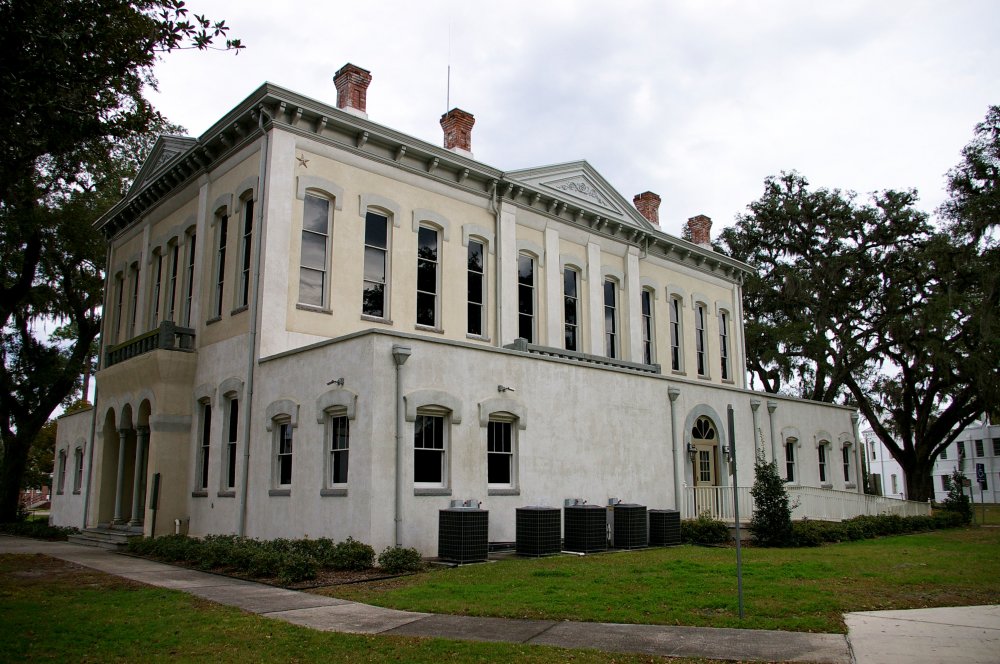 Architect:  A E McClure of Jacksonville

Description: The building faces north and is a two story buff colored brick and stucco structure. The building is located on landscaped grounds on the west side of the center of Green Cove Springs. The north front has a projecting central entrance with three arches on the first story. On the east and west are one story wings. The windows are narrow and vertical. The roof is hipped.  The building was extended in 1911. Near the building is the old white colored brick jail which was constructed in 1894. 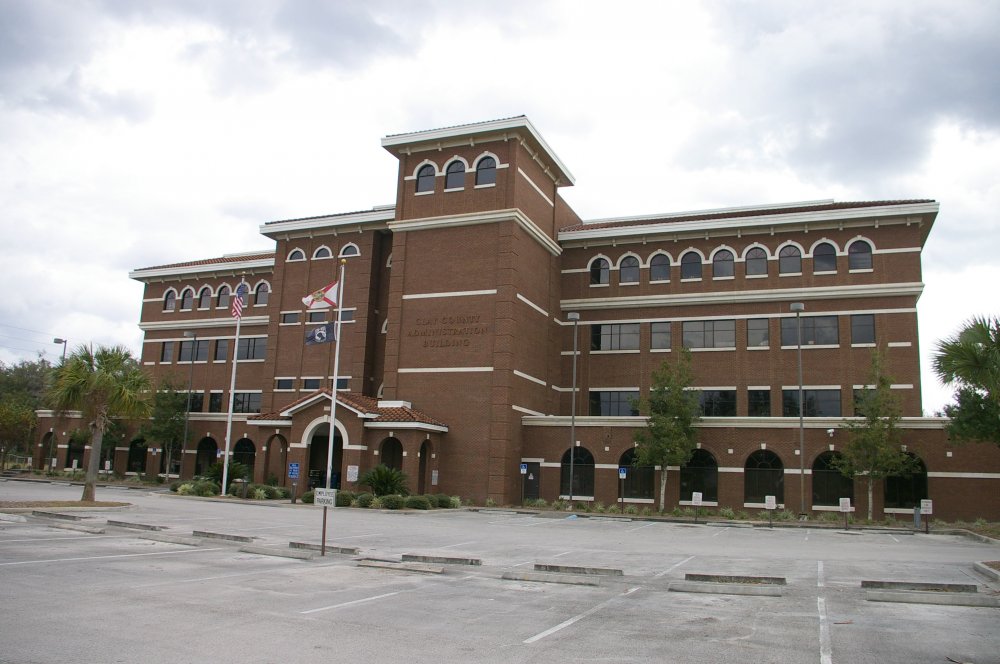 Description: The building faces northwest and is is a four story brown brick and concrete structure. The building is located on landscaped grounds in the center of Green Cove Springs to the south of the courthouse. The northwest front has a central projecting porch with two large square towers behind. The west tower rises five stories and the east tower rises four stories, The first story has a one story section along the northwest front with arches. The upper story has a white colored horizontal band framing the top of the arched windows. A white colored band runs along the flat roof line. 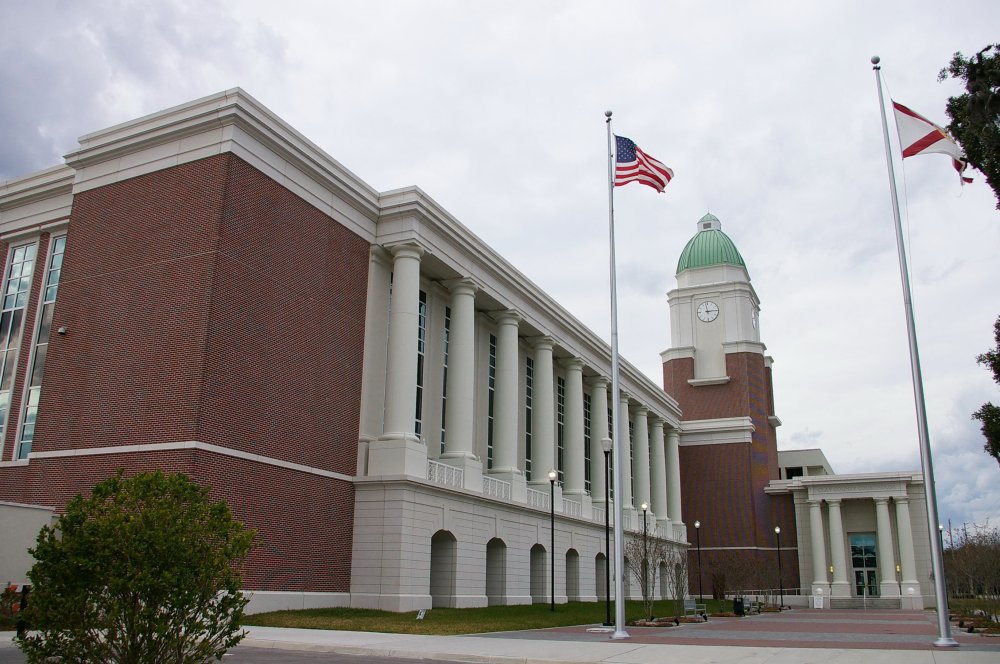 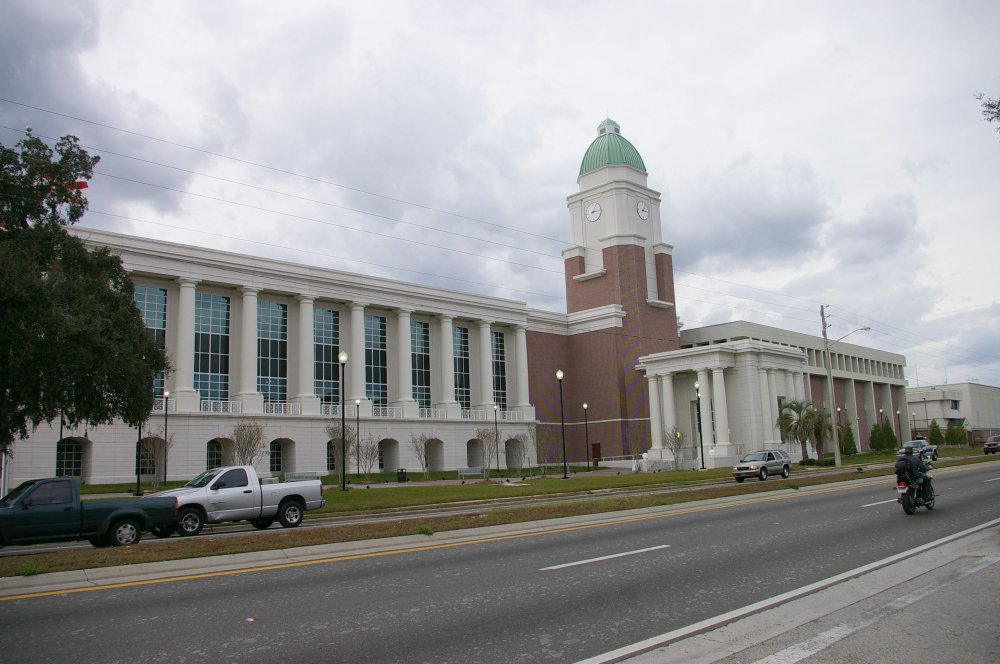 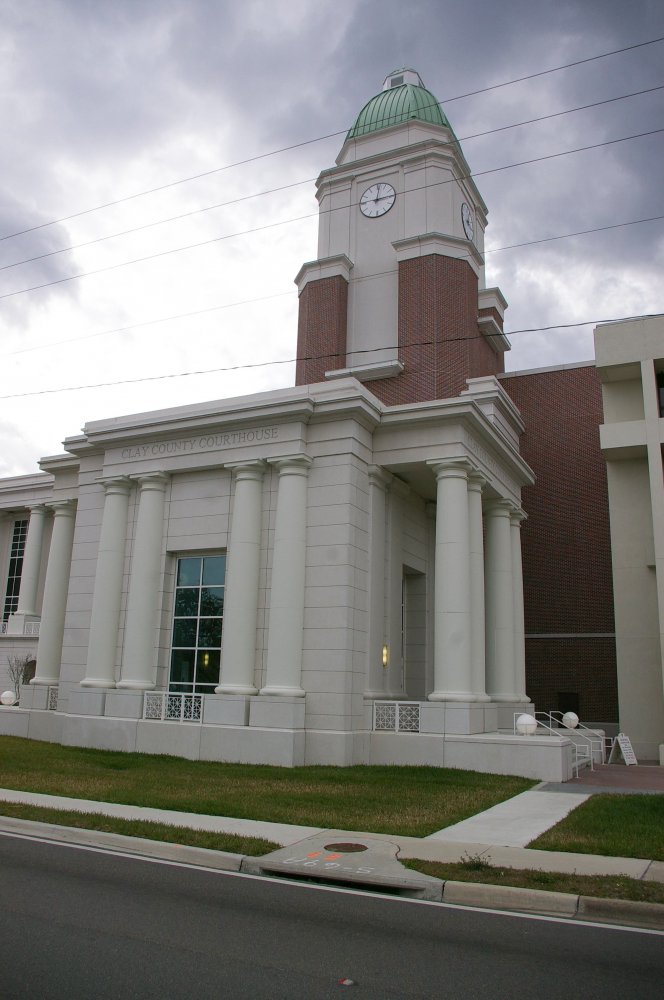 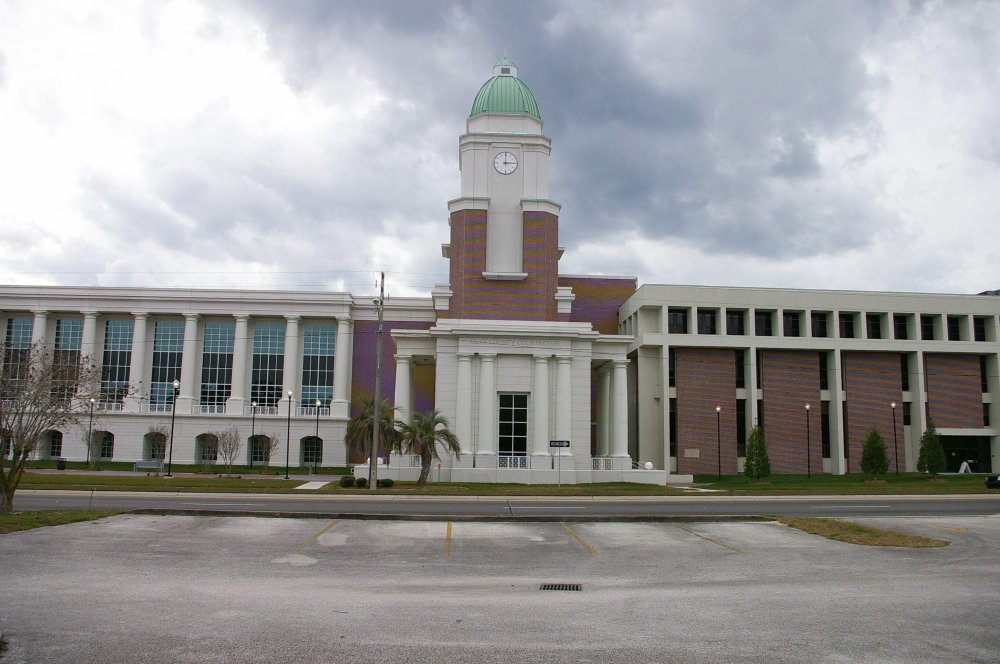 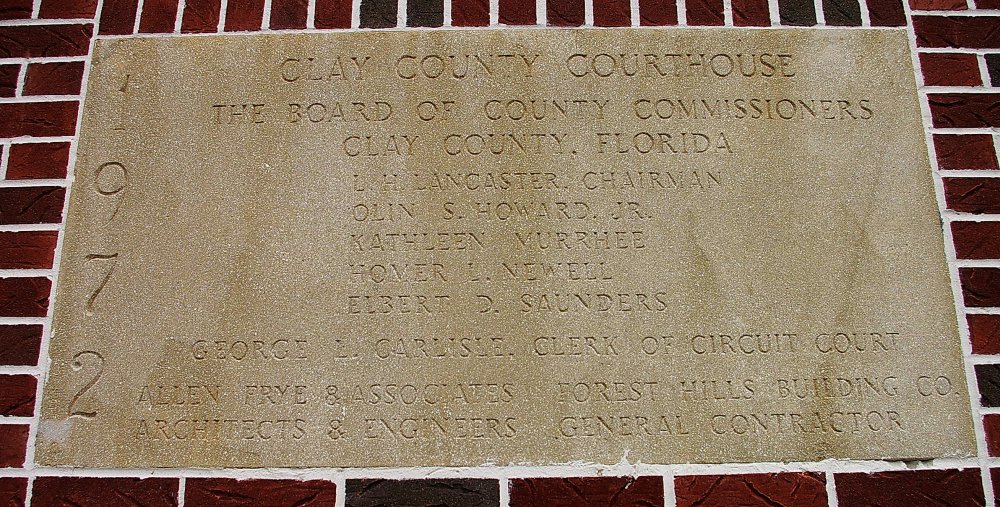 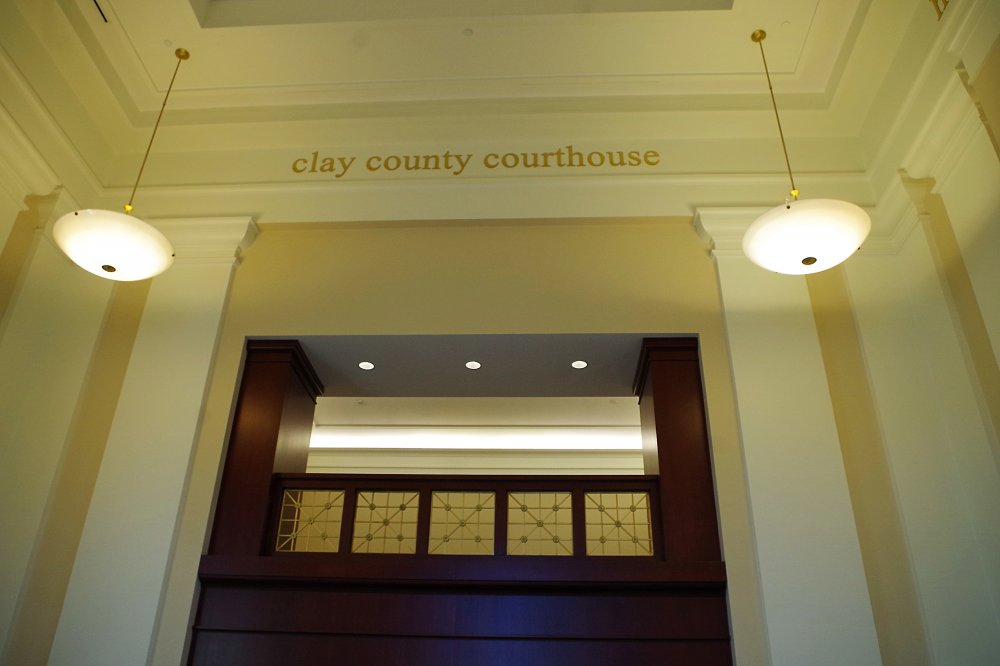 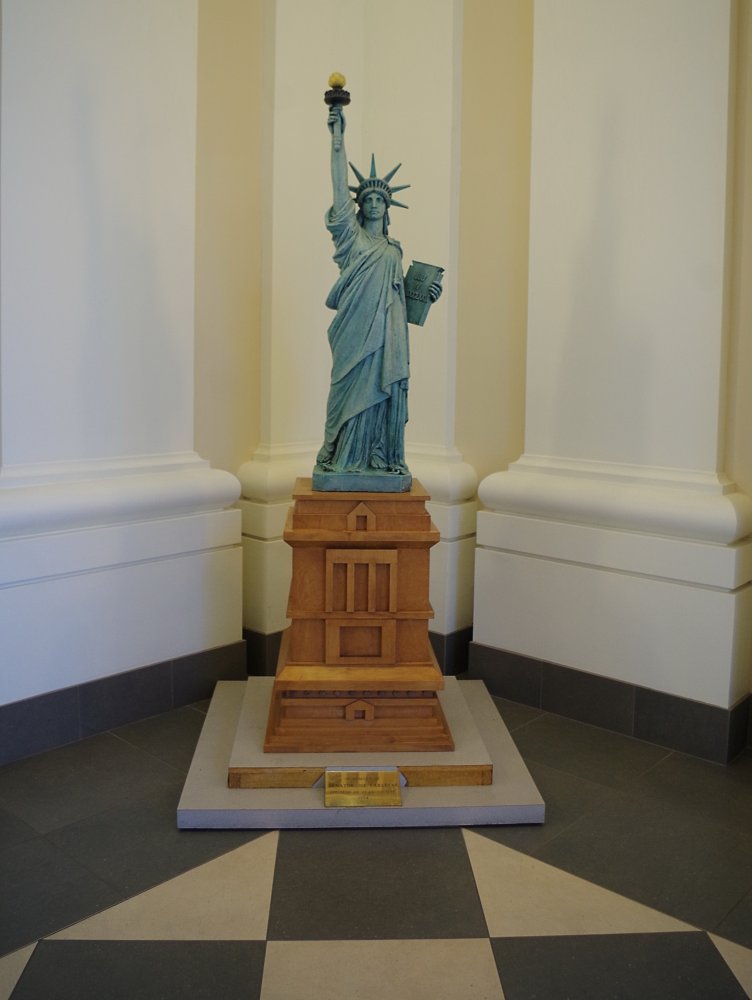 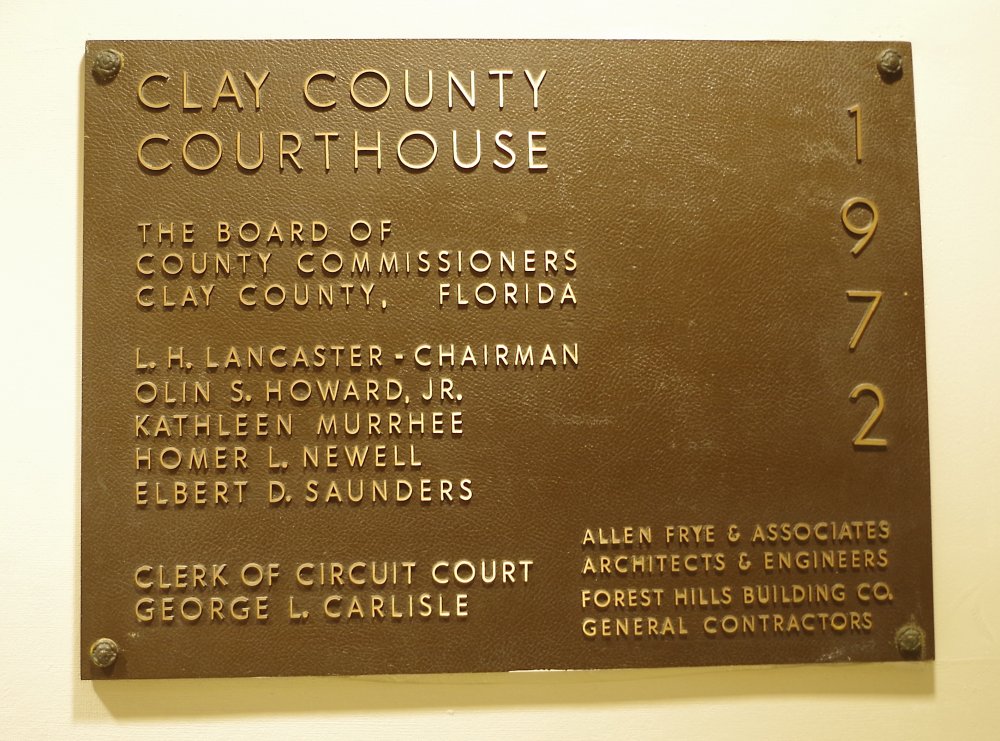 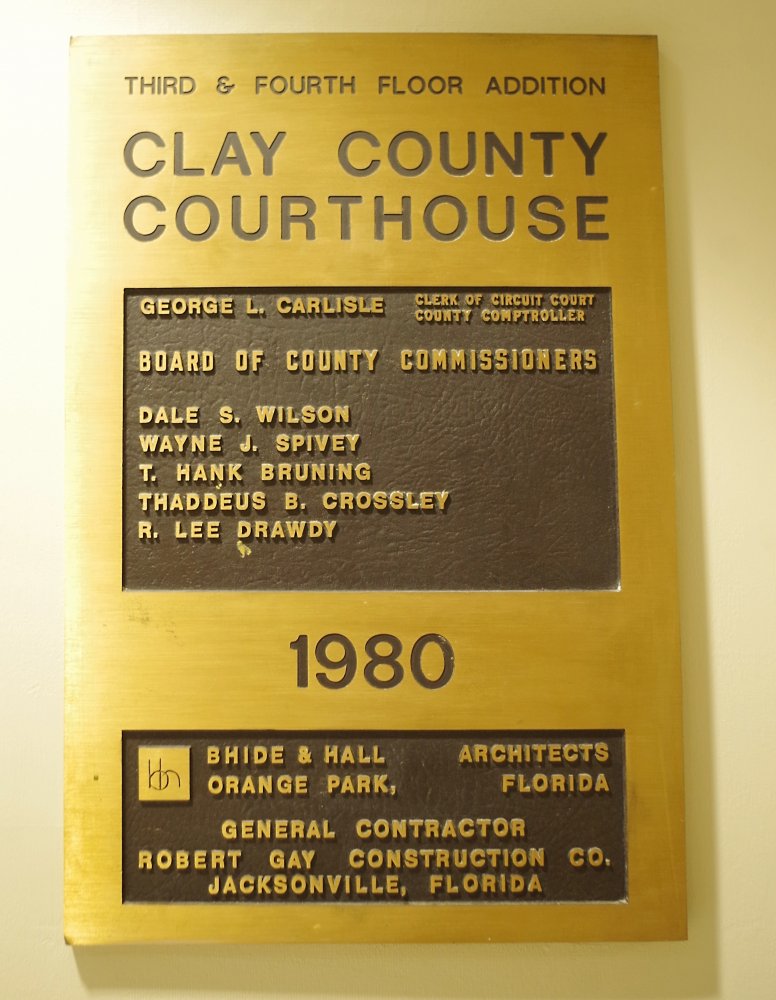 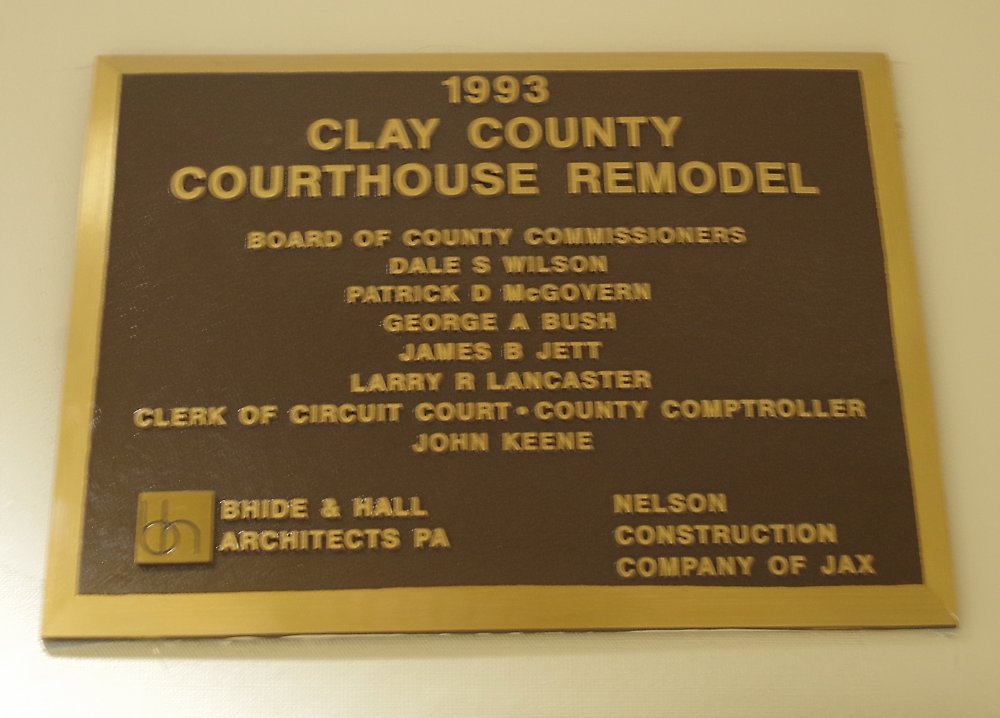