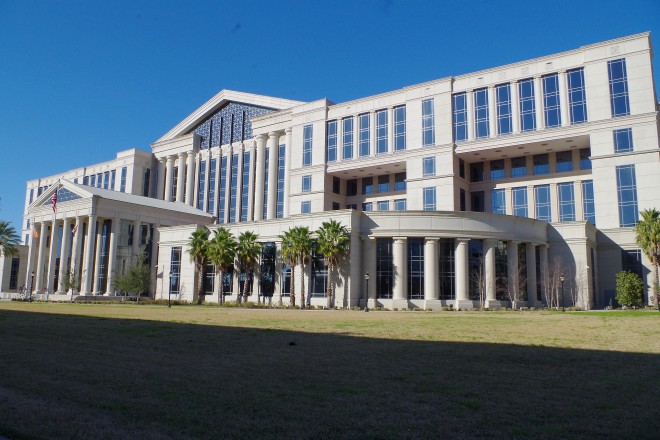 Duval County is named for William P Duval, who was the first territorial governor.

Description: The building faces south and is a seven story concrete, steel and glass  structure. The building is located on spacious landscaped grounds in the center of Jacksonville. The south front has a projecting two story center section with columns rising to a pediment. On either side of the center section are low two story sections with curved corners with columns and recessed windows. On the north side rises the main section with a central pediment with glass walls. The roof line is flat. The central entrance lobby rises 188 feet to the top of the building. The building contains 51 courtrooms. 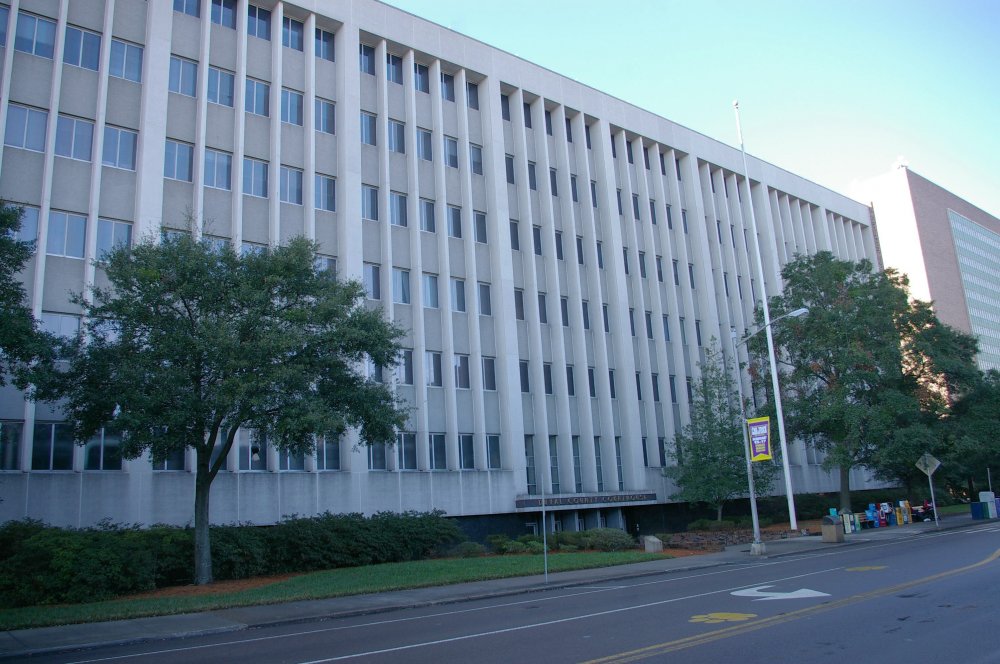 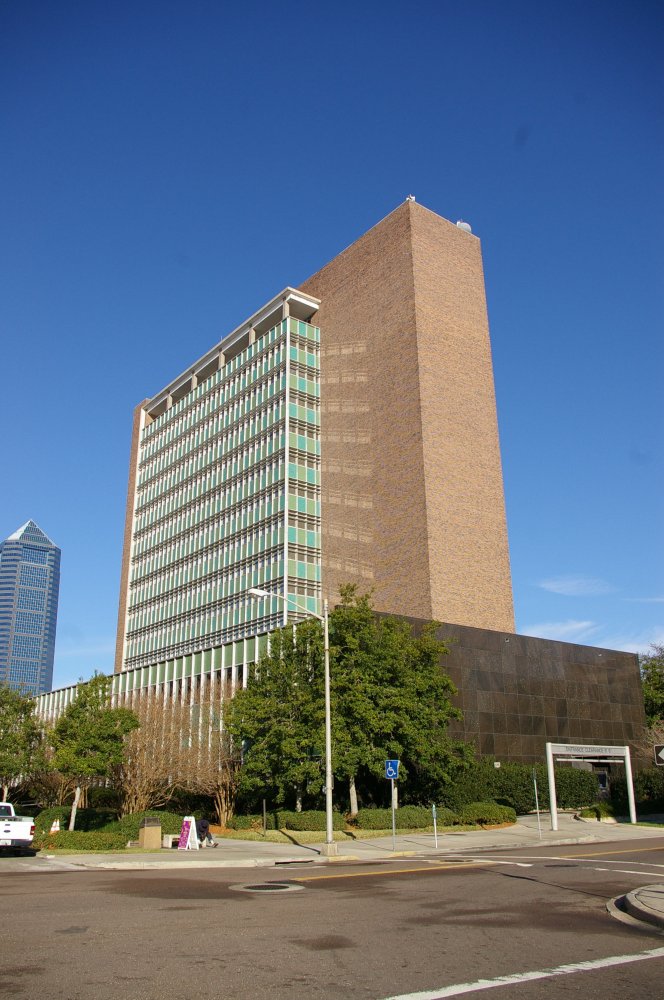 Description: The building faces north and is a fifteen story brick, steel, concrete and glass structure. The building is located in the center of Jacksonville and is now vacant. 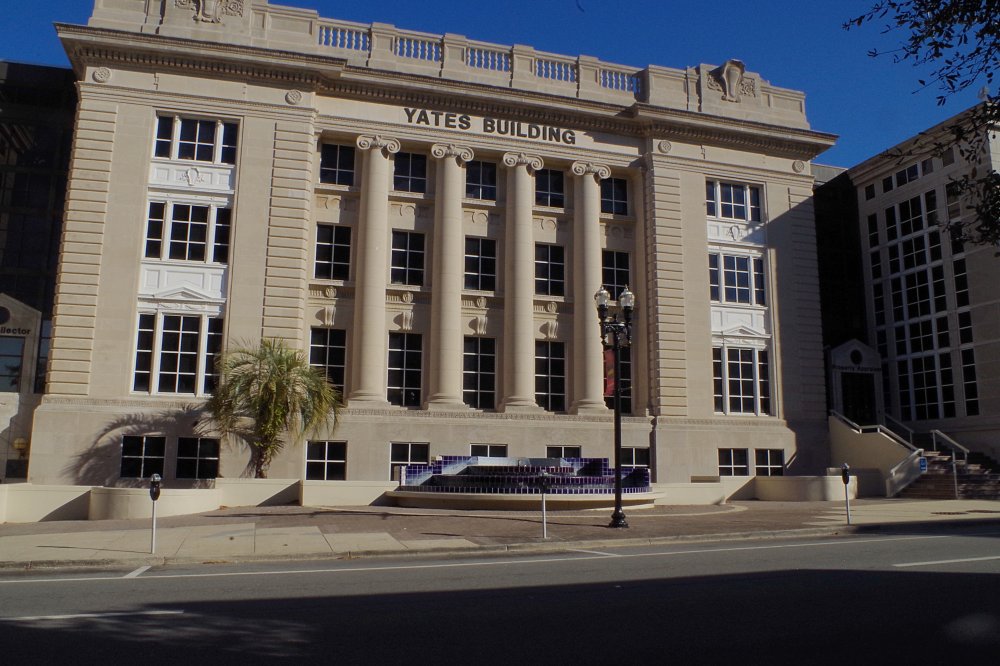 Description: The building faces south and is a four story stone structure. The building is located in the center of Jacksonville and is named as the Yates Building. In 1902, the third courthouse was designed by Rutledge Holmes and the constructed M T Lewman & Company on the east side of the Annex and  In 1914, the Annex was constructed which doubled the size of the courthouse. The 1902 courthouse was demolished and the Annex remains with additions on the east and west sides.

Note:  The first courthouse was built in 1840’s and destroyed during the Civil War. The second courthouse was designed by Ellis & McClure and constructed by Thomas W Anderson in 1886. The building was destroyed by fire in 1901. 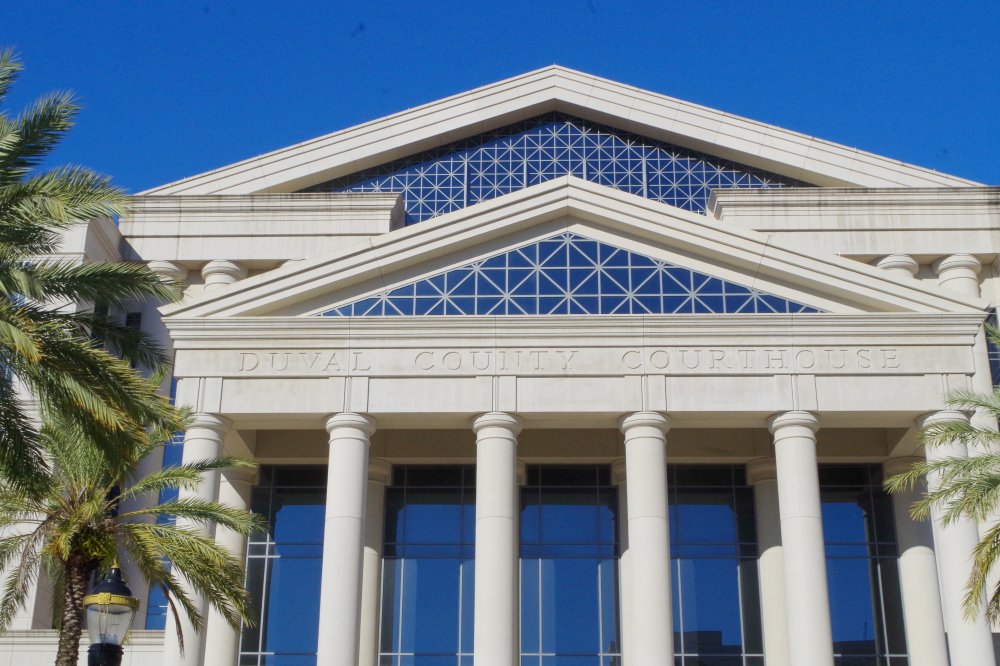 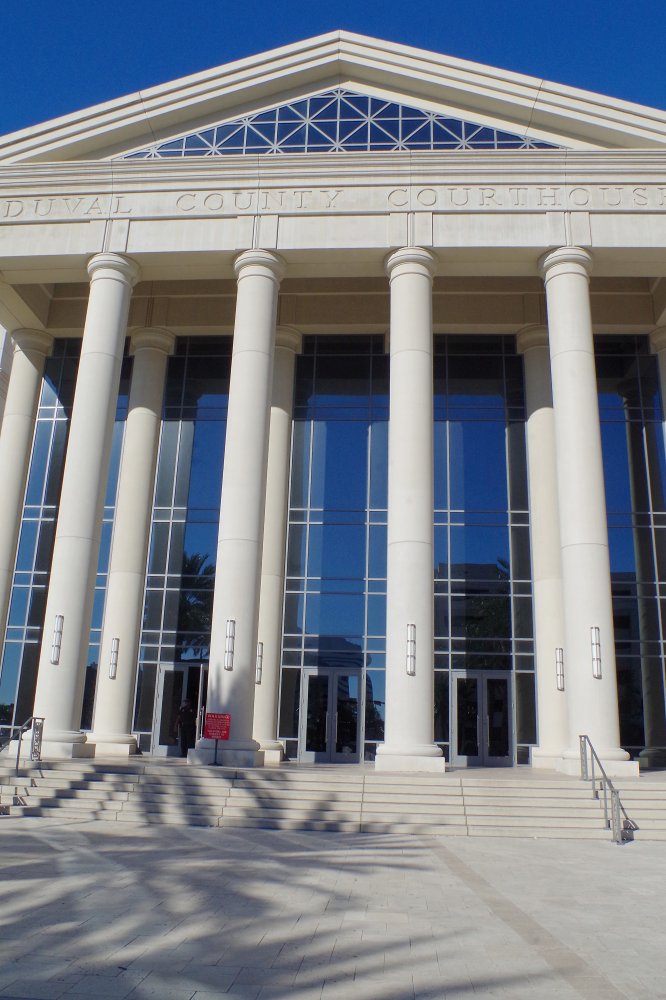 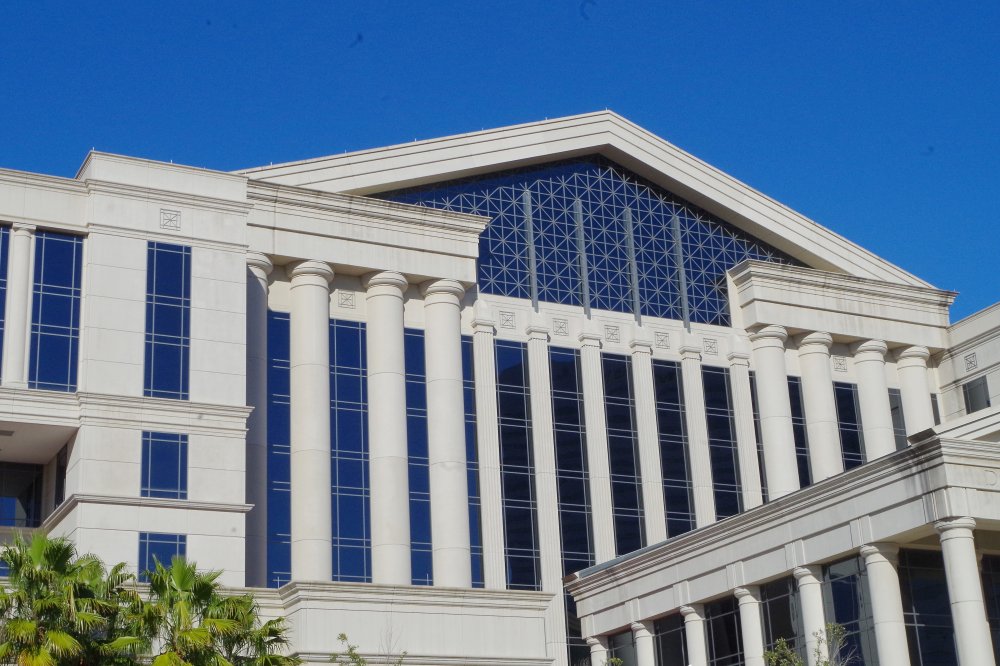