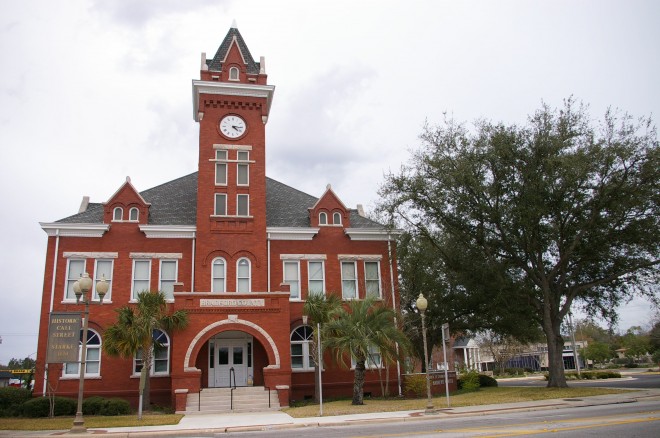 Bradford County is named for Richard Bradford, who was a Confederate officer killed in a battle near Pensacola. 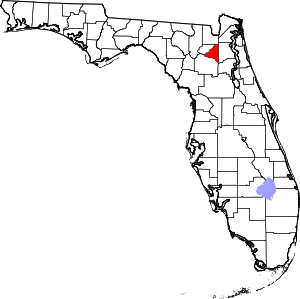 Architect:  S B Smith of Smith and Blackburn

Description: The building faces south and is a two story red colored brick, limestone trim and concrete structure. The building is located on landscaped grounds of the old Courthouse Square in the center of Starke to the south of the courthouse, The south front has a projecting arched porch on the first story with recessed entrance. Above the porch rises a high square brick clock tower with clock and steep green colored roof. The first story windows are arched. Along the roof line are two dormers. The roof is hipped. The building is now used as a college. 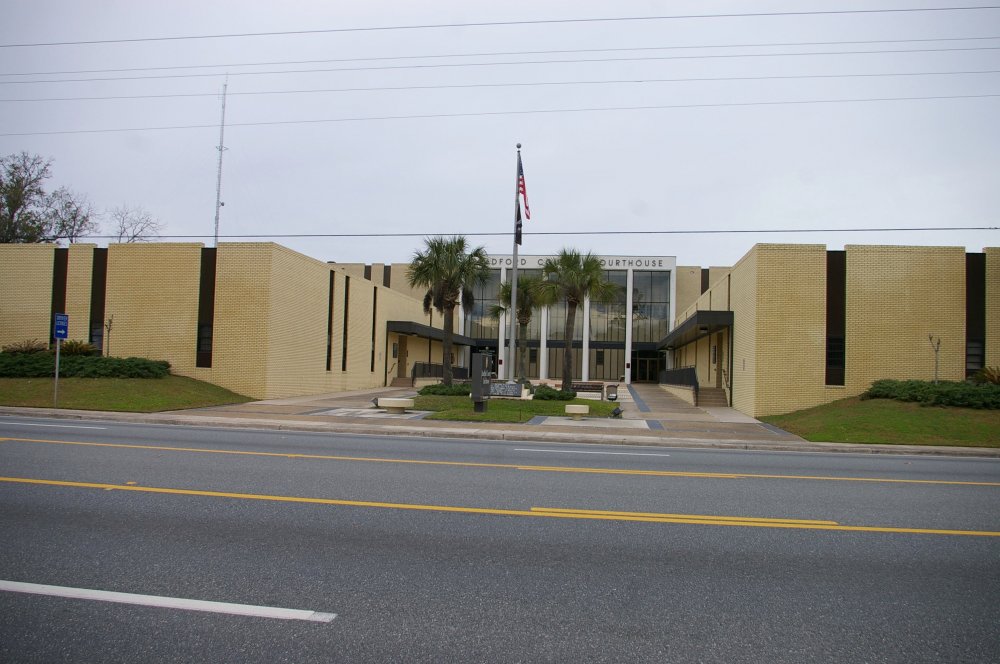 Description: The building faces east and is a two story yellow colored brick, concrete and glass structure. The building is located on landscaped grounds in the center of Starke. The center section is recessed with the north and south one story wings extending eastwards forming a courtyard in the middle. The central section has a glass wall extending from the main building and is dived by vertical concrete dividers.  The roof line is flat. The building was enlarged in 2003. 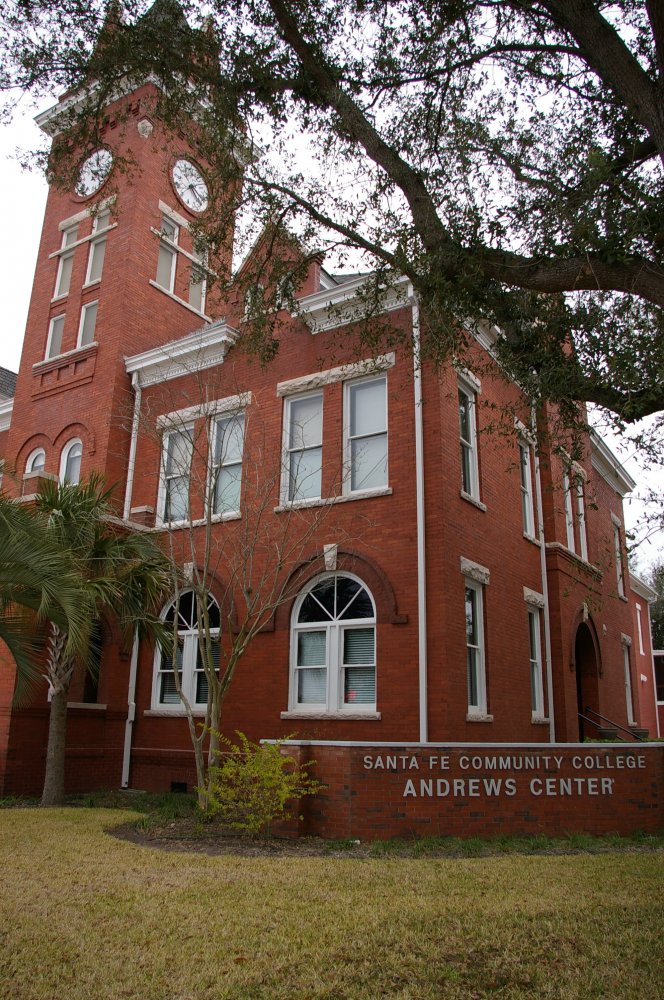 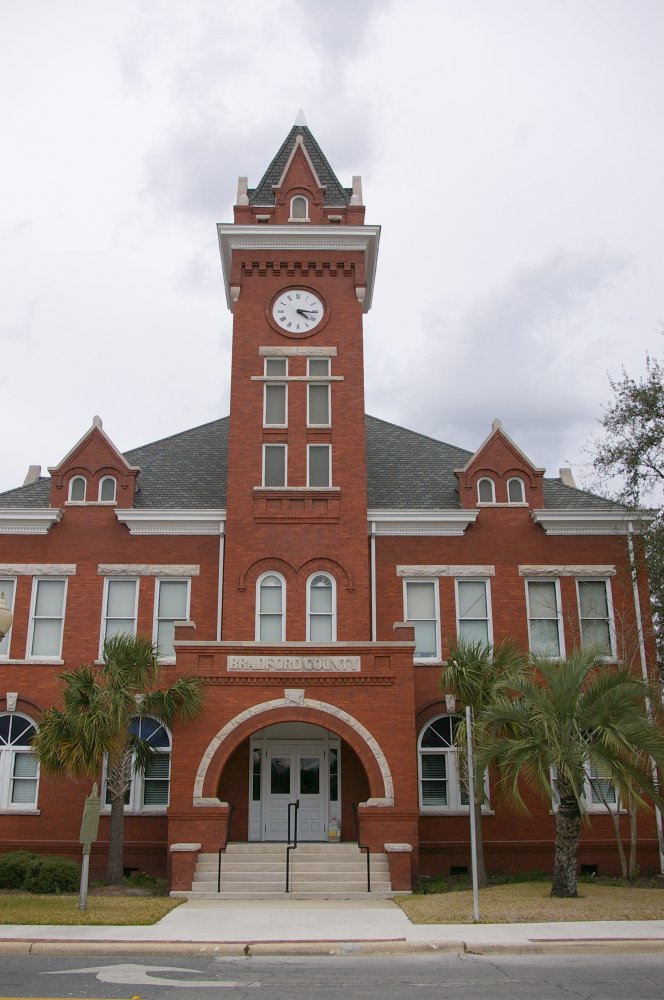 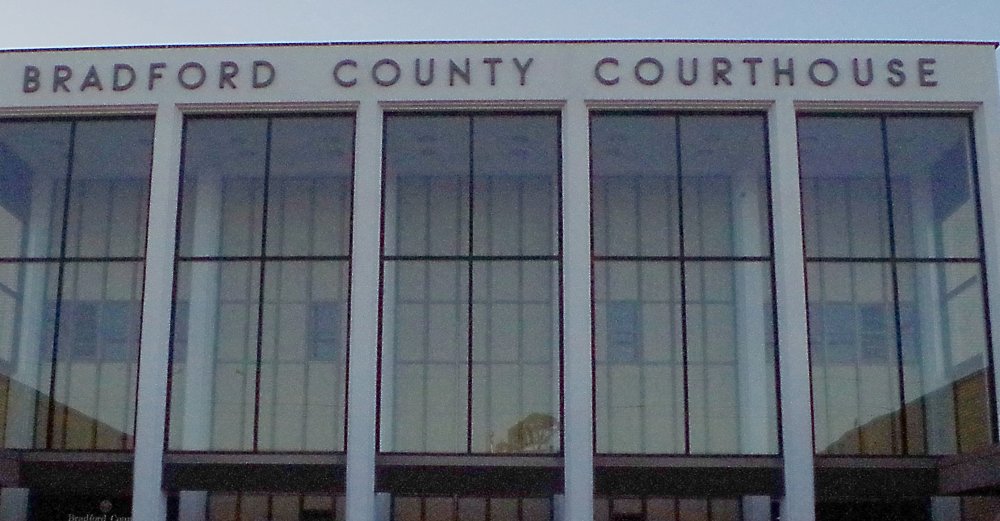 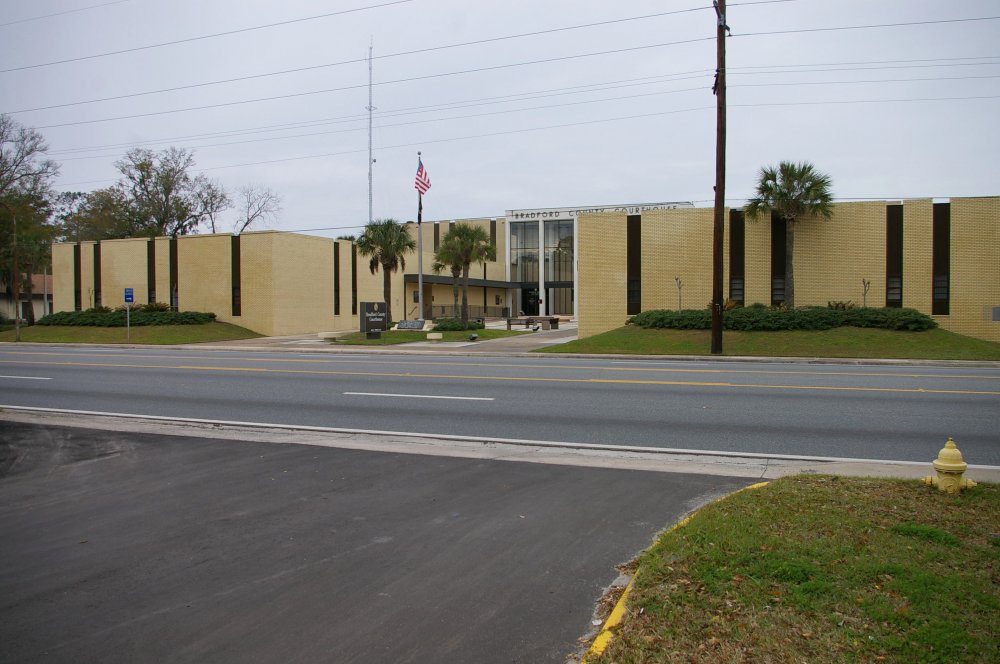 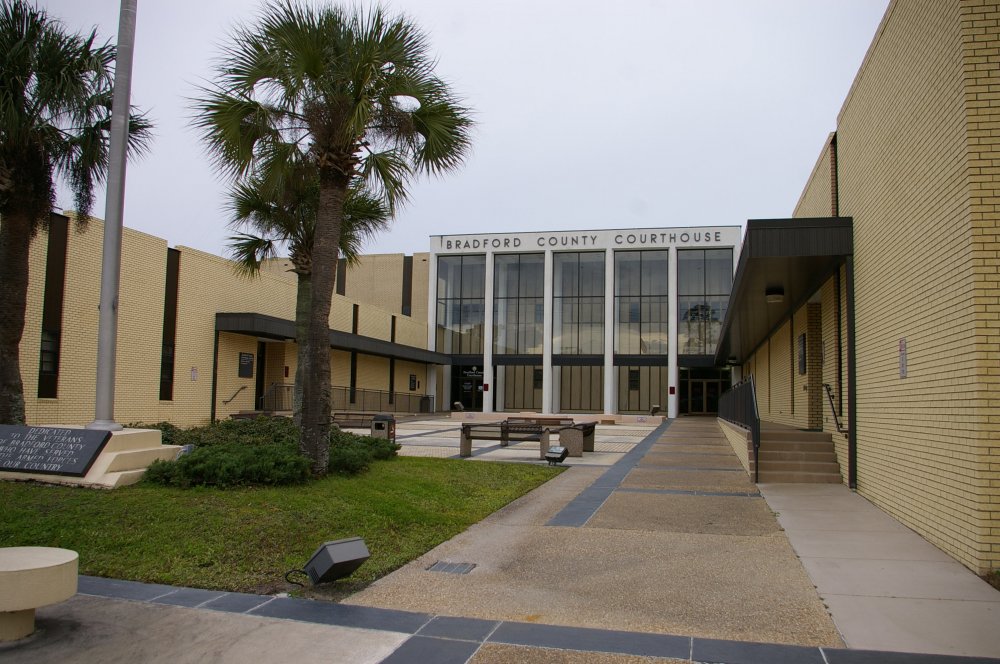 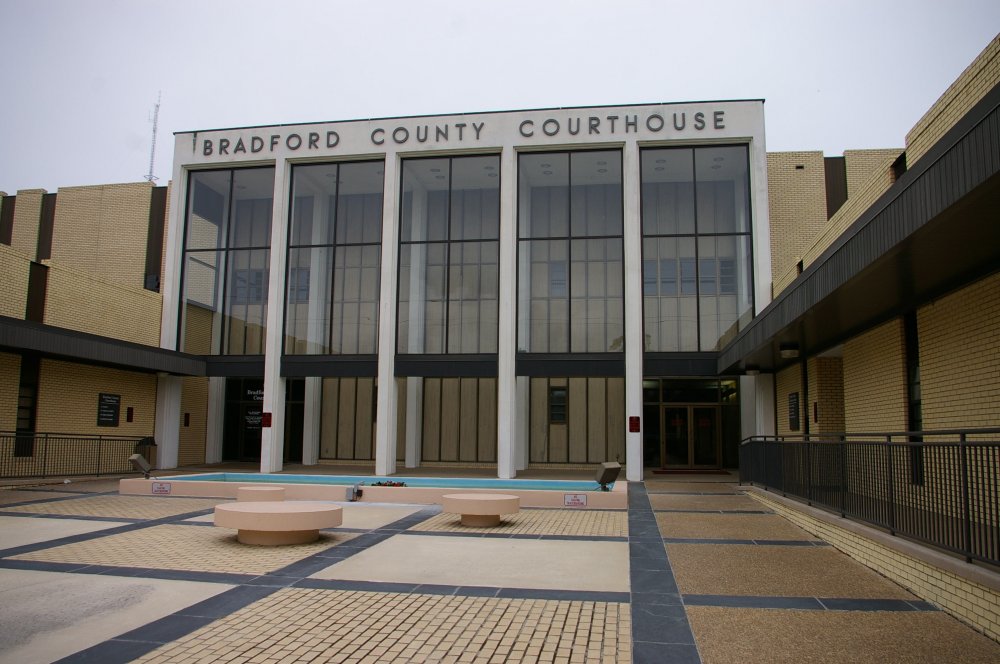 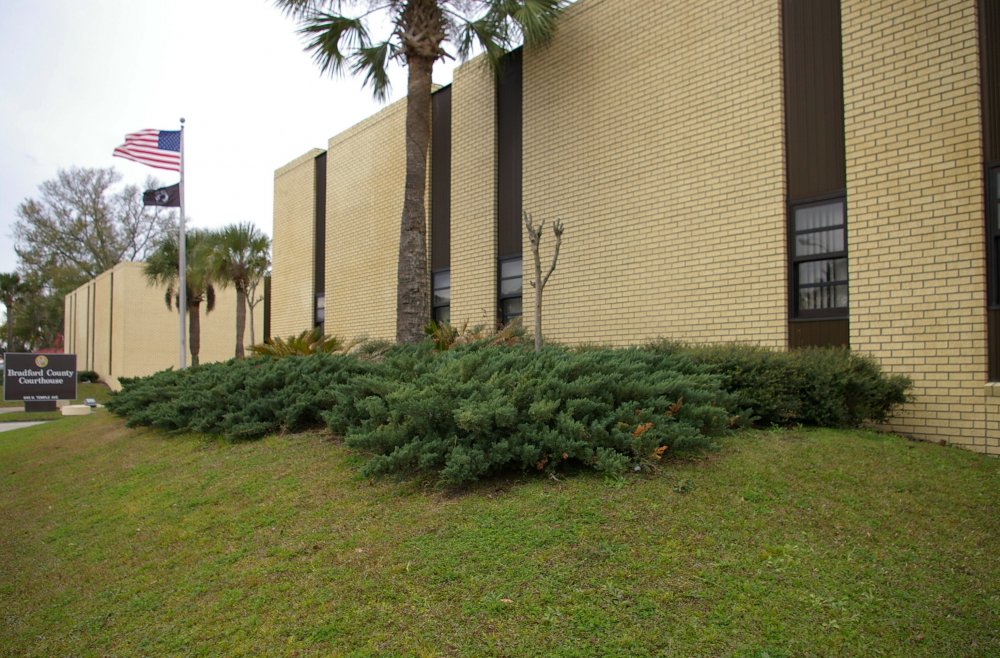 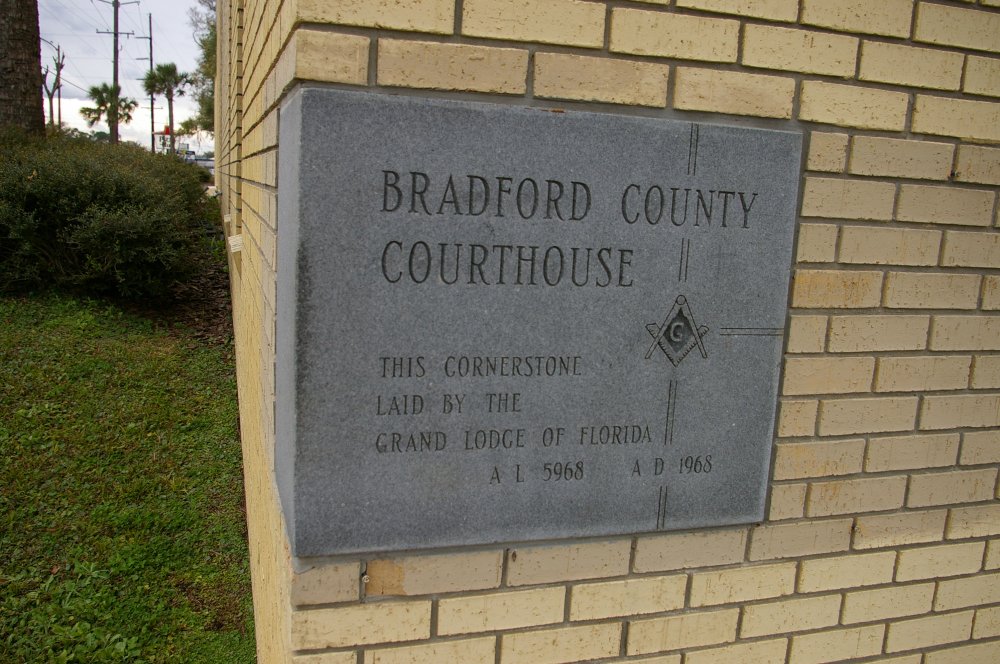