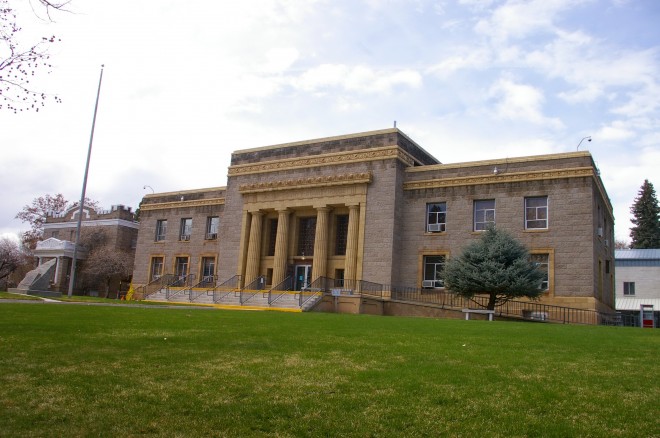 Lassen County is named for Peter Lassen, who was a Danish naturalist and explorer.

Description:  The building faces southeast and is a two story brown colored sandstone and concrete structure. The building is located on landscaped grounds in the center of Susanville. The southeast front has a high central section which extends from the main building and has a porch with four columns rising to a terra-cotta ornamentation on the header. A projecting cornice runs below the flat roof line. The building is rectangular with a concrete foundation, The building now houses the county administration. On the west side is the old County Jail built in 1911.  The buildings including a Courthouse Annex constructed in the 1960′s and a concrete jail constructed in 1970 are located on the spacious grounds of Courthouse Square. 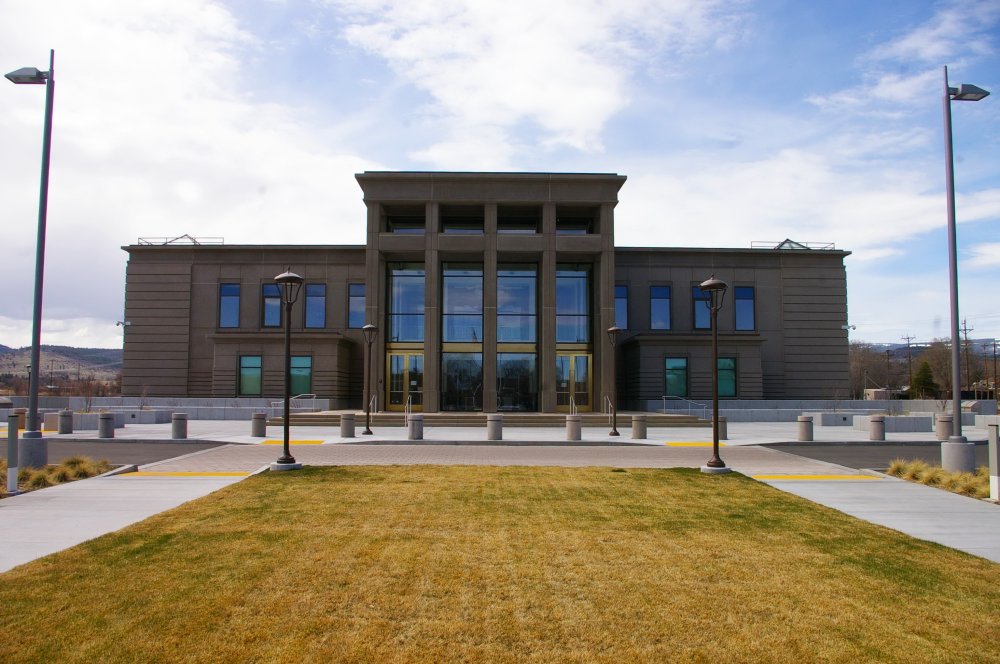 Description:  The building faces northeast and is a two story concrete and glass structure. The building is located on spacious landscaped grounds in the center of Susanville to the east of the courthouse. The north east front has a large projecting center section with five vertical dividers with glass panels between The roof line is flat. The building is the Hall of Justice. 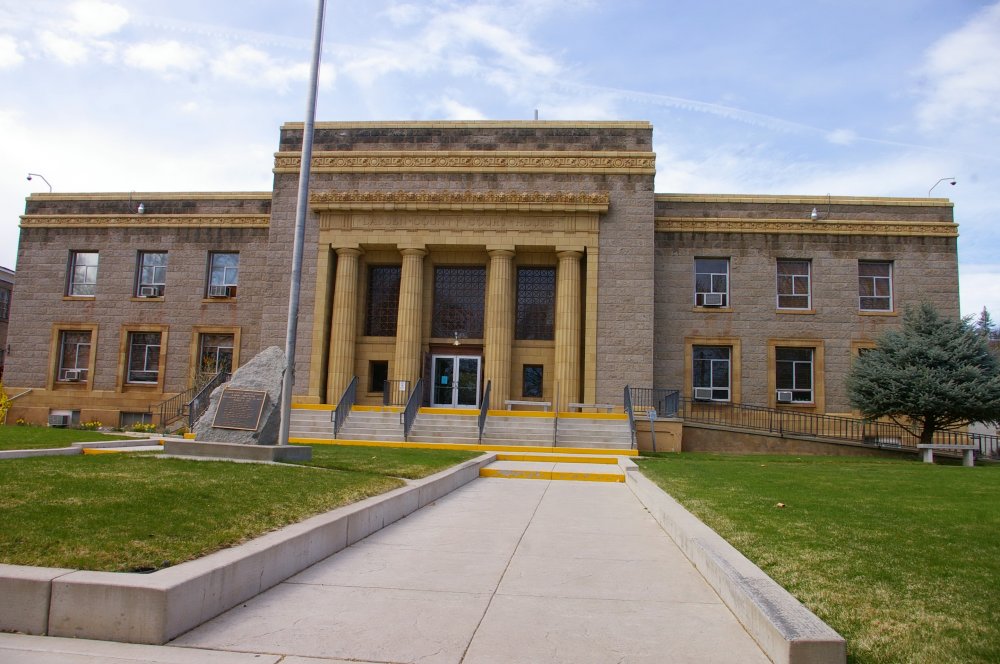 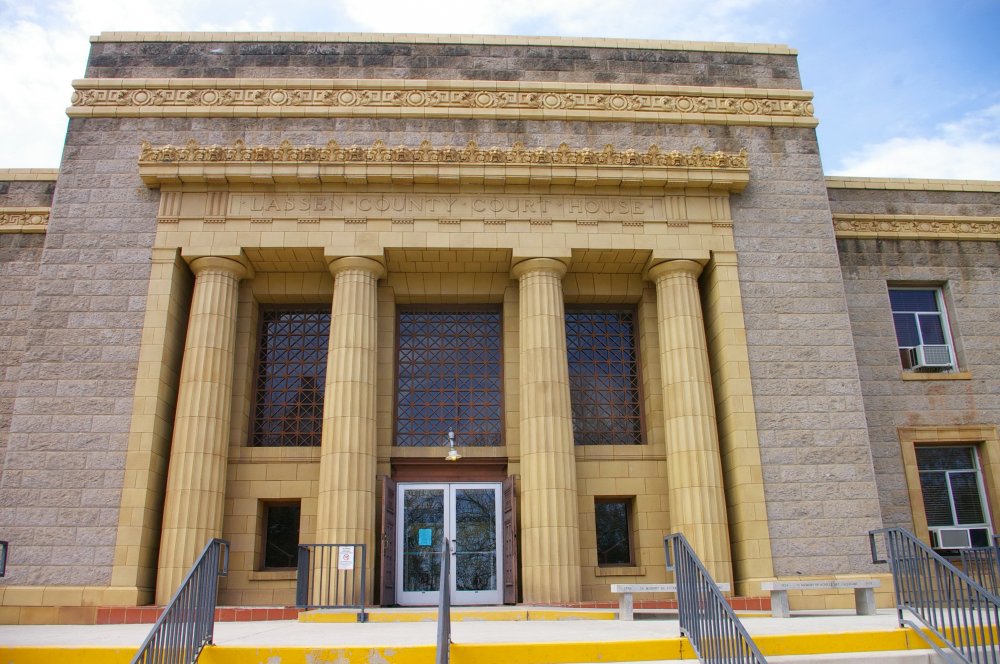 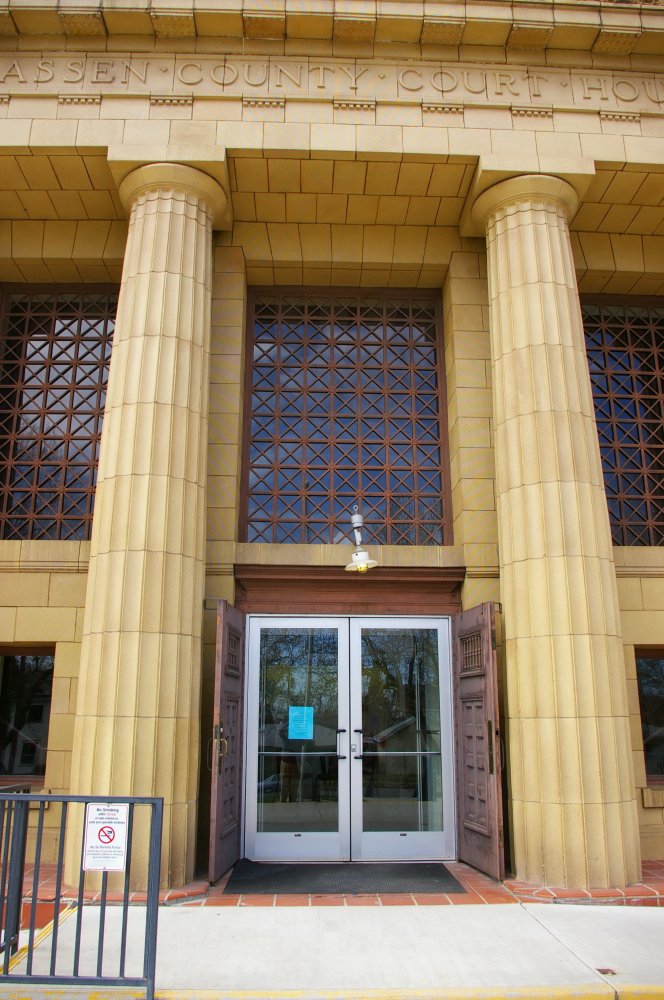 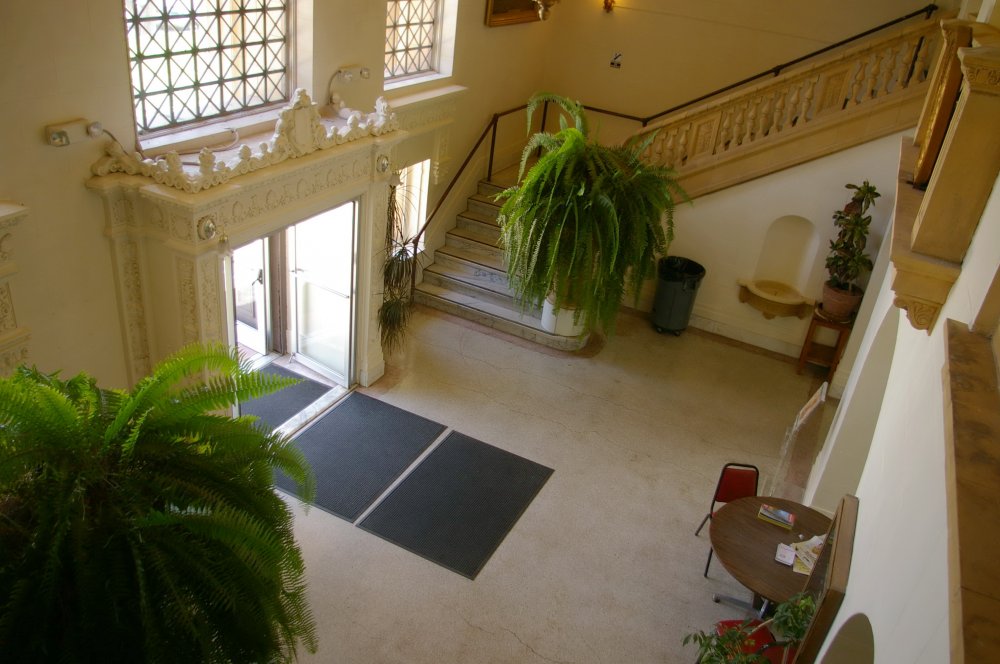