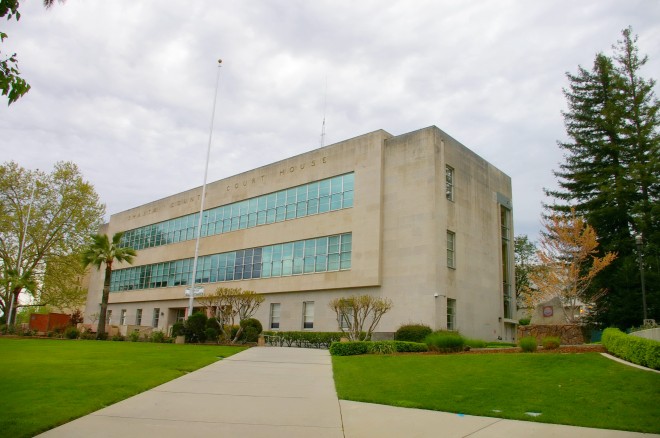 Shasta County is named for Mount Shasta which means “white mountain” in the Native American language.

Description:  The building faces east and is a three story concrete and glass structure. The east front of the rectangular building has a central entrance on the first story with two large pink colored columns and recessed glass entrance. On the second and third stories, the windows are horizontal. The roof line is flat. A three story annex was constructed on the west side in 1965 to 1967. The architect was Smart & Clabaugh and the contractor was Nielson & Nickles Company. The buildings were renovated in 1996. The architect was Ekona AIA and Nicklos, Melburg & Rossetto and the contractor was Allen L Bender.

Note:  The former courthouse was designed by A A Cook and constructed by John T Long in 1889. In 1909 the Hall of Records was constructed on the south side. The Lady of Justice which adorned the courthouse was placed on the front lawn in 1956. When the statue was vandalized, it was then moved to the Old Shasta County Jail. In 2010, the statue was placed in the Jury Assembly Room. Description:  The building faces east and is a two story concrete and glass structure. There is a large plaza area on the southeast side with the main entrance on the west side which is glass paneled. A high clock tower rises above the complex. The building forms an “L” shape with a north and west wing. The roof line is flat. The courthouse is located on the south side. 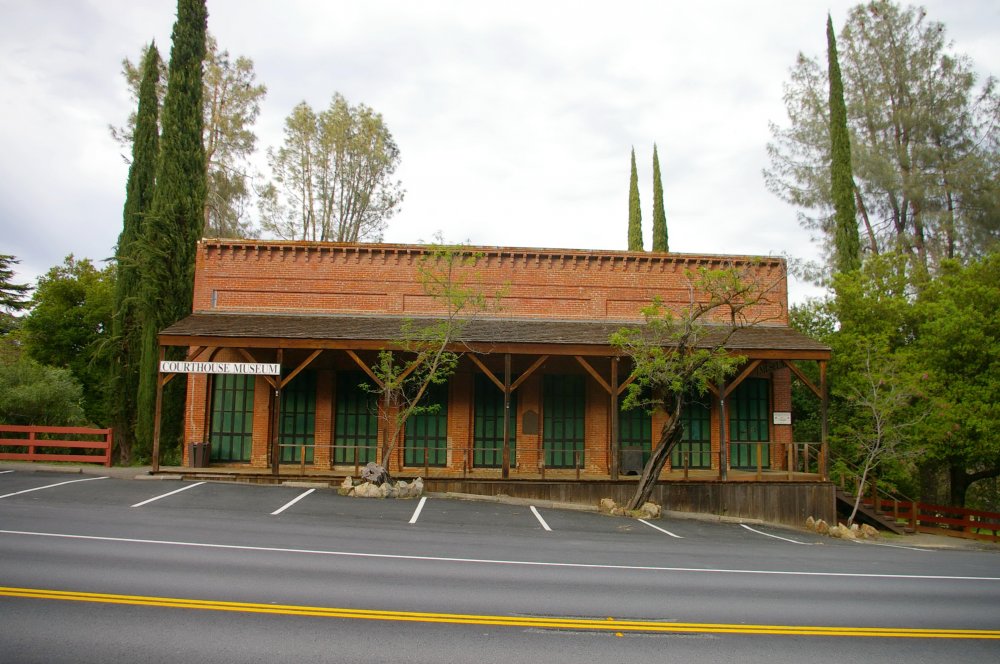 Description:  The building faces southwest and is a one story red colored brick structure. A long wood porch runs along the south side with a series of green colored doors behind. The roof line is flat. The building was built as the home of Major Redding and served as the courthouse from 1862 to 1888. The building is located in the Shasta State Historic Park. 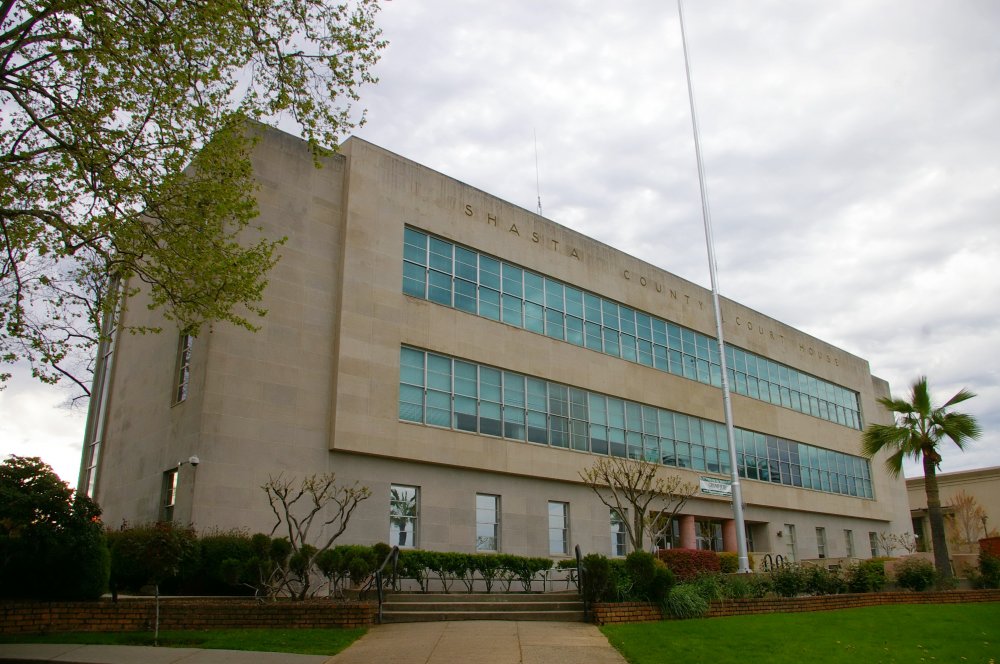 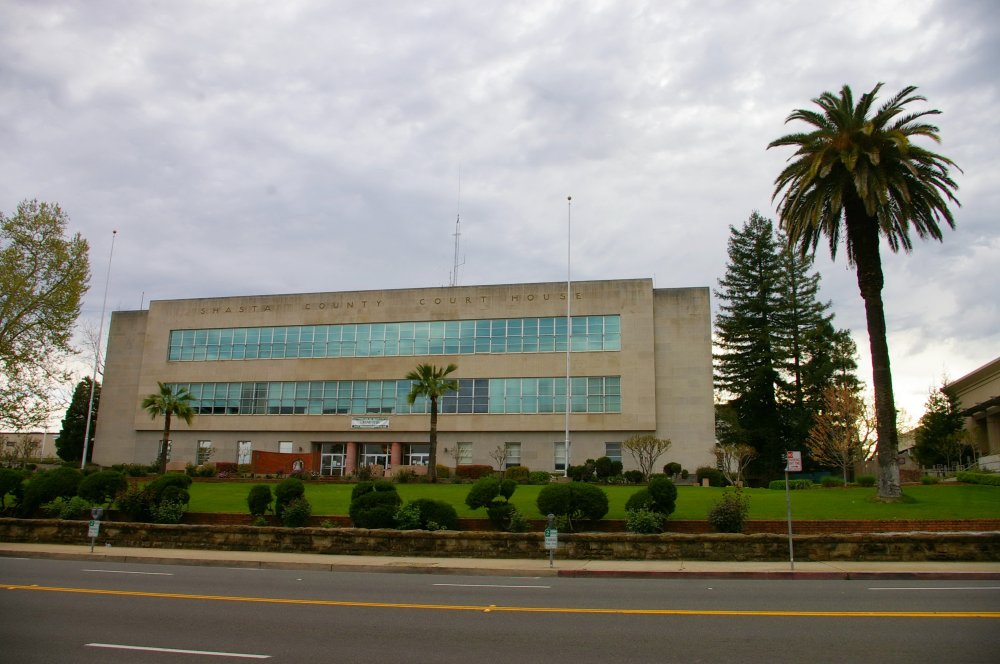 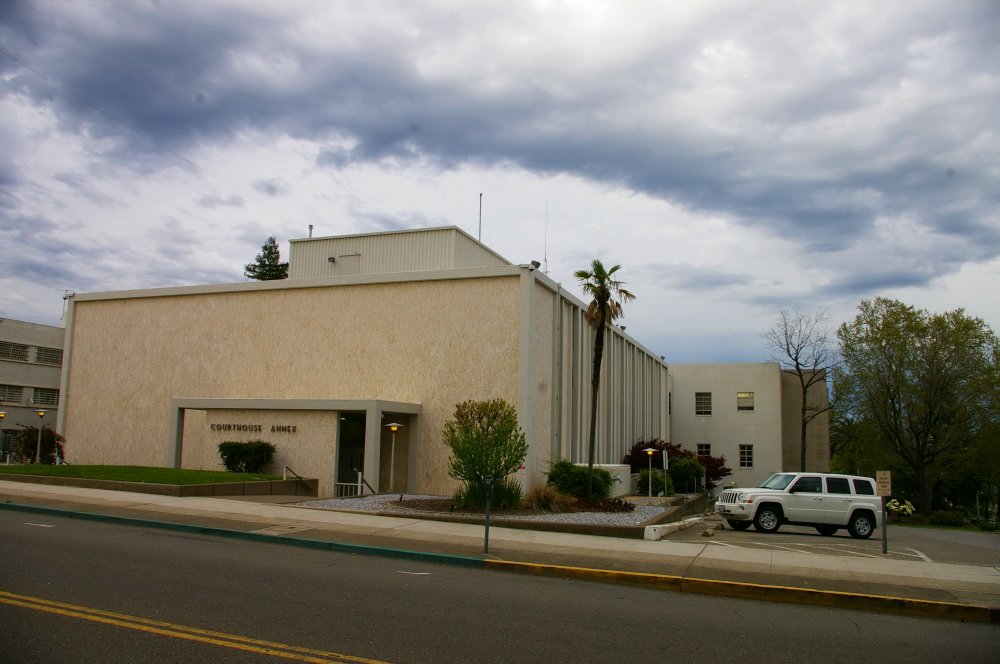