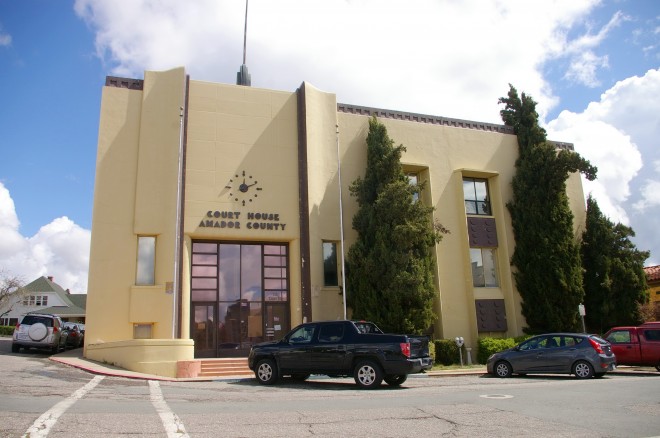 Amador County is named for Jose Maria Amador, who was a soldier, rancher and miner and “amador” is the Spanish word meaning “one who loves”. 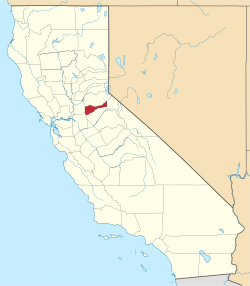 Description:  The building faces southwest and is a two story yellow colored stucco and concrete structure. The building is located in the center of the city. The Hall of Records was built in 1892 and completed in 1893. The architect was T J Welch of San Francisco and the contractor was D J Brennan. In 1939 to 1940, the two buildings were enclosed and combined into one Art Deco style structure. The southwest front has a projecting section on the west side with glass entrance on the first story and clock above. On the east side of the front, the windows are recessed. On the north side, the building is curved. The roof line is flat. The architect in 1939 was George Sellon of Sacramento and the contractor was the Works Project Administration. 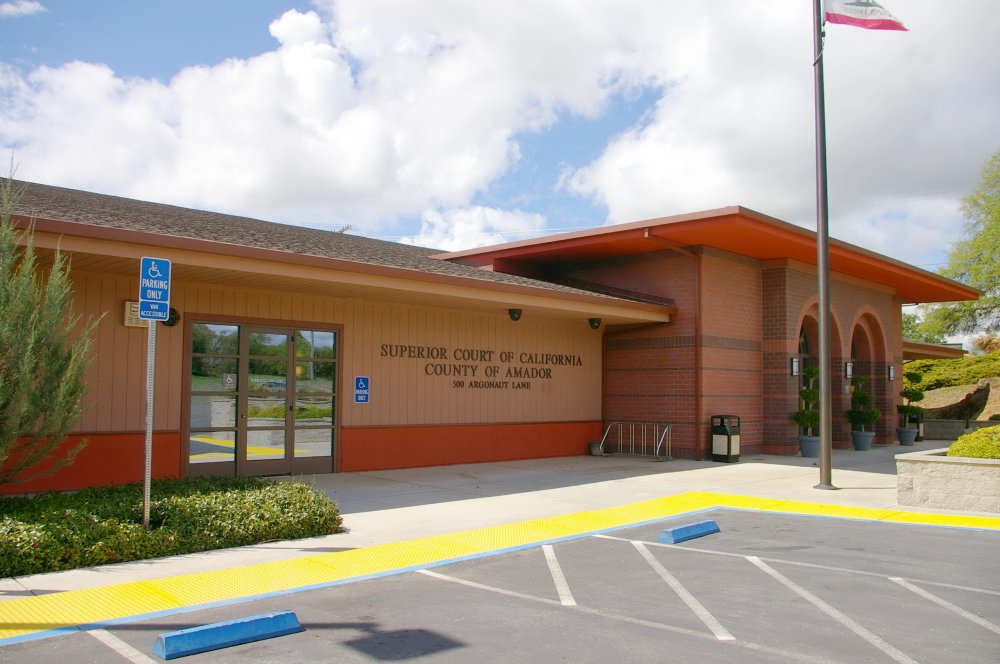 Description:  The building faces northeast and is a one story red colored brick and concrete structure. The building is located on landscaped grounds on the west side of the center of the city. The west section of the building has two large arches on the northeast front. The east section has a glass entrance and a sloped roof which overhangs. On the south side, the roof is flat. The building houses the County Superior Court. 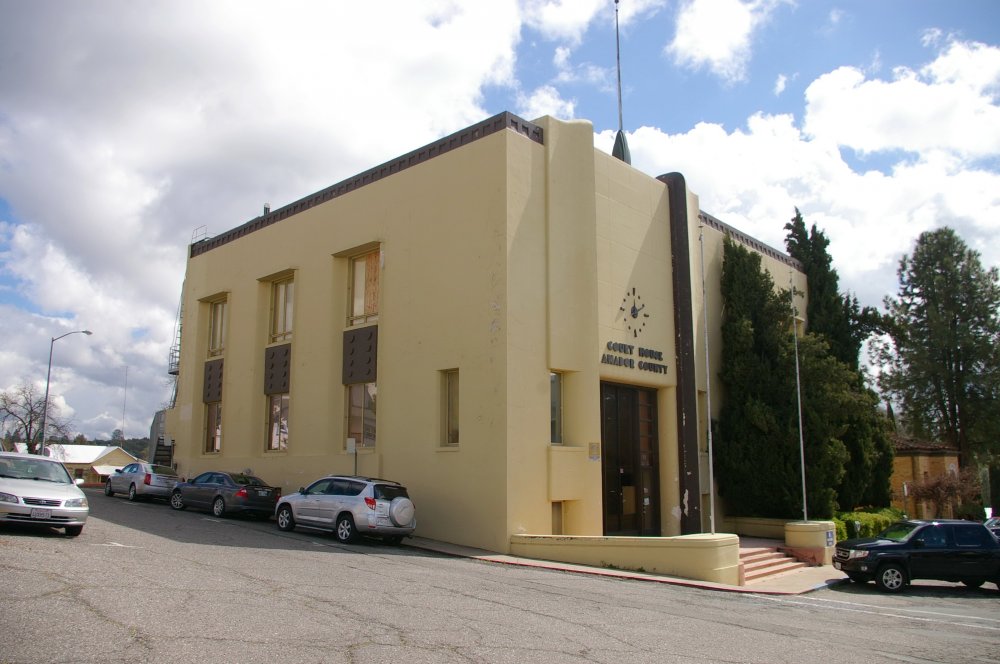 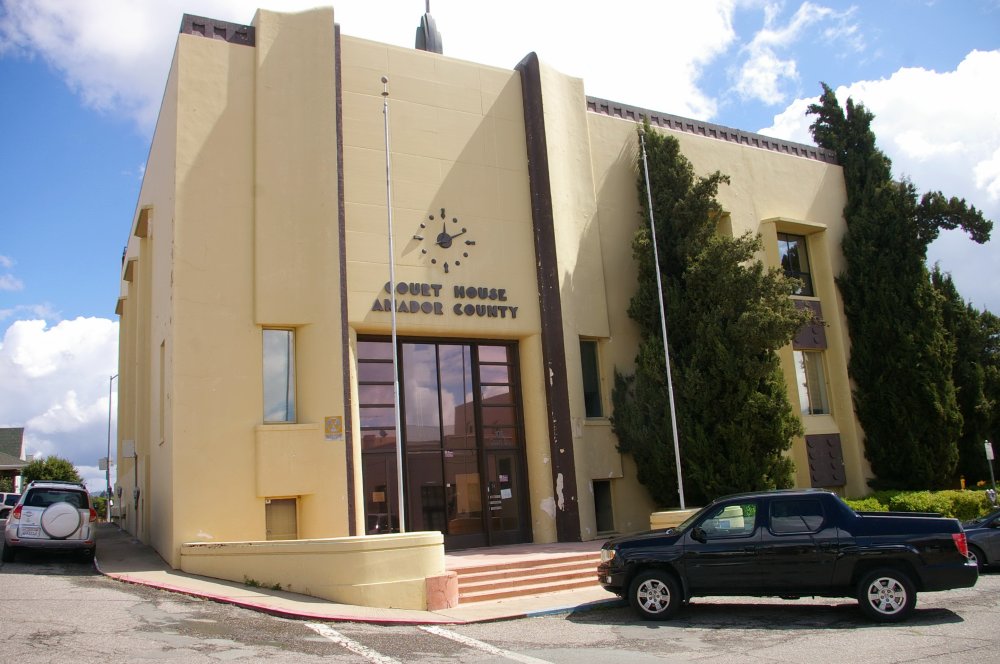 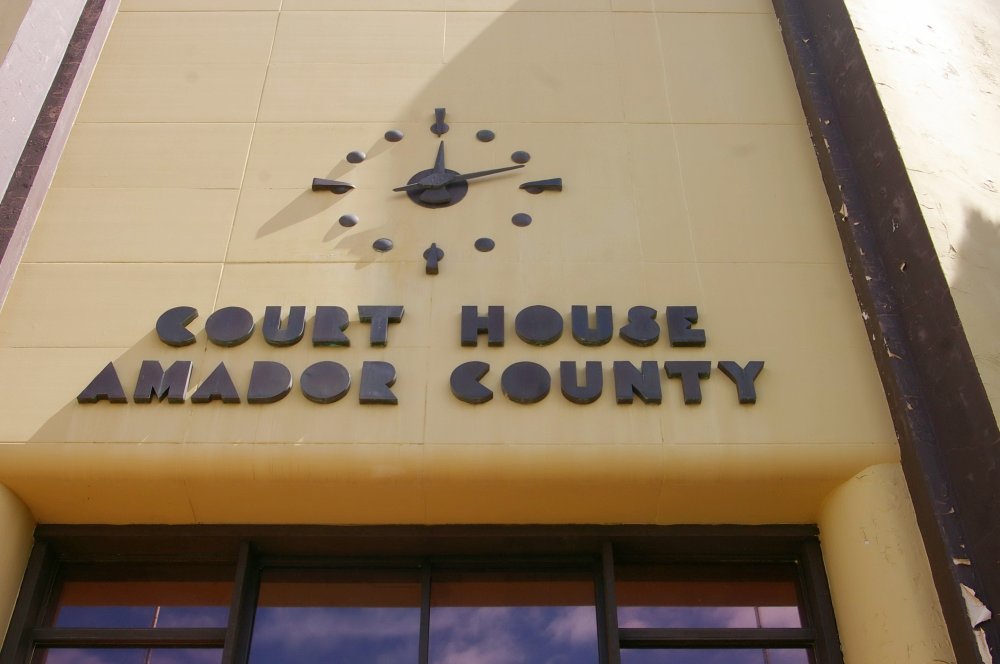 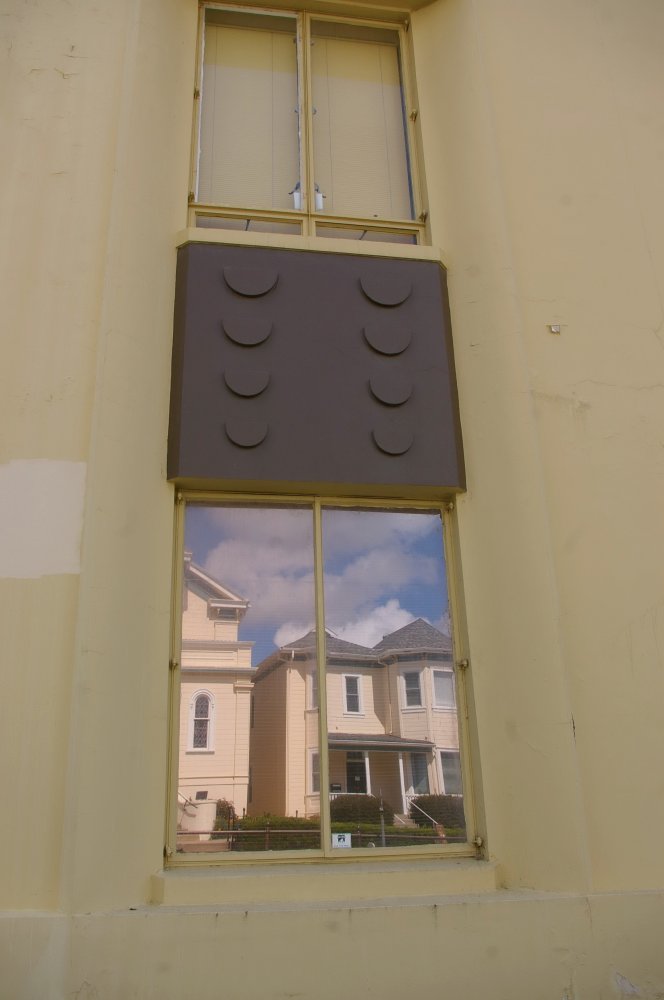 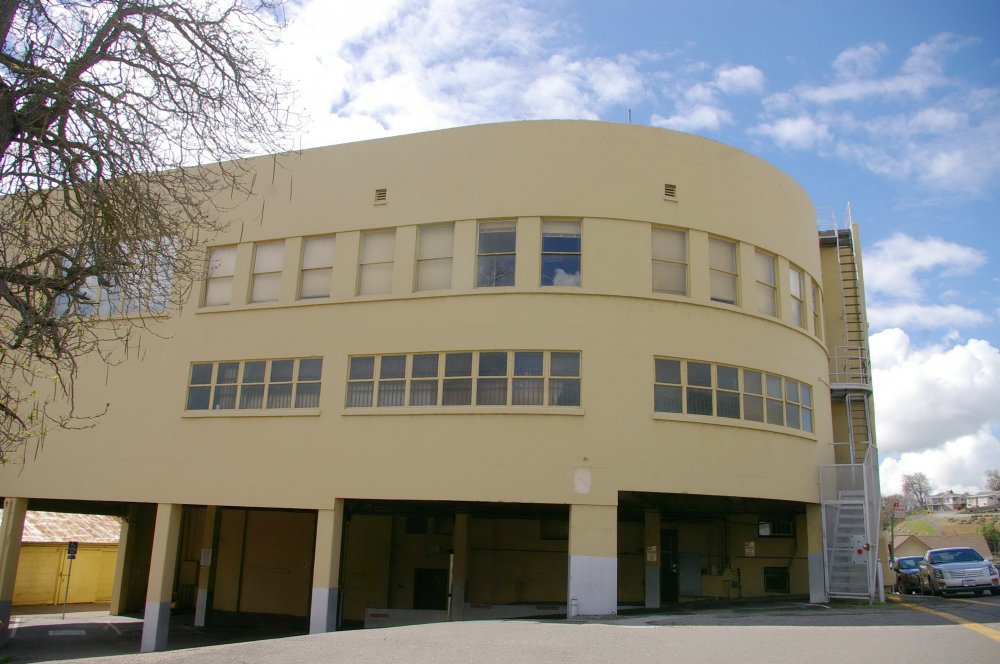 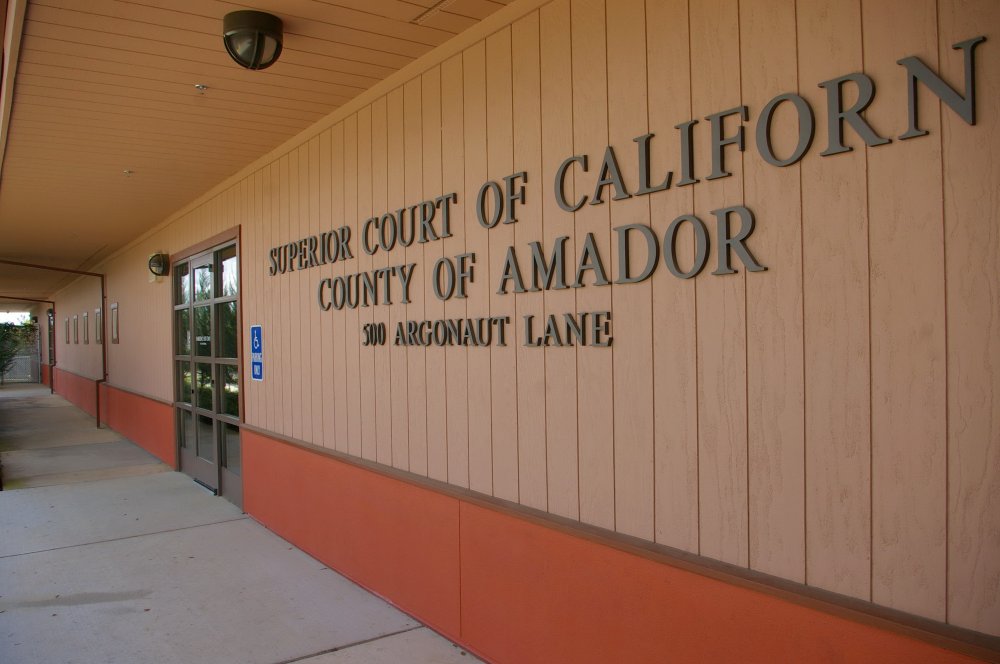