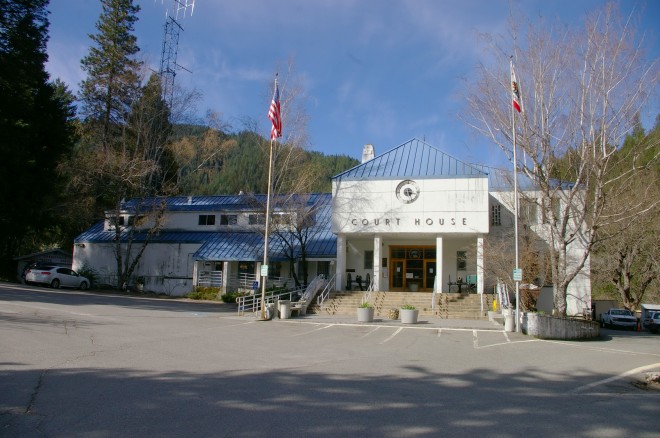 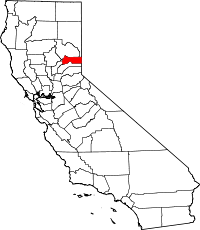 Description:  The building faces east and is a two story white colored concrete structure. The building is located on landscaped grounds in the center of Downieville, The prominent feature of the building  is the bright blue colored metal roof. The east front has a projecting two story porch with recessed entrance and four pillars on the first story. There are two canon on the porch. The second story is enclosed with a large clock below the hipped roof. On the south front side is a small porch with sloped roof, The second story is a recessed dormer with horizontal windows. On the north front, the building rises to the second story. In 1992, the jail portion was remodeled in three stages. The architect was Barnum Folsom of Sacramento and the contractor for the first work was M P Allan and the contractor for the final work was Casey Brandon Construction.

History:  A Yuba County satellite court was established in Downieville before 1852. The county was created in 1852 and Downieville was selected as the county seat. The first courthouse was designed by a committee comprised of H B Cossitt, Benjamin Hall, Allanson Smith and D G Webber and constructed by D G Webber in 1854 at a cost of $12,975. The building burned in 1947. The second and present courthouse was constructed in 1948 to 1954. The bid by Paul I Jenks was $77,114 and additional changes were made during the lengthy construction period. 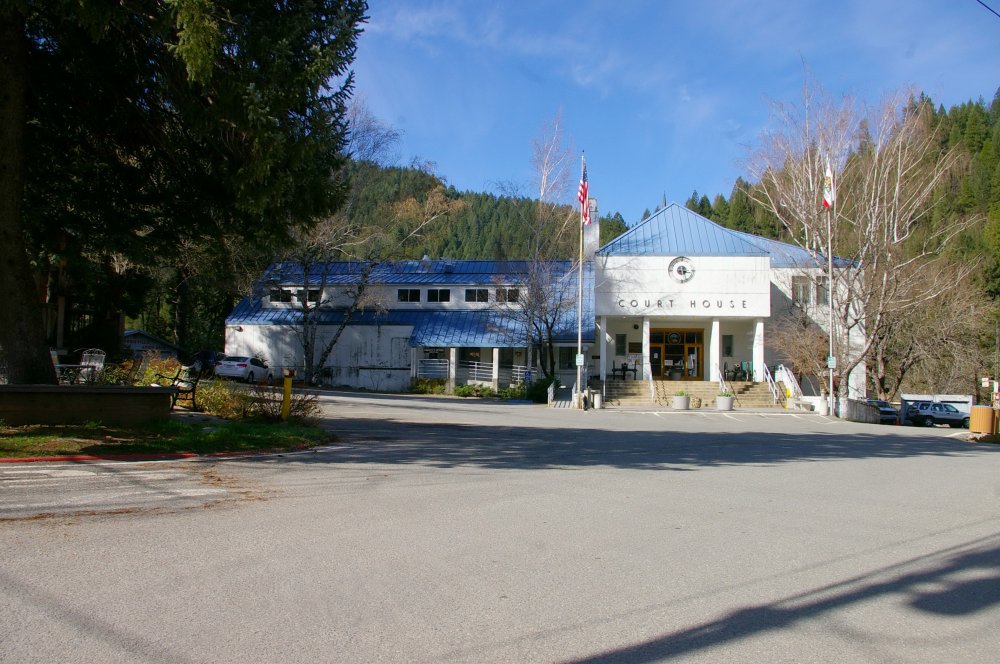 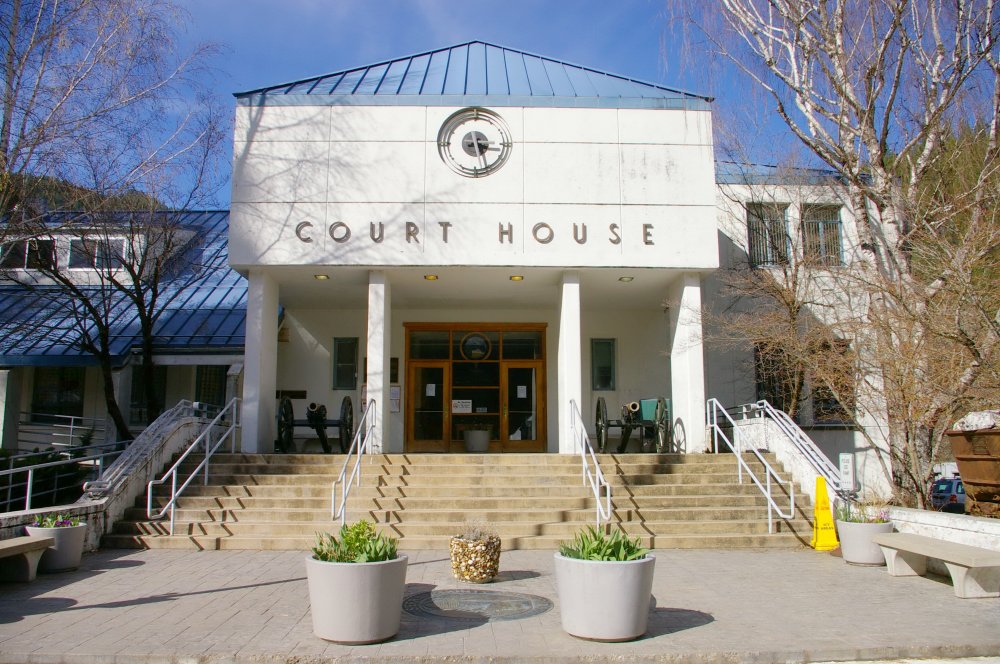 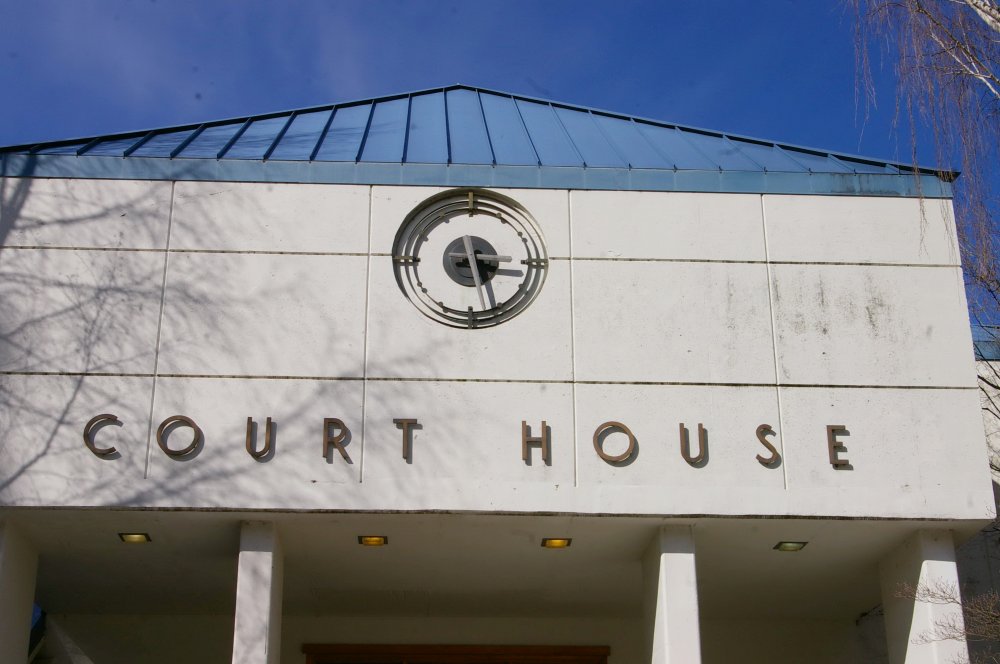 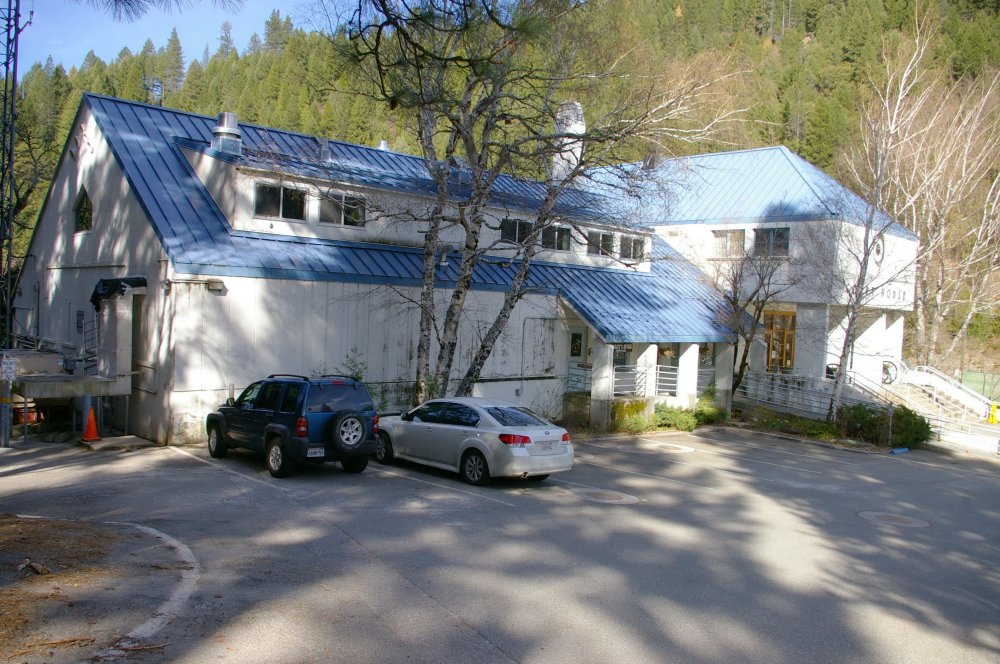 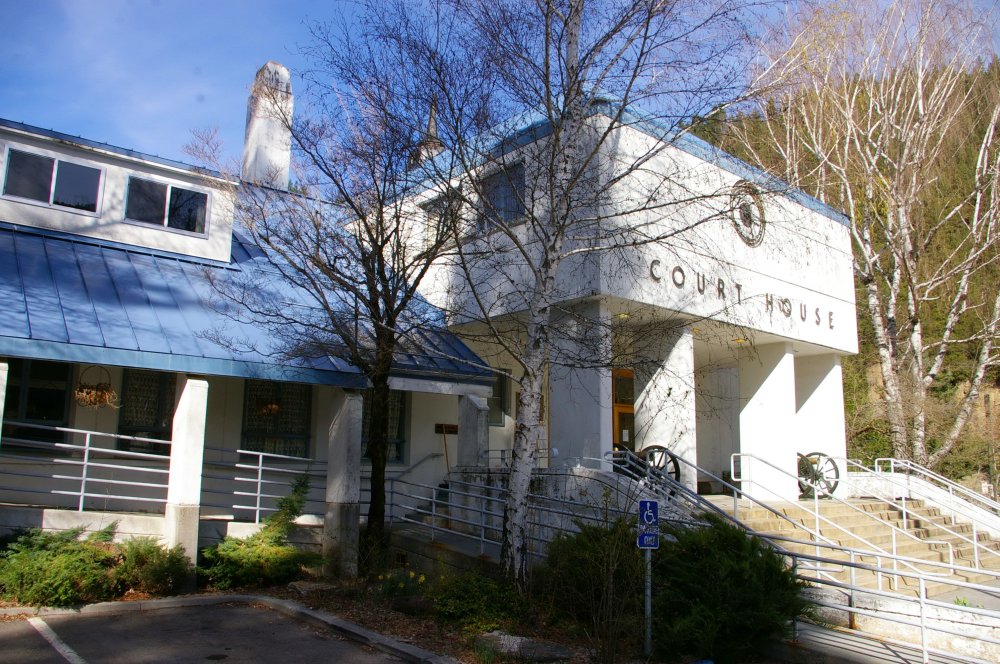 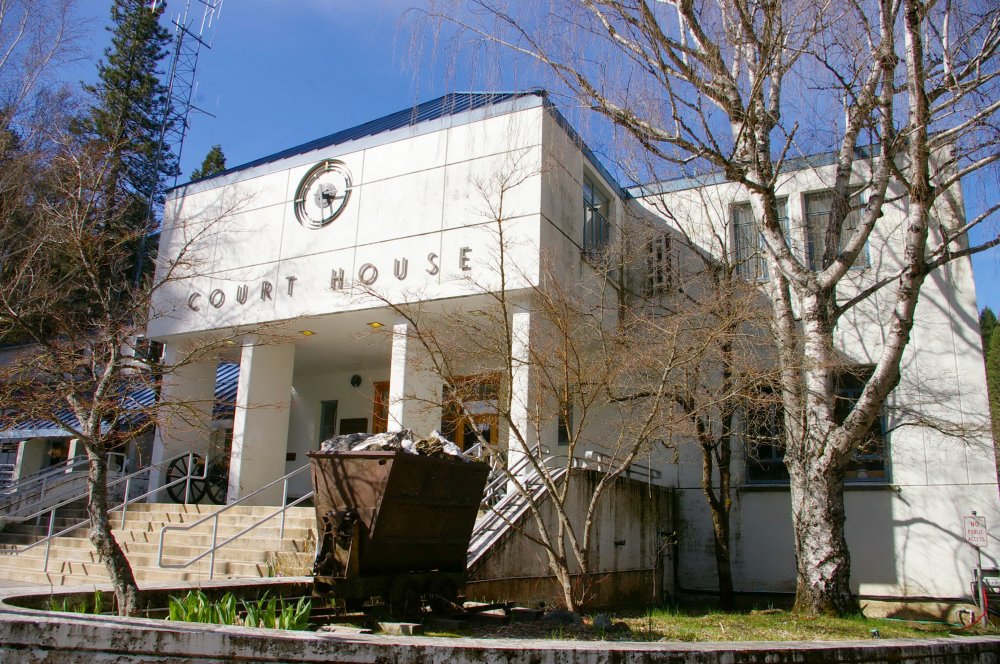 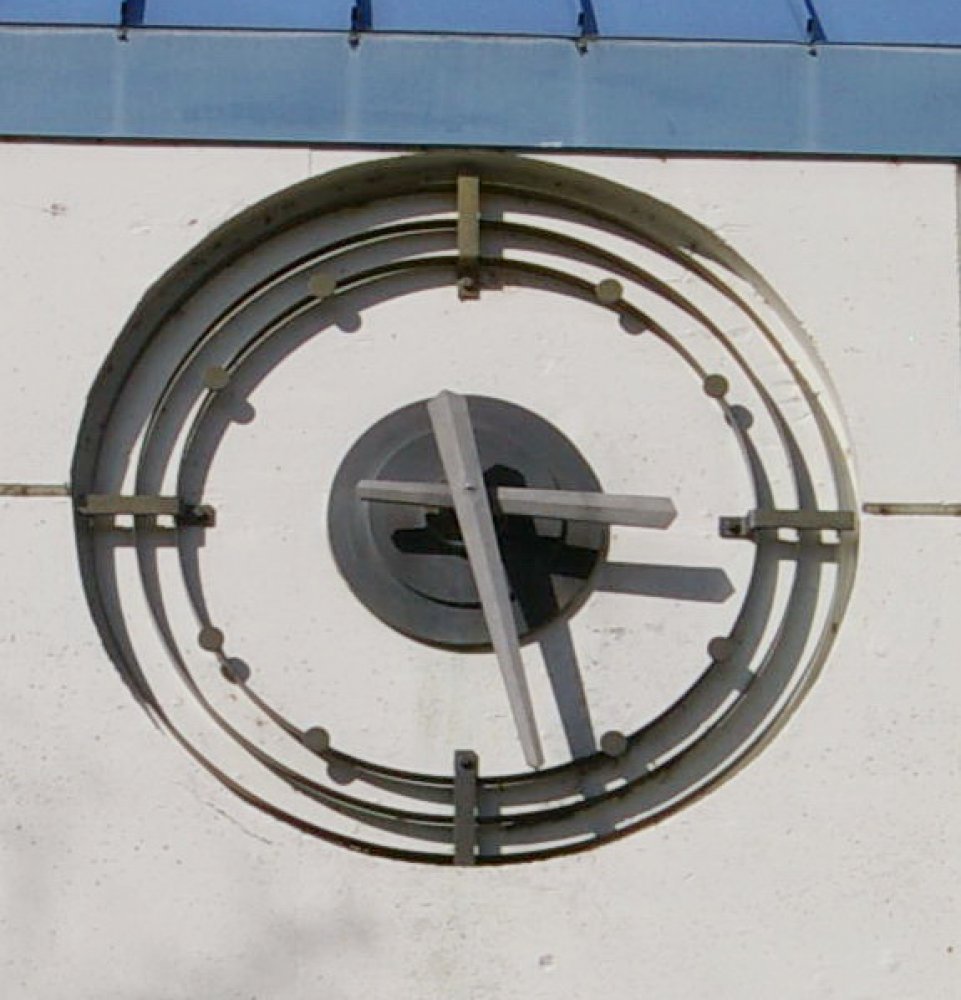 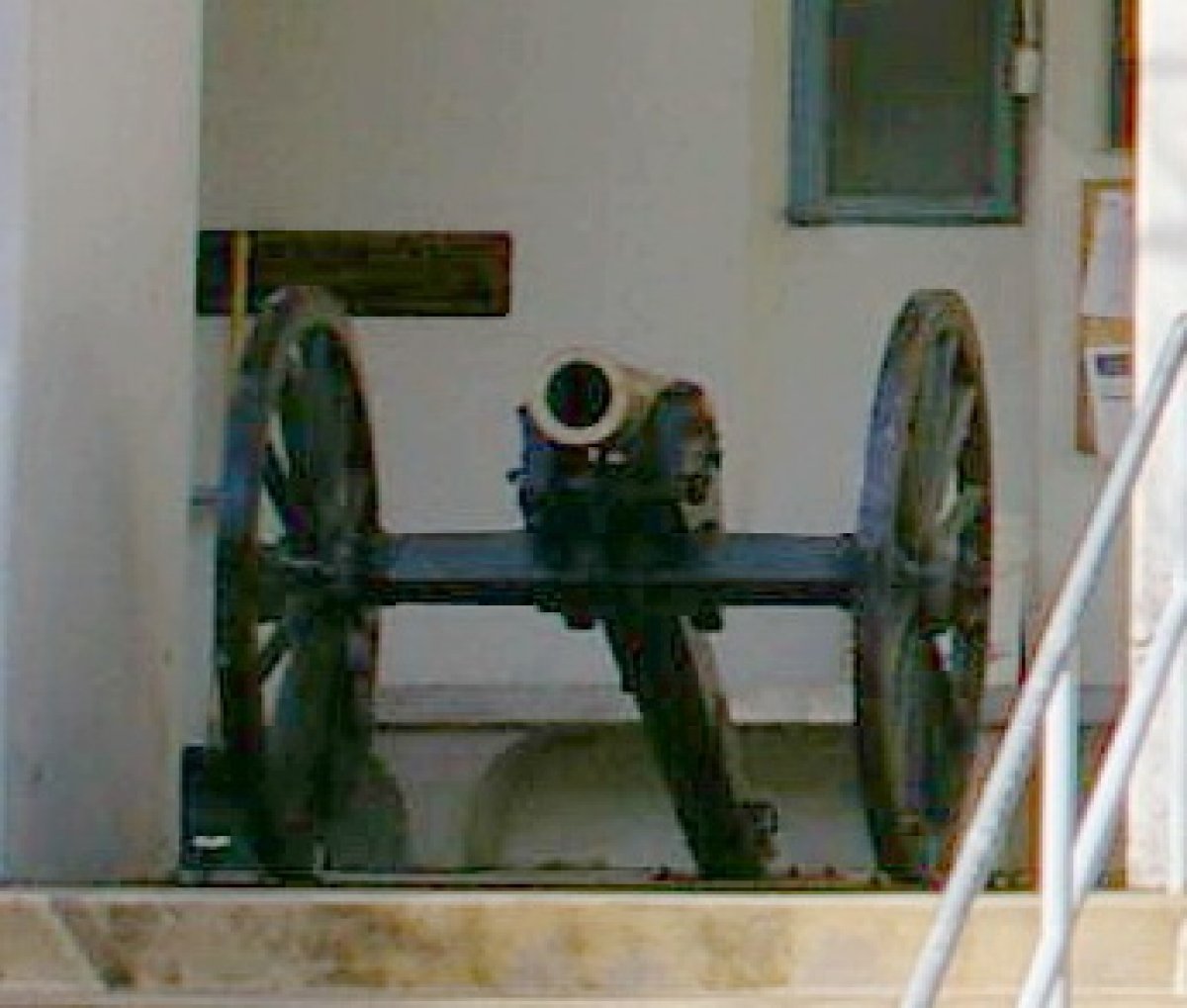 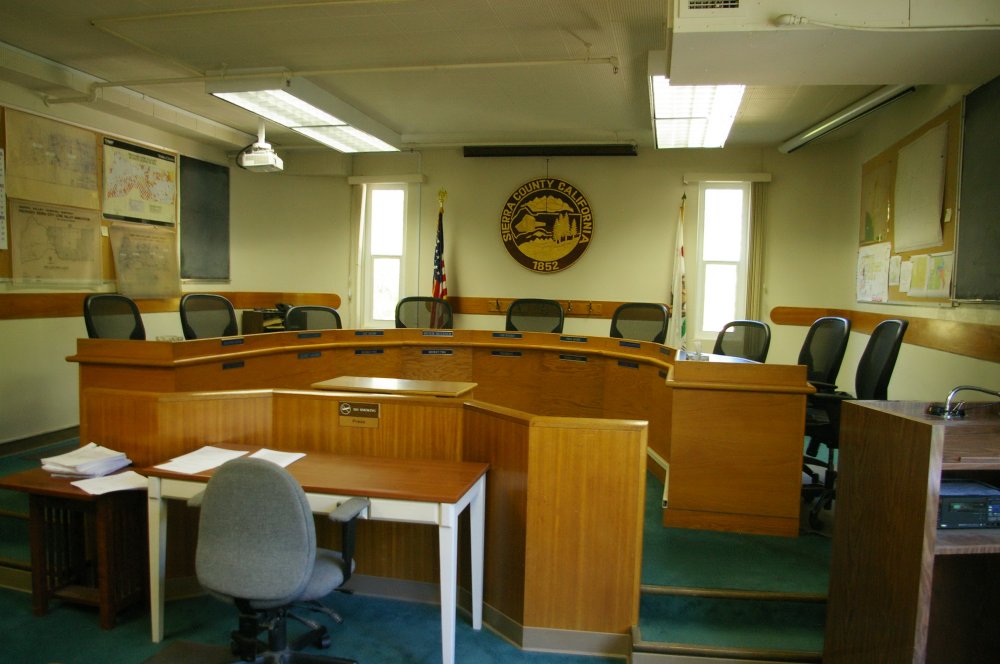 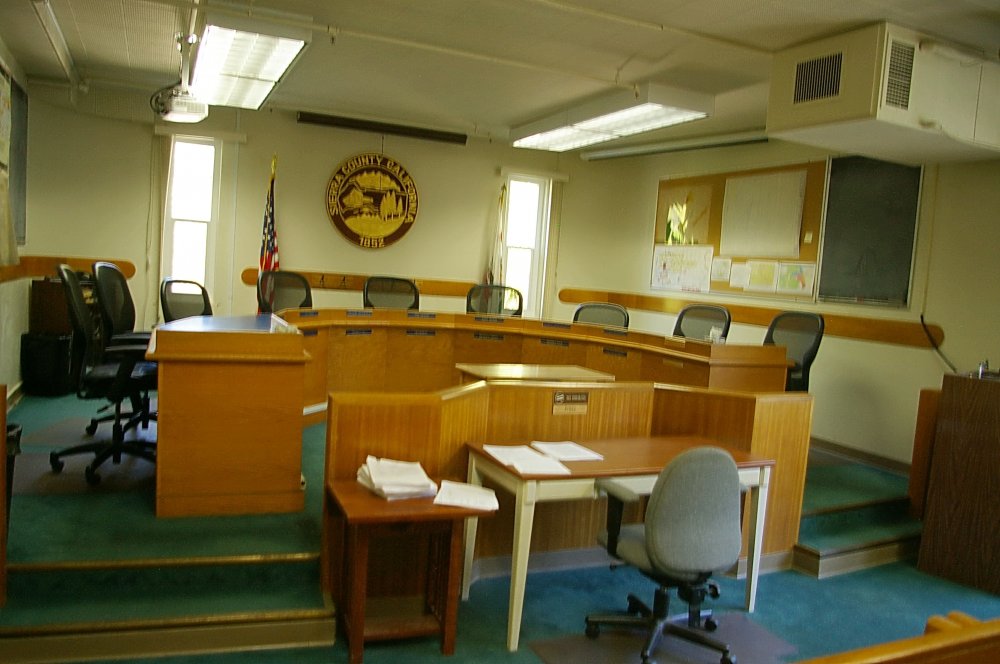 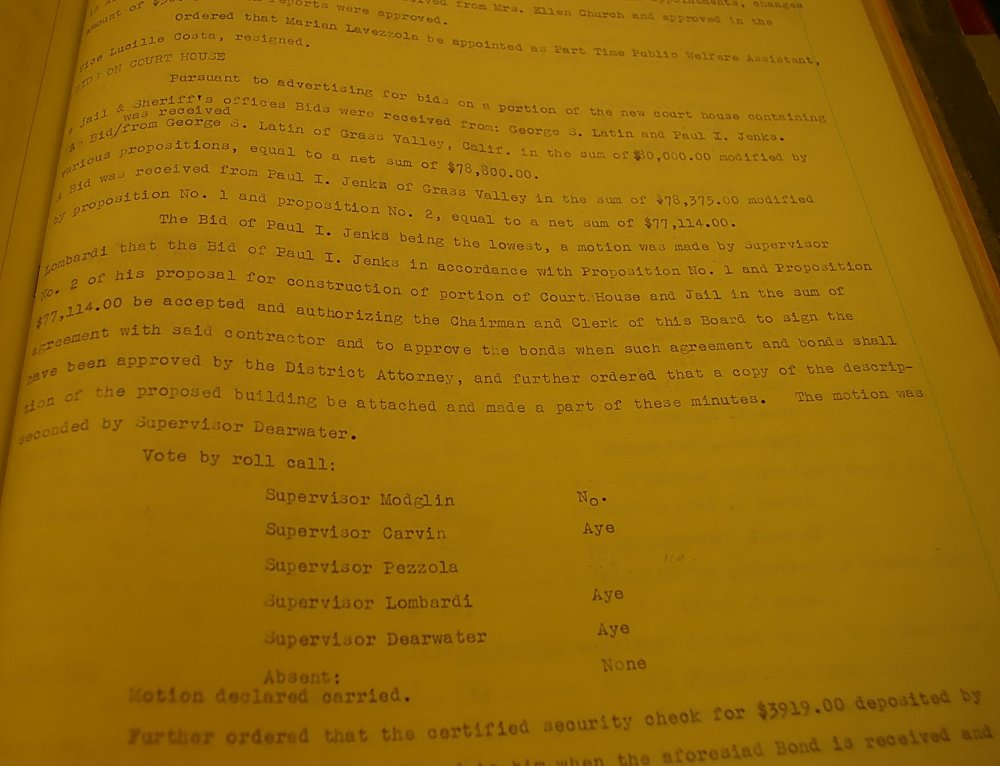 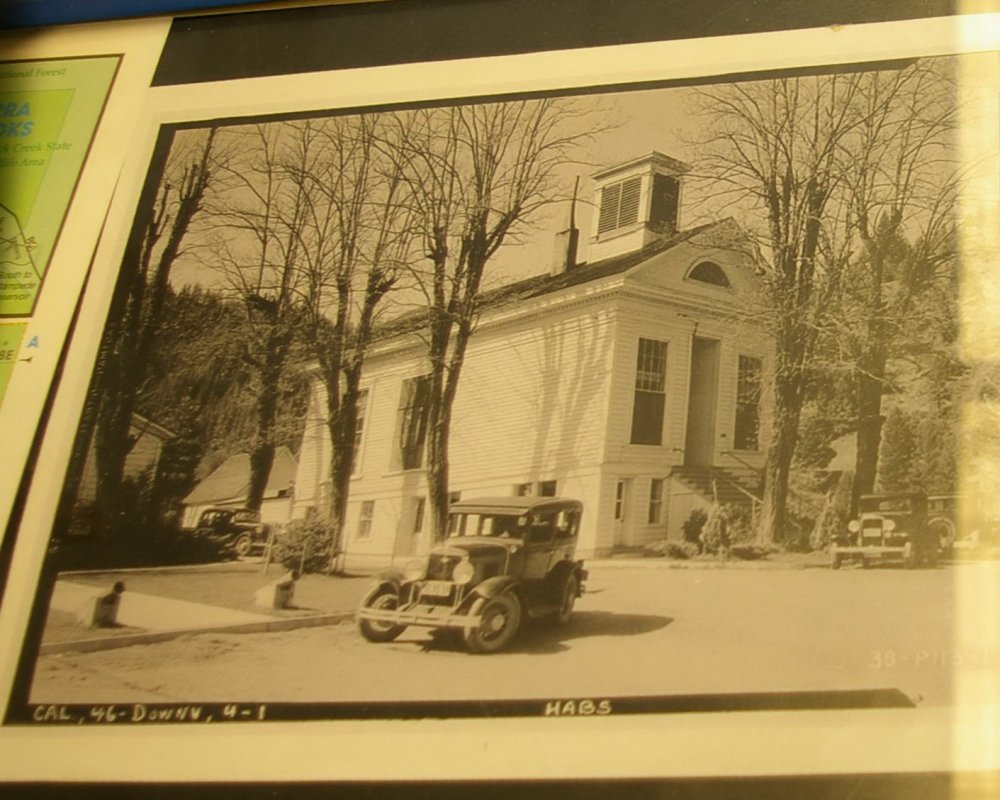 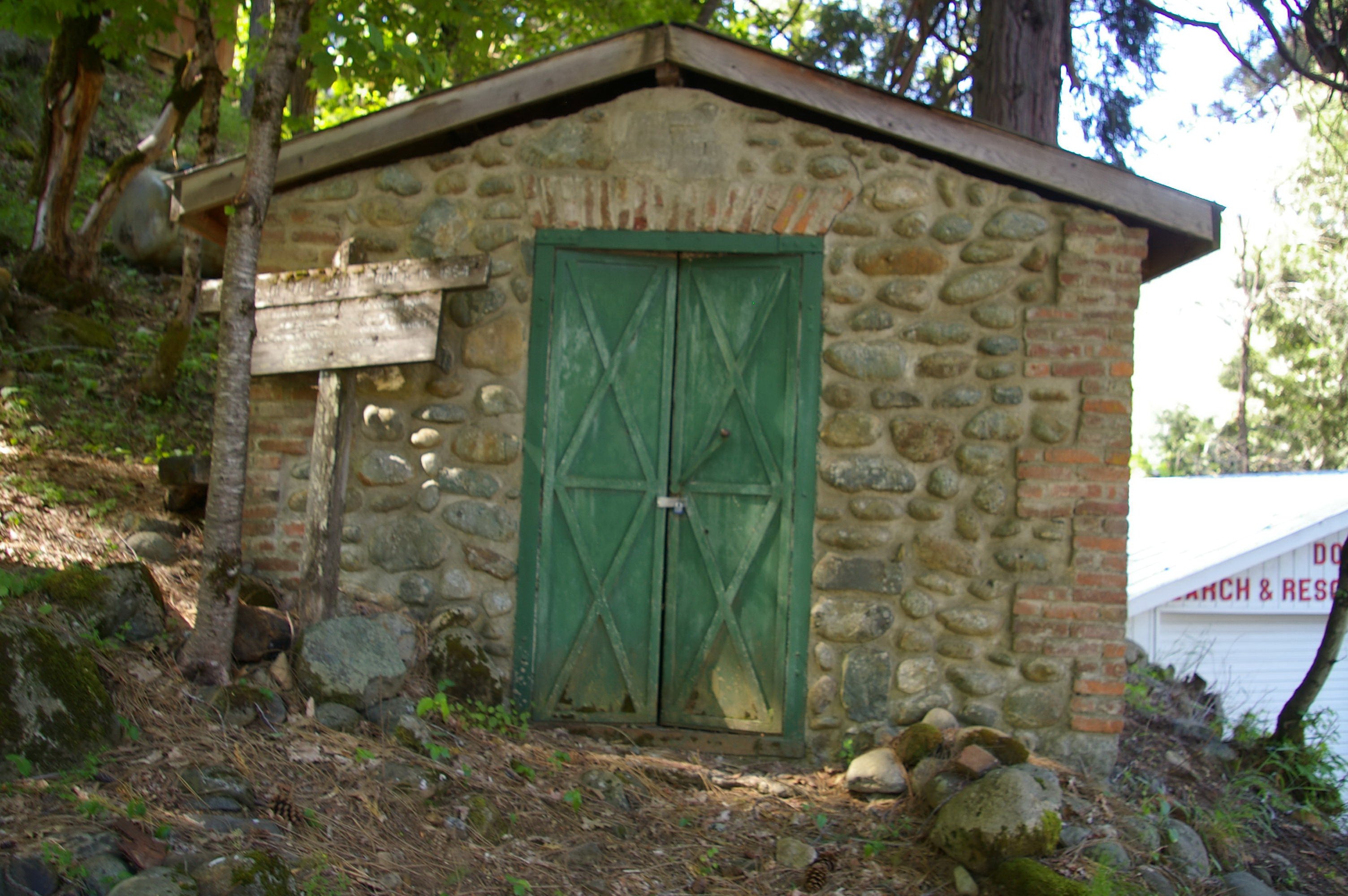