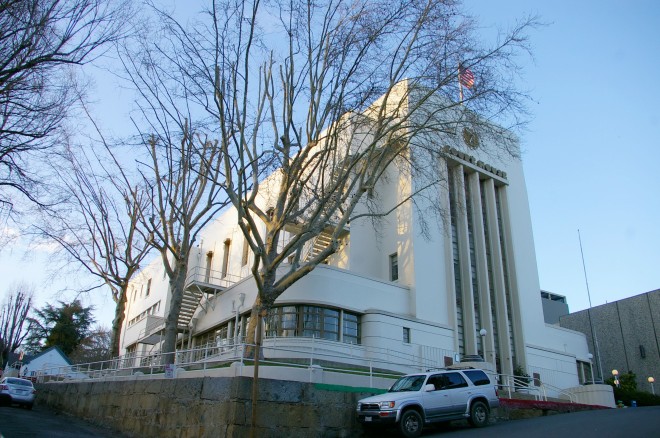 Nevada County is named for the Spanish word meaning “snowfall”. 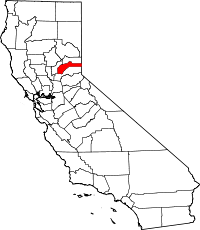 Description:  The building faces southeast and is a four story concrete and glass structure. The building is located in the center of Nevada City. The building has a central tower with lower wings. The southeast front has a central entrance with three high vertical concrete dividers with glass panels between. At the top is a clock. On the east and west sides of the front are one story wings with curved glass windows. The roof line is flat. The building houses the County Superior Court. During construction, the supervisor was Robert Steger. On the east side is the Courthouse Annex constructed in 1964. The architect was Mau & Barnum. 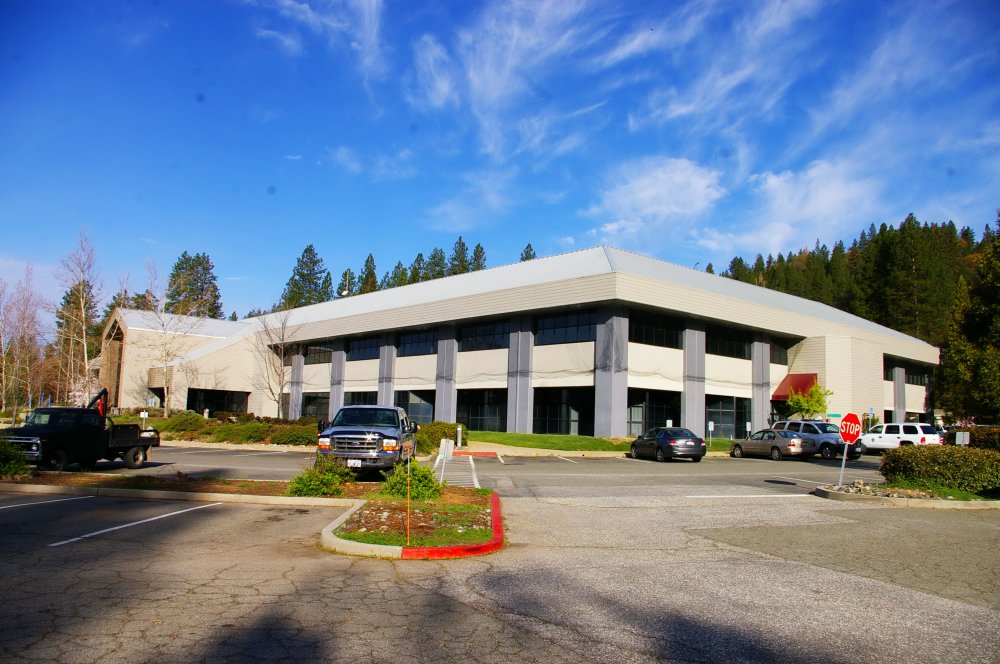 Description:  The building faces south and is a two story concrete and glass structure. The building is located on landscaped grounds to the nortwest of the center of Nevada City. The south front has a large projecting section with peaked roof and glass paneled wall with entrance on the first story. There are vertical pillars along the exterior walls with a wide horizontal division between the first and second stories. The sloped roof overhangs the building. 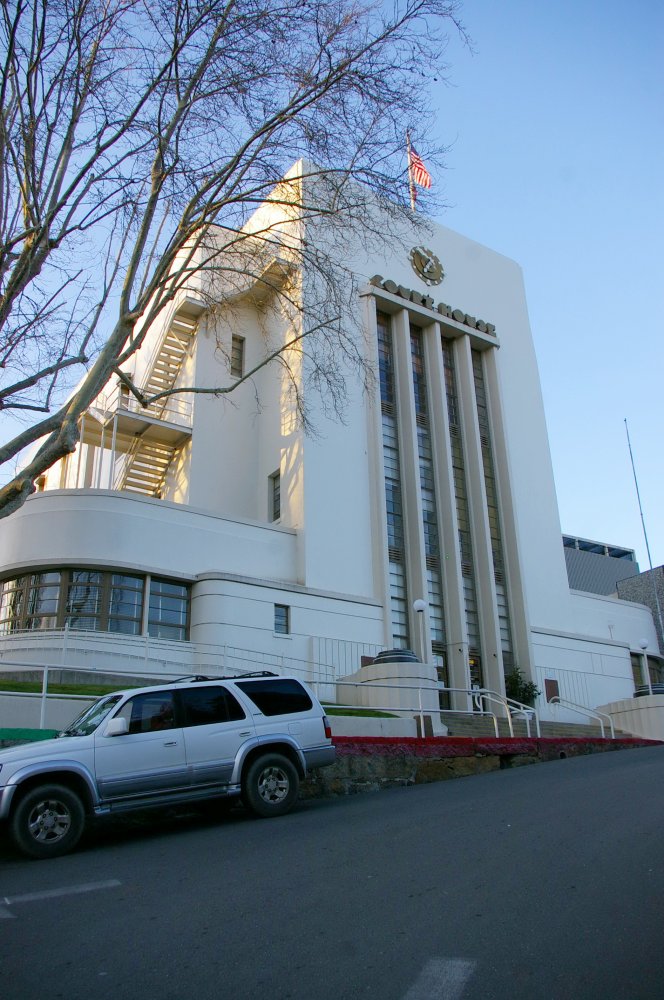 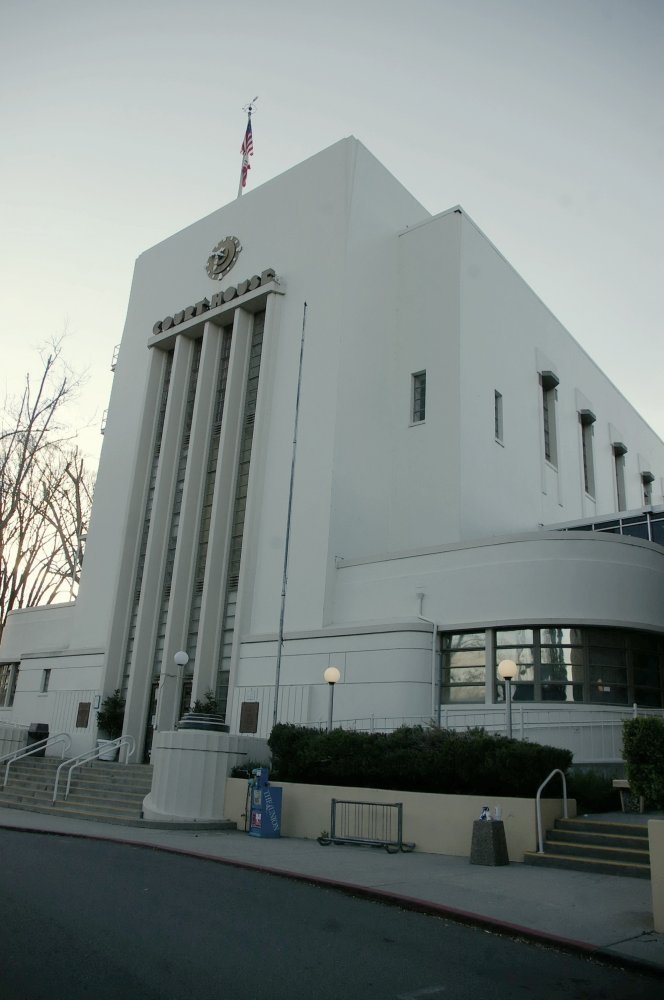 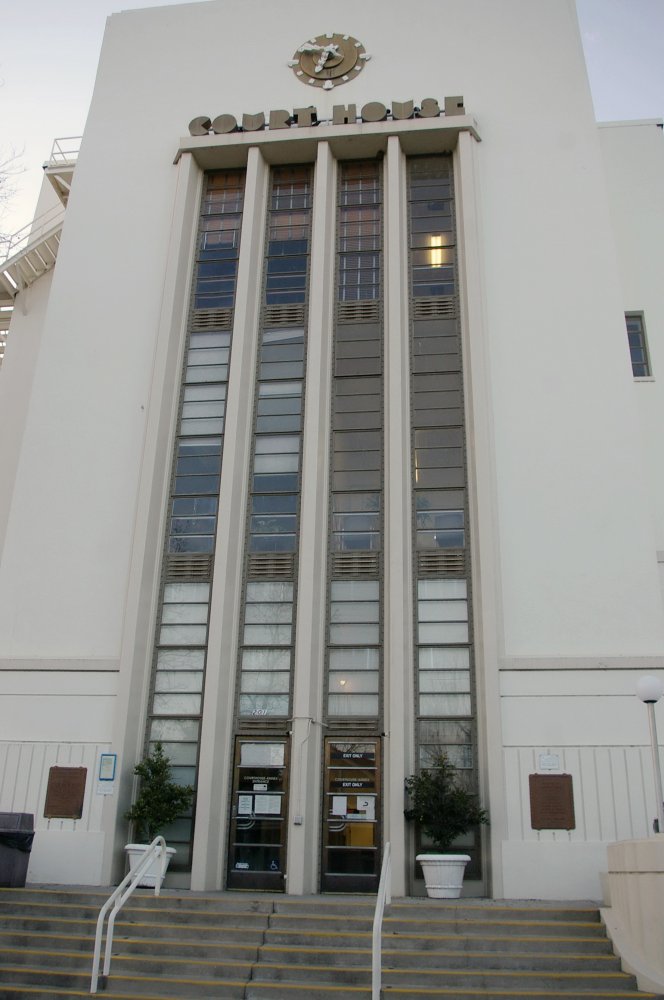 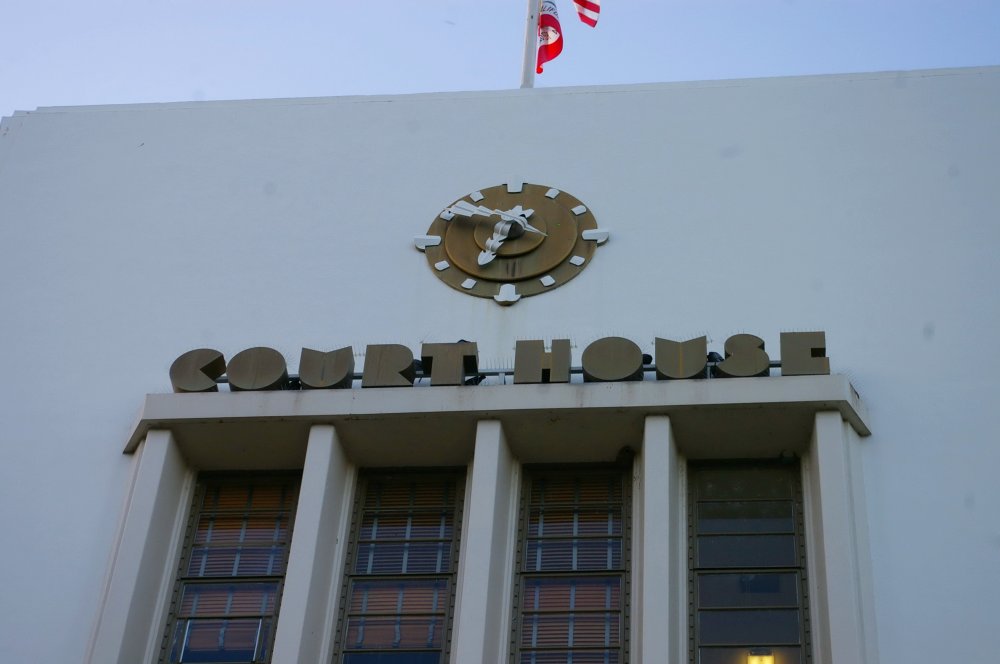 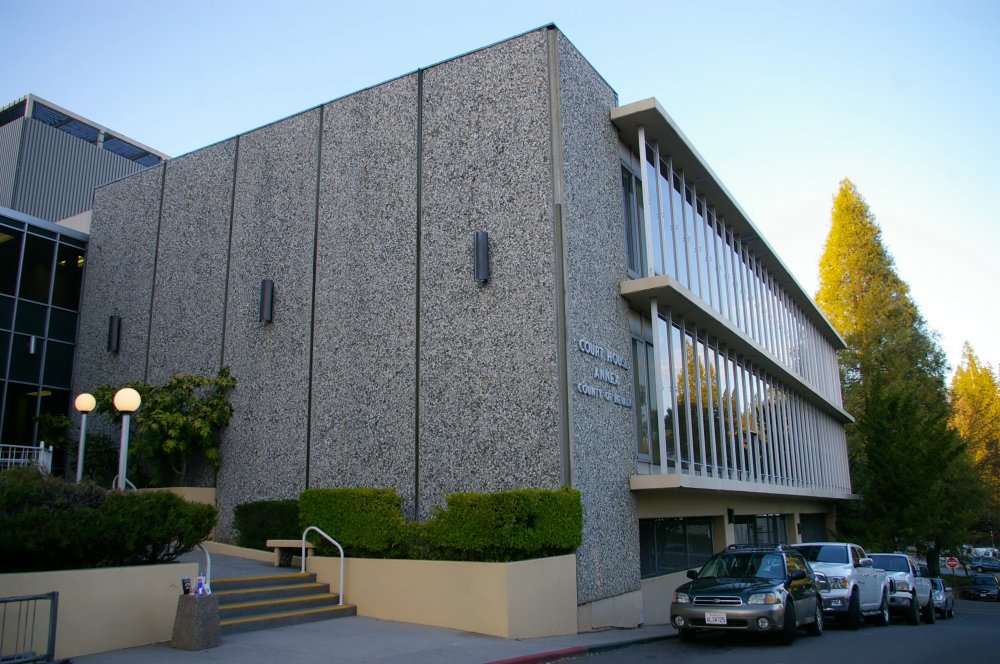 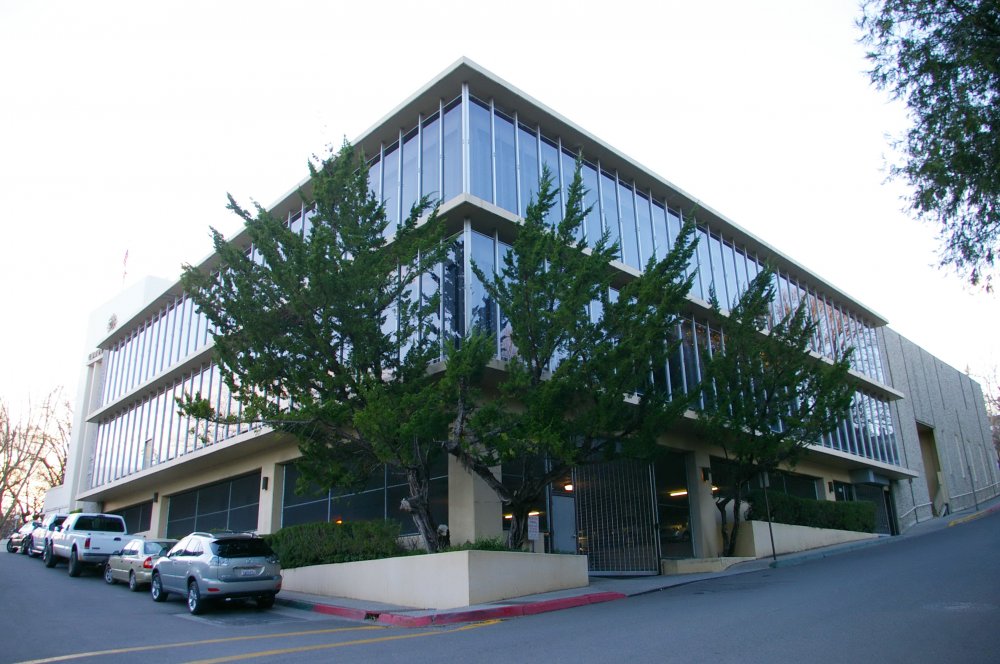 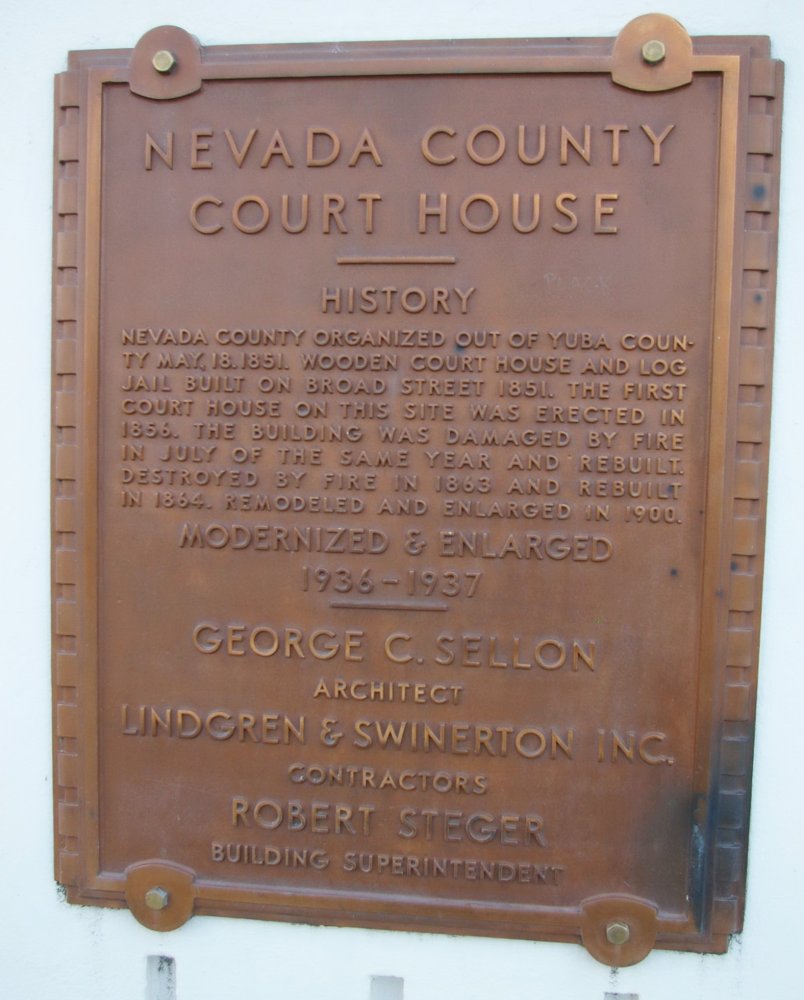 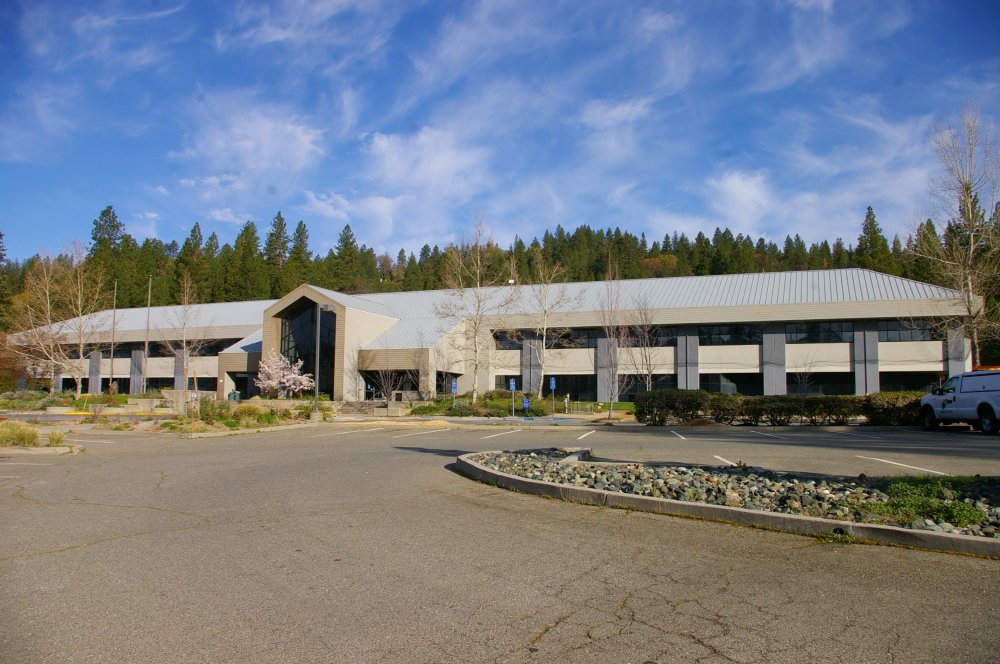 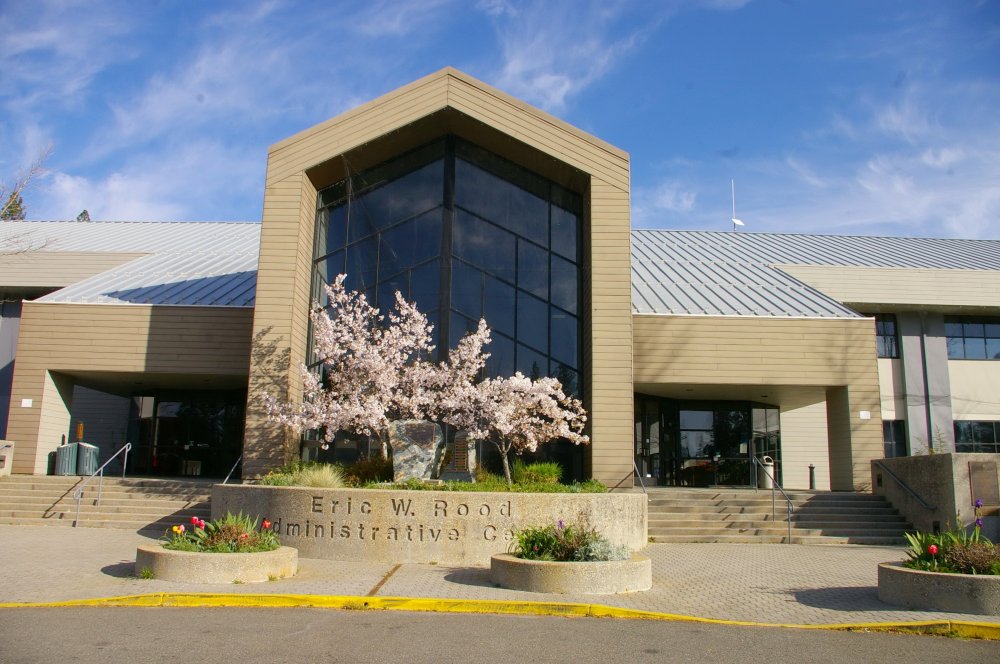 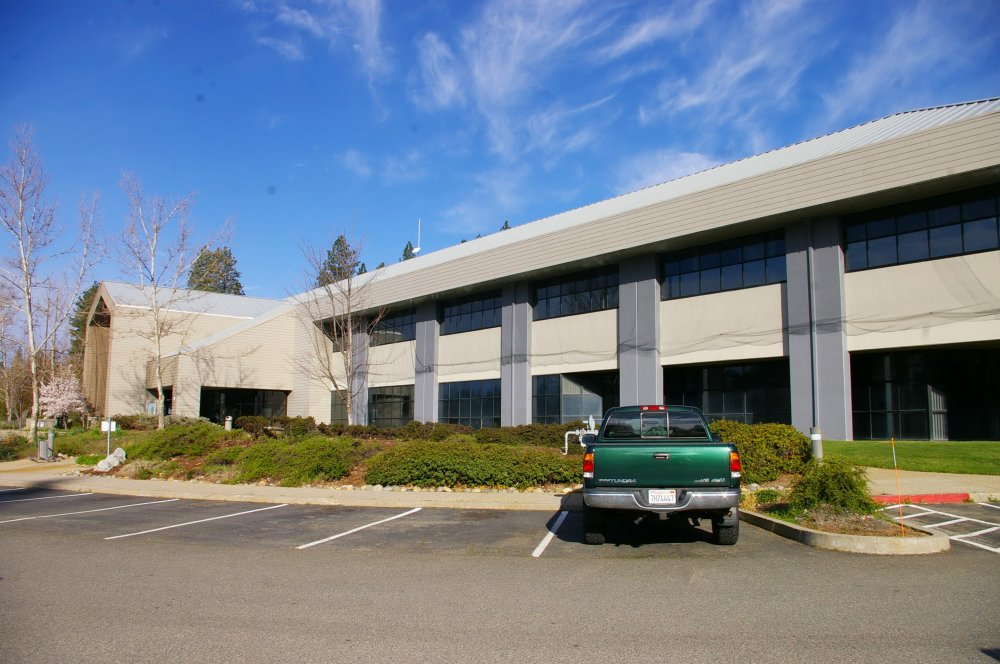 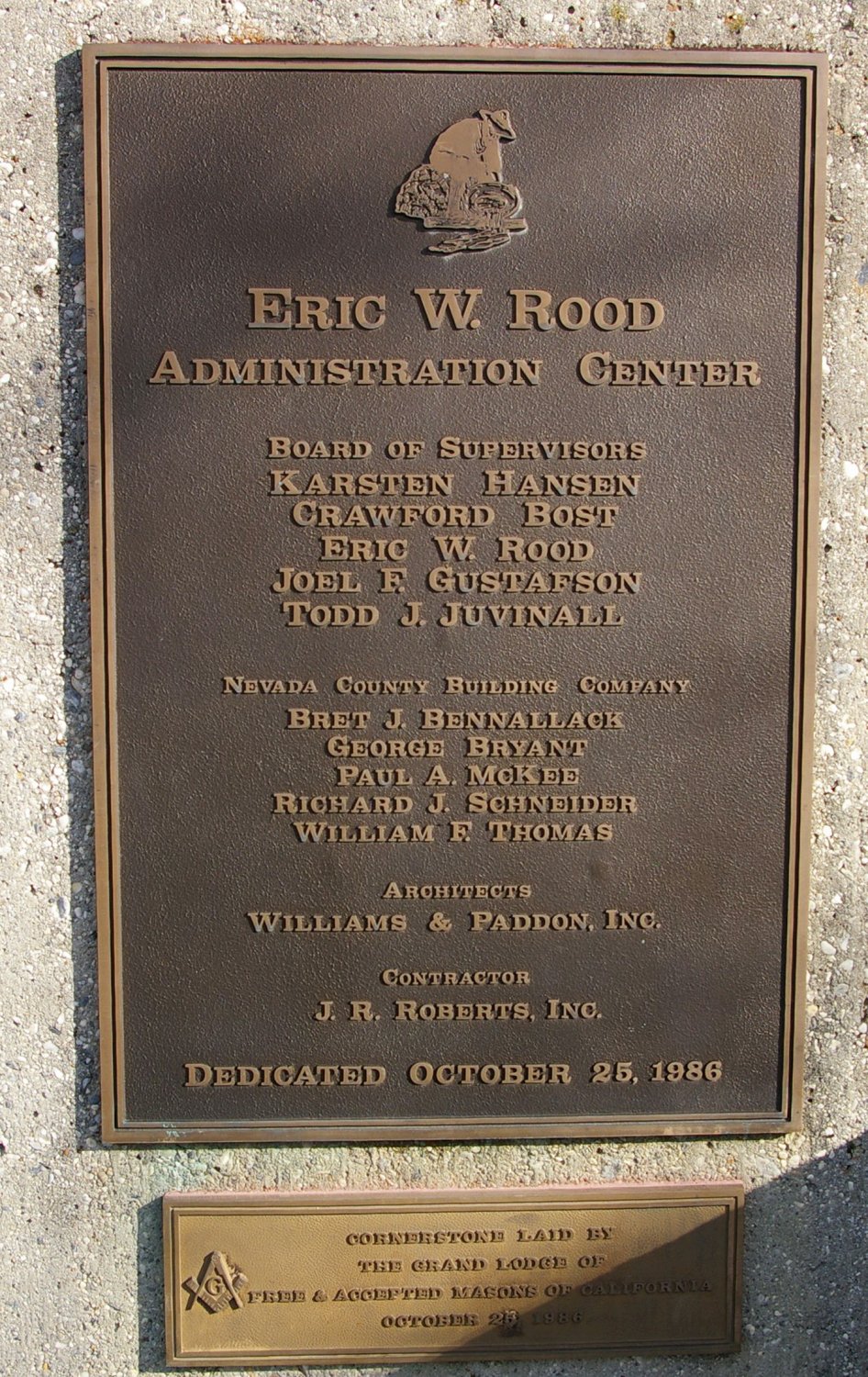