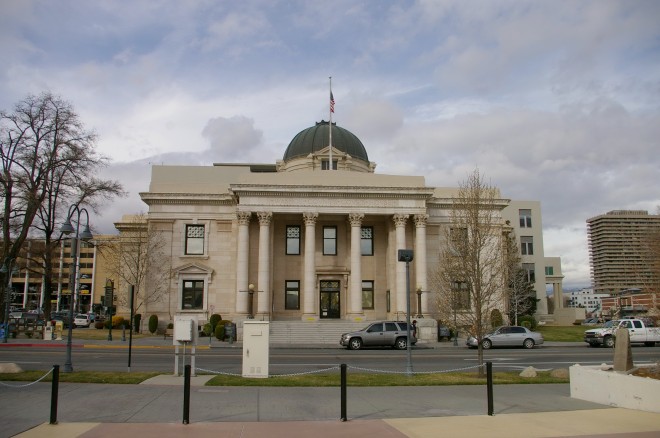 Washoe County is named for the Washo Indian tribe that inhabited the area. 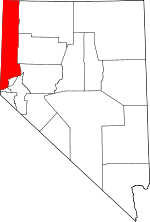 Description:  The building faces east and is a two story stone structure. The east front has a large portico supported by six Corinthian columns that rise to a wide header. The recessed entrance has stone framing. A wide cornice runs below the roof line. On the center of the roof is a large dome with black colored copper roof. The building incorporates the red colored brick walls of the 1871 to 1873 courthouse. Additions were added in 1946 with construction of the north wing and in 1949 with construction of the south wing. Frederic J DeLongchamps designed these additions to either side of courthouse. The new wings replicated the design of the original building. A large modern five story addition was added at 75 Court Street on the west side in 1963 to 1964. The modern building is a five story concrete and glass structure. The architect was DeLongchamps, O’Brien and Wells and the contractor was L E Dixon Company and J H Tiberti Construction Company. Description:  The building is a six story concrete and glass style rectangular structure on the south and a three story concrete structure on the north with a connecting two story building. The buildings faces east and are located in the center of Reno on the west side of the courthouse. The east front has a central plaza area with glass entrance. The roof line is flat. The building houses the Justice Court, City of Reno Municipal Court and court offices.

History:  The first courthouse was a brick structure erected in Washoe City after 1861. The county seat was moved to Reno in 1871 and a red colored brick Italianate structure was designed by James Z Kelly and built by Septimus F Hoole as the second courthouse from 1871 to 1873. The third and present courthouse was constructed in 1909 to 1911 incorporating part of the second courthouse. The Justice Center was constructed in 2004 to 2006. 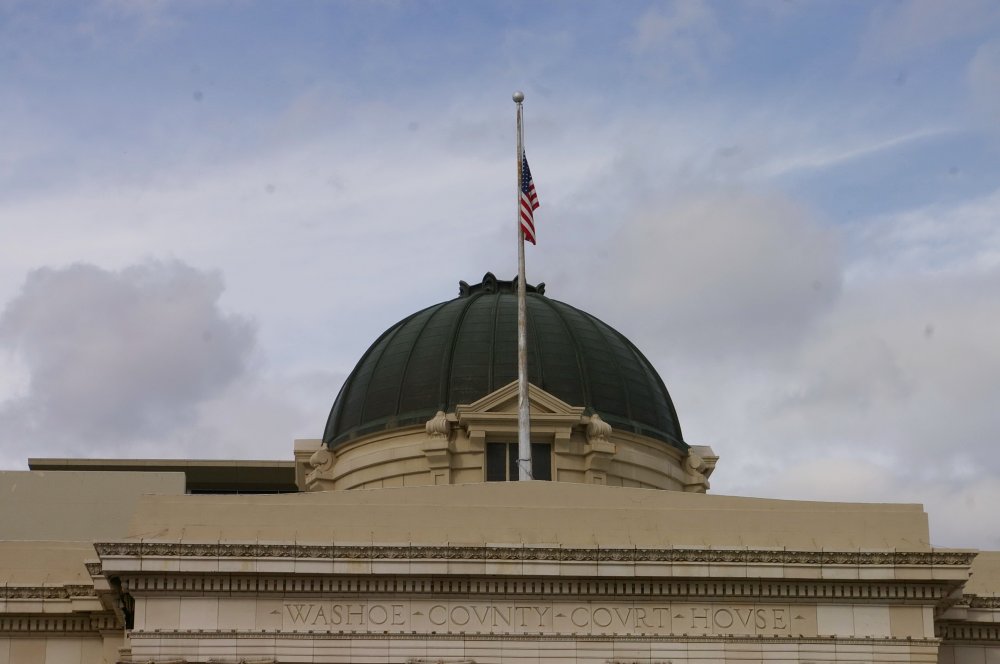 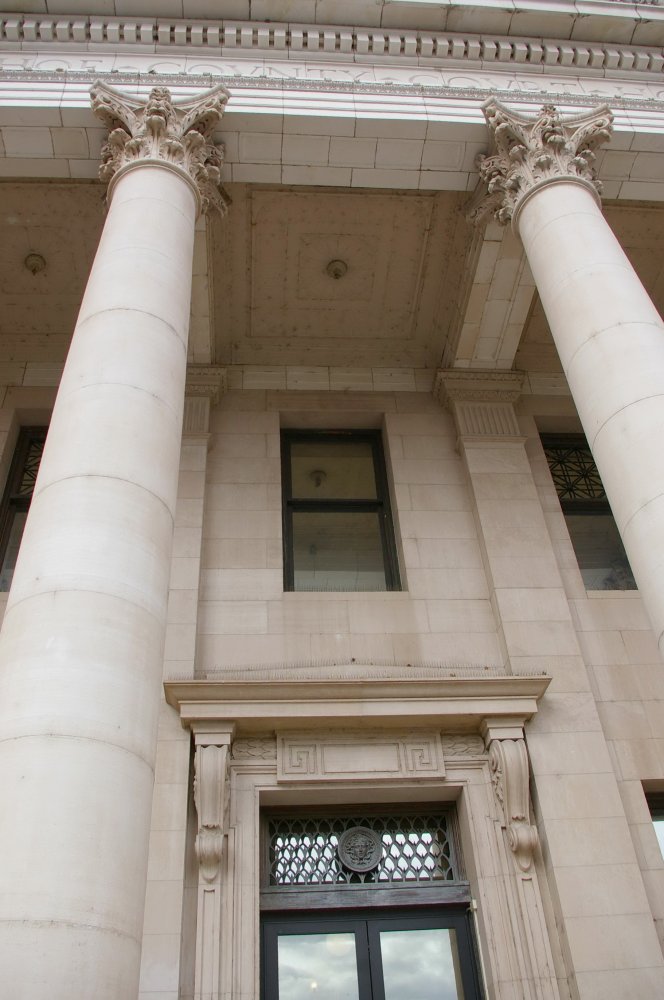 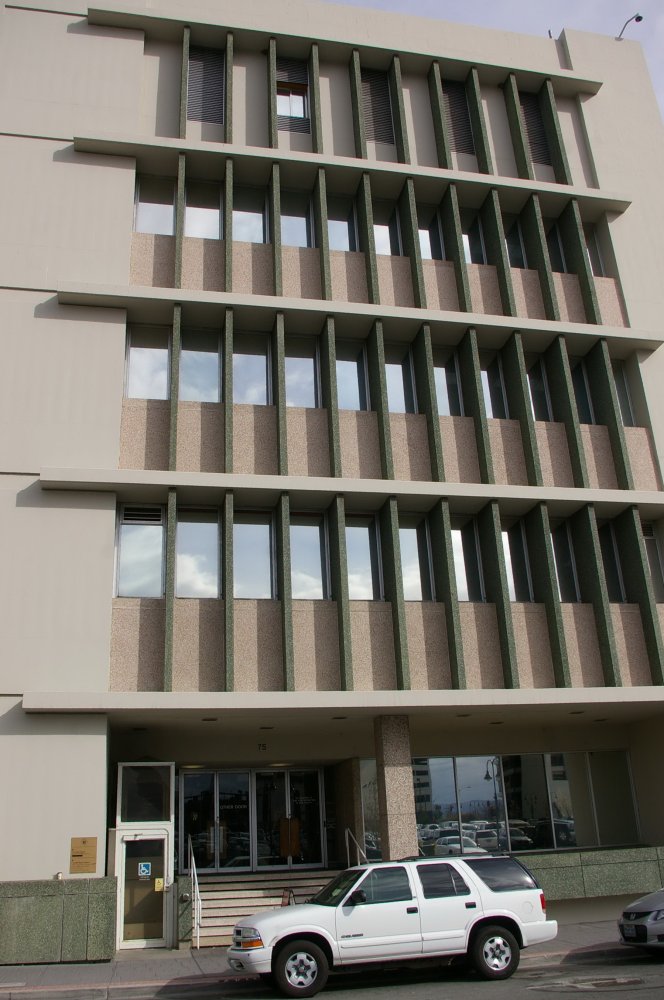