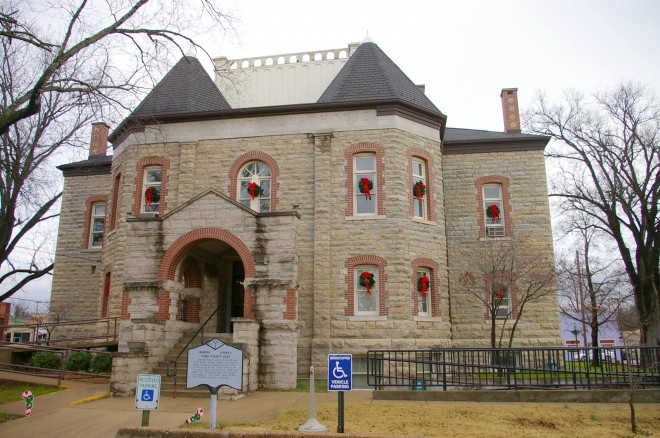 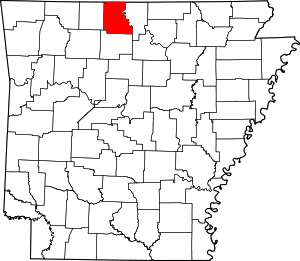 Description:  The building faces south and is a two story buff colored stone and concrete structure. The building is located on landscaped grounds in the center of Yellville. The south front has a projecting center section with a porch having an arched entrance on the first story and recessed doorway. On the second story above the porch, is an arched window. Octagonal steep roofs are at each corner of the front section with a square rectangular section behind on the roof top. The building forms a cross with an east and west wing. To the east is the one story brick Marion County County Complex. 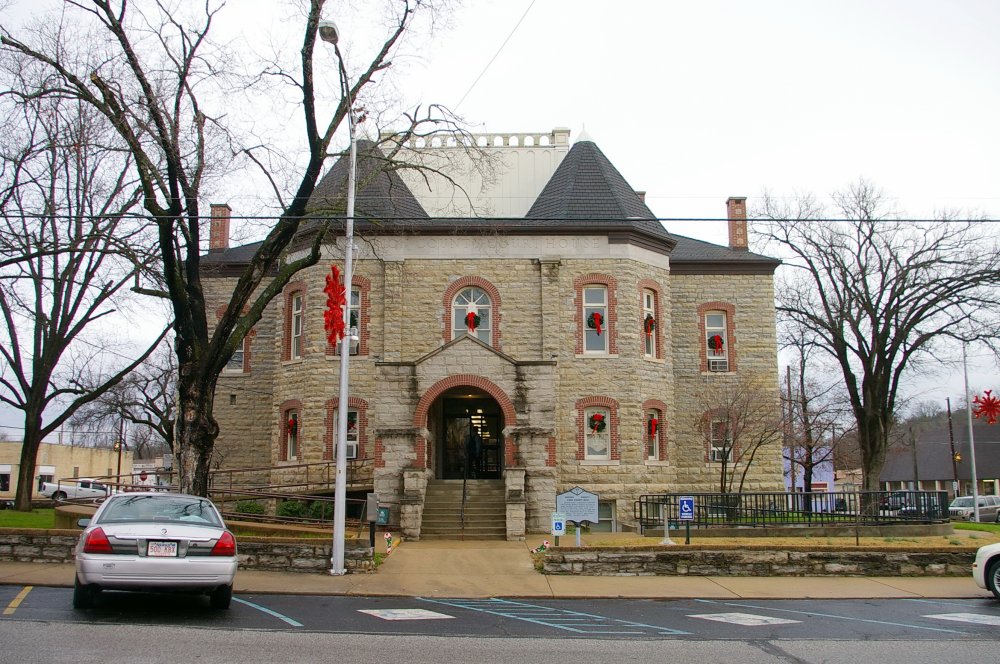 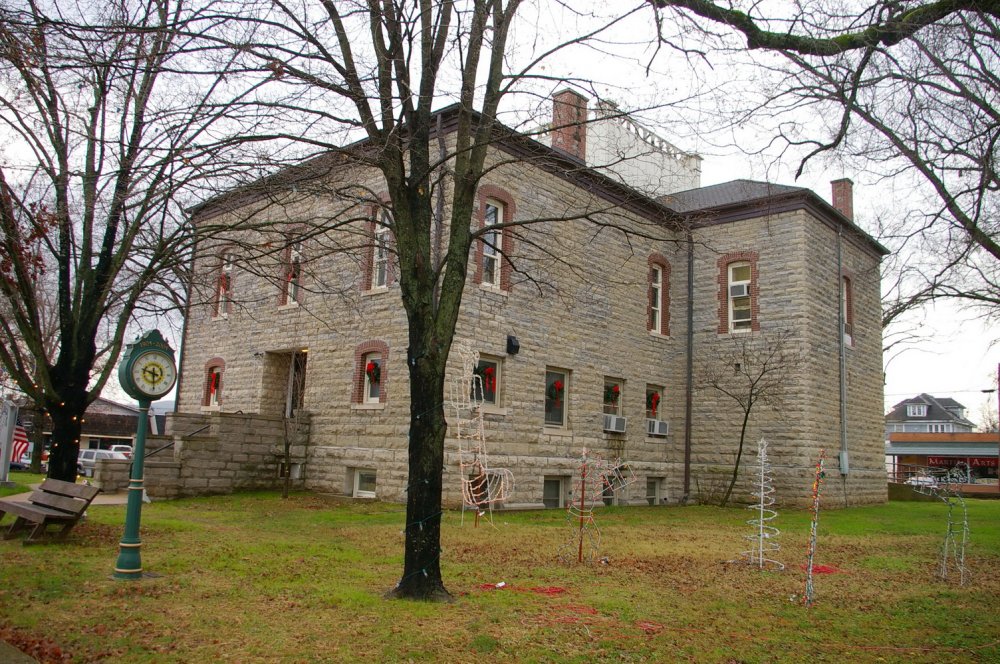 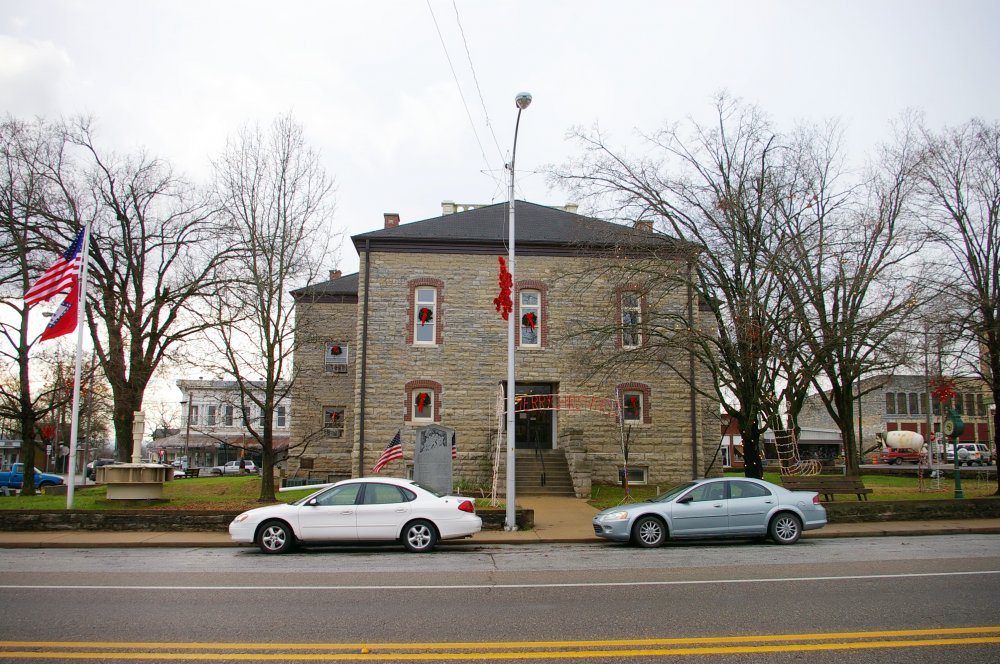 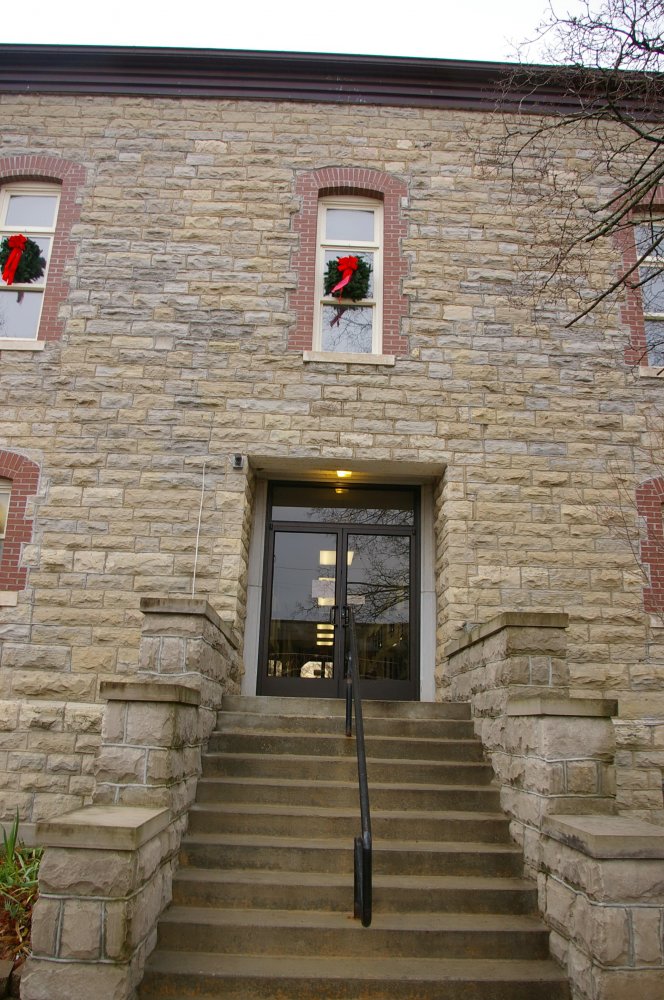 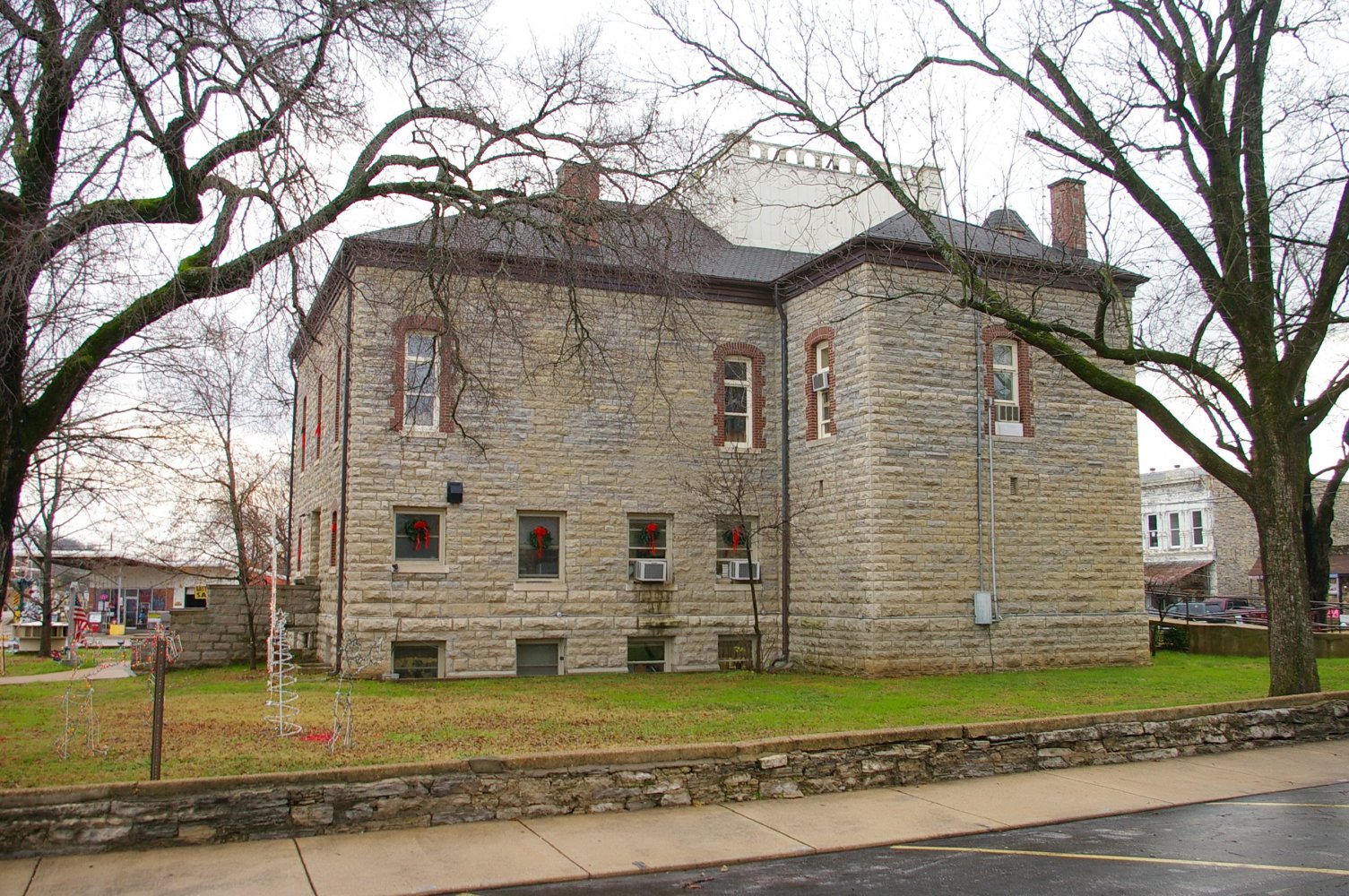 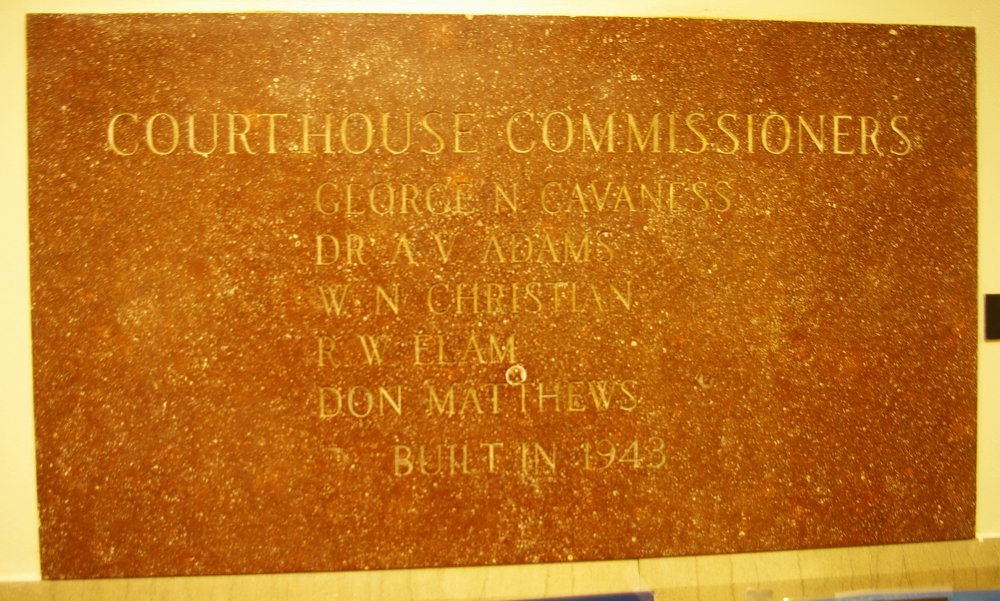 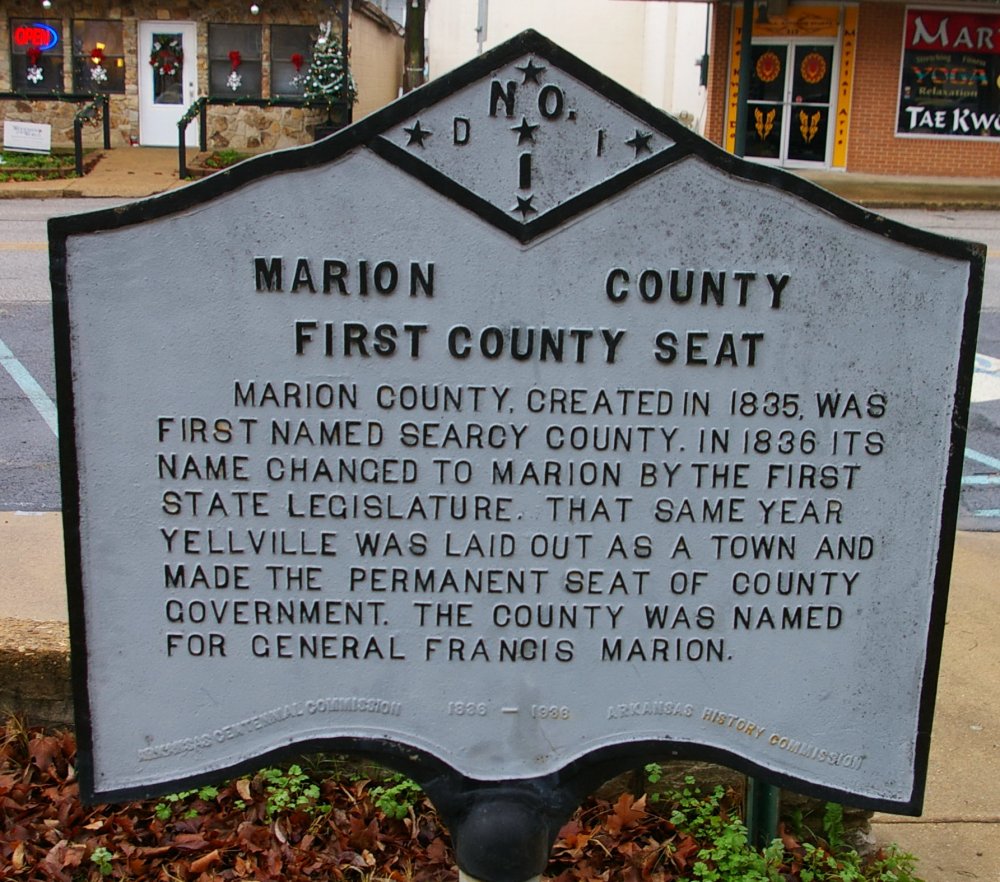