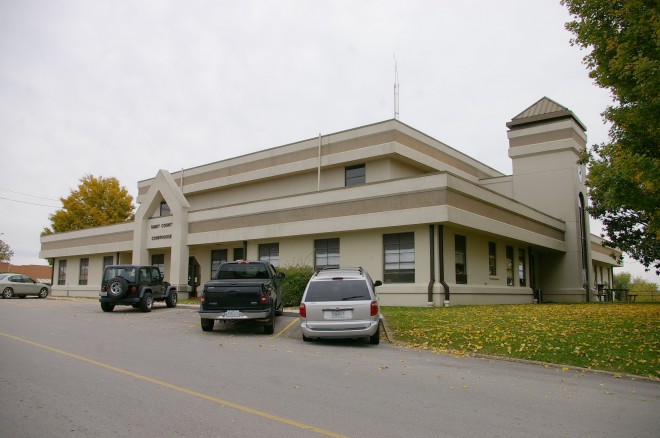 Taney County is named for Roger Brooke Taney, who was the fifth Chief Justice of the United States Supreme Court.

Description: The building faces south and is a two story cream colored stucco and cinder block structure. The building is 116 feet square with an open center courtyard. The south front has a square tower at the central entrance with a large arched window. The upper part of the first story extends out from the building and the second story is recessed with a similar overhang. 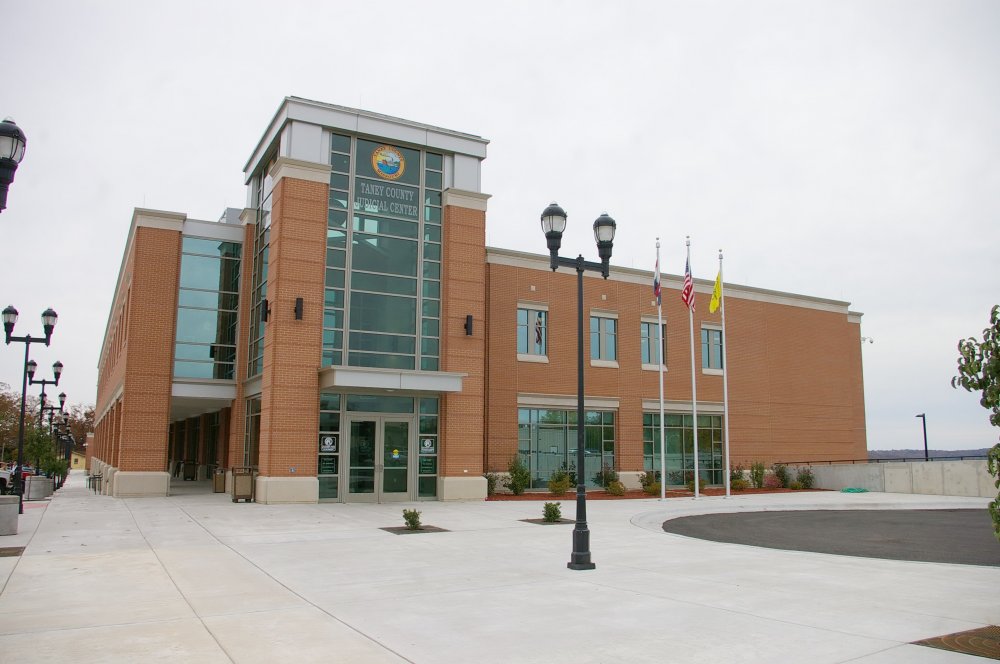 Description: The building faces west and is a two story red colored brick, stone and concrete structure. The west front has a square glass and brick tower. The first story is recessed with brick pillars along the north side. The roof line is flat. 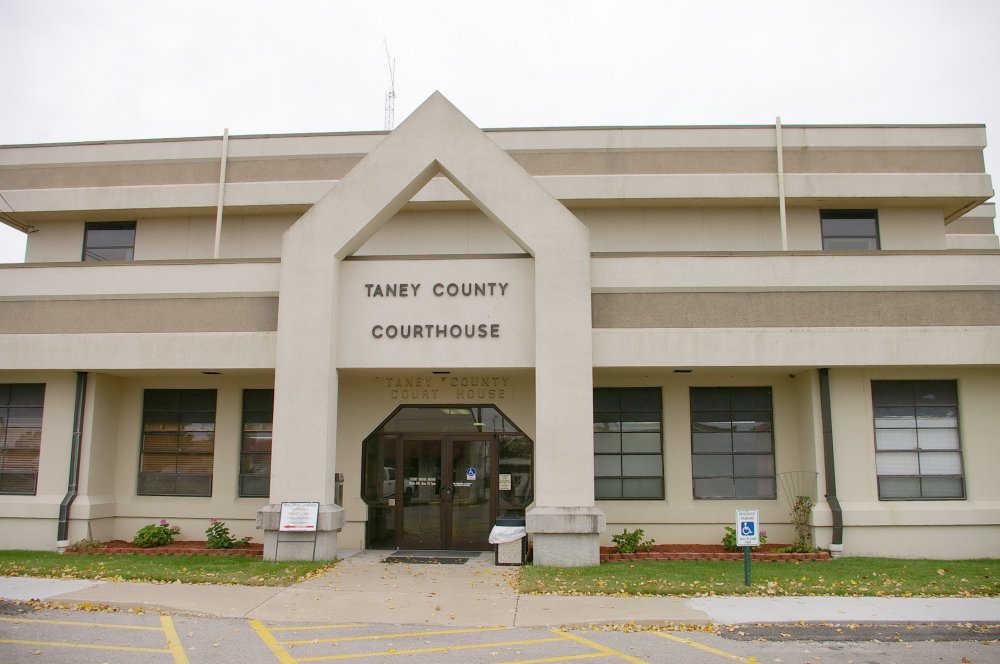 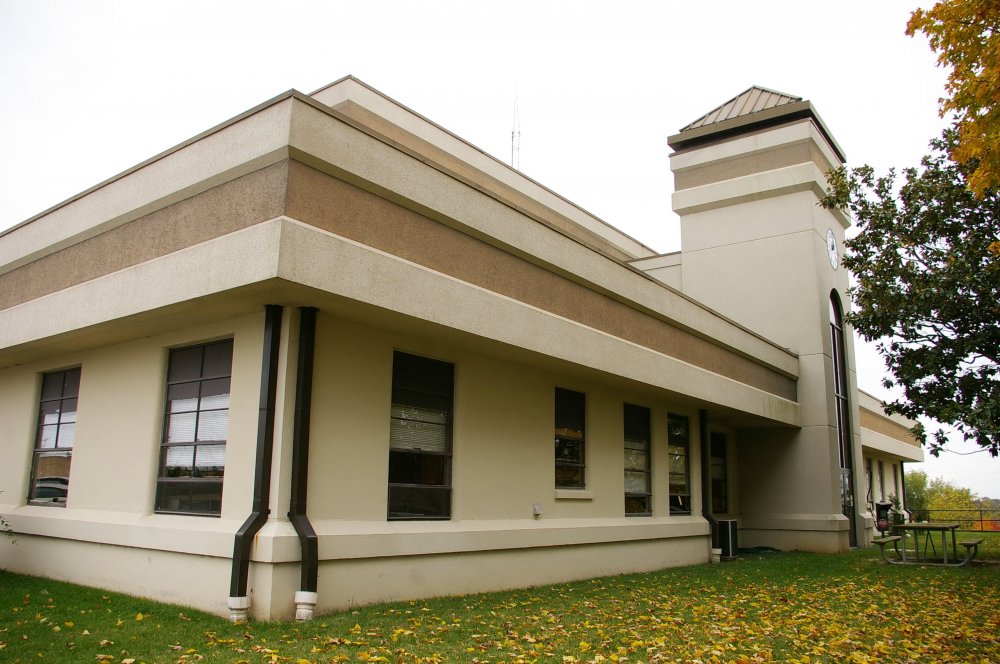 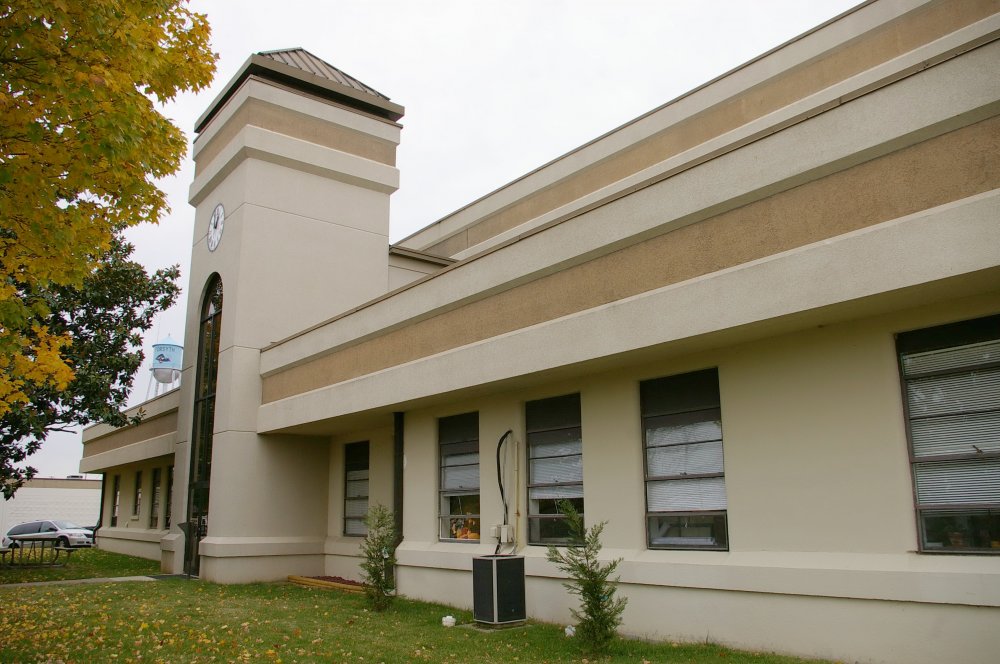 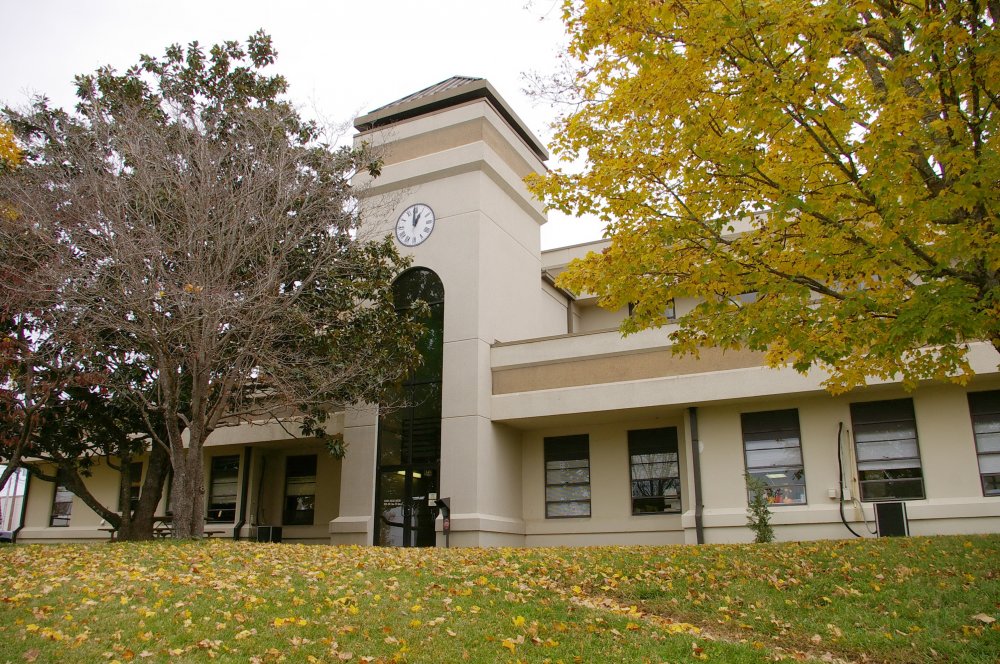 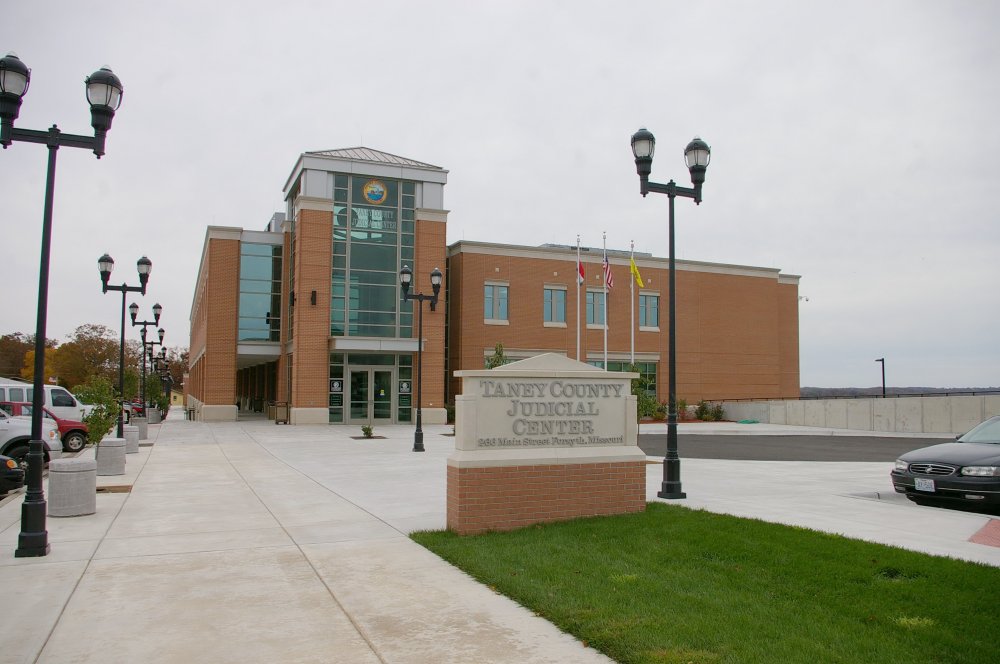 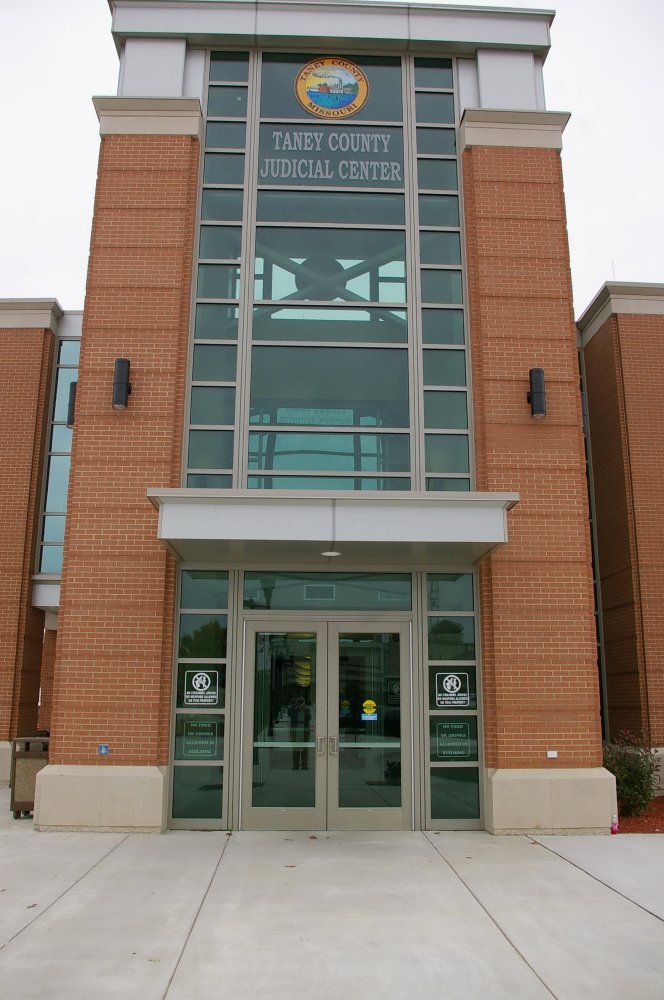