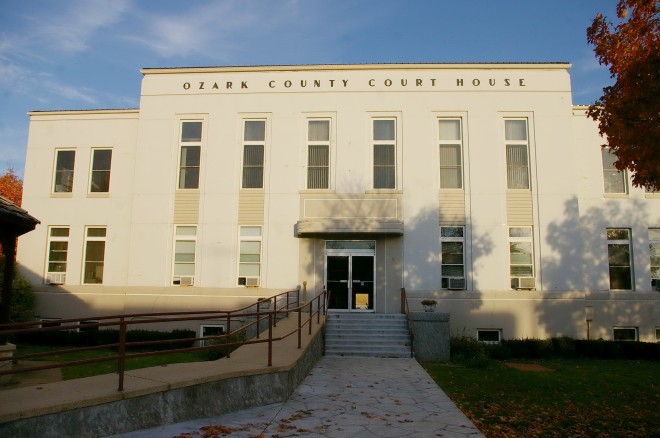 Ozark County is named for the Ozark Mountains, which are an anglicized form of the French “aux arcs” meaning “Aux Arkansas” which is “in the county of Arkansas”.

Description: The building faces west and is a two story concrete and stone structure. The west front has stone trim around the central entrance on the first story. The windows are vertical with panels between the upper and lower windows. There are north and south wings. This was a Work Projects Administration project. 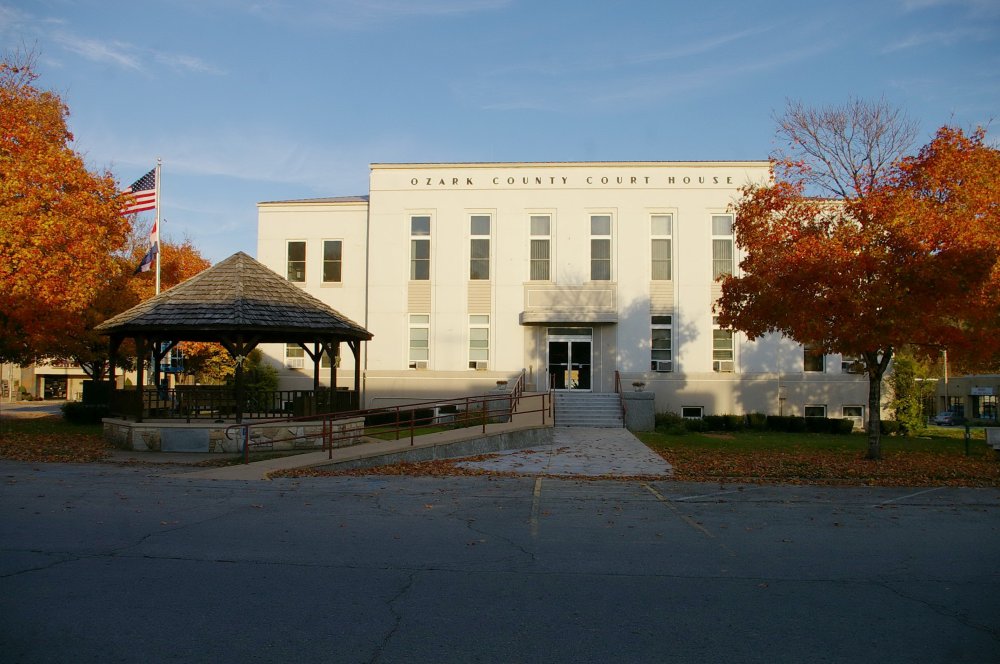 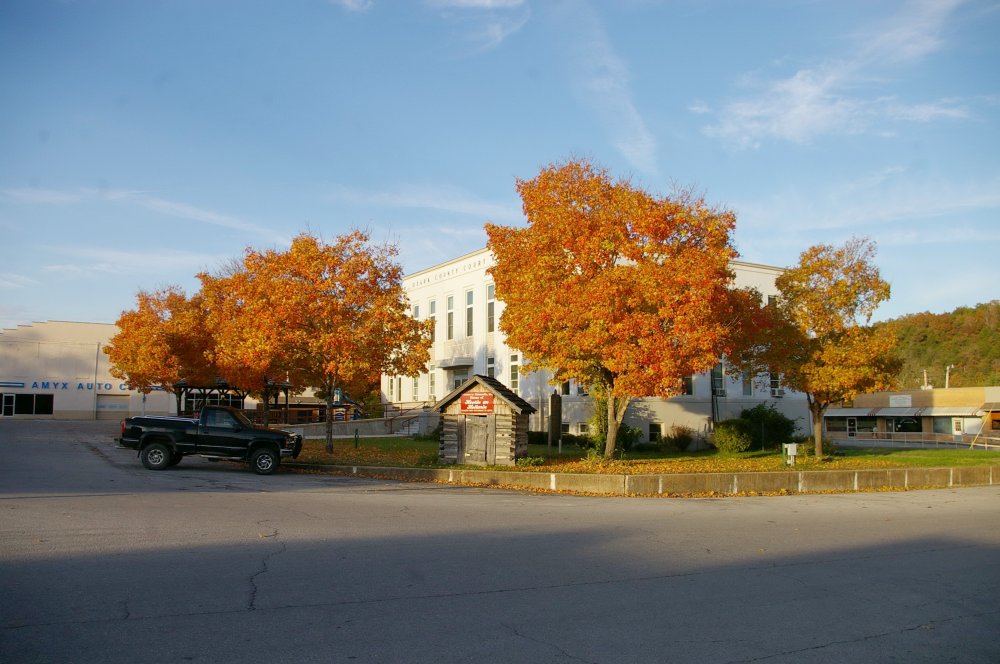 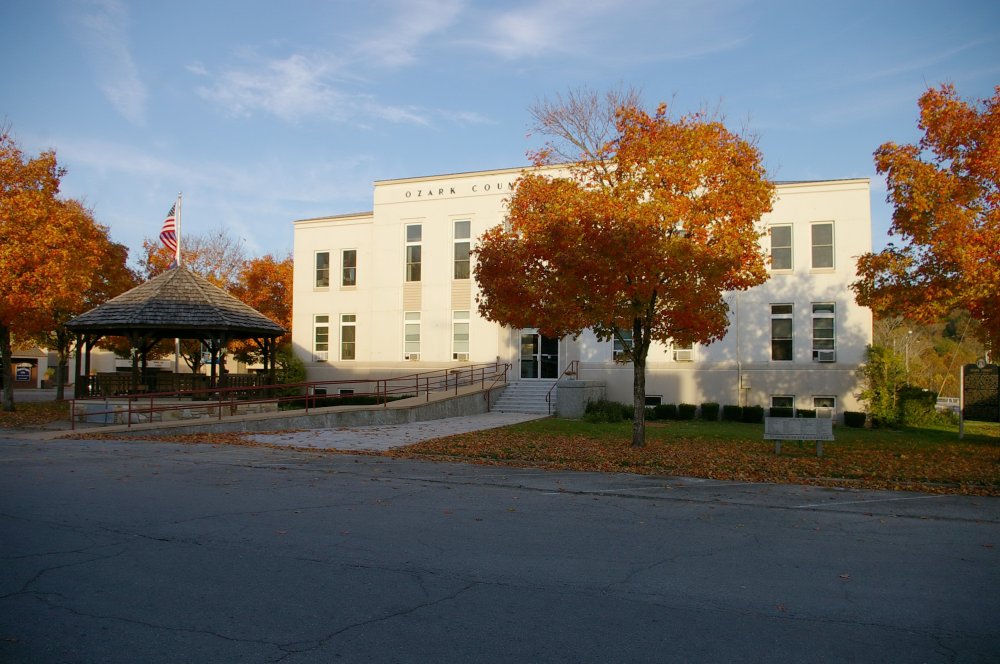 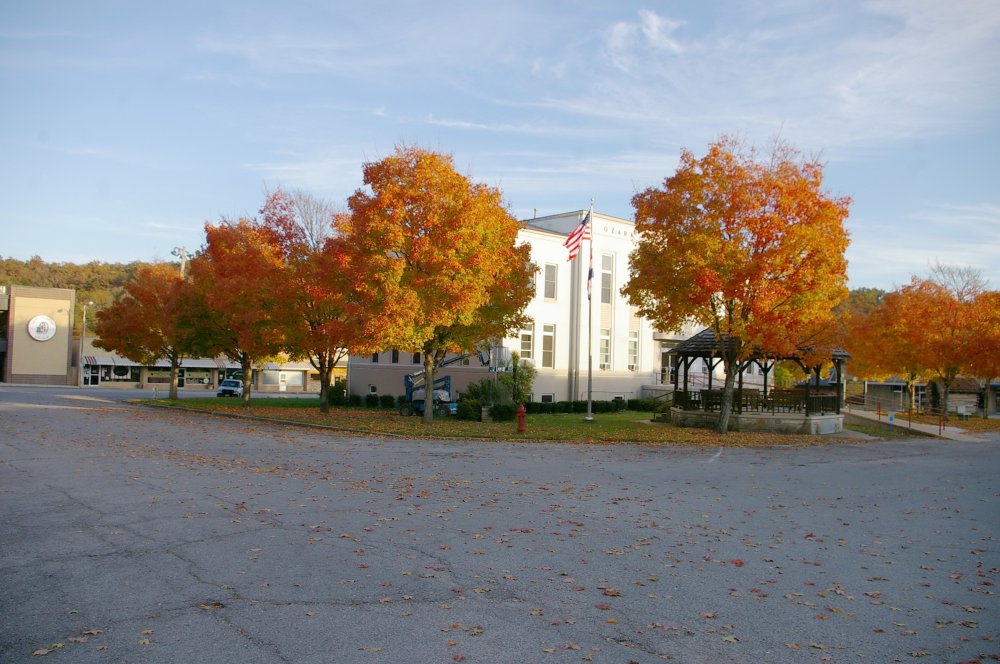 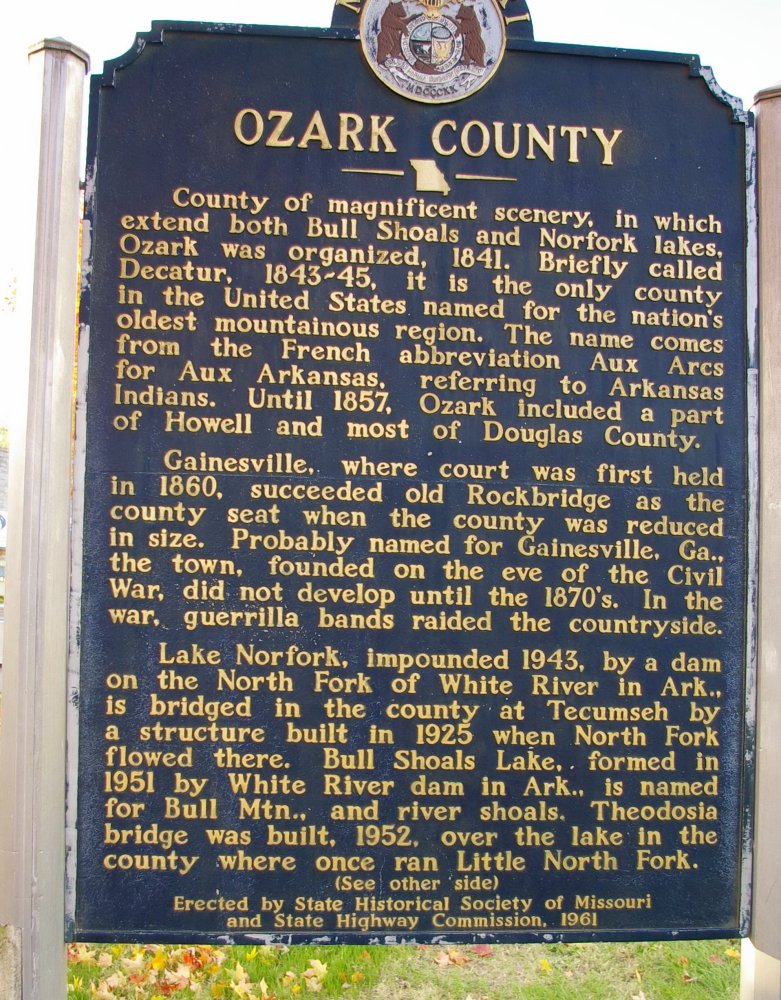 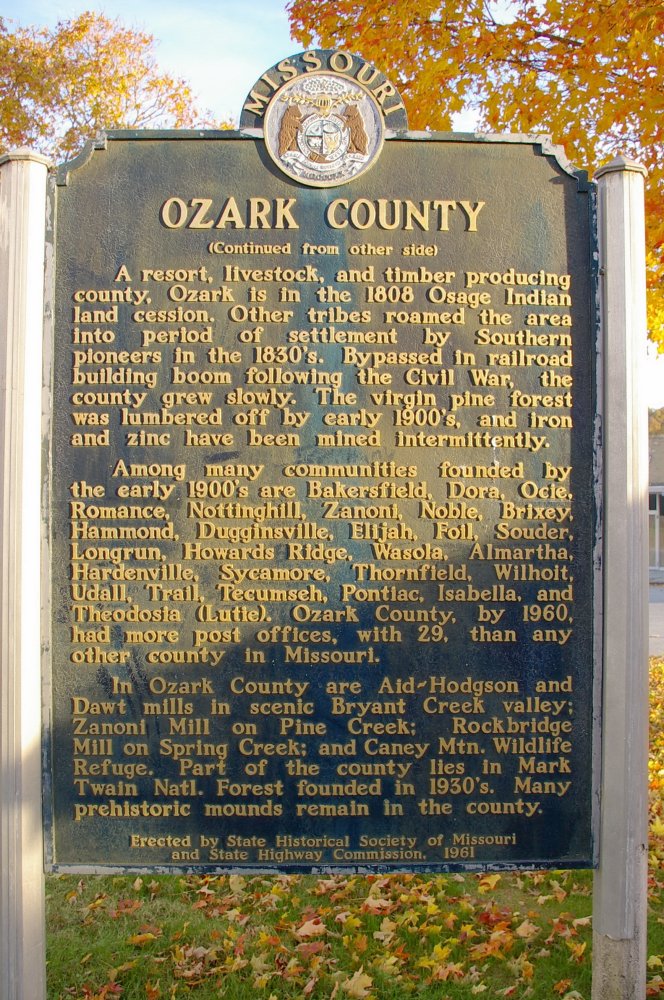