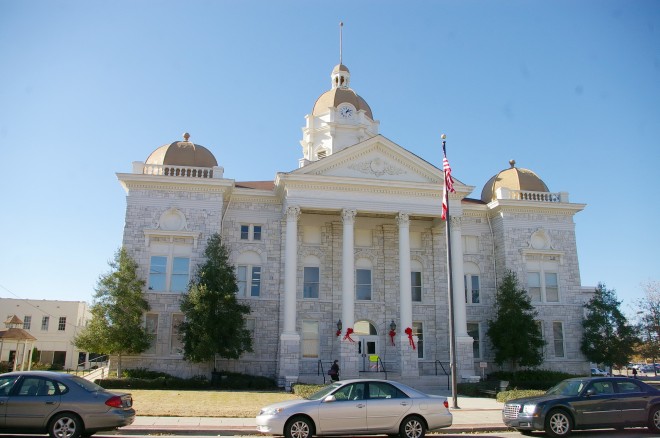 Shelby County is named for Issac Shelby, who was Governor of Kentucky.

Description:  The building faces east and is a three story flagstone structure. The building is located on landscaped grounds in the center of Columbiana. The east front has a high portico supported by four columns rising to a pediment. Each corner of the building has a square tower with dome. On the center of the roof is an octagonal dome with clock and cupola at the top. The building houses the County Circuit Court and the County District Court of the 18th Judicial District. An addition was built in 1954 and 1955. The architect was Martin J Lide of Birmingham and the contractor was E C Coston. Renovations were done in 1992. The architect was R M Cunningham. An addition was added in 2002. The architect was Rick Lathan. Description:  The building faces north and is a two story gray colored stucco frame structure. The building is located on landscaped grounds in the center of Columbiana. The north front has a projecting center section with arched entrance on the first area with arched window on the second story. The roof is hipped. The building was expanded in 1881. The building served as the courthouse until 1907 and became the City Hall. 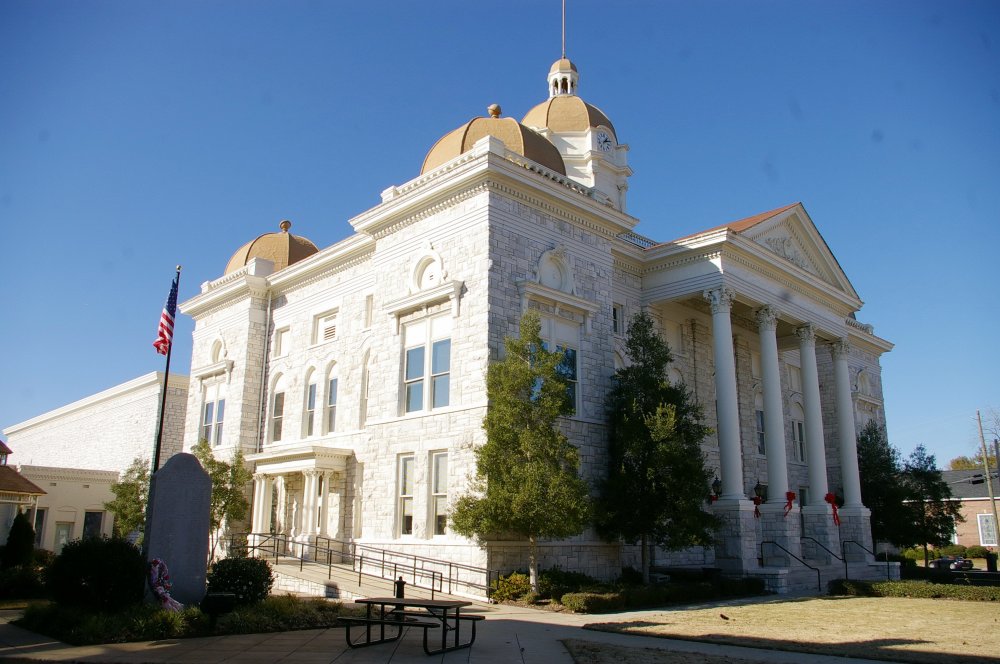 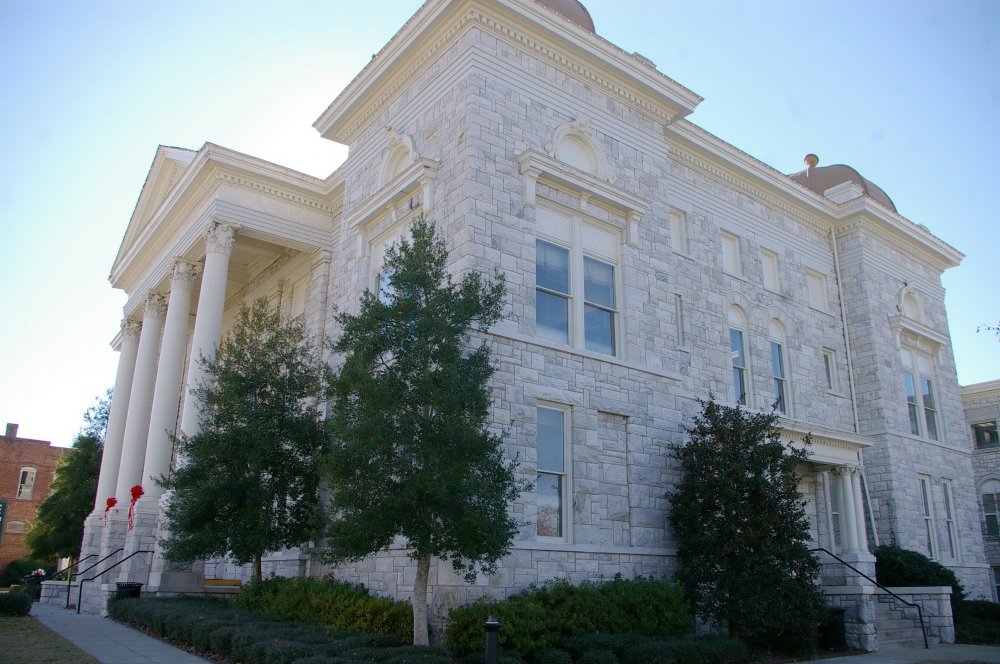 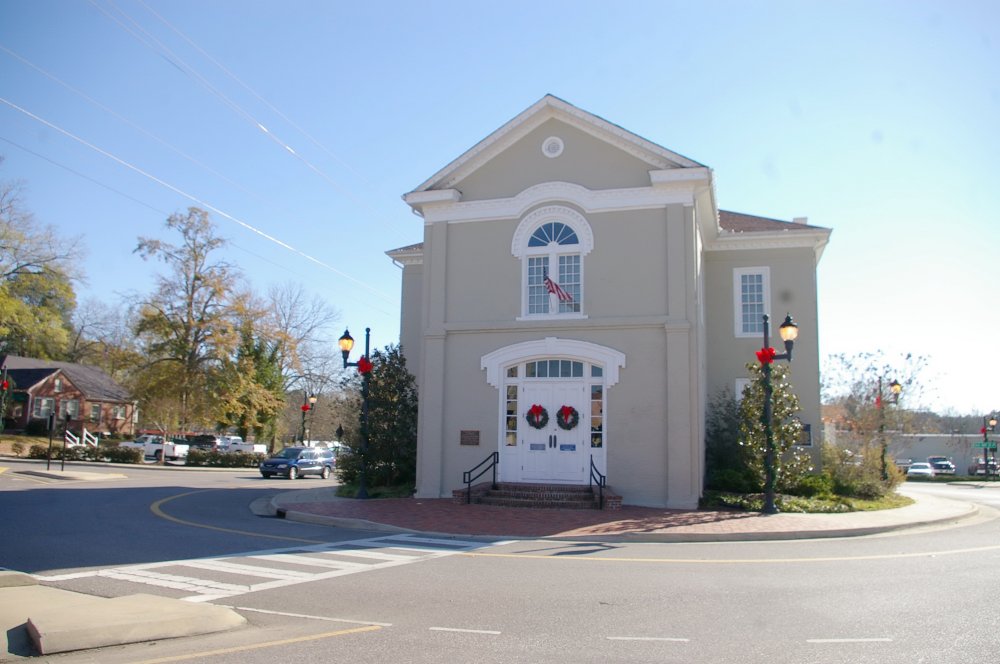