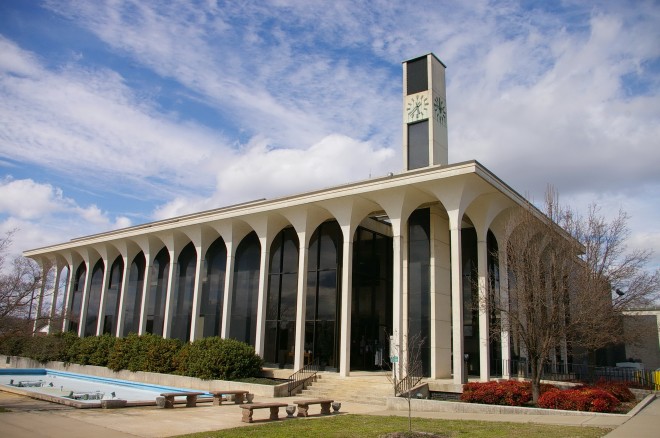 Lawrence County is named for James Lawrence, who was a United States naval officer.

Description:  The building faces south and is a two story glass and concrete structure. The building is located on landscaped grounds in the center of the city. There are numerous pillars with recessed glass paneled walls. At the southeast corner is a high square clock tower. The roof line is flat. The courtroom is located on the second story.

History:  The court first met in 1817 at the home of Joseph Farmer near Ethridge. The first courthouse was erected in Lawrenceburg in 1821 and additions added in 1847 and 1850. The second courthouse was designed by Walter Chamberlin & Company and constructed by M T Lewman in 1905. The third and present courthouse was constructed in 1973 to 1974. 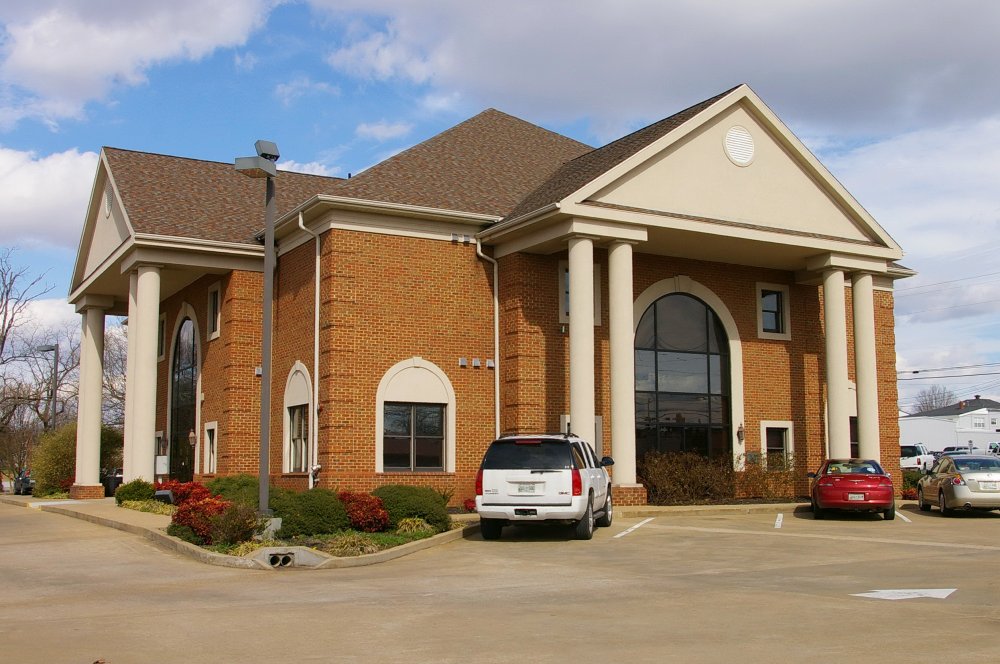 Description:  The building faces south and is a two story red colored brick and concrete structure. The south and west sides have large porticoes supported by four columns rising to pediments at the roof level. The roof is hipped. The building is named as the Lawrence County Administrative Center. Formerly a bank building, the building was renovated in 2008. The architect was Lambert Ezell Durham Architecture – Interior Design and the contractor was Thompson-Fisher, Inc. 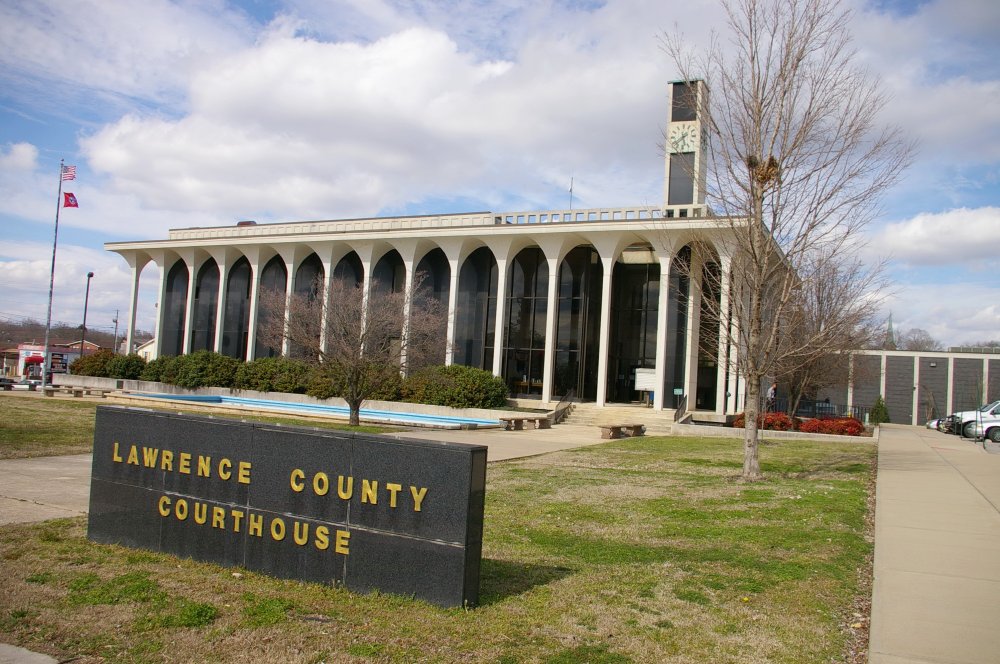 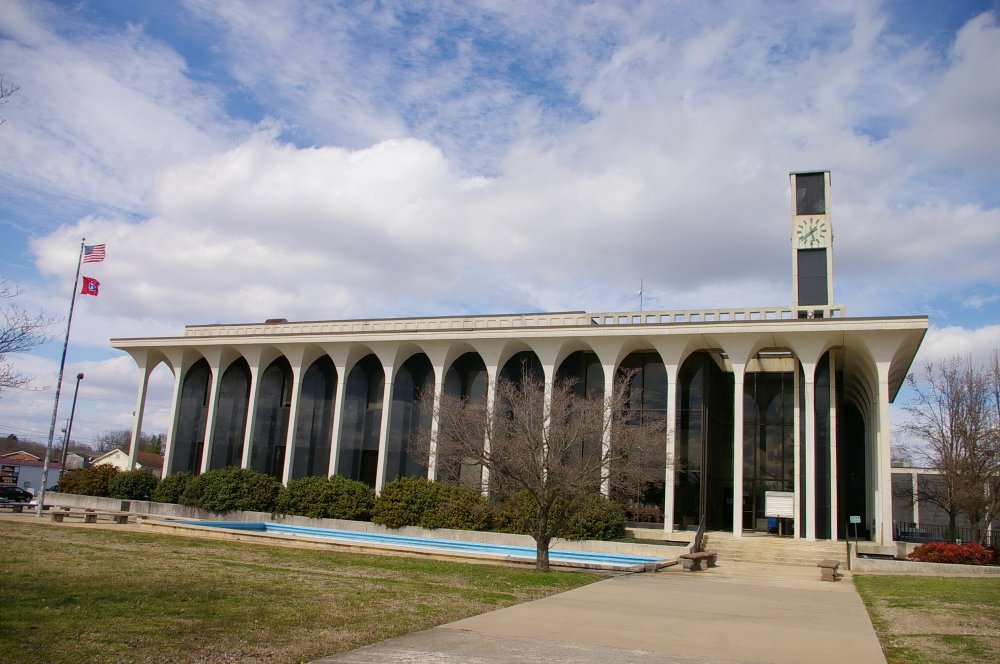 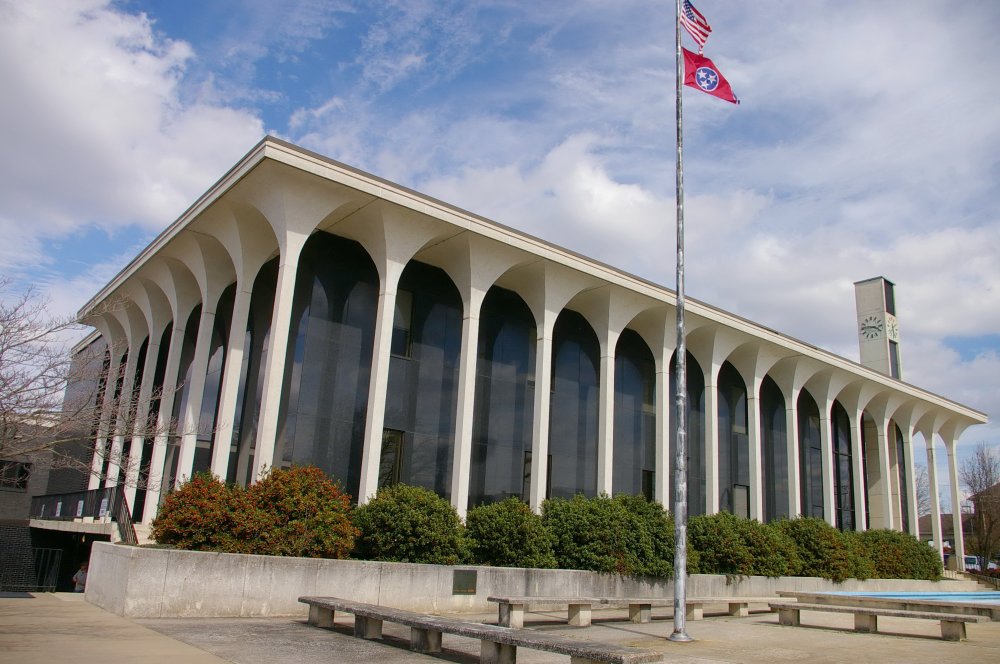 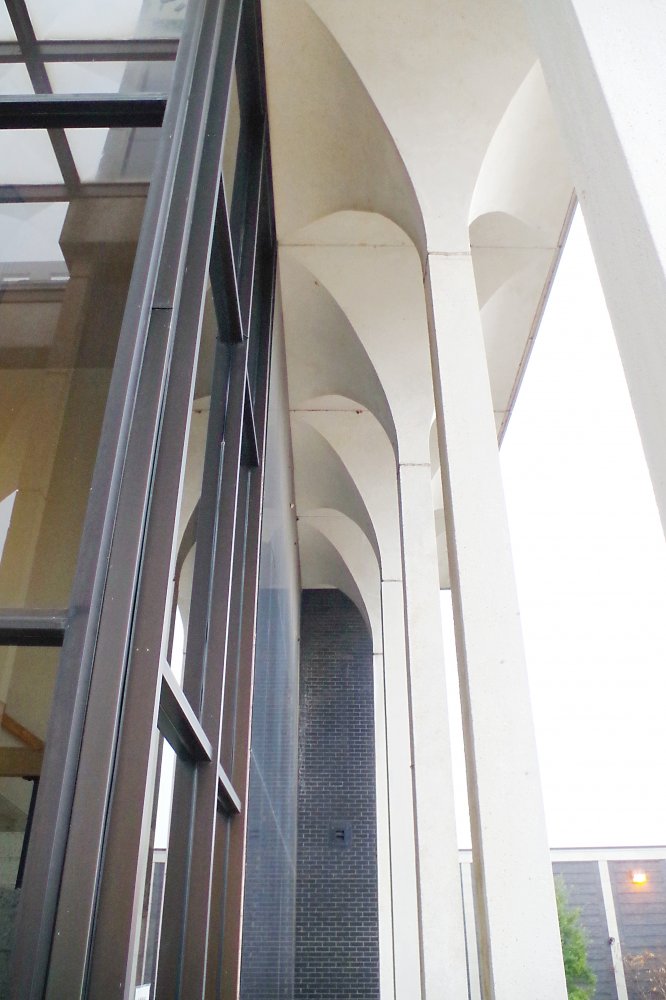 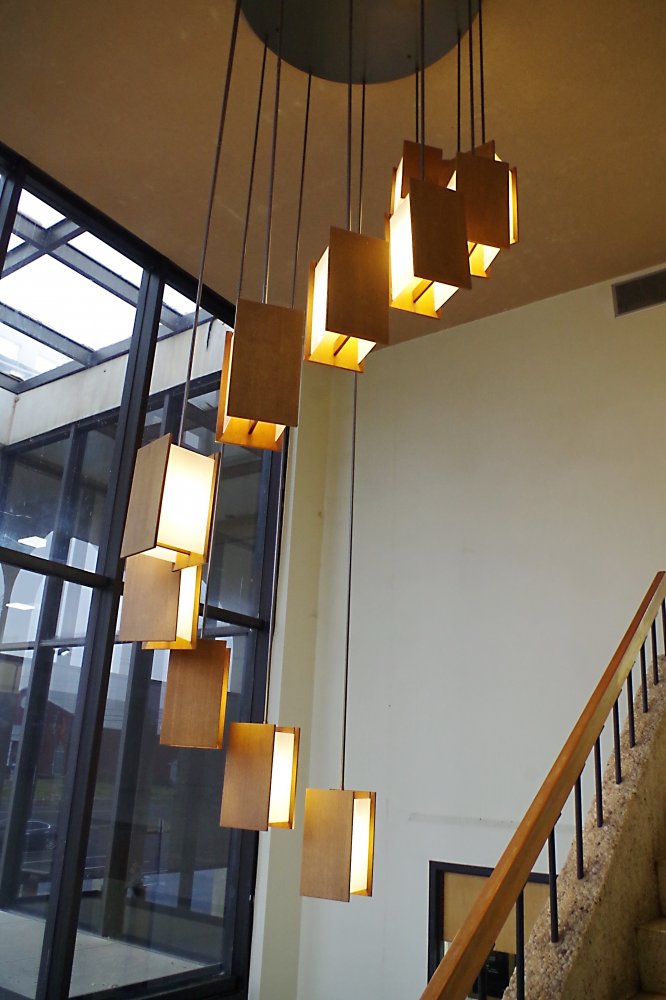 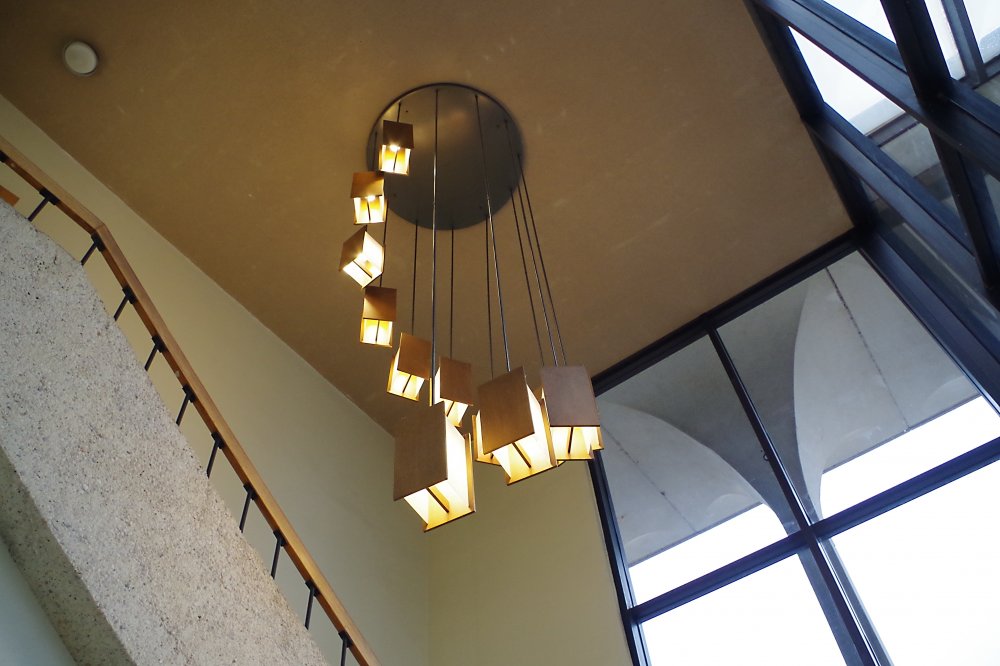 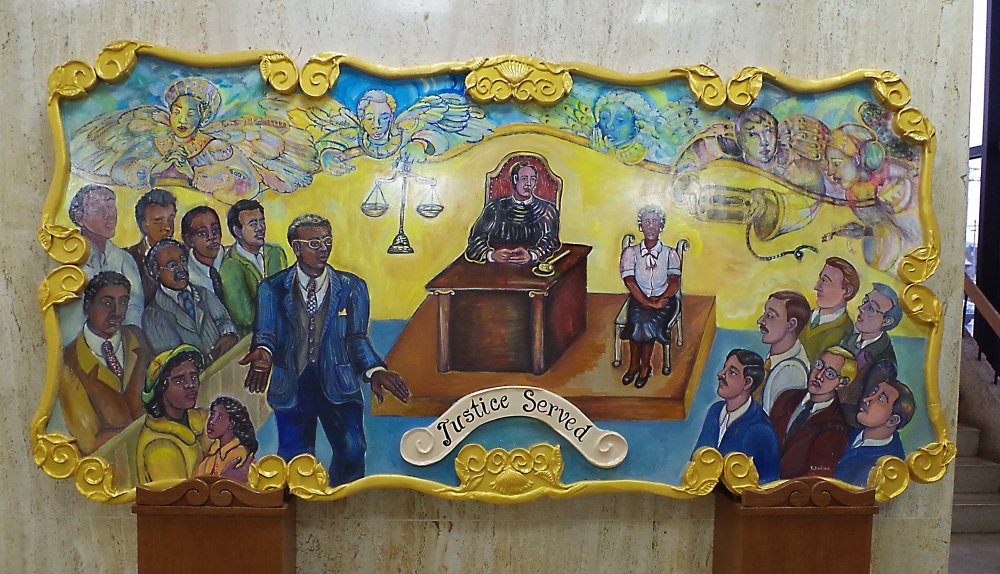 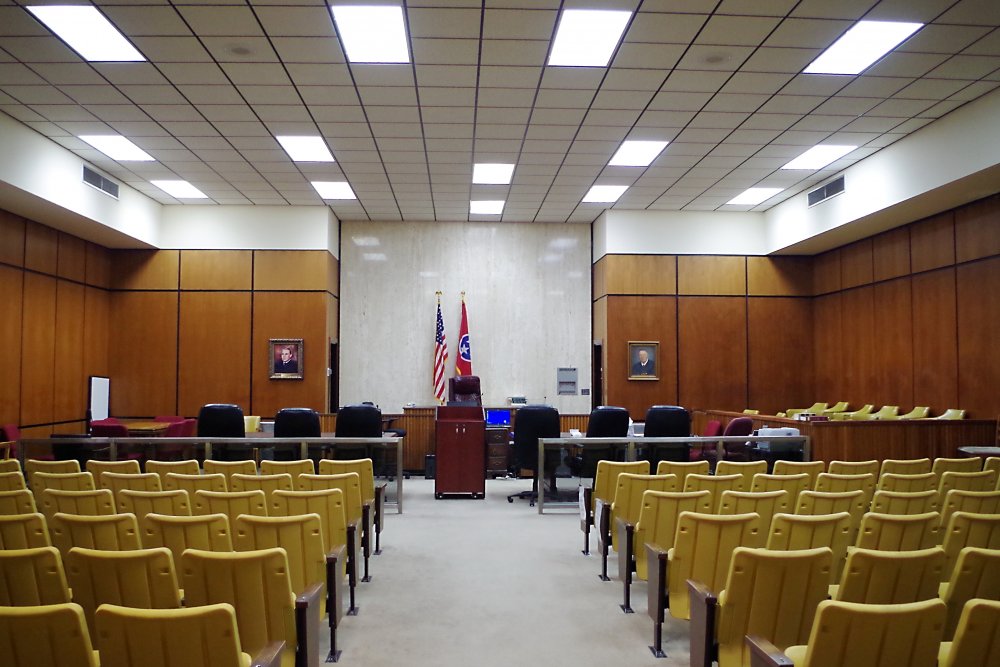 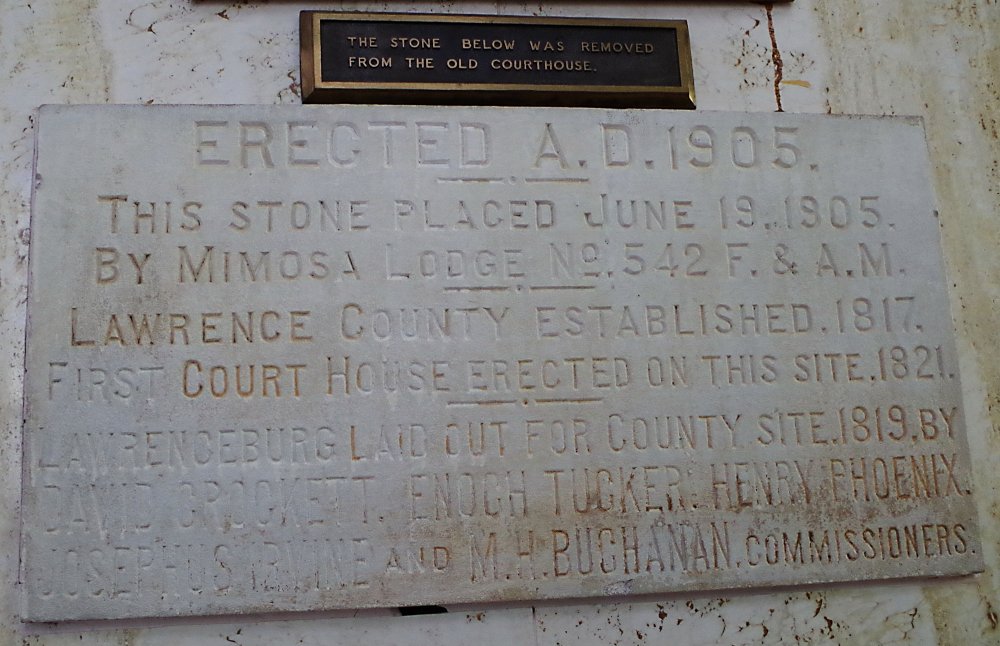