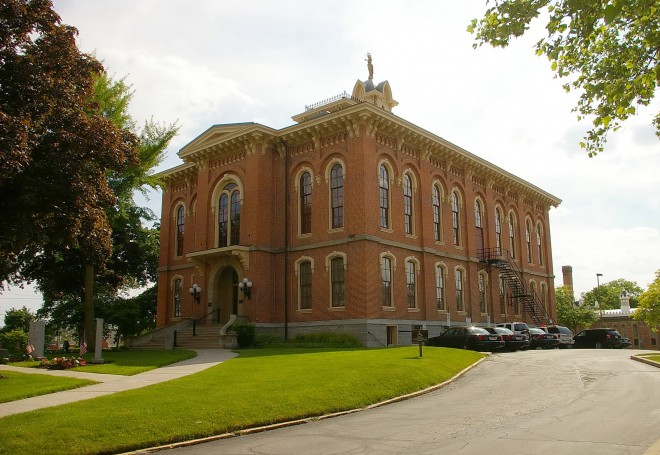 Delaware County is named for the Delaware Indians who took their name from the State of Delaware which was named after Lord De La Warr an early governor of Virginia.

Description:  The building faces east and is a two story red colored brick structure. The  building is located on landscaped grounds and the east front has a stone arch entrance flanked by triple globe lights and an extended balcony on the second story. Stone trim is around the window tops. A large extended cornice follows the roof line. In the center is a small cupola with the figure of Justice at the top. The building was renovated in 1997 and is presently closed. Description:  The building faces east is a five story red colored brick, glass and concrete structure. The building is located on landscaped grounds with the old courthouse on the west side..The east front has a projecting central tower with glass walls and with the one story entrance section projecting east with an extended roof. On the east and north sides, the upper stories have glass walls. The roof line is flat. 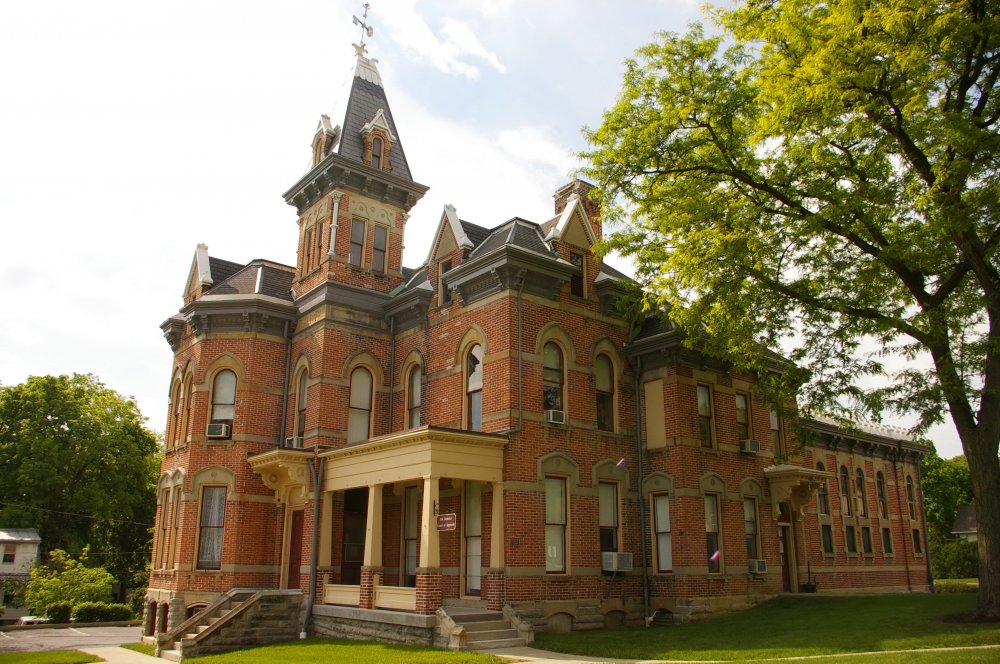 Description:  The building faces south and is a two story red colored brick structure. The building is located on landscaped grounds. The east front has a one story porch on east side, The center section has a three story square red colored brich tower with entrance on the first story and steep roof at the top. On the west side, the building projects. The roof is hipped with dormers. The north side which housed the jail is rectangular. The building houses the Court of Appeals for the Fifth Appellate District located in Delaware County. 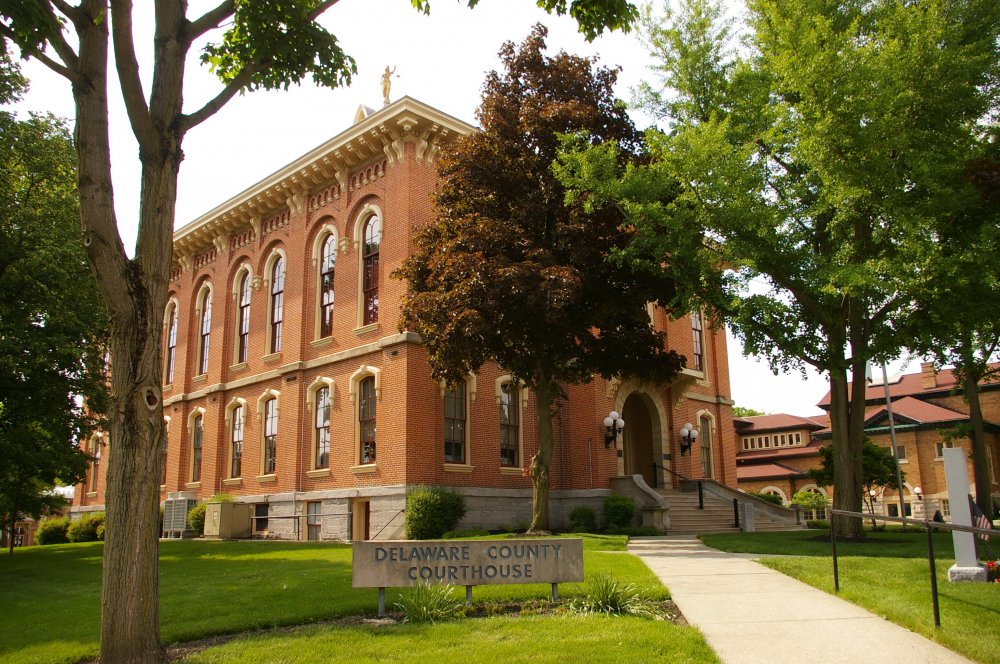 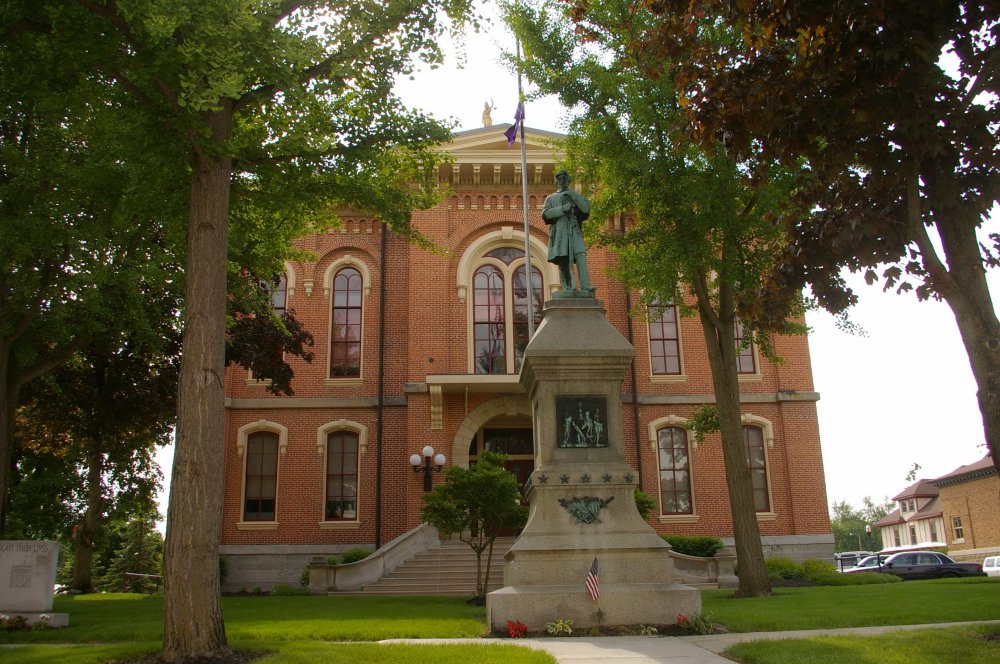 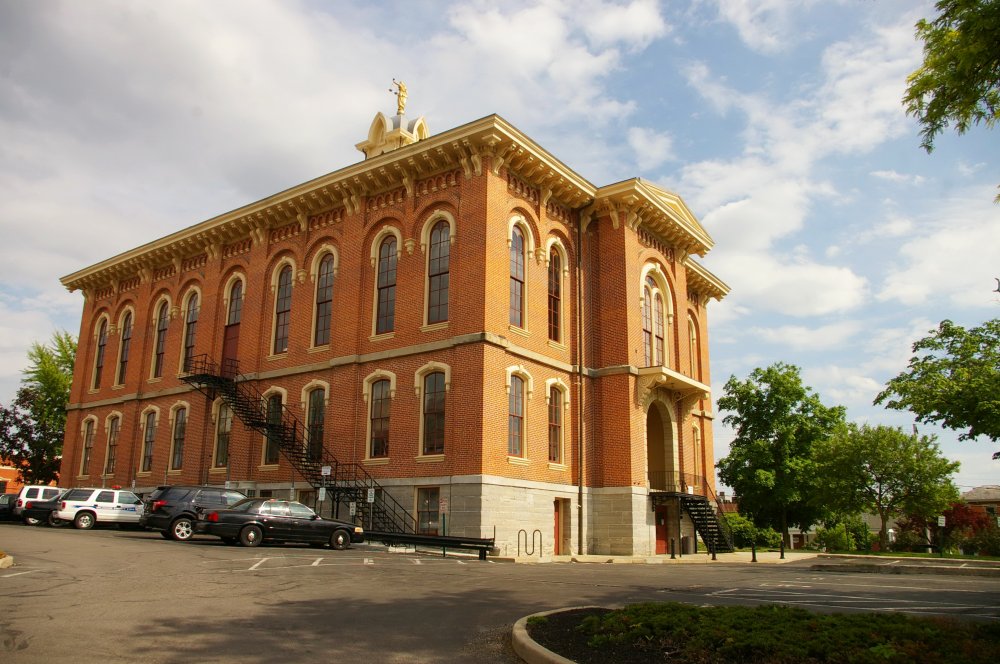 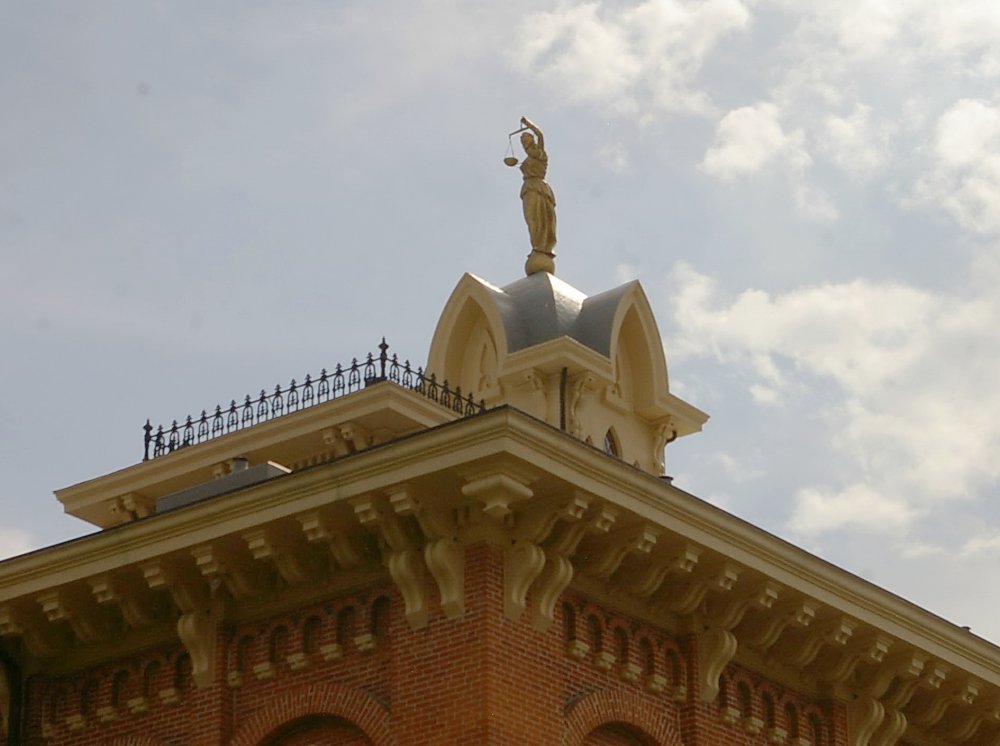 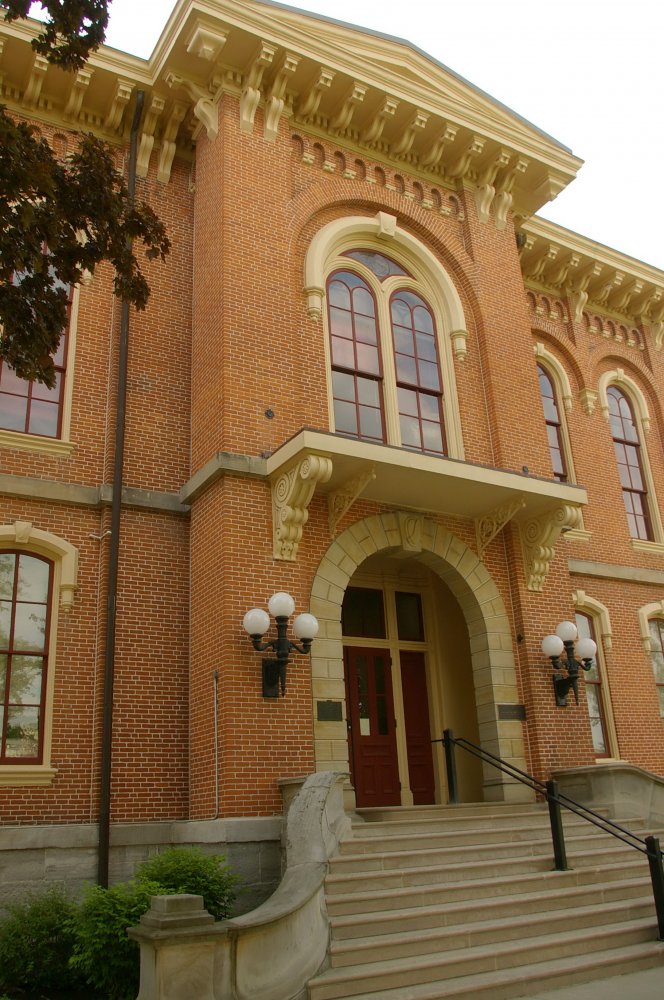