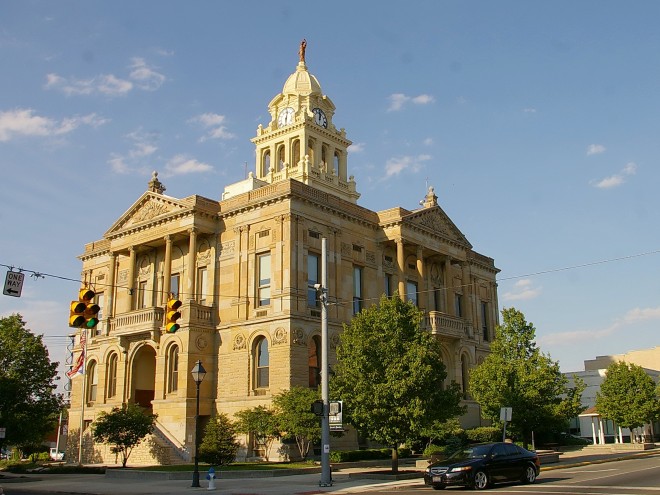 Description:  The building faces west and is a two story buff colored Amherst Sandstone structure. The building is located on landscaped grounds in the center of Marion. The west front has a projecting center section with an arched entrance on the first story and a portico with four Corinthian columns on the second story rising to a pediment at the roof line. A similar section is on the south side.  The windows on the first story are arched. On the center of the roof is a large square clock tower with clock at the top with dome and statue of Lady Justice at the top. The facade has several portholes with heads staring out. Four represent the race of man, A Native American chief, an Asian, an African-American, and a Caucasian woman. Also included are pioneers and the age cycle of mankind, going from young to old. One porthole even contains a head familiar to William Shakespeare. The building contains the County Court of Common Pleas. 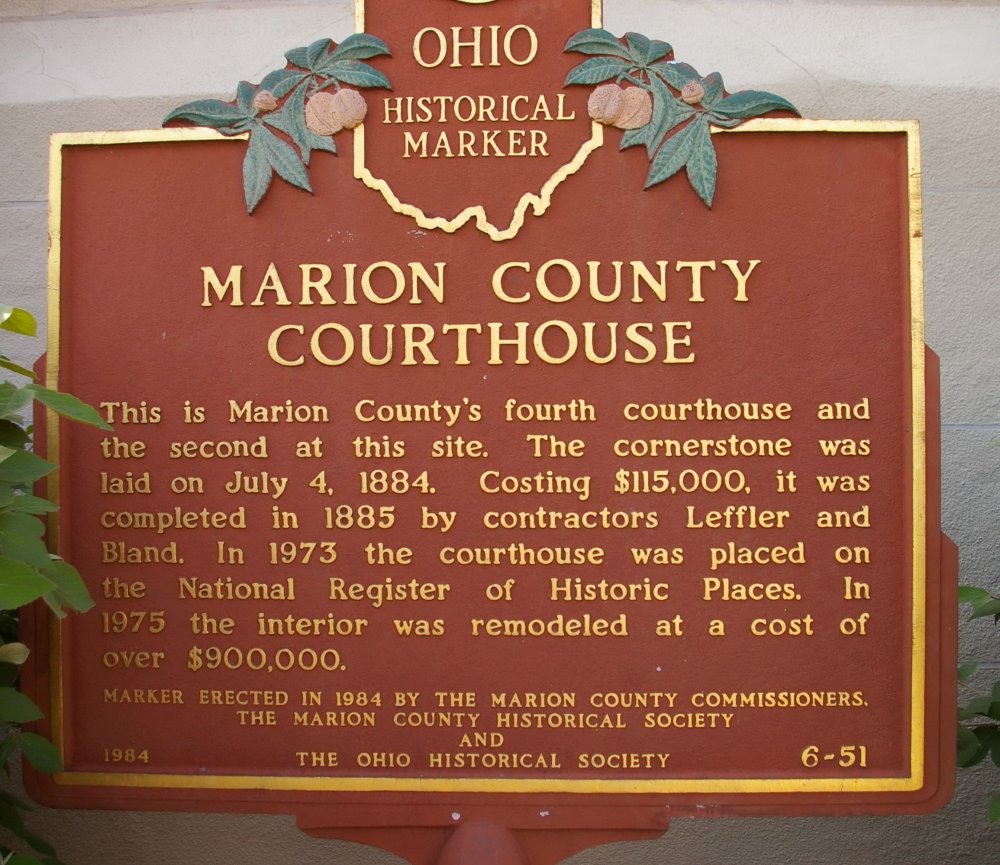 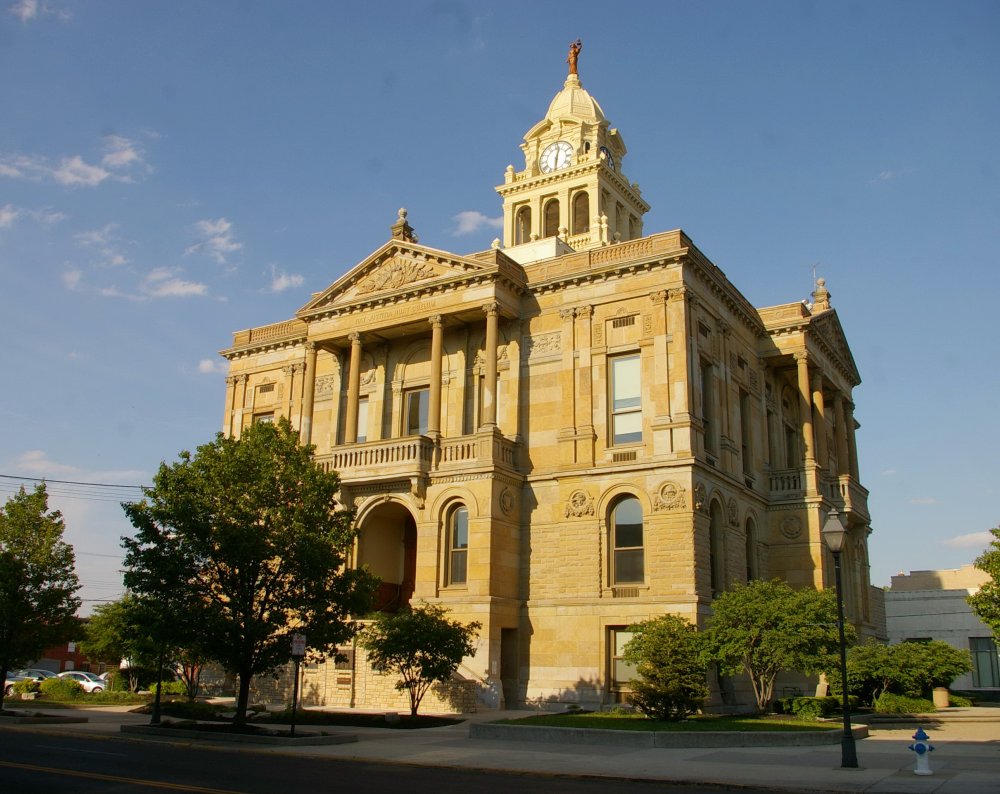 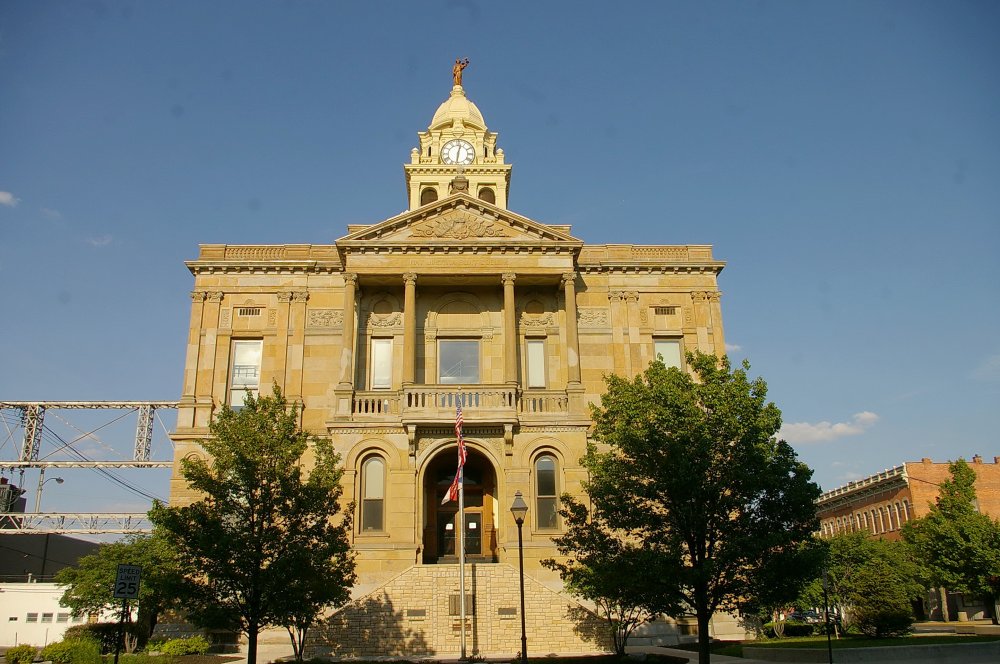 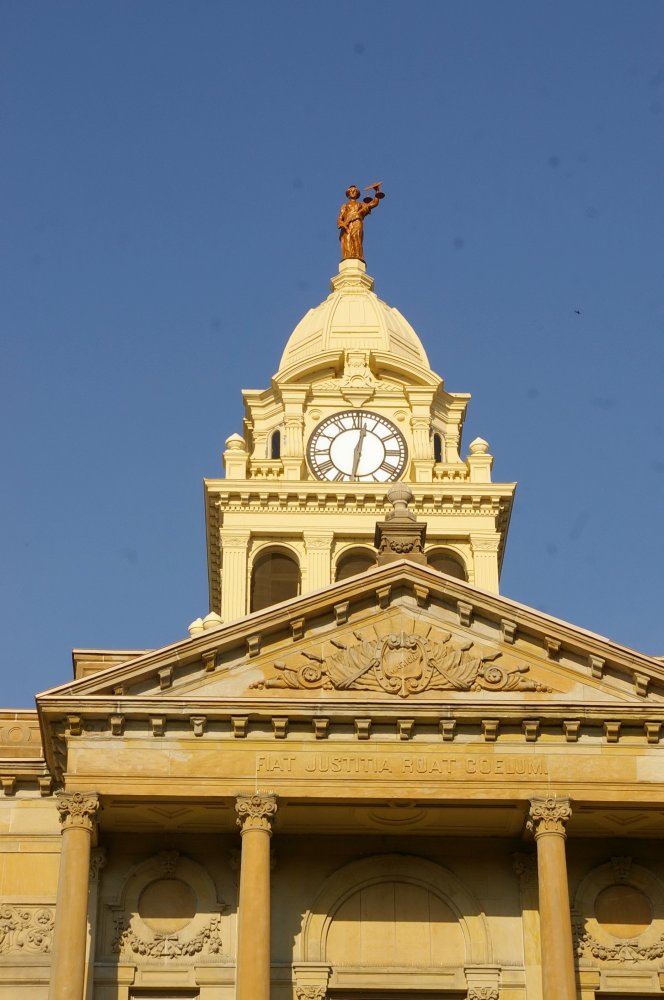 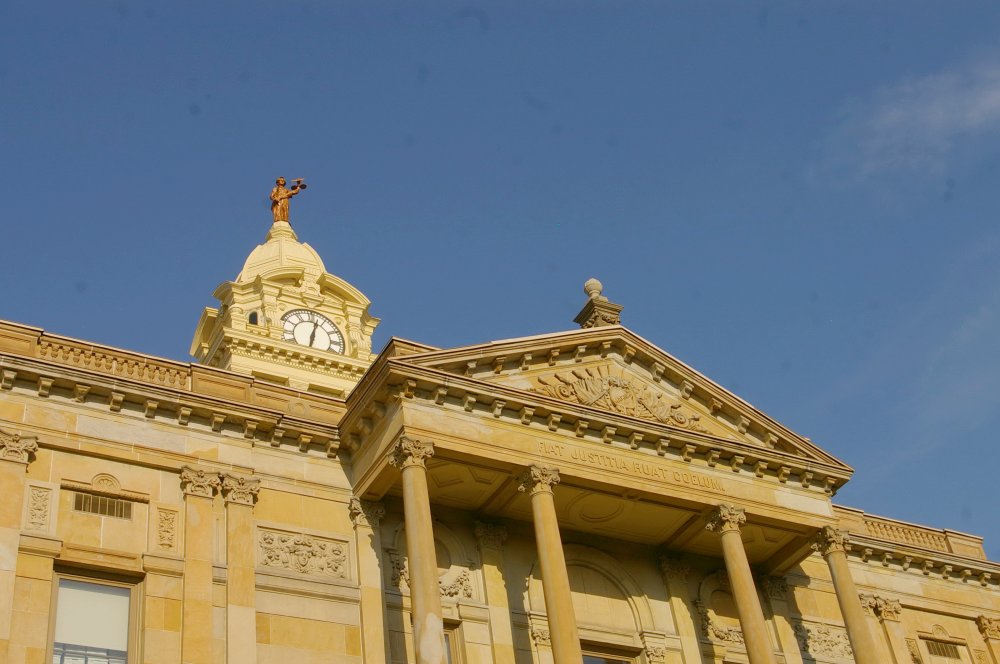 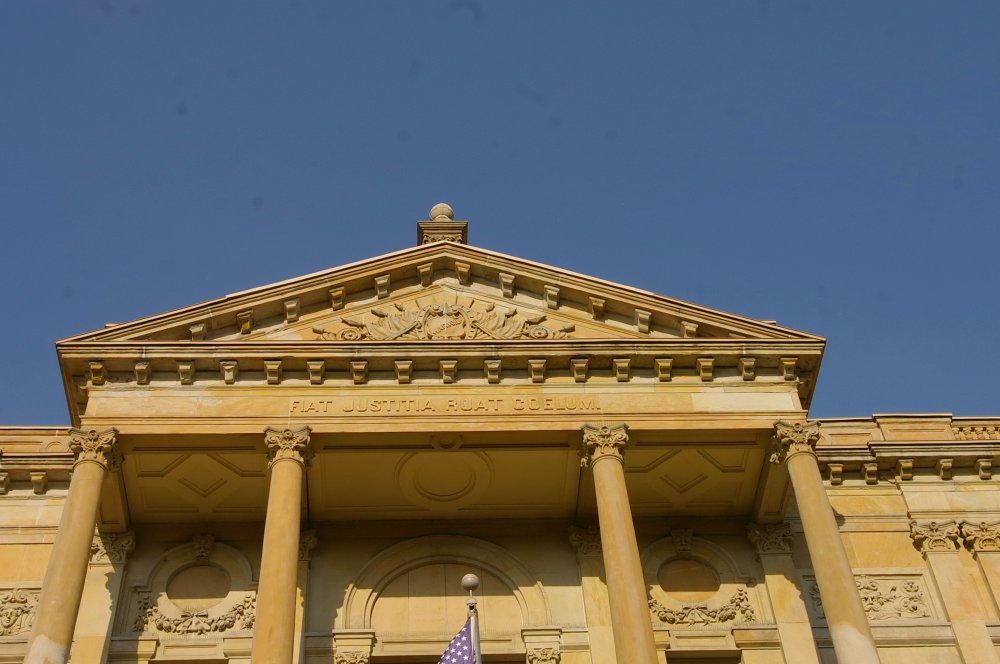 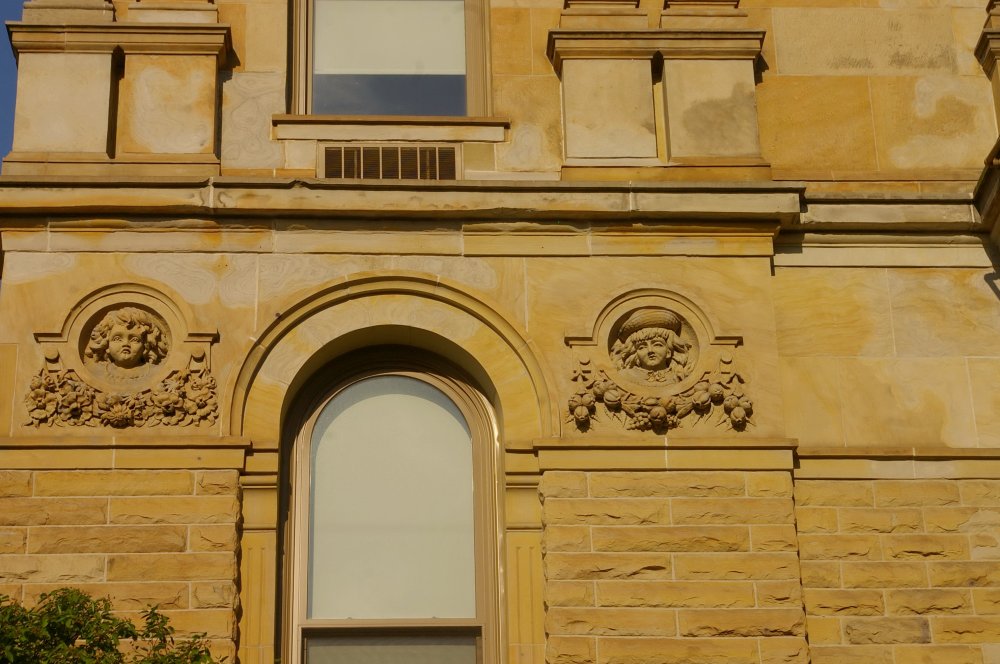 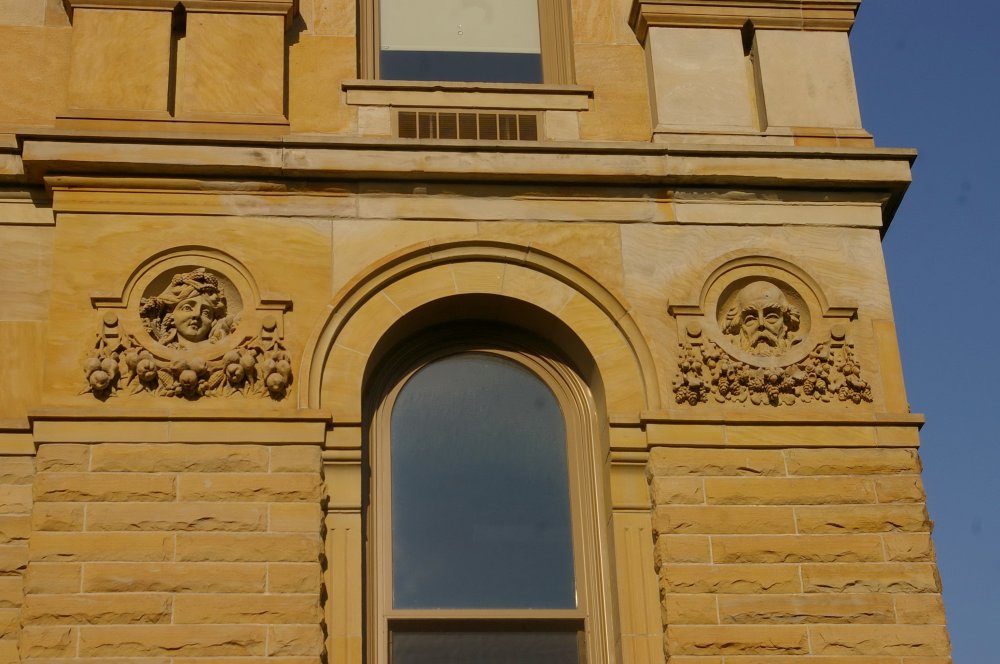