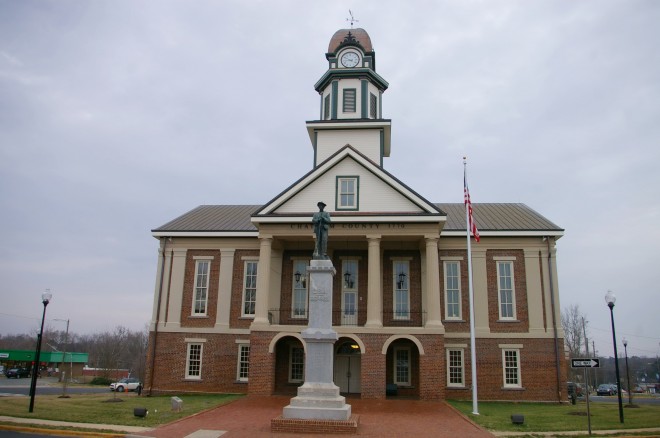 Chatham County is named for William Pitt, 1st Earl of Chatham and Secretary of State during the French and Indian War and Prime Minister of Great Britain.

Description:  The building faces north and is a three story structure. The rectangular shaped building is located in the center of Courthouse Circle in the center of Pittsboro. The north front has a large portico with three arches and recessed entrance on the first story. Four Docic columns rise to a pediment at the roof line. On the center of the roof is a high cupola with square base, octagonal section and clock and dome at the top. The roof is hipped. In the interior, the first story has a cross hall plan. The courtroom is located on the second story. An addition was added in 1930 by Works Projects Administration. The interior was renovated in 1959. The building was damaged by fire on March 25, 2010. The building was rebuilt from 2011 to 2012. The architect was Taylor Hobbs of Hillsborough and the contractor was H M Kern Corporation. The building is used only for official functions. 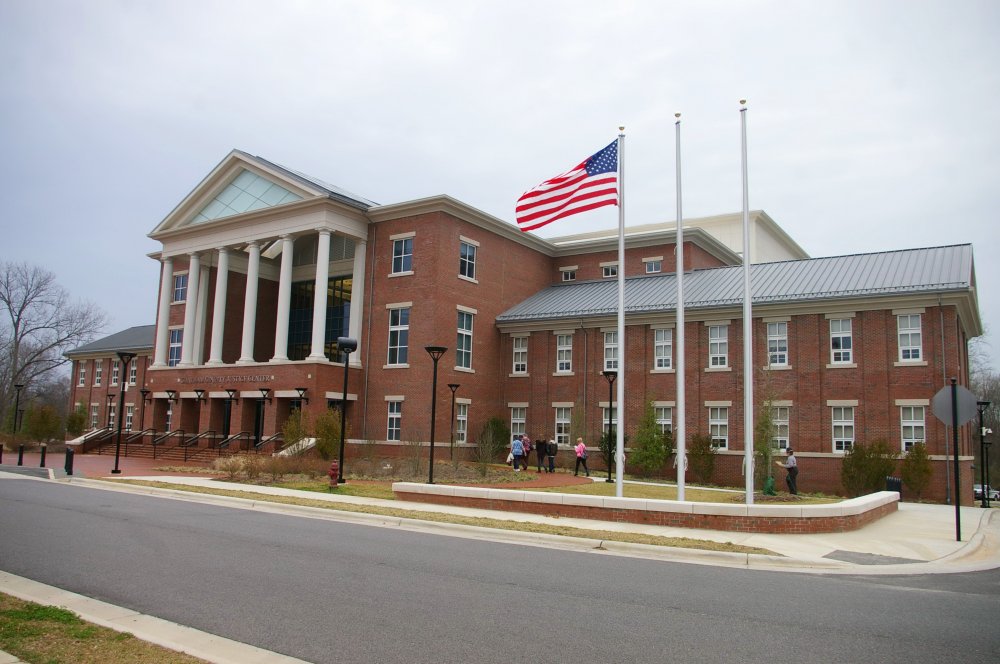 Description:  The building faces north and is a three story red colored brick and concrete structure. The building is located on spacious landscaped grounds in the center of Pittsboro to the south of the courthouse. The north north front has a large projecting center section with rectangular openings on the first story. Six columns rise from the second to the top of the third story with wide pediment at the top. There are east and west two story wings with hipped roofs. The building houses the County Superior Court and County District Court of the 15th Judicial District. 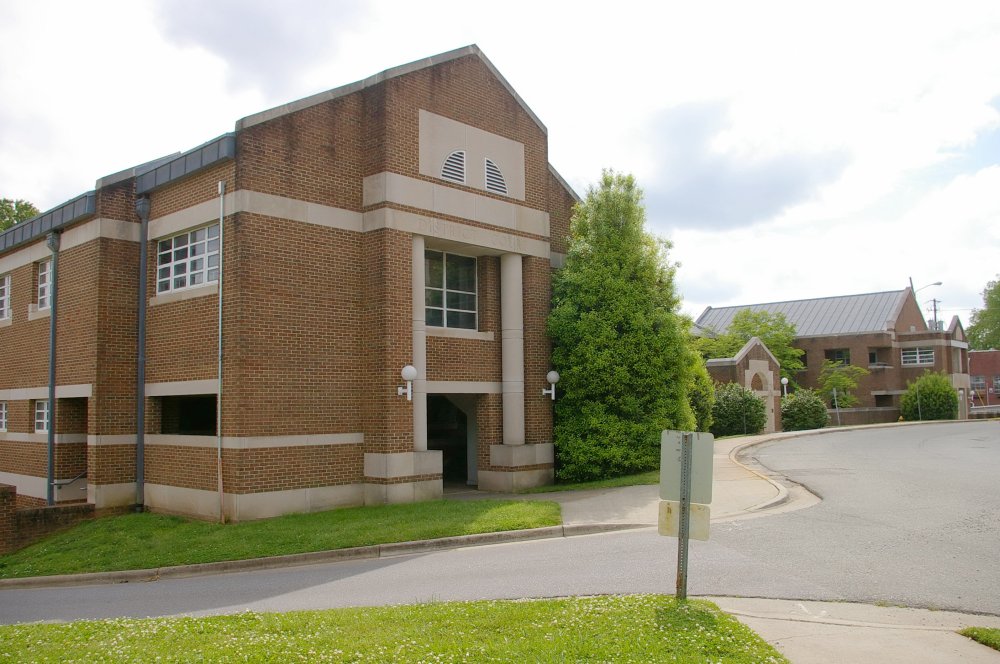 Description:  The building faces north and is a two story red colored brick and concrete structure. The building is located on landscaped grounds in the center of Pittsboro to the east of the courthouse. The west and east sections run along the Courthouse Circle and the center section is recessed. The roofs are hipped. 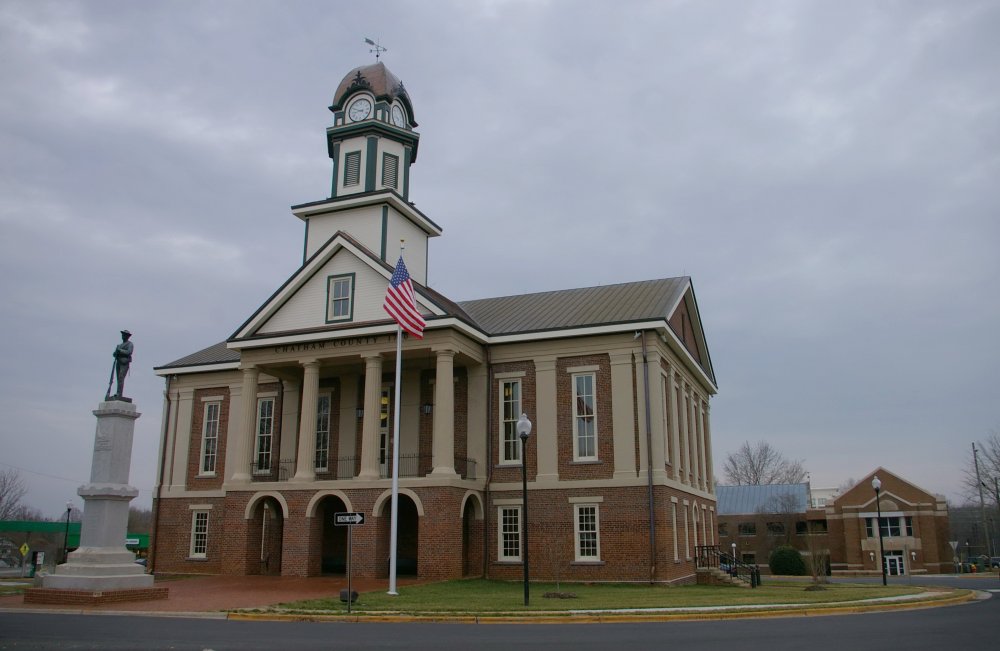 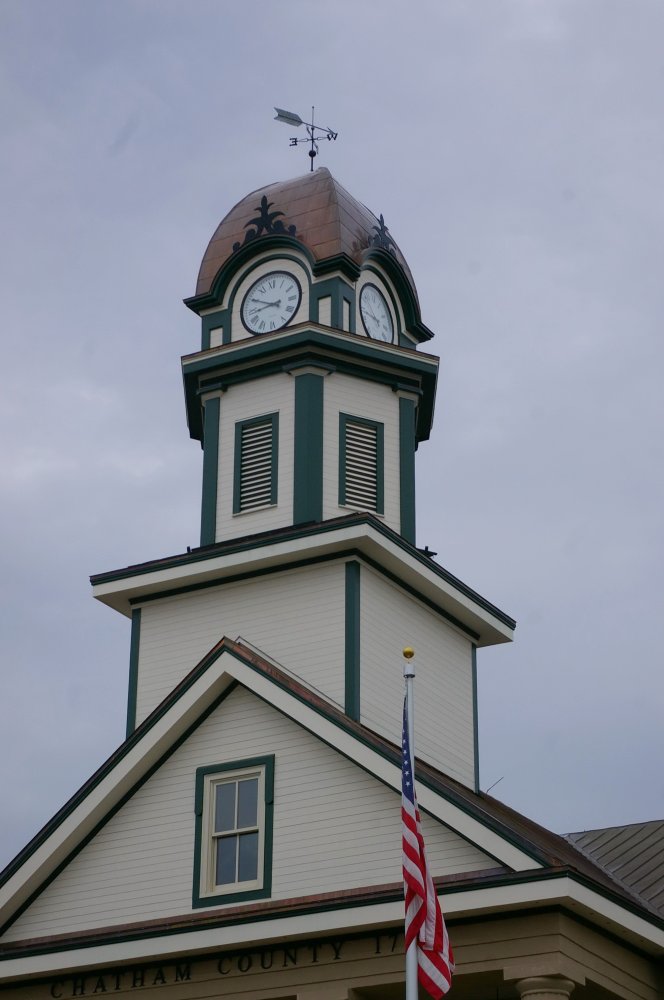 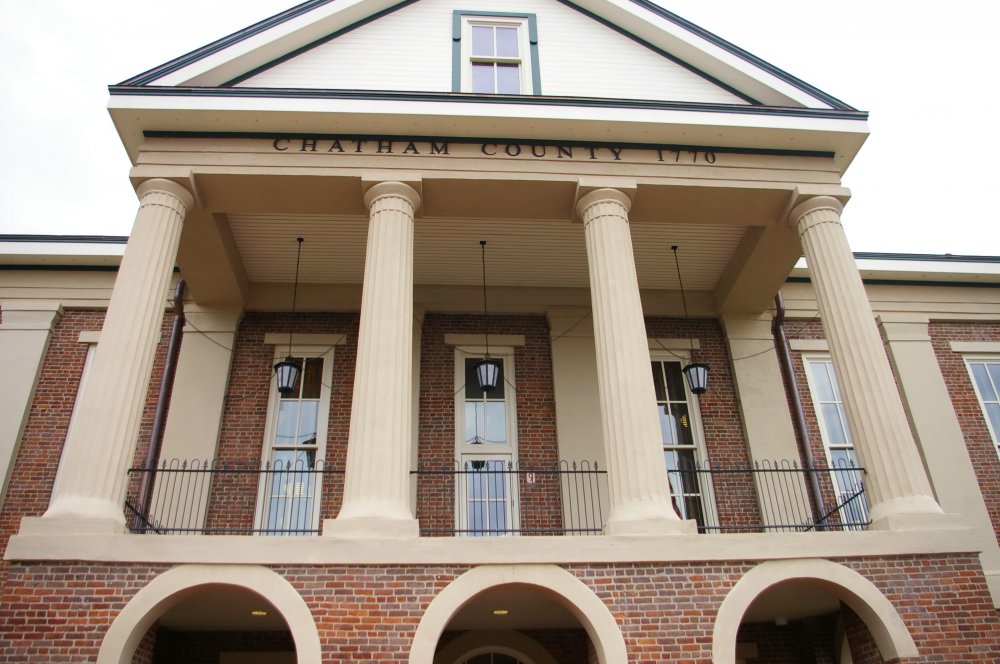 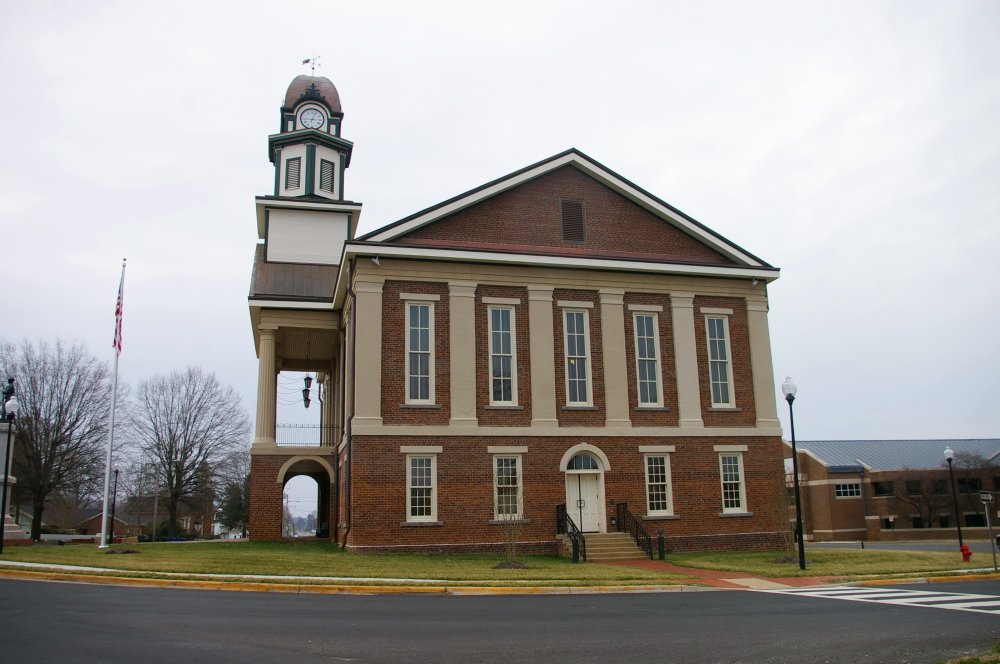 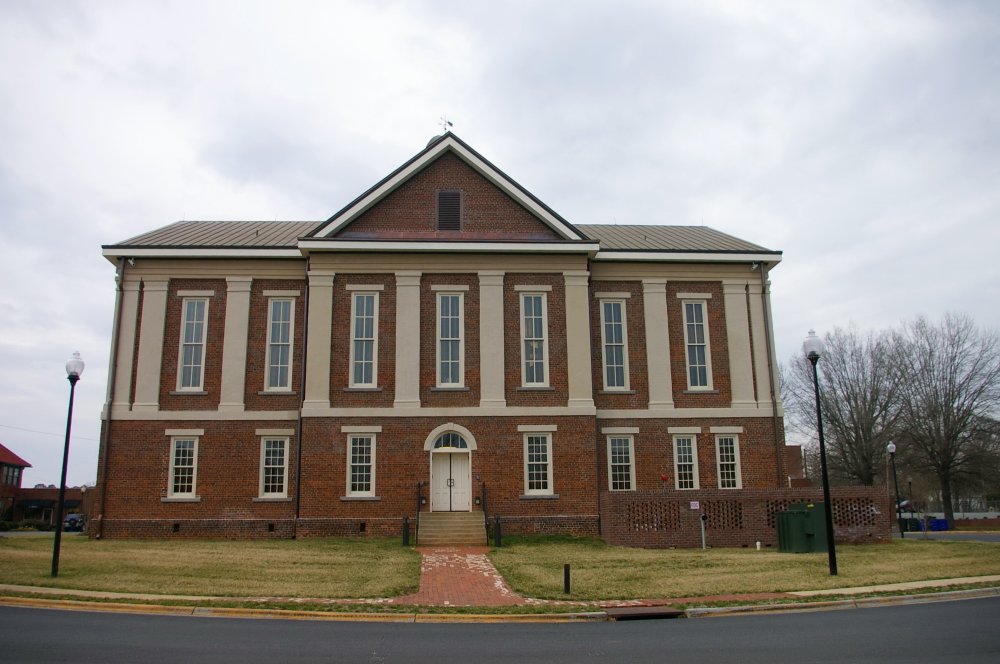 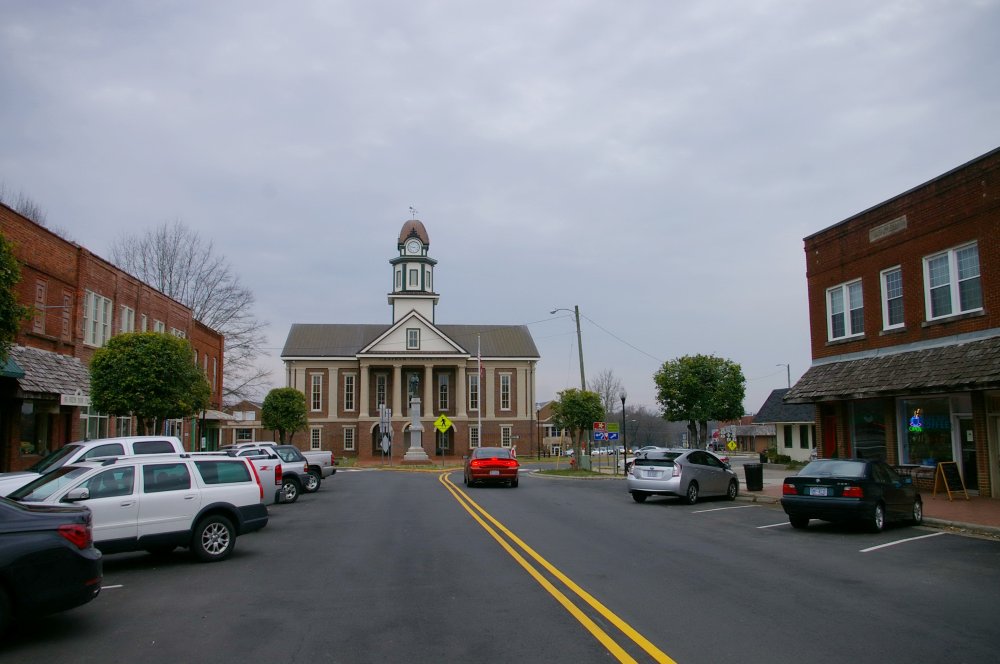 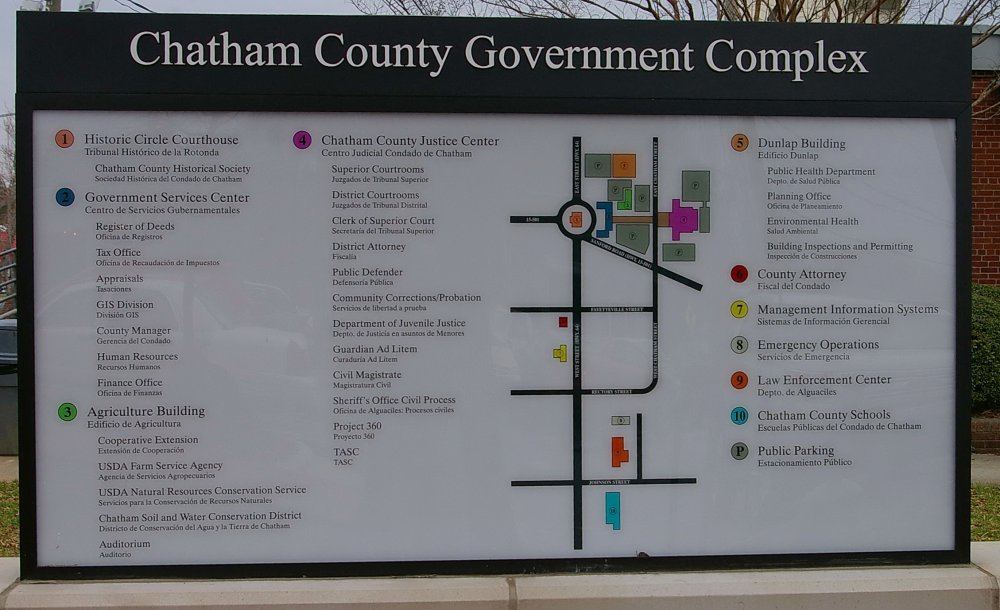 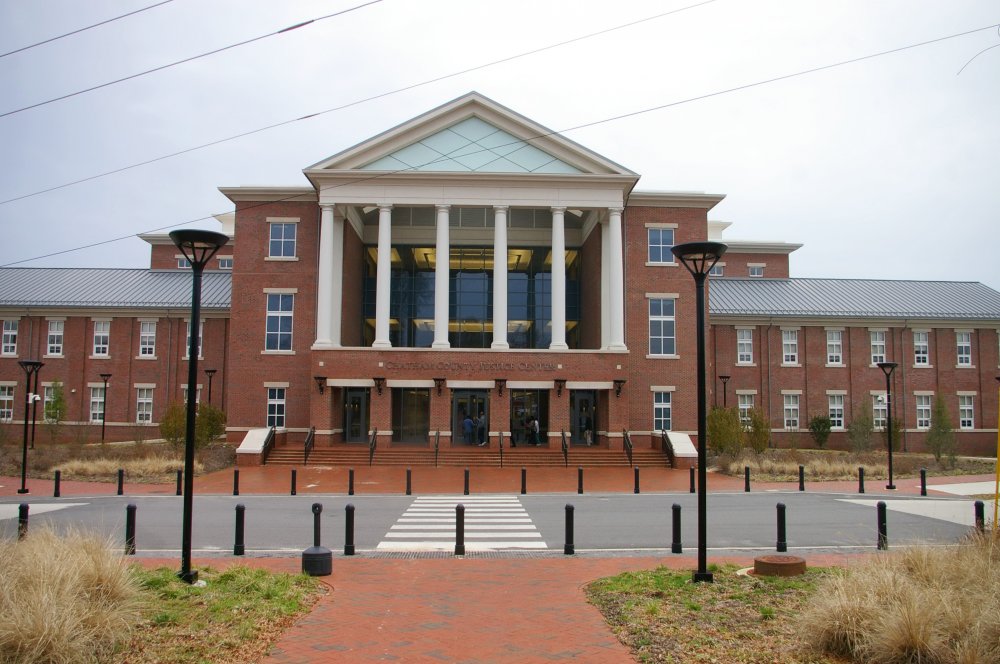 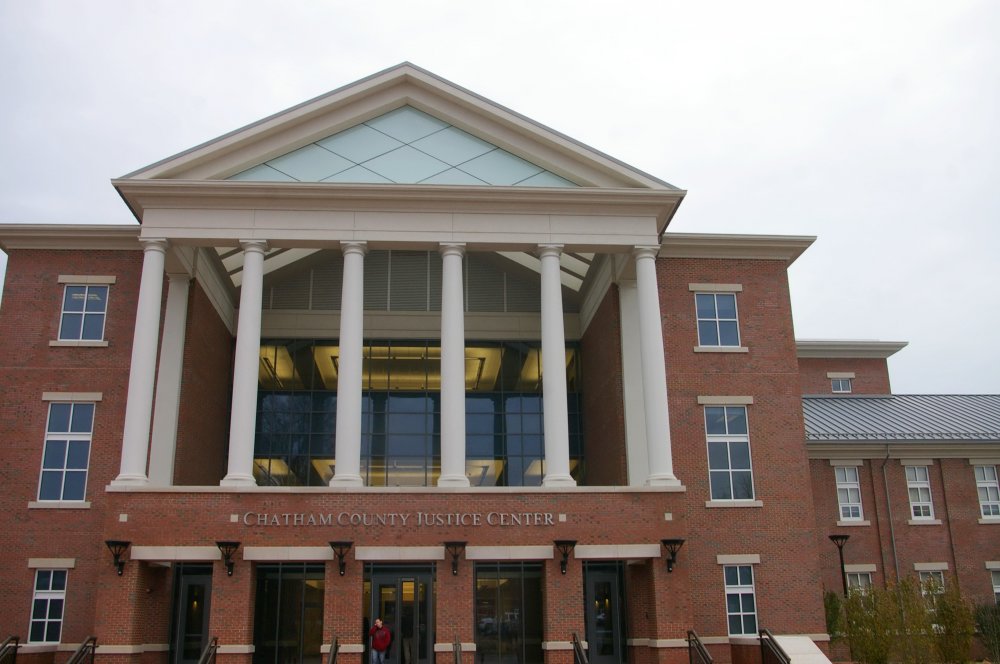 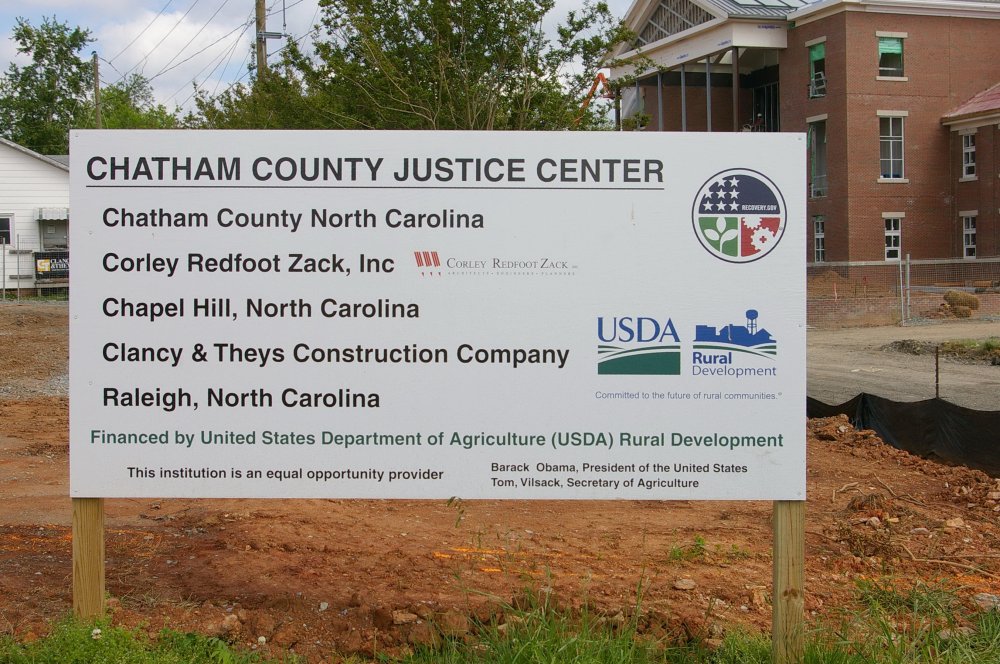 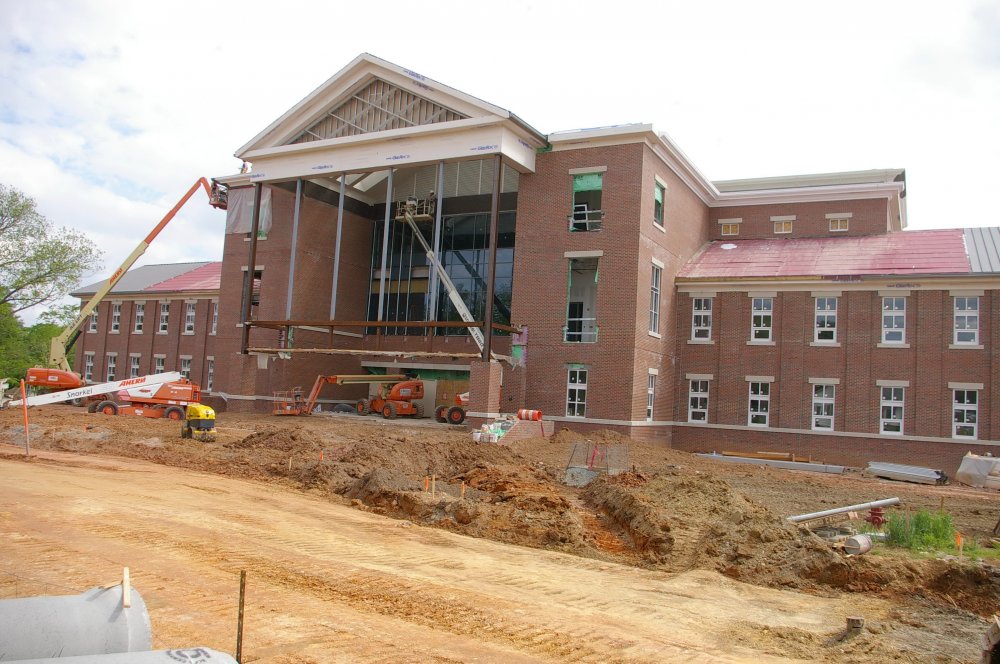 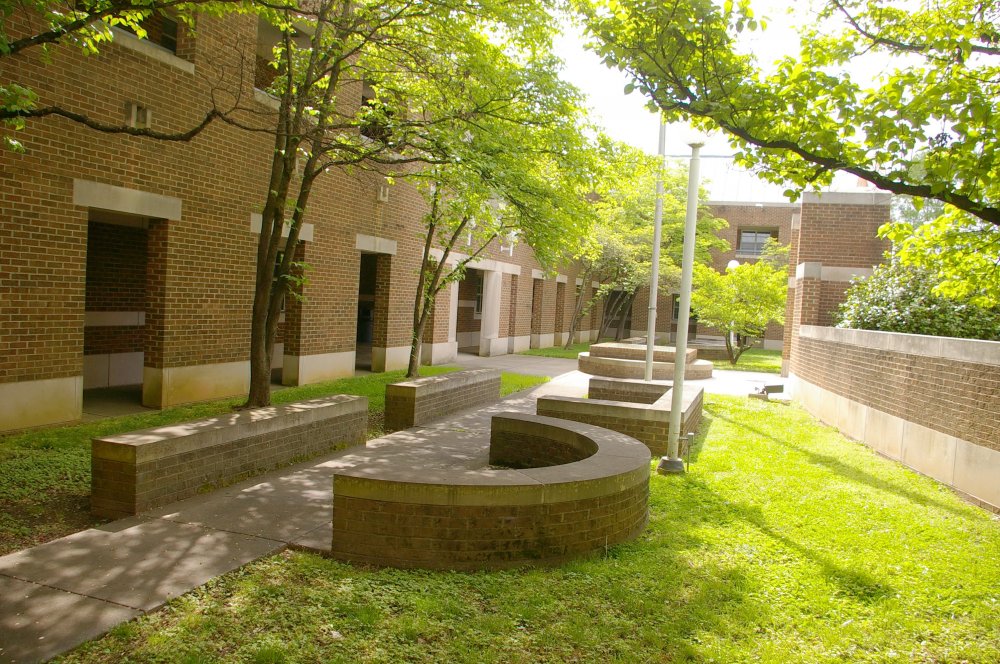