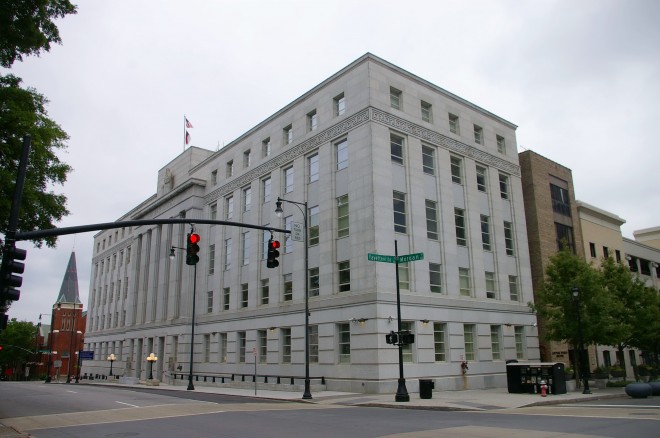 Description: The building faces north and is a five story gray stone structure. The building is the Law and Justice Building with the Supreme Court Chambers located on the third story in a paneled courtroom with an imposing screen of Ionic columns behind the bench. The building is constructed with granite. On a ledge atop the central facade stands a statue by Charles B Warren that represents law and justice.  The building is a Works Project Administration project. The building was renovated from 2005 to 2007.

See:  The Supreme Court is located in Wake County.