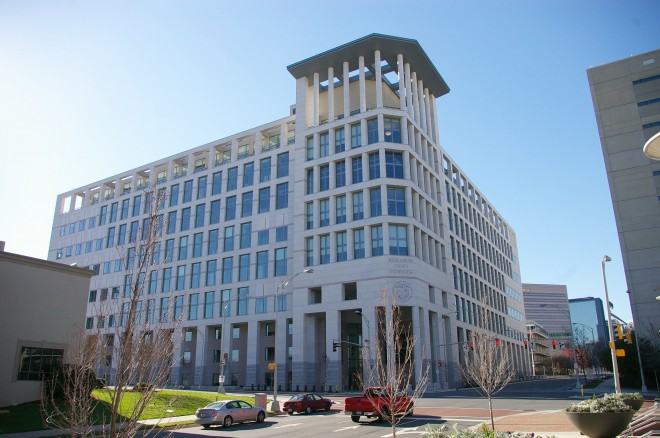 Mecklenburg County is named for the German Princess Charlotte of Mecklenburg-Strelitz, who became queen consort of King George III of Great Britain and who lived from 1744 to 1818. 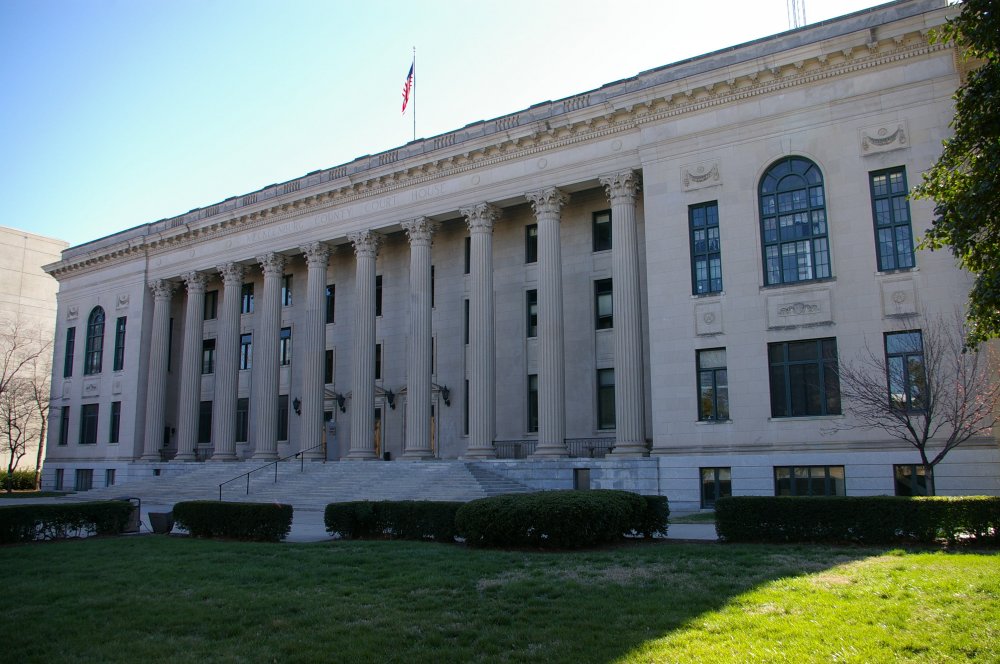 Description:  The building faces north and is a three story gray colored granite stone, limestone and bronze structure. The rectangular shaped building is located on landscaped grounds in the center of Charlotte to the northwest of the new courthouse. The building has a rusticated granite basement and has a wide recessed porch supported by ten large stone Corinthian columns. The three large doorways are bronze. On either side of the wide porch is a large arched window on the second story with smaller windows on either side. A projecting stone cornice follows the flat roof line. Wide steps descend from the porch on the first story. In the interior there is a cross hall plan with marble walls, floors and stairs. 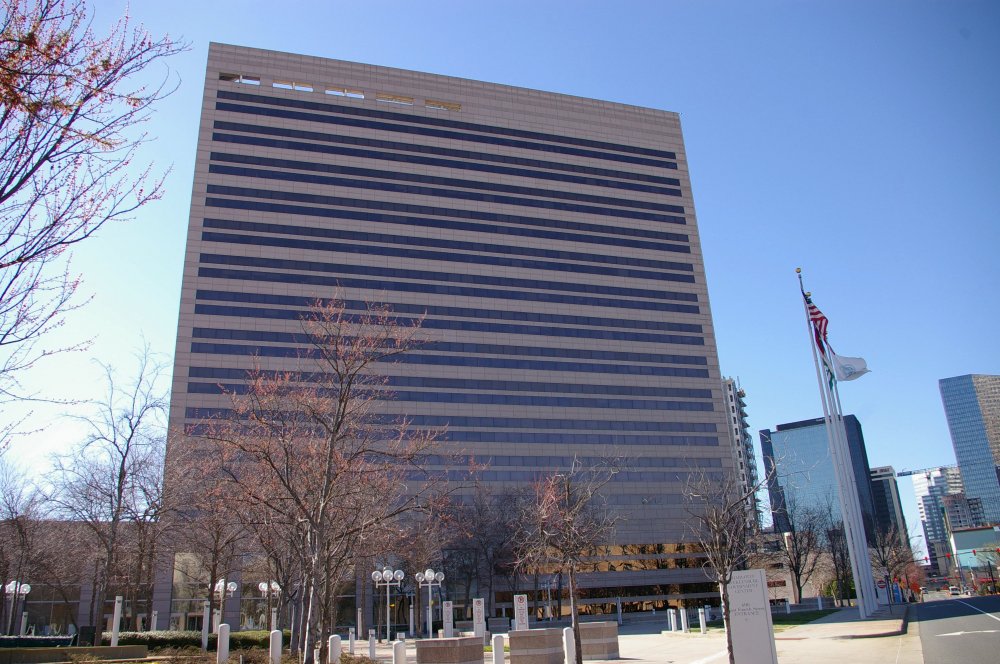 Description:  The building faces north and is a fourteen story glass and concrete structure. The triangular shaped building is located in the center of Charlotte to the northwest of the courthouse. The windows are horizontal and the roof line is flat. The building is named as the Charlotte-Mecklenburg Government Center and faces onto a wide plaza. 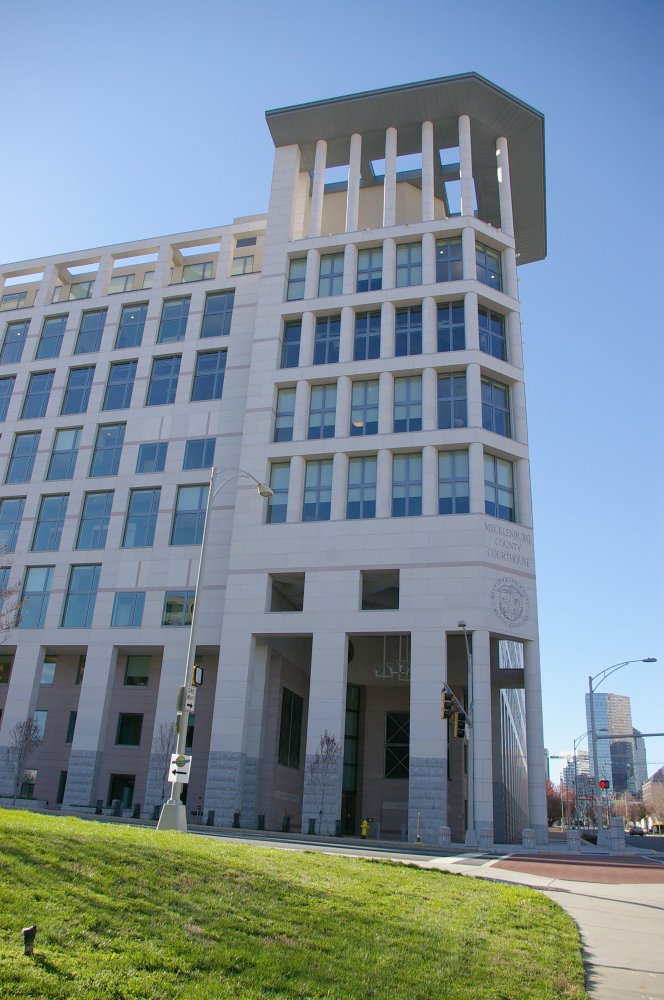 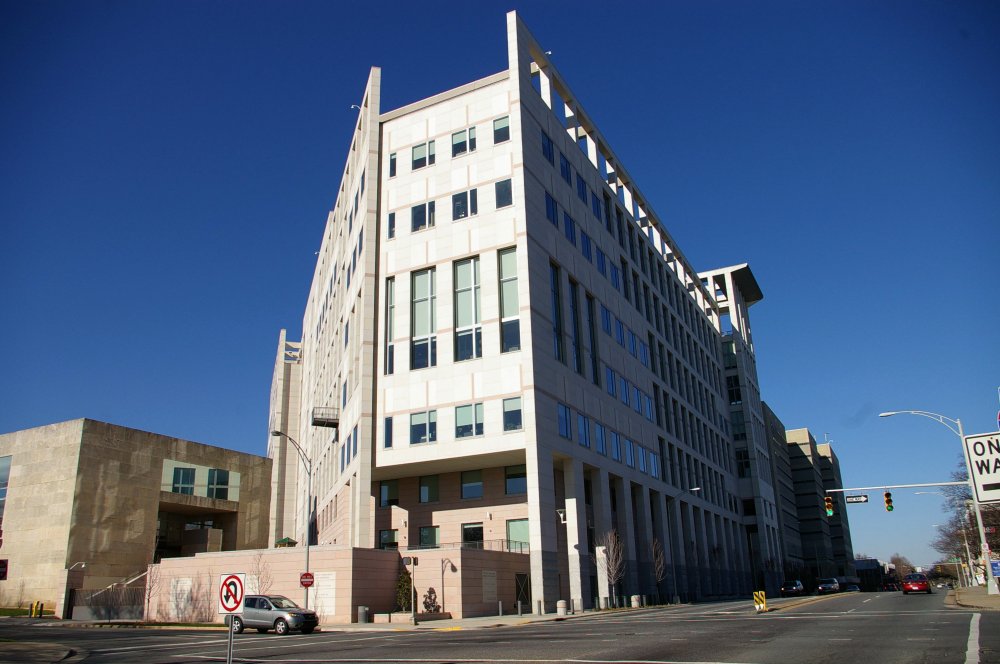 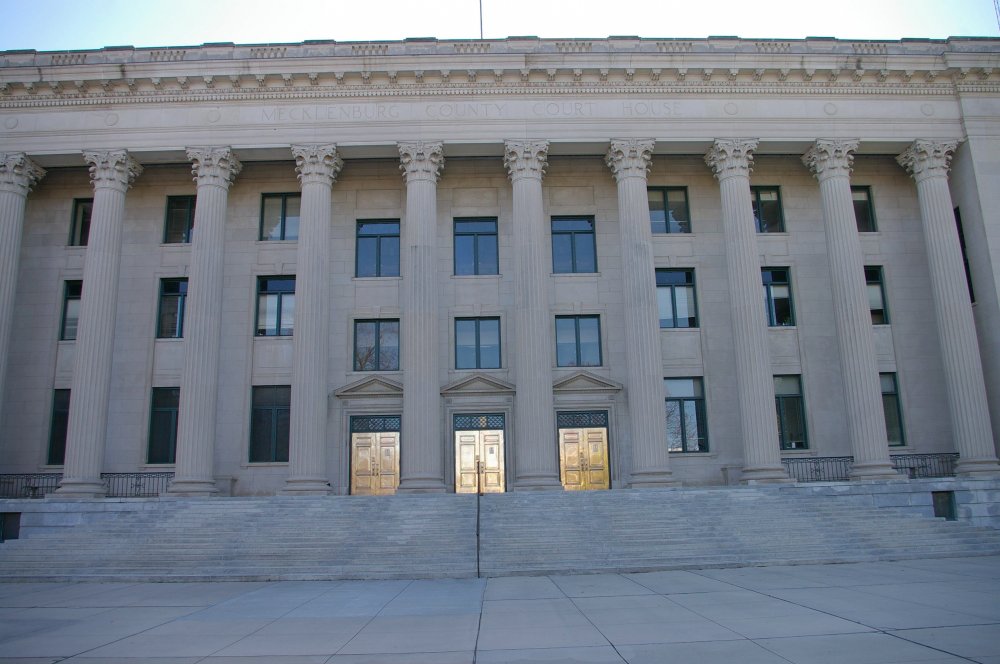 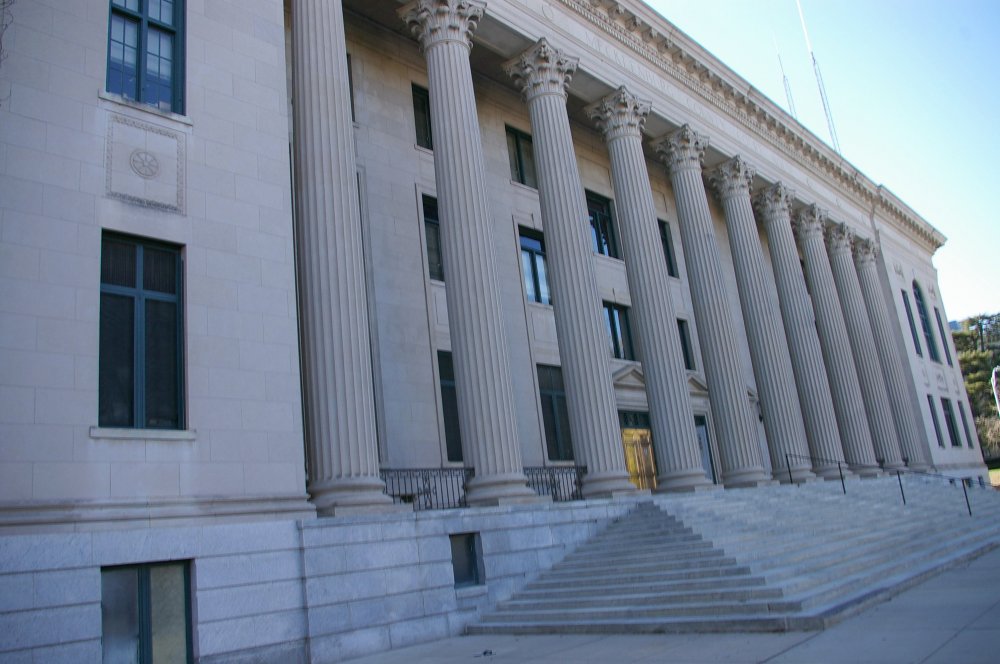 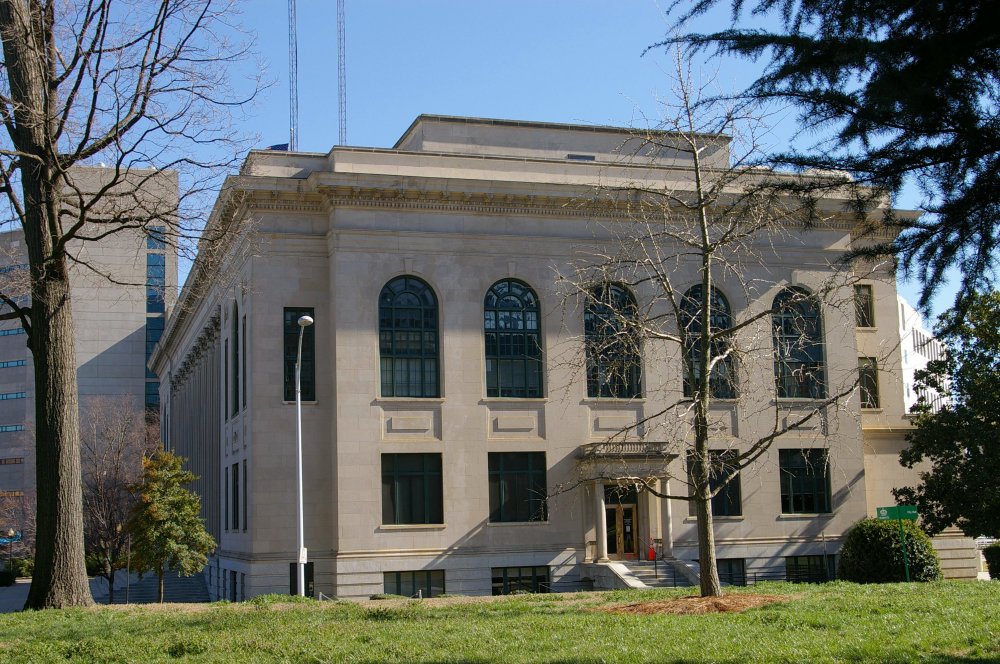 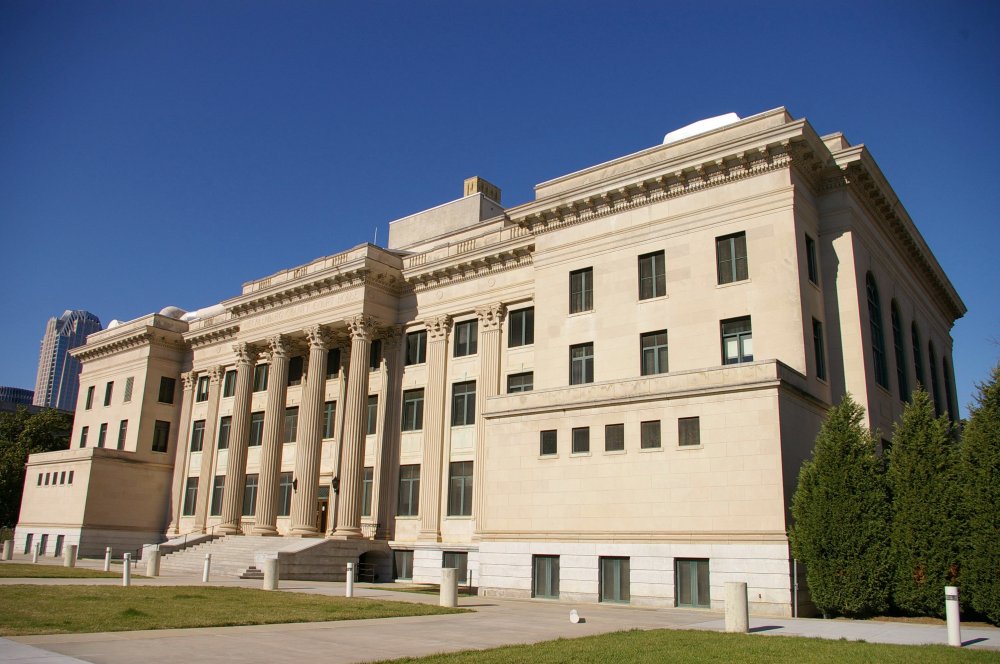 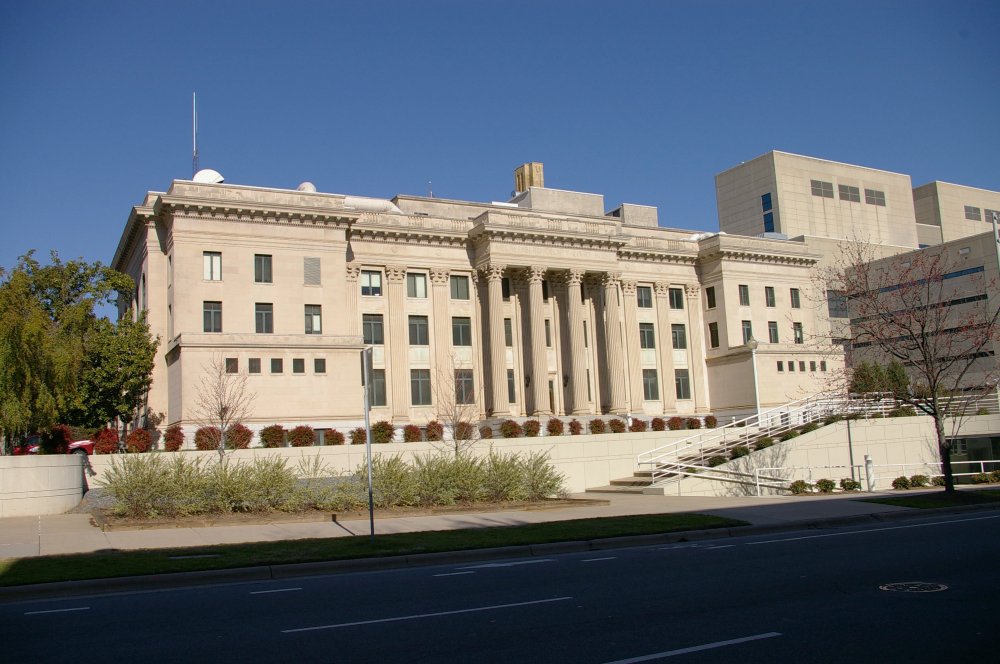 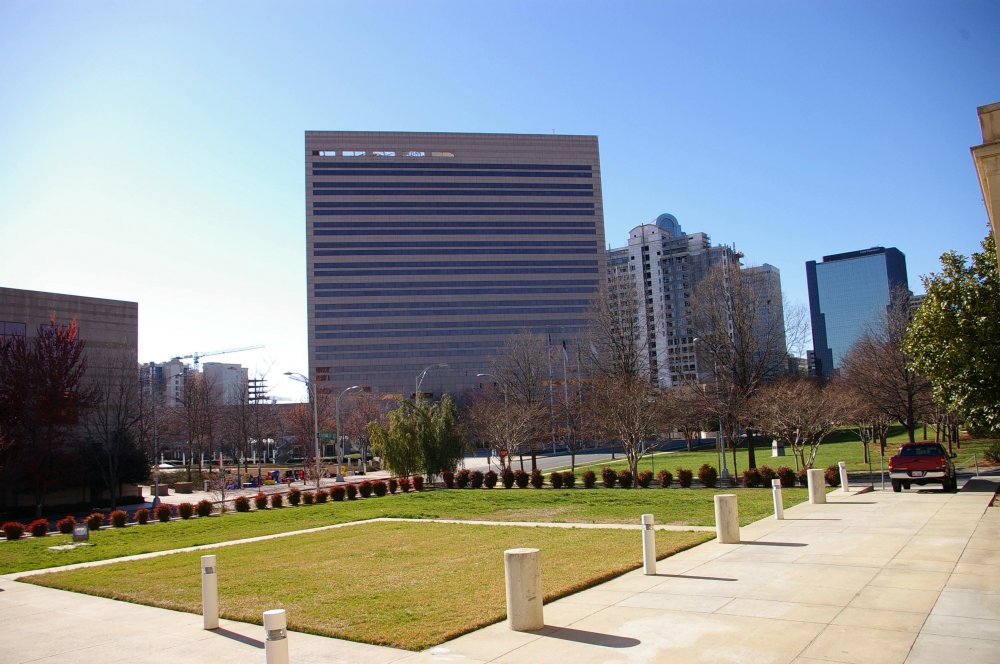