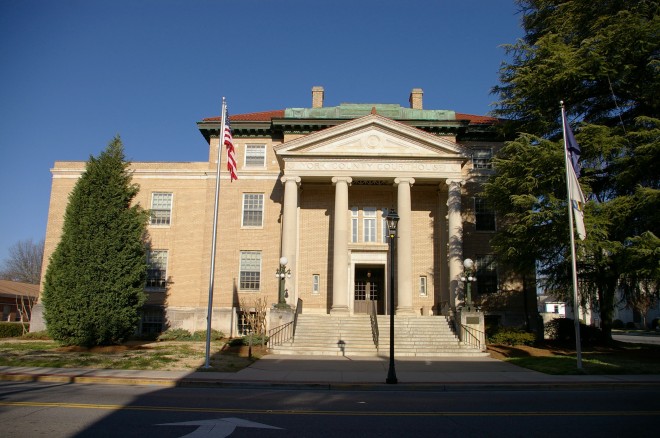 Description: The building faces east and is a three story yellow colored brick structure. The building has a large portico supported by four large columns rising to a pediment below the roof line. The entrance doorway is framed with stone. Behind the portico is a green header at the top of the brick wall. The roof is hipped. A wing extends on the south side and on the west side and was built in 1955. In 2014, the building stands unoccupied.

Note:  Rock Hill Heating and Plumbing Company was awarded the contract for the heating and plumbing in 1914. 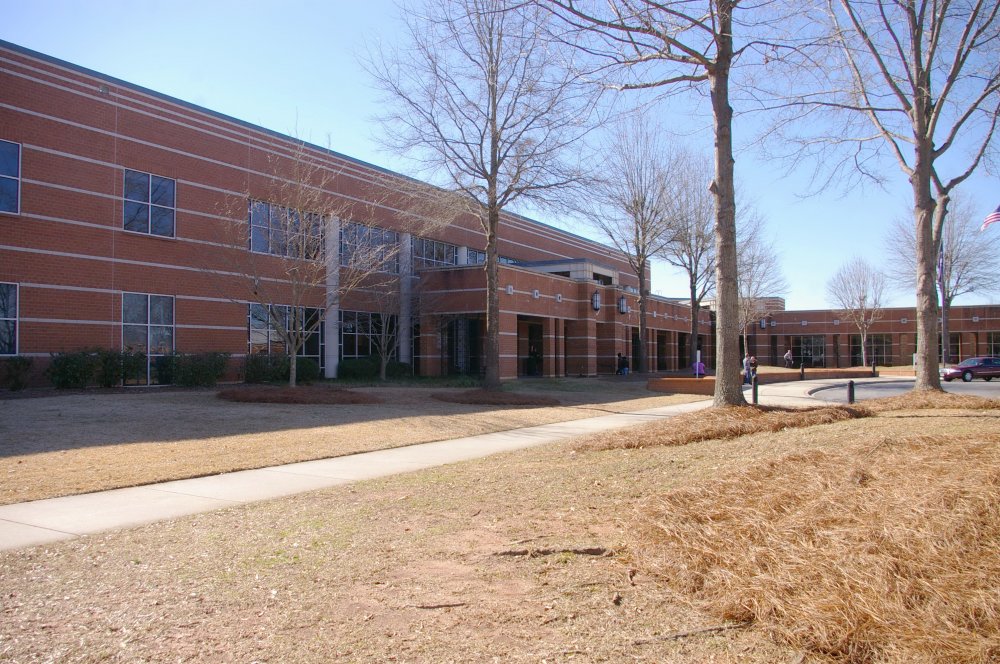 Description: The building faces north and is a two story red colored brick, glass and concrete structure. The building is located on spacious landscaped grounds to the southeast of the center of York and is “L” shaped with a south wing and west wing. The north front has a one story porch with brick pillars which runs part way along the south wing and along the west wing. The second story windows are horizontal.  Horizontal belts run across the exterior. The roof line is flat. The building is named as the Joseph R Moss Criminal Justice Center.

Note:  During construction, four of the five subcontractor went bankrupt which delayed completion. 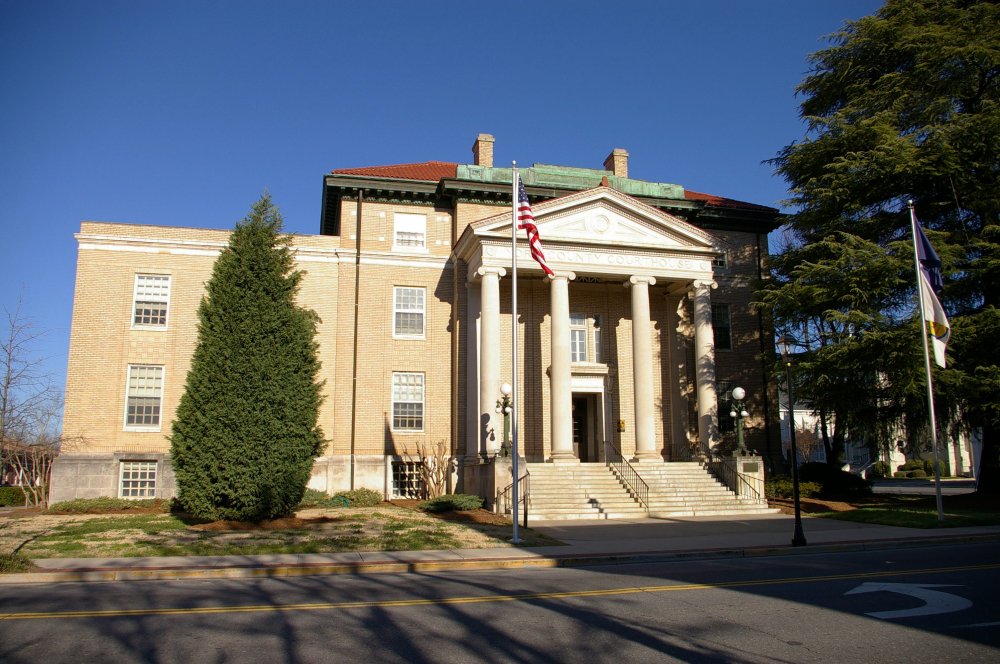 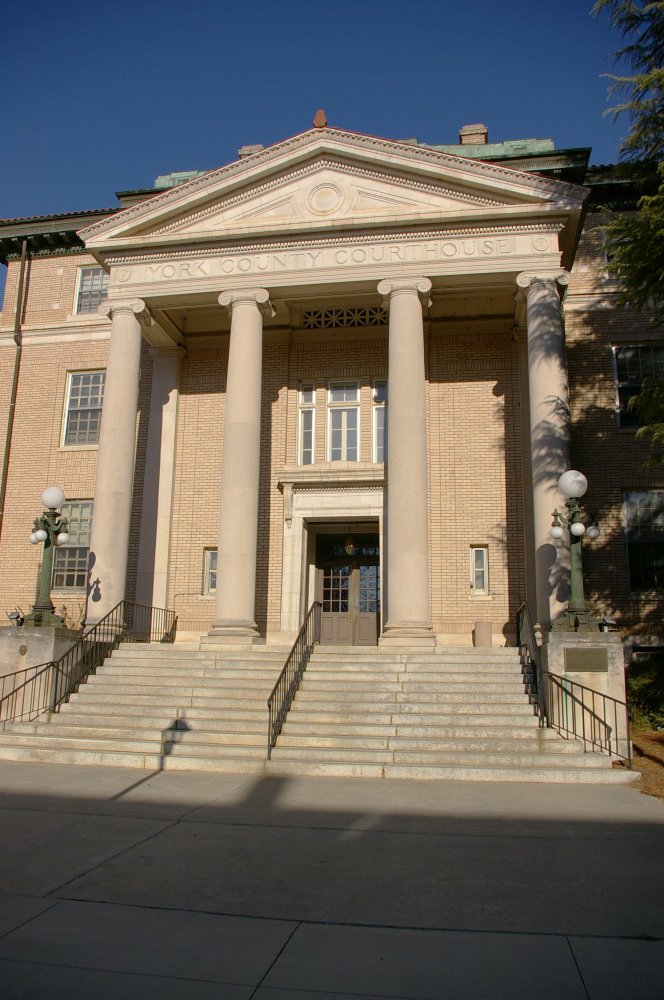 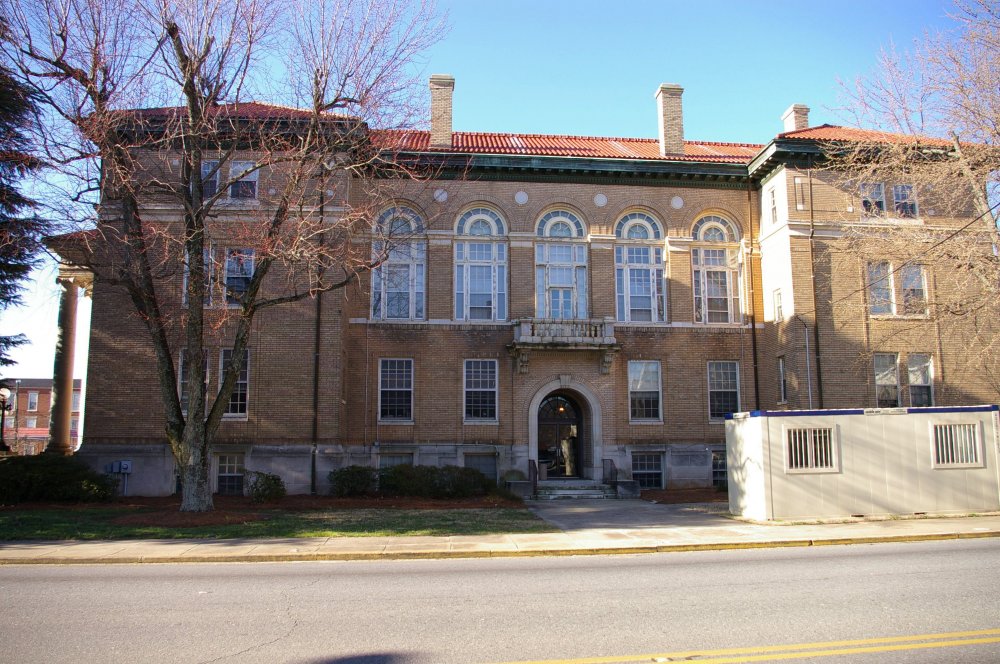 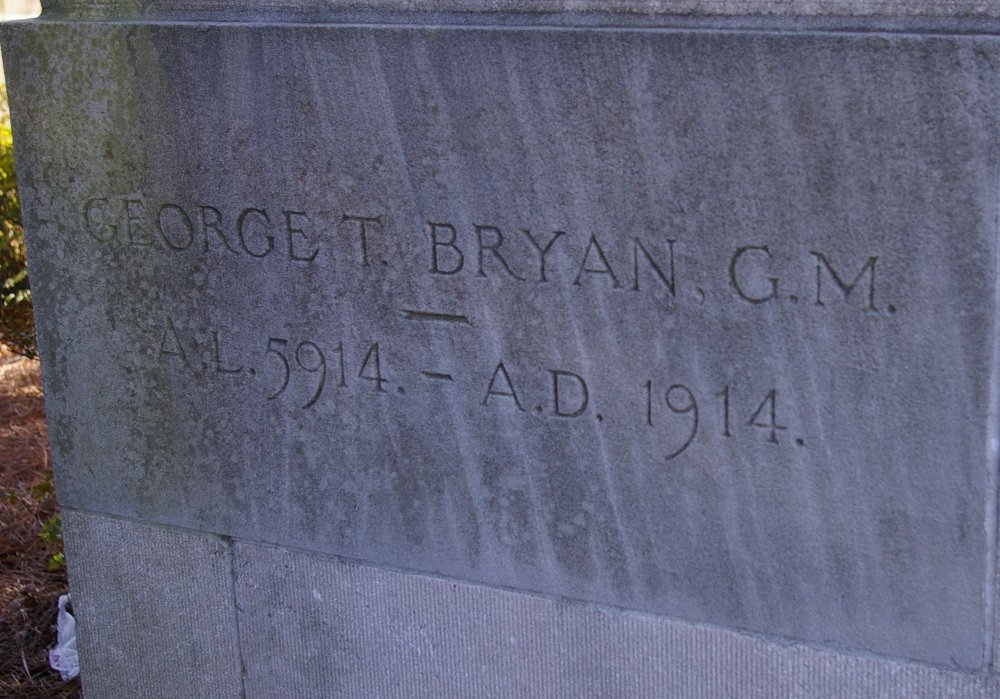 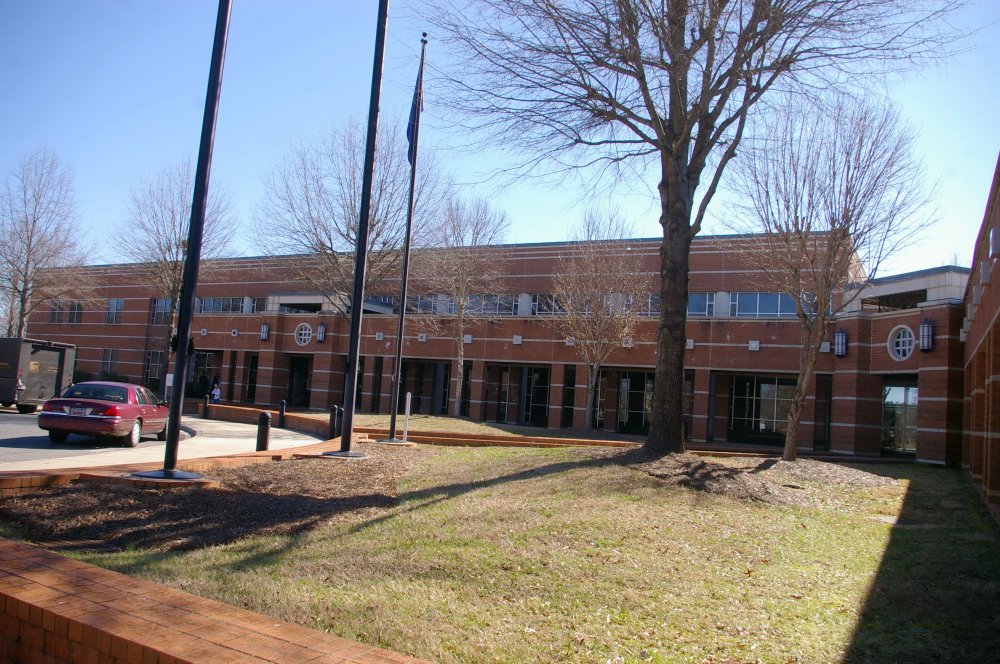 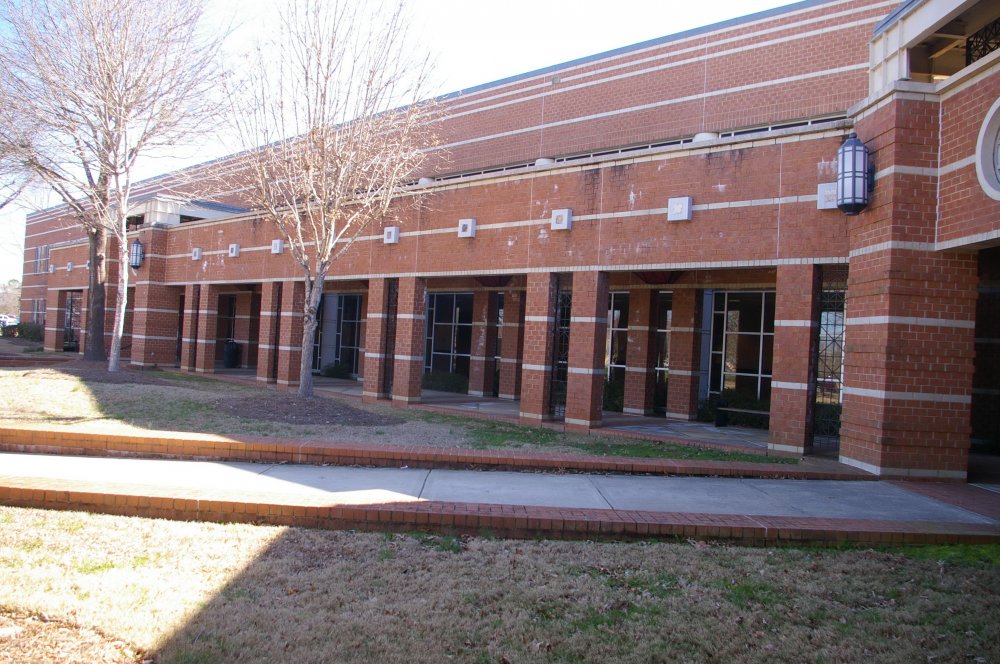 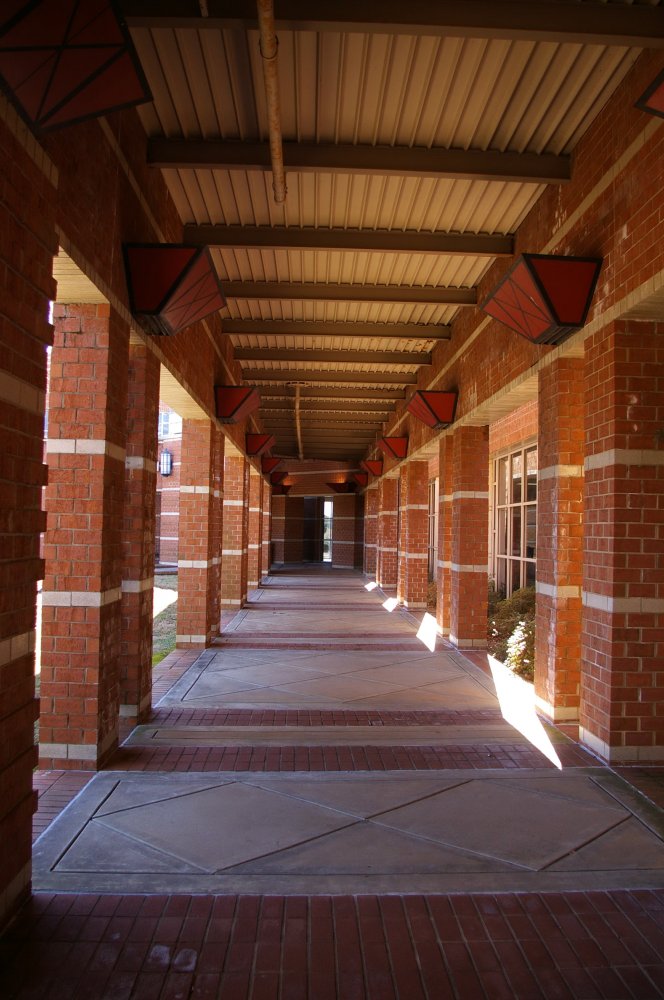