Union County is named as a comprise after a dispute between local Whigs and Democrats as to whether the county should be named for Henry Clay or Andrew Jackson.

Description:  The building faces east and is a two story red colored brick structure. The building is located on landscaped grounds in the center of Monroe. The building has a small portico at the front supported by four thin columns. Above the portico are three arched windows with pediment at the roof line, and with inset arched window on either side on the second story. A projecting cornice runs below the roof line on the main section of the building. On the center of the roof is a large square clock tower, erected in 1903. The interior has an axial hall with stairs rising to the stories above at the north and south ends. The stairs feature massive newel posts, turned balusters, and molded rails. The first story is simply finished with plastered walls and vertically sheathed wainscot. The courtroom is located at the center of the second story and is very large and impressive space. There are five arched windows down each side. The wall bays are divided by pilasters which support a full entablature of which the frieze is ornamented with garlands and cartouches. The room contains the usual courtroom furniture and appointments. An addition was constructed in 1922. The architect was Charles C Hook and the contractor was J M Tucker. The building was renovated in 1986. The architect was Marshall Pyne McDowell and the contractor was Harry A Godfrey. The building was restored in 2021. The architect was Walter Robb Callahan & Pierce of Winston Salem and the contractor was Progressive Contracting Company Inc. of Sanford. 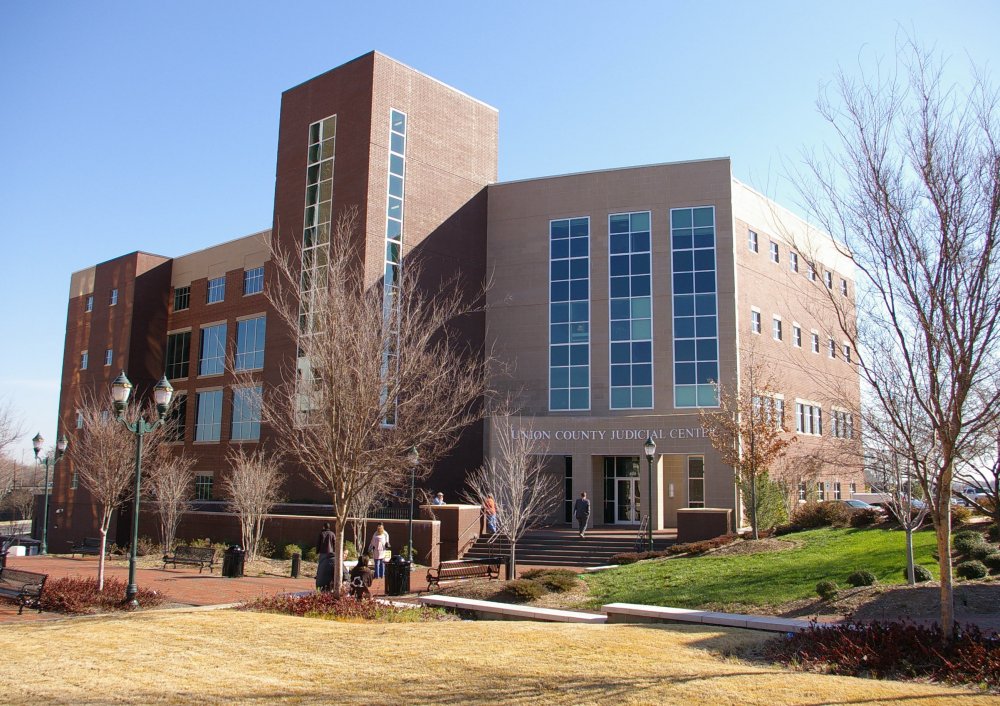 Description:  The building faces west and is a four story, brick, glass and concrete structure. The building is located on landscaped grounds to the north of the courthouse in the center of Monroe. The building faces onto the plaza. The south section is a pink color with recessed entrance and three banks of vertical windows on the west side. The north section is dark red with a five story tower with small windows. The building houses the County Superior Court and County District Court of the 20th Judicial District. 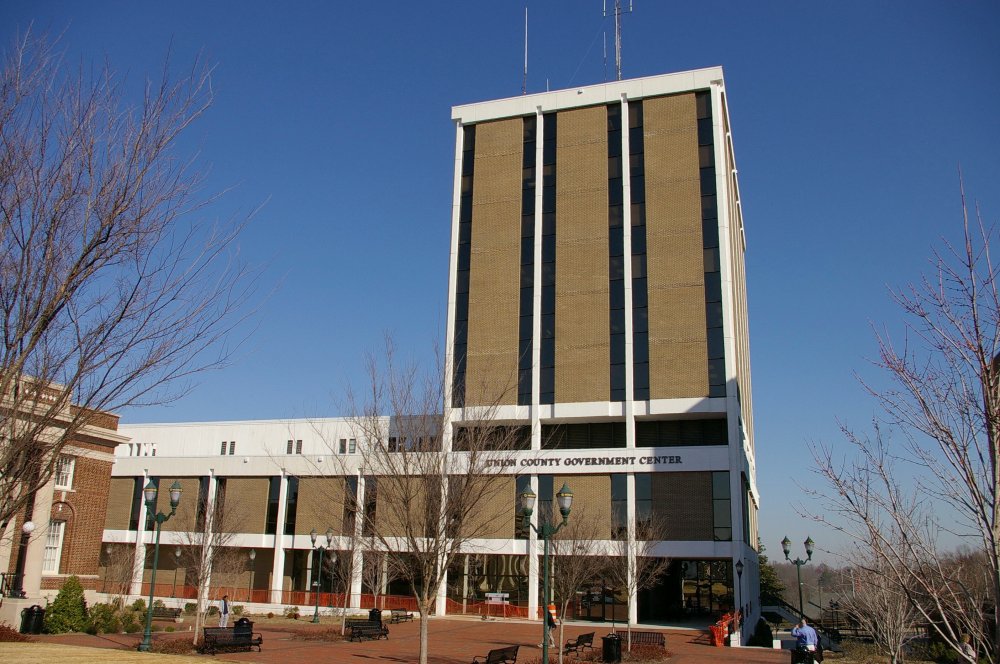 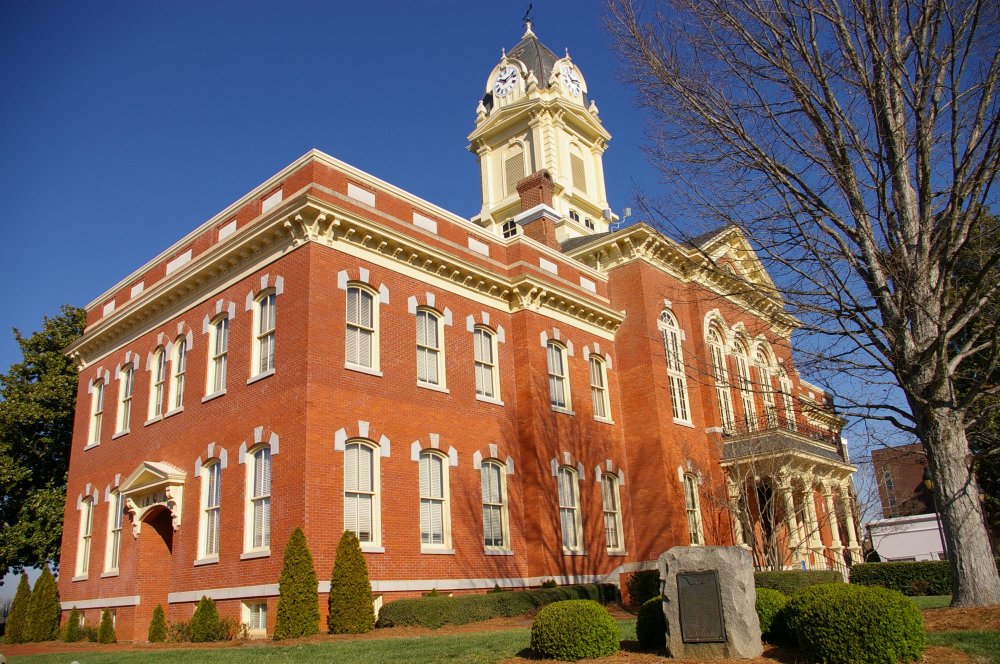 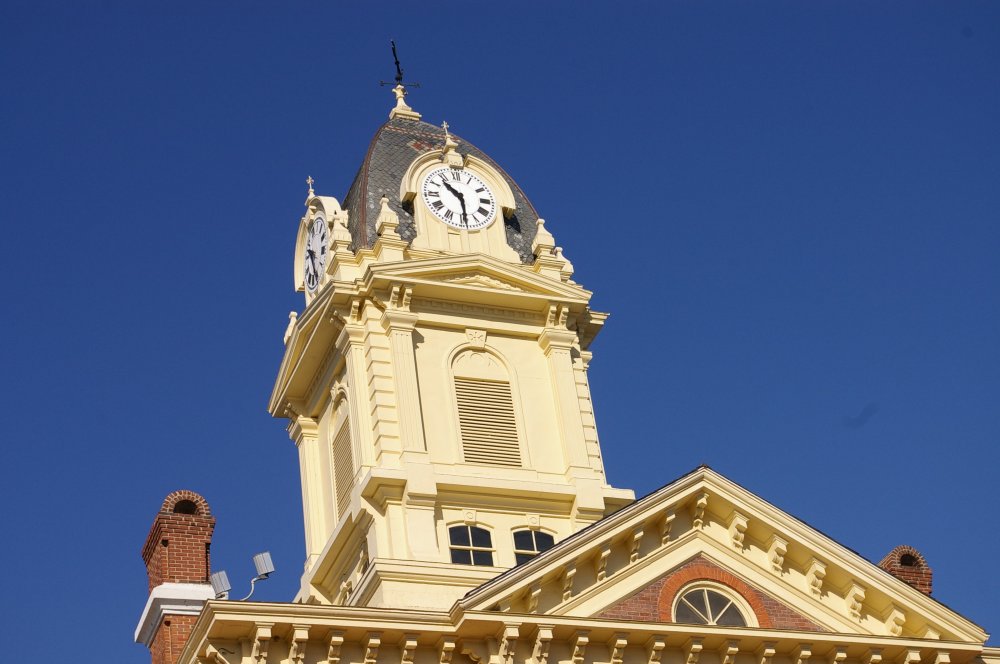 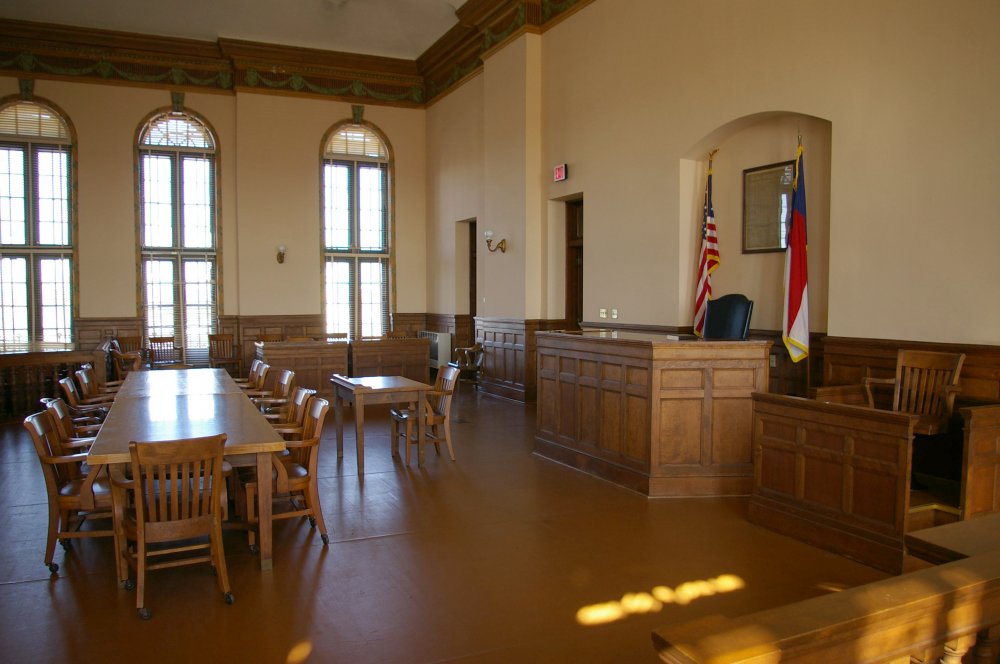 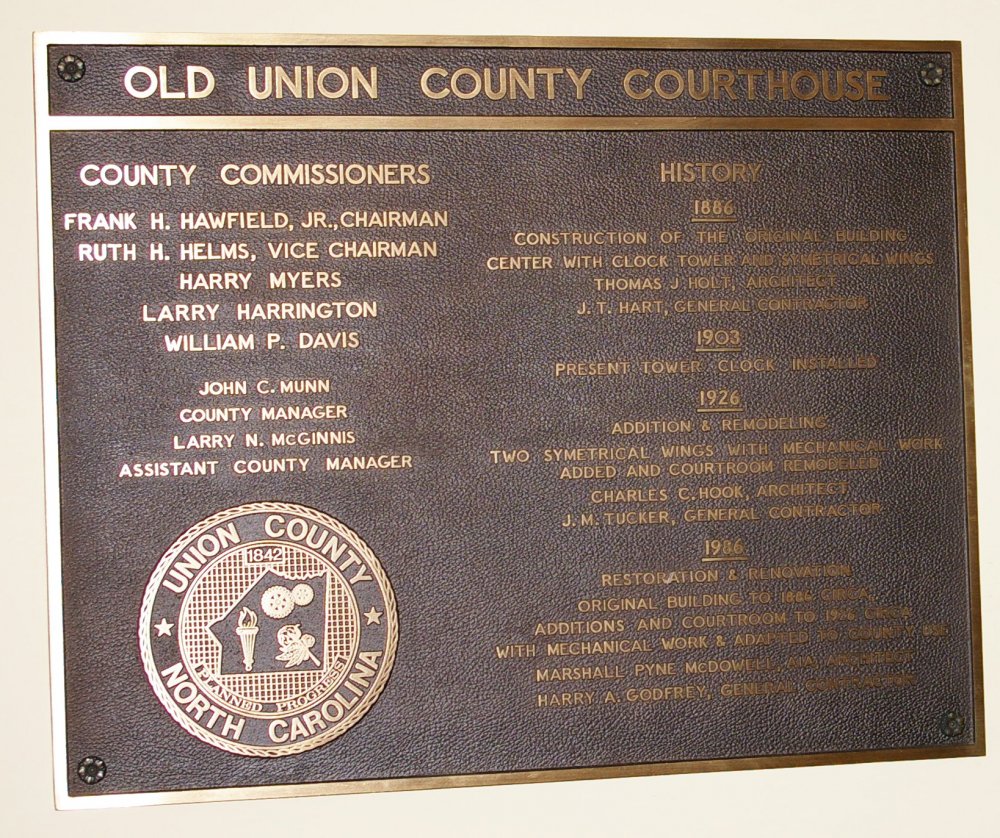