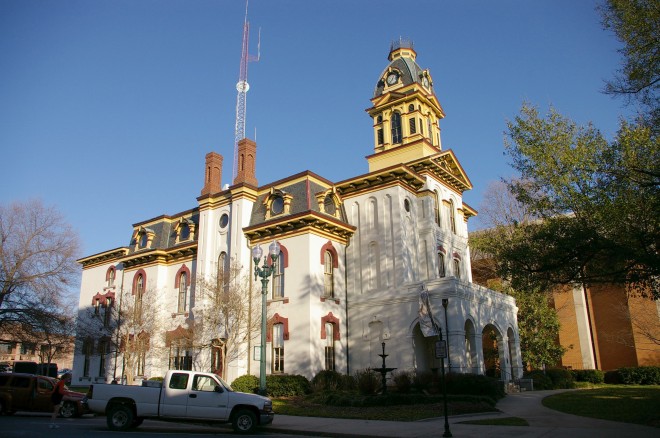 Cabarrus County is named for Stephen Cabarrus, who was a member of the legislature and Speaker of the North Carolina House of Commons, and who lived from 1754 to 1808.

Description:  The building faces southwest and is a three story brick and stucco structure. The building is located on landscaped grounds in the center of Concord and  faces onto a small park. The south front projects from the main building with large arch at the first story entrance and two smaller side arches. The building rises to a pediment with a large square clock tower on the roof behind the pediment. The main building has a mansard roof with pothole windows. The old courtroom is located on the second story. The building served as the courthouse until 1974. The brick contractor was Michael Maffitt. 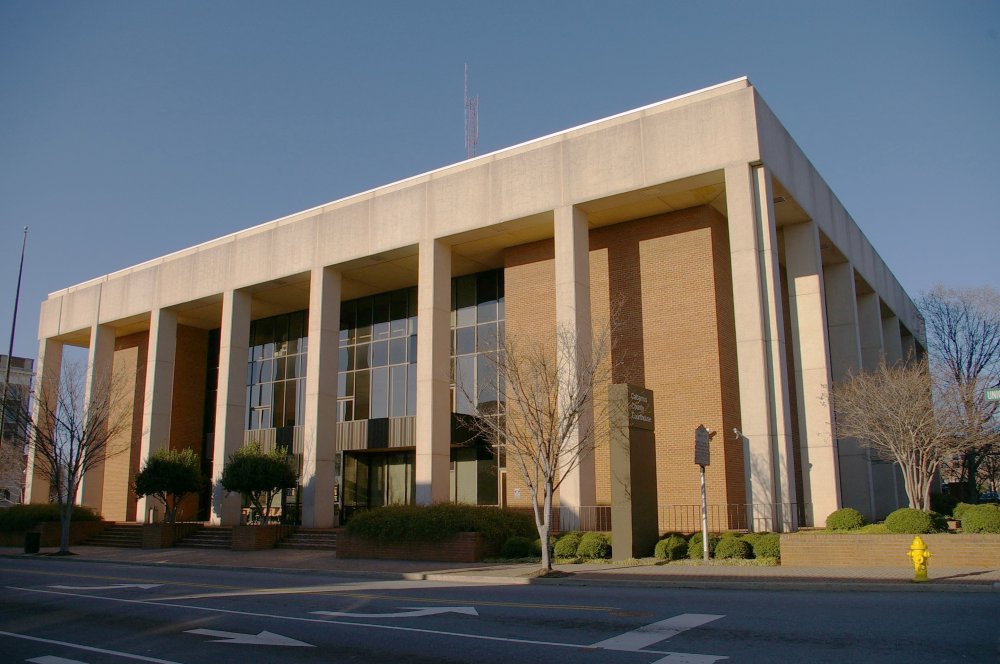 Description:  The building faces southwest and is a three story concrete and glass structure. The building is located on landscaped grounds in the center of Concord. The building and has a eight concrete pillars across the front with a recesses glass and brick wall. The concrete pillars are also along the east and west sides.The building houses the County Superior Court and County District Court of the 19th Judicial District. The courthouse is expanding and construction will be in 2020 to 2022. The architect Silling Architects and the contractor is Messer Construction. 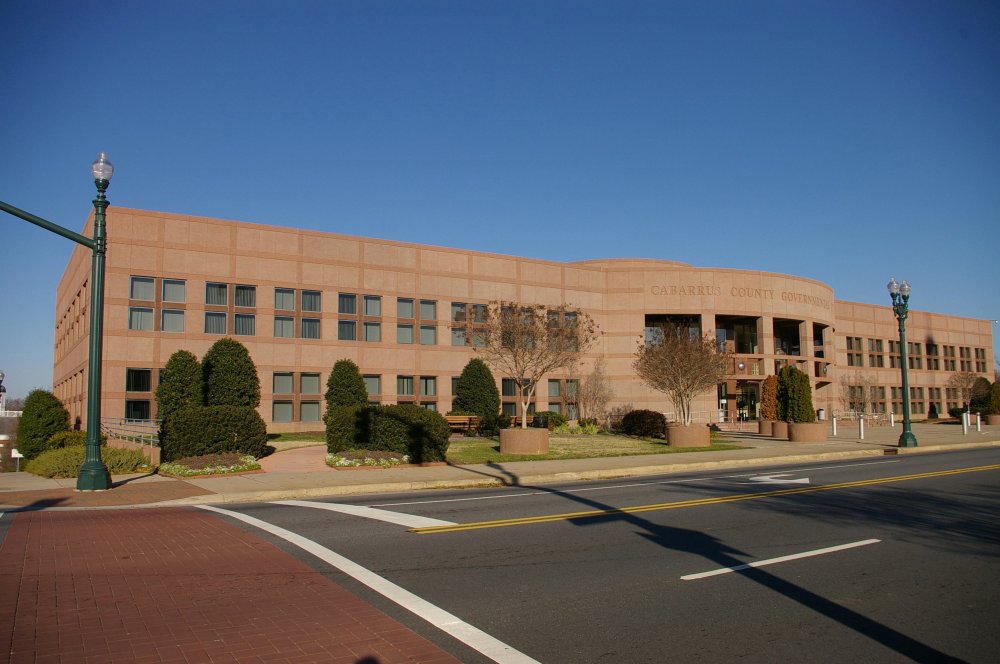 Description:  The building faces south and is a two story buff colored brick, stone and concrete structure. The building is located on landscaped grounds in the center of Concord to the north of the courthouse. The building has a semi-circular center section with two high brick pillars and recessed doorway and windows. Pink colored stone bands run vertical and horizontal across the exterior walls. The windows are grouped in four pane sections. The building is names as the Cabarrus County Governmental Center. 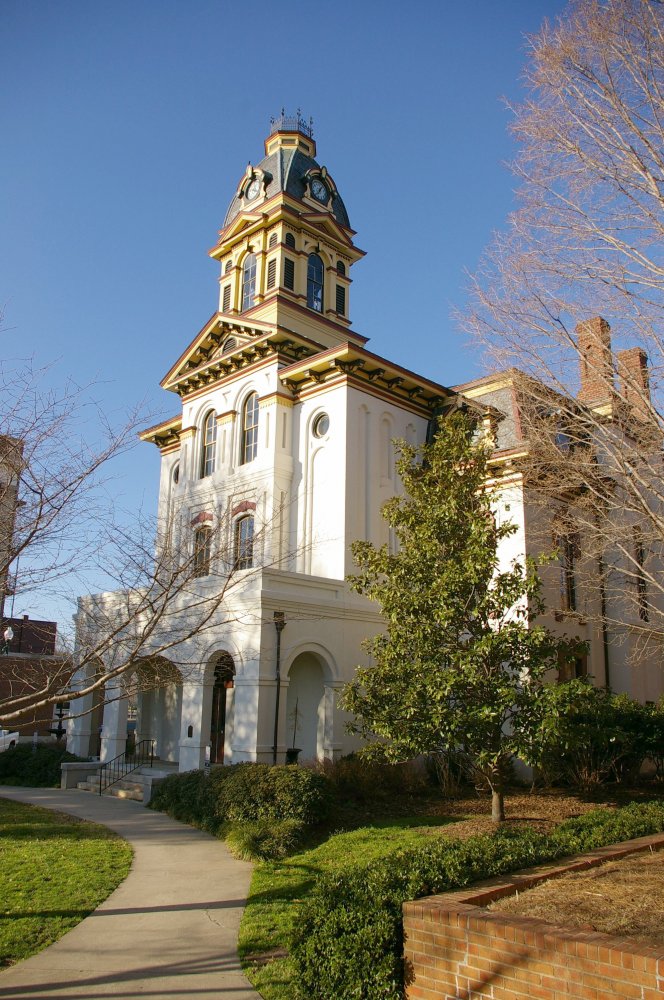 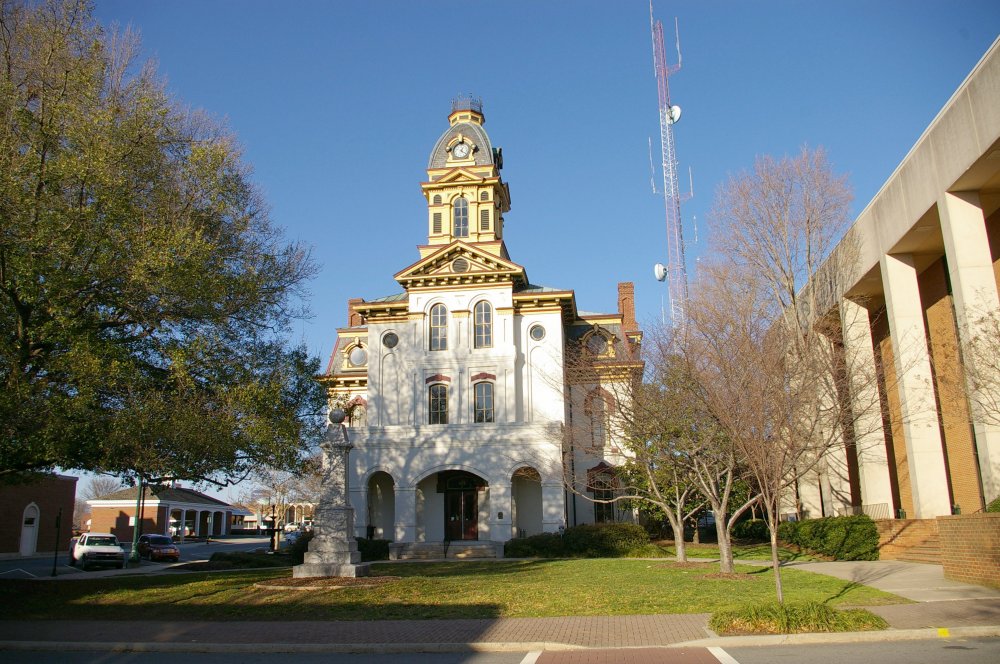 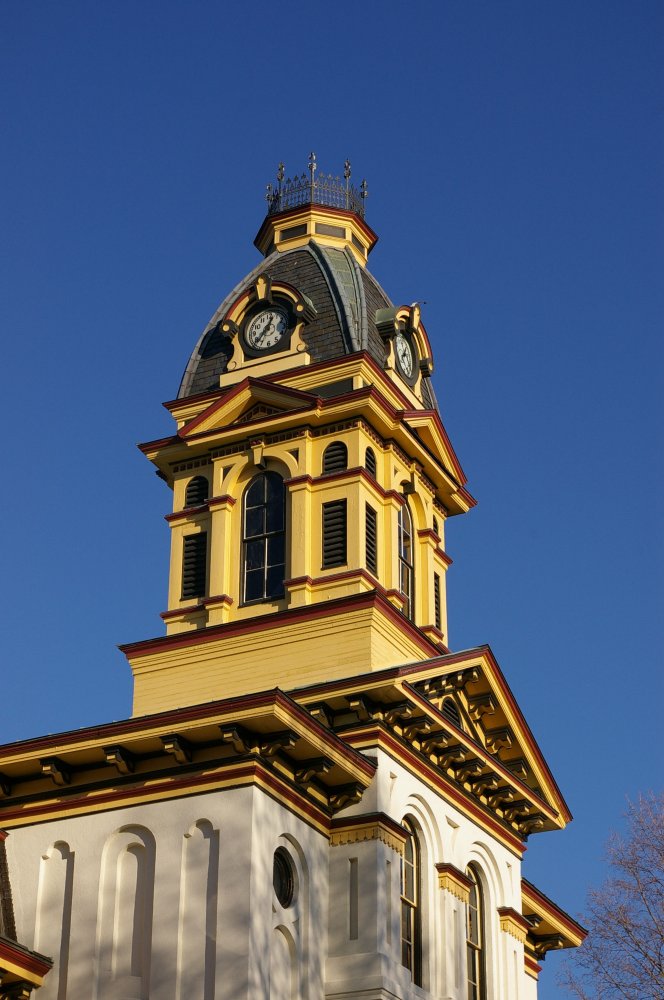 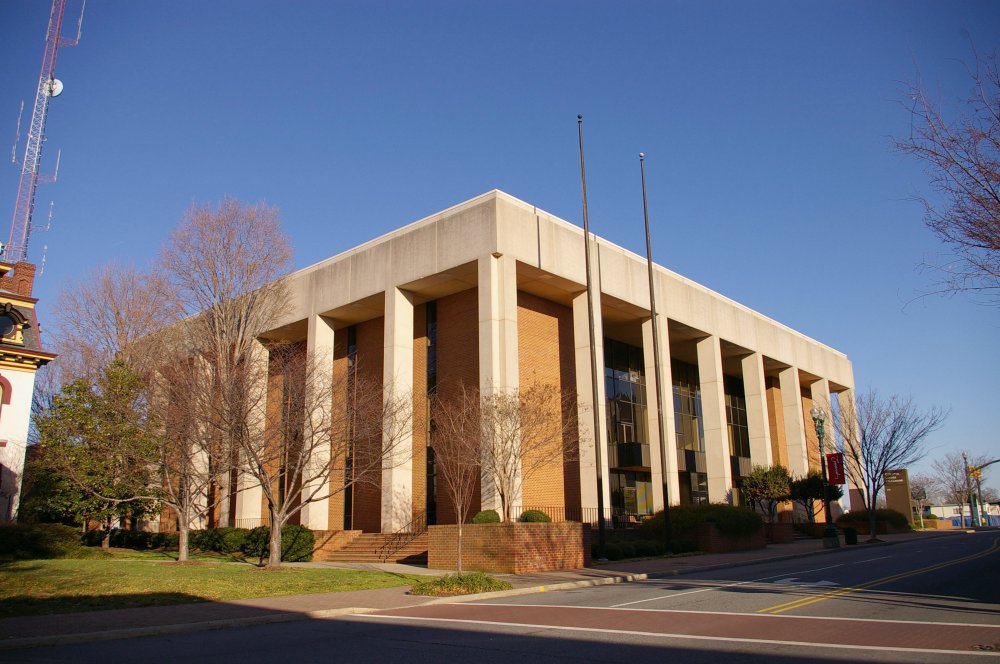 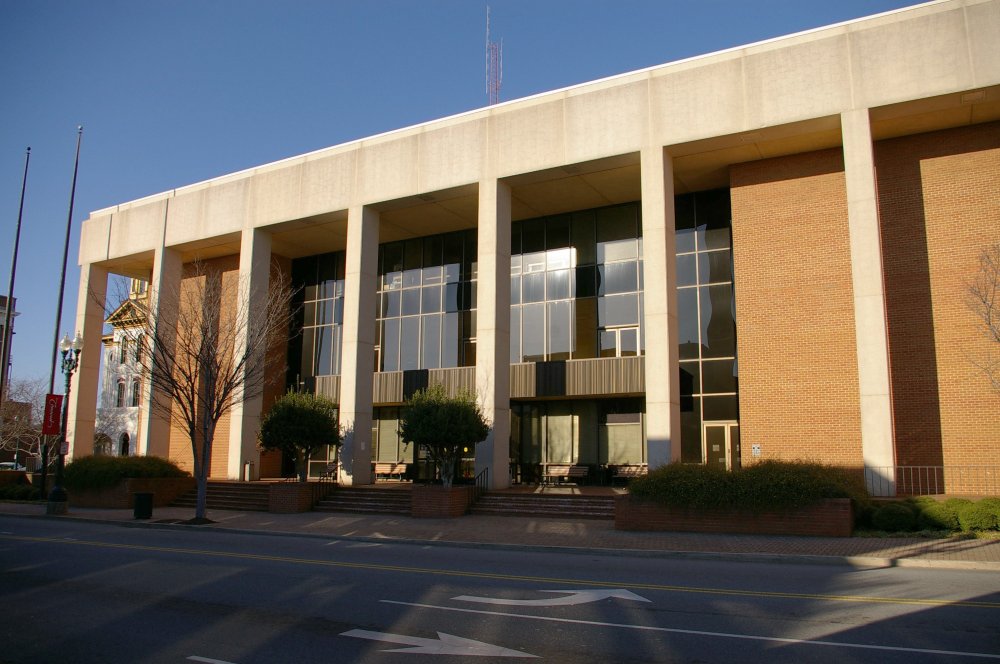 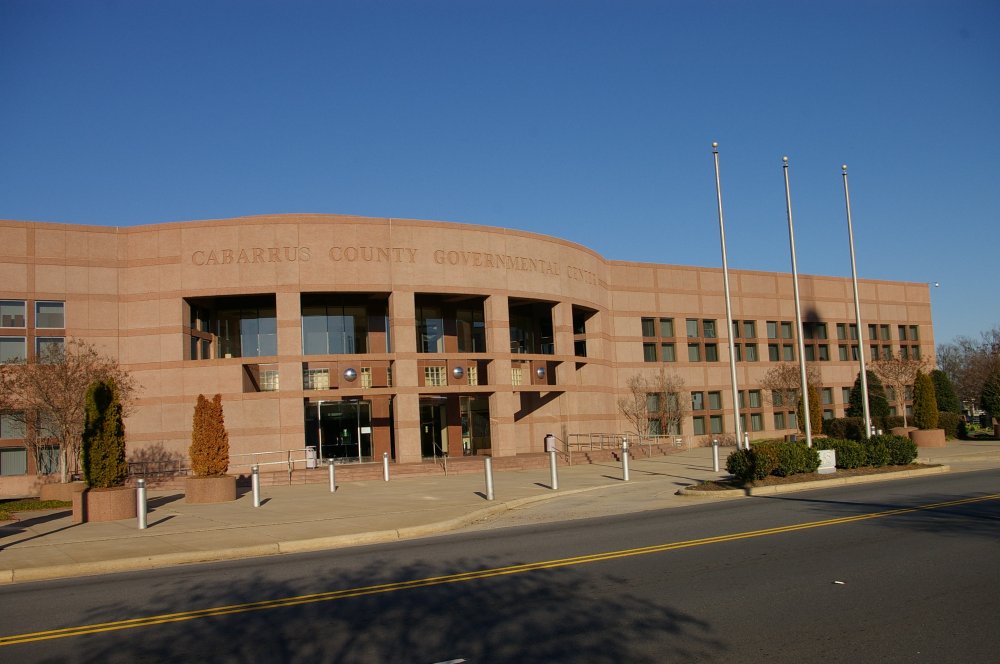 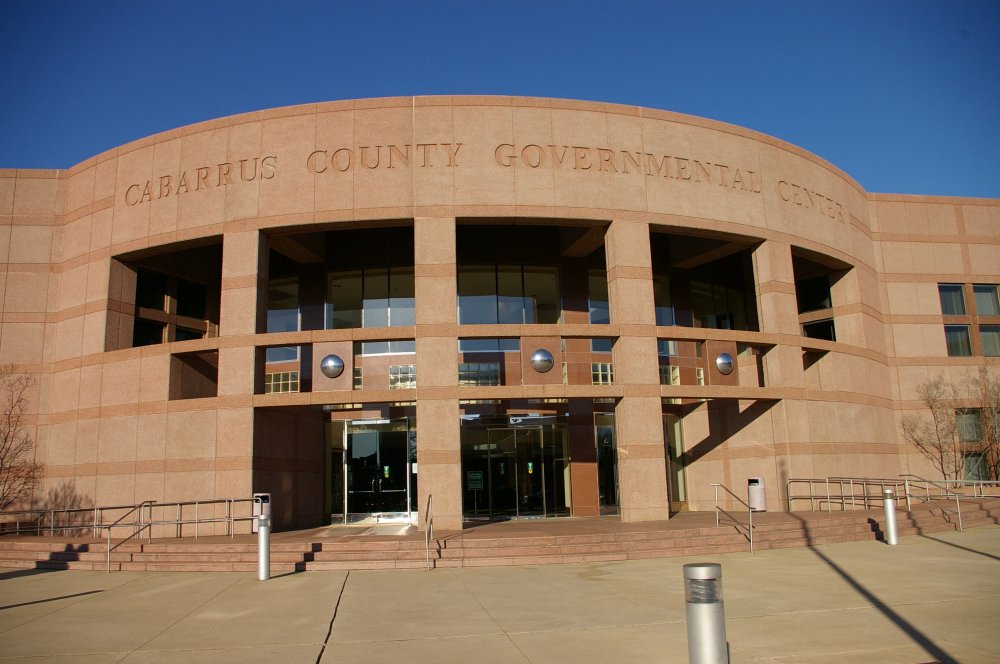