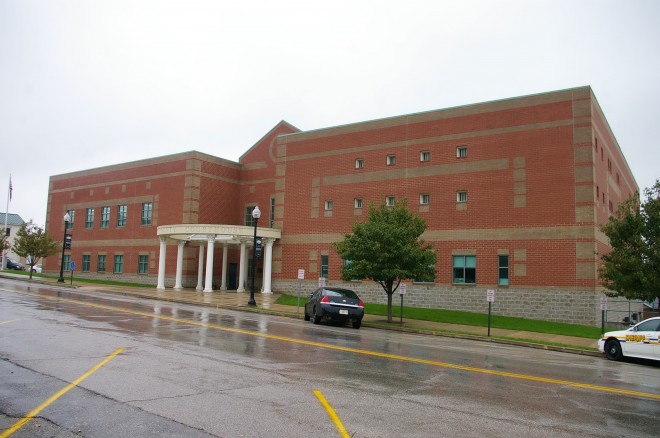 Warren County is named for Joseph Warren, who was a doctor and a soldier who ied in the Battle of Bunker Hill.

Description:  The building faces north and is a three story red colored brick, stone and cement structure. The building is located on landscaped grounds in the center of the city. The north front has a recessed center section with the entrance on the first story and peaked roof line. White colored columns form a semicircular overhang. There is stone trim at the corners and horizontal bands across the building. The base of the building is course stone.

Note:  The first courthouse was built by Solomon Jenkins in 1838 at a cost of $2,600. The second courthouse was designed by Thomas W Brady of St. Louis and was constructed by Julius Conrad and Company at a cost of $40,000 in 1869. The building was torn down and the cupola preserved. 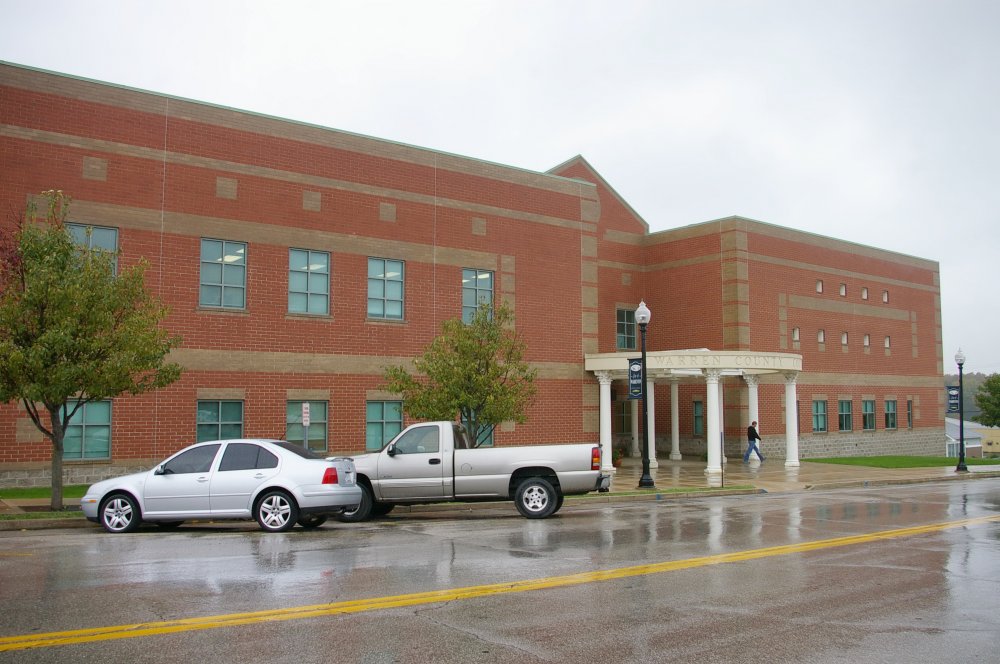 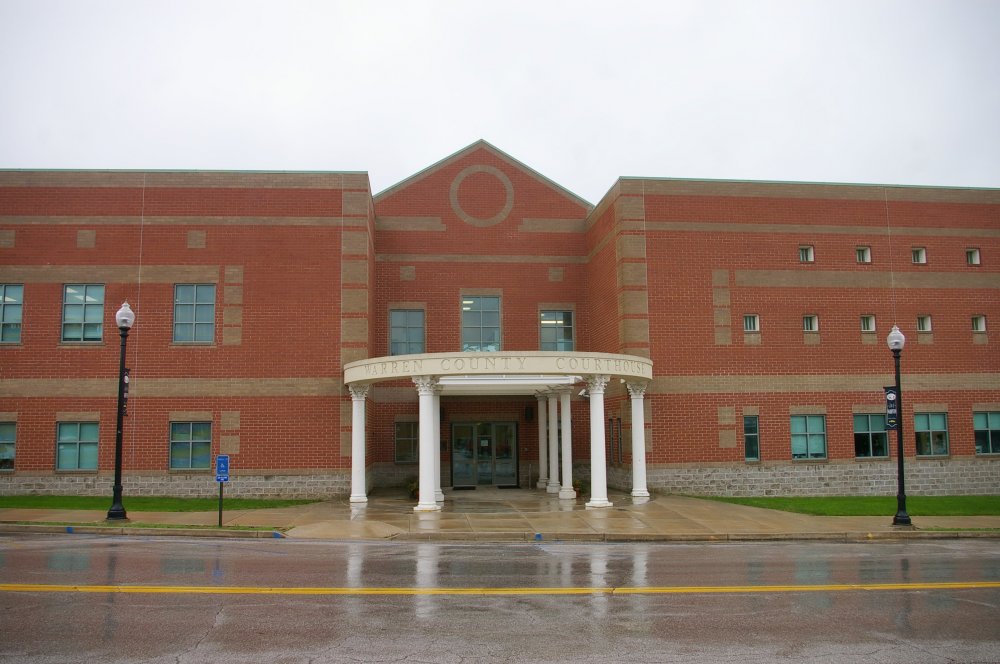 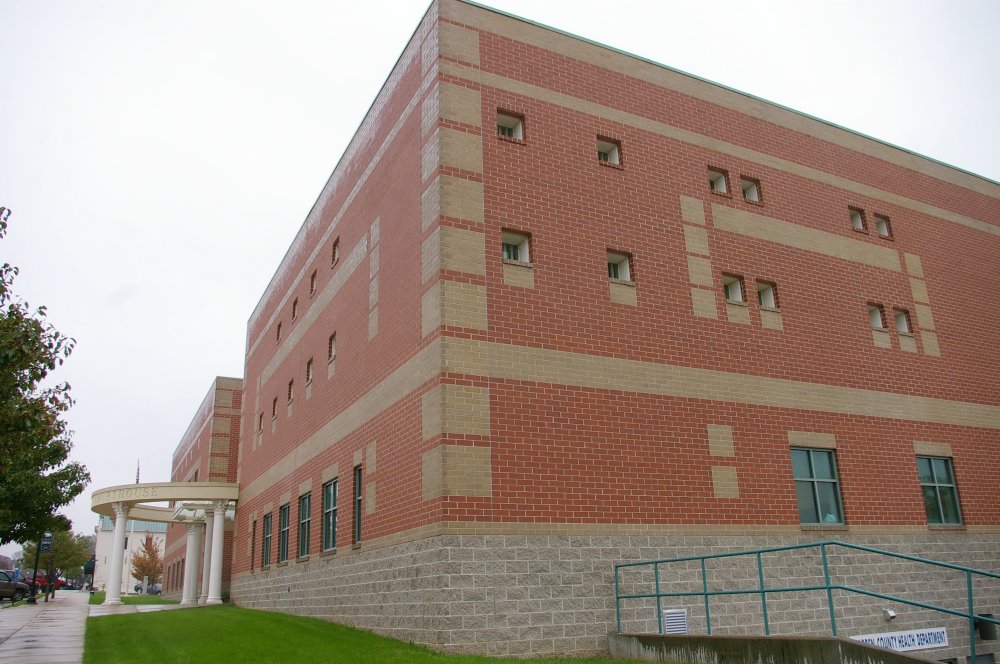 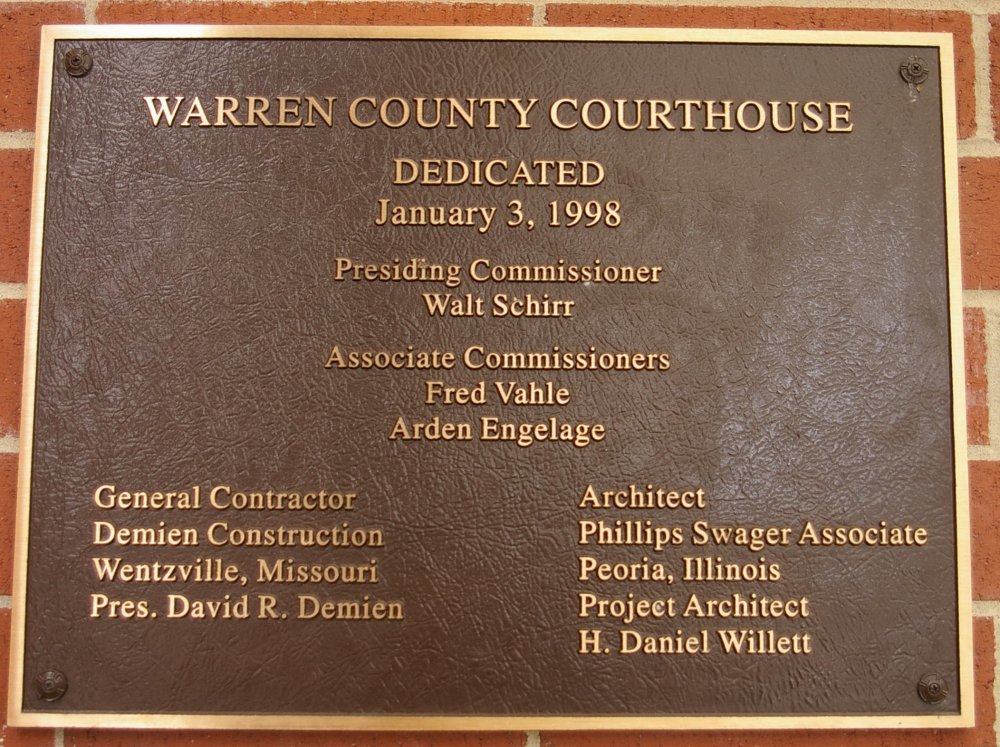 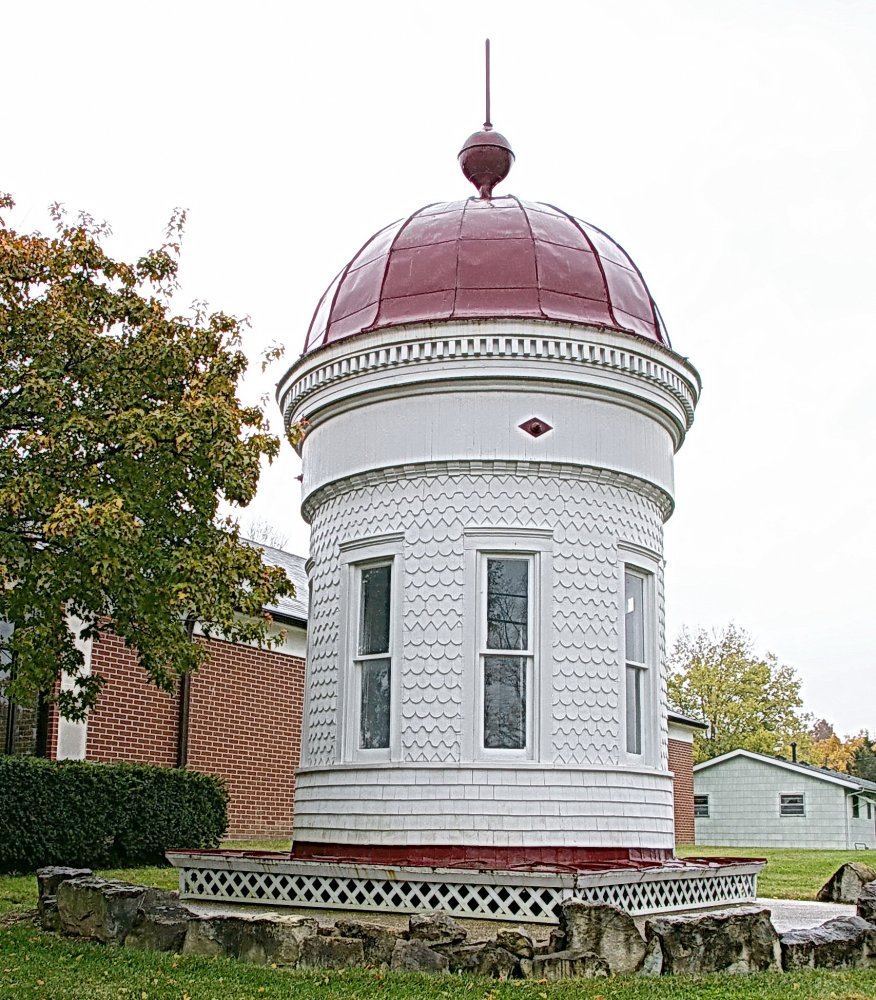 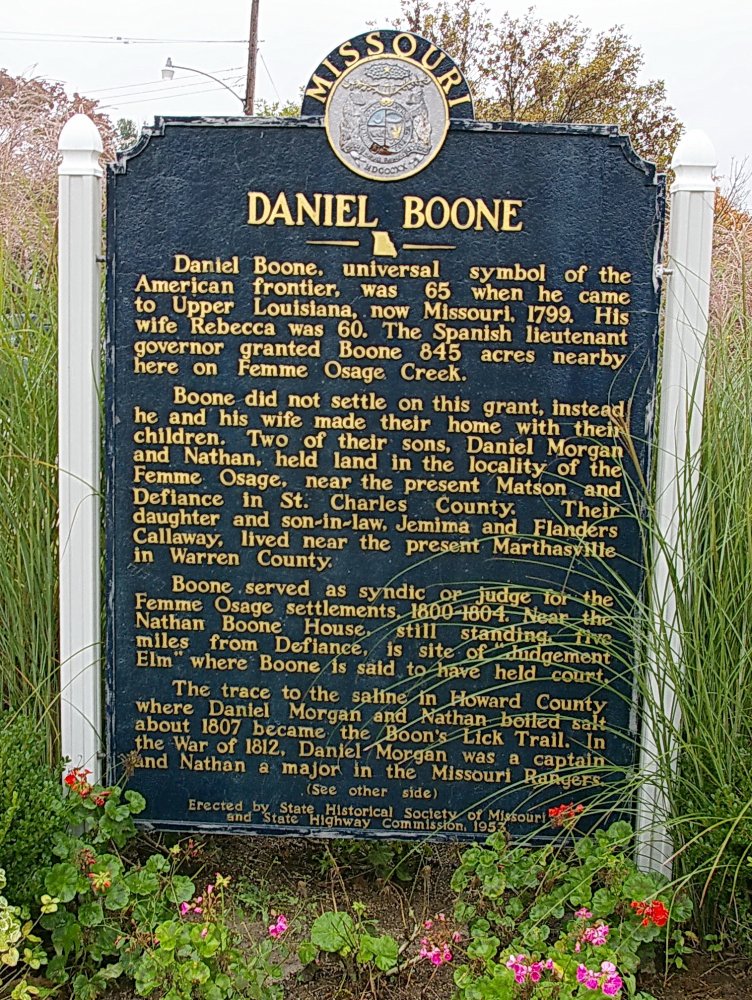